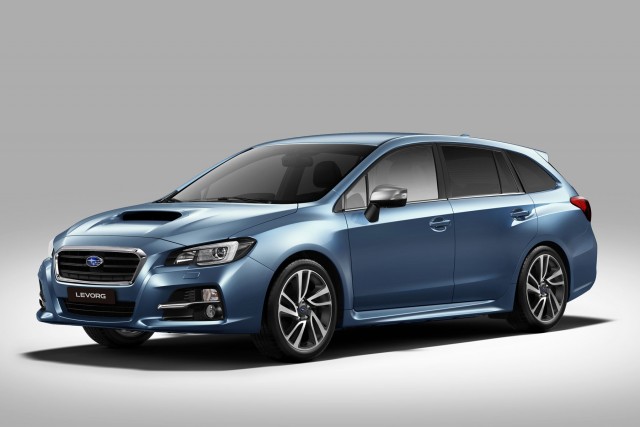 Subaru has released details of its new Levorg GT sport tourer, set to replace the Legacy Tourer when it goes on sale in September.

The estate will have similar exterior dimensions to the previous Legacy wagon, but increased interior space, due to improved packaging.

It will come equipped with Subaru’s new 1.6 litre DIT turbocharged boxer petrol engine, producing 170 PS. This will be paired with a Lineartronic CVT gearbox. As usual, this will drive through the Japanese firm’s ‘symmetrical’ all wheel drive system.

The company claim that the Levorg will be ‘one of the most refined Subarus yet’, with a factory-fit infotainment system, bespoke sports seats and improved materials.

Technology such as blind spot detection and ‘rear vehicle alert’ will also be available.

The car made its European debut at the 2015 Geneva Motor Show in March, but has been on sale in Japan since last year. We expect it to be priced from around £25,000, putting it in direct competition with rivals such as the Skoda Octavia 4×4 Estate and Vauxhall Insignia Country Tourer.