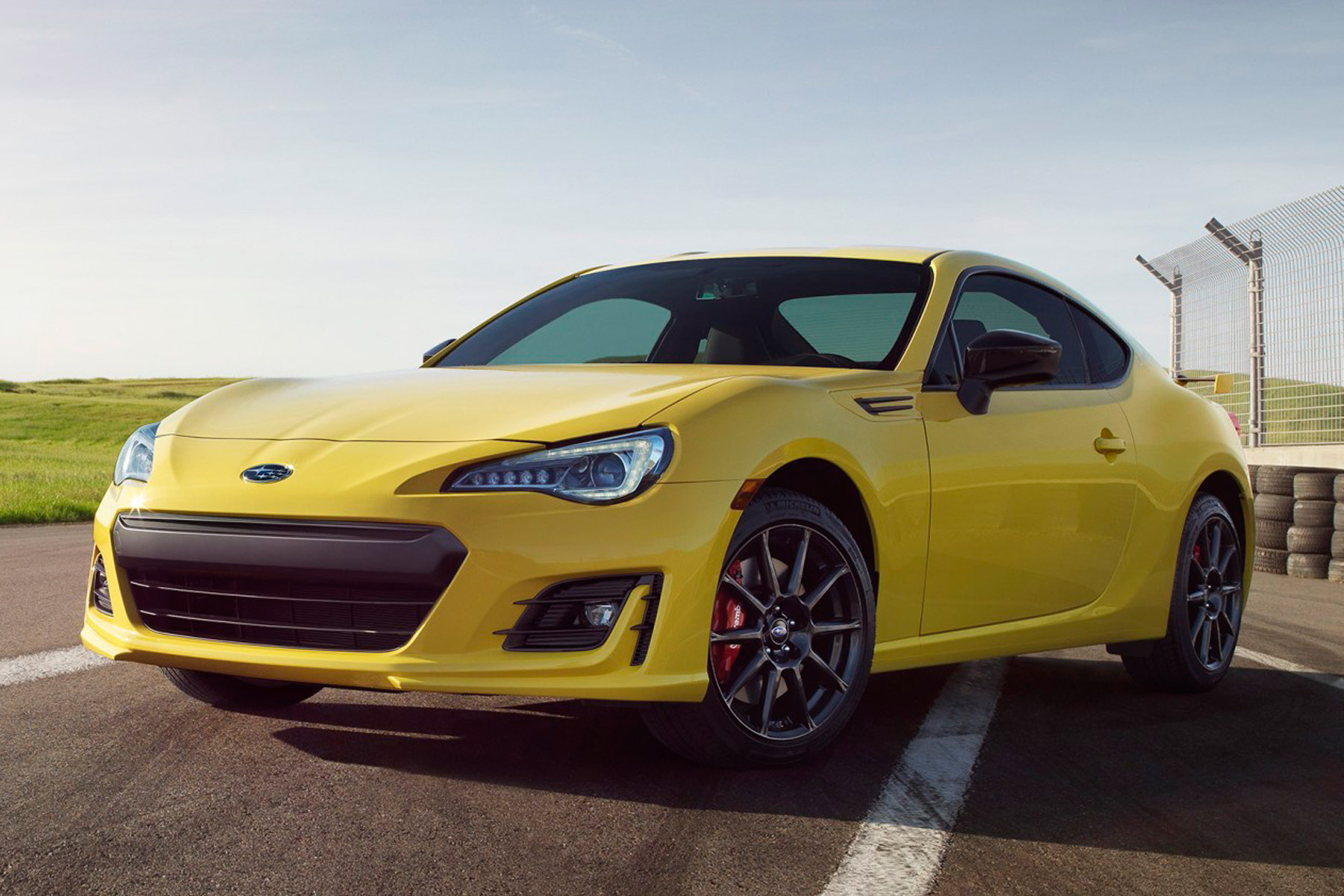 Subaru has announced a bright yellow special edition BRZ with bespoke alloys, unique interior trim and exciting performance upgrades – but it won’t be sold in the UK.

The Series.Yellow (yes, that really is ‘Series no space full stop yellow’) is making its debut today at the Wicked Big Meet in Connecticut.

Based on the 2017 Subaru BRZ, the Series.Yellow comes with the recently announced Performance Pack, comprising of beefier Brembo brakes, Sachs performance dampers and black 17-inch alloys.

The 2.0-litre, 200hp Boxer engine remains untouched, meaning it’ll hit 62mph in 7.6 seconds – but handling should be sharpened up compared to the standard model.

The usually-drab interior has been given an uplift, with a 4.2-inch LCD display positioned next to the standard tachometer – and, of course, lots of yellow stitching.

If you want one, and you’re in America, 500 will be being sold – with deliveries starting in 2017. There are no plans to bring the Series.Yellow across to the UK – although Toyota did sell 86 ‘Giallo’ models of its GT86. They were equally yellow.