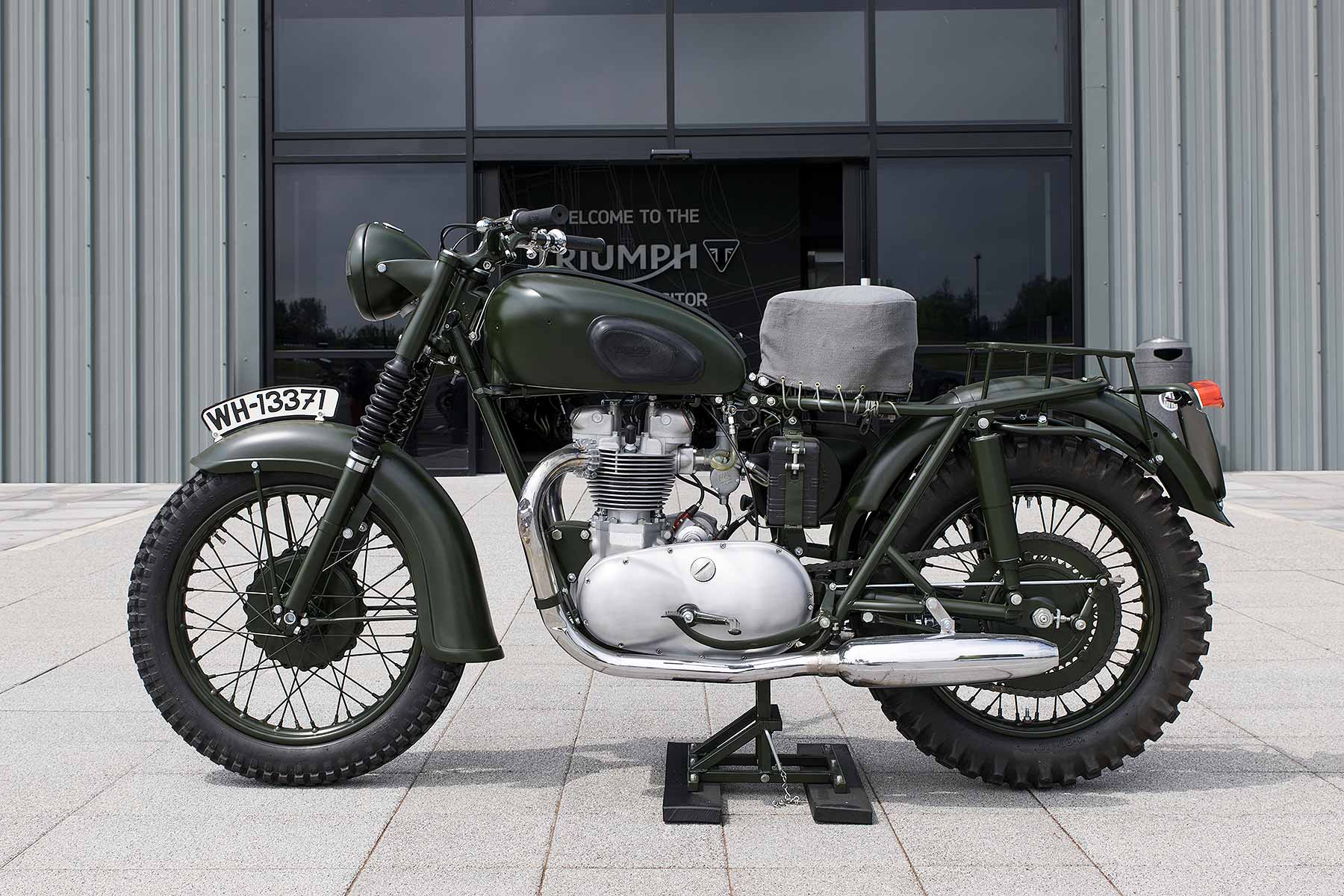 Steve McQueen famously did most of the motorcycle stunt riding himself during filming of The Great Escape. The only major part he didn’t do was the famous jump scene, which his insurers insisted was performed by stunt double Bud Ekins.

Ekins was good: he nailed the 65-foot jump in one take, and earned himself £1,000 for the privilege.

Three bikes were used in total, all Triumph TR6 Trophys dressed up to look like German machines. And for years, nobody knew the whereabouts of the one used by McQueen in the film.

It turned out the film company sold it to a farmer, who rather incongruously used the famous ride to herd his cows. When it had done its duty, the bike was locked in a barn and, for decades, forgotten.

It wasn’t until the farmer died that the restoration began: Dick Shepherd purchased it from the person who inherited the farm. The restoration was underway, with the aim of keeping as much of it original as possible.

He’s been so successful, the bike’s taken pride of place in the Triumph Factory Visitor Experience, as visited earlier this year by Prince William. Now, it’s time for it to make its full public debut, in the Concours d’Elegance areas of Salon Prive on Thursday 30 August.

It will then go on full public display from Friday 31 August.

It won’t be the only motorcycle on show at the Blenheim Palace classic and supercar show either, with three classes now open for retro bikes:

Billed as “the UK’s most exclusive automotive garden party,” Salon Prive is also among the longest-running. It’s also among the most expensive: tickets start from £195, or £295 for the Chubb Insurance Concours d’Elegance on Thursday…