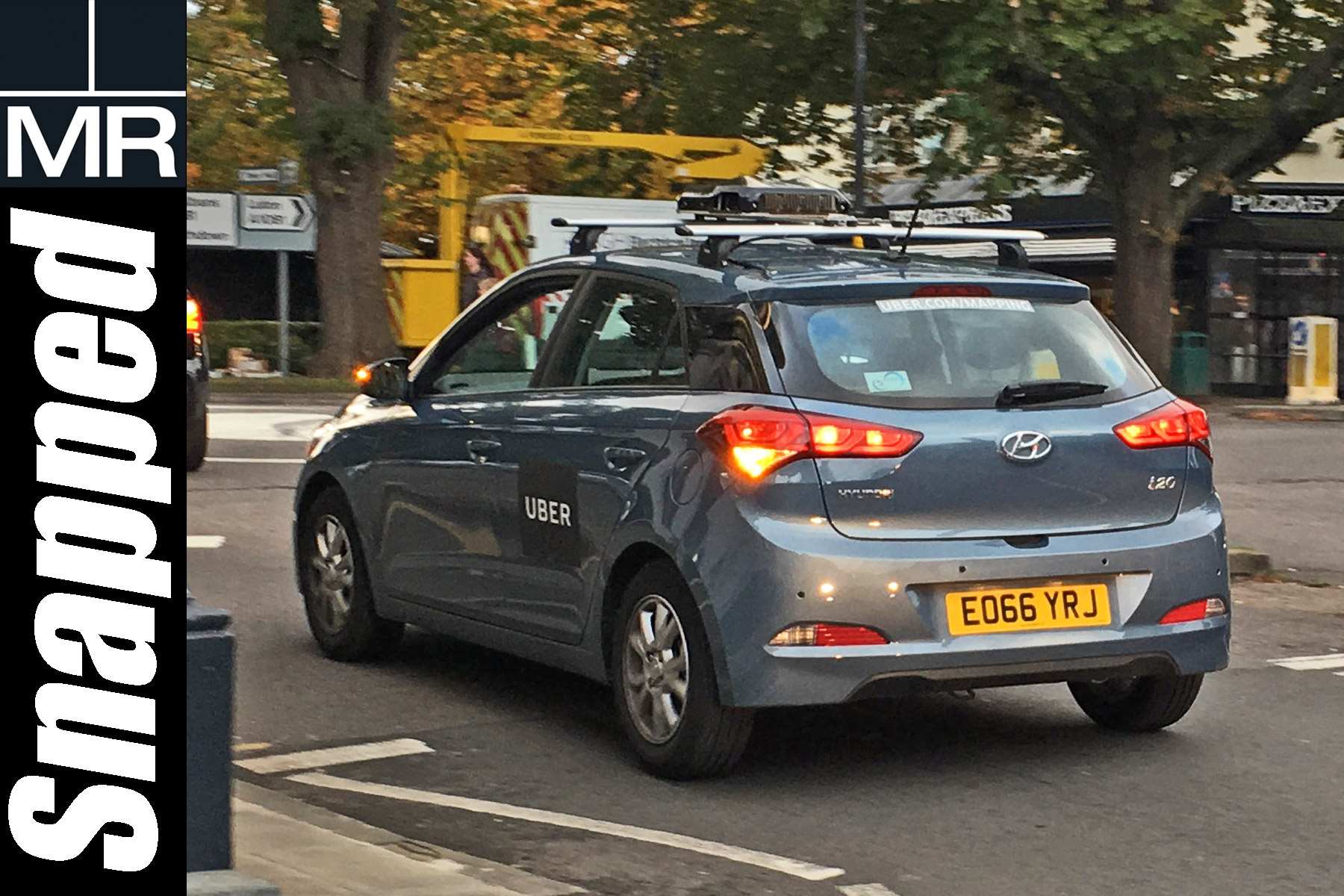 Last month, we revealed that transportation giant Uber is creating its own maps of UK roads to help its drivers – and in the future, driverless cars – when picking up customers.

The firm has already started mapping key locations in the US, but it said it was now launching a fleet of mapping vehicles in London, then rolling them out elsewhere in the coming weeks and months.

Well, we can now officially report they’re spreading further afield, as we’ve seen one. Snapped around the corner from MR’s office in Hertfordshire, this brand new Hyundai i20 was adorned with Uber stickers and giveaway tracking equipment positioned on the roof.

Measuring traffic levels in the evening rush hour, the base-spec 1.2-litre Hyundai i20 is a bit different to the Volvo XC90s we envisaged. After all, Uber’s already announced a partnership with Volvo to launch autonomous cars.

If Uber’s got something going on with Hyundai in the UK, how long will it be before we see a fleet of Uber Ioniqs on London’s roads?