Is it a car? Is it a train? Actually, just tell us… what on earth IS it? 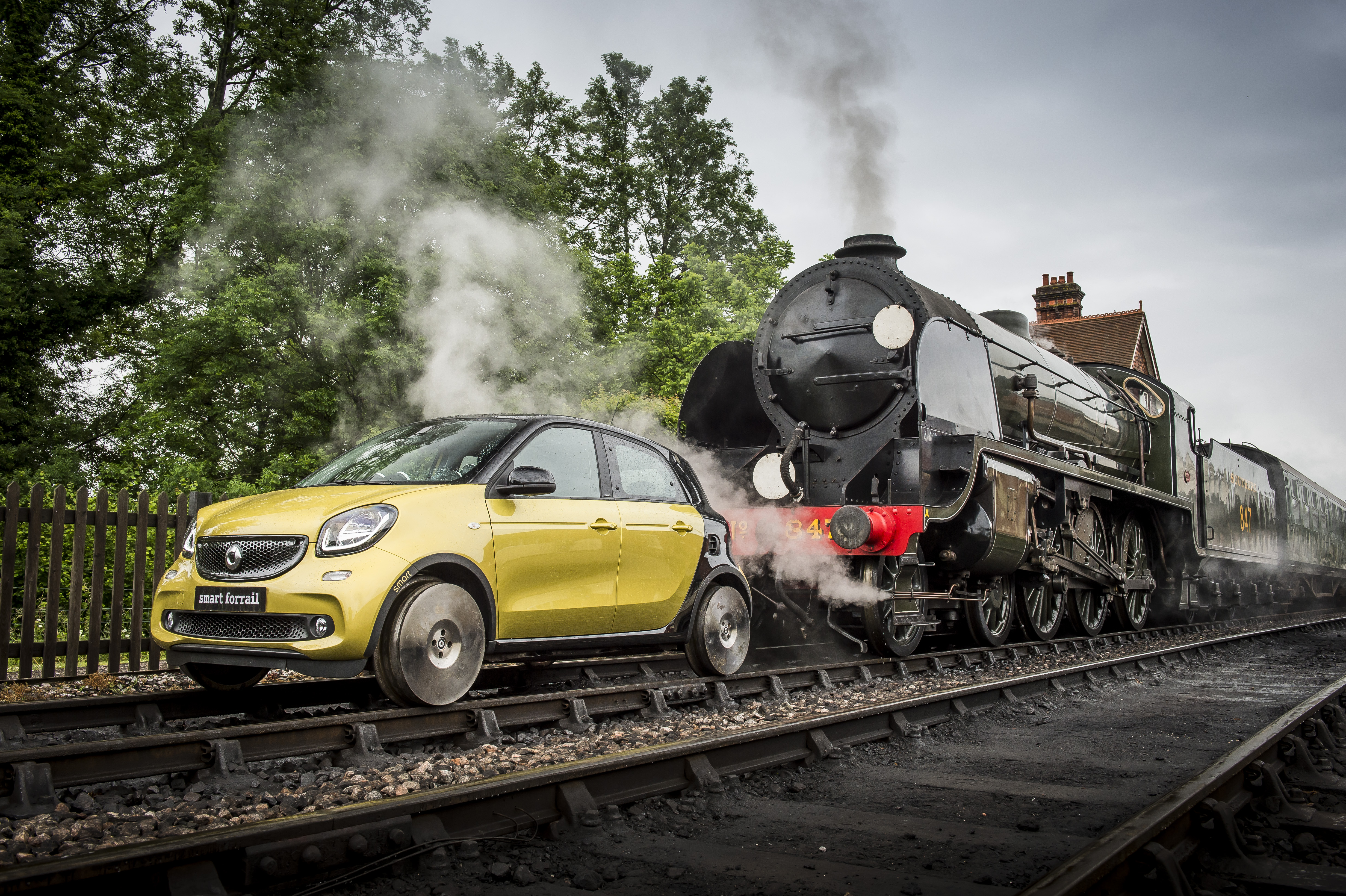 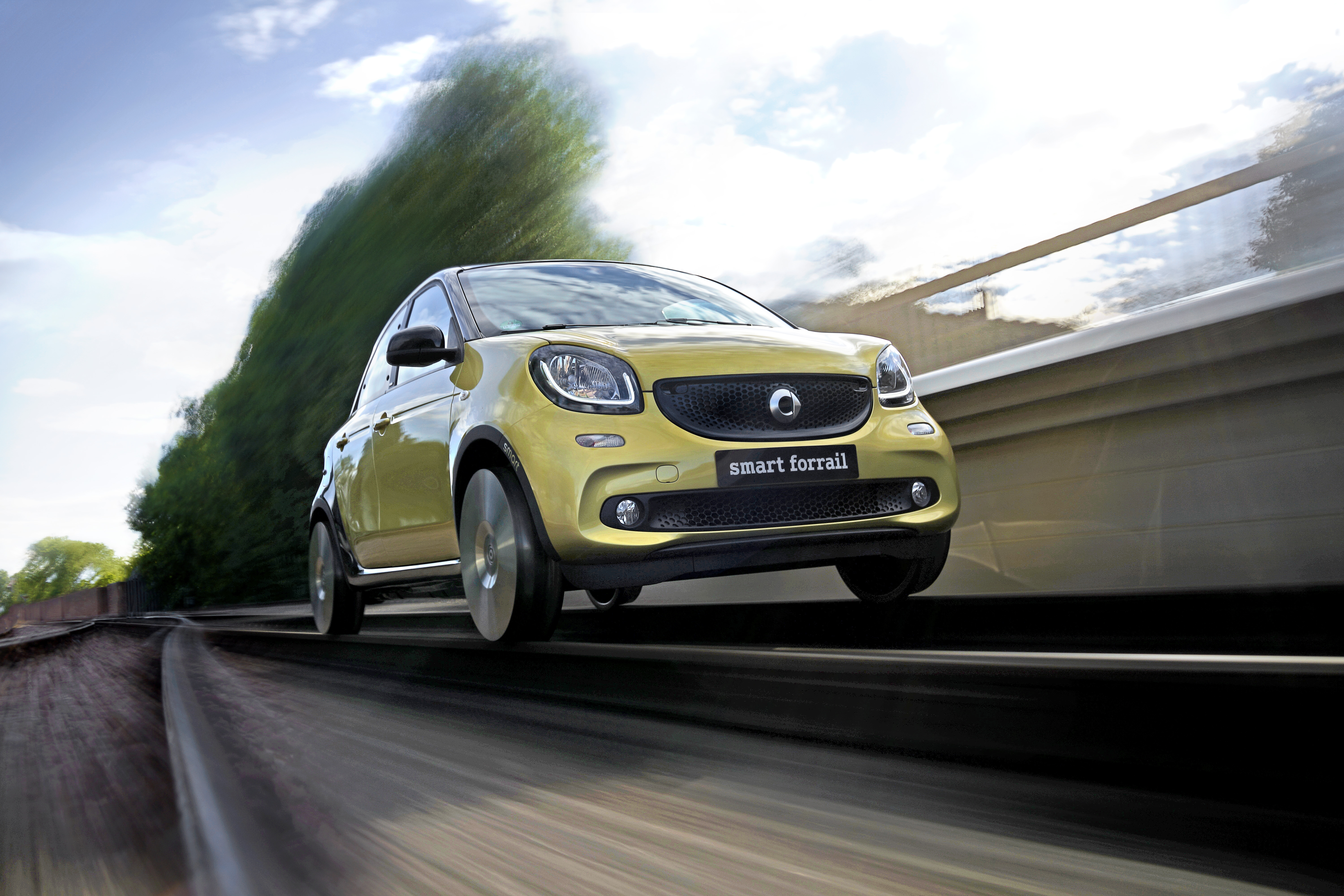 The ‘Forrail’ took to the tracks on the Bluebell Railway, completing the 10-mile stretch through the Sussex countryside.

Can I buy one? 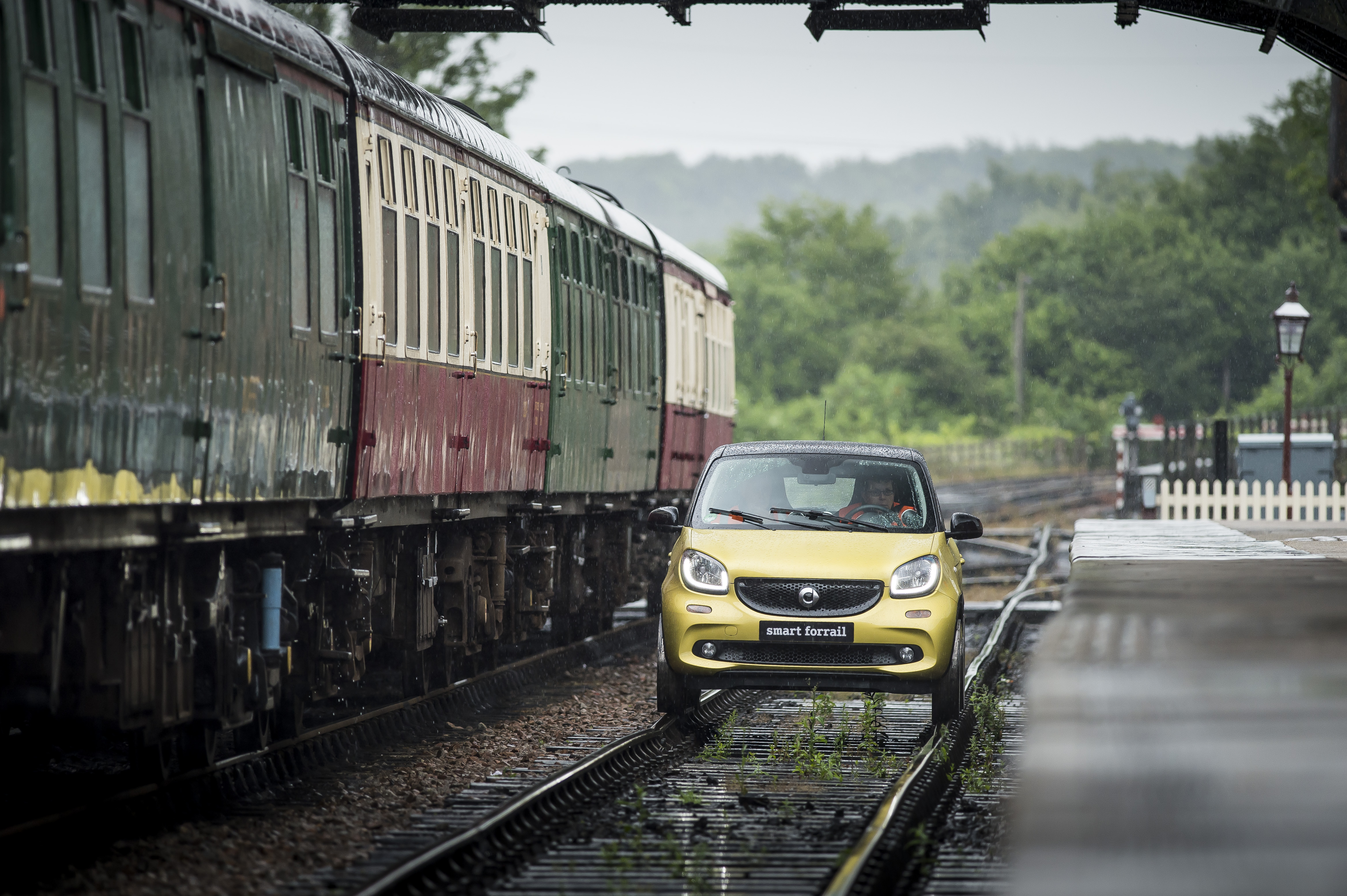 Sadly it won’t be available to the public – the project was part of a one-off PR stunt. 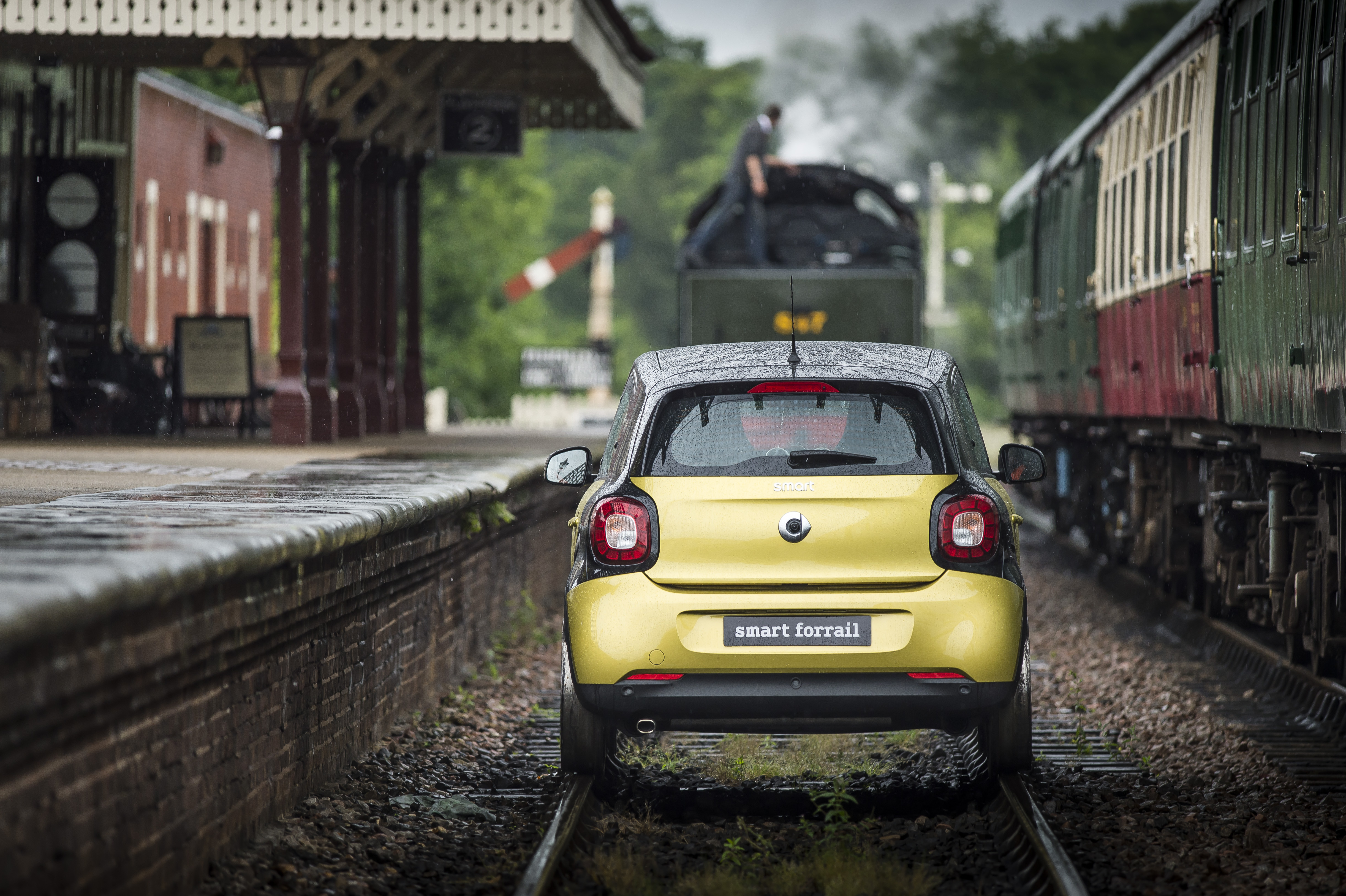 It follows in the tracks of the Top Gear trio, who had a crack at making their own car-derived trains in 2011.

Or even James Bond? 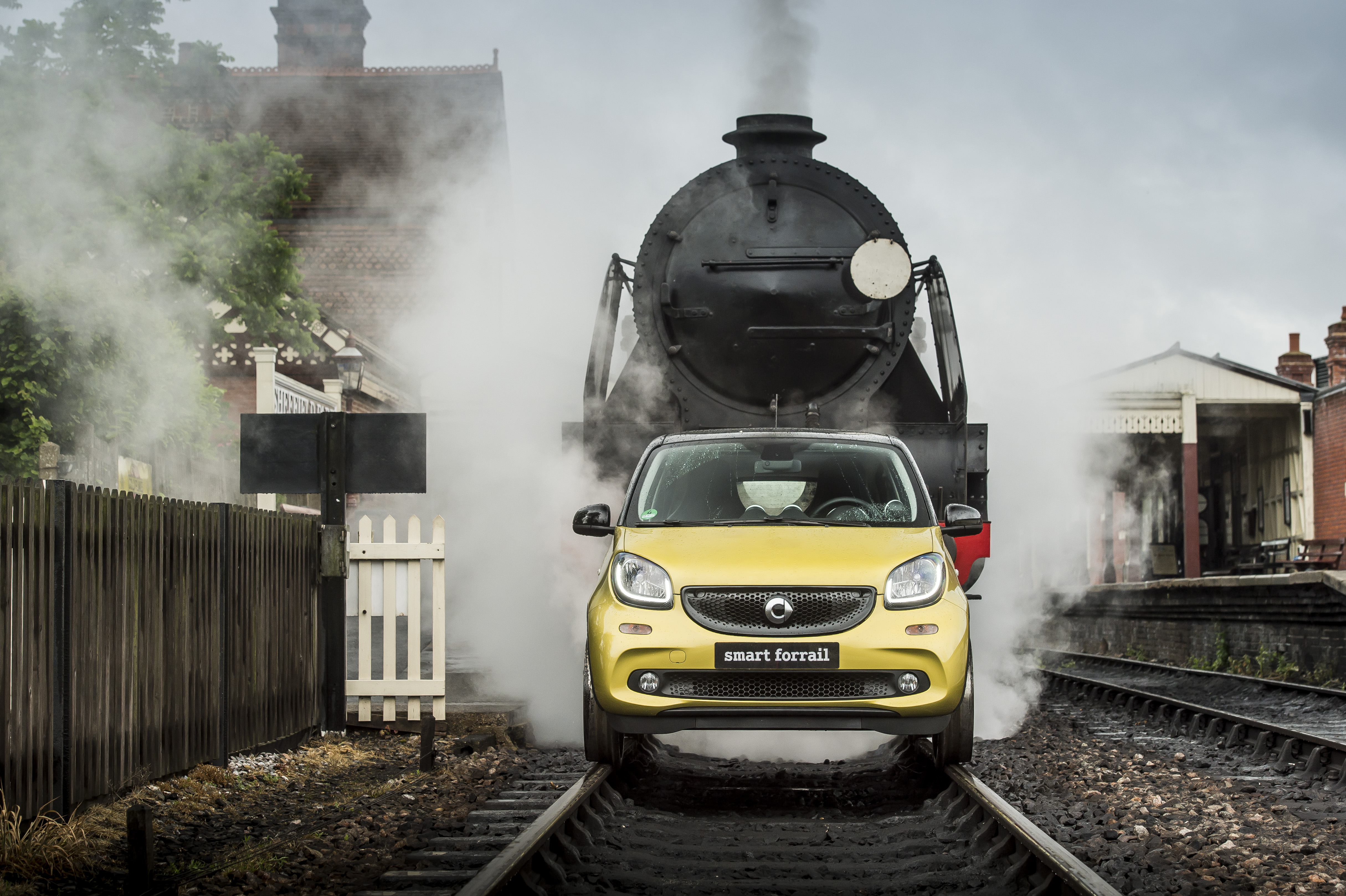 Turning a car into a train isn’t a new idea though. It was back in 1983 when Roger Moore took his Mercedes-Benz 250 SE to the rails in Octopussy. 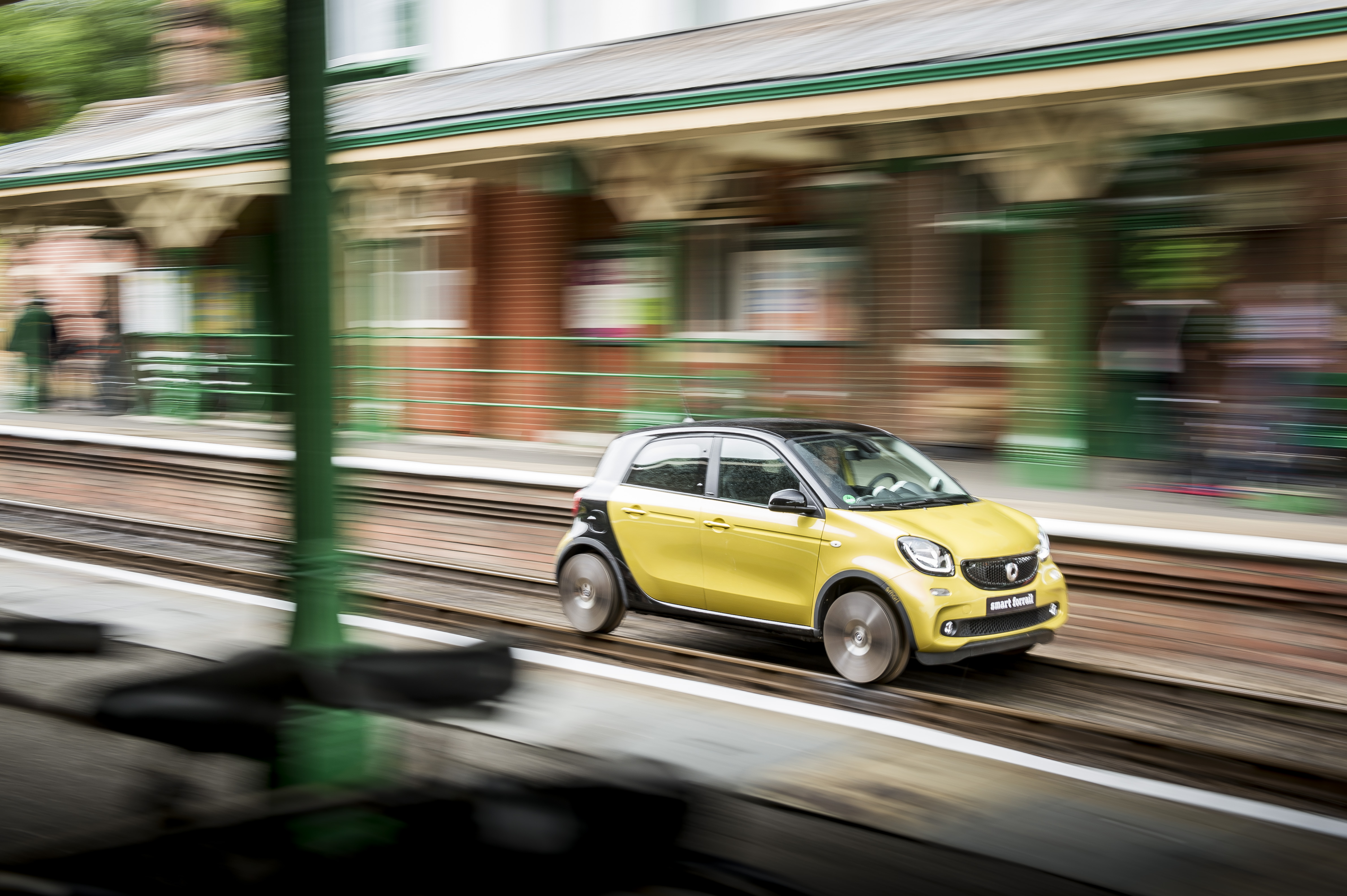 Designed over six months by train engineering firm Interfleet, the 1.0-litre, one-tonne Smart made a change from the 16-litre, 70-tonne diesel locomotives it normally works with. 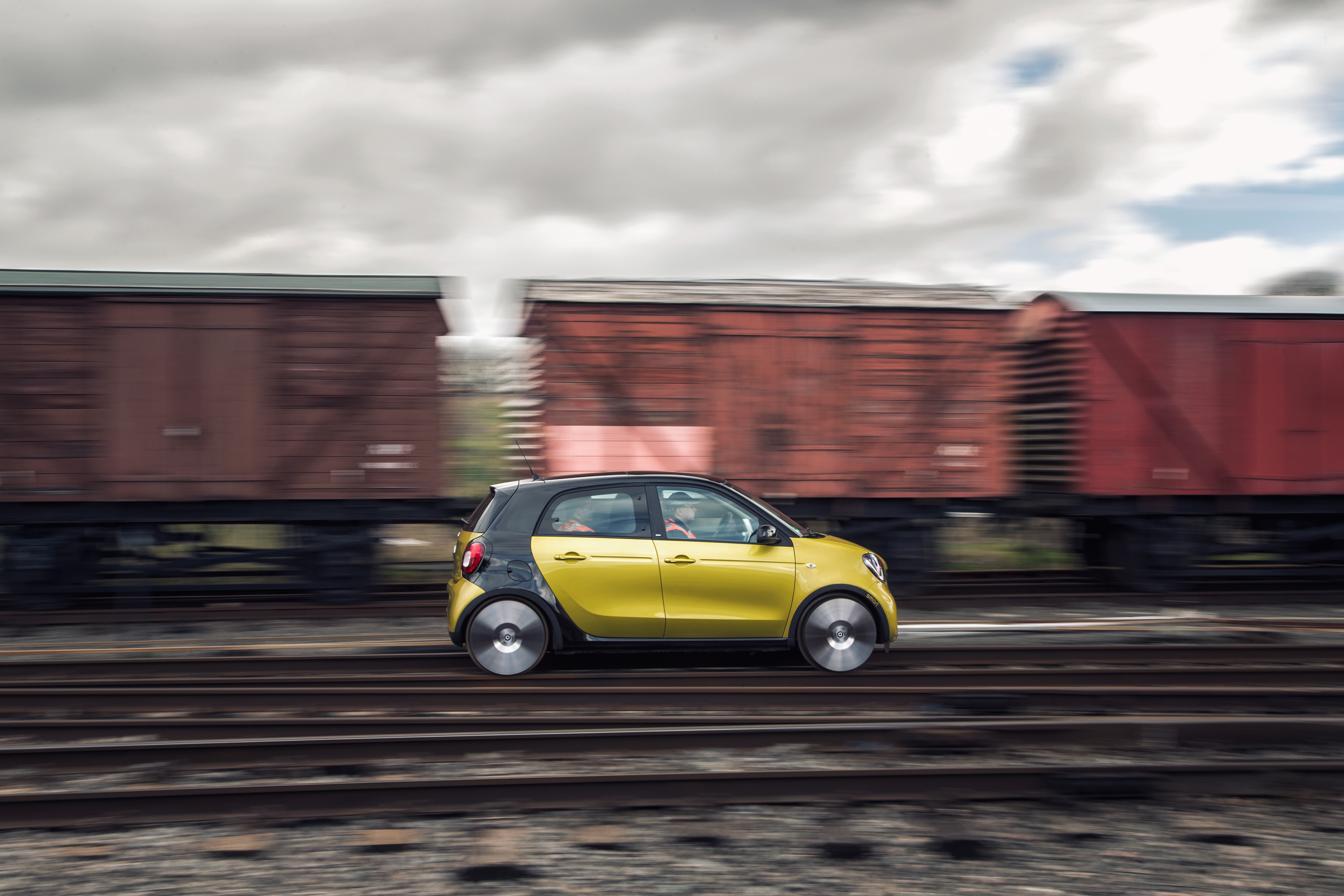 The normal wheels were replaced with 22-inch items, each weighing 80kg, to provide it with enough traction on the rails. 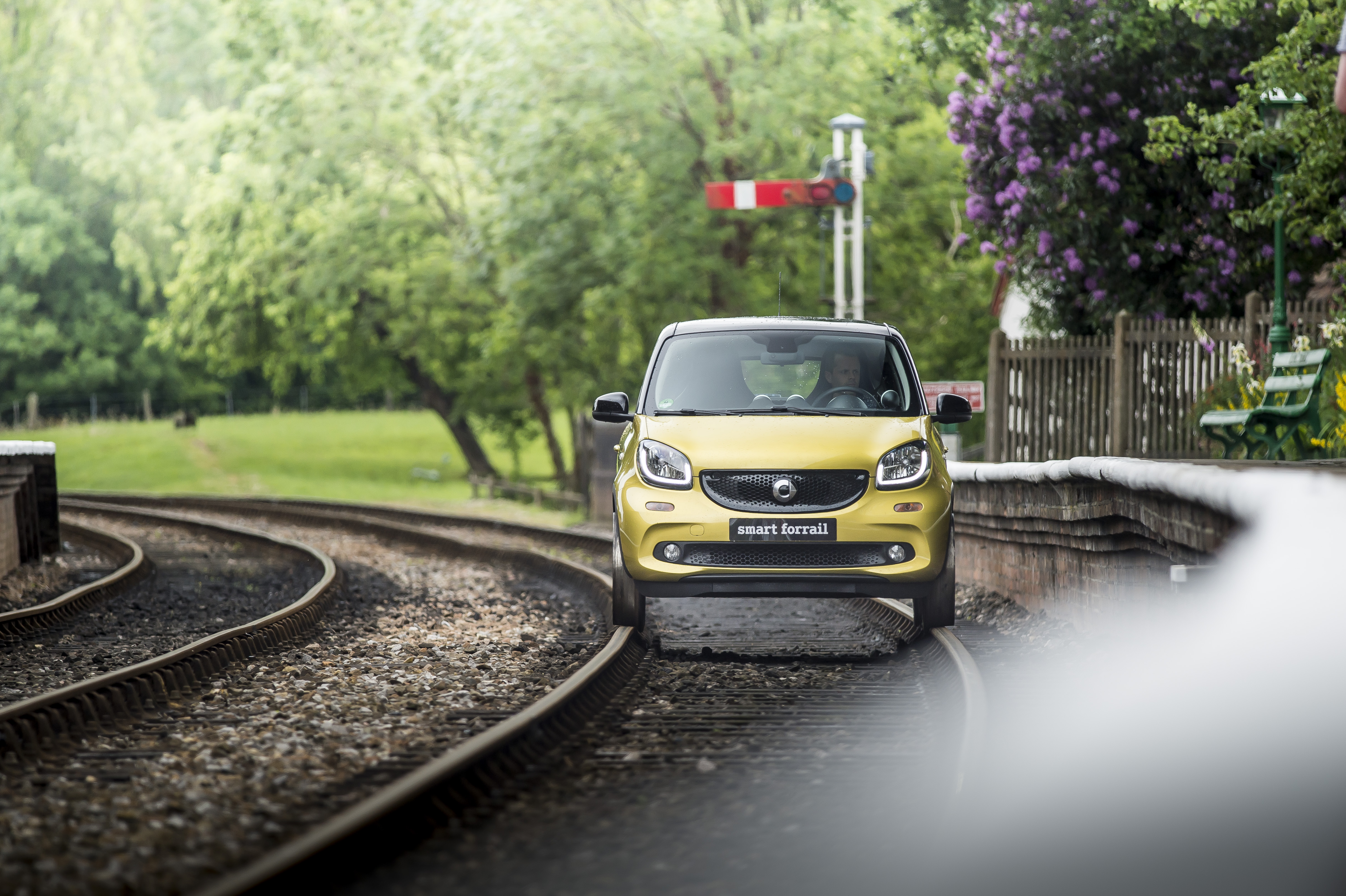 The steering had to be disconnected to allow it to drive on rails. Aluminium supports were welded between the axles meaning the wheels are locked in position.

End of the line 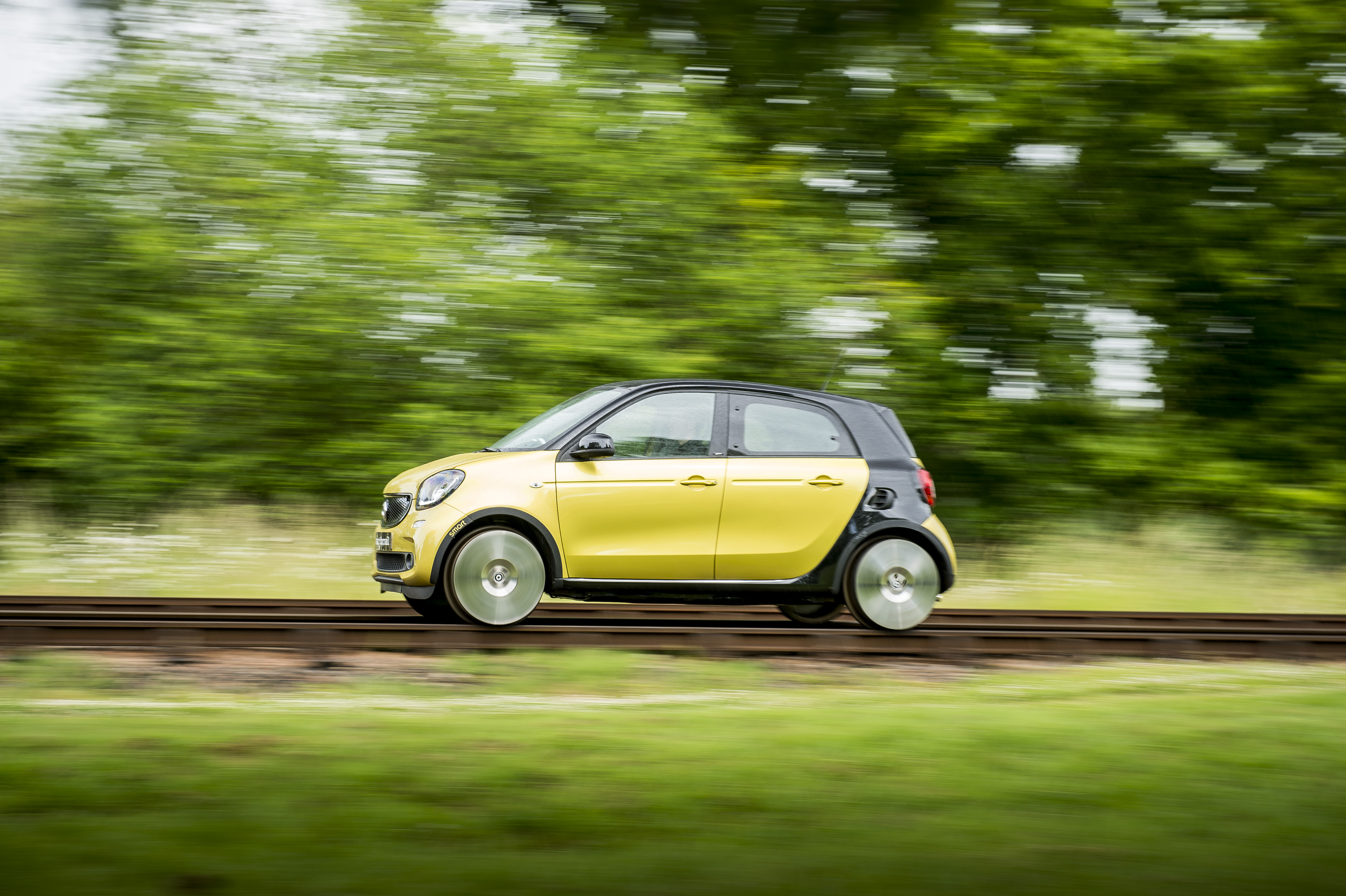 After the experiment, the ‘Forrail’ will be reverted back to a road-going Forfour.

Cheaper than a train ticket 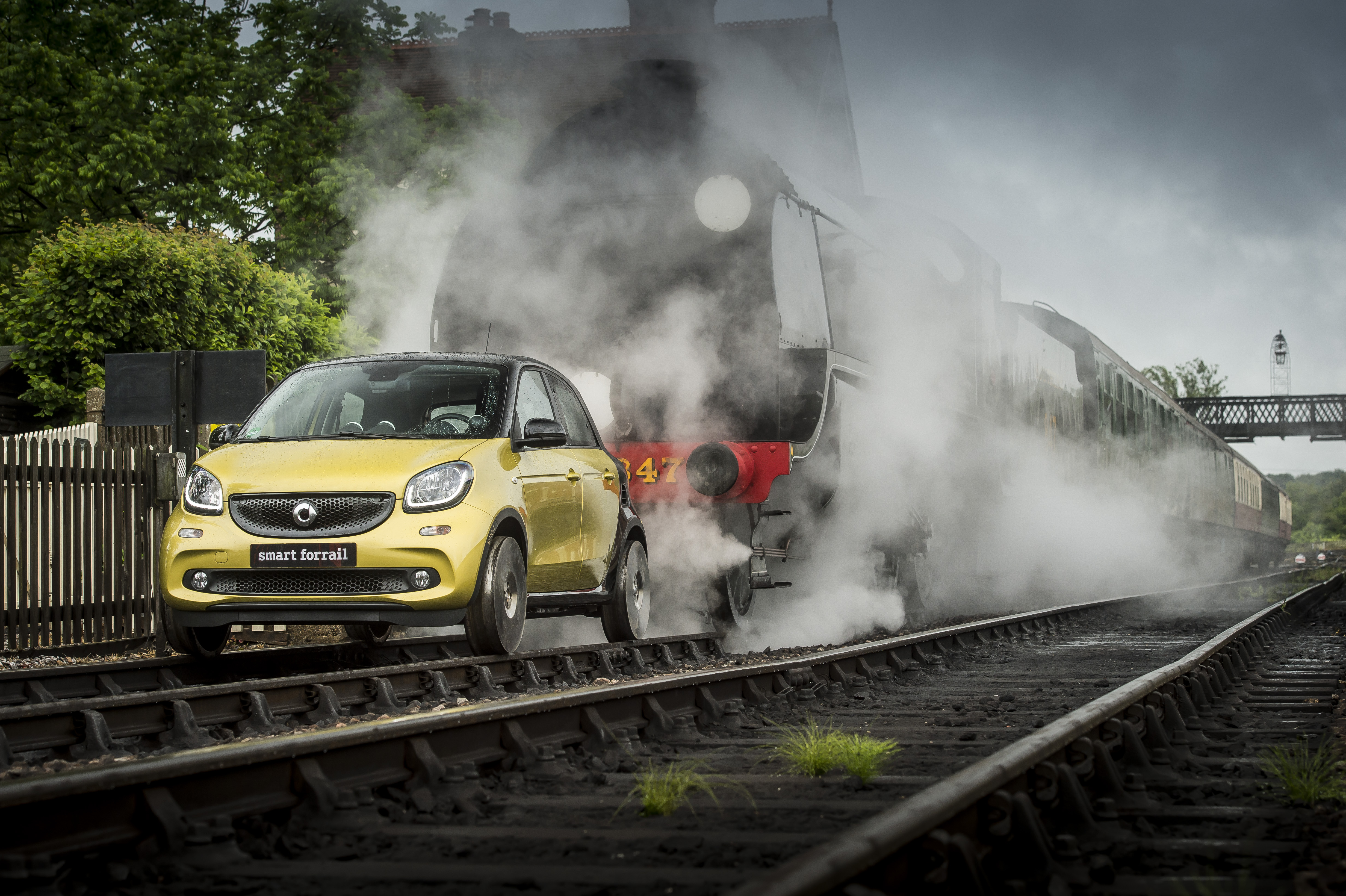 According to Smart, the (road-going) Forfour can drive the 540-mile journey from London to Aberdeen non-stop for £39, making it cheaper than a train ticket.