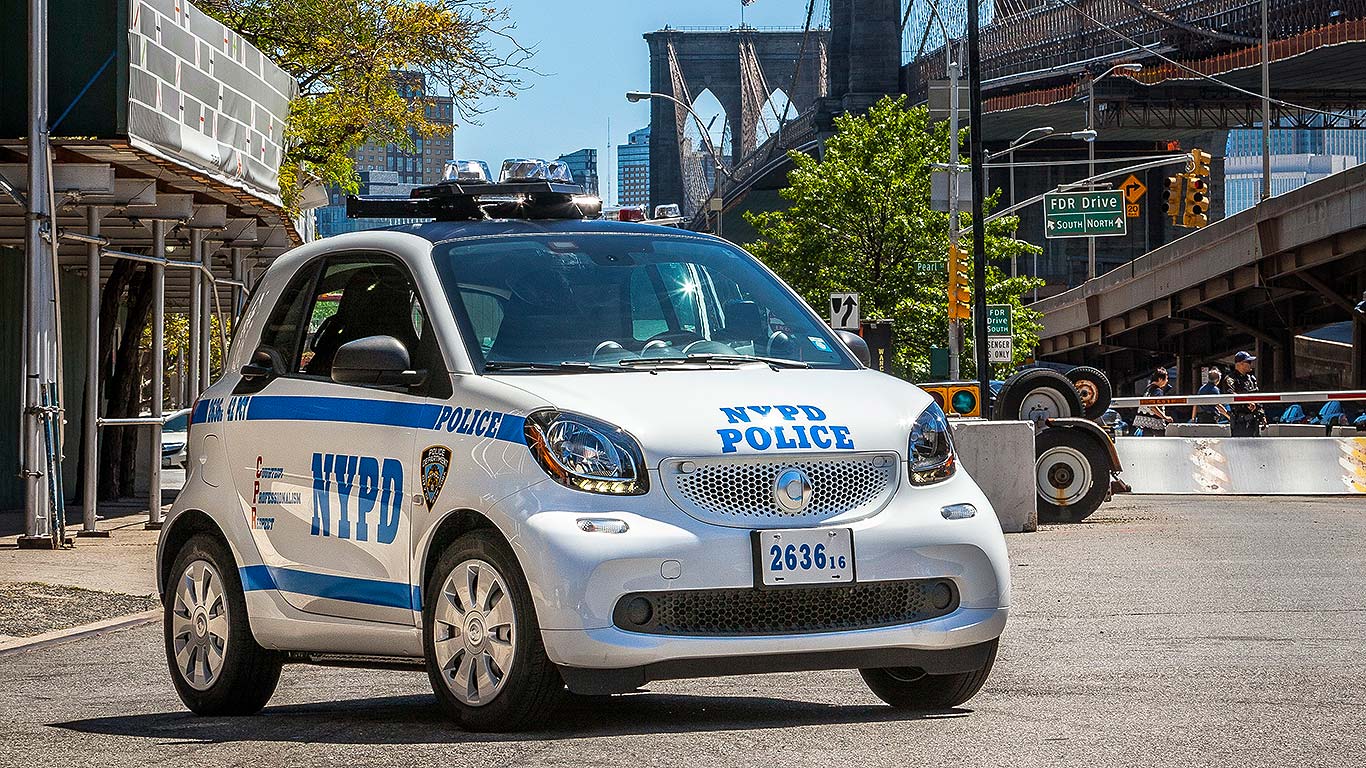 Smart has delivered the first 100 Fortwo city cars ordered in an innovative piece of thinking by the New York City Police Department – and the new micro-motors are already being dubbed ‘Smart Forcops’.

Replacing the city’s old three-wheel motorcycles (not dissimilar to the machine driven by Officer Judy Hopps in the animated film Zootopia), they’ve been chosen because they’re more spacious and practical than the old motorcycles, but almost as agile and, it is hoped, considerably more reliable.

They also have air conditioning – which Deputy Commissioner Robert S. Martinez believes will be a real boon to city cops during the stifling New York summers.

Forming part of the 9,000-vehicle NYPD fleet, cops have ordered 250 Smart Fortwos in total, all finished in white and blue  and fitted with a blue revolving police light on the roof. The interior is also decked out in radio equipment.

One of the first NYPD cops to drive the new Smart Fortwo ‘Forcops’ is officer Ralph Jefferson, whose beat is in Chinatown.

“The smart is spacious and agile and makes my job much easier,” he said.

“Many people say that the little patrol cars are really cute, too.” We think that’s perhaps not a look cops might be completely thrilled with, but hey – if it’s good for community relations, who are we to argue?