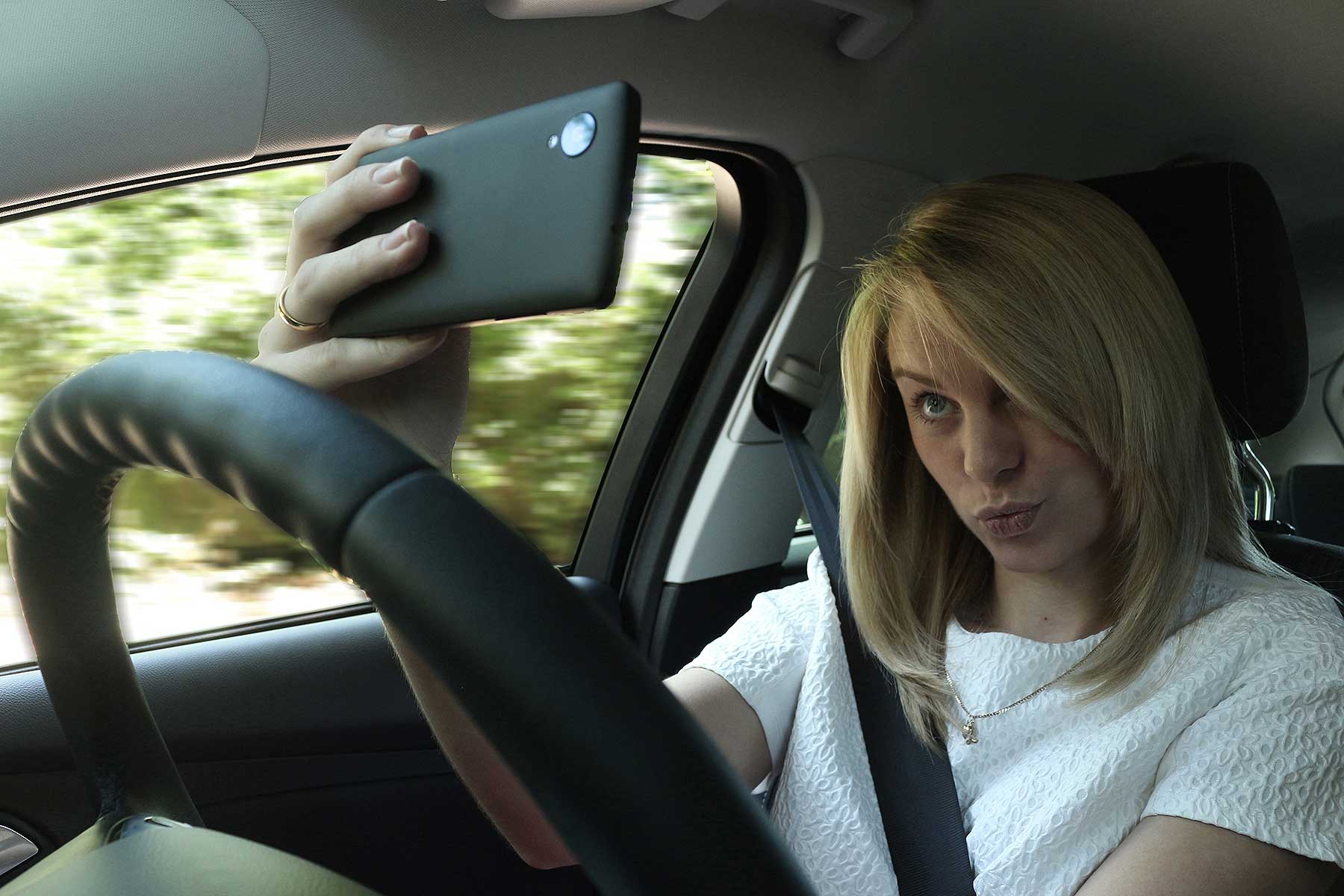 Motorists are using their smartphones behind the wheel to take selfies, make video calls and even watch videos or catch-up TV.

Younger drivers are keener on using Skype or FaceTime, though: 16% admit to it, double the still-worrying national average in the IAM poll of 500 drivers.

“Safe driving is everyone’s responsibility and more must be done to catch drivers using these devices dangerously by increasing the fines and points for smartphone and tablet use at the wheel – there is simply no excuse.”

She is now calling for a national campaign to make smartphone use behind the wheel as socially unacceptable as drink-driving.

Sillars is also keen to rectify another worrying trend: despite such growth in more dangerous ways of using smartphones while driving, prosecutions for mobile phone use behind the wheel fell 40% in 2014.

The best smartphones of 2015 so far… and still to come