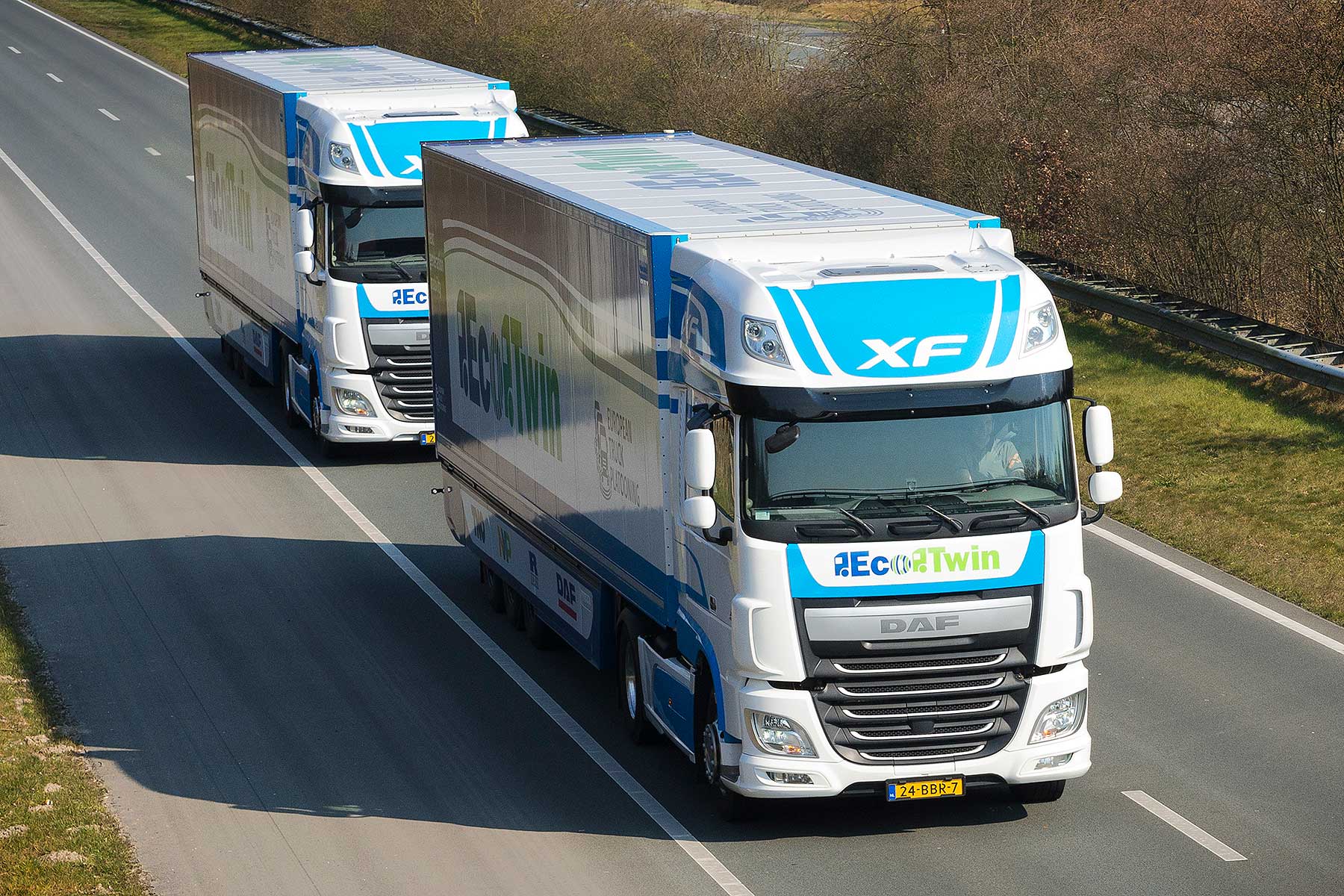 Autonomous truck platoons of self-driving lorries are to run in public on major UK roads by the end of 2018, the government has announced. The trials will be part of an £8.1 million scheme to test the feasibility of truck ‘platooning’.

The scheme, which will be run by the Transport Research Laboratory (TRL), is being funded by the Department for Transport and Highways England. TRL will work with UK tech firm Ricardo, DHL logistics and truck maker DAF.

As many as three autonomous HGVs will be run in close formation during the trials, all with a driver on board ready to take control in case of an emergency.

The government claims truck platooning will benefit both businesses and motorists: running lorries in ultra-close formation means the lead vehicle can ‘push’ the air out of the way for the following lorries, reducing fuel consumption and emissions. Congestion would also be reduced.

But the trials will only take to public UK roads once the potential for truck platooning in Britain has been proven on private test tracks. There, engineers will work out how close the trucks should follow one another, and which UK roads are best suited to the public trials.

“Advances such as lorry platooning could benefit businesses through cheaper fuel bills and other road users thanks to lower emissions and less congestion,” said transport minister Paul Maynard.

“But first we much make sure the technology is safe and works well on our roads, and that’s why we are investing in these trials.”

‘Safety has to come first’ 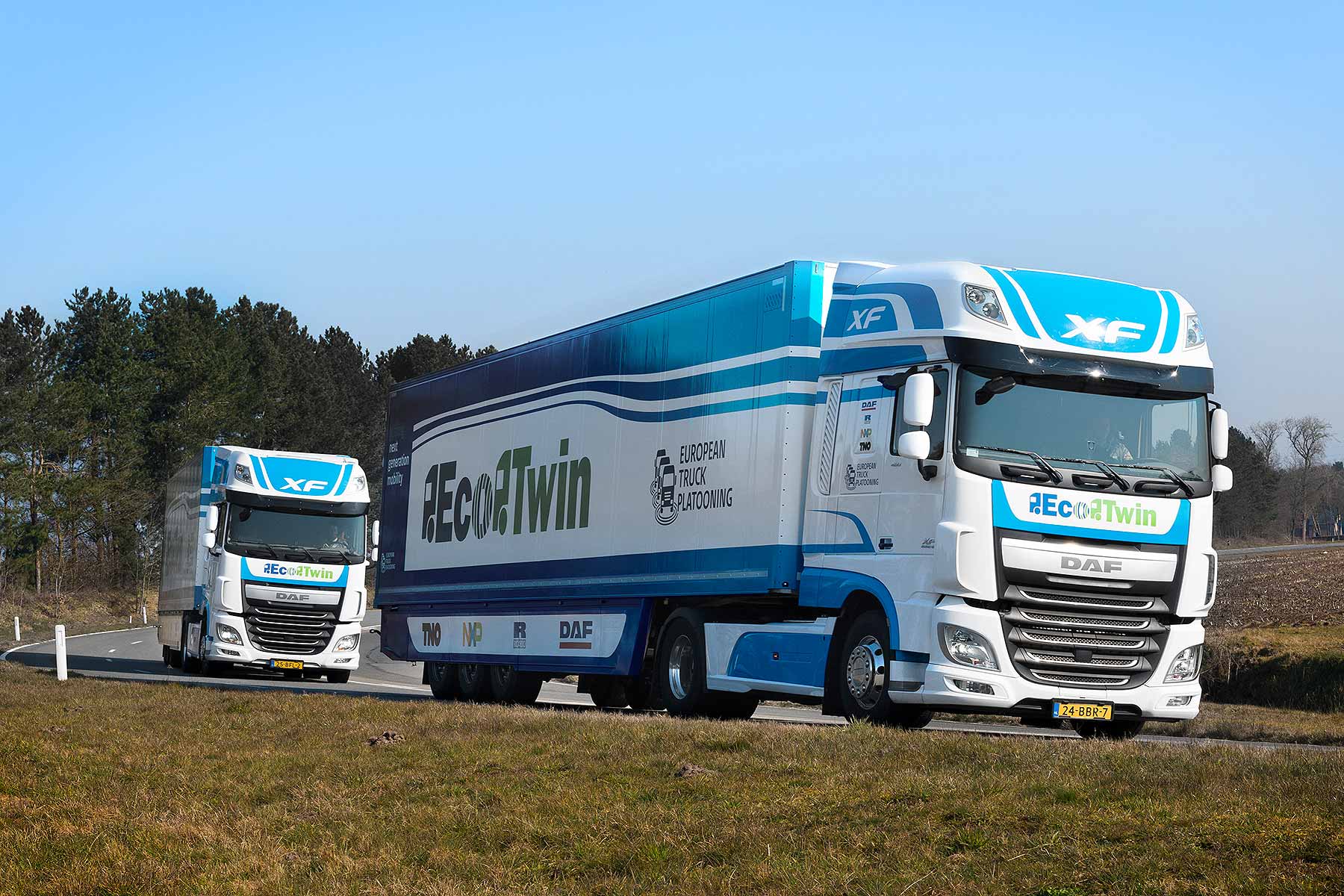 Platooning trials have already been carried out in Europe and the United states – successfully so, says the government. However, AA president Edmund King has raised safety concerns and says the organisation is not yet convinced about the merits of truck platooning.

“Platooning may work on the miles of deserted freeways in Arizona or Nevada but this is not America,” he said.

Trade body the Road Haulage Association echoed these concerns. RHA chief executive Richard Burnett said: “Of course we welcome improvements to the way the road freight industry works and we understand the benefits that such a mode of operation would bring.

“However, currently the focus seems to be on the technology behind the system. Safety has to come first and it cannot be compromised. It is crucial that this element of the concept gets the highest priority.”

Jim O’Sullivan, Highways England chief executive, insisted safety will not be compromised. “Safety will be integral as we take forward this work with TRL.

“The trial has the potential to demonstrate how greater automation of vehicles can deliver improvements in safety, better journeys for road users and reduction in vehicle emissions.”