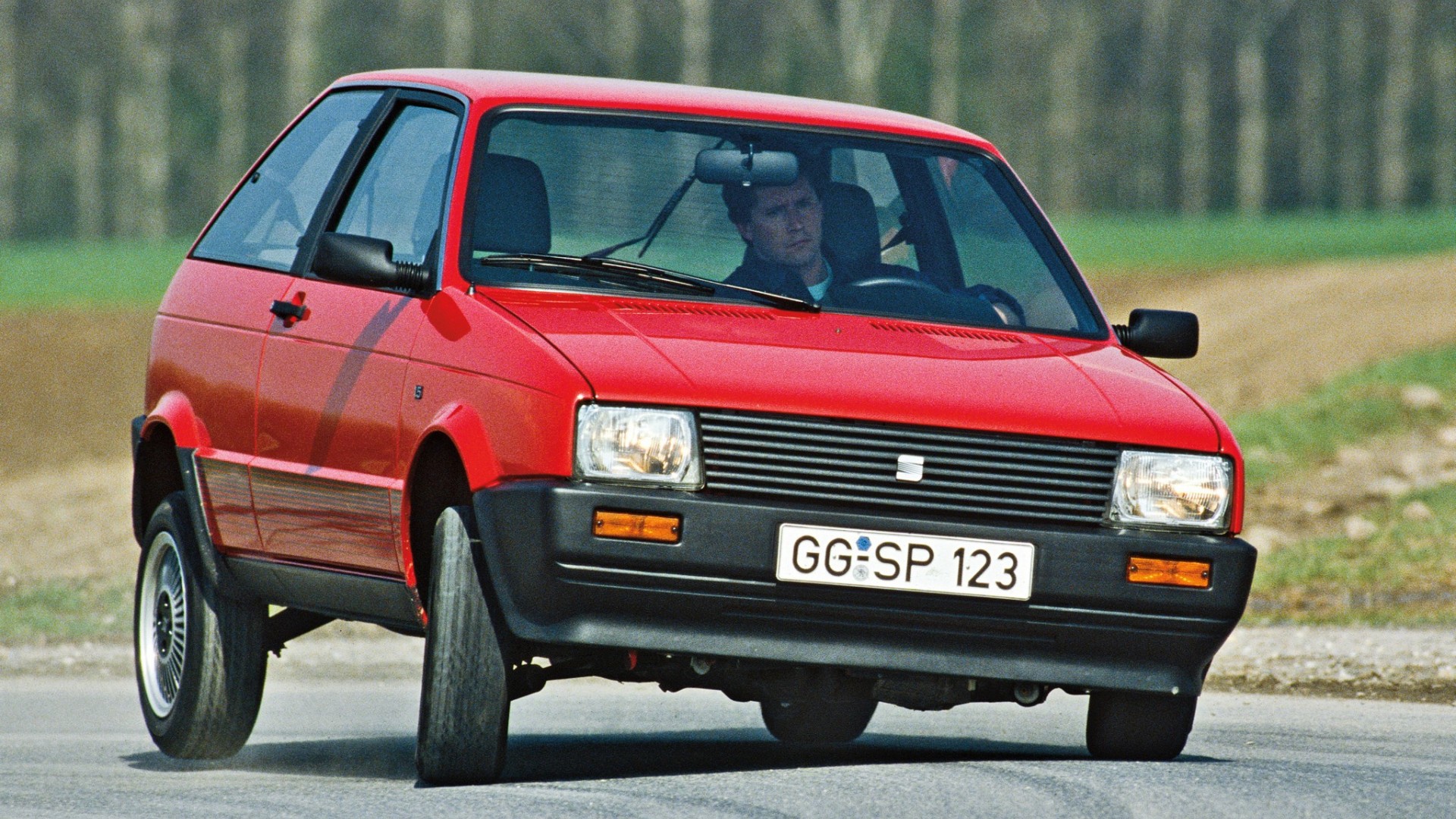 Porsche is famous for the performance and engineering standards of its own cars. The real proof of its prowess, however, is how many other manufacturers have rocked up in Stuttgart with cupped hands. These are the cars with the Porsche touch, without a gilded crest in sight. 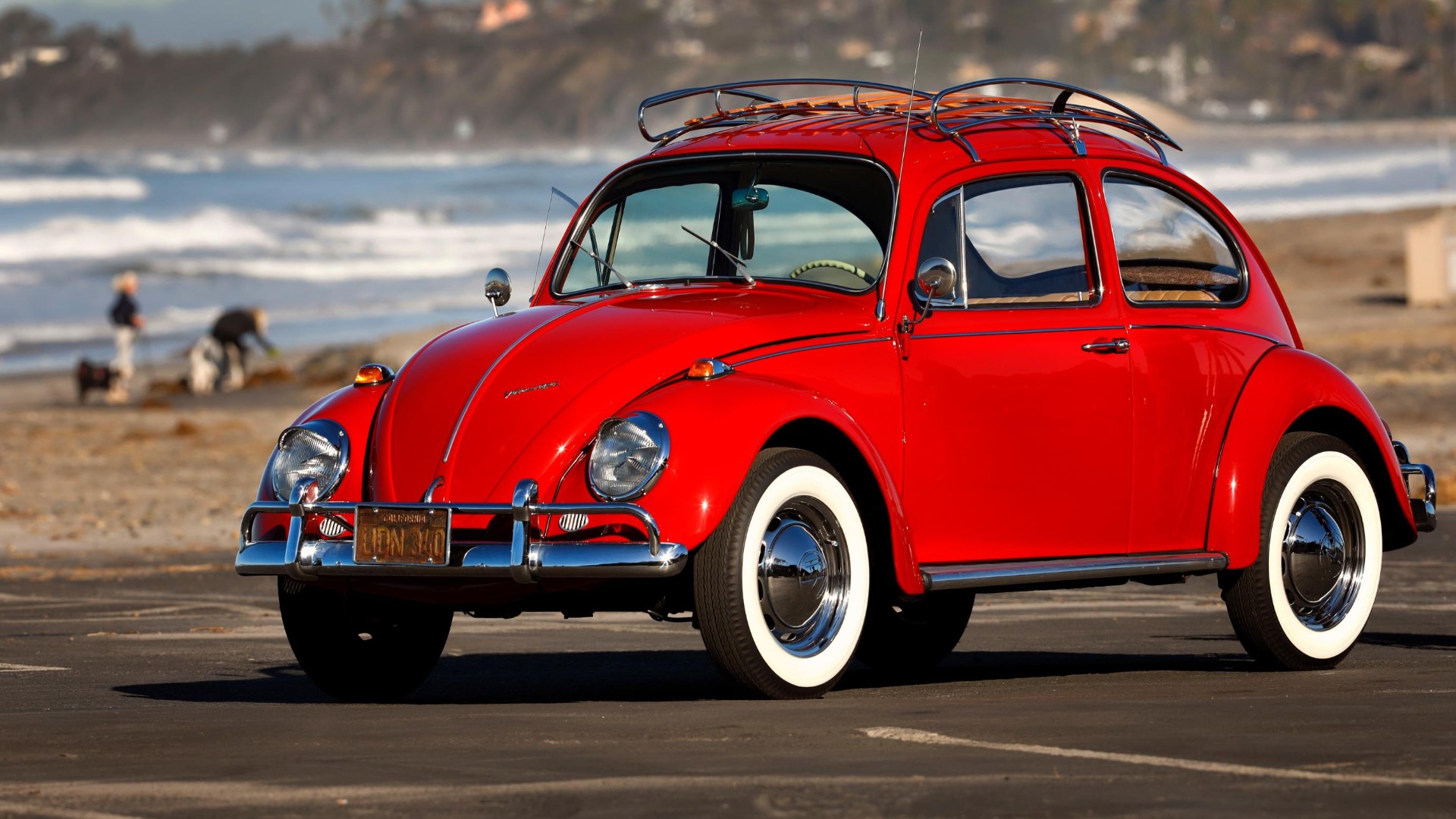 We begin before Porsche was even a marque of its own, with the brains and name of Ferdinand Porsche himself being put to work on the original Volkswagen Beetle. Ferdinand was a state leader favourite, with both Josef Stalin and Adolf Hitler courting him to lead a burgeoning national car industry.

Of course, he turned down uncle Joe in favour of Hitler, and thus the folks’ wagen would find a home in Germany. In June 1934, Porsche signed the contract to design Germany’s people’s car.

The result would remain in production in some form or another into the next century, with over 21.5 million being produced. 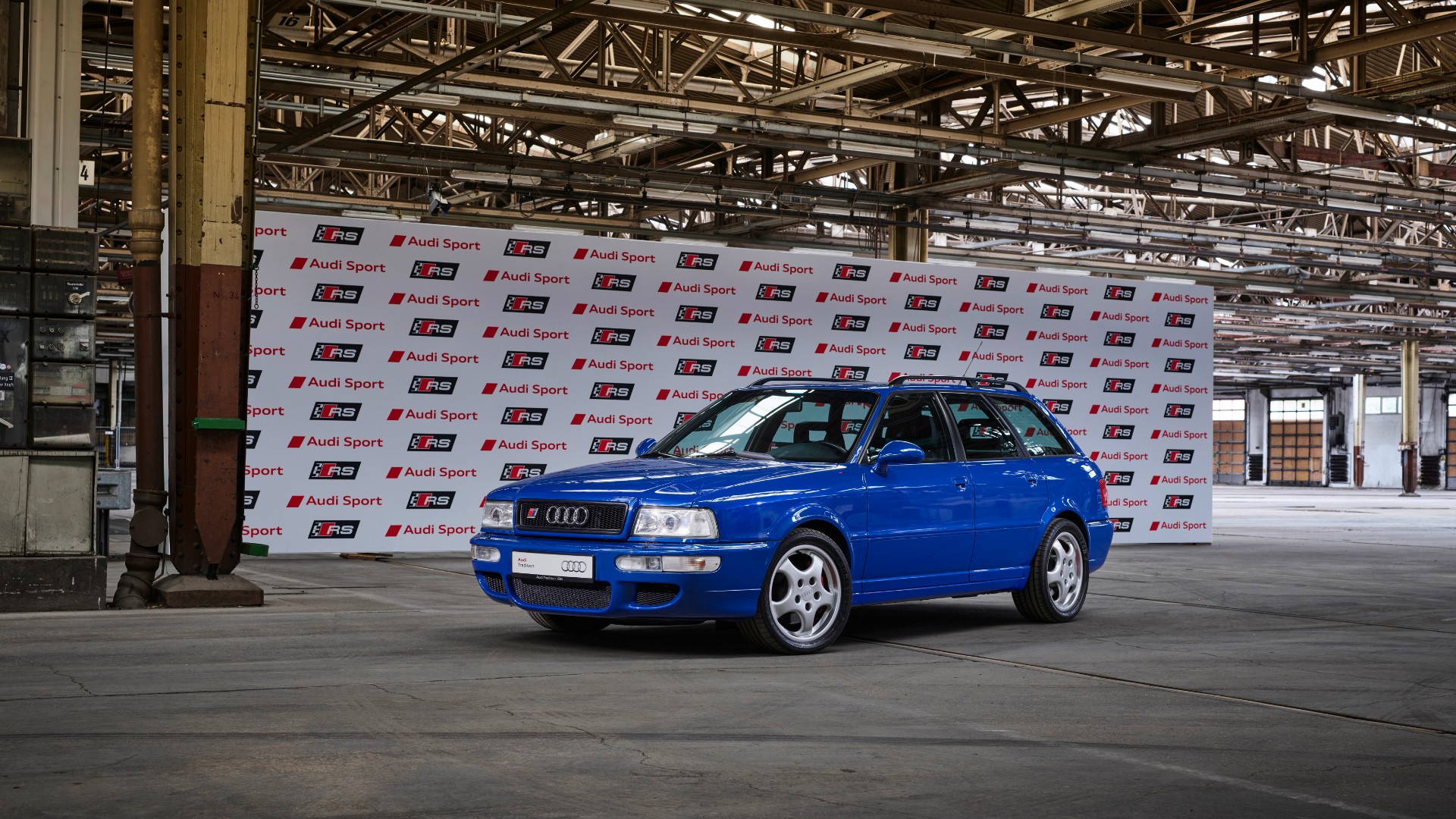 This is perhaps the most famous of modern Porsche-fettled cars. Audi wanted its first RS model to hit the ground running. Enter Porsche with the deftest of touches.

Audi sent the 80 for its makeover and what came back was the RS2. Porsche touches include a bigger turbo for its five-cylinder engine – making a then-massive 315hp – plus Brembo brakes to slow it down. Porsche also uprated the suspension and, to handle all that power, the six-speed gearbox was also beefed up.

Visual clues to the RS2’s skunkworks origins include Porsche door mirrors, alloy wheels and branding on the brake calipers. Just 180 of the 2,896 RS2s sold were right-hand drive. That rarity, combined with this being the first of a beloved breed, makes it a bona fide classic. 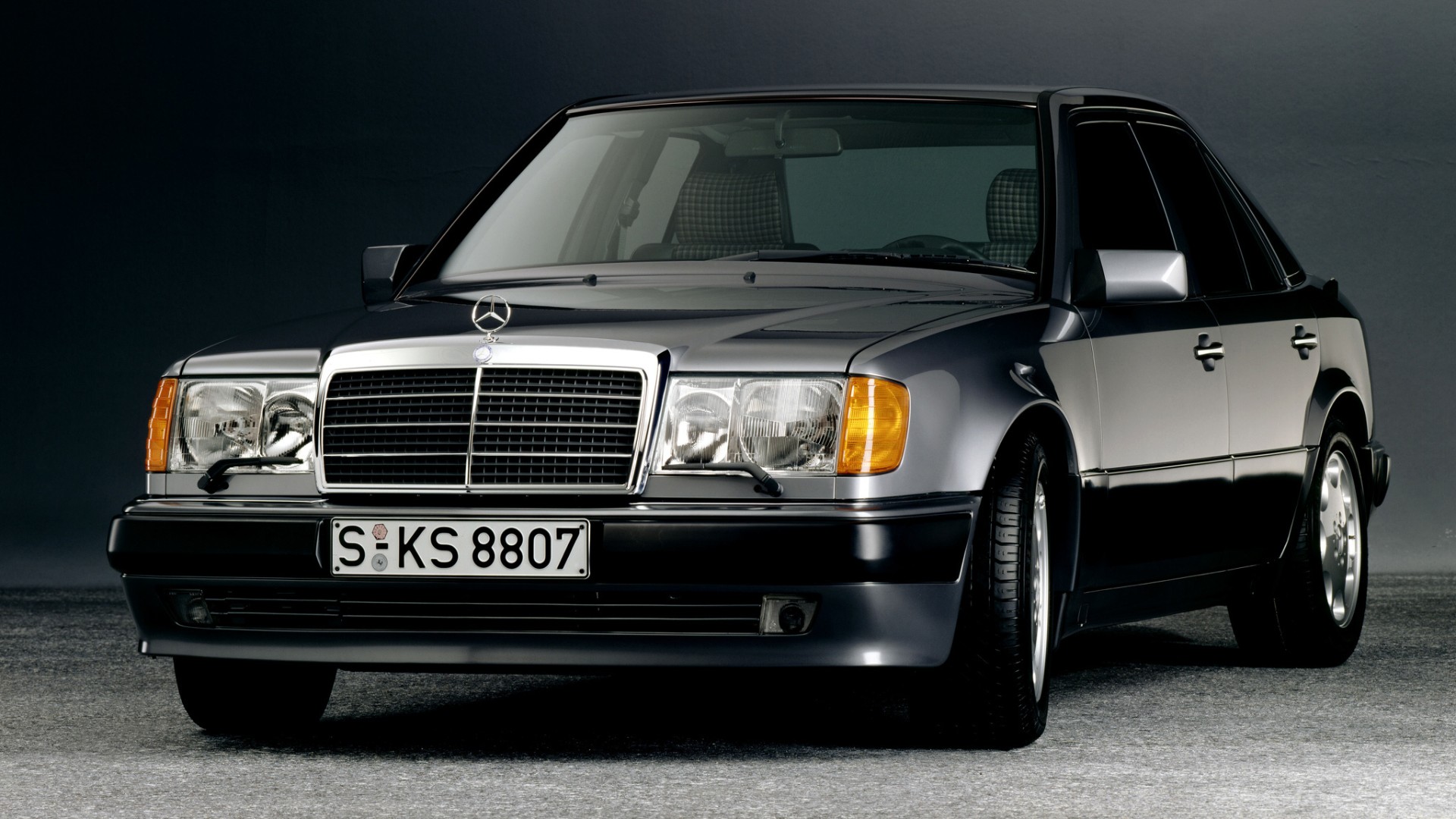 Audi isn’t the only one to seek Porsche’s help in making a family car go fast. The Mercedes 500 E predates it and set the precedent of a hefty premium for Porsche expertise. At launch it was twice the price of a 300 E.

What exactly was Porsche’s involvement? Well, it was on board for development from the beginning, helping Mercedes achieve its sports car/saloon vision. It also assembled the production cars at its Zuffenhausen plant. 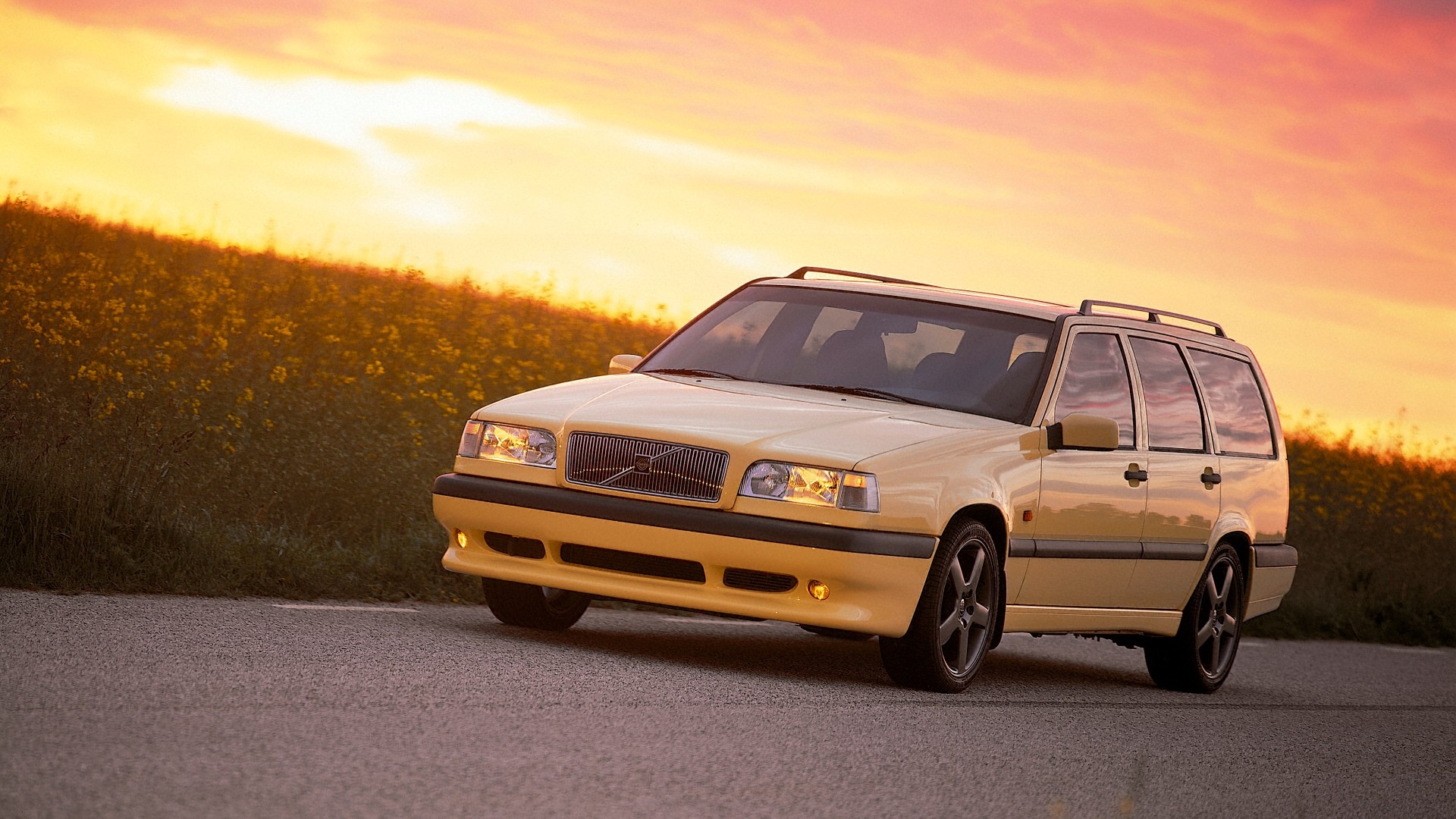 The 243hp engine and transmission were on Porsche’s performance to-do list. Inside, its influence can be felt in the Alcantara-trimmed seats. On the outside, sporty wheels and a garish selection of paint colours were the only clues to the 850’s performance, although they weren’t Porsche-supplied.

The result was a Volvo wagon that could crack 60mph in less than six seconds, on the way to a top speed of 155mph. It’s no wonder the police grew fond of using five-pot Volvo wagons. 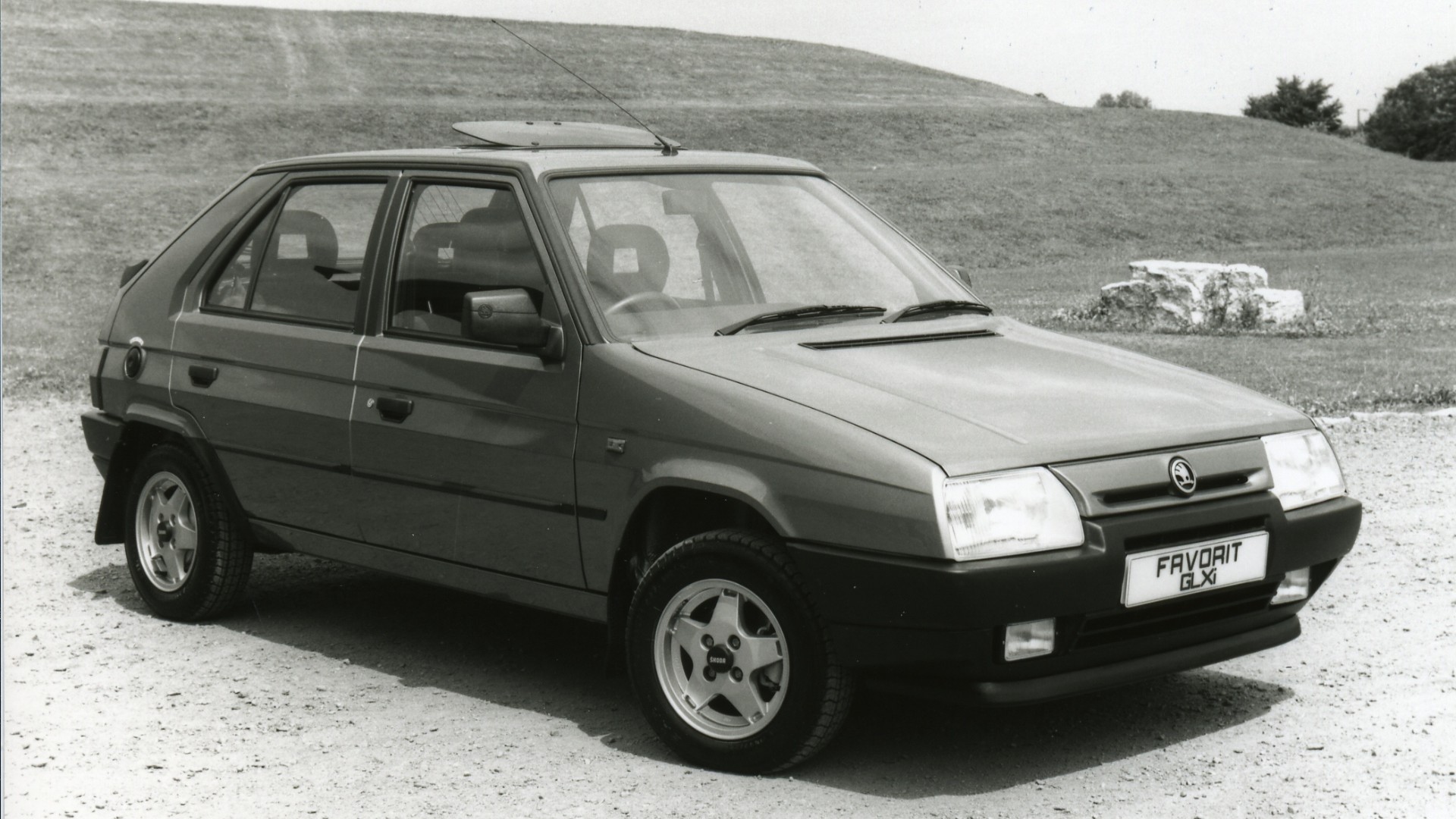 Skoda wasn’t always the dependable cut-priced Volkswagen alternative that we all recommend today. It was once the butt of more than a few Eastern-bloc jokes.

Before Volkswagen took the reigns, though, Skoda had one last crack at being taken seriously. With development of 1987’s Favorit, it enlisted Porsche’s help. With the Germans on front suspension duties, Ricardo on the engine and Bertone on the styling, it should have been an underdog hit.

It was a talented and enjoyable bargain hatch, all told. Skoda’s first front-wheel-drive car had appeal, but that didn’t stop the inevitable Volkswagen takeover. 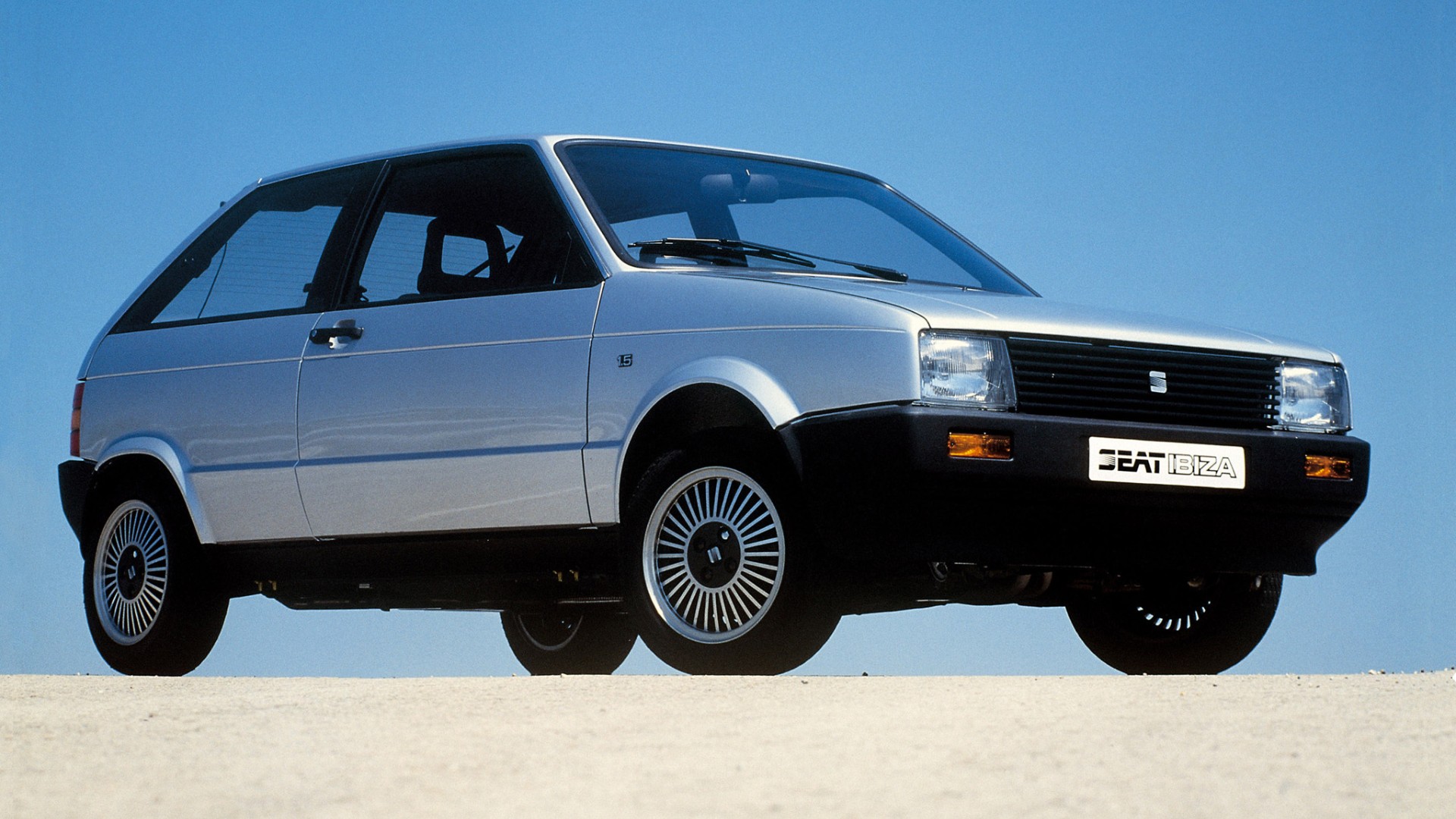 Before Skoda, Porsche had already got its eye in with European hatchbacks with the first Seat Ibiza. The marque’s involvement with the little Spanish hatch goes beyond the famous ‘System Porsche’ decals.

The Ibiza was Seat’s first independent model, given that predecessors shared much with Fiat products. Porsche was just one collaborator on the project, with others including Giugiaro and Karmann. Its styling is a repurposing of Giugiaro’s rejected Mk2 Golf design.

Porsche got seven Deutschmarks for every System Porsche Ibiza sold. In spite of developing the engine and transmission for Seat, and being paid accordingly, the seven marks were a royalty for use of the Porsche name. 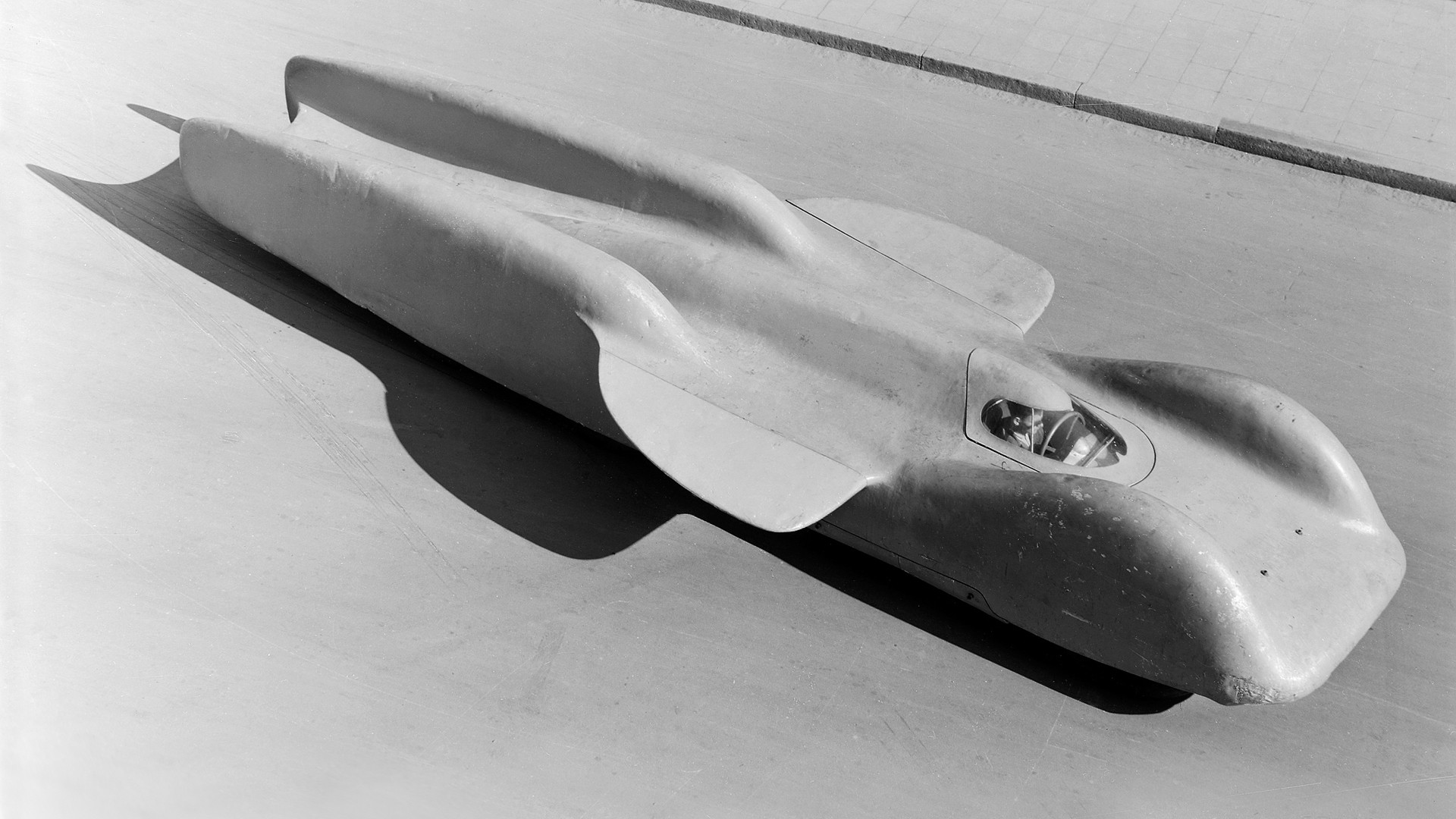 Long before hatchbacks and even people’s cars, the Mercedes-Benz T80 was a creation of Ferdinand Porsche. It was a 3,000hp monster destined for land-speed record glory.

But it wasn’t to be. The outbreak of World War II meant that the T80 never got its moment to shine on that stretch of motorway in Germany. That monstrous V12 engine and slippery body could have been good for 373mph. In theory.

The car now lives in the Mercedes Benz museum, although the body-less chassis was recently displayed at the Goodwood Festival of Speed. 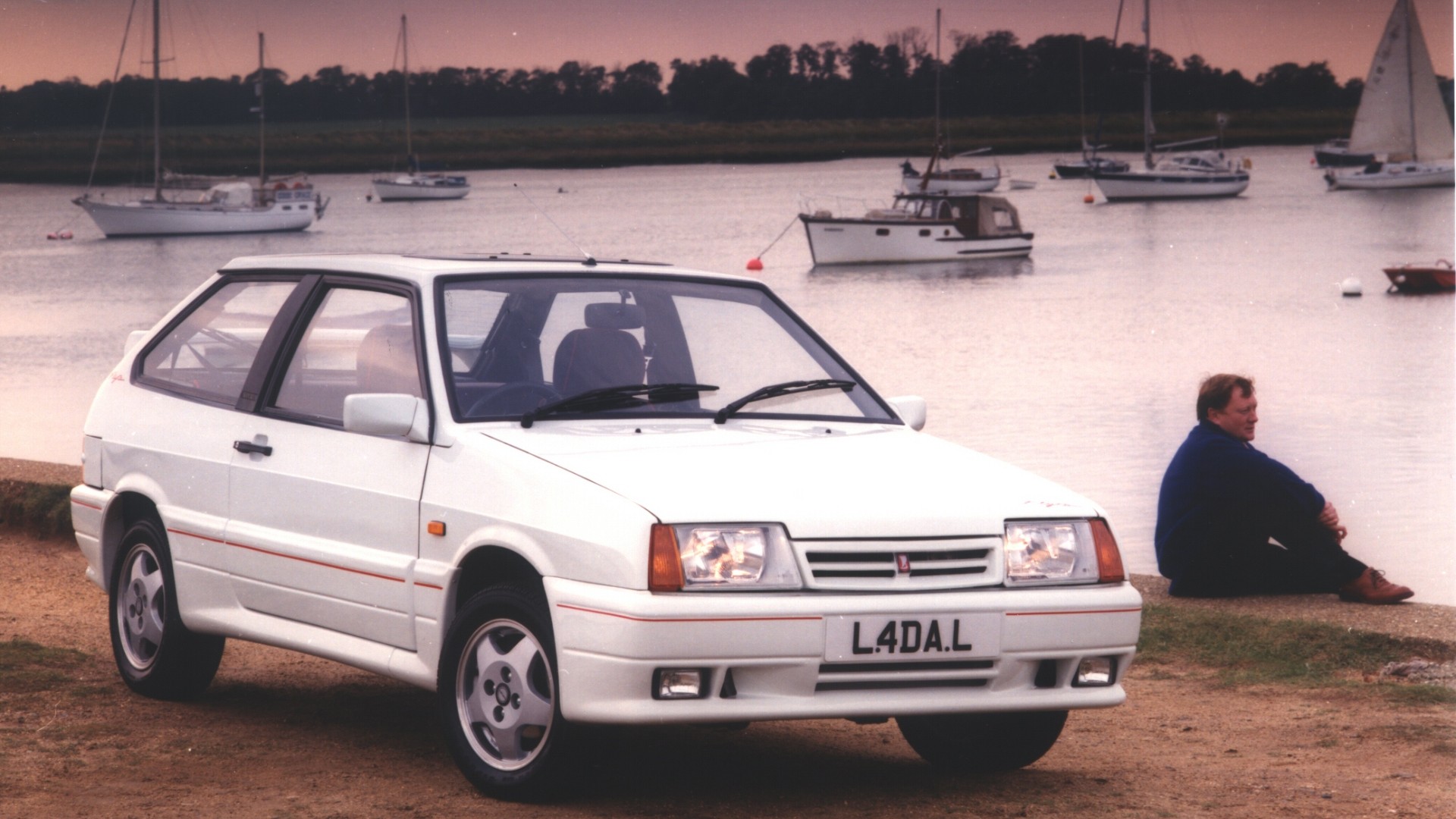 Porsche’s taste for a ‘people’s car’ spread across the Iron Curtain. The marque worked with Lada, with the end result being the engine in the Samara, introduced in 1984. The T3 Paris-Dakar version borrowed its engine and driveline from the mad 959 supercar. 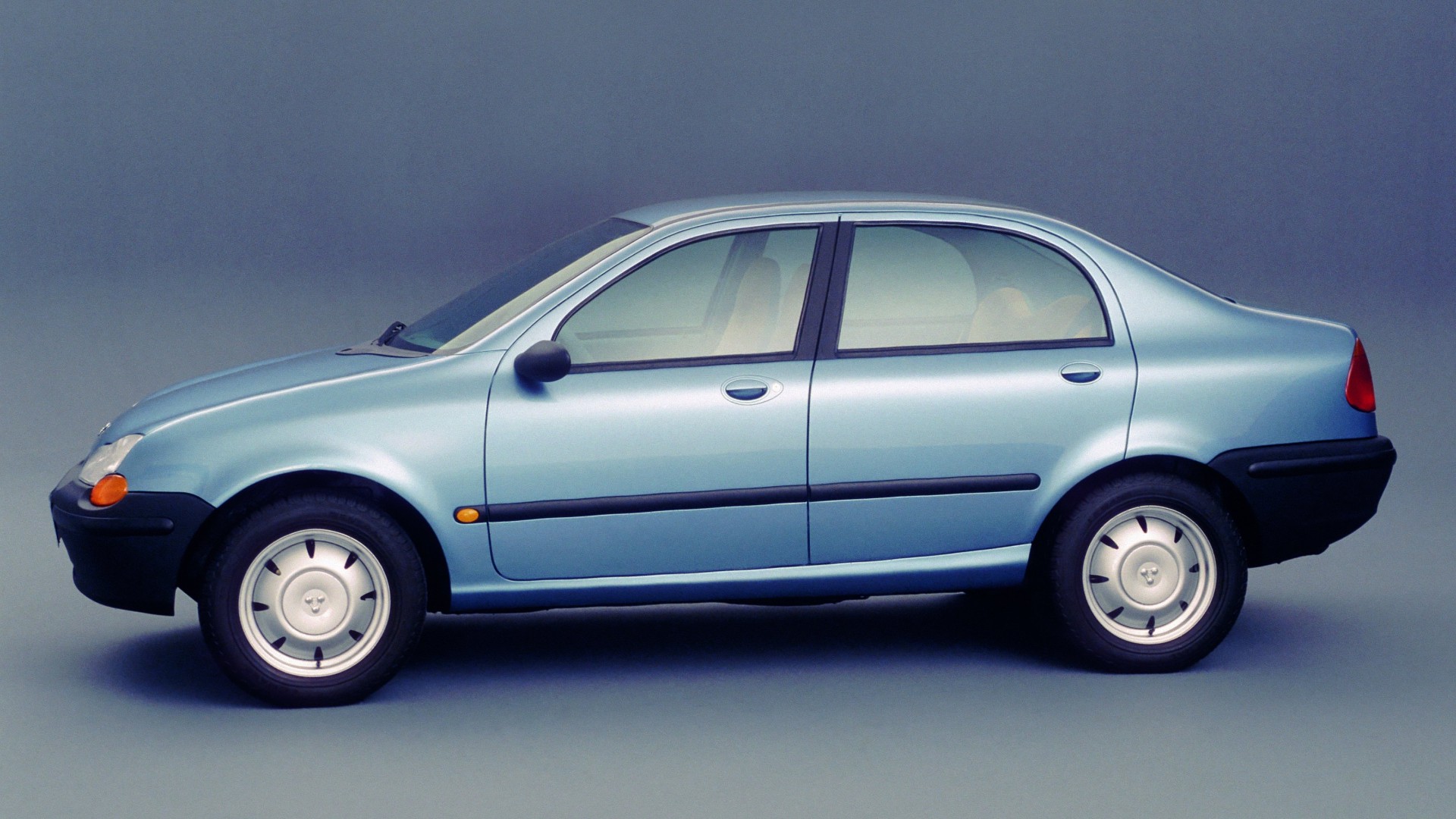 Moving eastwards into China… Porsche answered the country’s call for a ‘people’s car’, developing the entirety of the diminutive C88 small family car for 1994.

We say ‘small family car’: in accordance with Chinese policy on children, it’s only got one child seat. Even the badge – two small dots and a smaller dot – represent two parents and a child.

The two Cs mean ‘Comfort’ and ‘Cheap’ and ’88’ is a number to appeal to Chinese people, who see it as lucky. Weighing less than 1,000kg and capable of an impressive 49mpg, it was the perfect offering. The project never went ahead, though, so the C88 is a one-off. 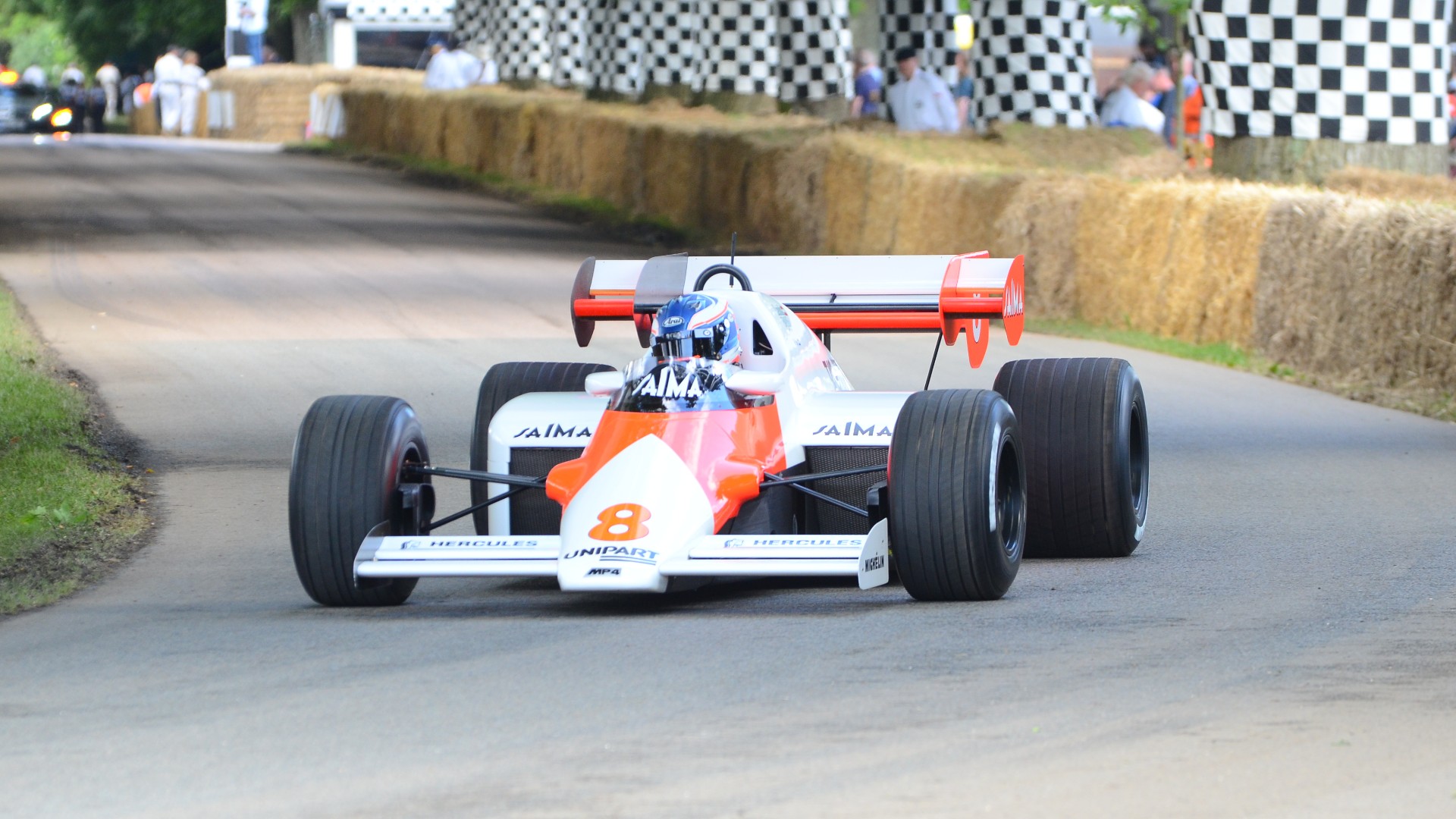 Of course Porsche is no stranger to motorsport, but it’s a rare sight in F1. Late in 1983, McLaren’s burgeoning line of MP4 F1 cars adopted the TAG-Porsche turbocharged engine in place of the ageing DFV.

In 1984, 1985 and 1986, the Porsche-equipped McLaren won the F1 world championship for Niki Lauda first, then Alain Prost twice. 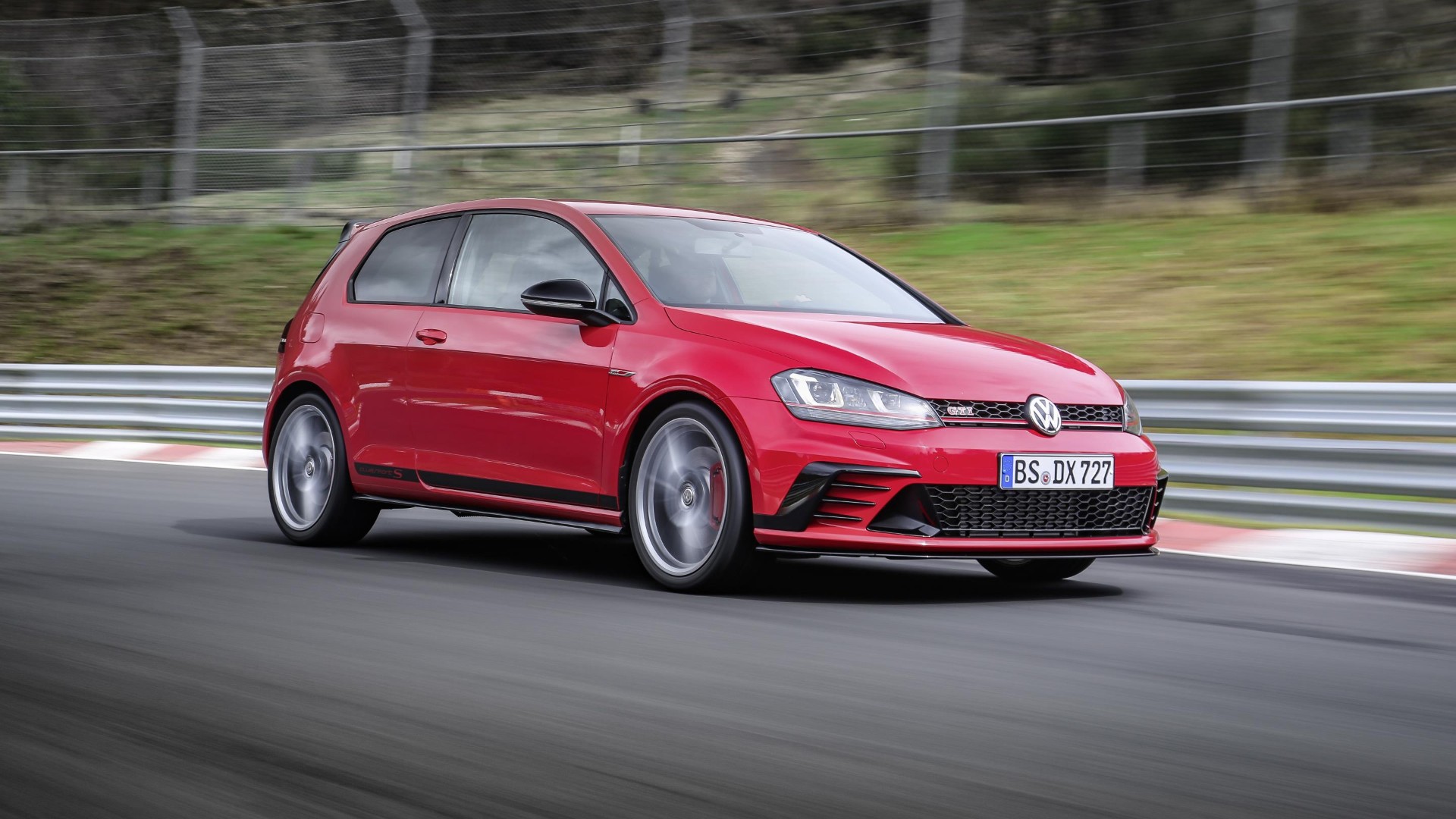 We end where we began, with a Volkswagen. Porsche’s involvement with the Volkswagen Golf GTI Mk7 is at best described as ‘in spirit’ rather than anything else. Why? A gentleman called Karsten Schebsdat.

He’s the man that made the Mk7 the highly-praised prodigious all-rounder that it is, utilising all the resources at his disposal to endow it with a clever limited-slip differential, adaptive damping and impeccable balance. His previous credits include the first Ford Focus, Mk5 Golf GTI and, not long before joining VW again, the Porsche 911 GT3.

The Mk7 benefits from that GT3 experience, and a man with obvious talent in setting up cars. The Mk7 GTI isn’t labelled as a Porsche, but it’s got that inexplicable feel to it.