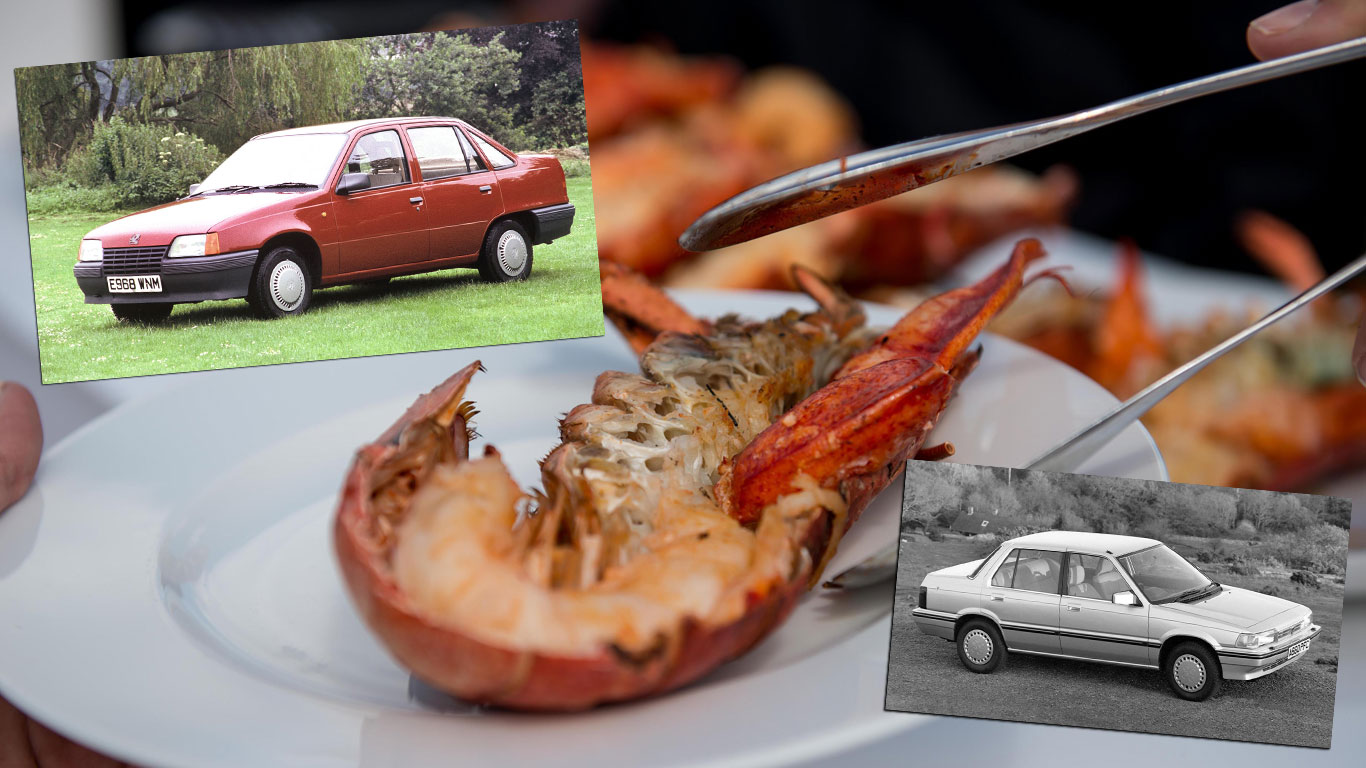 Salon Privé is the best-dressed car show of the year, filled with lobster luncheons, champagne dinners and the smartest clothes this side of a Milan catwalk. This, on the other hand, is a different take. May we present: Saloon Privé, a celebration of the best four-door saloons that are more Blenheim Crescent than Blenheim Palace.

Play your cards right, and you could be driving home in one of these gems for less than the price of a ticket to Salon Privé. Pick up some Scampi Fries and a bottle of Appletiser on the way back, for that authentic Saloon Privé experience. 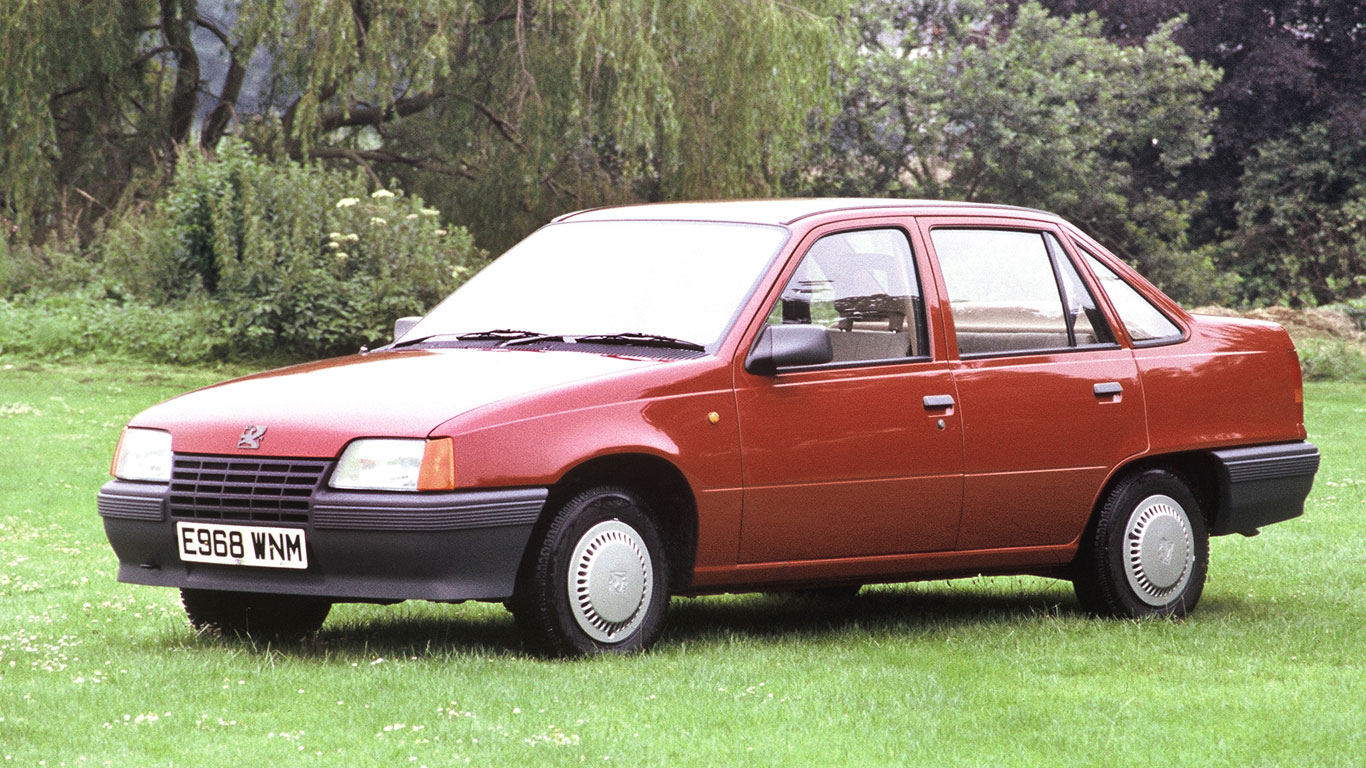 Once upon a time, the Vauxhall Belmont was the most stolen car in Britain. But ne’er do wells weren’t tempted by the clean lines or the whippet-like pace. Oh no, the fact is: the Belmont was incredibly easy to steal. One minute it was parked outside your immaculate bungalow in Something-on-Sea, the next minute it was terrorising a housing estate in Oxfordshire. 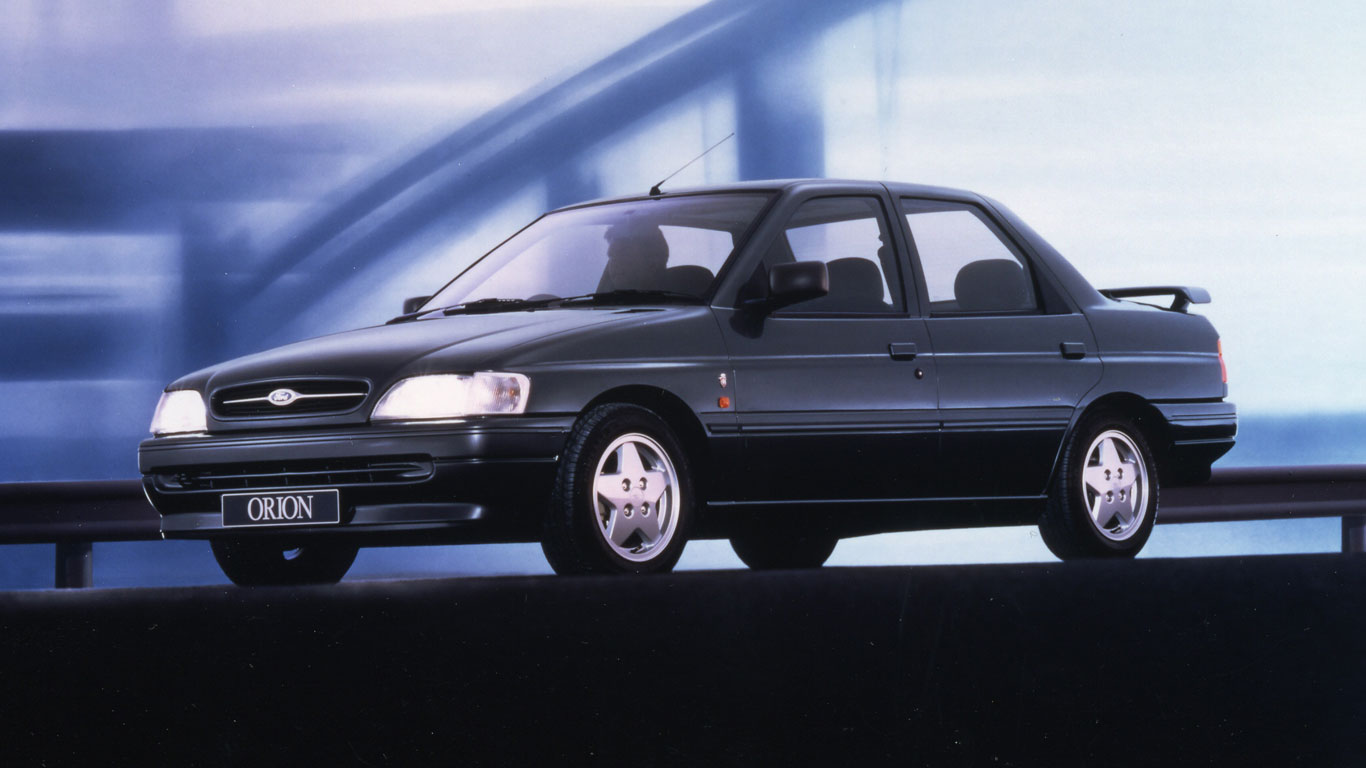 Pity the poor Ford Orion. For so long, it was a model in its own right; treated to a corner of the Ford showroom and its own glossy brochure. But then, as Britain began to fall out of love with the saloon, the Orion name was consigned to Ford’s ye olde book of history, simply becoming the Escort saloon. It deserved better. For a while, the Orion One-Point-Six-Injection-Ghia was the thinking man’s Escort XR3i. 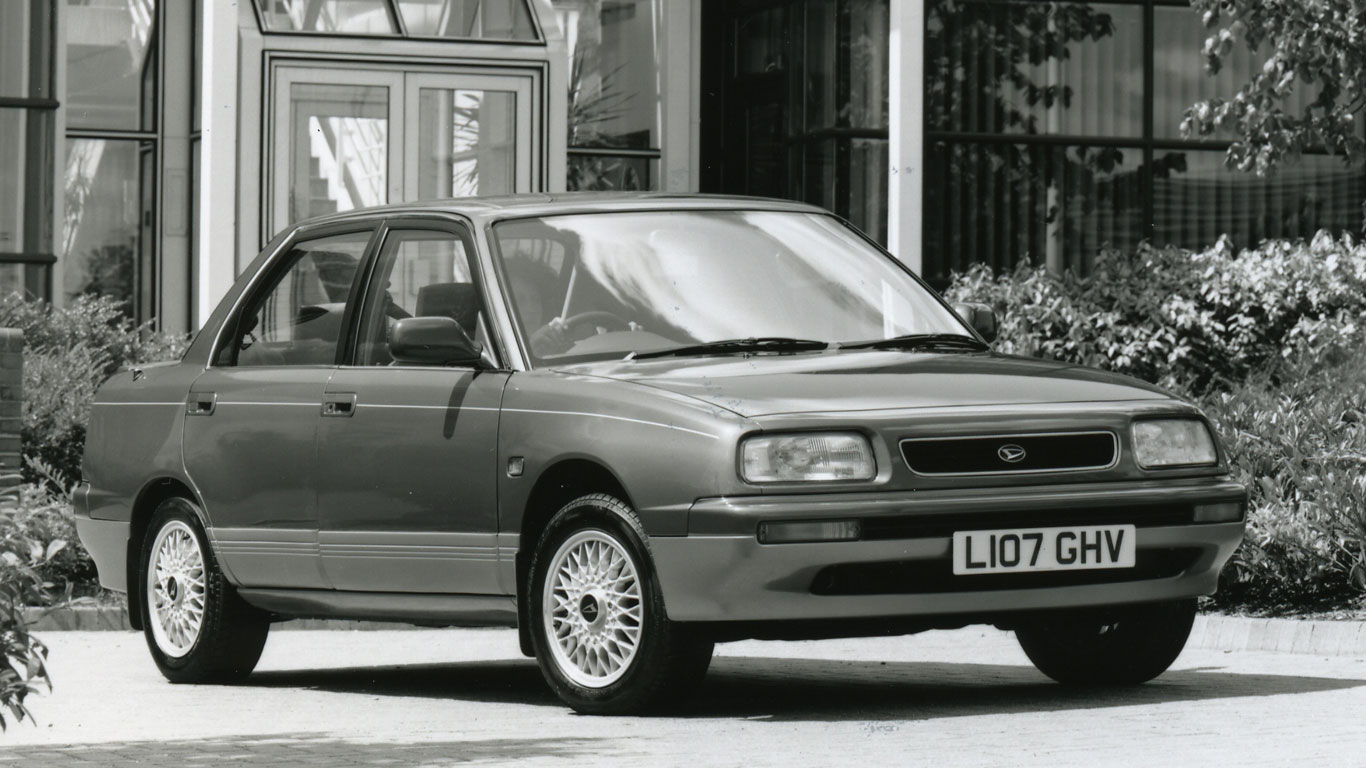 “Let’s hear it for the new Daihatsu Applause,” said the adman. With a name like that it was a copywriter’s dream, with none other than Auto Express rolling out the “Three cheers for Applause” line. Stop groaning at the back. But the idea of a hatchback dressed in a saloon suit deserved little more than a slow hand clap. On the plus side, it offered a boot larger than a modern hatchback and it’s far more distinctive than one of those new-fangled crossover things. 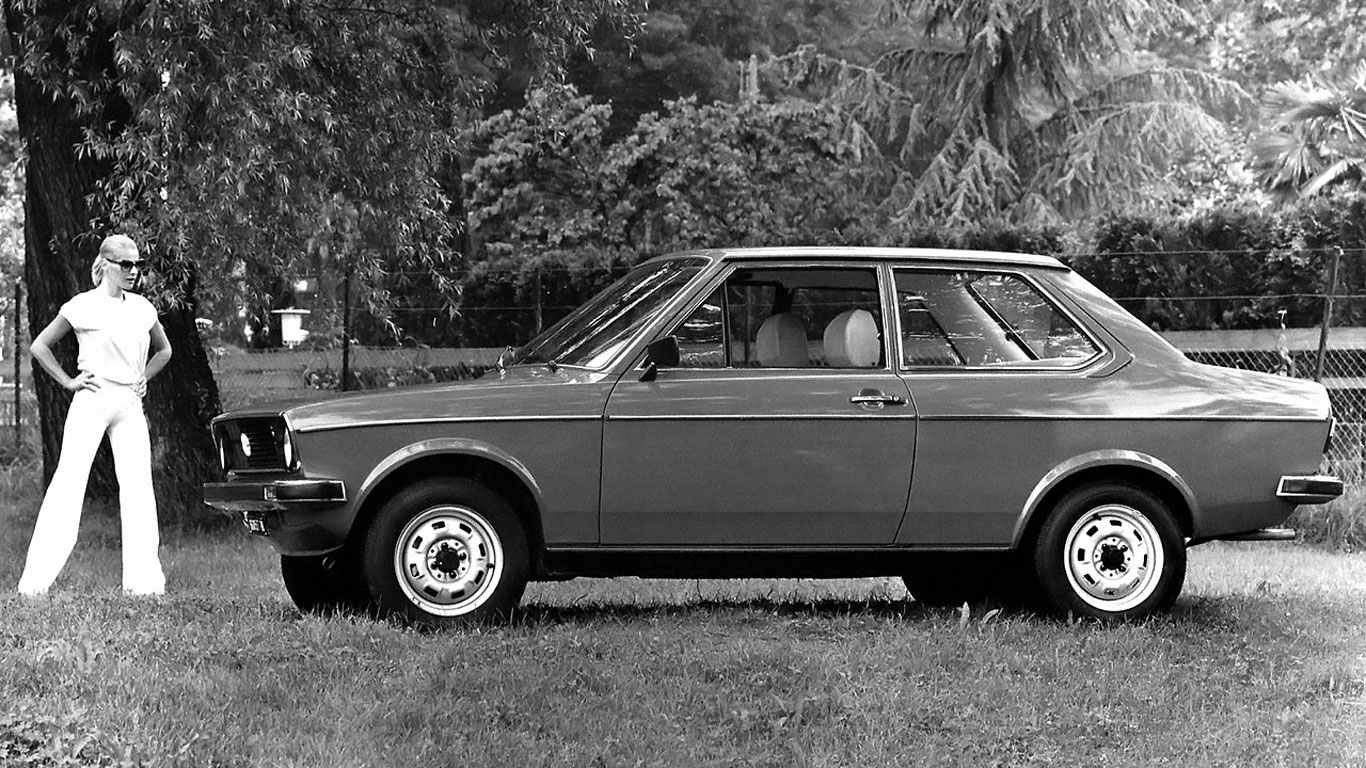 How many small saloons can you think of that are named after a city in the East Midlands? Volkswagen toyed with the idea of calling it the Leicester, before somebody in marketing realised that nobody outside of England would be able to pronounce it. Then a chap in the design department discovered there wasn’t enough room on the boot lid to call it the Volkswagen Ashby-de-la-Zouch. So the Volkswagen Derby was born. 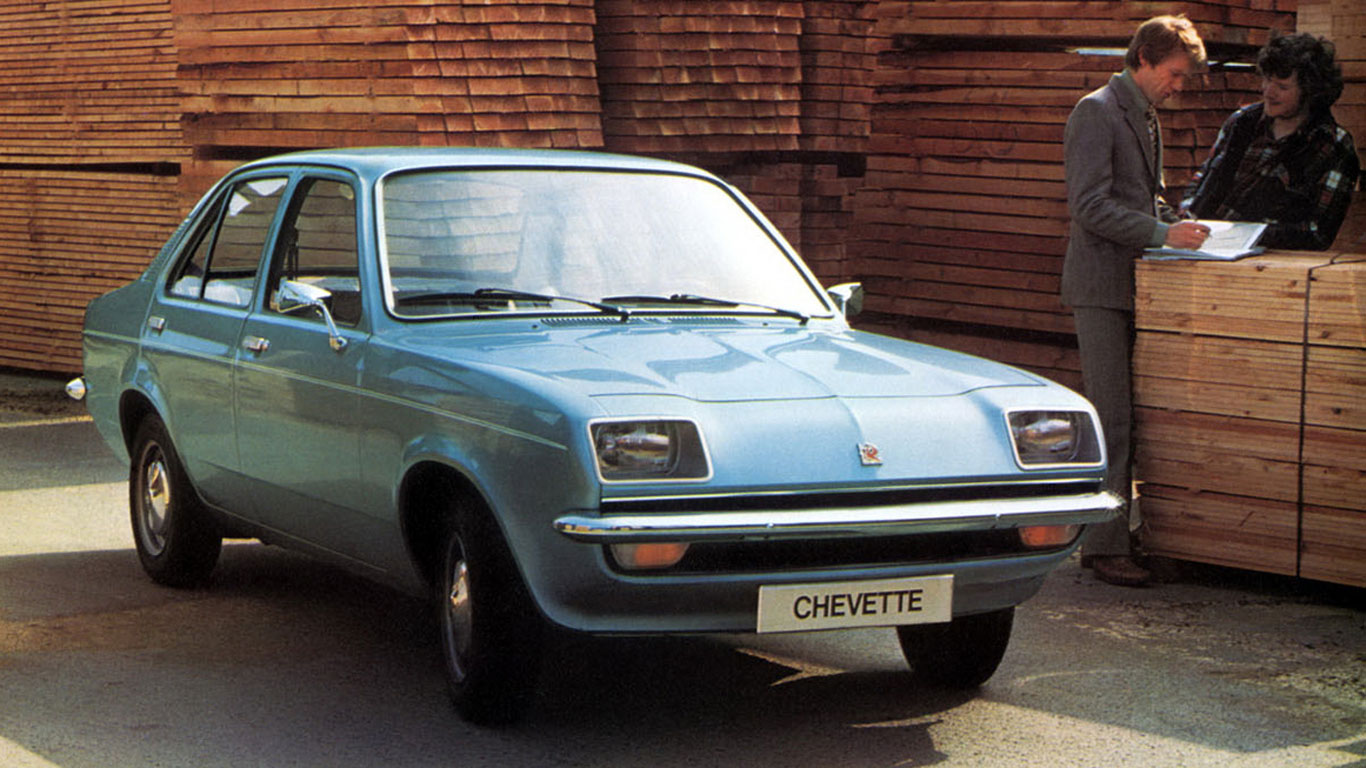 The Chevette was so good, Vauxhall had to launch two cars in order to replace it. “It’s whatever you want it to be,” said the promotional material, and for a while it was one of Britain’s best-loved cars. 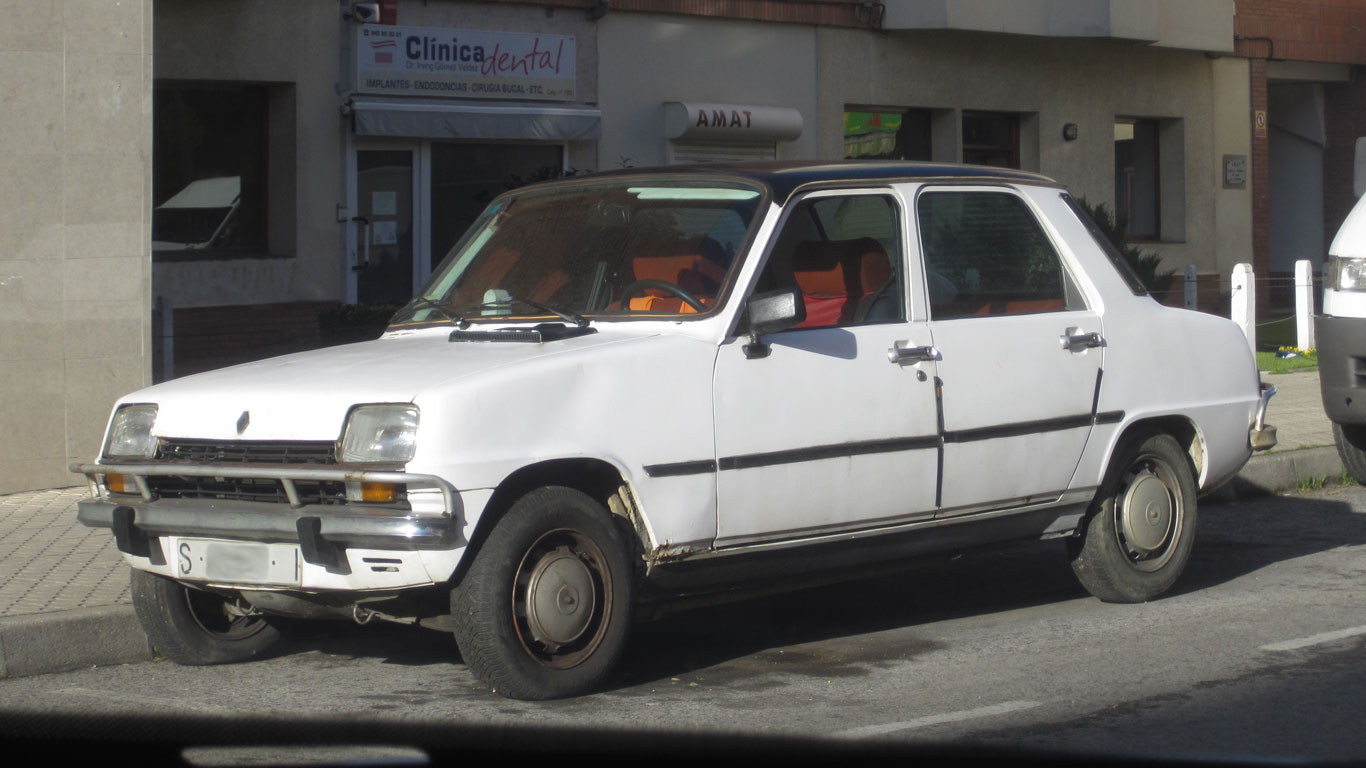 The Renault 5 is regarded as a design classic and one of the most important French cars of the 20th century. It was chic, fun and affordable. The Renault 7, on the other hand, was far from chic. Thankfully the R7 was mostly sold in Spain, but we can’t quite forgive Renault for allowing it to happen. It’s like Nicole waking up to discover somebody has given her Kim Kardashian’s bottom. PAPA! 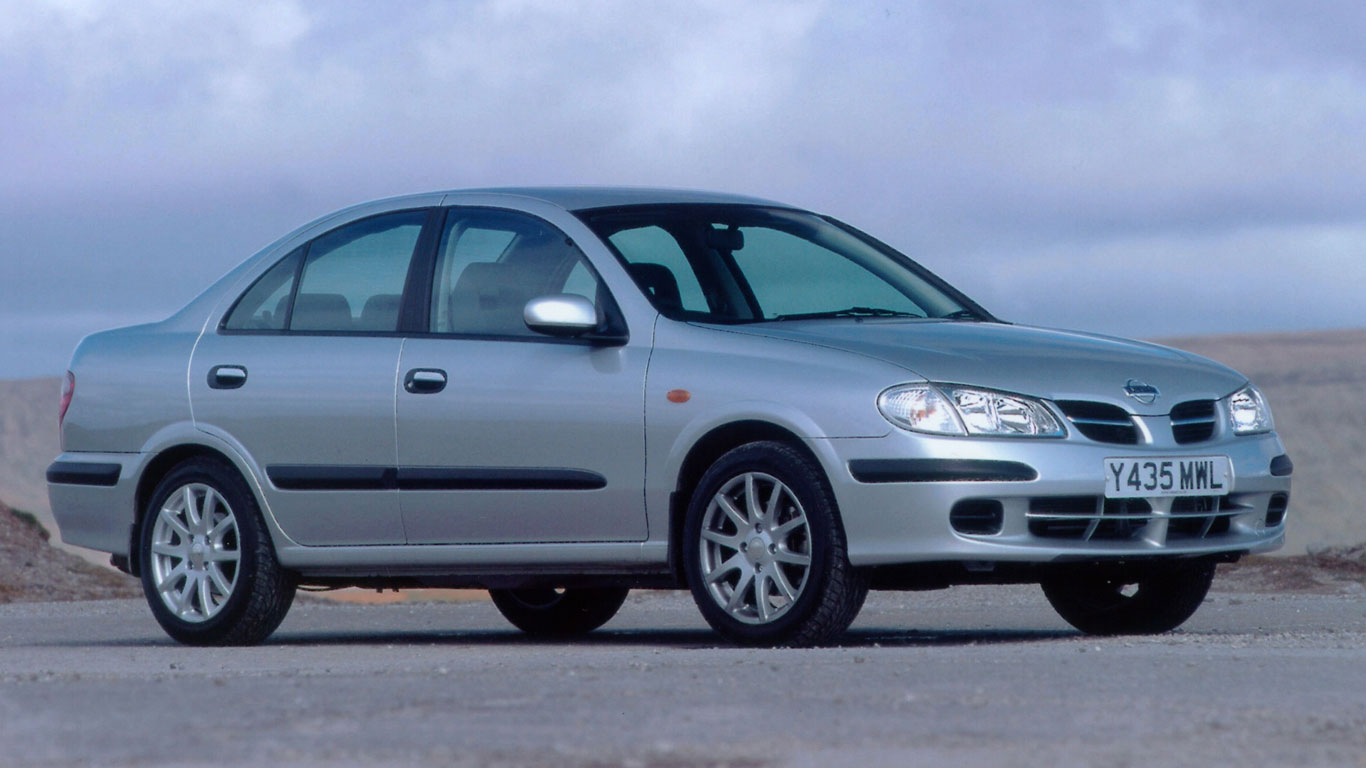 Aside from the GTi, the Nissan Almera offered little in the way of excitement. It was to the car world what cold semolina is to the dessert menu. Even Nissan got tired of its face, killing it in order to pursue a new path peddling crossovers to an unsuspecting public. The saloon version of the Almera – it’s enough to give children nightmares for weeks. 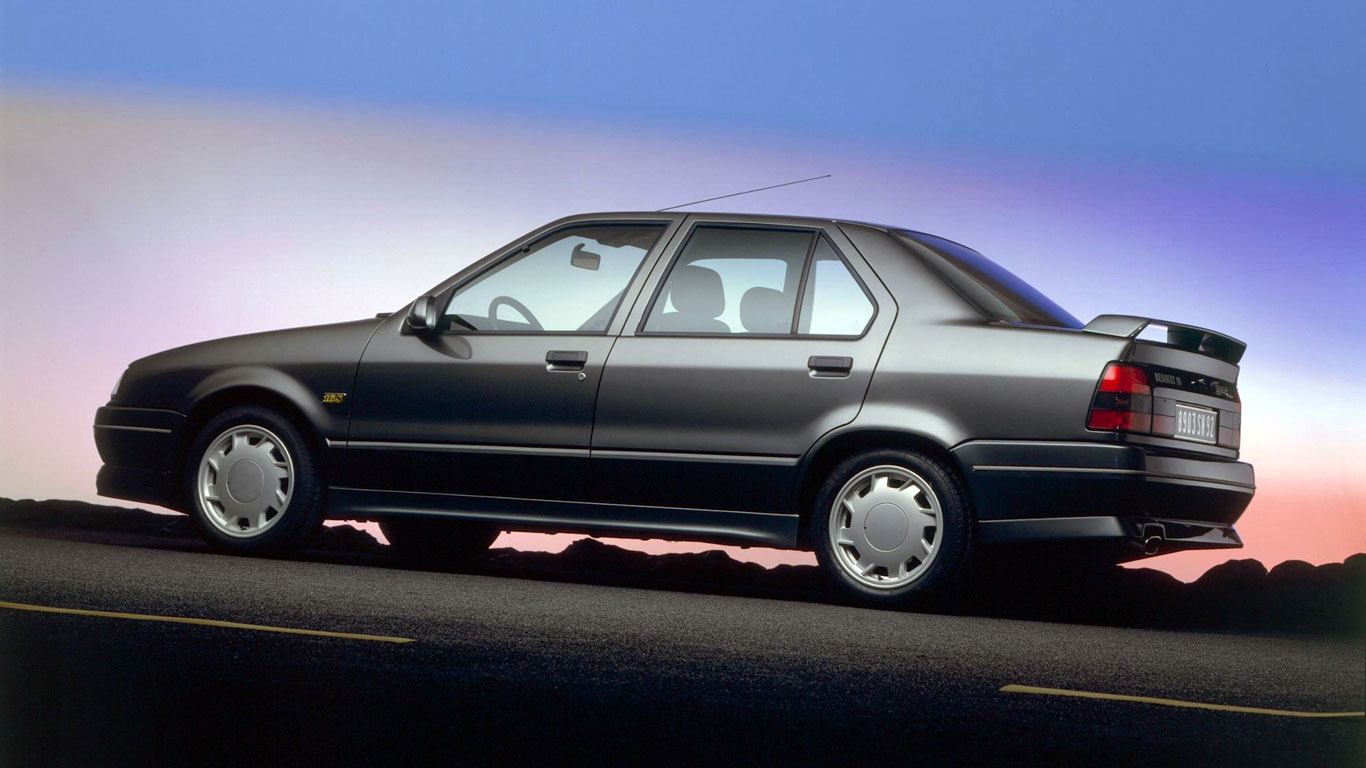 Phwoar, would you look at that? Realising it had made a mistake with the R7, Renault chose to balance things out with the launch of the Chamade – the booted version of the Renault 19. It’s majestic, it’s delightful, it’s as rare as rocking horse poo. The 19 Chamade 16v is a forgotten gem of the performance car world. 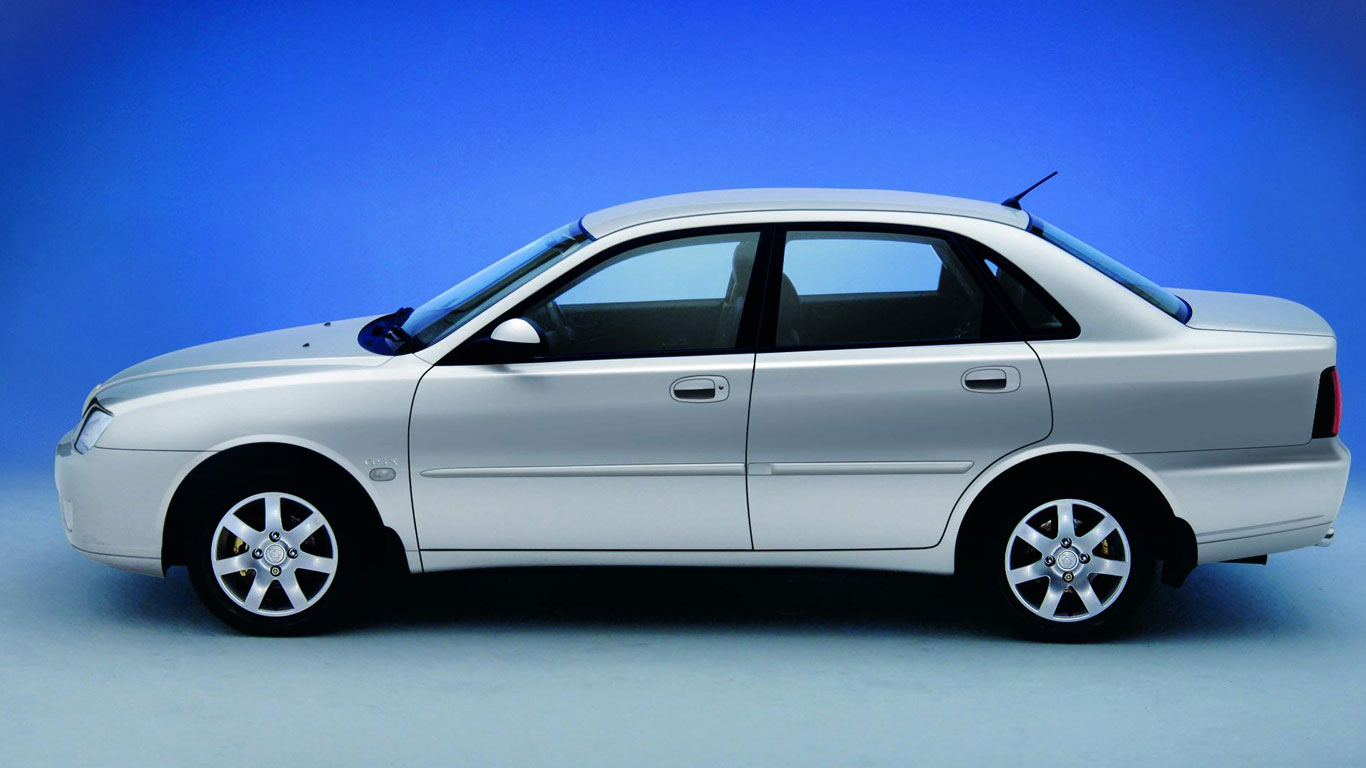 Talking of forgotten gems… Actually, that might be stretching things a little, but how many Malaysian saloons can you name with Lotus ride and handling and a ruched leather interior? Sadly, this fact was lost on most Proton Impian owners as they made their way down to the lawn bowls club. Mention the lotus position to an Impian driver and they’d be reaching for the cod liver oil tablets faster than you can say ‘Countdown Conundrum’. 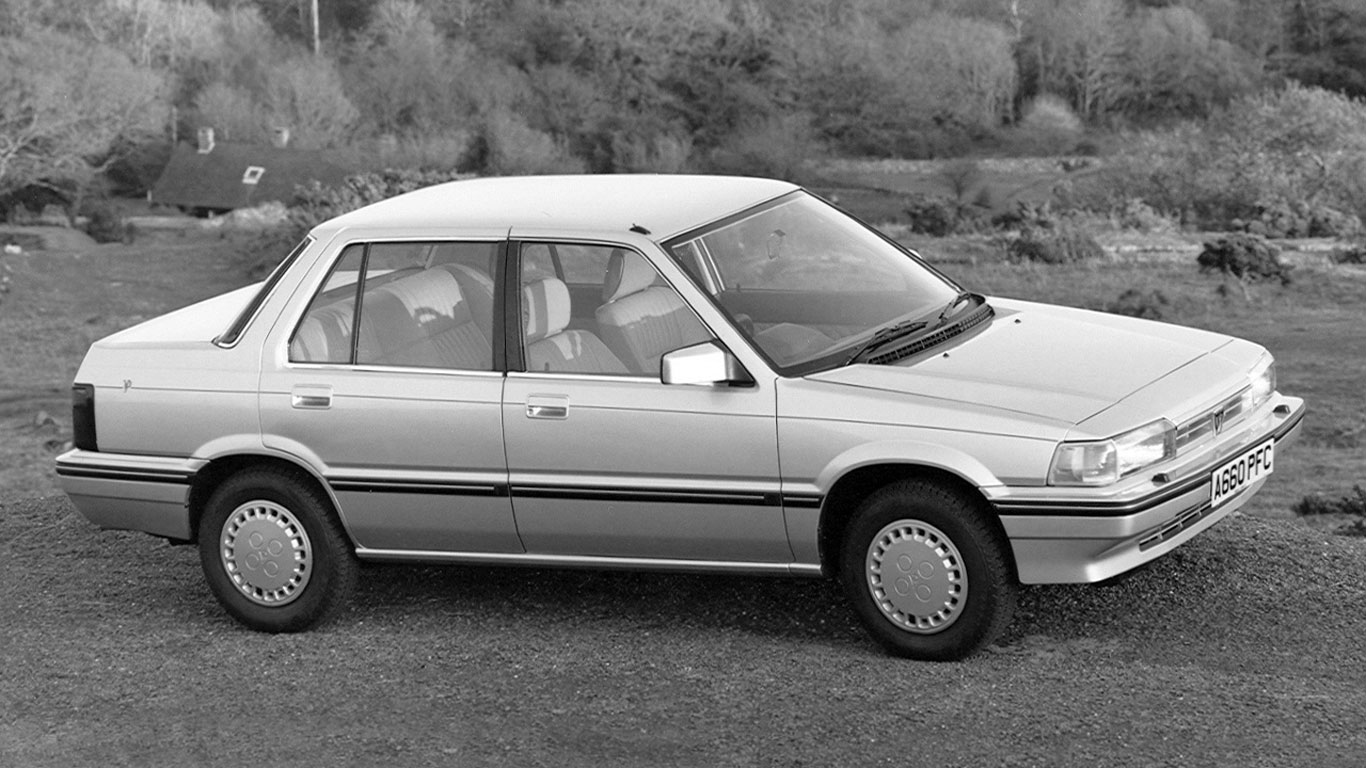 Salon Privé is all about keeping up appearances, so the Rover 200 Series would feel right at home on the lawns of Blenheim Palace. This was the saloon car of choice for Hyacinth Bucket, who was probably quite partial to lobster thermidor and a glass of fizz.