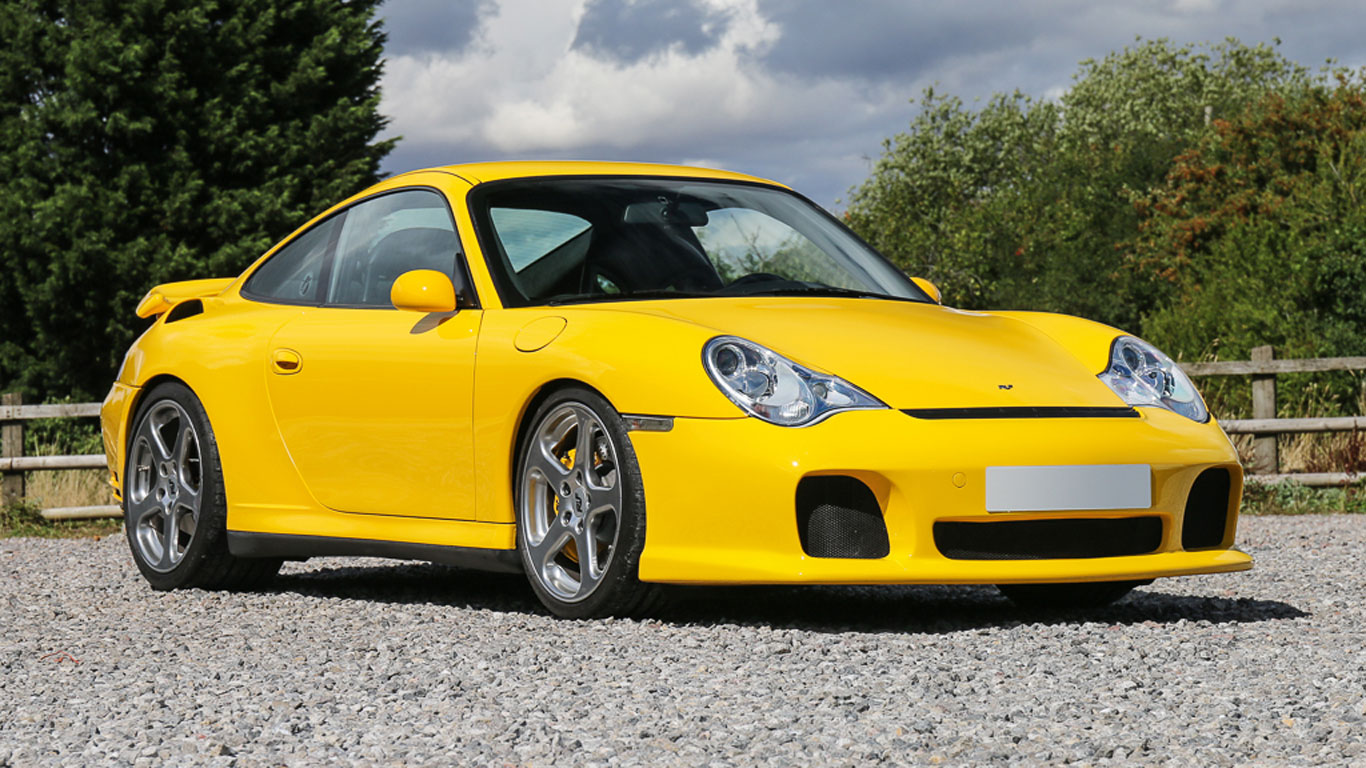 Two rather special RUF-tuned 911s are the headline acts at the forthcoming Silverstone Auctions Porsche Sale in association with Porsche Club GB. The auction takes place on Friday 28 September at Dallas Burston Polo Club in Warwickshire. Click through for more details of the RUF 911s and other star lots from the Porsche sale. 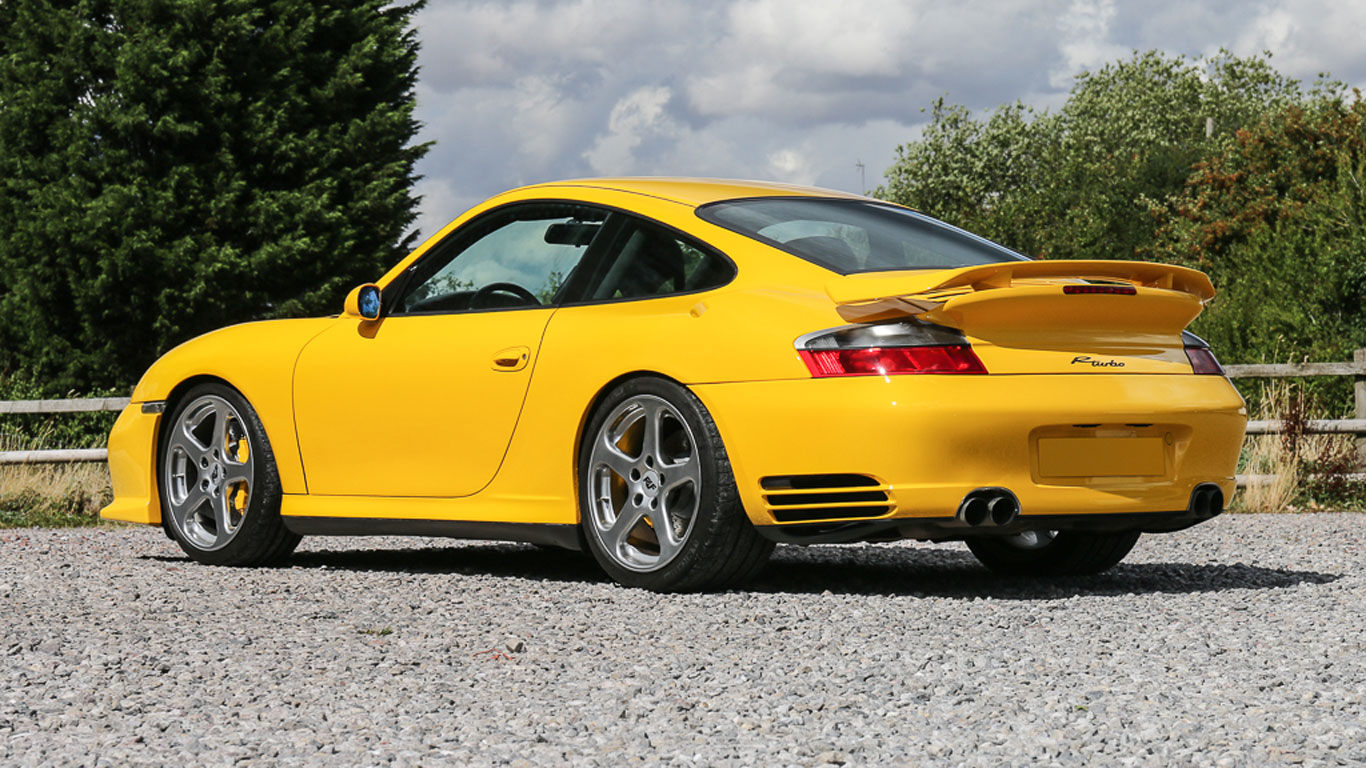 This 2002 RUF RTurbo is an original factory press car and is famous for starring in a Nürburgring promotional video. The 550hp 3.6-litre flat-six RTurbo is also the cover star of Marc Bonger’s book Porsche and Ruf Sportscars. Harry Whale, the classic car specialist at Silverstone Auctions, said: “Very few RUFs on the market can claim this heritage and provenance. The RTurbo retains its incredible performance and subtle looks and is a fantastic opportunity to purchase a piece of RUF’s history at the Porsche sale.” 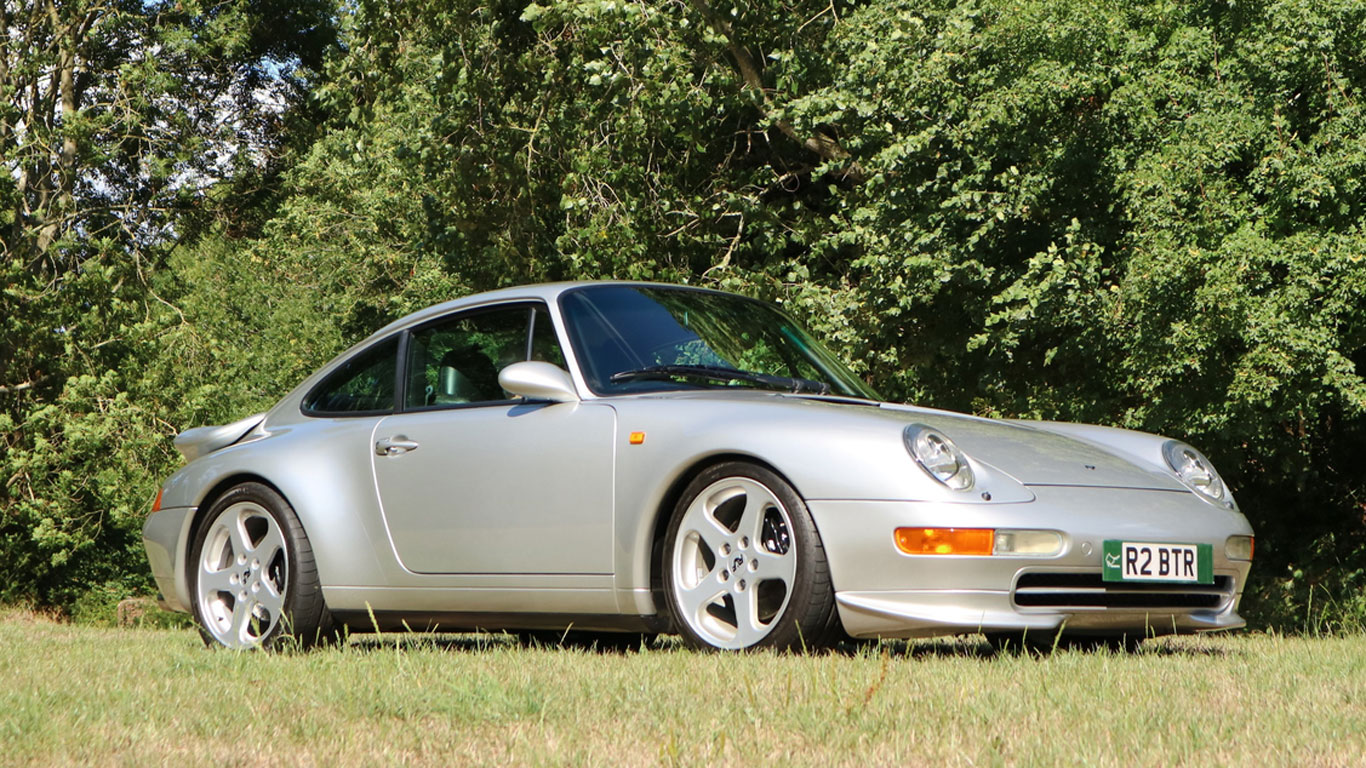 In 1984, the RUF BTR broke the 300km/h (186mph) limit in a ‘World’s fastest cars’ test in Road & Track magazine, topping 306km/h (190mph). This 1998 BTR2 993 Turbo will hit 191mph, sprinting to 4.1 seconds in the process. It features bespoke aerodynamics, suspension, wheels and brakes developed for the BTR2, and has always returned to the RUF factory for major servicing. “This is a highly exclusive opportunity. RUFs are already rare and this incredibly special example is one of only five in the world,” said Harry Whale. 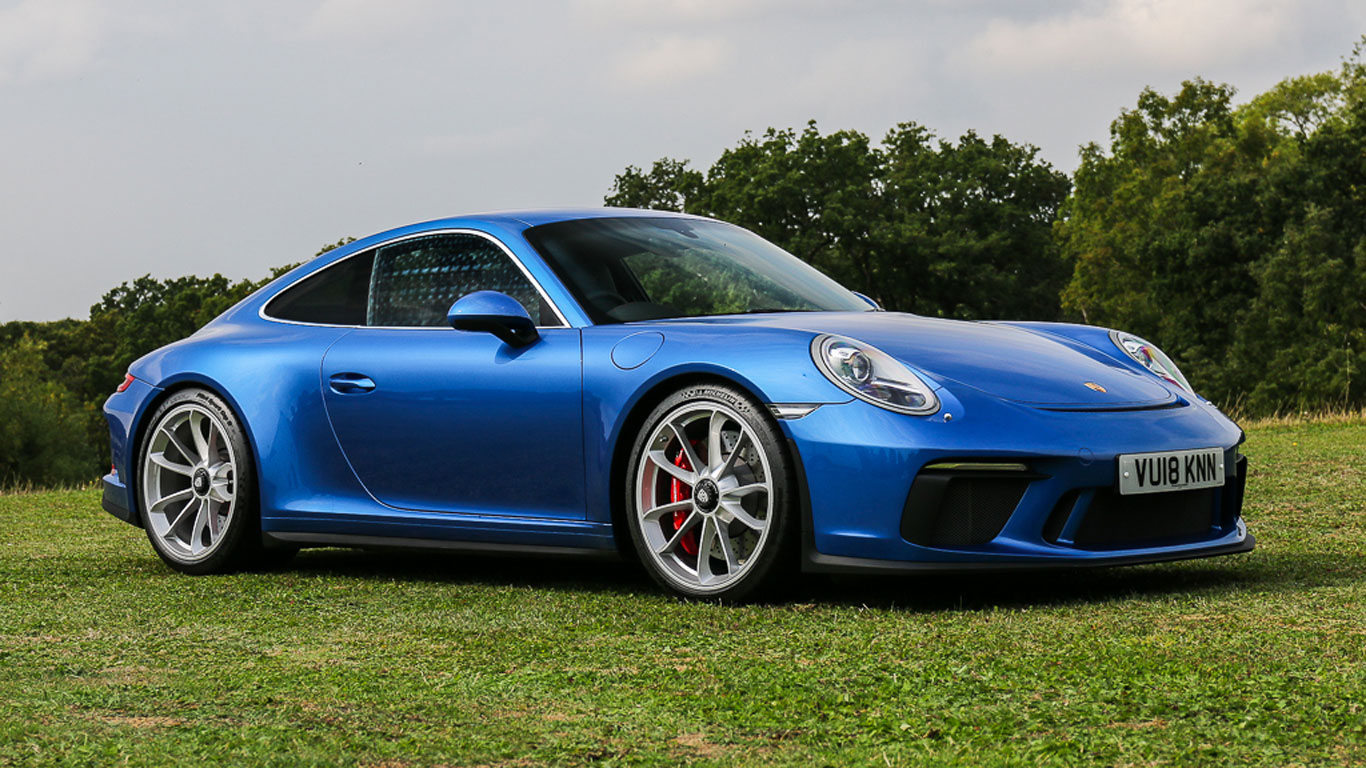 So, what’s it going to be? A RUF classic or a polished Porsche from 2018? This GT3 Touring has covered what’s described as “400 gentle miles from new” and is finished in Sapphire Blue Metallic with black leather. It was purchased in April of this year by Nick Whale, owner of Silverstone Auctions. 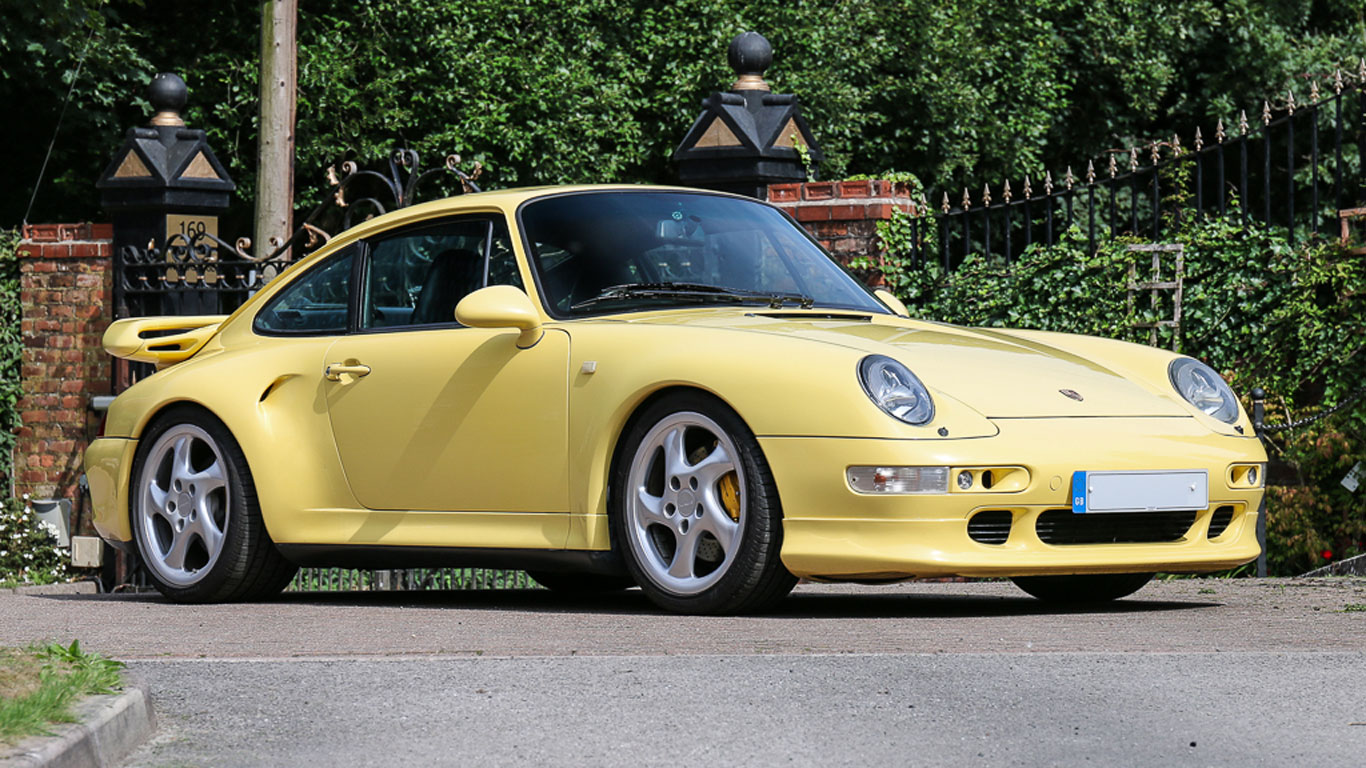 Not all of the lots in the Porsche Sale command a six-figure sum, but you’ll forgive us for kicking things off with some of the big hitters. This is one of only 25 UK-supplied right-hand drive Porsche 933 Turbo S models, finished in a highly evocative shade of Pastel Yellow. Supplied new via Porsche Wilmslow, the 1998 car has covered 71,163 miles and features a number of options including sports seats, top tinted windscreen and sunroof. 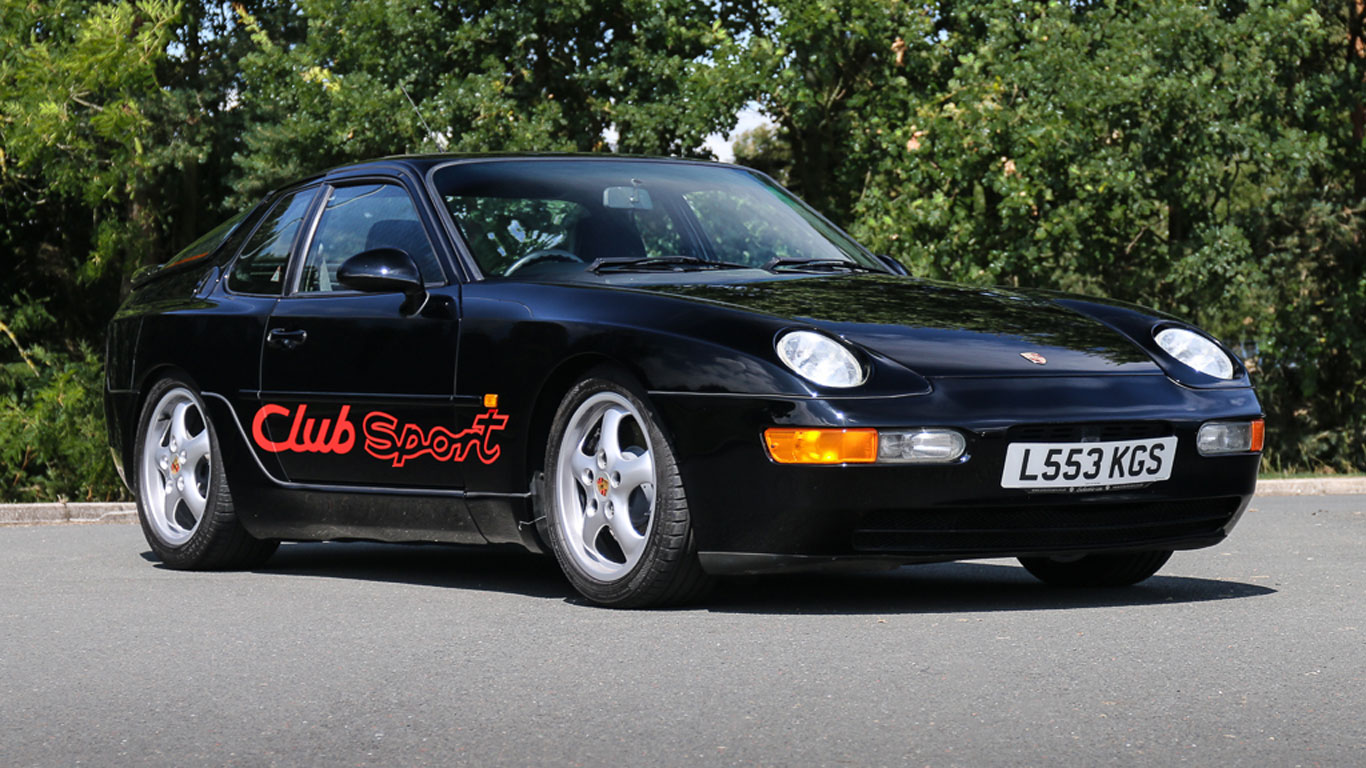 Hands up if you can remember the days when you could buy a Porsche 968 ClubSport for a four-figure sum. Sadly, those days are gone, as highlighted by this delightful UK-supplied model, which is one of only 179 right-hand drive UK examples. The ClubSport retained the 3.0-litre engine of the standard 968, but Porsche adopted a ‘less is more’ philosophy by removing the luxury-related equipment from the basic spec. The result was one of the best performance cars of the 90s. 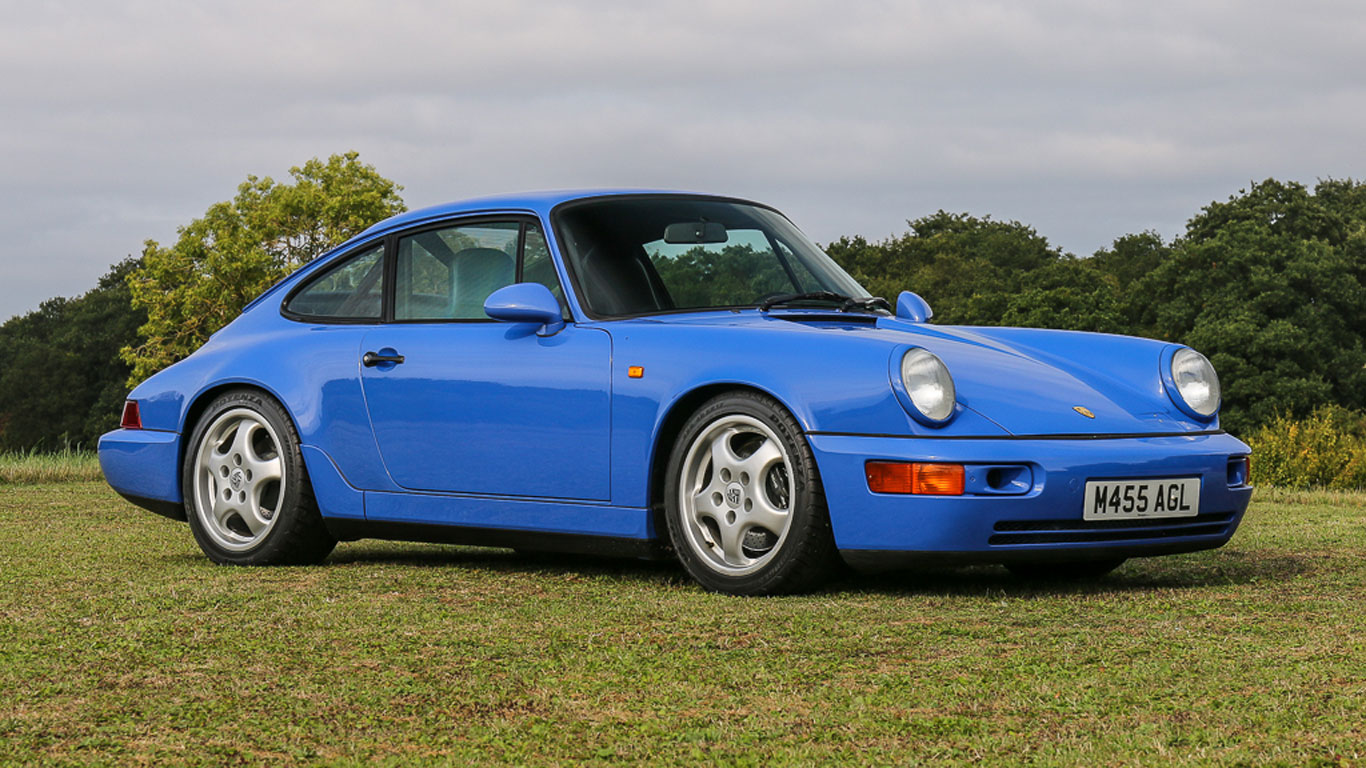 This is a rare version of an already limited production vehicle. Only 290 Porsche 964 Carrera RS N/GT models were built, each one a road-legal, lightweight version of the 964 Cup cars. However, this 1992 example appears to be one of only 20 sub-production models, each one sold as a 964 ‘Racing Package’. Each car was painted a different colour and all were sold in Japan. 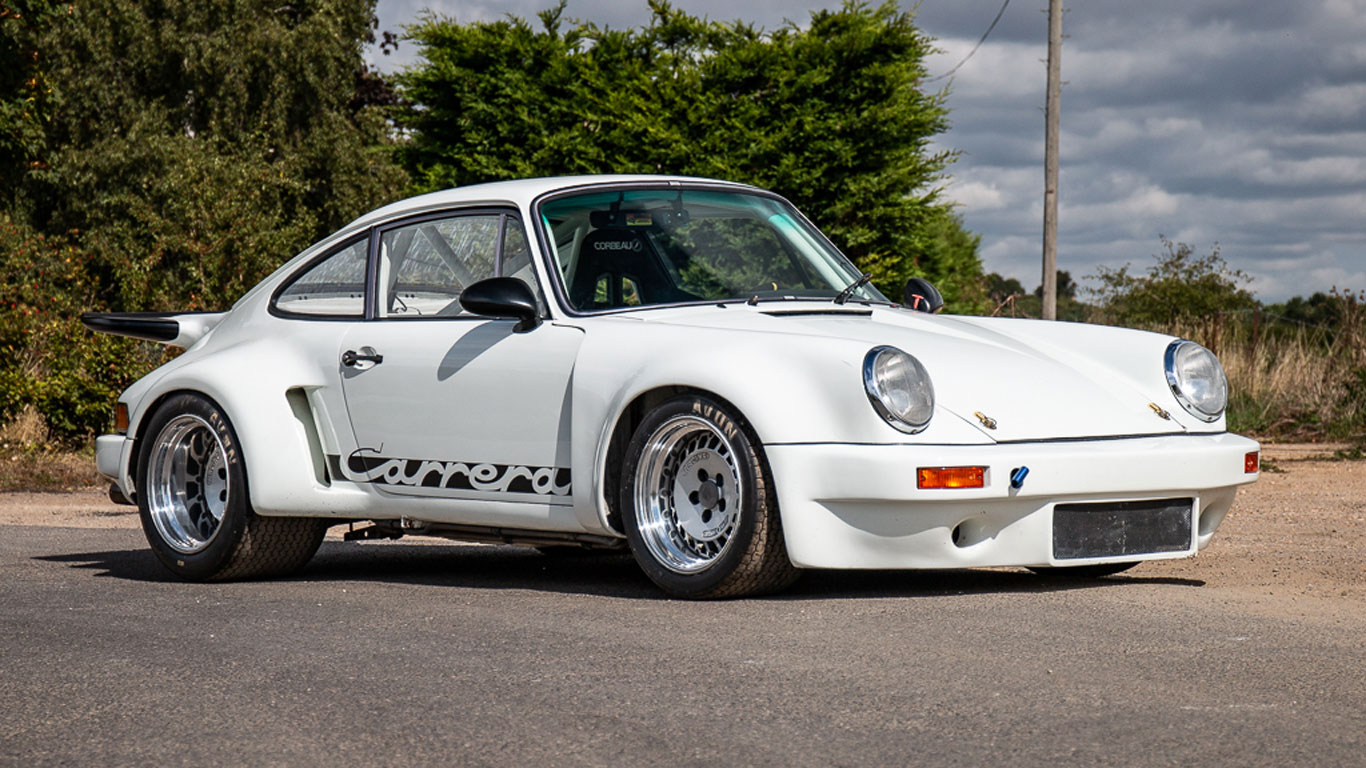 This car began life as a German market 1977 Porsche 911 S before being converted to a full 3.0 RSR race spec by a professional motorsport team. It went on to race at the Spa 6-Hours, in the Masters Series, World Sports Cars, and in Spain and Portugal. “If International racing is not for you, then this amazing car may well be eligible for some UK championships or even the occasional hill-climb or sprint and represents incredible value for money given the price of a factory original RSR. This is quite simply a stunning Porsche ‘racer’ in every respect and is not to be missed,” says the description. 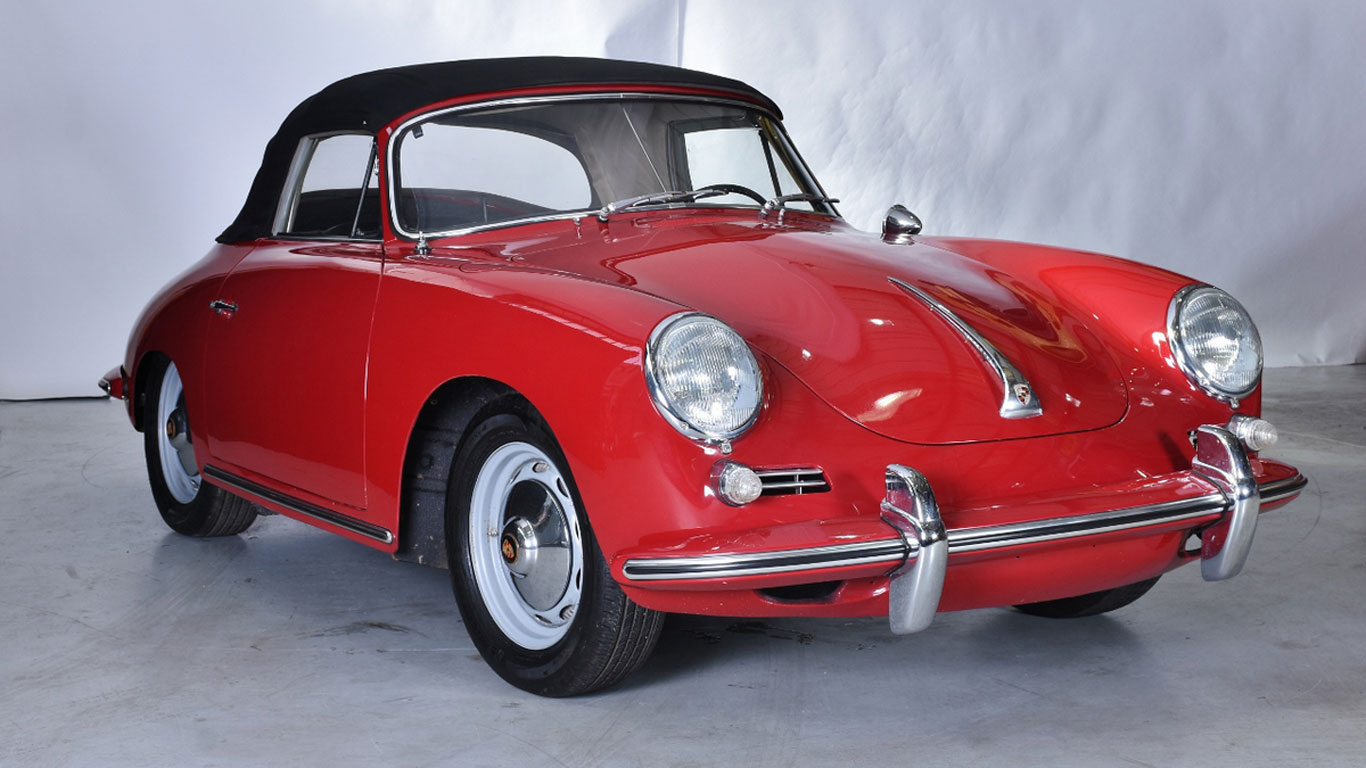 As pretty as a picture and as bright as a button, this 1962 Porsche 356B Cabriolet has been upgraded to the slightly more powerful 616/12 engine. The car will be supplied with a State of California Certificate and Title, and a NOVA reference number to enable UK buyers to register it with the DVLA. According to Silverstone Auctions, it has appeared in a music video, but we’re not sure which one. Answers on a postcard to the usual address. 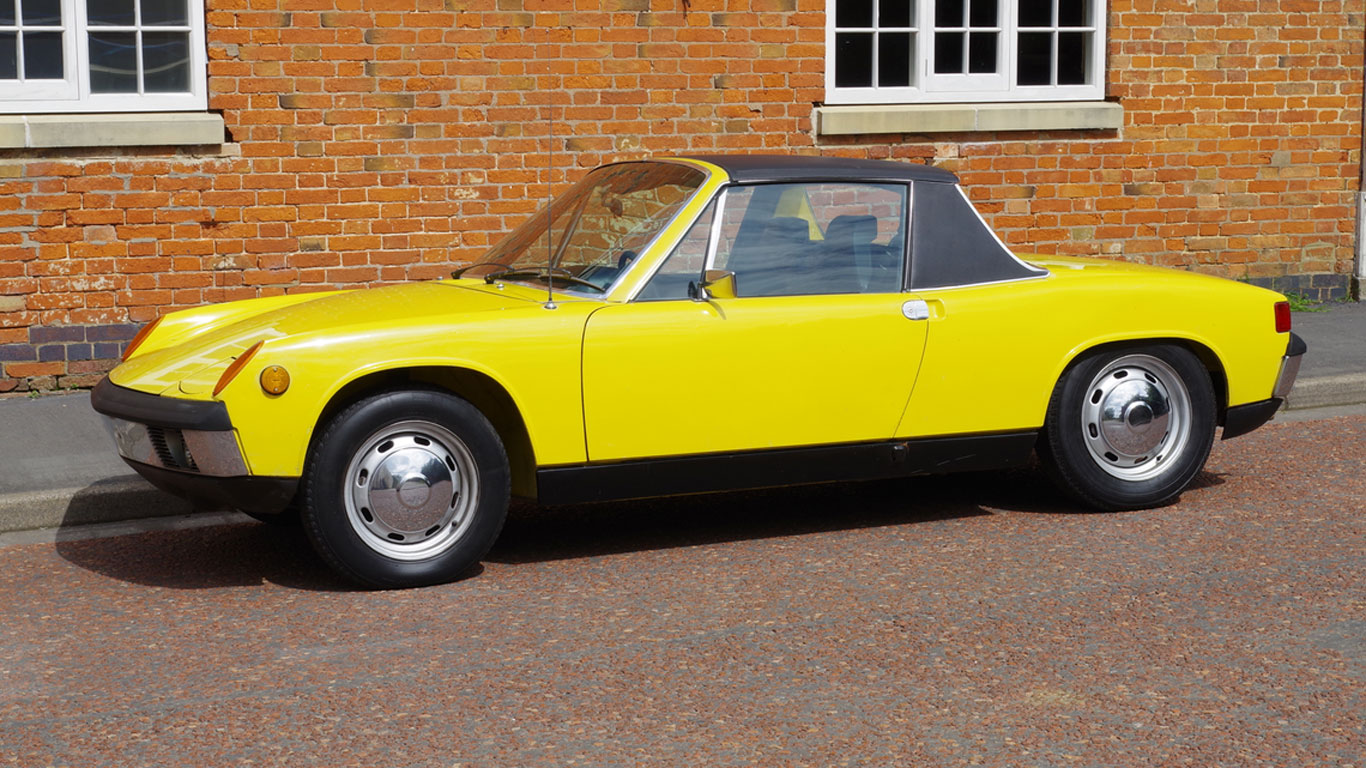 One of the ‘cheapest’ lots in the Porsche Sale is this 1971 914/4. Developed in partnership with Volkswagen, the Porsche 914 was launched at the 1969 Frankfurt Motor Show and designed to replace the 912. Just shy of 119,000 examples were built, with 80 percent of all 914s ending up in the US. This rust-free example is finished in Lemon Yellow and arrived in the UK from California. 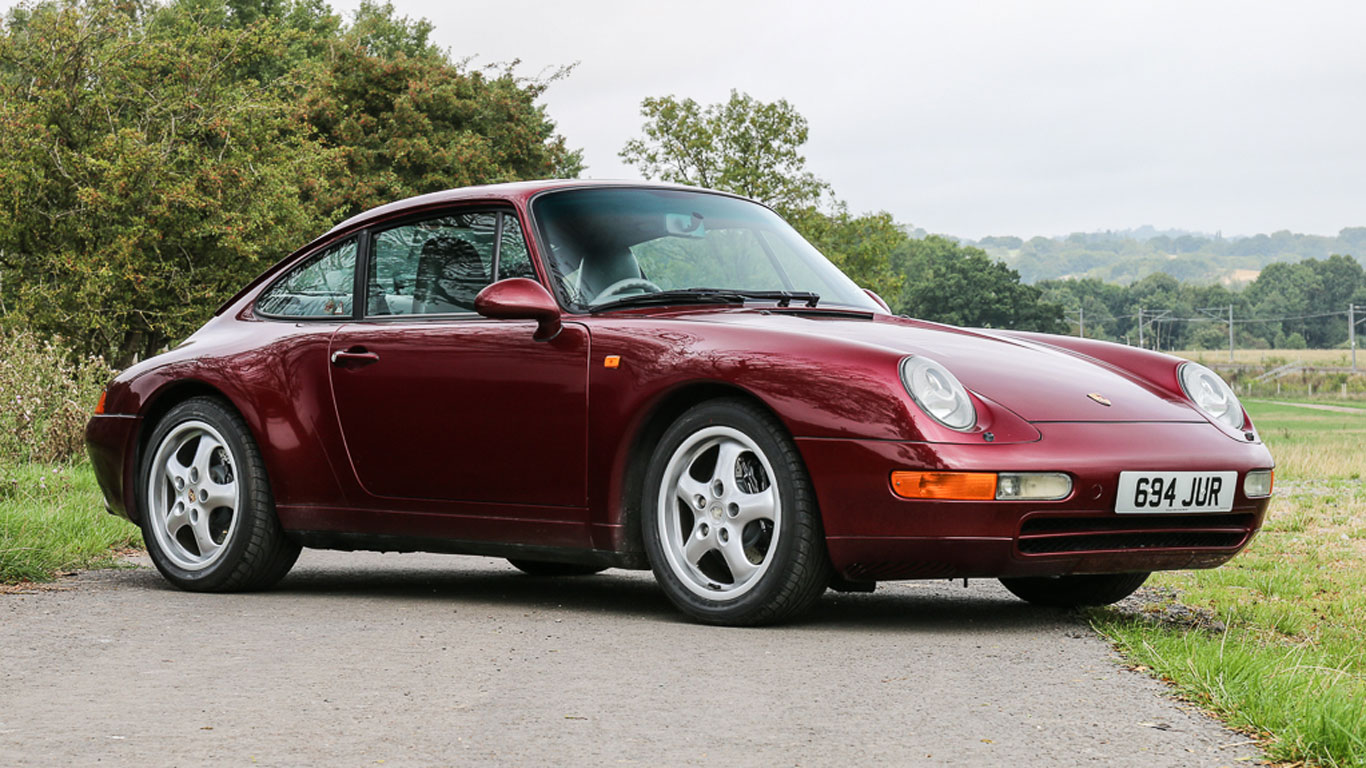 As the final generation of the air-cooled 911, the Porsche 993 will always be in demand, so a pre-auction estimate of circa. £40,000 doesn’t look too optimistic. This right-hand drive example was delivered new in 1996 and features 17-inch alloy wheels, air conditioning and a sliding metal sunroof. It has been stored away for the last nine years and has covered 64,300 miles. 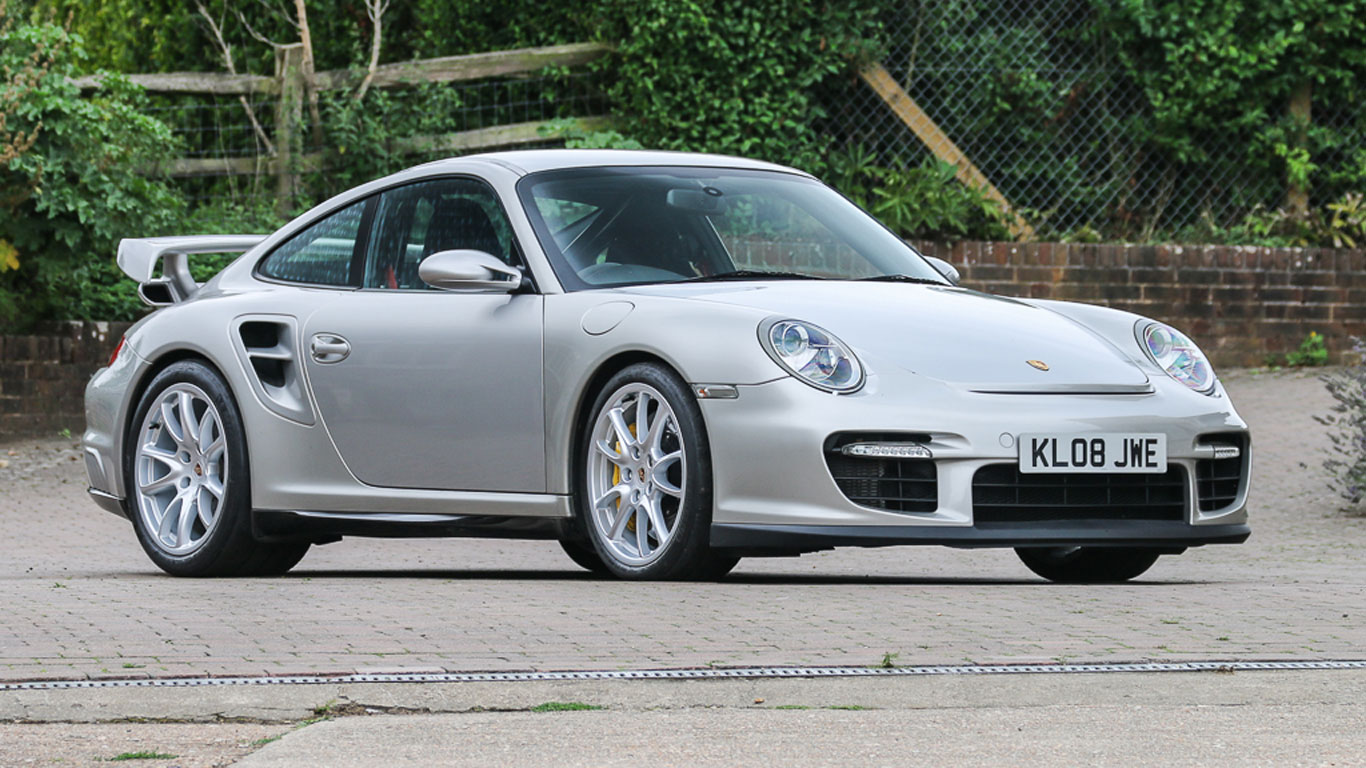 In its day, the 997 GT2 Clubsport was the most powerful road-legal Porsche 911 ever produced, earning it the nickname of ‘widowmaker’. With 530hp available from its 3.6-litre twin-turbocharged engine, the GT2 Clubsport offered 50hp more than the standard 911 Turbo, enough for a top speed of 204mph and a 0-62mph time of 3.7 seconds. This is one of a handful of Clubsports built for the UK market and it’s expected to sell for around £100,000. 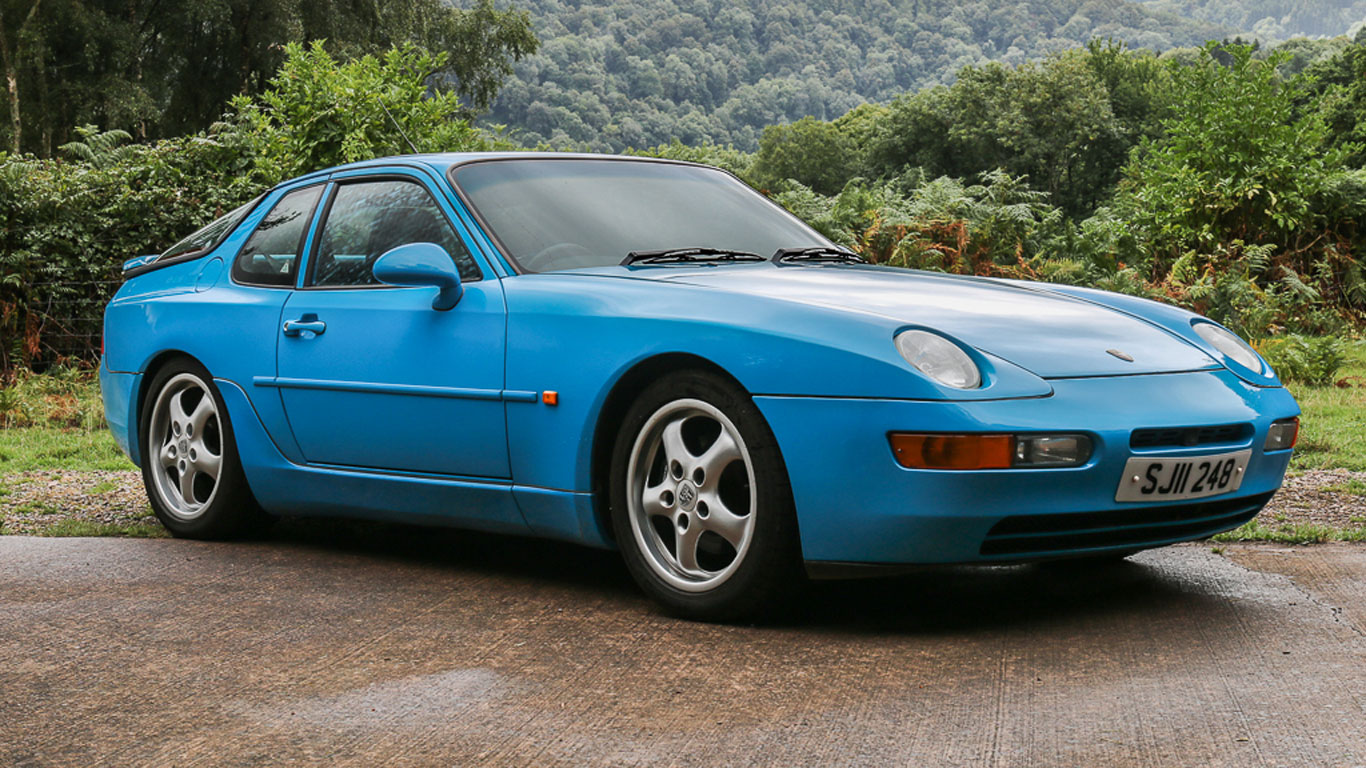 Don’t be fooled by the ‘Sport’ tag, because a 968 Sport is essentially a ClubSport with a ‘CS luxury package’. Of the 1,923 ClubSports produced, only 306 were built to Sport specification, making this example incredibly rare. It also happens to be owned by Andrew Frankel, who purchased the car in 2016. Writing for Goodwood, Frankel said: “It’s a proper Porsche and arguably the best-balanced, sweetest handling of them all and I can scarcely wait to get behind its smart, non-airbag ClubSport wheel again.” 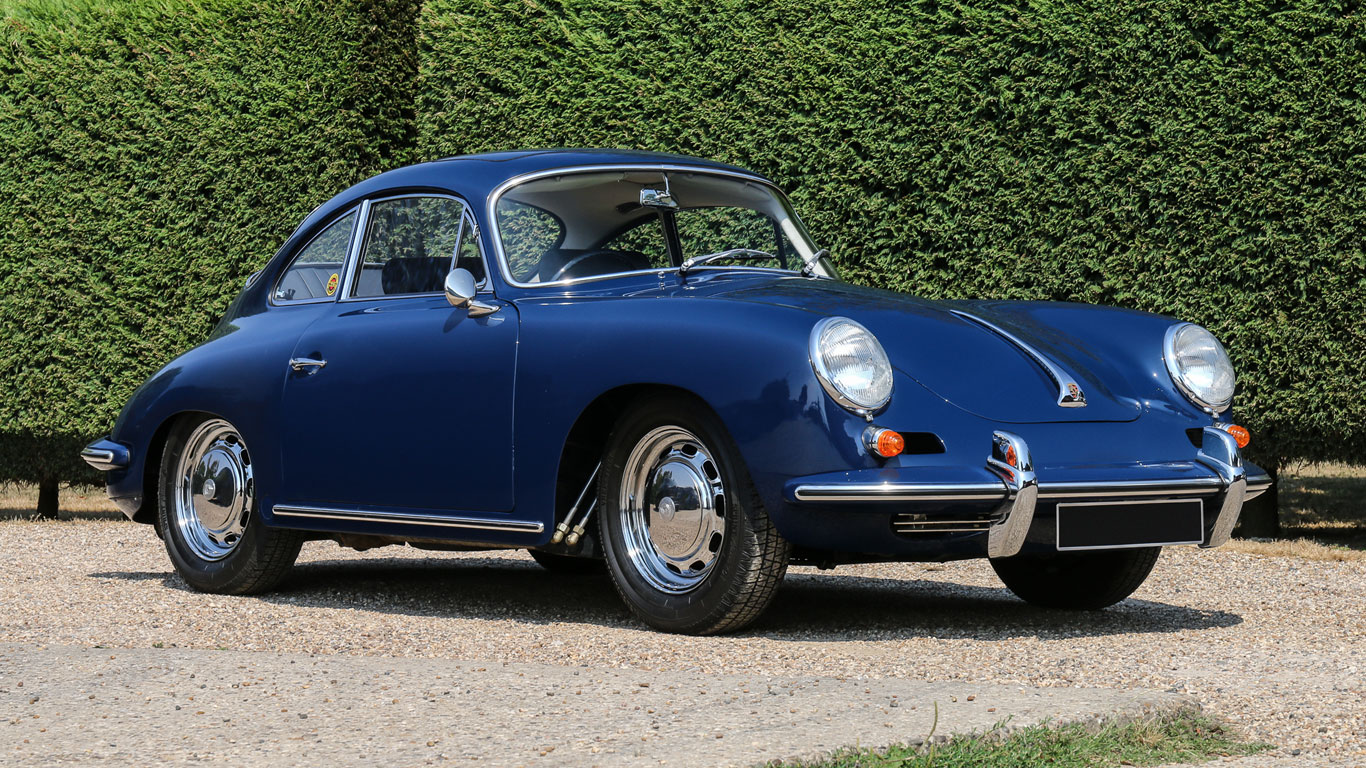 This Porsche 356 C Carrera 2 2000 GS Coupe is expected to fetch anything up to a cool £750,000 at the Porsche sale, with Silverstone Auctions describing it as “extraordinary and extremely desirable”. It’s one of six right-hand drive examples and is powered by a 2.0-litre four-cylinder engine destined for the iconic 550 Spyder. It was supplied new to Ferrari privateer racing driver, Chris Kerrison, who used the car to travel between European race circuits. 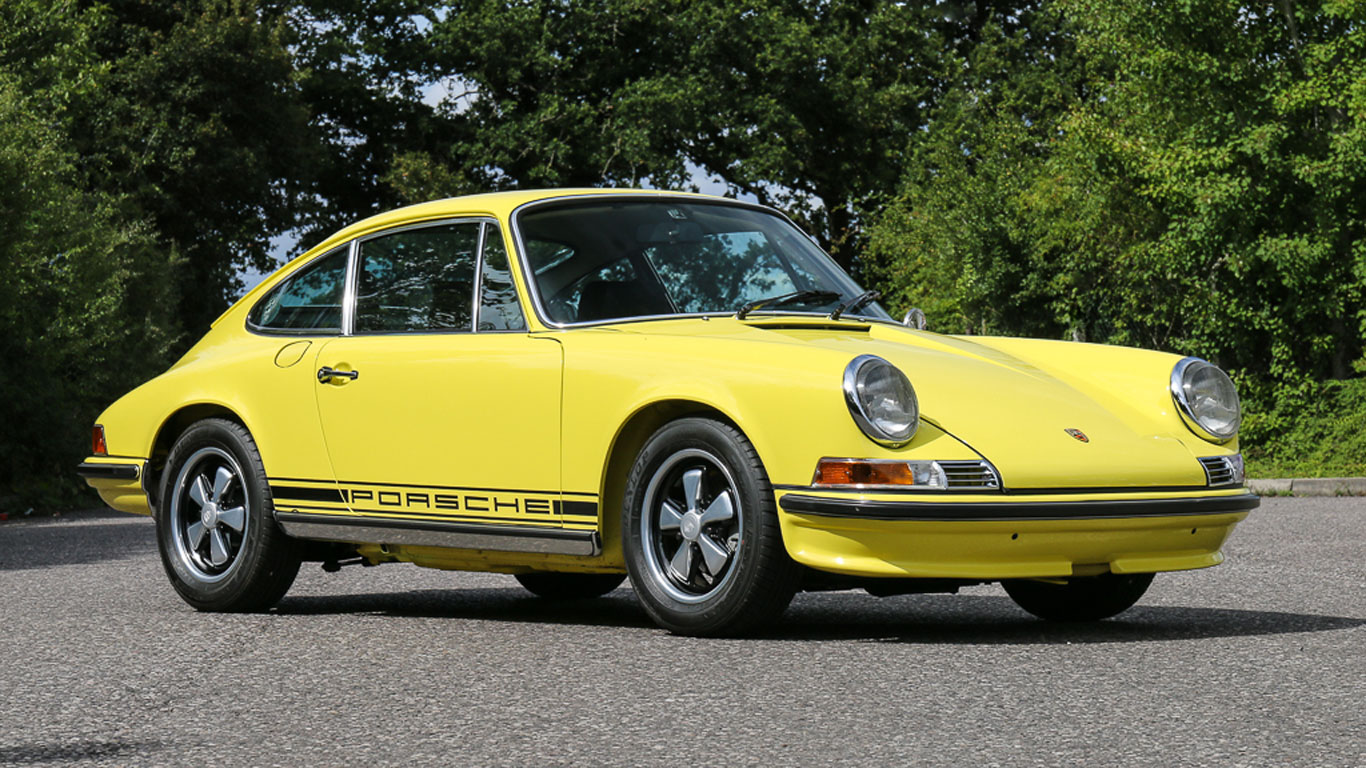 For the 1972 model year, Porsche added a 2.4-litre engine to the 911T (Touring), with an oil tank positioned above right of the rear wheel, complete with external oil filler cap. It resulted in petrol station attendants using it to fill the car with fuel, leading to a number of warranty claims. Porsche changed the design, making the ‘Oel Klappe’ cars harder to sell. This rarity makes the car super-desirable, so this Light Yellow example could fetch a six-figure sum. 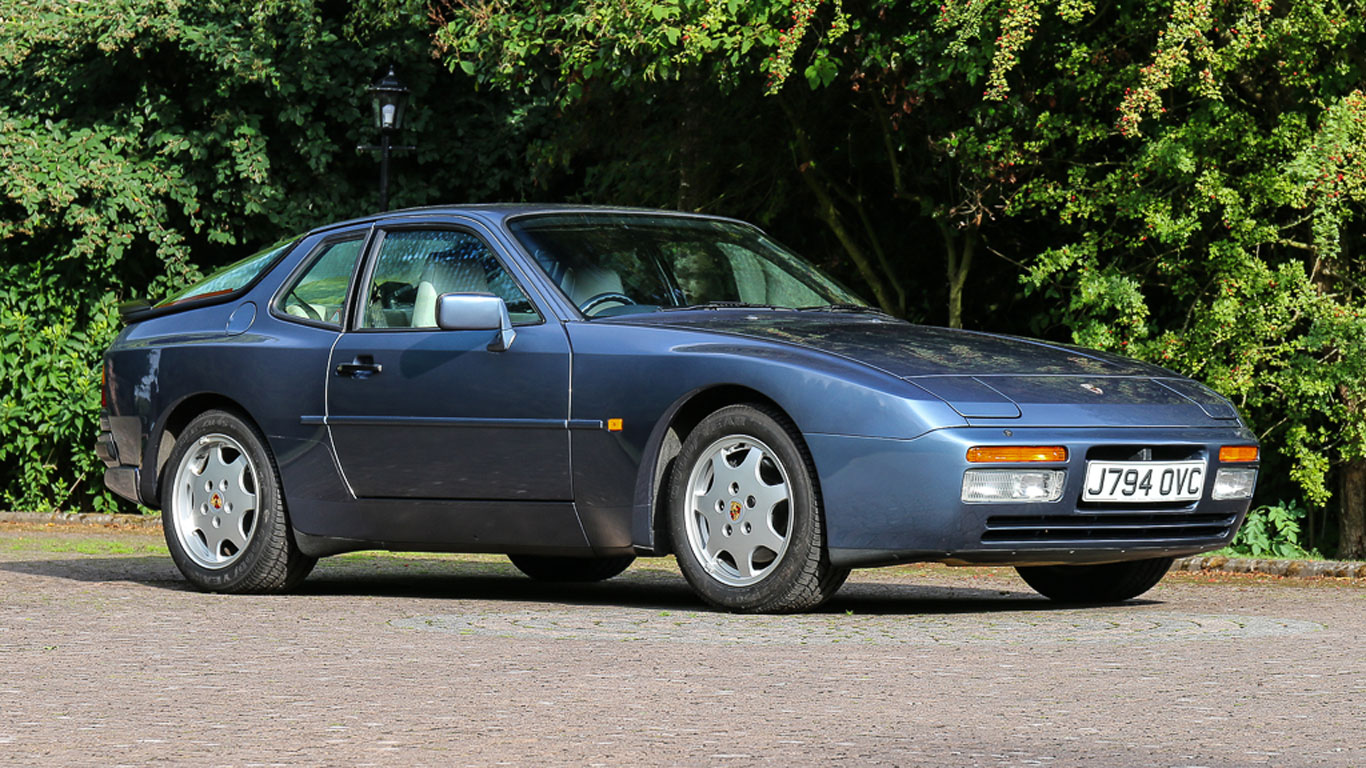 So-called ‘restomods’ are all the rage at the moment, but here’s an alternative: a pretty much as-new Porsche 944 Turbo. Sure, it has covered 6,288 miles, but it comes with all the original parts, just about every optional extra, and is in what’s described as “totally original, untouched and unmodified” condition. It was reportedly the last 944 Turbo sold in the UK. 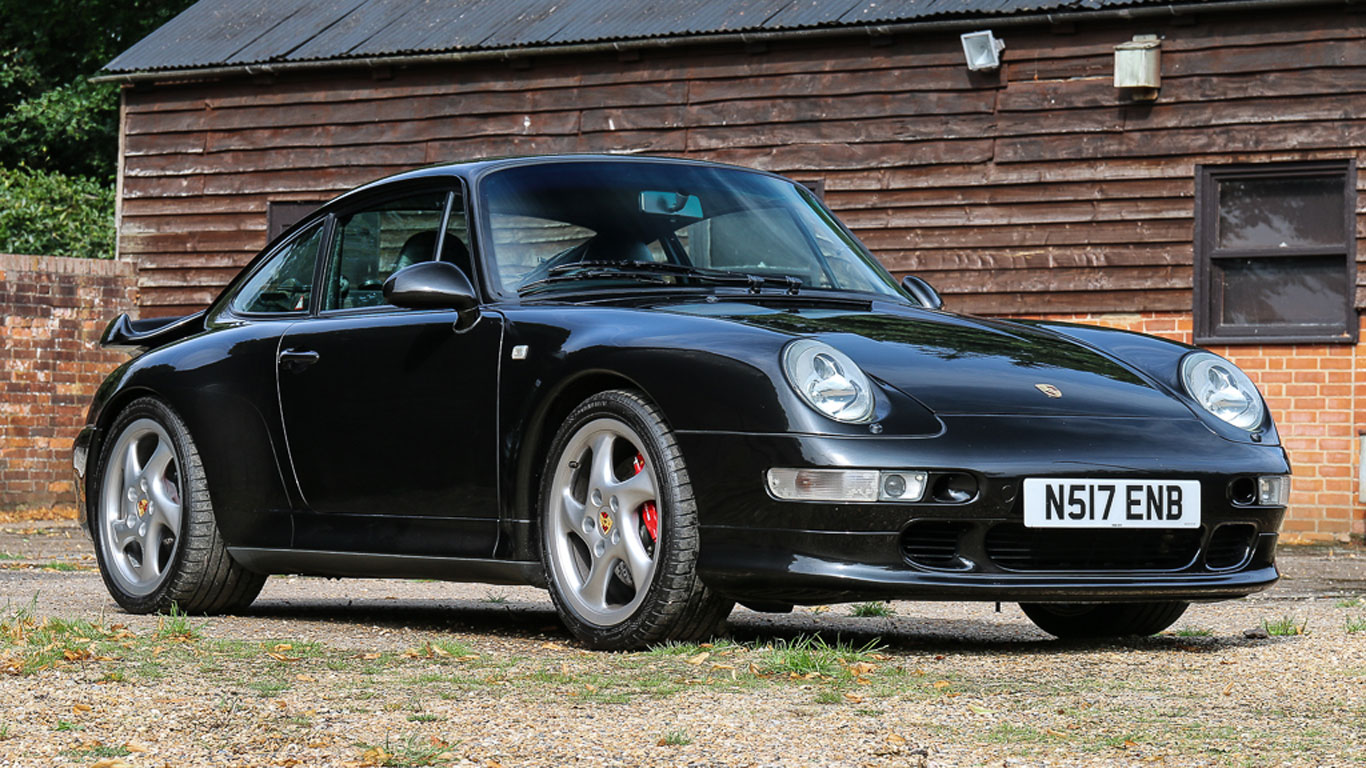 “With all four wheels helping to evenly distribute great handfuls of power, 0-60mph was dispatched in a staggering 3.7 seconds, 100mph whistled by in a further 5.7 seconds, and the linear forward thrust continued until the speedometer needle had said goodbye to 180mph and you were on conversational terms with the horizon.” Not our words, but the words of Silverstone Auctions. 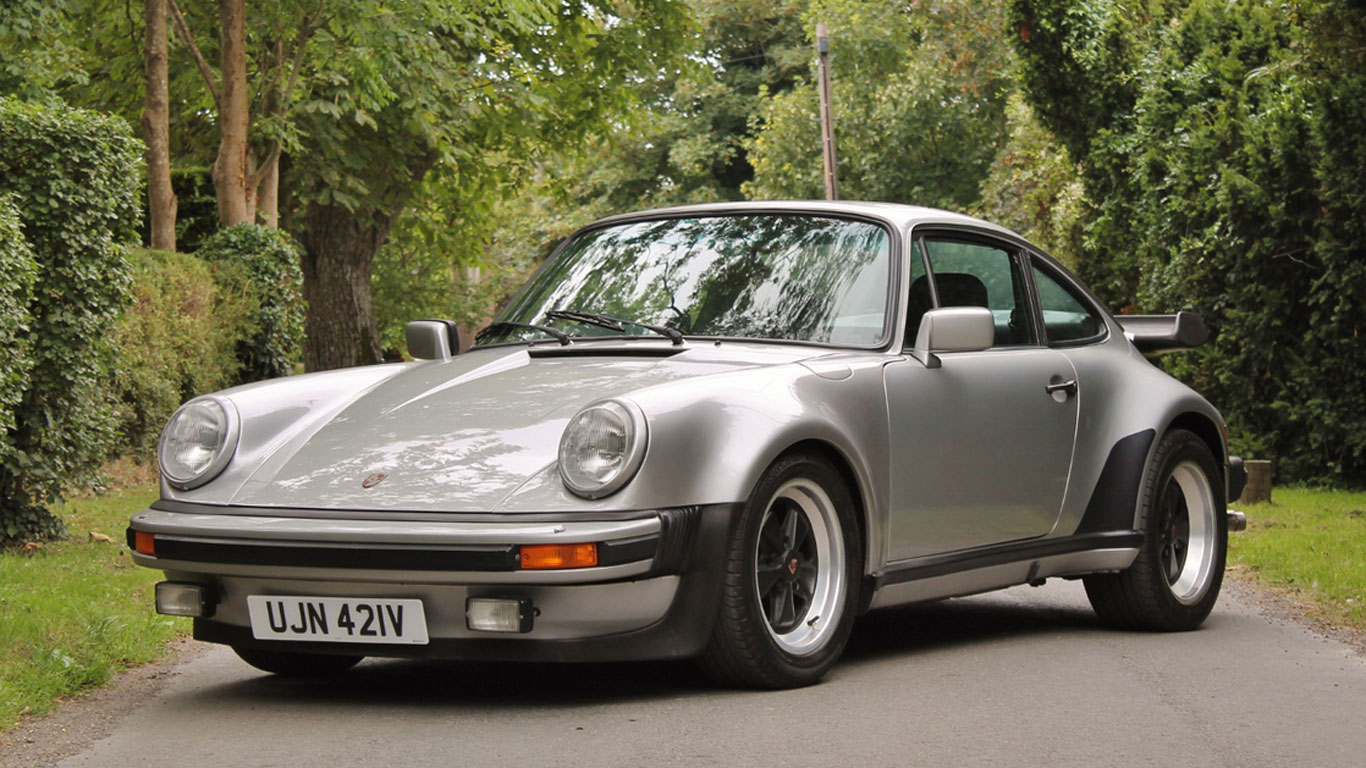 To casual observers, the Porsche 930 Turbo is the quintessential 911. It’s the ‘yuppie’ 911. The ‘shoulder pads and red braces’ 911. The ‘Gordon Gekko’ 911. Launched with a 3.0-litre turbocharged engine, the 3.3-litre version arrived for the 1978 model year, complete with intercooler and brakes derived from the Porsche 917. This example was the subject of a comprehensive restoration job, including engine and gearbox rebuild, along with a full repaint in the early 2000s. 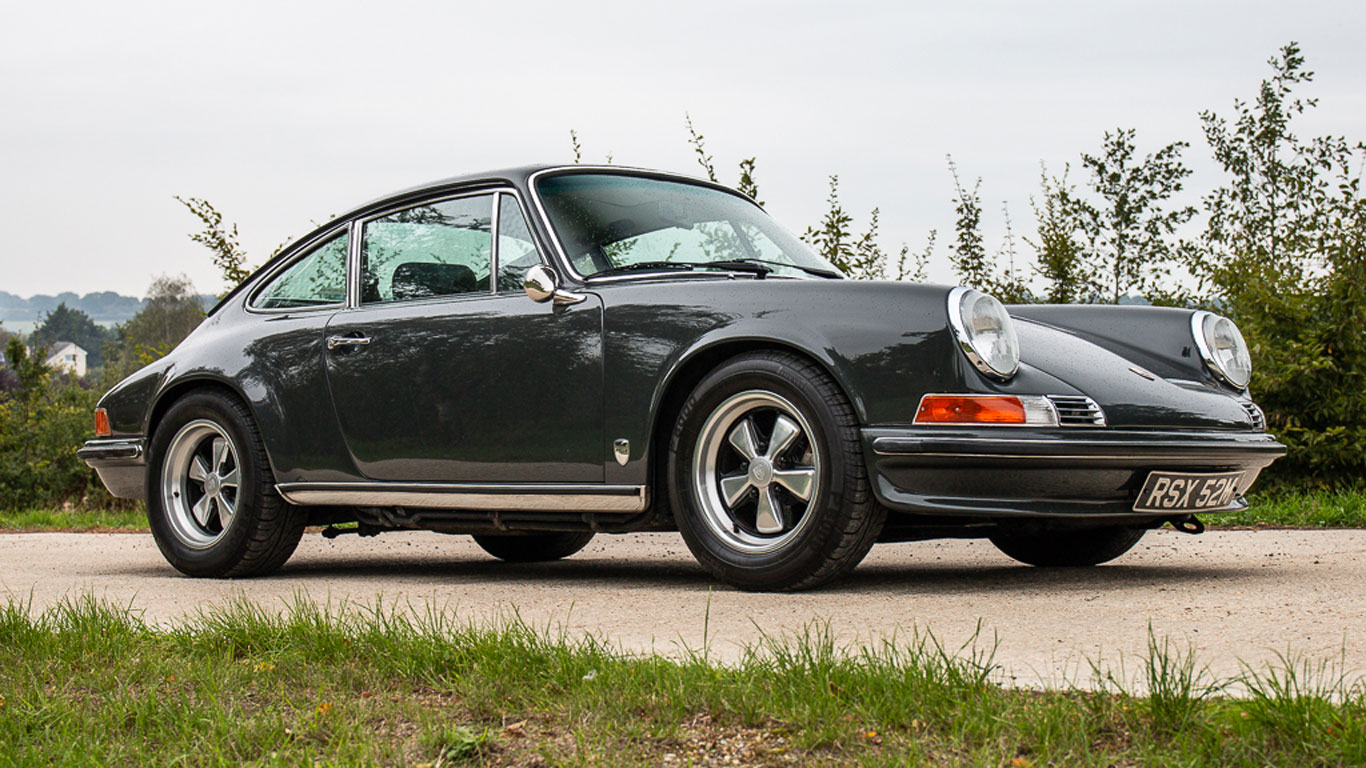 This is a 1984 Porsche 3.2 Carrera ‘backdated’ with panels that represent a 911 from the early 70s. It’s the work of Paul Stephens, who upgraded the engine to produce 250hp and repainted the body in Porsche Slate Grey. Since the vendor purchased the car in 2013, he has invested £15,000 on further upgrades and performance enhancements. It looks fabulous. 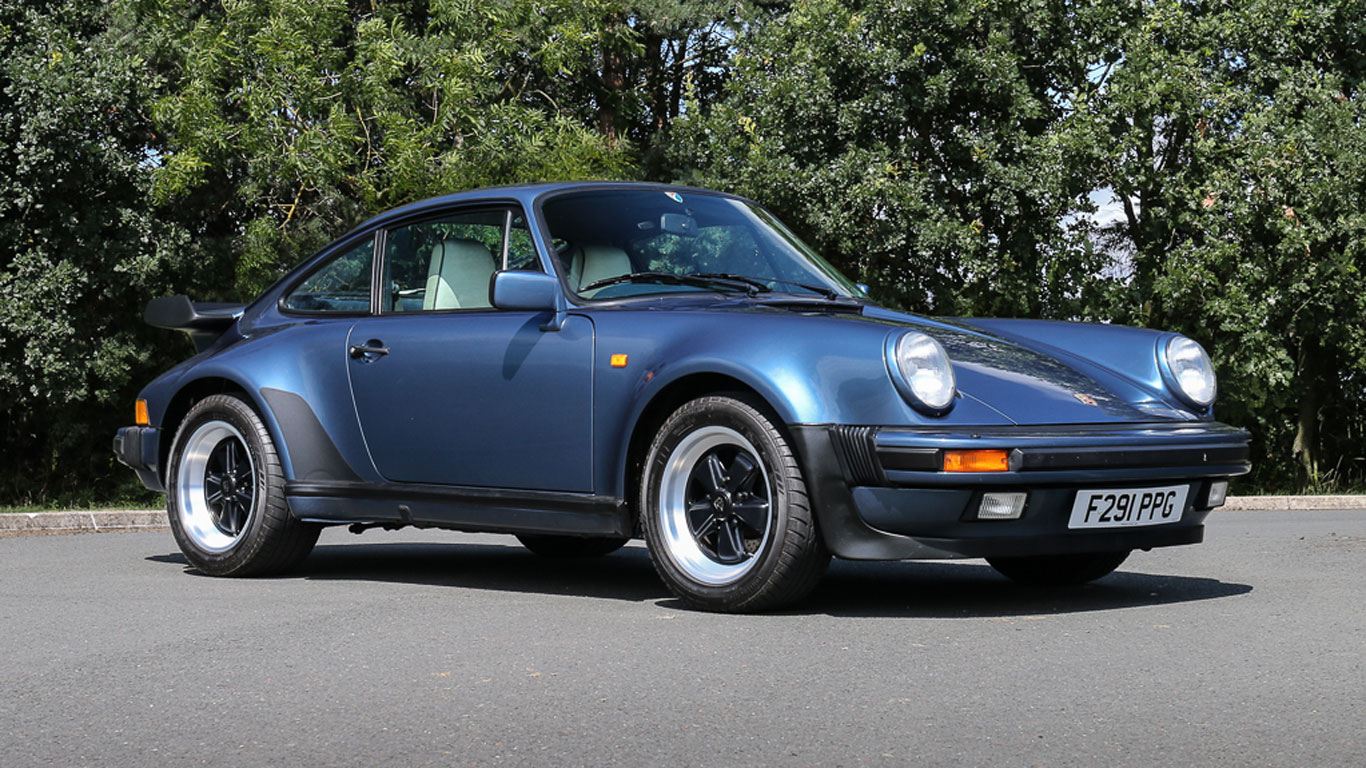 To mark the end of 930 Turbo production in 1989, Porsche created the 930 LE. A small number of cars were taken off the line and sent to the ‘Exclusive’ team at Zuffenhausen to be finished by hand, with 53 cars sent to the UK (one for each Official Porsche Centre). Each one was loaded to the rafters with no-cost options, along with a gold plaque on the centre console. 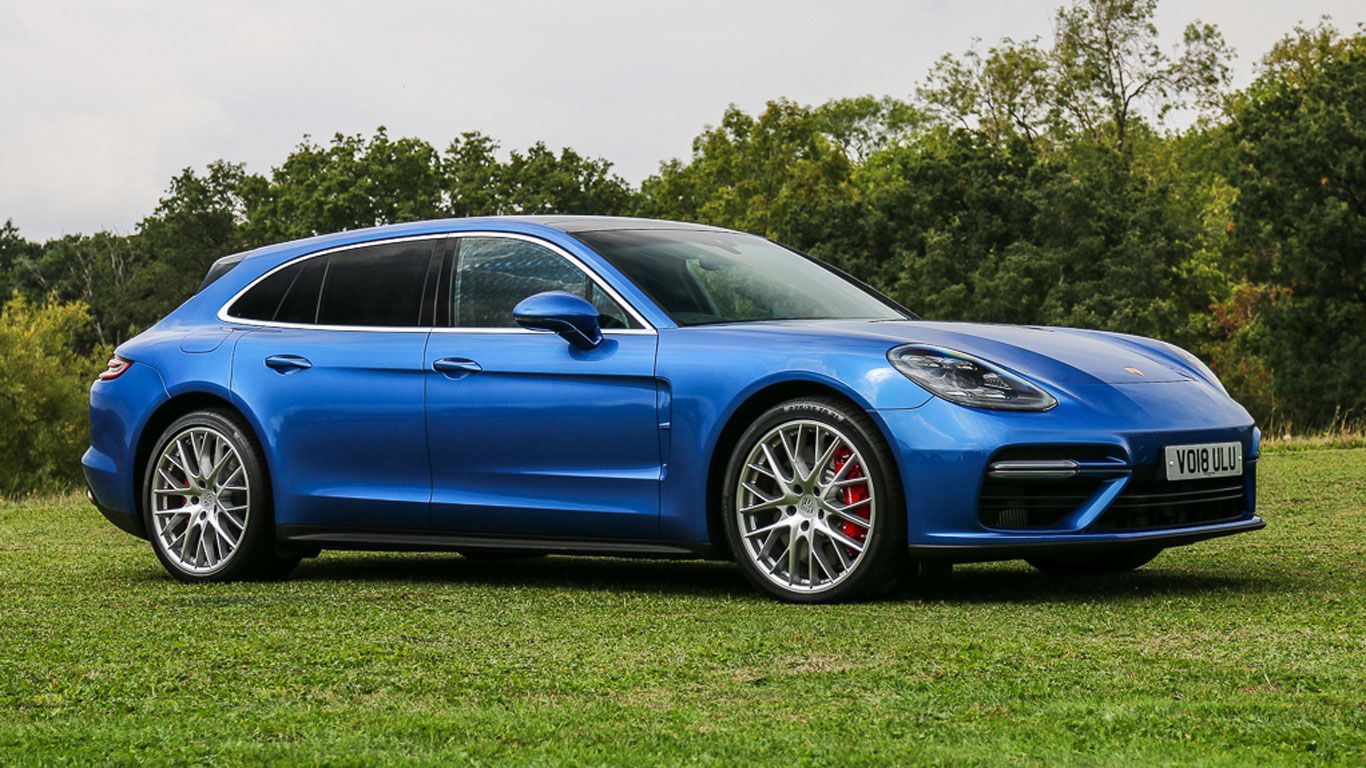 And now for something a little more modern. This Porsche Panamera Turbo Sport Turismo was supplied new in April 2018 and cost its one and only owner in excess of £130,000. Grab yourself a bargain, etc, etc.