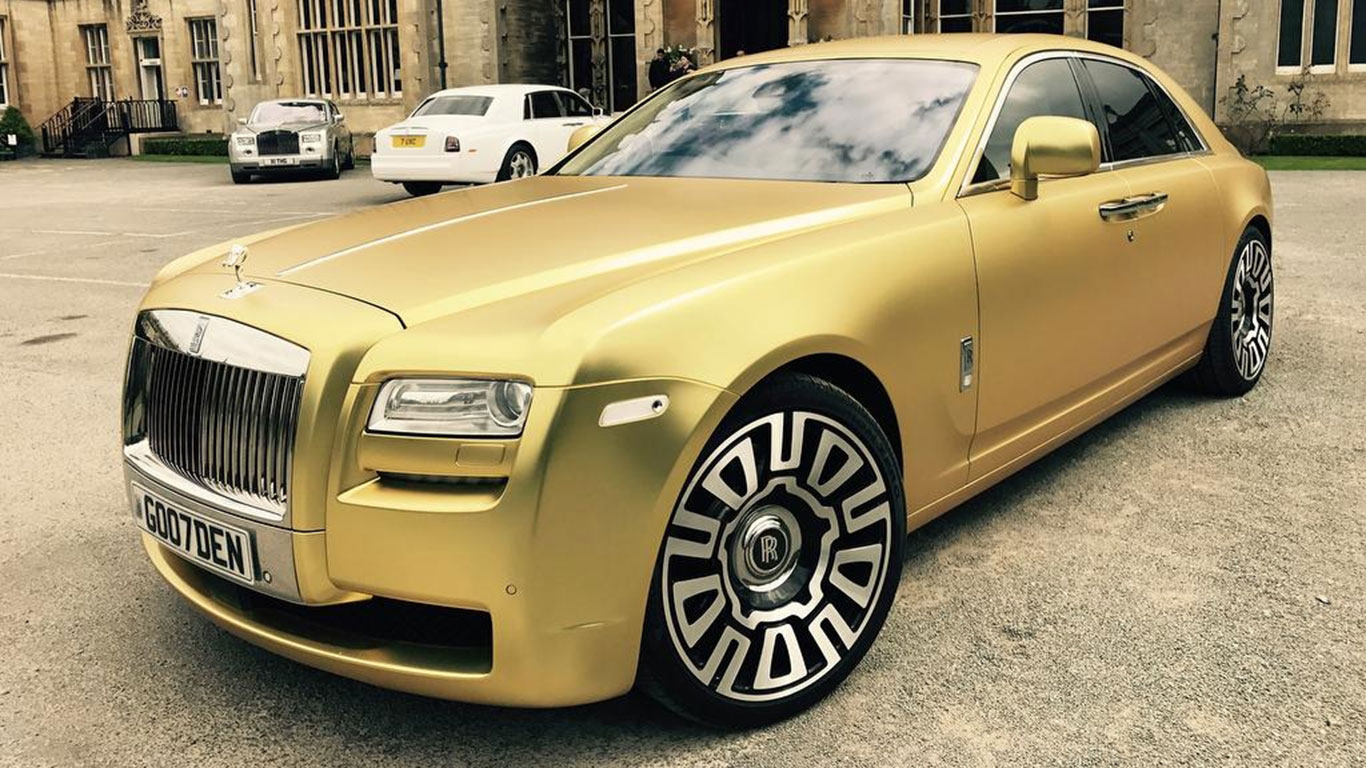 As the price of Bitcoin surges, one entrepreneurial Rolls-Royce owner is selling his flashy gold motor – and only accepting the virtual currency to buy it.

The Rolls-Royce Ghost is currently advertised on Auto Trader with an asking price of £117,995. As the price of Bitcoin continues to shoot up, that equates to around 14 Bitcoin.

The luxury Roller is powered by a 6.6-litre twin-turbocharged V12 engine. It features a fridge with champagne flutes as well as a personalised plate and a television.

The vehicle’s owner, based in Greater Manchester, said: “Why not trade in Bitcoin? I treat it in exactly the same way as normal currency these days. It’s safe, convenient and incredibly valuable right now so, to me, it makes sense to trade my car this way. It’s the future.”

But Auto Trader insists that it’s not looking to encourage sellers to accept Bitcoin for their used motors.

“With the meteoric rise in popularity and value of Bitcoin in recent years, it comes as no surprise that sellers are now attempting to trade this way,” said Auto Trader’s editorial director, Erin Baker. “It’s a huge trend and currently holds a high value. That said, Auto Trader won’t be releasing a ‘search by Bitcoin’ function anytime soon.

“Our focus is very much on our ‘search by monthly payment’ product that launches next month for car buyers.”

An unknown computer whizz created the virtual currency in 2009. It’s created by computer code, with the total value of all Bitcoins now exceeding £124 billion.

Critics point out that its almost entirely unregulated, with no individual government backing the currency and no requirement for Bitcoin users to use their real name.

Although business are slowly beginning to accept the currency in certain parts of the world, JP Morgan chief executive Jamie Dimon suggested it’s only fit for use by drug dealers, murderers and people living in places such as North Korea.

The dramatic rise in Bitcoin’s use has been attributed to increasing demand in China, where authorities warn it is used to channel money out of the country.

In pictures: the gold Rolls-Royce you can buy with Bitcoin