eet the boss: this 1977 1303LS Beetle Cabriolet was a feature of The Who frontman Roger Daltrey’s garage for nearly 30 years. 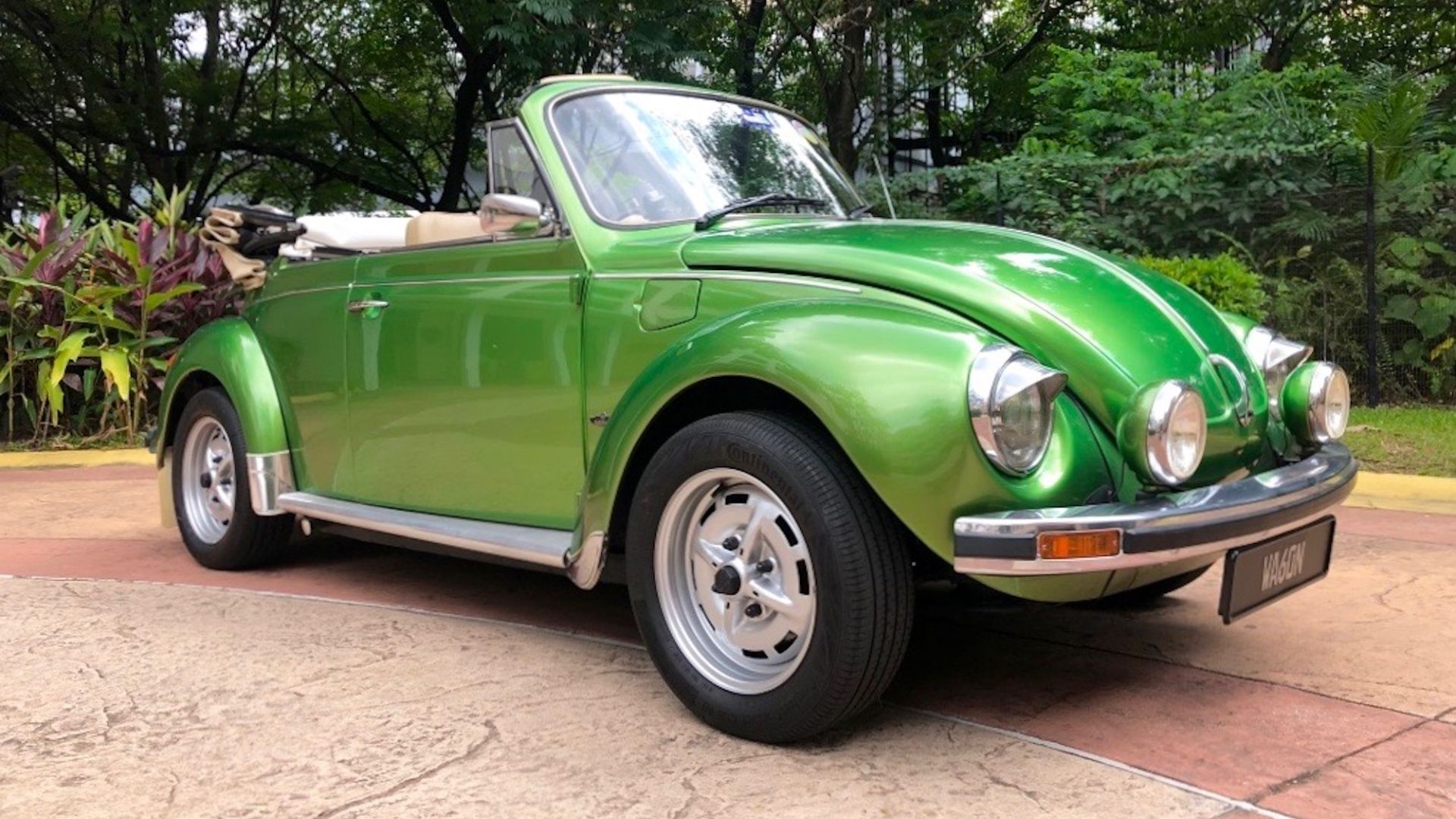 A 1977 Volkswagen Beetle is for sale with the online auction platform Collecting Cars. It’s a 1303LS Cabriolet and it’s done 80,812 miles. Does this sound a little unremarkable to you? Well, this Beetle was also a feature of The Who frontman Roger Daltrey’s garage. 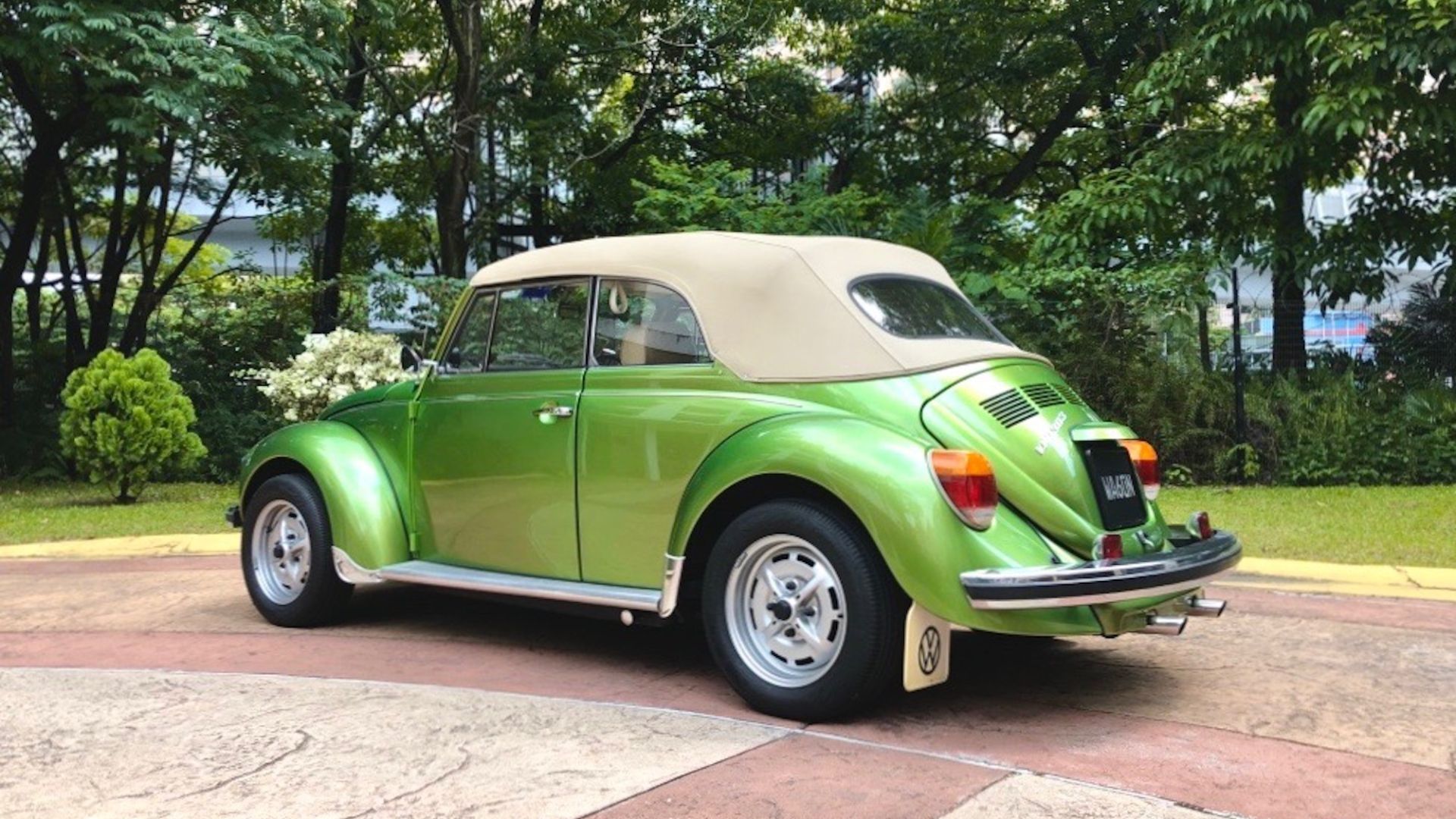 The condition of the Beetle now is tip-top, having undergone a bare-metal respray in 2014. The convertible hood is in excellent condition too, having been replaced recently, matching the glossy Viper Green paint. Being a rock star’s ride, it shouldn’t come as a surprise that this Beetle isn’t fully original.

Appropriately, it’s got an Alpine stereo with Bluetooth and MP3 compatibility. It’s also got a nice ‘The Who’ badge with Roger Daltrey’s signature next to it.

The 1303LS was the top-of-the-line Beetle of the time, with a 49hp 1.6-litre air-cooled flat-four. It currently sits on 15-inch factory-spec sport wheels. 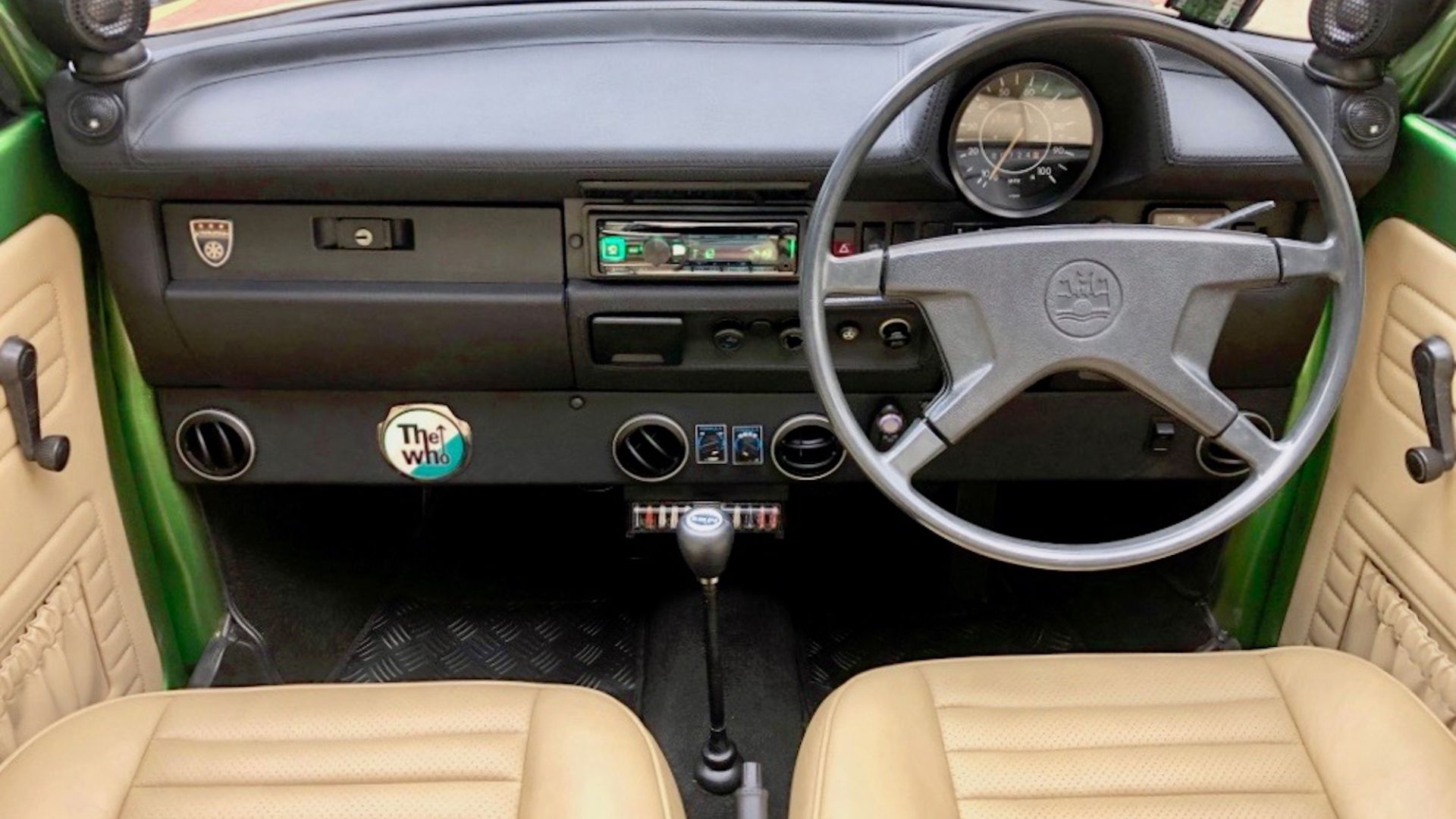 Unusual for a rock star’s ride is that it’s been quite well looked-after. Far from having done time at the bottom of a pool, this Beetle comes with a list of MOT certificates, a newspaper article featuring Mr Daltrey at the time he sold the car, as well as a signed letter to the buyer from the time.

There’s plenty of service history and other documentation, including a certificate of authenticity from Volkswagen. The current owner has had the car for five years, and has put 2,000 miles on the clock in his tropical home of Kuala Lumpur.

The current (and first) bid is £1,000, though 16 people are ‘watching’ the auction. There are seven days left, so it’ll be interesting to see how this one picks up.