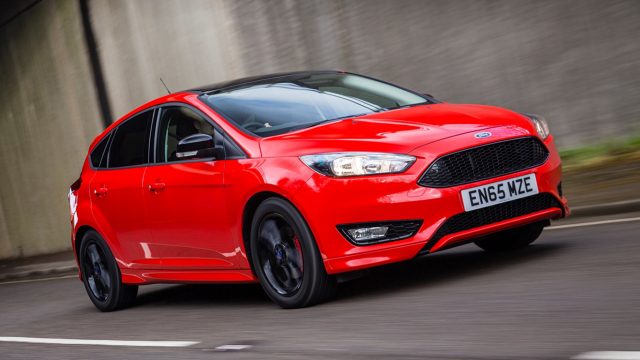 The UK car market hit an all-time high last month as buyers rushed to beat the April 1 road tax changes. In total, 562,337 new cars were registered in March 2017 – a jump of 8.4% versus last year. It was also a record first quarter for the car industry, with 820,016 units sold. Let’s count down the top 10 best-selling cars… 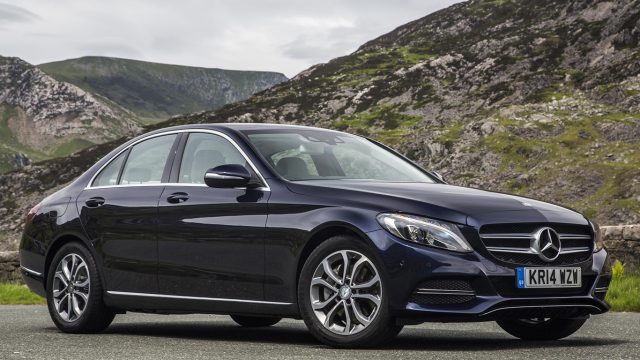 No C-words for Mercedes: its C-Class edged the BMW 3 Series out of the UK top 10 last month. A total of 9,471 were registered.

The sheer breadth of the C-Class range – comprising saloon, coupe, estate and convertible, not forgetting ballistic AMG versions – means there is a model to suit most. Attractive finance deals have also helped its cause. 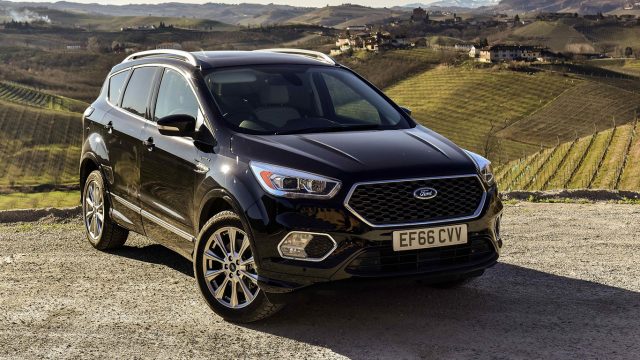 We wonder how many of the Kuga’s 9,561 sales were the top-spec Vignale seen here. Ford’s new sub-brand has an uphill struggle to convince buyers of its premium credentials, but the Kuga itself is proving popular.

One of the Kuga’s strengths is that it feels much like a Ford Focus to drive, with direct steering and good road manners. Its Sync 3 voice-activated media system is impressive, too. 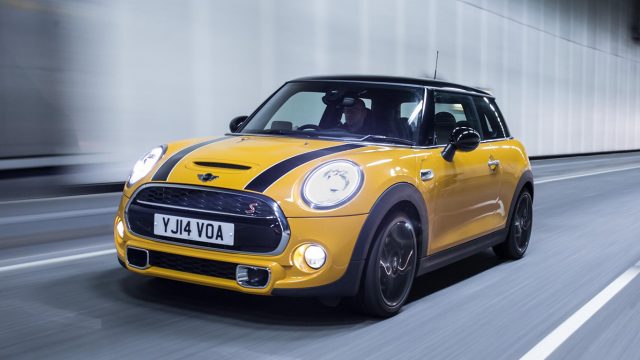 Retro design is here to stay: just compare the fortunes of MINI (owned by BMW) and Smart (owned by Mercedes-Benz). Trading on classic cool helped MINI to 10,003 sales last month.

In contrast to the Issigonis original, the modern MINI is all about choice. There are numerous body styles and engines, plus a seemingly endless list of personalisation options. We’ll have ours in red with a white roof, please. 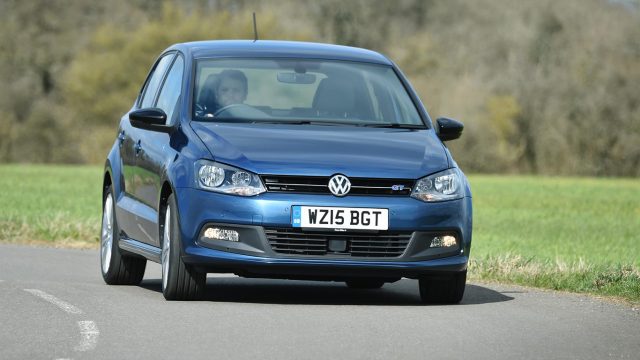 A new Polo arrives later this year, but the current model soldiers on. Dealers registered 10,711 in March, helping the VW to seventh place in the UK sales chart. 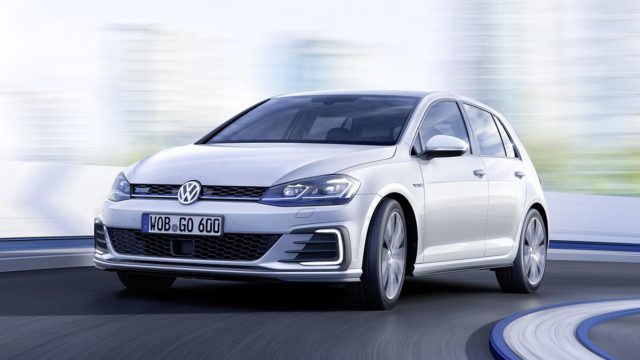 The Golf was actually the UK’s second best-selling car in February, as dealers discounted pre-facelift versions of the current Mk7. Last month, it slipped back to sixth, with 10,819 cars registered.

Interestingly, the four-wheel-drive Golf R outsells the cheaper GTI in the UK – although both are comfortably beaten by the hot GTD diesel. 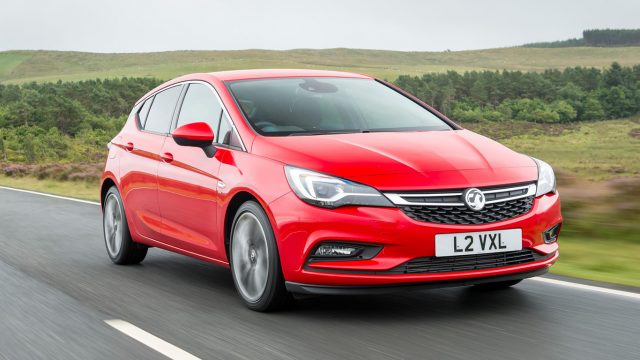 PSA Peugeot-Citroen will be pleased with the Astra’s strong showing; the French company has just bought the Vauxhall (UK) and Opel (Europe) brands from General Motors. A total of 11,680 Astras were registered in March.

The Astra’s success is also good news for the UK, as the car is built at Ellesmere Port in Cheshire. Will Vauxhall jobs be safe after Britain leaves the EU? Let’s hope so. 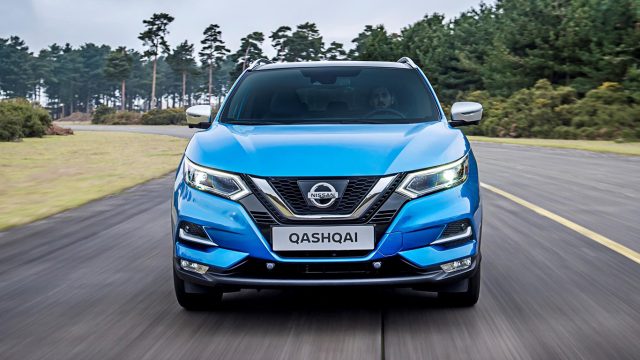 Here’s another model that’s built in the UK. The all-conquering Nissan Qashqai is made in Sunderland, with one car leaving the line every 62 seconds. No wonder it gains fourth place, with 13,742 registered.

Nissan revealed the facelifted Qashqai – seen here – at the Geneva Motor Show. Apart from some extra chrome, it features an updated media system and the option of Nissan’s ‘ProPilot’ autonomous driving tech. 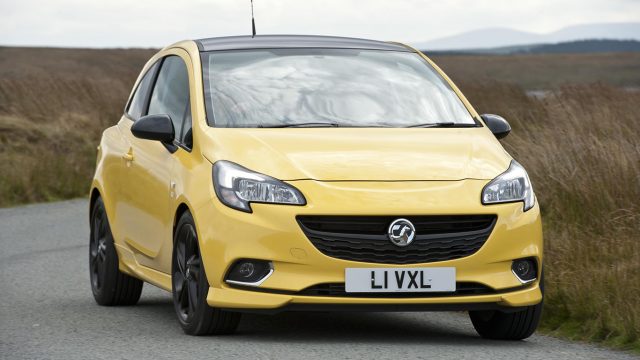 Propping up the top three is the ubiquitous Vauxhall Corsa, with 16,045 sold. A yellow Corsa like the one seen here actually made the news recently after being vandalised for ‘spoiling the view’ in a picturesque Cotswolds village. A parade of yellow cars drove through the village to show solidarity with its owner.

We rather like the Corsa VXR hot hatch, although – inevitably – we’d rather have a Ford Fiesta ST. That’s true for most cars, though. 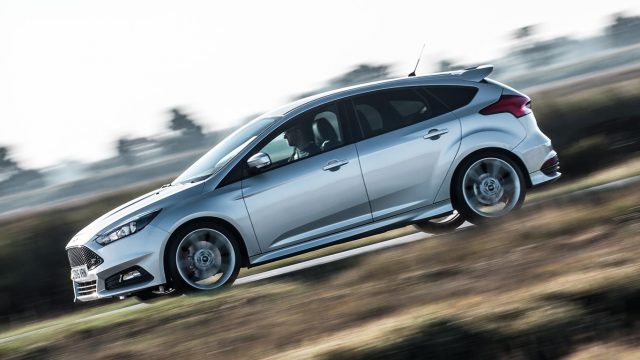 Crossovers may steal the headlines, but the mid-size family hatchback is far from dead. The Ford Focus took second place in the March sales bonanza, shifting 17,119 units.

Some elements of the car market are changing, though. Sales of petrol-engined models are up 13.2 per cent following all the negative publicity about diesels. And alternatively-fuelled vehicles, such as hybrids, were up a whopping 31 per cent. 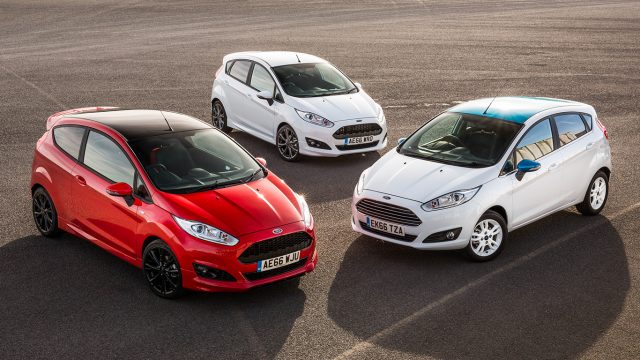 Its replacement is just a couple of months away, but that can’t stop the evergreen Ford Fiesta topping the UK sales stats. An incredible 25,428 new Fiestas found homes in March.

We’ll miss the current Fiesta when it’s gone. Few small cars are so joyous to drive; even the basic models get the recipe right. Stay tuned for the Motoring Research verdict on the new 2017 Fiesta this June.