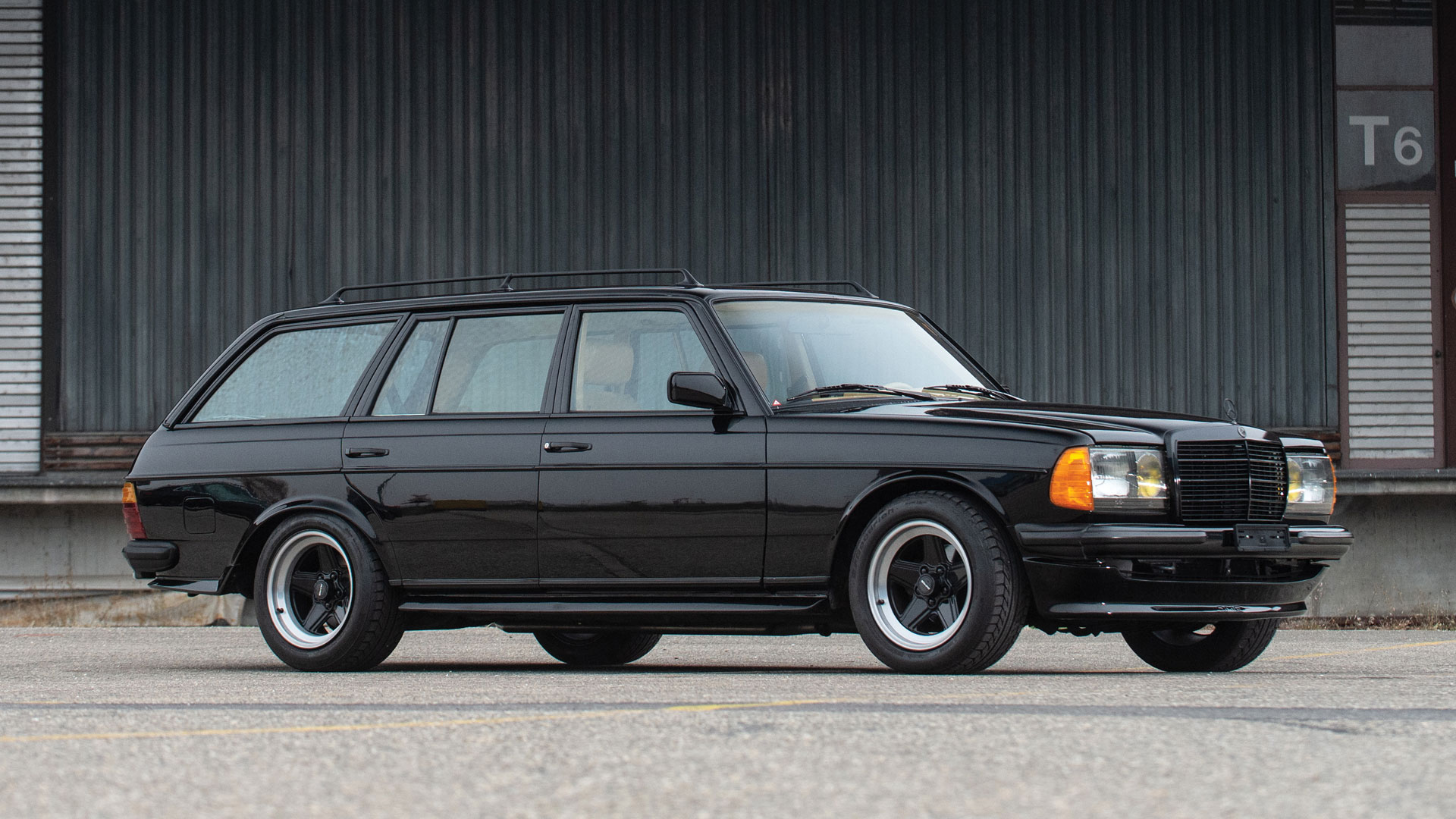 Only once you’ve amassed a car collection so large it has to be spread across four separate global auctions can you call yourself a serious car collector. In 2019, RM Sotheby’s will be responsible for selling one man’s collection of 140 modern classics – or ‘youngtimers’ – kicking off with the Paris sale in February. We’ve selected five cars per auction to give you a flavour of the collection that’s causing quite a stir on social media. 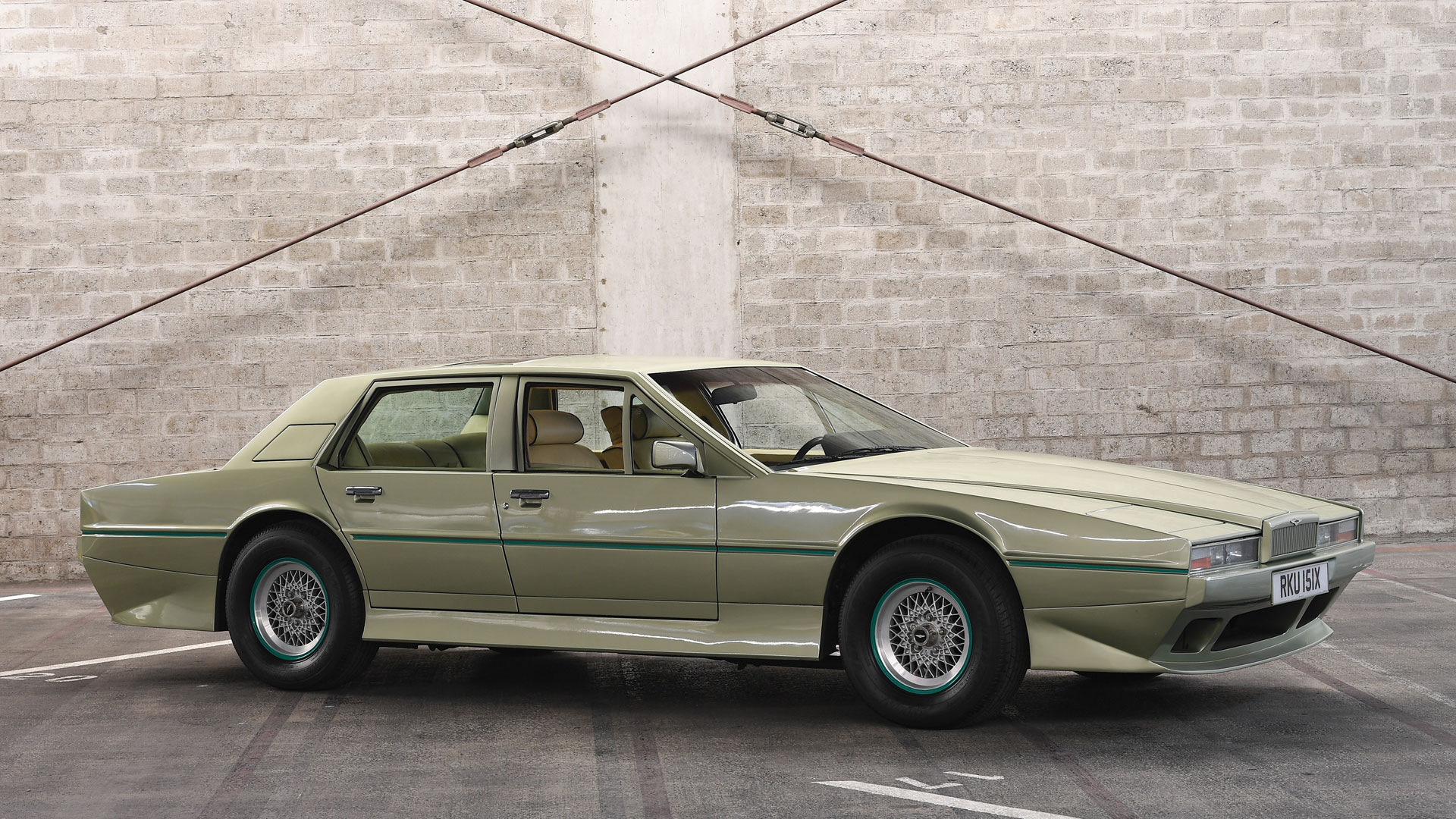 We don’t have detailed descriptions for each car in the private collection, or indeed the name of the collector, only that he ‘admired these vehicles in his youth’. Most of the cars are offered without reserve, which means you might snap up this slice of Aston Martin history for a song. However, given the condition of the cars in the collection, we suspect bargains will be thin on the ground. 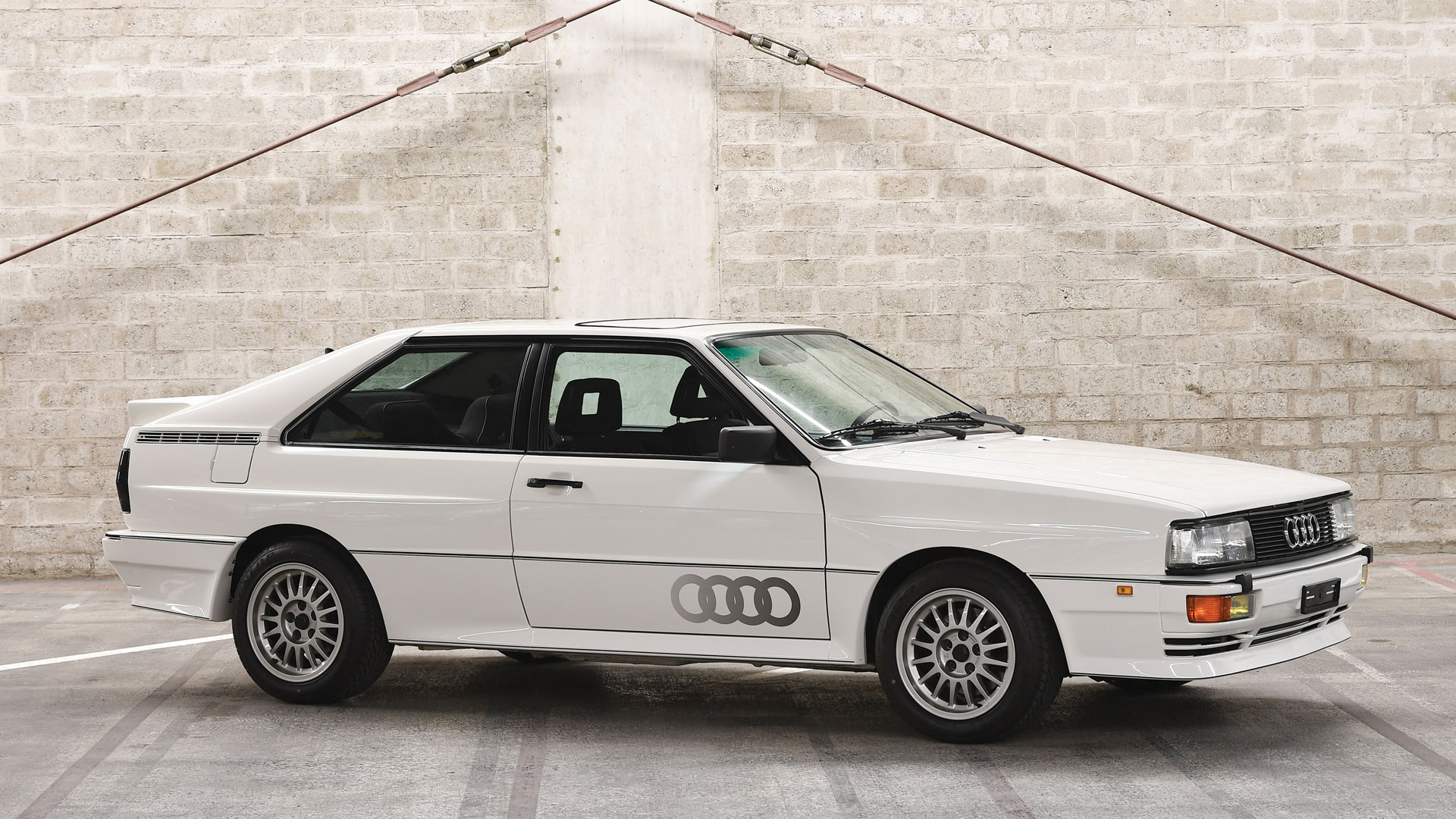 Cars from the collection will be offered across RM Sotheby’s Paris, Amelia Island, Fort Lauderdale and Essen auctions in 2019. Most are either European or Japanese, but America is represented by Cadillac and Chevrolet. This seemingly immaculate Quattro is the only Audi in the collection. 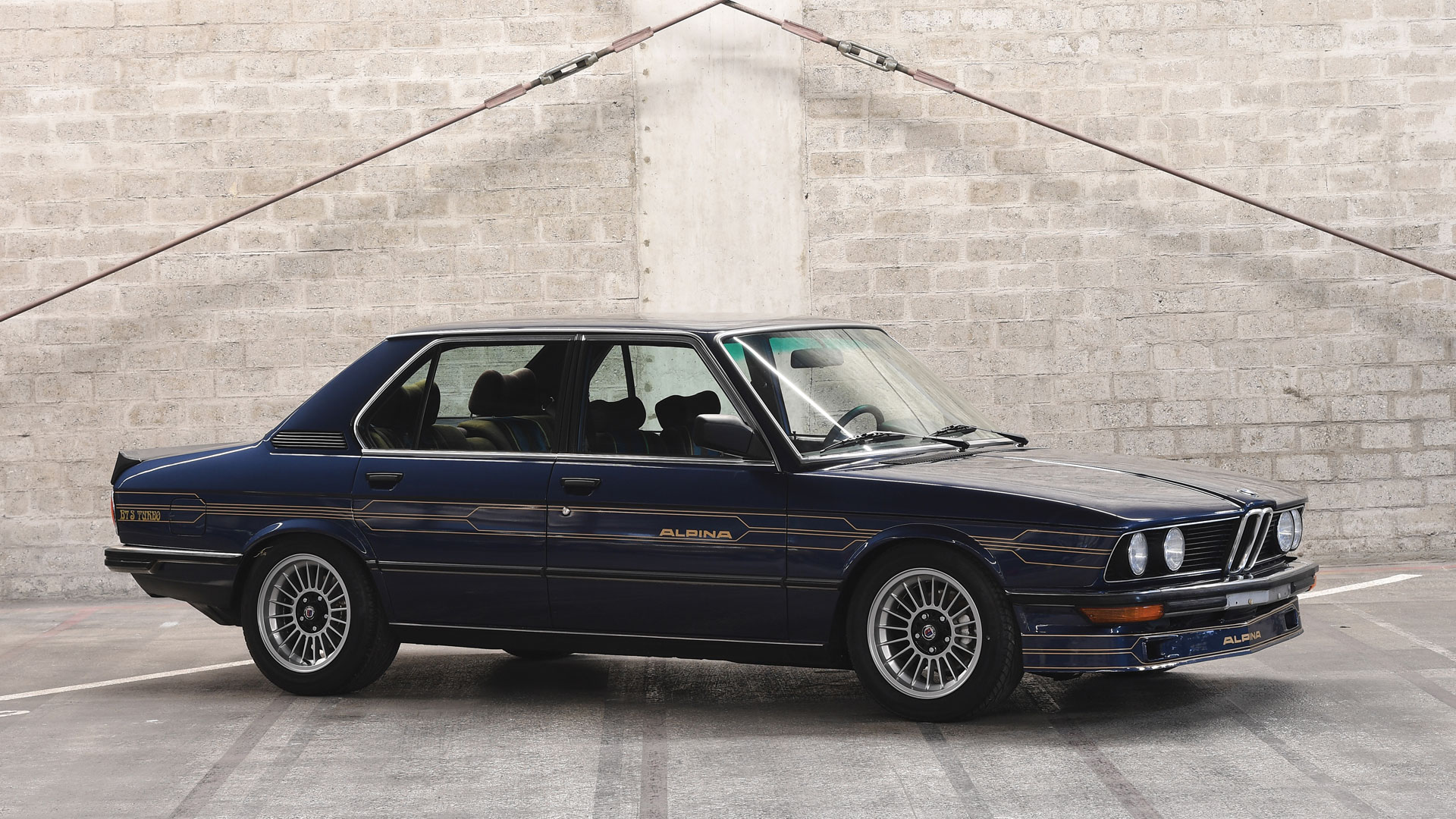 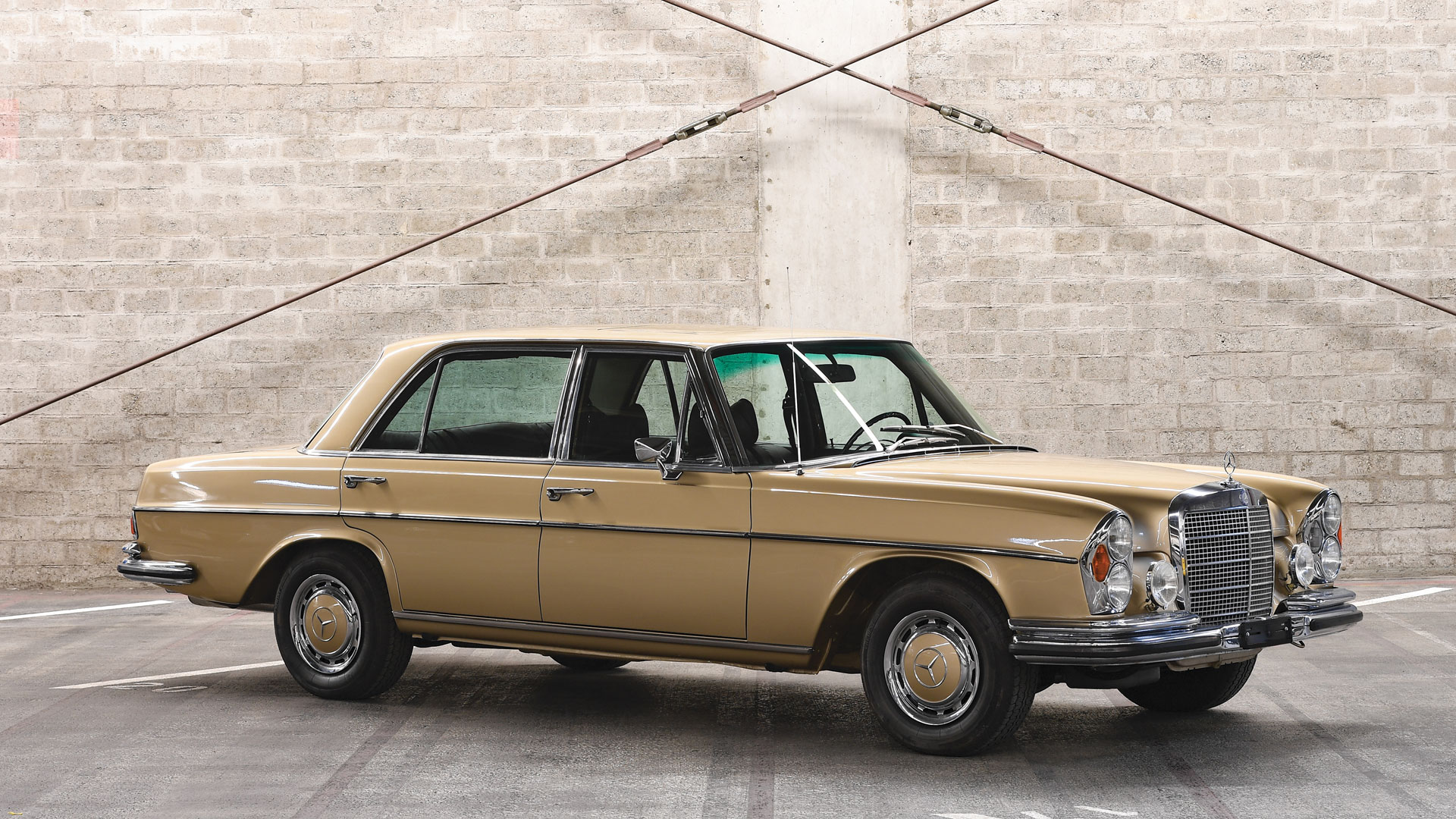 This is rather special. The 300 SEL 6.3 (W109), which was unveiled at the 1968 Geneva Motor Show, offered the luxury of a Mercedes with the performance of a sports car. Thanks to a 250hp V8 engine, this precursor to the S-Class could hit 62mph in 6.5 seconds, before reaching a top speed of 136mph. 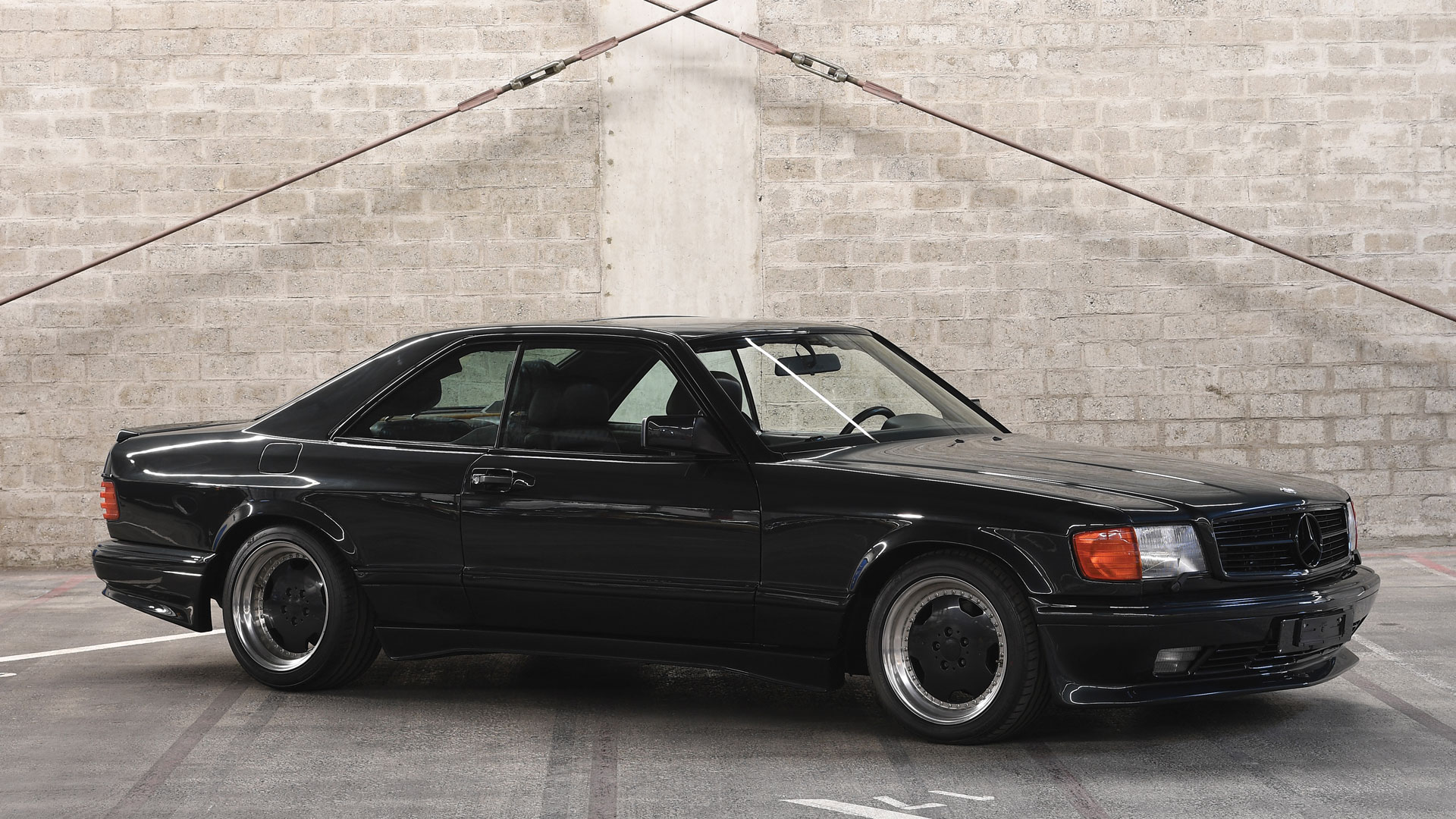 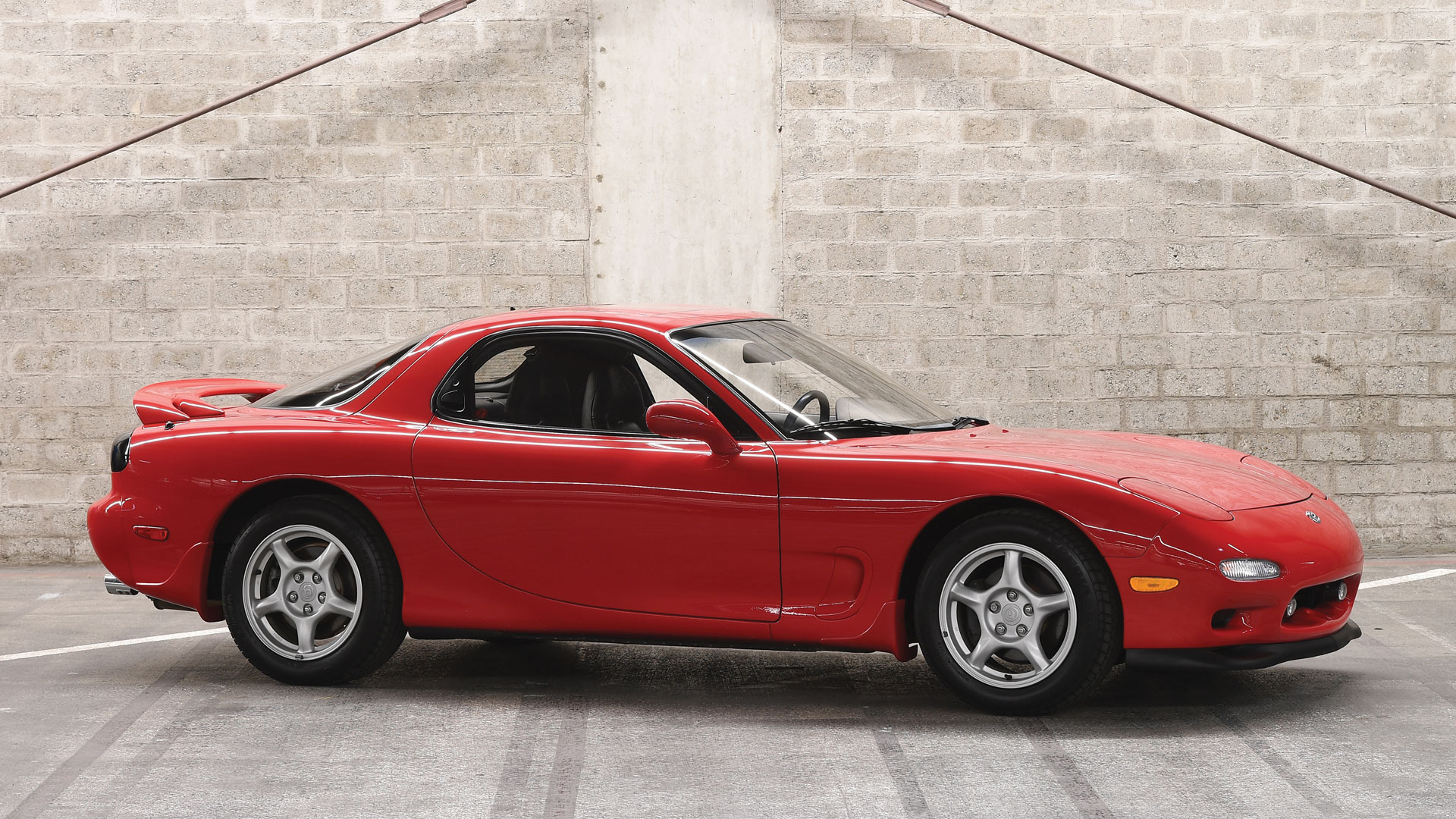 A month later, the collection goes under the spotlight in Florida at the Amelia Island Concours d’Elegance. While 22 cars are included in the Paris sale, just nine are set to appear in America, including this delightful unmodified Mazda RX-7. 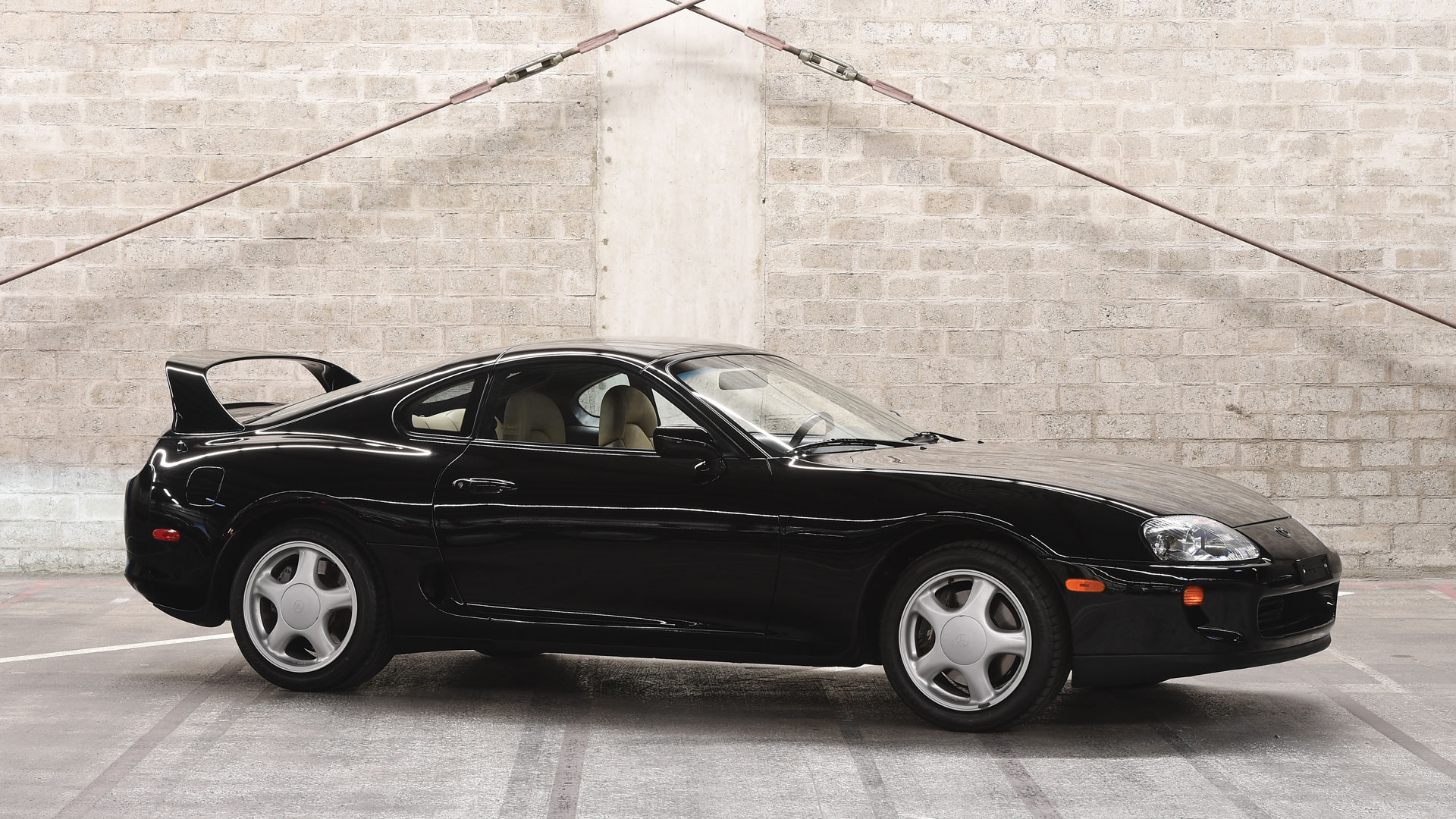 Toyota has been teasing the arrival of the new Supra for what seems like years, but if you’re not prepared to wait, this classic from 1994 is almost as-new. It has covered just 11,200 miles. The paintwork looks unblemished and the interior is as though it has never been sat in. Amazing stuff. 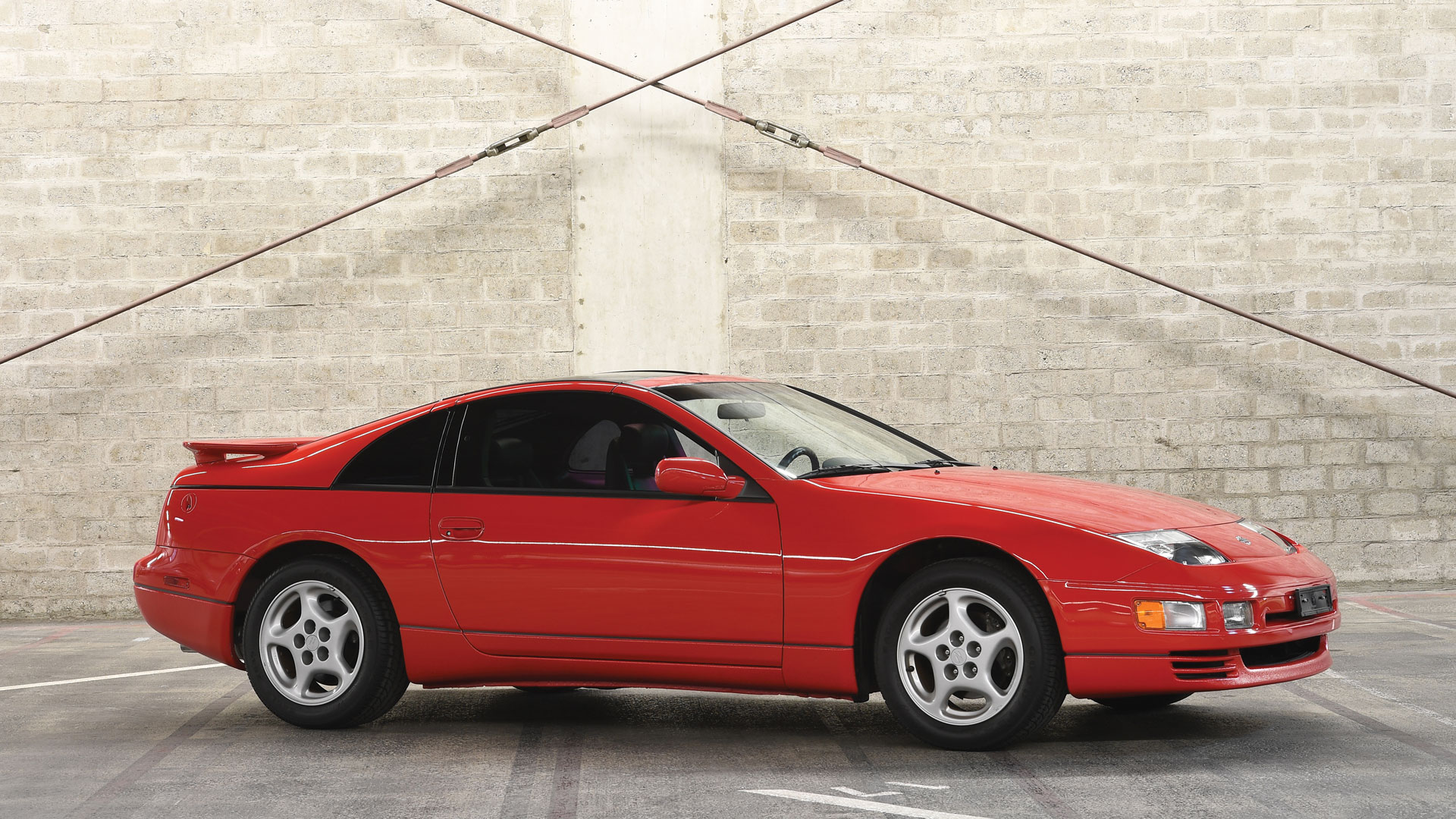 Japan is well represented at the Amelia Island, with this low-mileage Nissan 300ZX Twin Turbo likely to command a strong price. It has covered a mere 2,800 miles and, in common with many of the lots, the interior looks as-new. 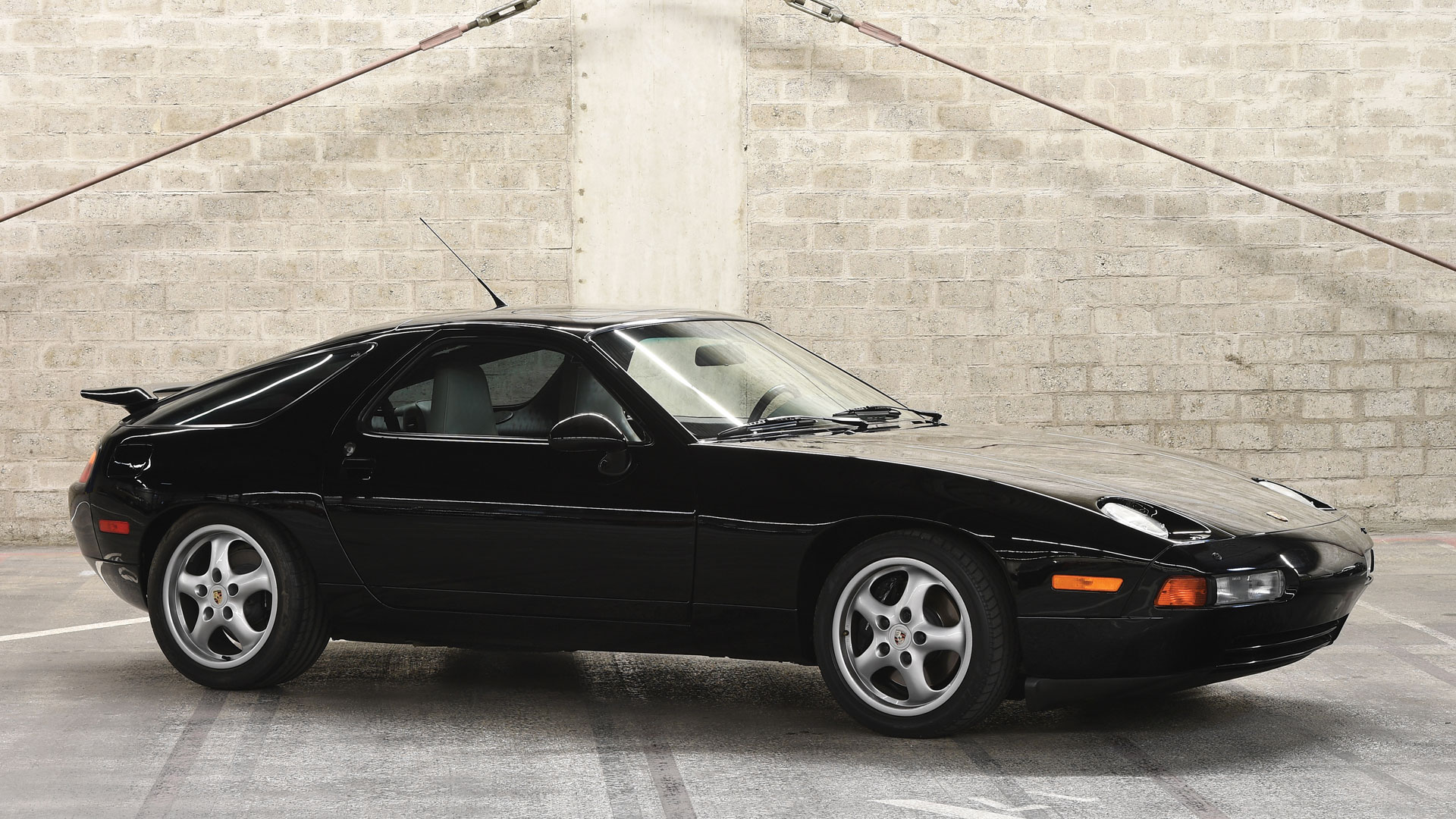 “From nearly every iteration of the BMW Alpina to the Mercedes-Benz 500 SEC AMG 6.0 Wide Body, Porsche 928 GTS, and the Renault R5 Turbo, the private collection we’ve added to our 2019 calendar has nearly every car youth of the 80s and 90s dreamed of,” says Gord Duff, global head of auctions, RM Sotheby’s. 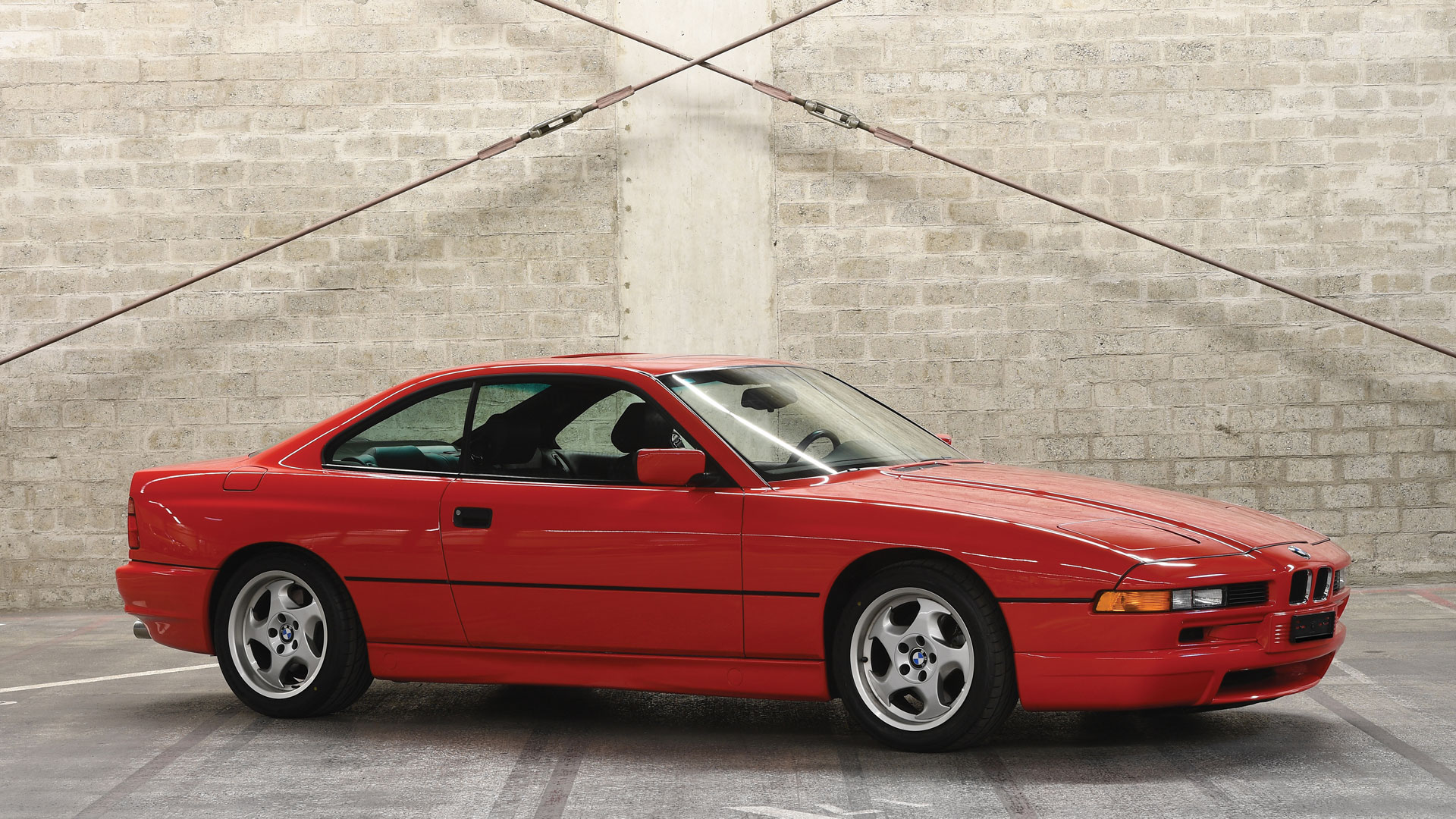 “The 80s and 90s ‘youngtimers’ are back and here to stay in the world of car collecting, and we’re thrilled to offer this extensive collection on behalf of its enthusiastic owner. Truly a young man’s garage, the consignor is ready to distil his collection and share these exciting cars with other like-minded enthusiasts,” Duff continued. 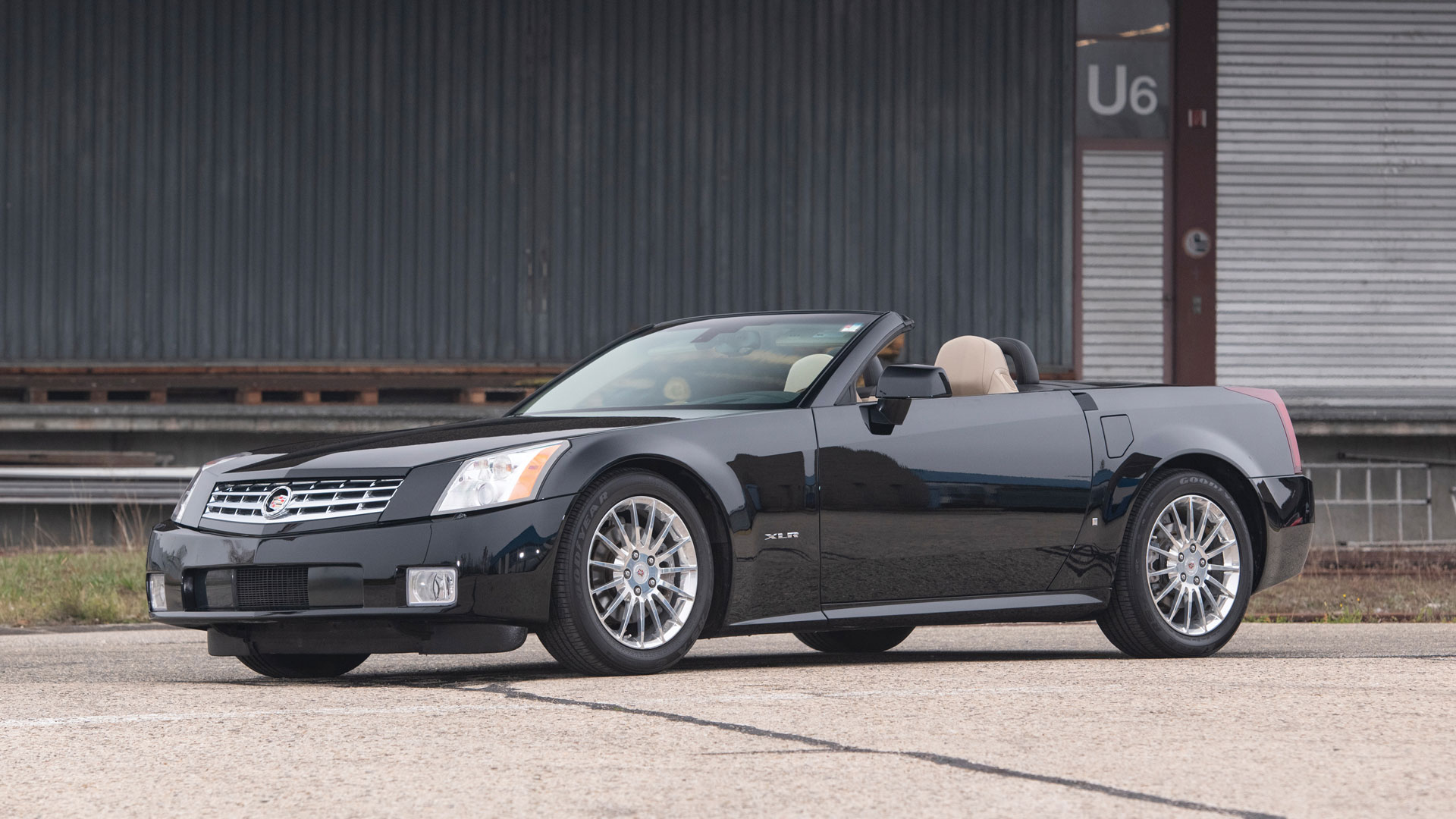 At the end of March, the ‘youngtimers’ juggernaut heads to Fort Lauderdale for ‘South Florida’s premier collector car auction’. There are 16 cars on sale, including three Chevy Corvettes and this Corvette C6-based Cadillac XLR. It might not offer razor-sharp dynamics, but time has been kind to this sharp-suited topless Caddy. 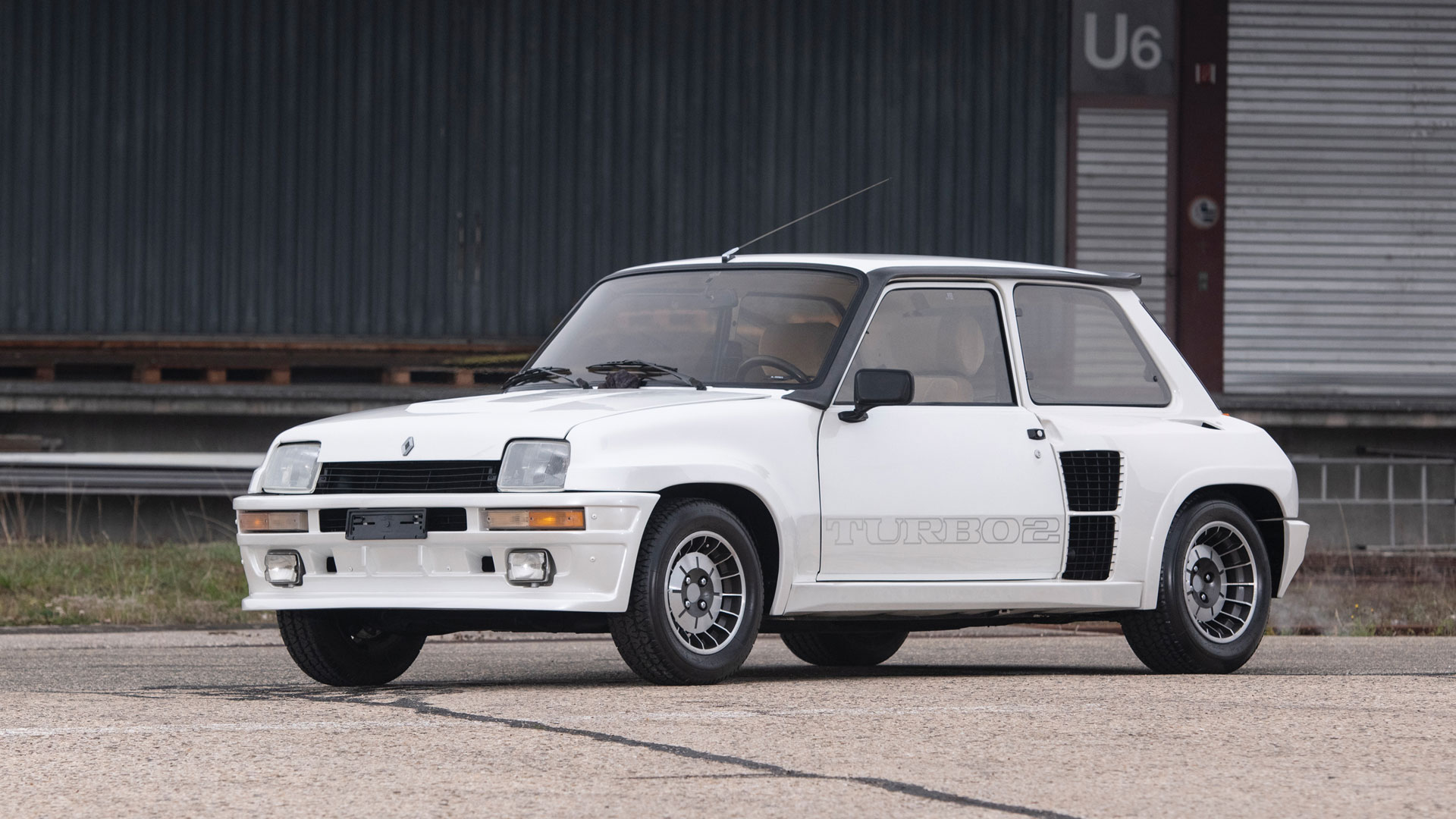 We sense this car collector isn’t a fan of French vehicles, but France is represented by a pair of Renault 5 Turbo 2s. This was a follow-up to the original rally-bred 5 Turbo, with Renault developing a car that was both cheaper to build and less expensive to buy. 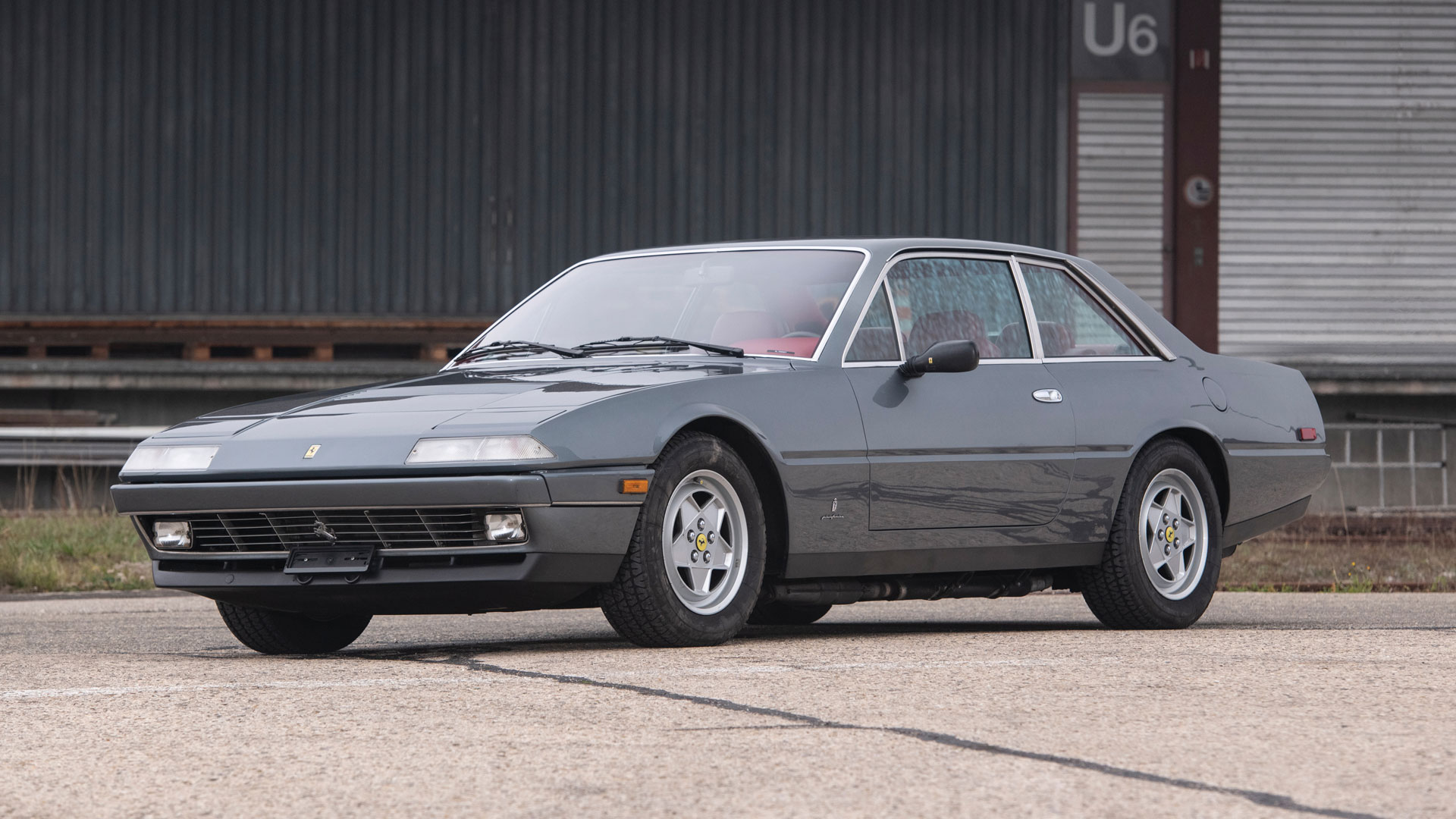 Looking at the collection, it’s easy to spot where the collector’s loyalty lies. There are 34 cars from Mercedes-Benz, 27 from BMW, 12 from Rolls-Royce, 11 from Bentley, eight from Porsche, eight from Jaguar, seven from Ferrari, four from Aston Martin, two from Renault, two from Morgan, and one from Audi, Lotus and Lamborghini respectively. 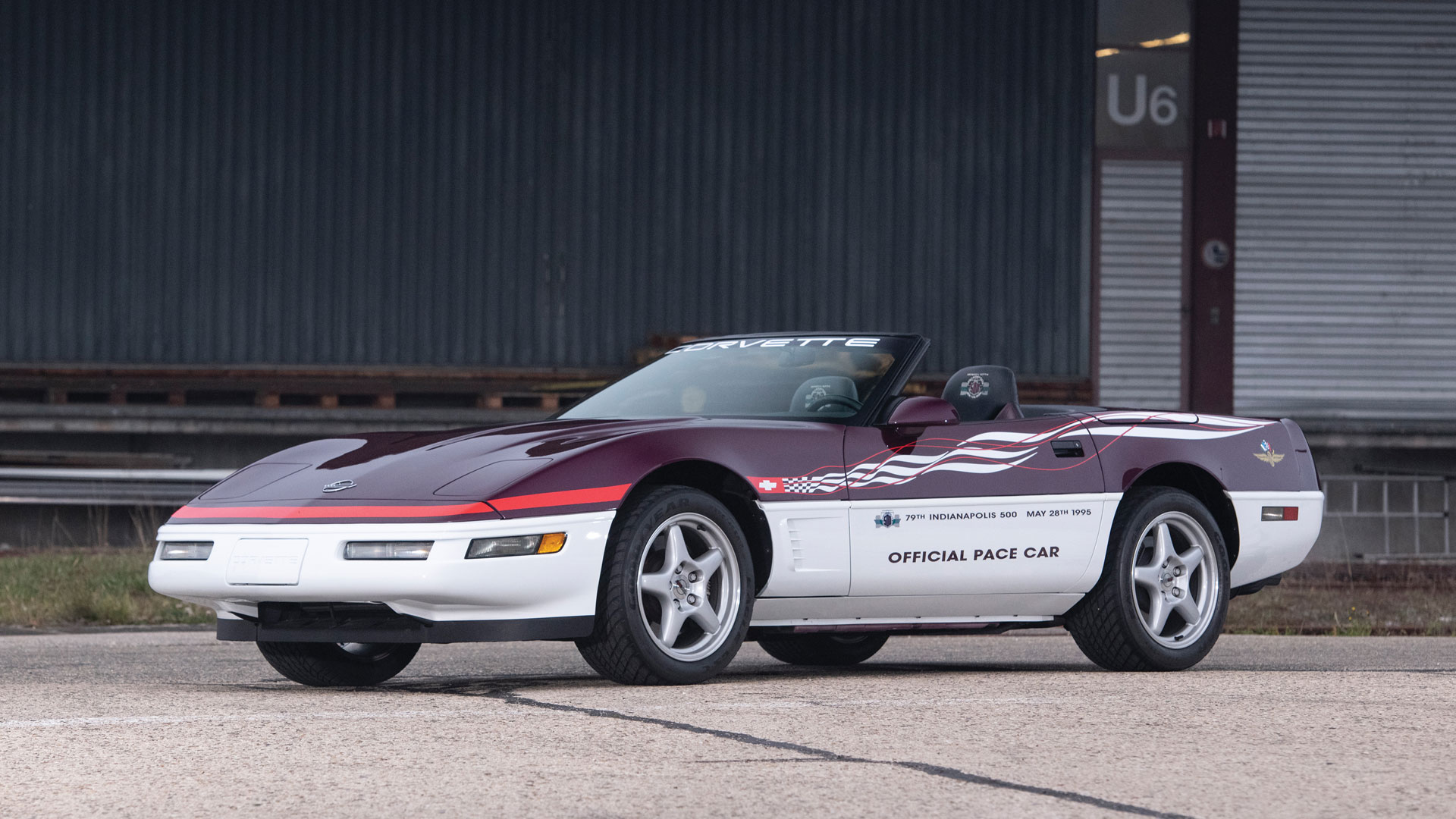 The Corvette Pace Car for the 1995 Indy 500 featured a Dark Purple Metallic and Arctic White two-tone paint job. A total of 527 replicas were built – one for every top Corvette dealer in the United States. 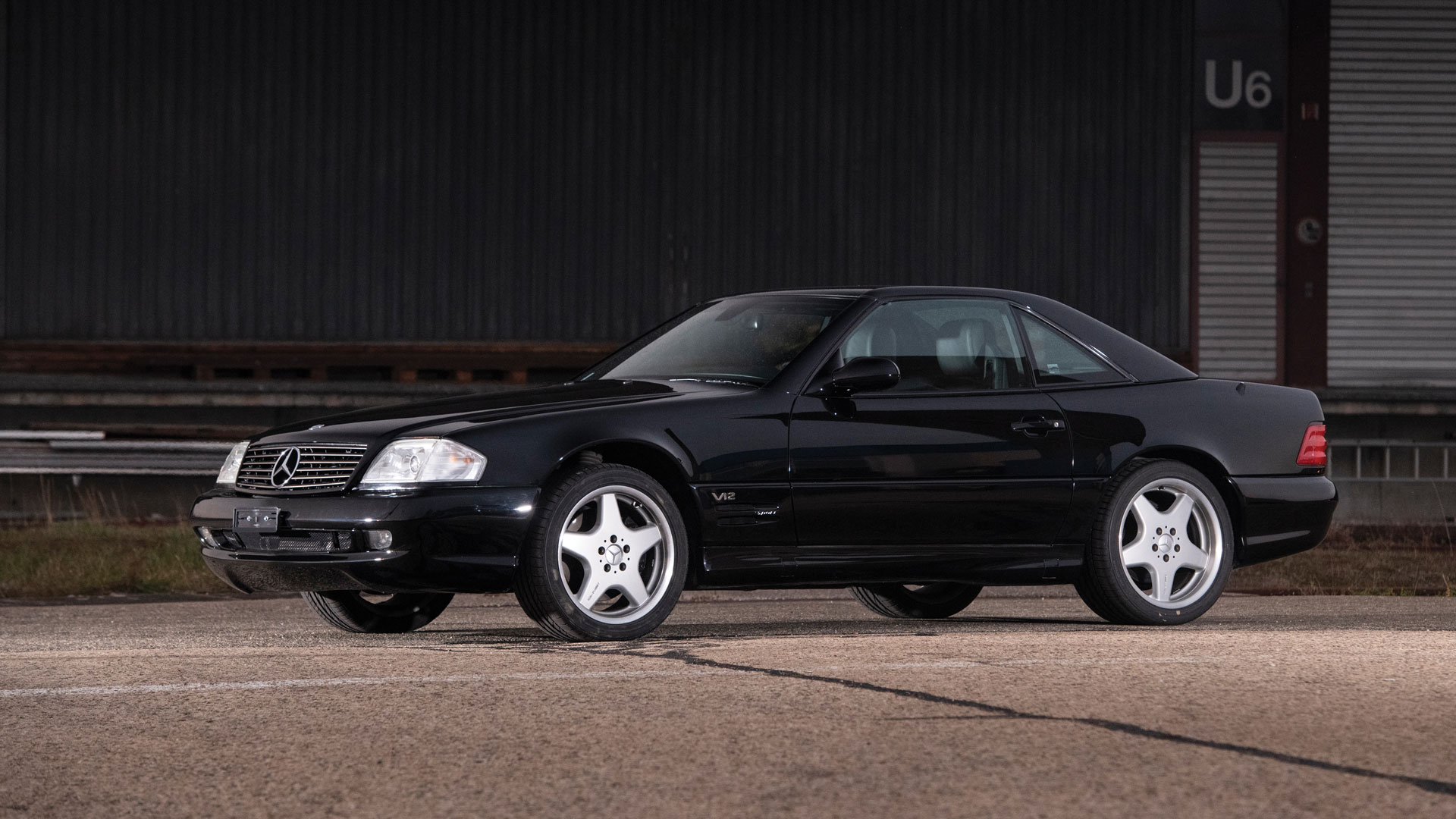 With 34 different Mercedes-Benz on offer, there is no shortage of options in the ‘youngtimers’ sale, but this SL 600 is one of just two to go under the hammer in Fort Lauderdale. The V12 SL is offered with no reserve at the auction held at the Greater Fort Lauderdale/Broward County Convention Center. 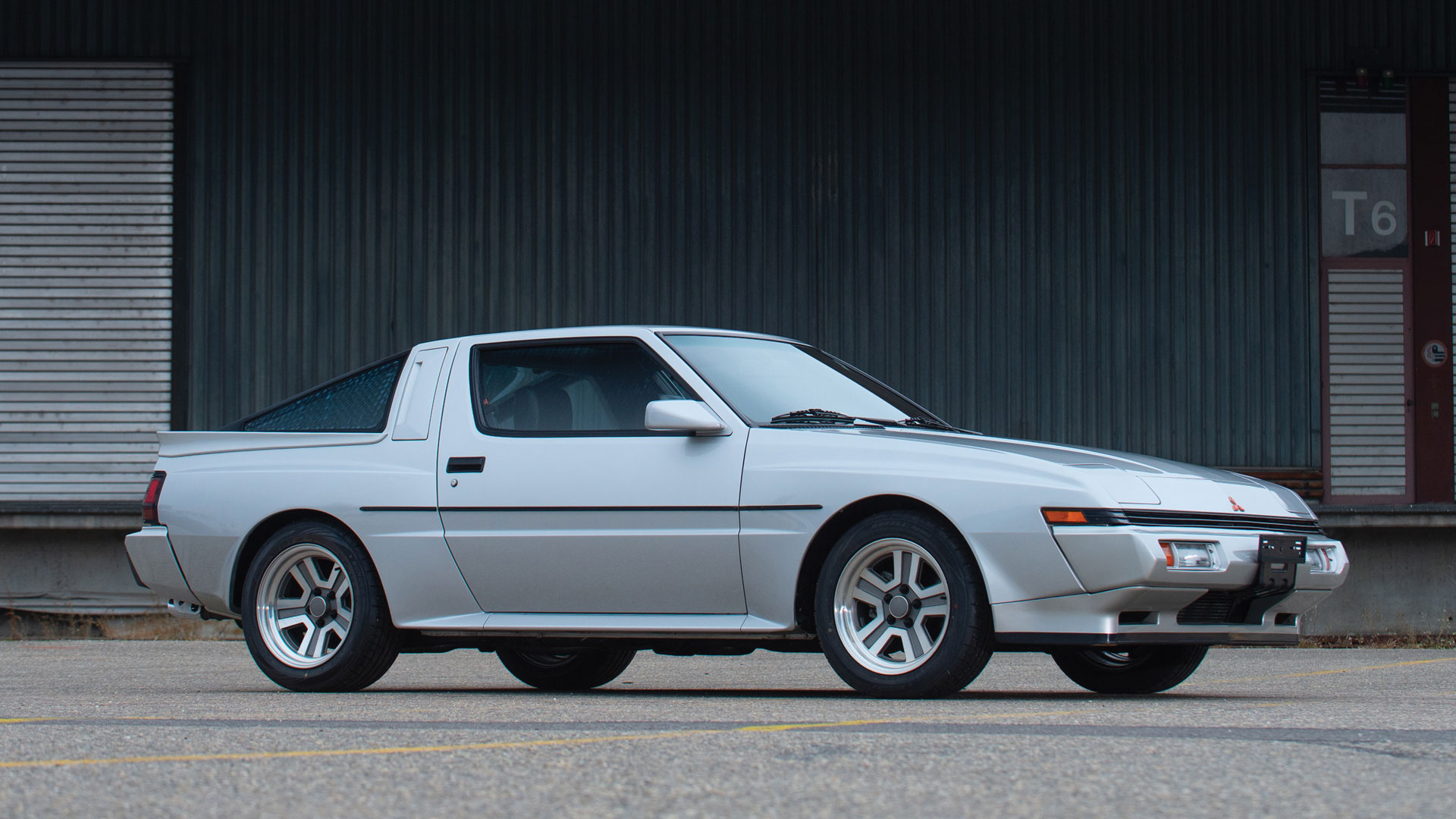 There are 82 cars on offer at the auction held during Techno-Classica Essen 2019, including ‘nearly every imaginable BMW Alpina and M performance’ cars and ‘desirable Mercedes-Benz AMG performance cars from the late 1970s through the 1990s’. We’d be quite happy with this Mitsubishi Starion. 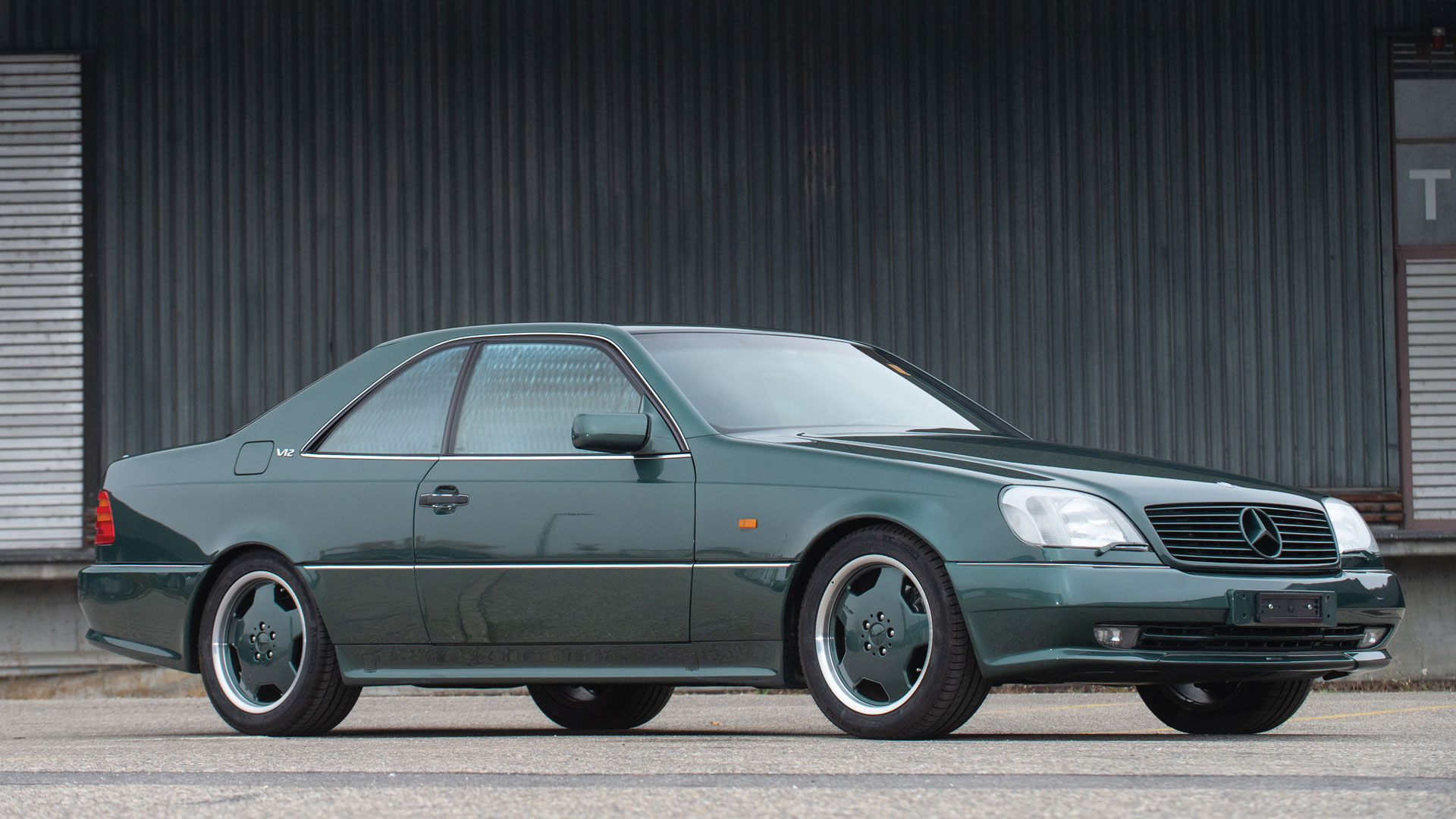 The RM Sotheby’s Essen sale is a dream come true for Mercedes fans. Our cover hero, the 1979 Mercedes-Benz 500 TE AMG will be there, as will this 1996 Mercedes-Benz S 600 AMG. We reckon that would make a pretty decent two-car garage. 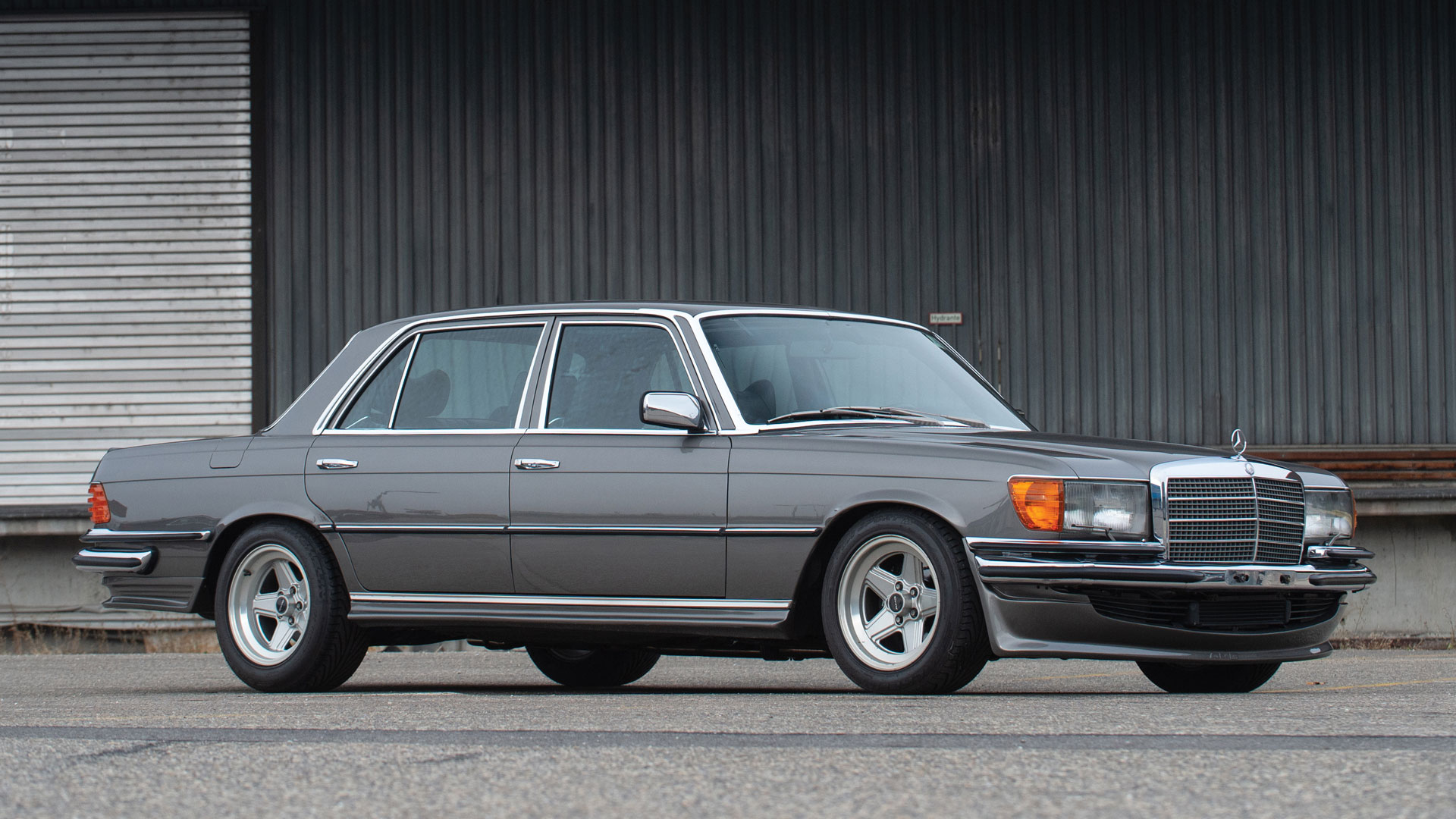 That said, we’d find it hard to ignore this 450 SEL 6.9. Produced in limited numbers, this was a spiritual successor to the 300 SEL 6.3 and featured a 6.9-litre V8 engine, as well as a host of forward-thinking equipment. 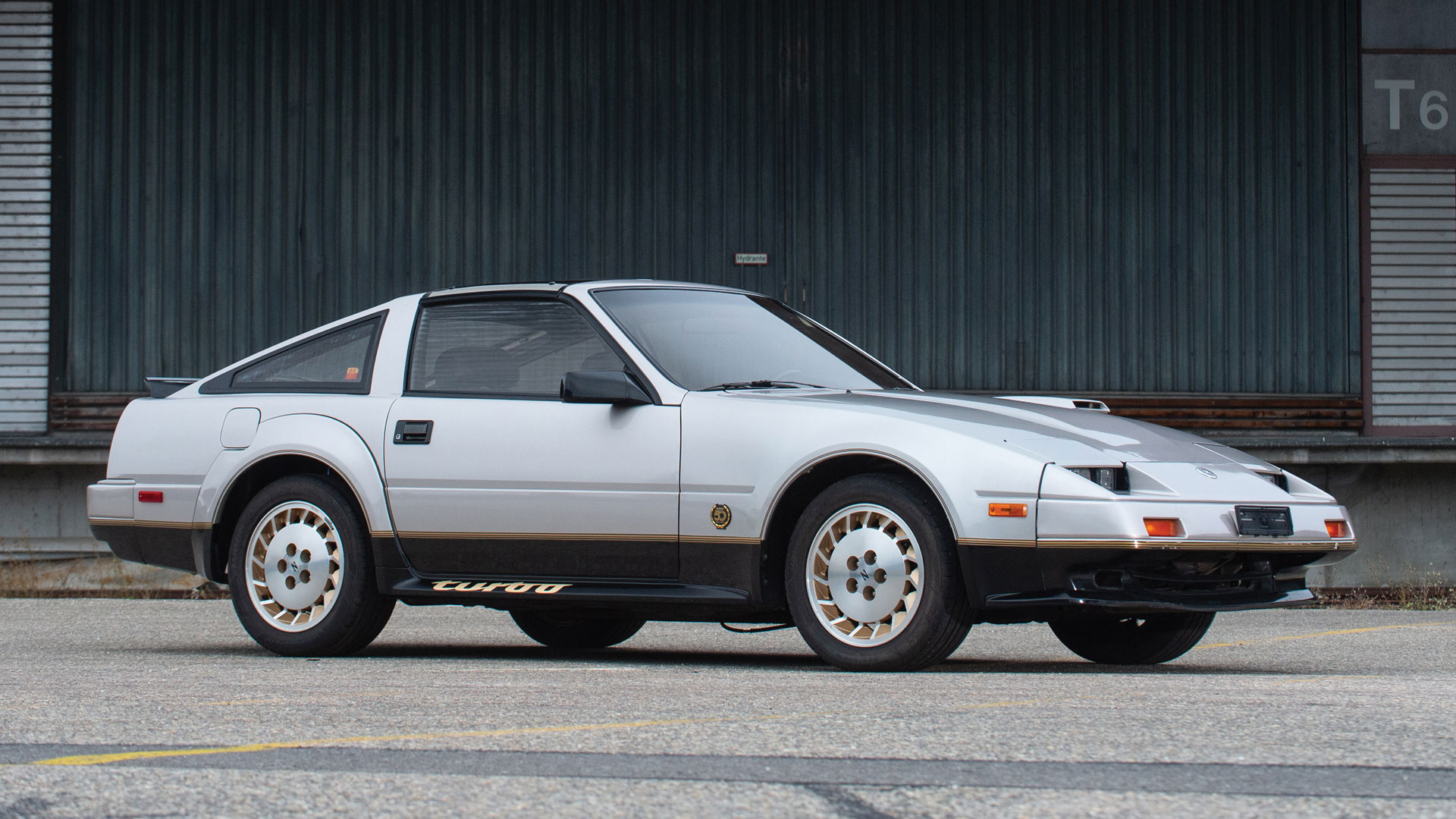 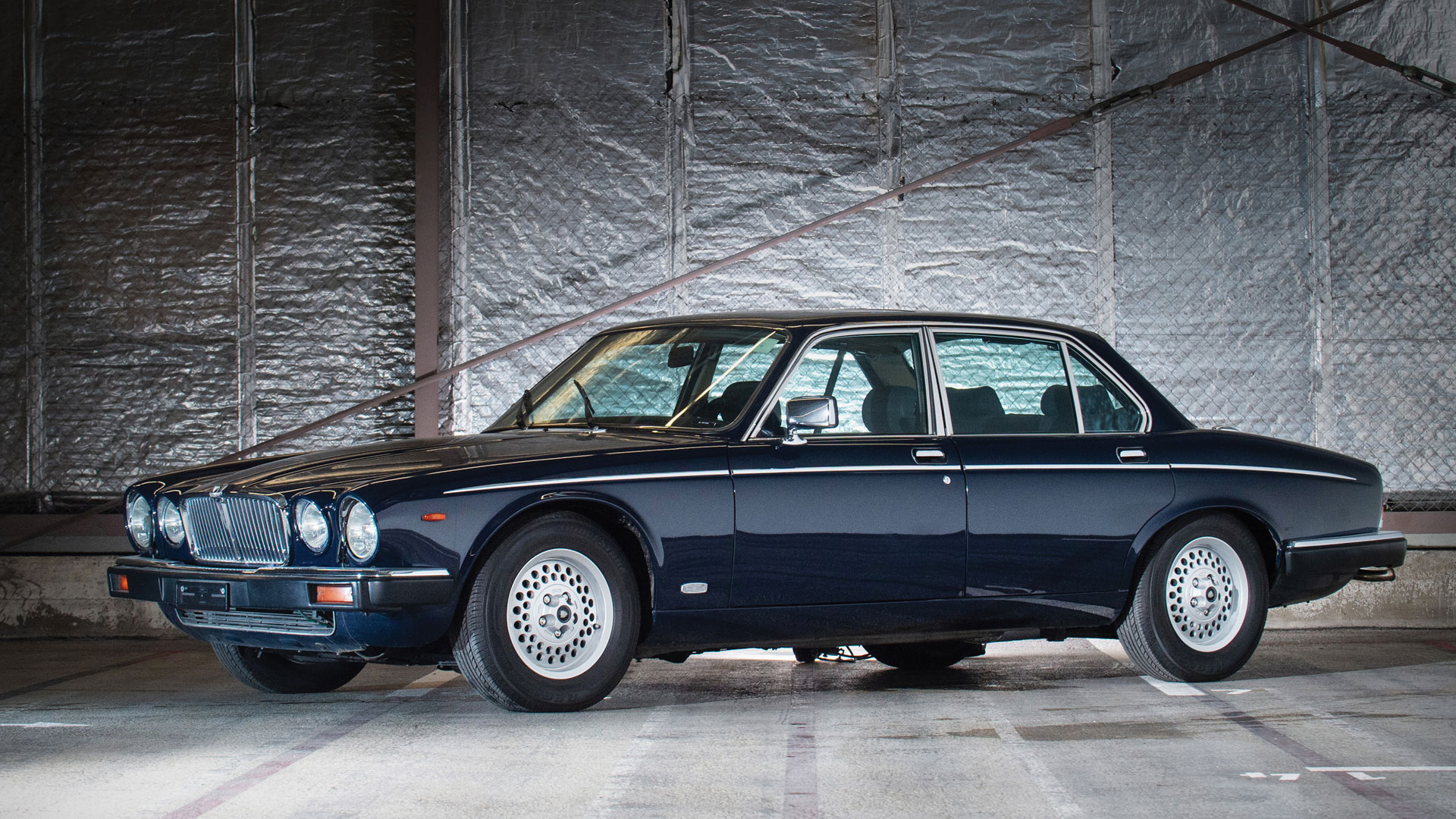 We conclude our auction preview with this Jaguar XJ V12, which is one of a number of Bentley, Rolls-Royce, Land Rover, Daimler and Jaguar models to go under the hammer in Essen. Stay tuned for a follow-up gallery once RM Sotheby’s has released details of each car.