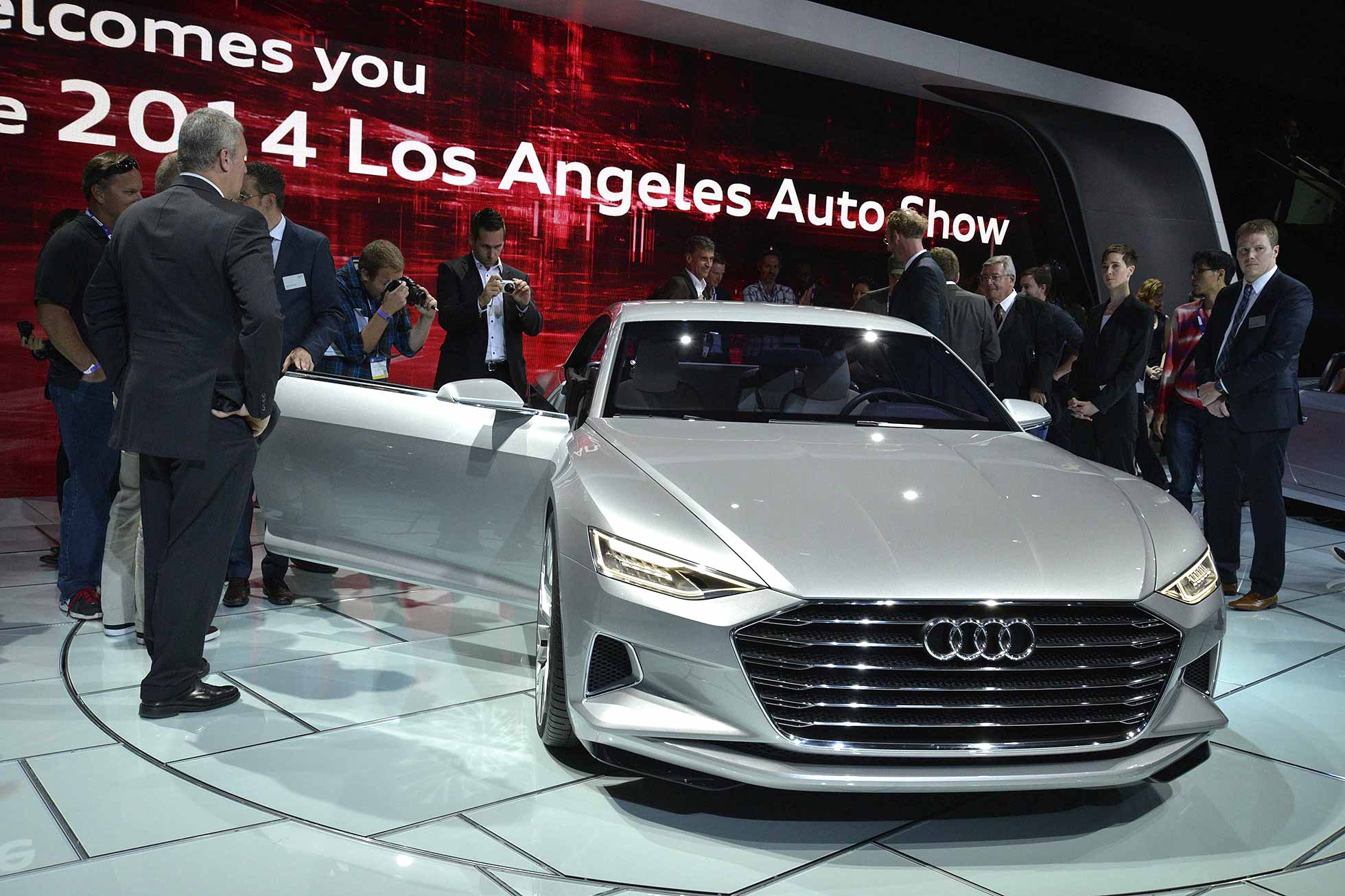 The 2014 LA Motor Show, like California itself, had a relaxed, easygoing vibe that concealed some real automotive substance and potentially groundbreaking new model introductions.

Audi set the mood with the Prologue concept, the car that admits its design has been too derivative in recent years and needs to change. The crowds permanently surrounding it throughout the day proved that showgoers agreed; pleasingly for design boss Marc Lichte, whose first public creation this is, it also showed they liked it.

The Prologue changes the game for Audi: the Toyota Mirai sitting just around the corner from it could change the game for the marketplace. Alas, unlike the beautiful Audi, it’s not endowed with pretty styling and its awkward, almost dated lines and silhouette meant that many people simply ignored it. 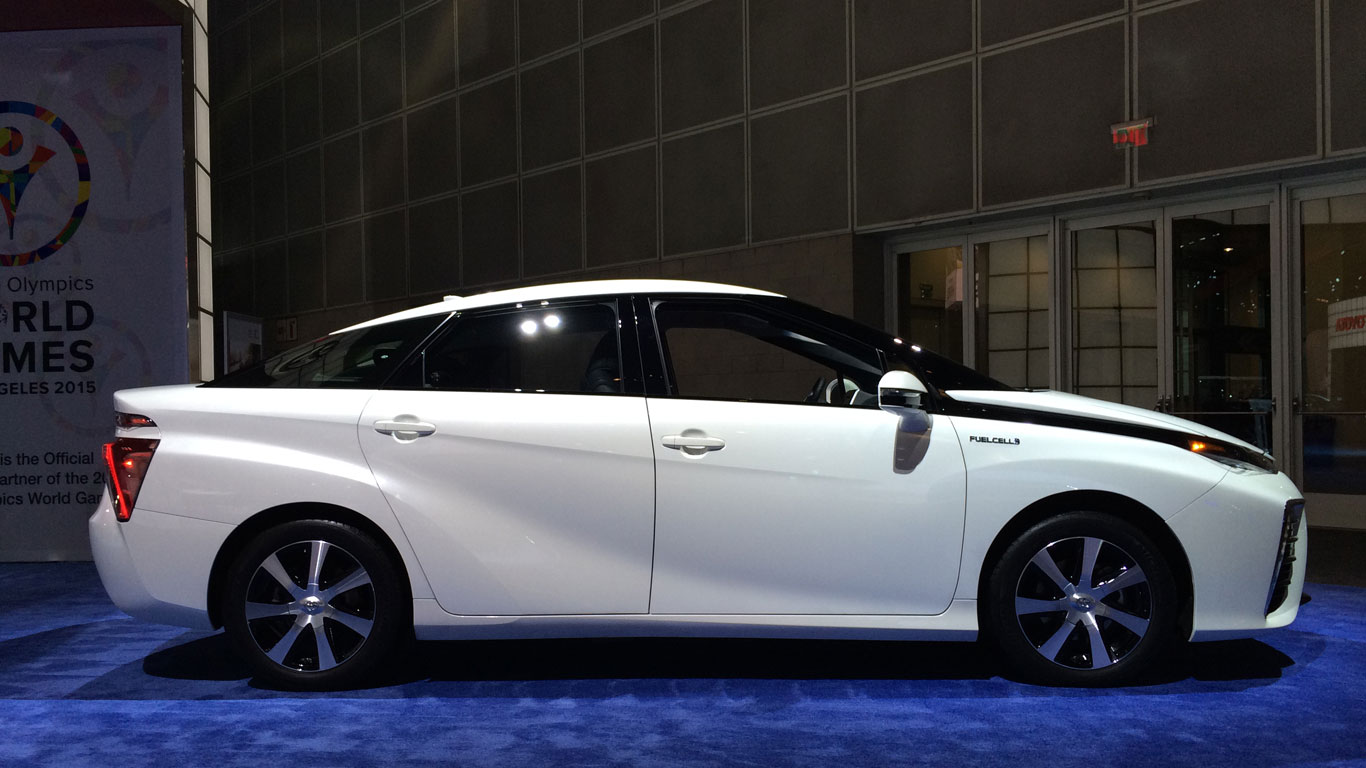 For the world’s most mainstream and affordable hydrogen fuel cell yet, whose exhaust is made from plastic because the only emission sent through it is water, this is very frustrating. Toyota has some marketing work to do if it wants the Mirai to become the landmark fuel cell car that the Prius was to hybrids.

It must be intentional. The Scion iM concept – interestingly based on the UK-market Toyota Auris – shows Toyota knows how to design fantastic-looking cars. As I tweeted from the show, the jury is thus out on Mirai. No such design debate for Japanese rival Mazda, though: the new CX-3 Nissan Juke rival was universally liked and will be a standout in a sector that does have its fair share of questionable designs. Parking the CX-3 next to the new MX-5 at LA was a convincing pairing.

America is the land of the SUV. Needless to say there were some new additions. The BMWs X5 M and X6 M didn’t really seem to bring anything new to the market – perhaps the revelation will be in how they drive – but the Porsche Cayenne GTS was more convincing. Despite Porsche going GTS crazy at the moment, it didn’t pale next to the reported brilliance of the 911 Carrera GTS also on show at LA. The first Cayenne GTS helped some who hated the very idea of the Cayenne start to like it: if this drives as well as its new GTS siblings, Cayenne acceptance may become absolute.

Porsche also announced at the show that the 918 Spyder had sold out – and a spokesman said later the record proved the naysayers wrong. “We were criticised for not selling out as fast as the McLaren P1 and Ferrari LaFerrari. But with 918 units, we’ve actually outsold them both combined…”

Despite whispering rumours of Nurburgring lap records, we’re not expecting any sales records for the Volkswagen Golf R estate – surely one of those costly niche engineering irrelevances notoriously formidable VW Group boss Prof. Dr. Martin Winterkorn is so keen to stamp out? – but Volvo reckons compact SUV diversification will help make its V60 Cross Country more popular than some expect. We also learnt, surprisingly, it’s based on running gear from the bigger Volvo XC70 – and thanks to modularity, ‘It wasn’t costly to do”. A bit like BMW launching a 3 Series based on 5 Series mechanics, that’s certainly one way to give your new model a big car feel…

Also on estates, and on hydrogen cars, Volkswagen paired the two with the Golf Sportwagon Hymotion. Using the hydrogen fuel cell mechanicals of the hydrogen Passat fleet currently testing in California, it was again a ‘technology demonstrator’ that is not yet slated for production. We’re waiting for the infrastructure, said VW: the car’s pretty much there. Hear that, fuel companies? 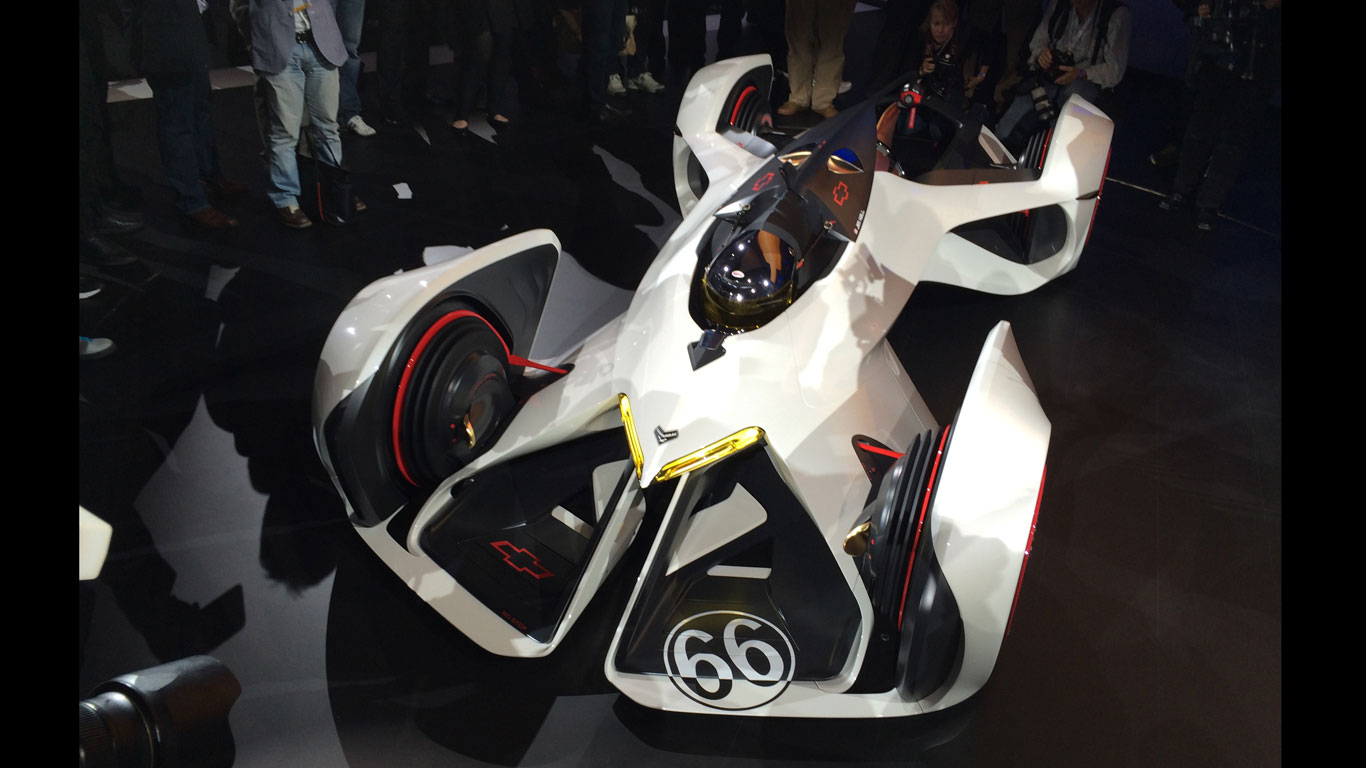 There were some show surprises, not least the Chevrolet Chaparral 2X Vision that rather comprehensively took all alteration away from any of the road car stuff on its stand (and there was us thinking the 2015 Impala didn’t look at all bad…). A baffling clean sheet creation, it’s wildly futuristic but more than a few stood and looked, wishing they could lie down and drive it on the road just like they’ll soon be able to do in Gran Truism 6.

We’ve been expecting the Bentley Mulsanne Convertible for ages now but it was still lovely to see the Grand Convertible ‘concept’ at the show: it’s a beauty. The open-top Lexus LF-C2 is also much better looking than the old IS C – and the yellow paint job is stunning – and the convincing completeness of Ford’s Shelby GT350 Mustang was also nice to see (and the flat-plane crank 5.2-litre V8 seems awe-inspiring…). Then there was the Dodge Challenger SRT Hellcat: not new but… well, because 707hp. For $60k. That’s less than £40,000.

One of the real big deals of the show was Mercedes-Benz’ reintroduction of the Maybach brand, again. This time it’s being much smarter and billing it as a sub-brand, Mercedes-Maybach, rather like it does with Mercedes-AMG. The S 600 show car was very convincing and, with its wheelbase even longer than the long-wheelbase S-Class, certainly pushed the car’s already world class interior to new levels of brilliance. People were queuing to sit in: it was a hit alright. 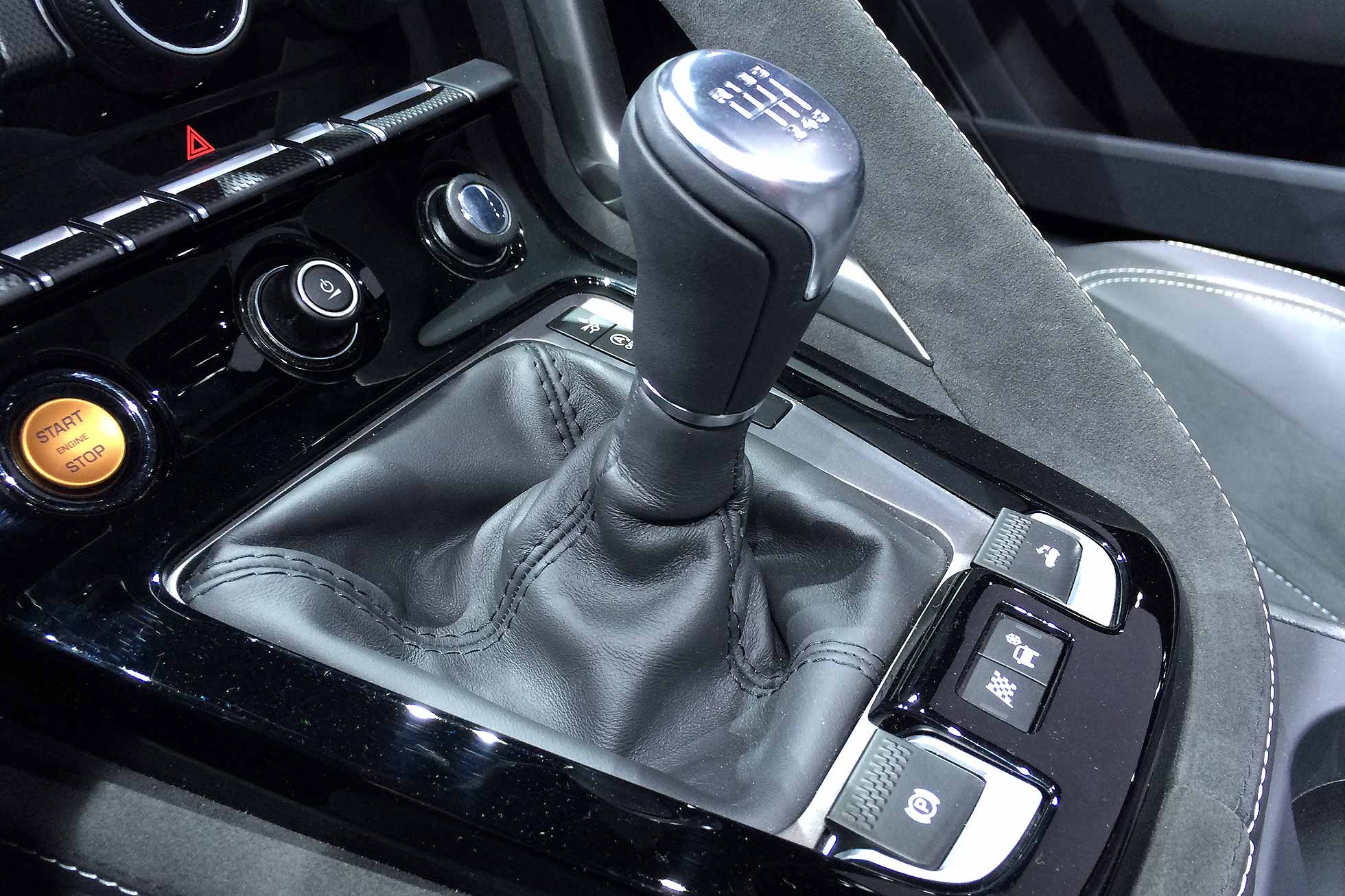 It was over to Jaguar for one of the unexpected hits of the show, though. In theory, the firm was there to announce its 2015 model year expansion of the F-Type range, from six models to 14 thanks to the introduction of customer-friendly all-wheel drive. But it was the introduction of an enthusiast-friendly six-speed manual gearbox for V6 rear-wheel drive models that really stirred a buzz.

Once the word got out that there was an F-Type with a manual gearbox on the show stand, people made a beeline for it, just to wobble the meaty short-throw lever and snick a few speedy stick-shifts. A couple of people whooped during the press conference when it was announced. That’s LA for you – professional but passionate, sophisticated but charmingly enthusiastic. The perfect way to draw the 2014 motor show circuit to a close.