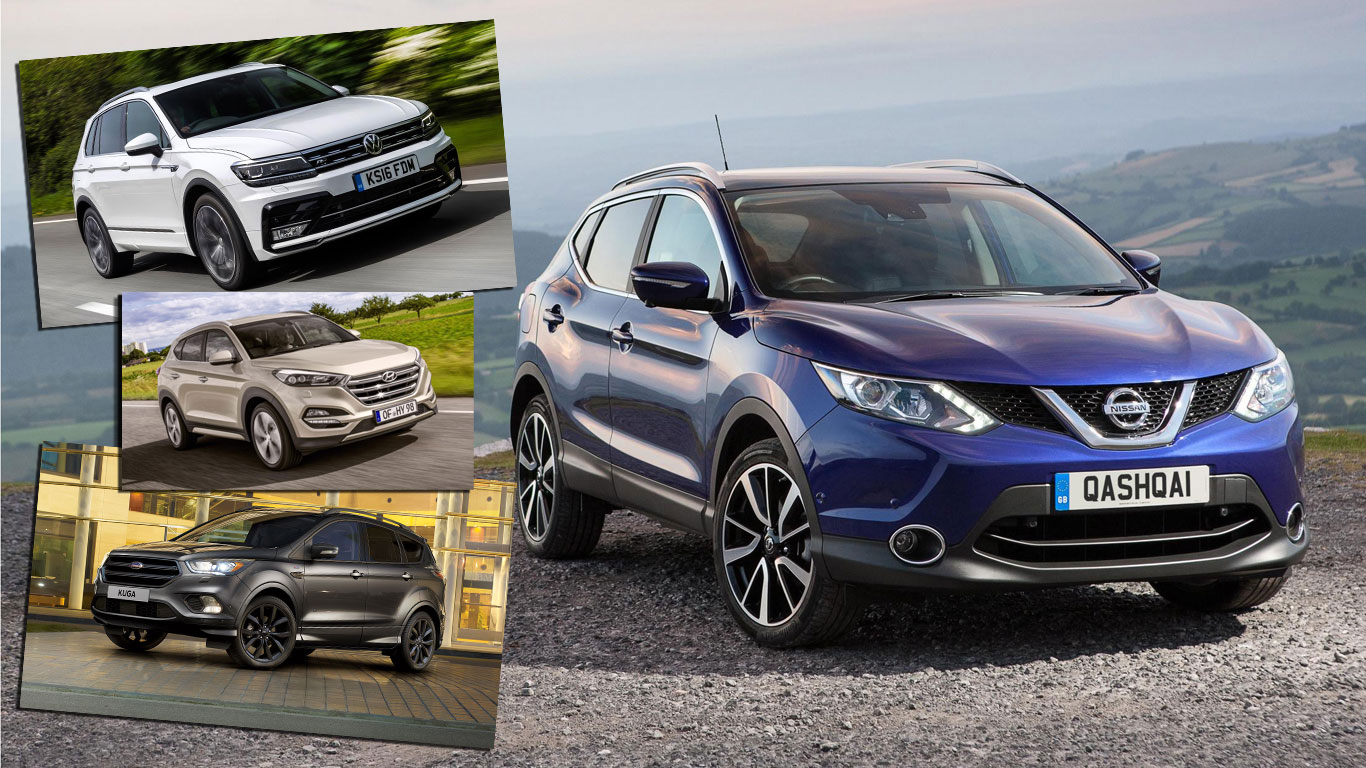 In September 2016, registrations from the so-called C-SUV segment totalled 13,798 units in Europe’s ‘Big 5’ markets. That’s according to JATO Dynamics, which said this growth is explained by the “booming SUV segment”, and in particular the ever-popular compact SUVs. Read on to find out which compact SUVs you are buying, as we present the results in reverse order.

The Hyundai ix35 was killed off in 2015, replaced by the really-rather-good Hyundai Tucson. The fact that eight ix35s were registered in September 2016 is probably explained by old dealer stock. We just hope the buyers got a tremendous deal.

The Peugeot 4008 was developed in conjunction with Mitsubishi and shares its platform with the Mitsubishi ASX and Citroen C4 AirCross. The 4008 was never sold in the UK, but remains popular in Australia and New Zealand. As for the rest of Europe: a total of 82 registrations tells you all you need to know. 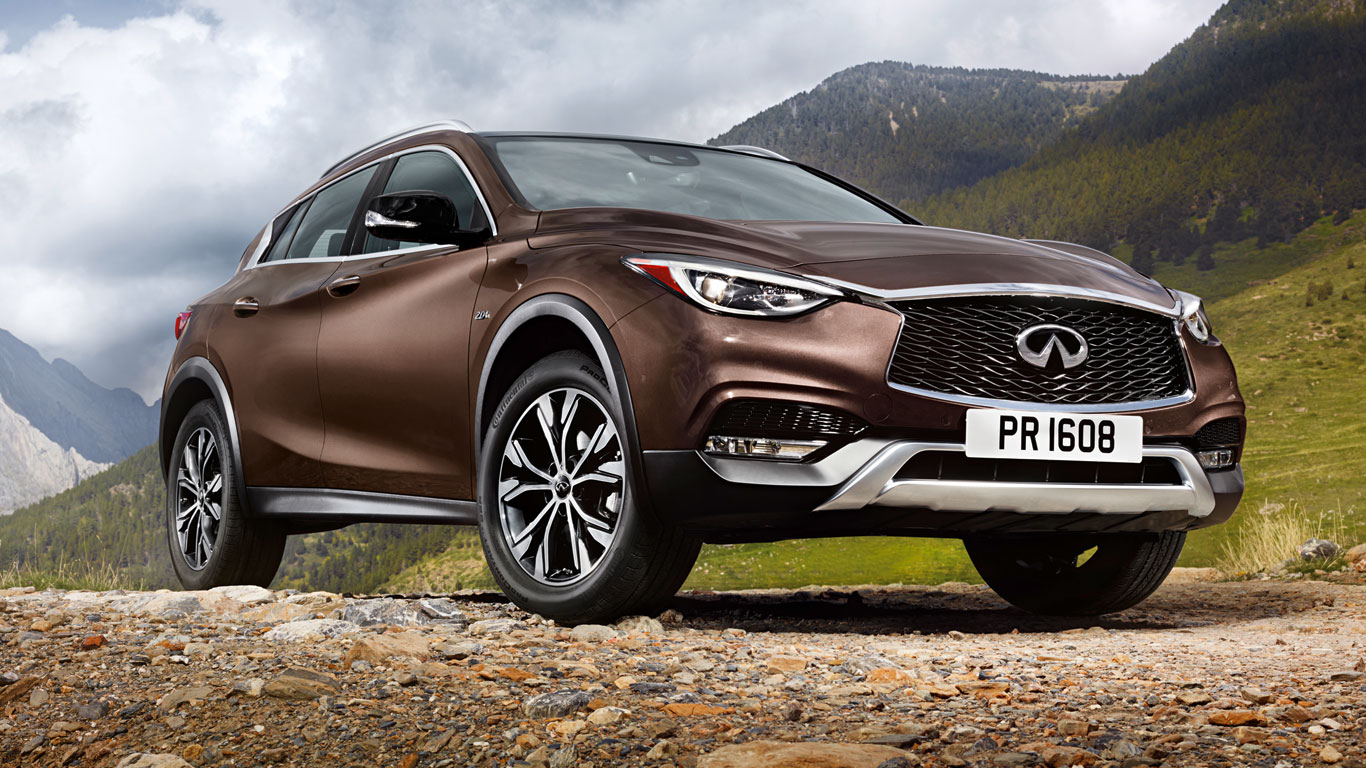 The Infiniti QX30 shares its platform with the Mercedes-Benz GLA, but while its German sibling managed to shift over 6,000 units in September, the posh Nissan could only manage a paltry 93. In fairness, the QX30 is new to the market, but Infiniti will be hoping for more solid figures over the coming months.

Remember the Jeep Compass? No, neither does the rest of Europe, but Jeep has recently announced a new Compass is on its way. The second generation model (pictured) is set to be formally unveiled at the Los Angeles Auto Show in November. It’s scheduled to arrive in Europe in 2017 and will go head-to-head with the Nissan Qashqai.

Another compact crossover you may have forgotten: this is the Vauxhall Antara. It is, of course, marketed as the Opel Antara in Europe, but it also shared its platform with the Chevrolet Captiva. Head to the Vauxhall website and you’ll find the Antara on sale from £22,155, but there are far better options than this decade-old crossover. 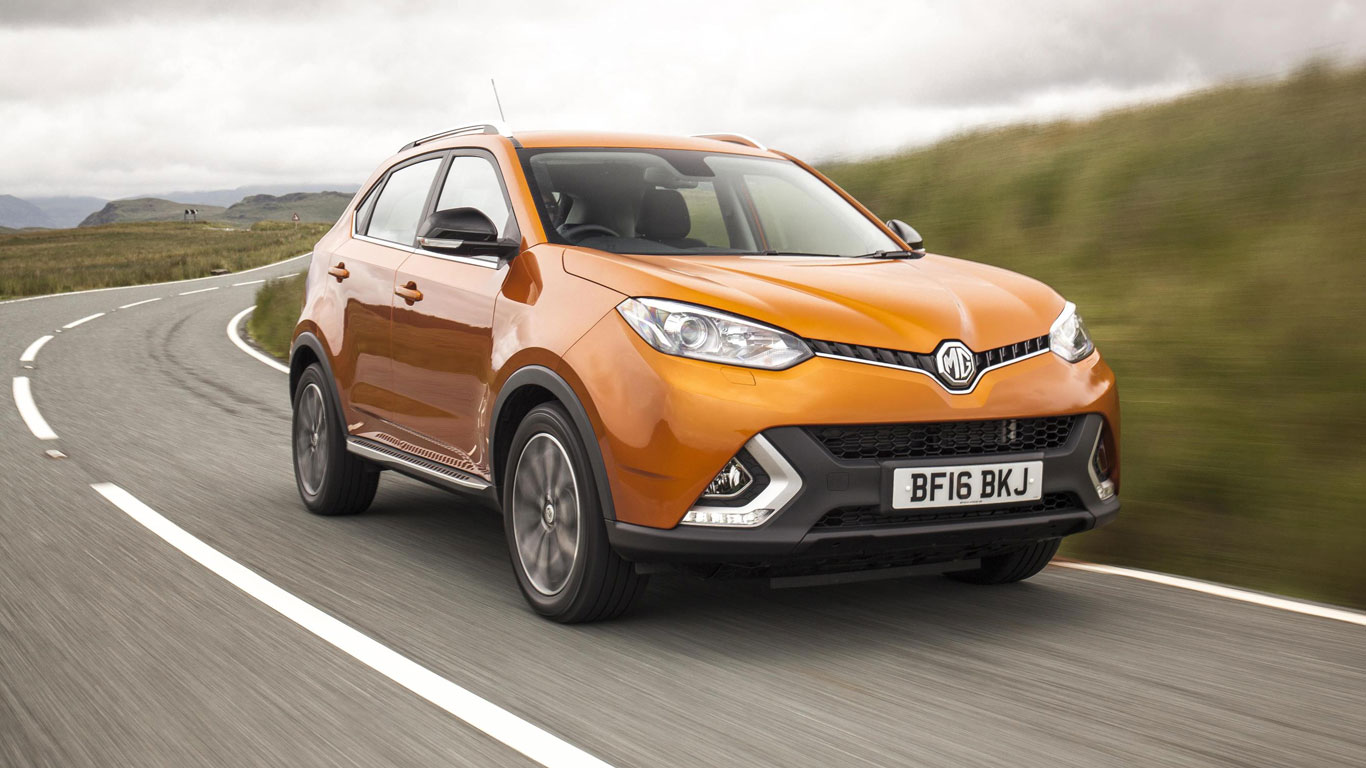 The MG GS is the new kid on the crossover block, with registrations totalling 230 in September. Prices start from £14,995 for the GS Explore, rising to £19,495 for the Exclusive. MG’s first SUV isn’t about to shake up the establishment, but it’s certainly worth a look.

The current, third generation SsangYong Korando was launched back in 2010, and as such it dates back to the days before the Korean firm really got its act together. So while the Tivoli and Tivoli XLV are genuinely good cars in their own right, you have to make excuses in order to justify the Korando. On the plus side, prices start from £16,250 and it does offer a five-year warranty.

You may not have heard of the Citroen C4 AirCross, because it isn’t available in the UK. Like the aforementioned Peugeot 4008, it was developed in collaboration with Mitsubishi and was launched at the 2012 Geneva Motor Show. Last month, a mere 566 C4 AirCross models were registered in Europe: a fall of 28.9% compared to the same period last year. 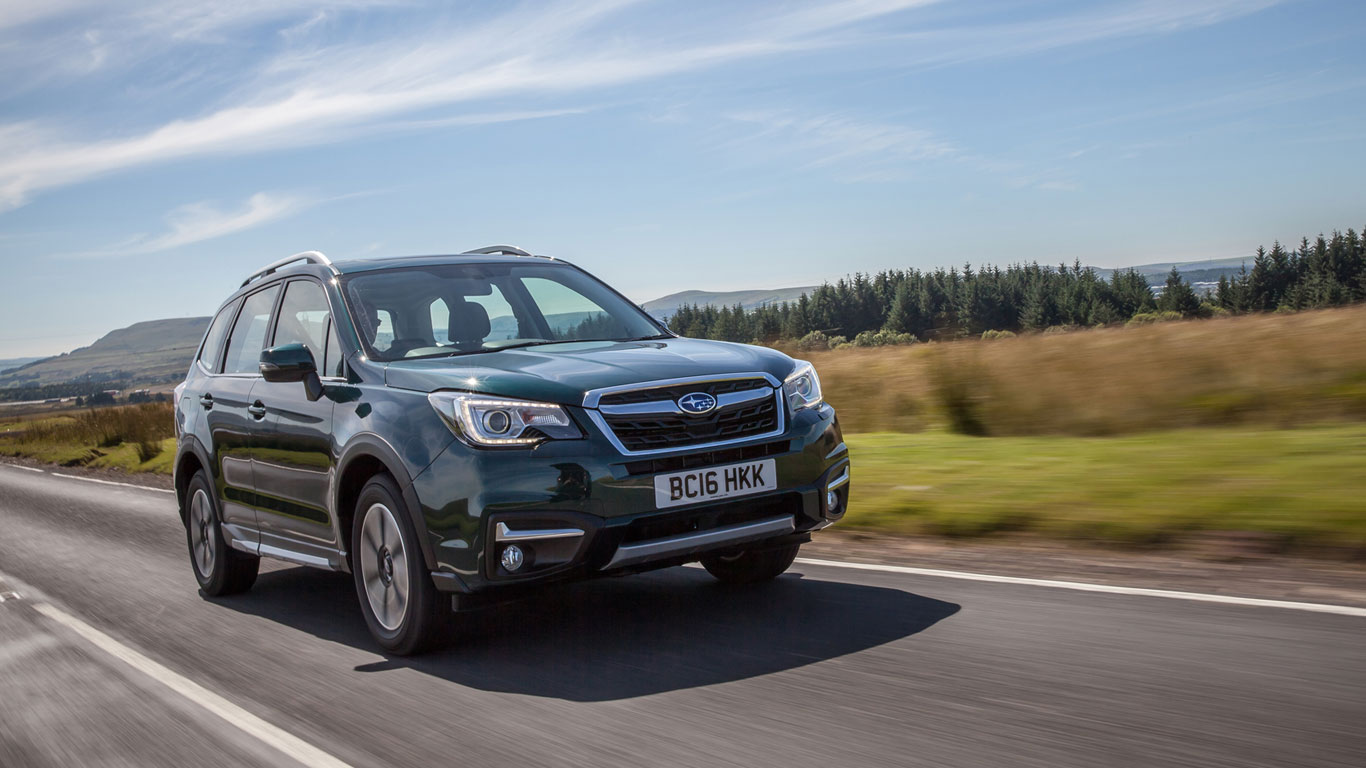 The Subaru Forester is more SUV than crossover, and it’s all the better for it. Thanks to its five-year warranty, excellent off-road manners and reputation for reliability, it probably deserves to sell more than the 804 units registered last month. Amazingly, that’s down 3.6% compared to the same period last year.

Another crossover-SUV on the decline is the Suzuki SX4 S-Cross, which saw a 21.3% drop in registrations compared to the same period in 2016. Suzuki will be hoping a range of enhancements – including a new ‘Vanden Plas’ grille – will halt the decline. The problem is: the Suzuki Vitara is a better car.

Straight in at number 16 is the new Kia Niro: the company’s first hybrid crossover. Thanks to the combination of a 1.6-litre petrol engine and an electric motor, the Niro is able to offer up to 74.3mpg and CO2 emissions of just 88g/km. Bank on the Kia storming up the sales chart over the coming months. 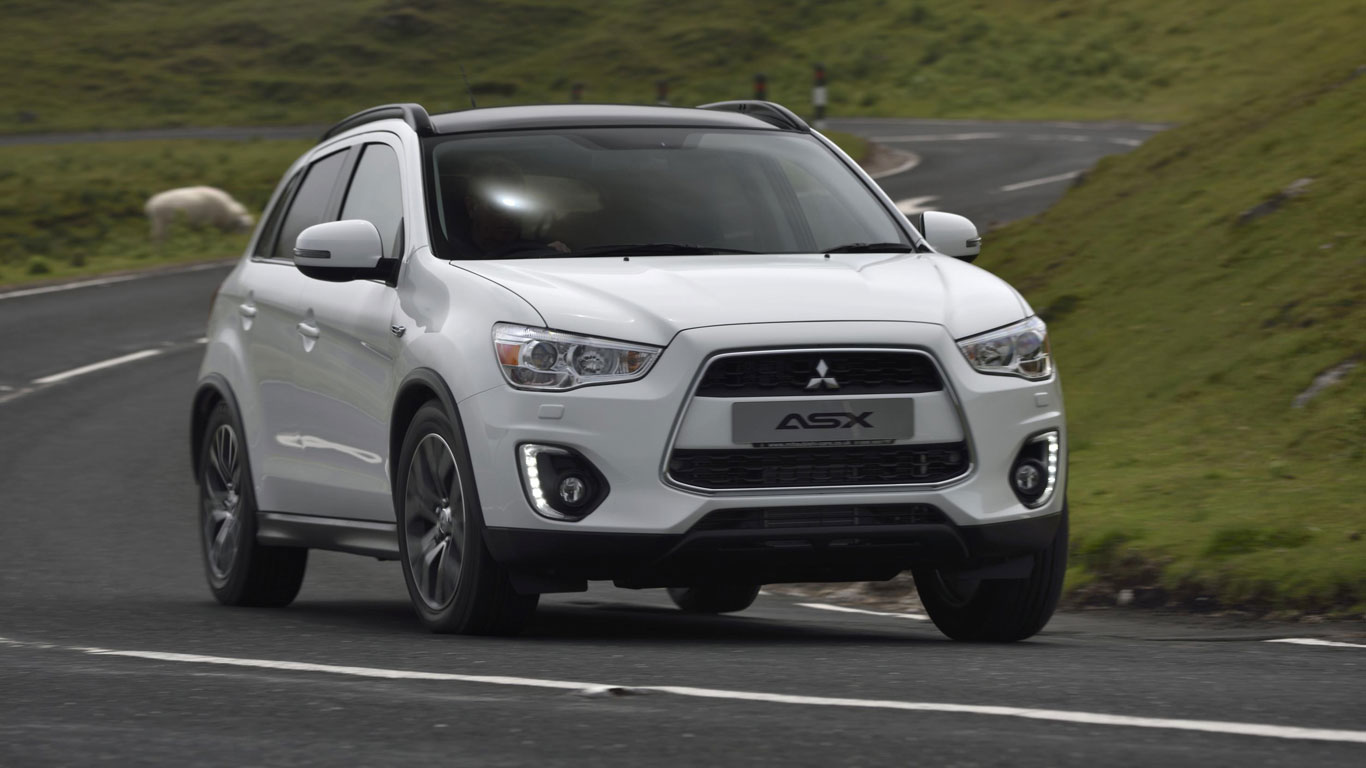 At the recent Paris Motor Show, Mitsubishi announced a series of enhancements for the ASX as it bids to halt the decline in registrations. Last month, registrations were down 36.3% compared to the same period in 2015.

The SEAT Ateca is the current darling of the SUV world and is the Spanish firm’s first foray into this lucrative segment. Prices start from £17,990 and it offers a huge 510 litres of boot space. We suspect the 2,847 registrations in September is just the beginning for the Ateca.

Given all the talk about the new Civic at the Paris Motor Show, you’d be forgiven had you forgotten the fact that Honda offers a range of other vehicles. The CR-V has been on sale a while, but still managed to record a 9.2% increase in registrations compared to the same period last year. 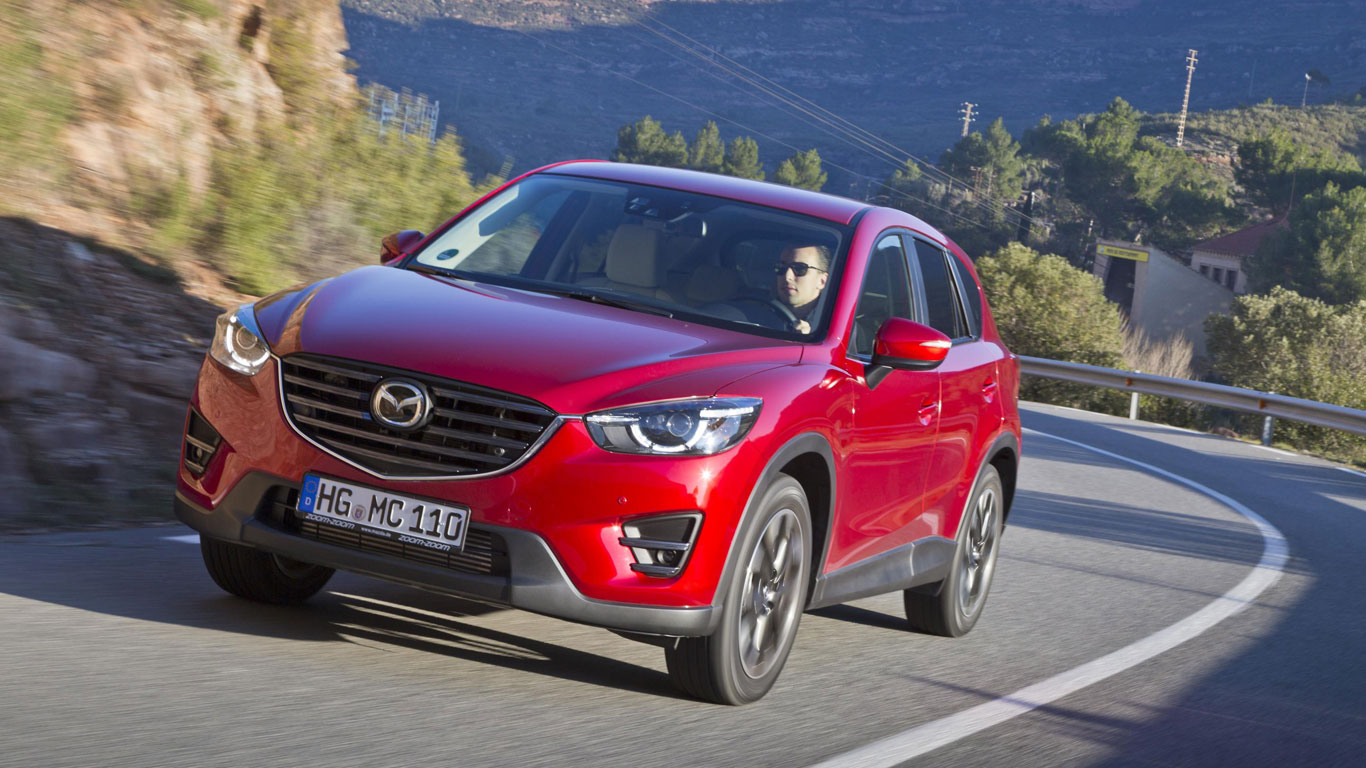 There are many reasons to like the Mazda CX-5: it looks great, is good to drive and is blessed with a tech-laden interior. Little surprise, then, to discover registrations are up 3.0% compared to September 2015.

A rise 3.0% rise? Pah, the Toyota RAV4 laughs in the face of such a pitiful performance. The RAV4 recorded a 114.9% increase in registrations compared to the same period last year, although this might suggest it didn’t enjoy a great summer in 2015. It’s no longer the innovative crossover-SUV it once was, but the hybrid version gives it added appeal.

Second generation syndrome just kicked in, yo. The 897.6% increase in registrations is impressive, but you can put this down to the fact that the second generation BMW X1 arrived last summer. 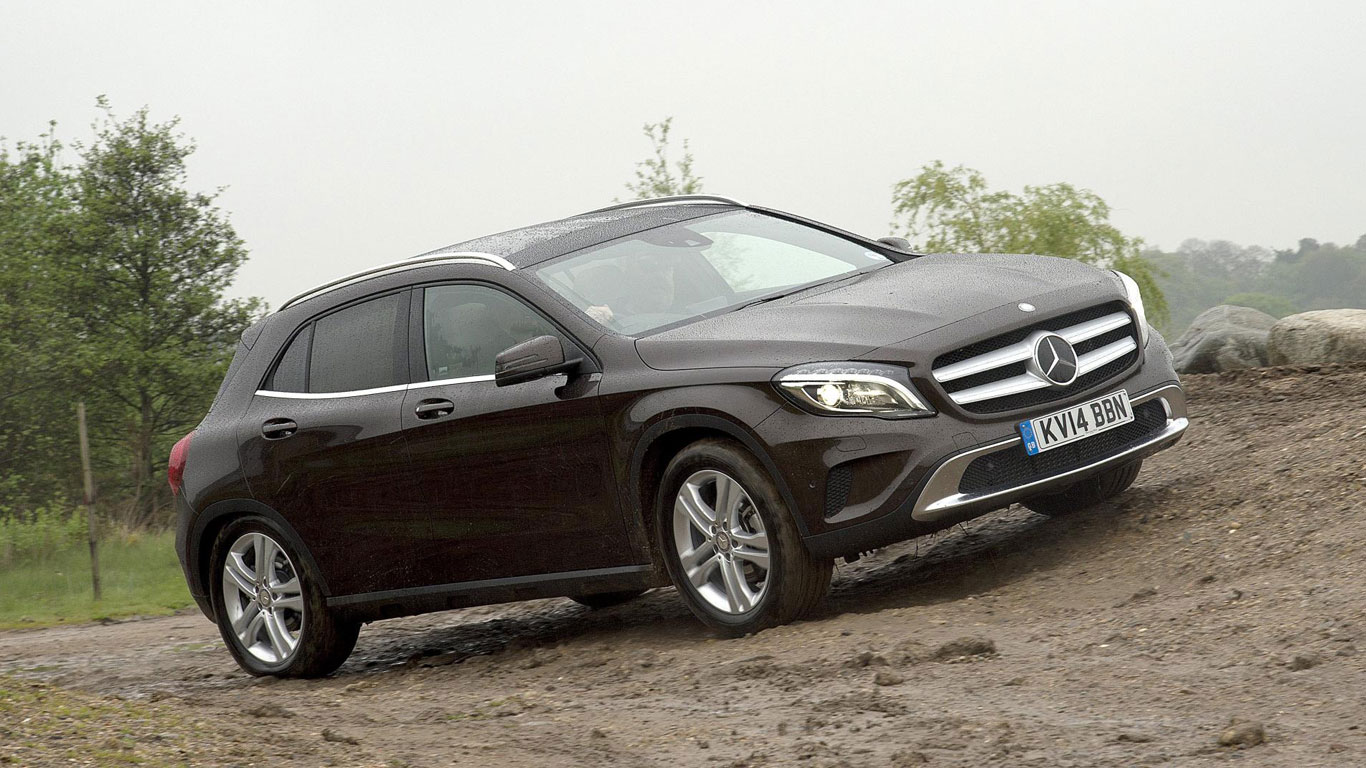 Proof that you don’t need good looks in order to succeed: Mercedes-Benz managed to shift 6,225 GLAs in September 2016, an increase of 9.6% compared to this time last year. Prices start from £25,260.

Little surprise to see a 1.1% fall in Audi Q3 registrations, with the majority of customers waiting for the arrival of the refreshed model (pictured). An increase in overall prices is offset by an improved specification and a new Black Edition at the top of the range.

The Range Rover Evoque remains as popular as ever, with registrations up 146.3% compared to September 2015. It’s now the best-selling premium compact SUV, taking over from the soon-to-be-enhanced Audi Q3. A new Evoque Convertible is available for those who like a little less roof. 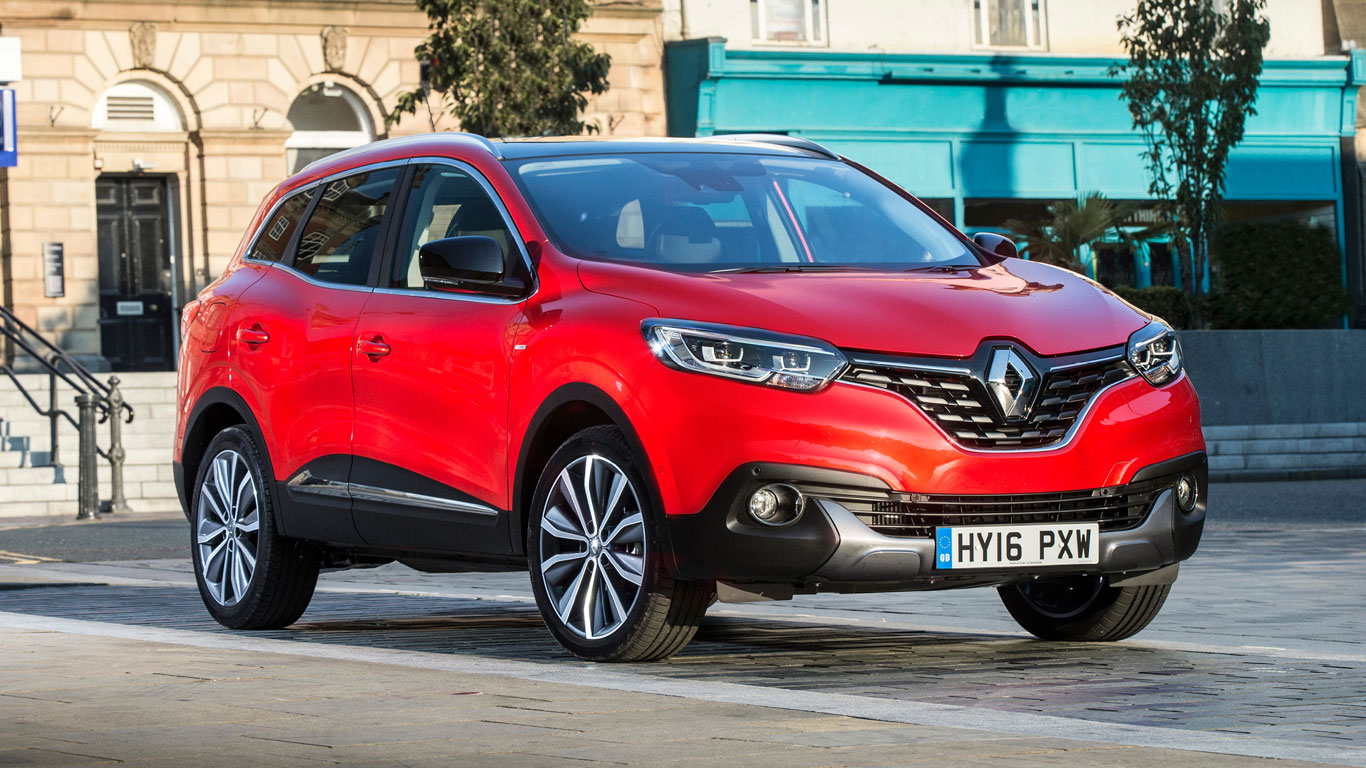 The first car on our list to break the 10,000 mark is the Renault Kadjar, which is incredibly popular in France. Underneath the Renault exterior you’ll find the platform from a Nissan Qashqai, so it’s little surprise to see it performing so well.

Staying ahead of the Kadjar, but only just, is the Kia Sportage. The fourth generation Sportage was unveiled at the 2015 Frankfurt Motor Show and – thanks to its seven-year warranty – it remains one of the most popular compact SUVs in Europe. Can it hold off the challenge of the Kadjar for another month?

Sitting just outside the top three is the Hyundai Tucson, with registrations up 132.0% compared to September 2015. It deserves all the success it gets, because the Tucson is a highly convincing SUV, especially in Premium and Premium SE trim levels. 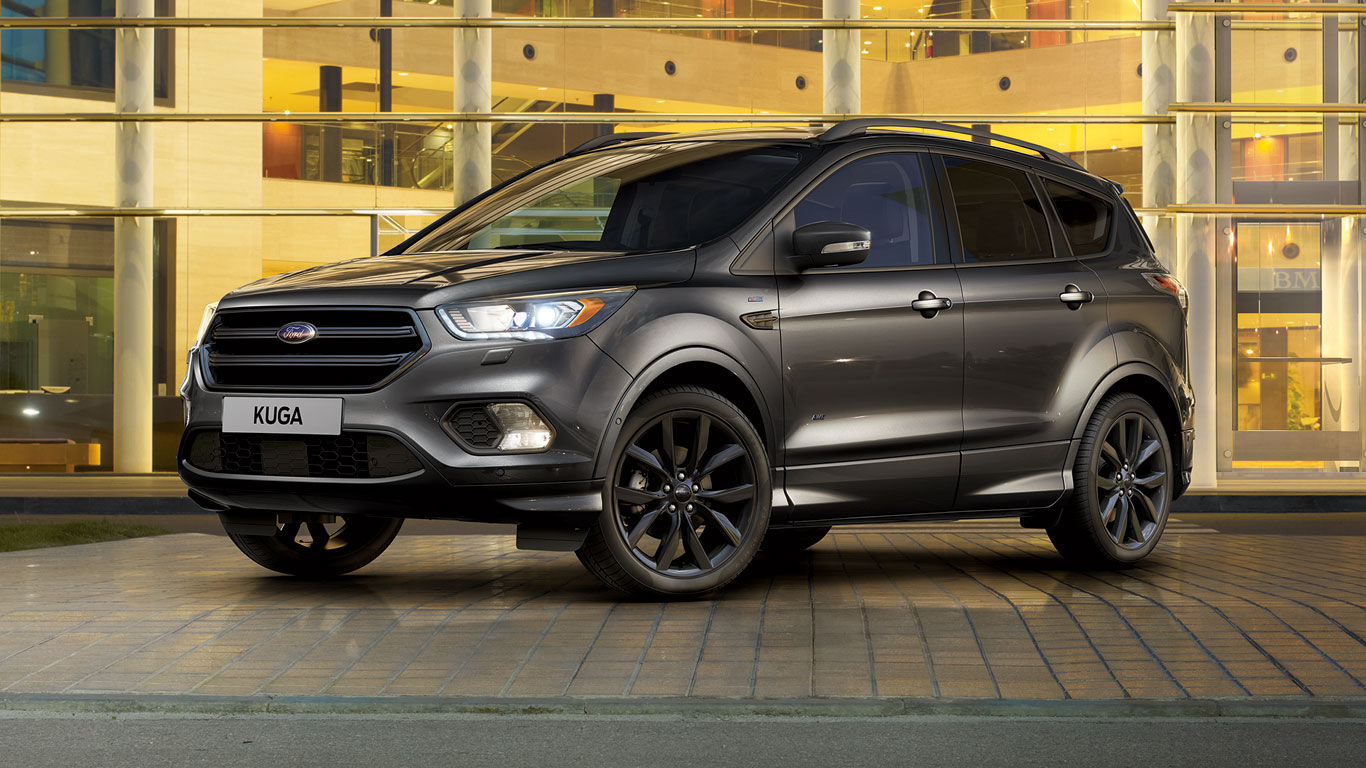 Ford sees a real future in crossovers and SUVs, launching a three-pronged attack in the form of the EcoSport, Kuga and Edge. The Kuga is leading the way with a remarkable 13,102 registrations in September 2016, an increase of 55.8% compared to the same period in 2015.

What a difference a new model can make. The previous generation Volkswagen Tiguan had been on sale for close to a decade, so a new version was long overdue. The new version has hit the ground running, with registrations approaching 17,000. That’s a 33.1% increase compared to the same time last year.

All of which leaves the Nissan Qashqai to retain its crown as the king of the compact SUVs. It couldn’t quite break the 20,000 mark, while a 2.9% increase in registrations is way behind its rivals in the top seven. Are the Qashqai’s peak years behind it? A 4.59% fall in segment share suggest they could be.