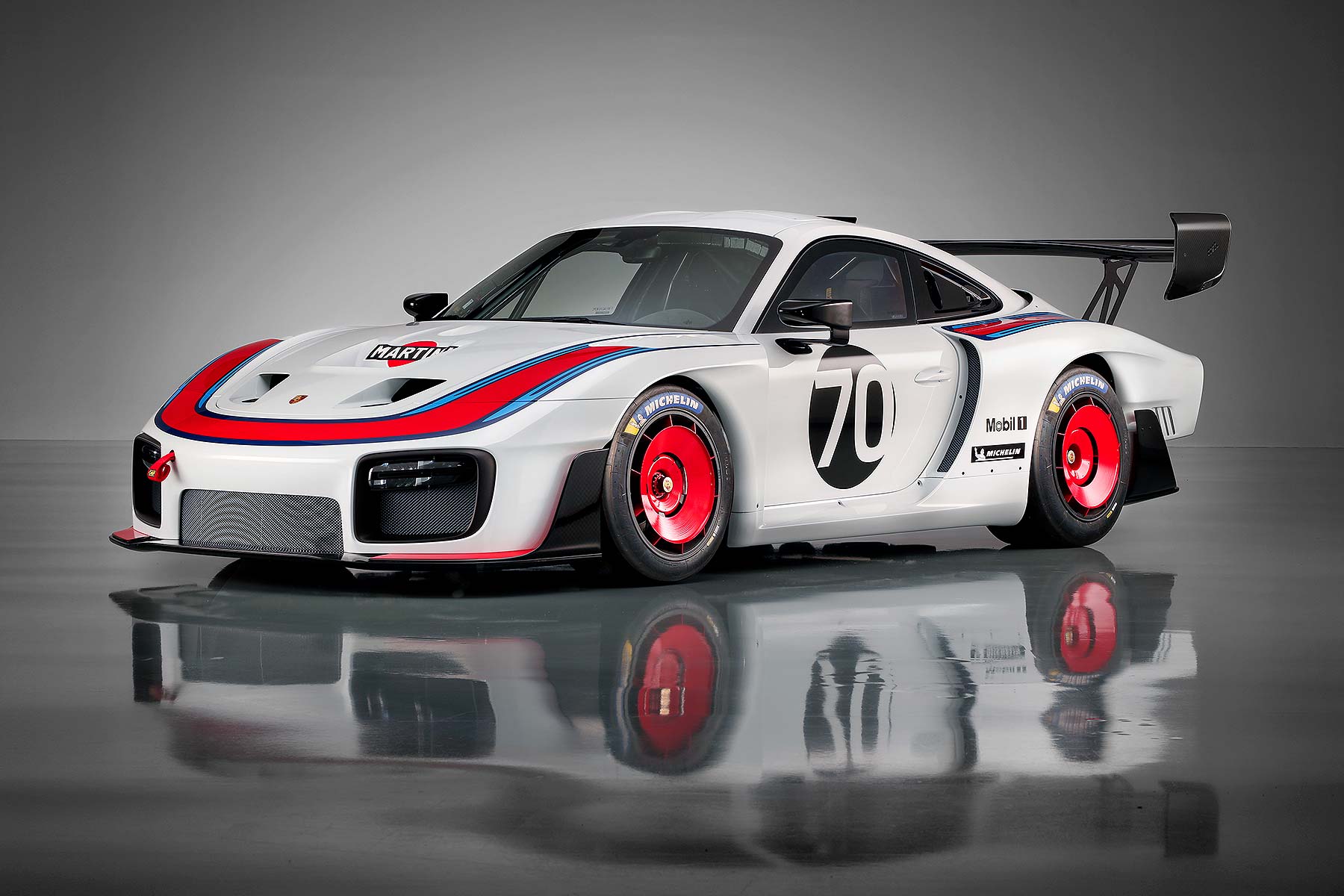 Porsche has stunned motorsport fans by recreating one of its racing legends as a modern day retro homage. The new Porsche 935 is inspired by the 1978 935/78 Le Mans racer that was famously nicknamed ‘Moby Dick’.

Revealed at the exclusive Rennsport Reunion event in Laguna Seca, California, Porsche calls the Martini-liveried car a gift to motorsport fans – and 77 people with £750,000 to spare will actually be able to buy one. 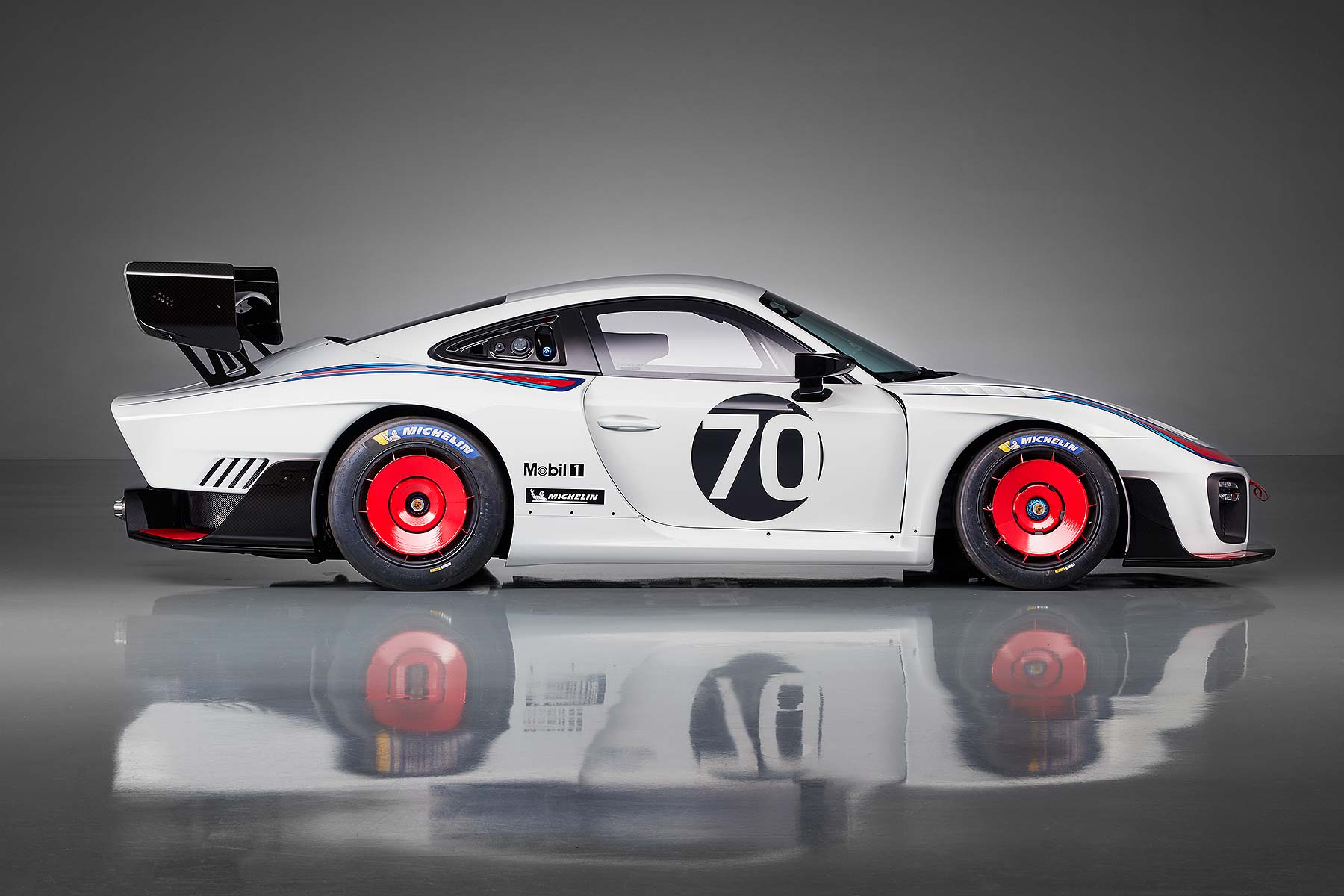 Loosely based on the Porsche 911 GT2 RS road car, the new 935 edition has a fully bespoke body made from carbon fibre composites, with a super-elongated streamlined rear among its most dramatic features – carrying a gigantic (and functional) rear wing, it sees the retro racer homage stretch almost 4.9 metres long – almost as long as a Range Rover Sport.

And at 2.03 metres wide, it’s actually wider than a Range Rover… 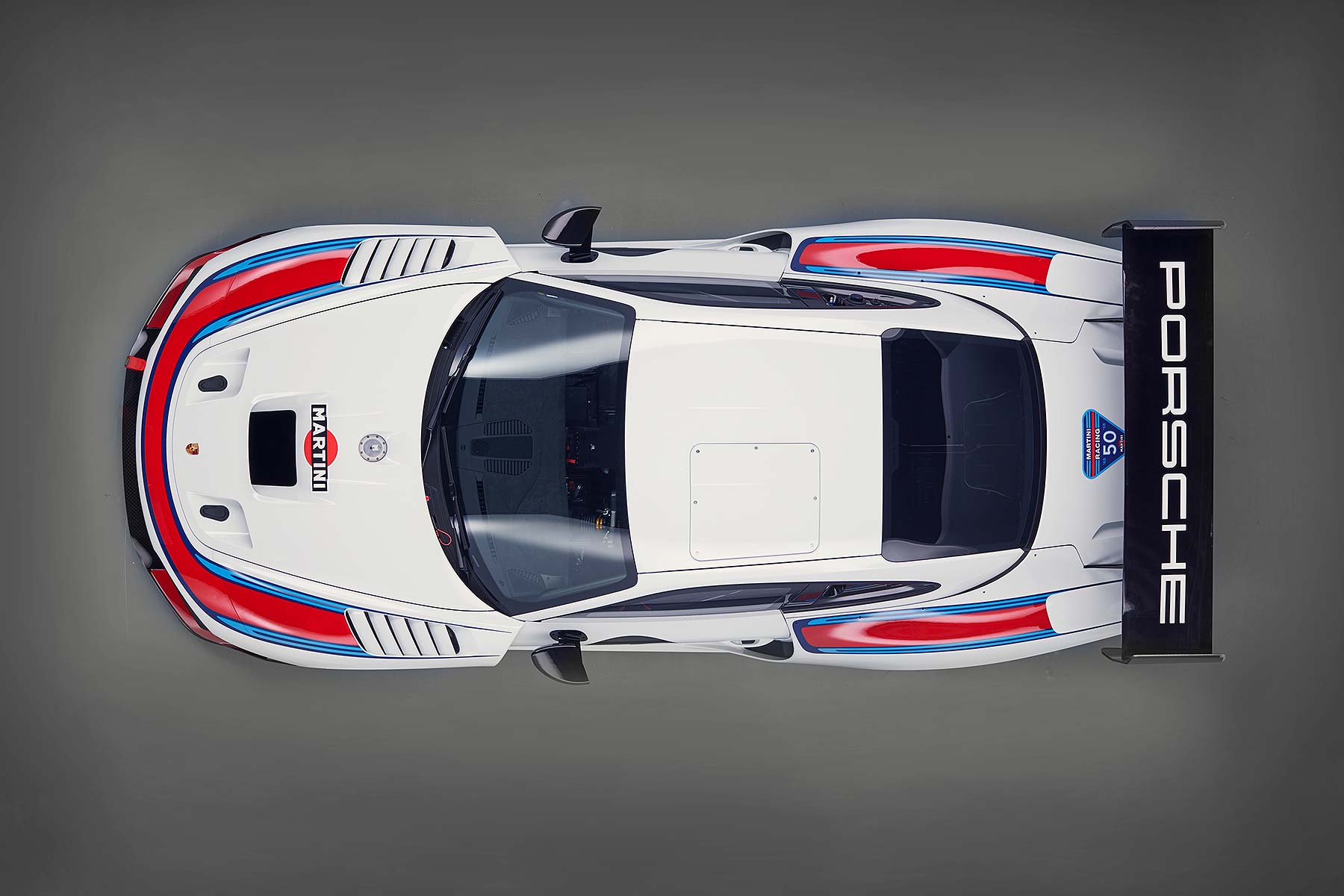 It has the same vented front wings as a Porsche 911 GT3 R racing car, aero wheels that reference the 935/78, side mirrors from the modern Le Mans-winning 911 RSR, titanium exhausts referencing the 1968 Porsche 908 and modern motorsport-spec LED lights on the sides of the rear wing similar to the modern 919 Hybrid LMP1 racer. 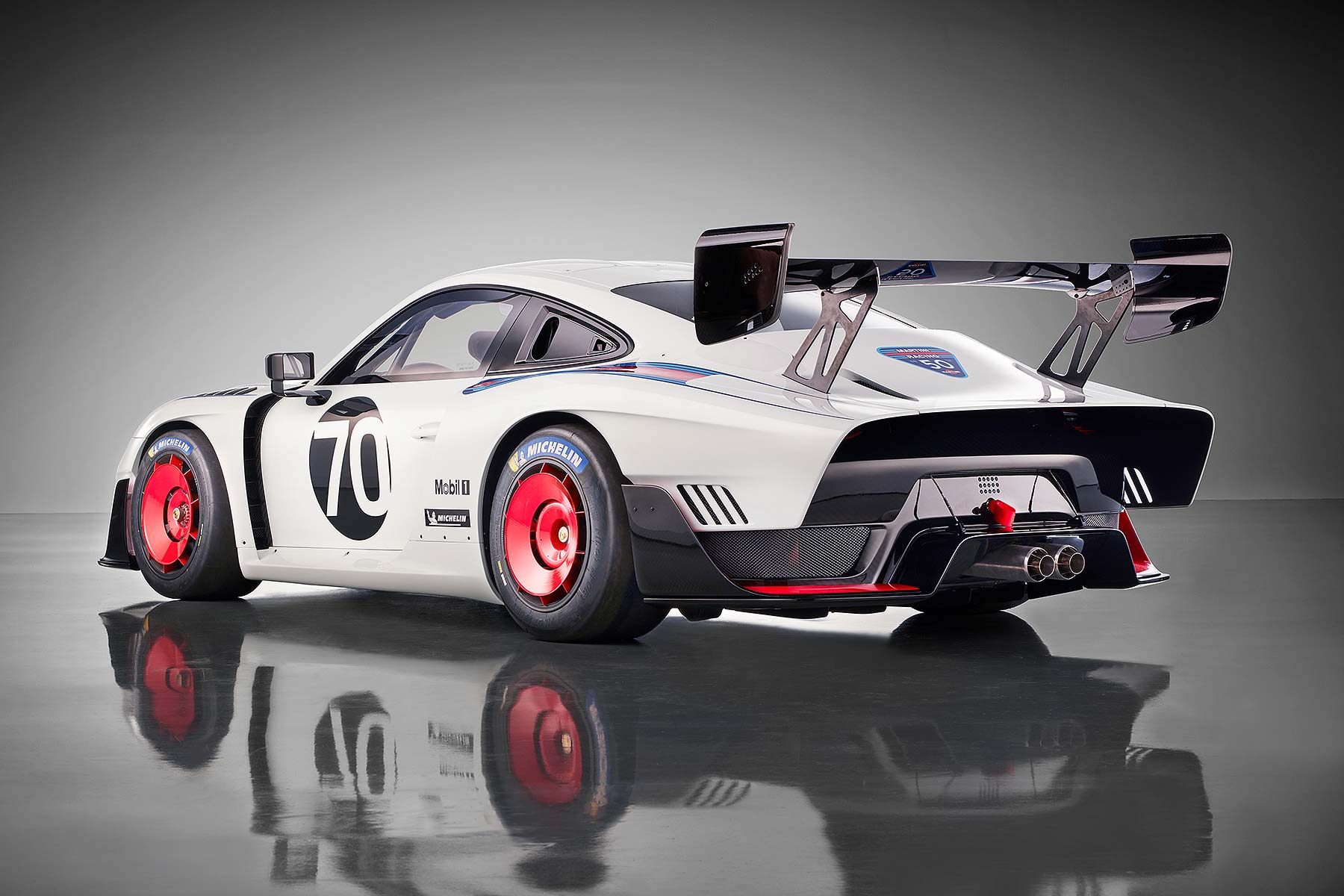 It’s simply incredible: “Because the car isn’t homologated [and thus not road-legal],” said Porsche motorsport vide president Dr Frank-Steffen Walliser, “engineers and designers didn’t have to follow the usual rules and thus had freedom in development.” 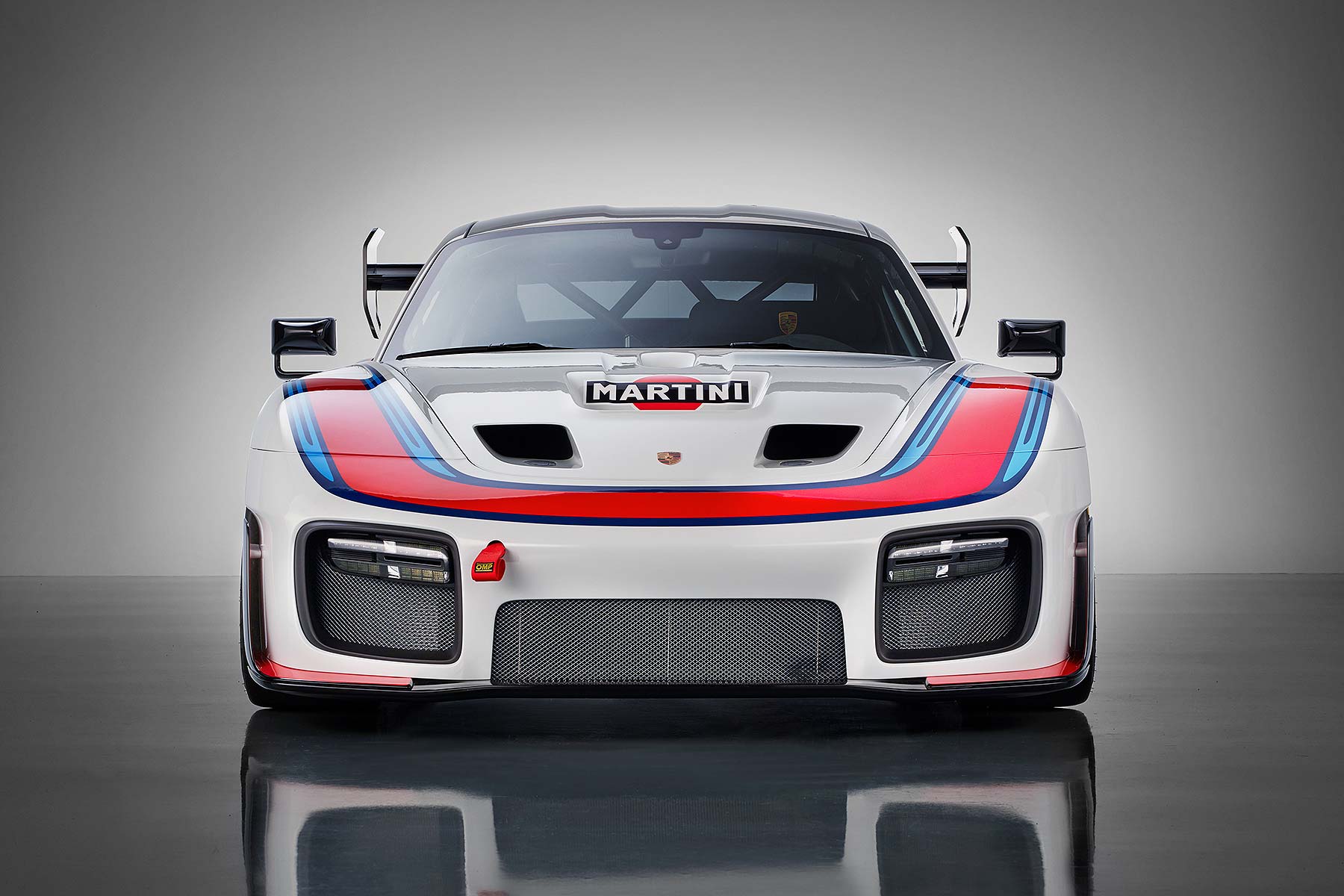 Inside, it’s similarly epic. If you squint, you can see the 911 base – but it’s well hidden by a full race makeover, including a carbon fibre steering wheel and display from the 2019 911 GT3 R racer. 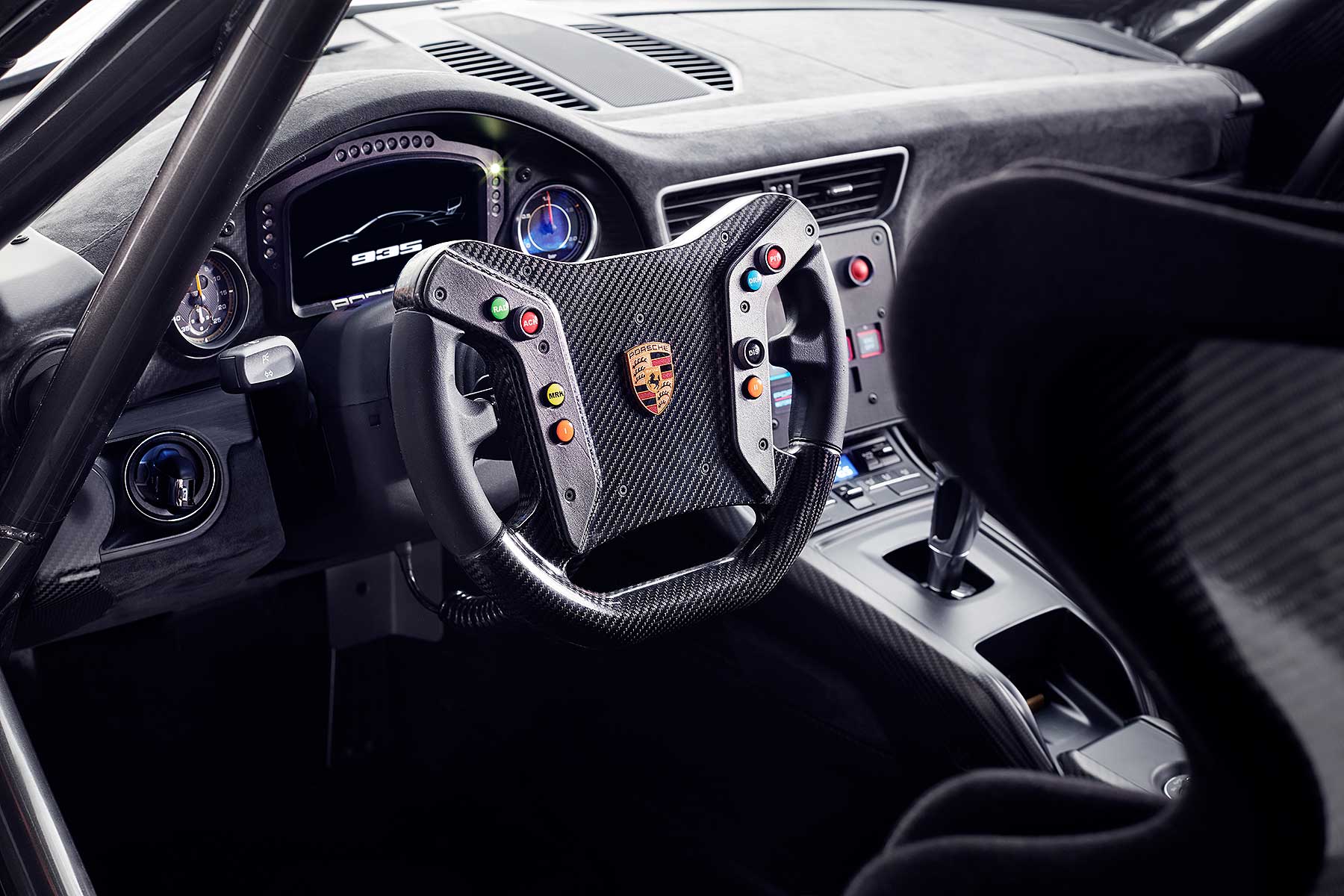 There’s a full racing roll cage and bucket seat, an optional passenger seat and a gorgeous laminated wood gearknob similar to classic racers like the 917 and 909 Bergspyder. Like modern endurance racing cars, air conditioning is standard.

The gigantic 1.9-metre wide, 400mm deep rear wing may cap top speed, but it will make the car phenomenally able through corners – and more balanced at speed. 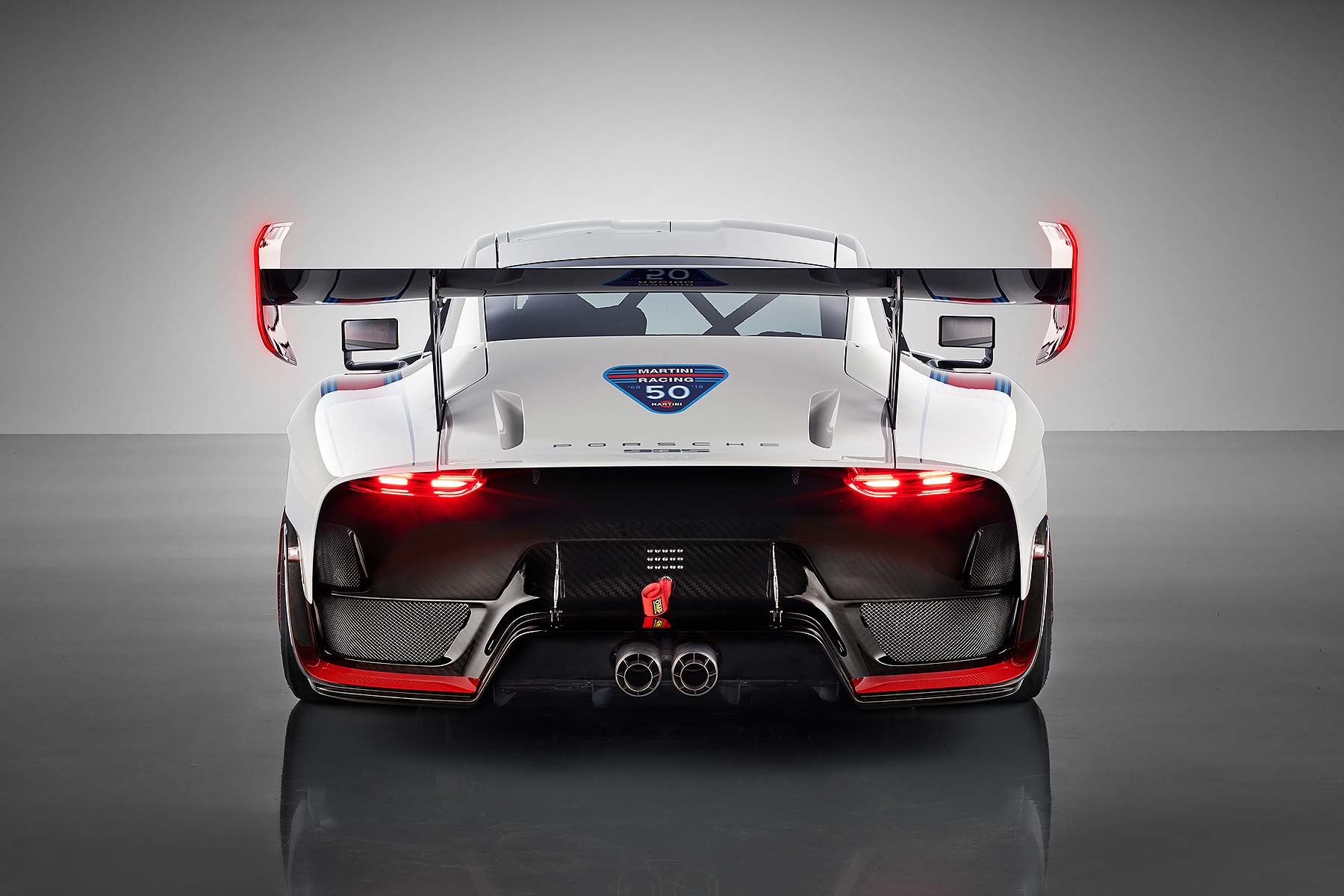 This stupendous racing homage is one of the final hurrahs for the current 991-generation 911. It’s been revealed at the Rennsport Reunion to mark 70 years of Porsche sports cars, and 50 years of the Martini brand in motorsport.

The 77 customers will receive their cars from June 2019 at “exclusive delivery events” – one of which, we’re sure, will be timed to coincide with the 2019 Le Mans 24 Hours on June 12th.

Moby Dick may not have won the world’s most famous endurance race back in 1978, but this 2018 celebration is every inch a winner in our eyes…

Minis and mini skirts on show at the Goodwood Revival

Beatlemania will hit Goodwood this September, as the Revival brings Swinging Sixties London to life in its inimitable style.
Read more
Opinion

Opinion: The days of parking kindness could be over

The rise in the number of car parks requiring a registration number before parking spells the end for a common British random act of kindness.
Read more

We explain how carry larger animals, such as dogs, in your car safely – including using a boot crate and seatbelt harness.
Read more
Advice