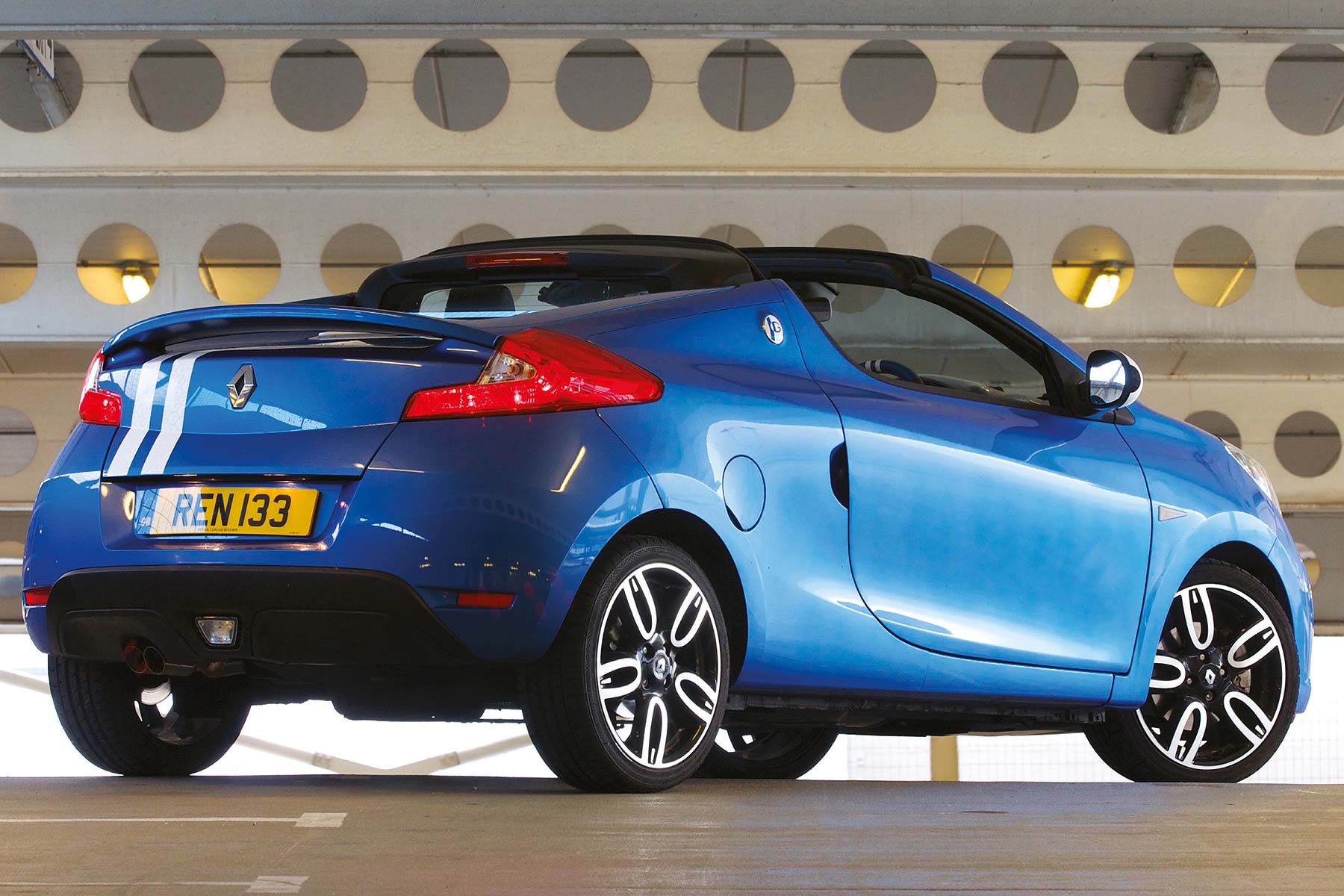 It probably wasn’t Renault’s plan to name one of its cars after a mildly unpleasant human condition, but the condition in question was what some people thought of when the Wind was mentioned.

Which is a shame, because wind of the wind-in-the-hair kind was what this dinky little Renault was supposed to be about. A completely reskinned and rather stylish two-seat machine based on the Twingo, the Wind also benefitted from RenaultSport tuned suspension.

It was a combination that promised some satisfyingly deft moments on country backroads, especially as both the engines offered were decently perky devices, one a turbocharged 1.2 of 100PS, the other a 133bhp variably-valve timed 1.6. 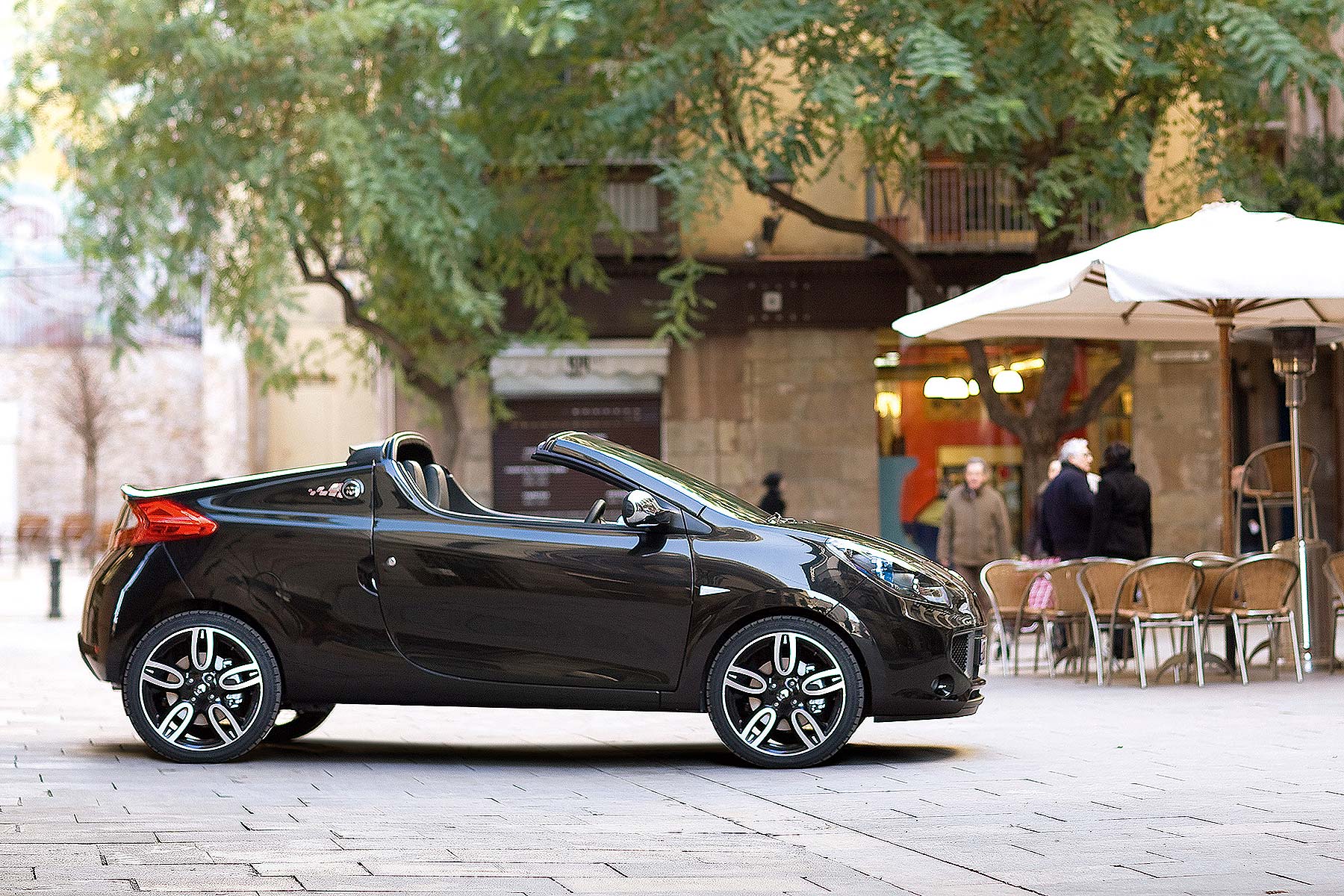 But the most intriguing thing about the Wind was its roof. Hinged at the rear, it would perform a 180 degree flip into the boot as an encore to the near-dizzying rise of its long rear deck lid, which lifted near-vertically to accommodate the Wind’s top. 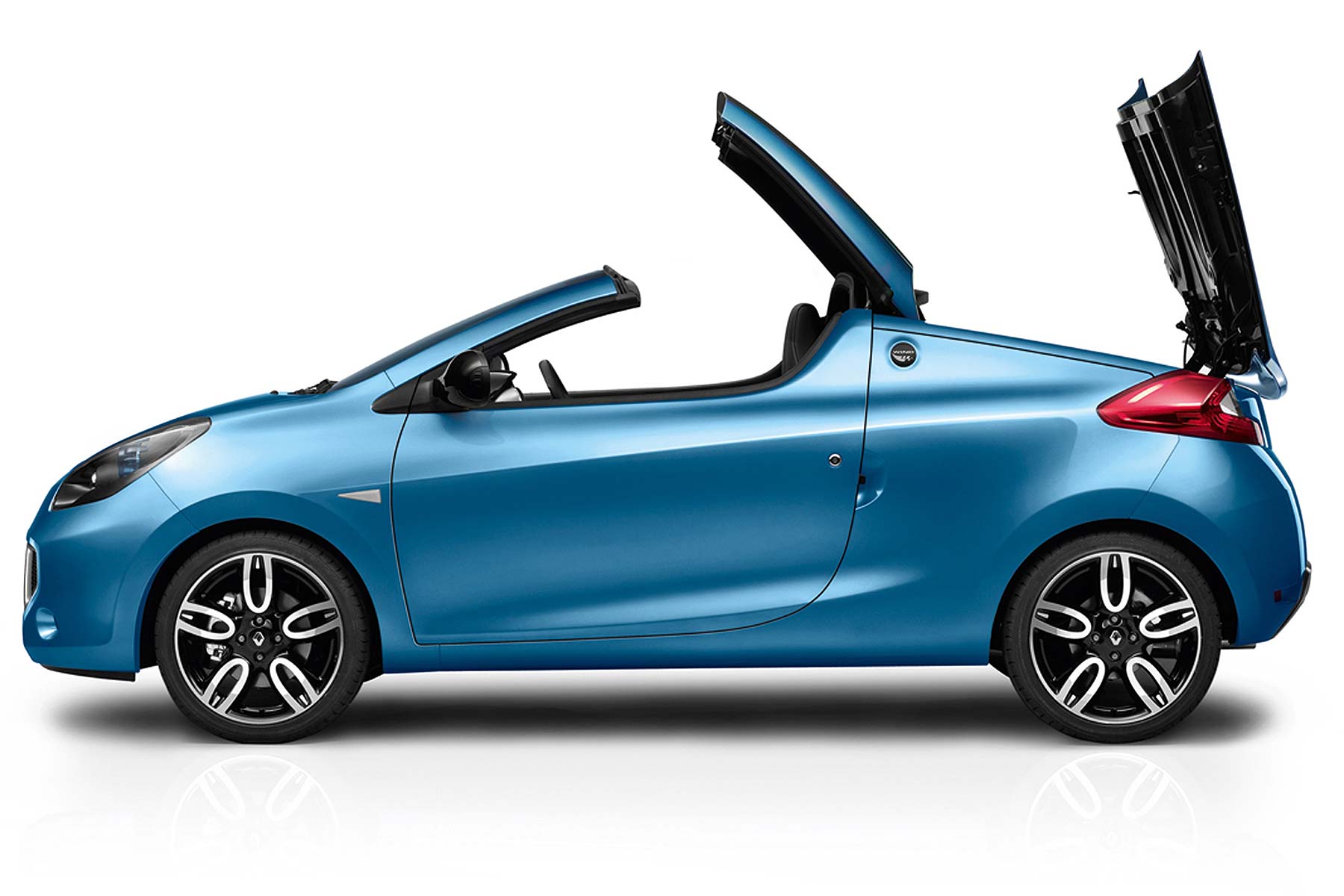 The whole process was automated and took only 12 seconds, although you needed to be stationary for the car to perform its lightly spectacular transformation. 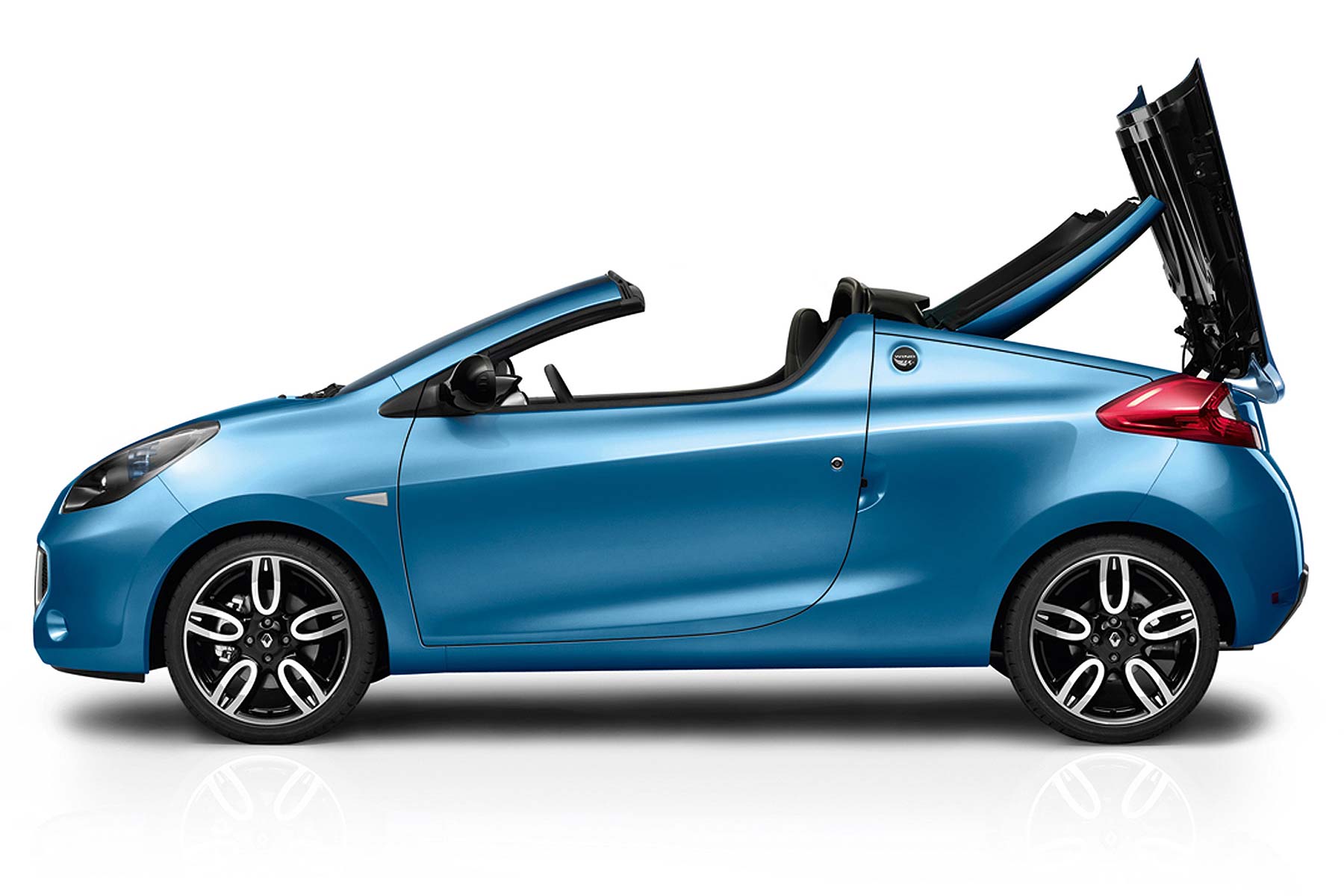 And this design avoided the humiliating surprise potentially suffered by occupants of Ferrari’s limited edition 550 Barchetta, whose flip-back roof simply folded onto the car’s bootlid. Come the sudden downpour, that rain-collecting lid could part-fill before spilling its contents over your head as you closed the car from the rainstorm above.

The Wind’s system was much better thought-through and would doubtless have been more expensive to make too, even if it was less complex than the folding roof of your traditional cabriolet.

Not cheap to develop 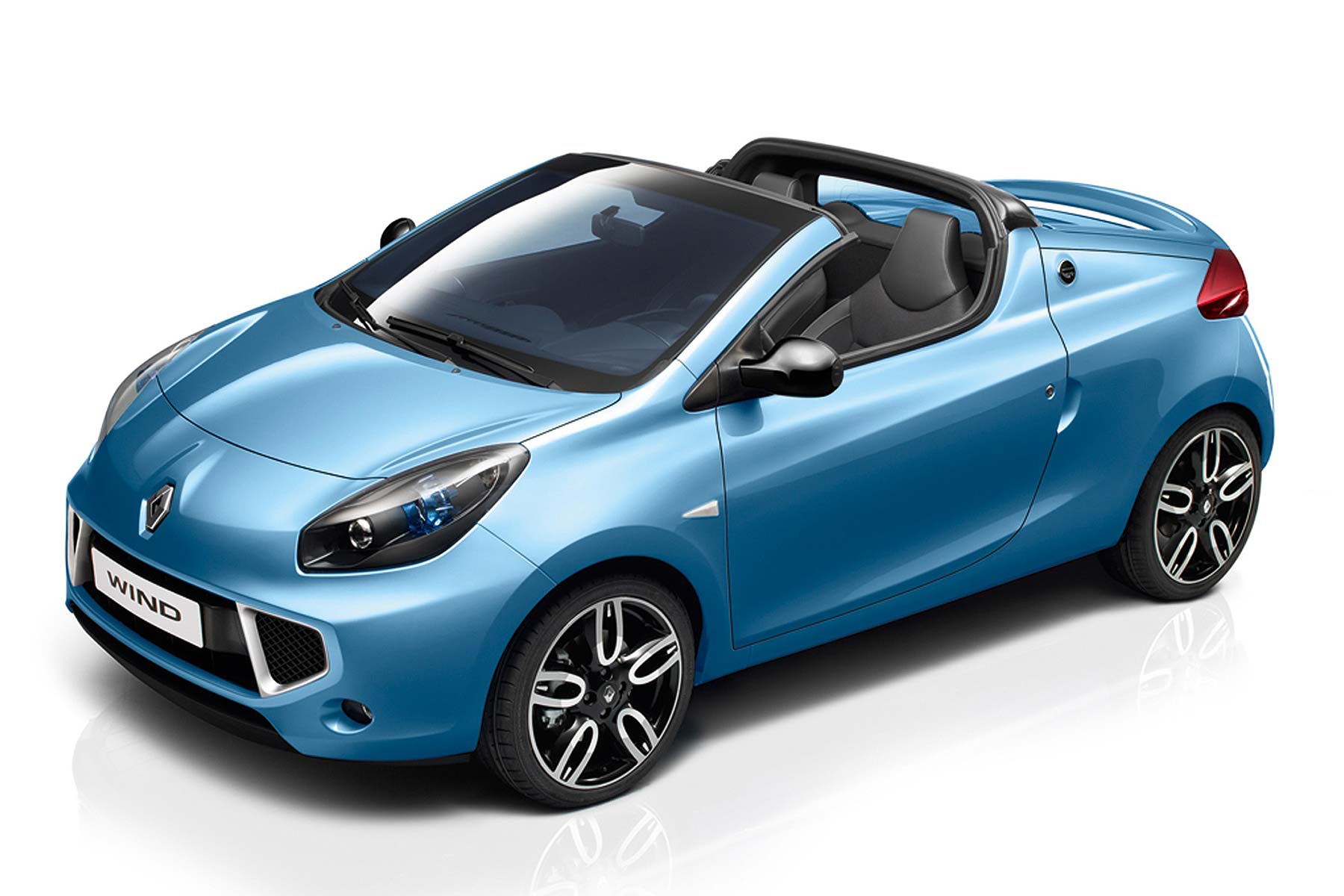 The entire Wind project can’t have been cheap to develop, in fact. Not only were no exterior panels shared with the Twingo, but neither was its interior, the car getting a bespoke dashboard, centre console and door trims.

It was just the kind of intriguing niche derivative that journalists often chivvy manufacturers to build, rave over briefly at launch, and then forget about. Your reporter is among the guilty.

And there was quite a lot to rave about. The Wind’s low weight – just 1173kg as a 1.6 – and well-sorted suspension produced an entertainingly nimble drive, its agility heightened by its small scale and relative peppiness.

In some ways the 1.2 turbo was the better buy, this engine generating barely any less torque than the 1.6, and earlier in the rev range. Carefully weighted, well-placed pedals, a slickety-snick gearchange and revvy engines made a modest entertainer of this Renault, even if it wasn’t blazingly fast. 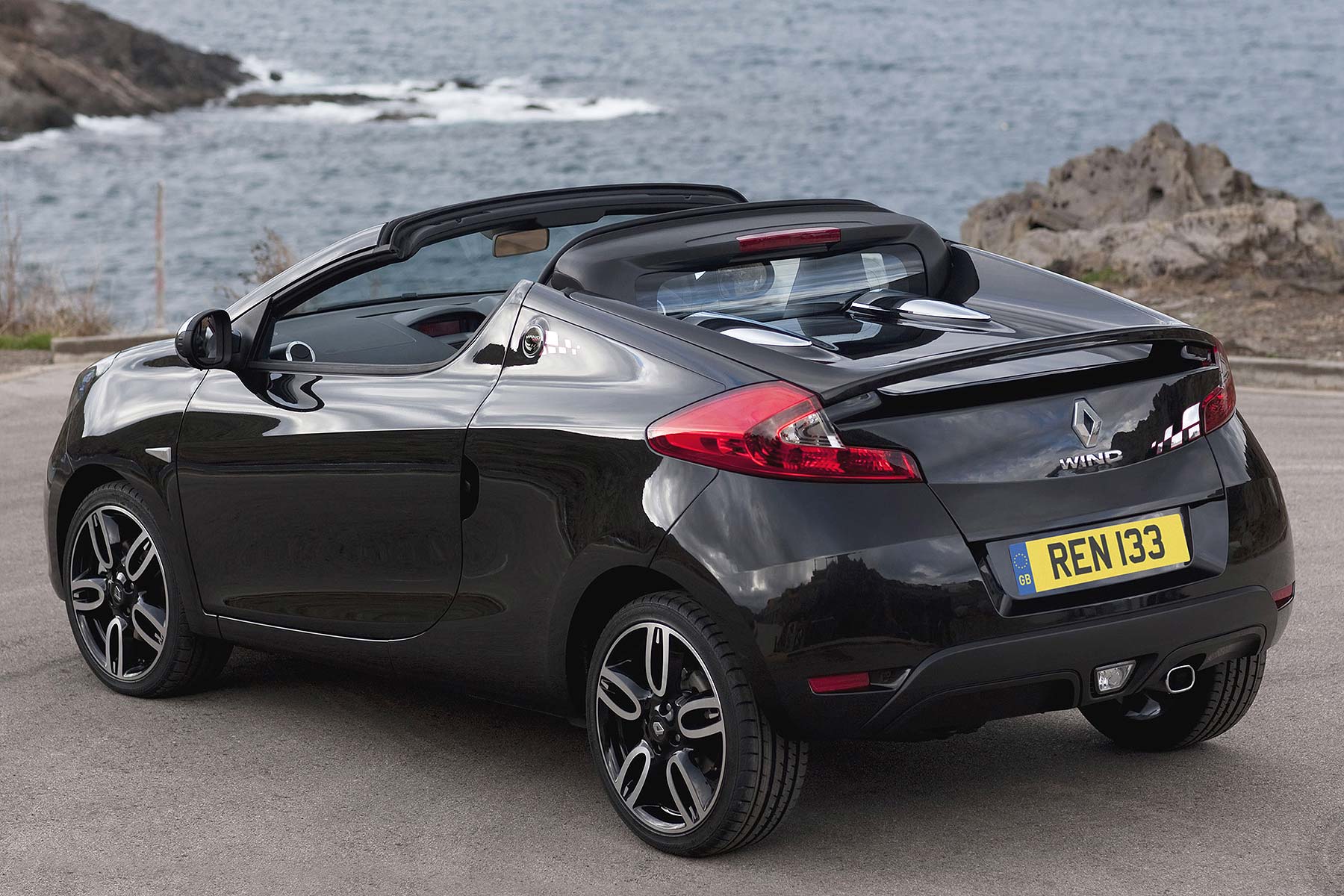 Windy downsides? Despite being an open-top car, this Renault’s curiously high flanks, big and steeply raked windscreen and small roof meant that you didn’t feel particularly exposed to the sky above, even if you dropped the windows.

Its steering was a bit too numb, the 1.6 motor needed a lot of revving to give its best and the road noise yelling from its mildly fat tyres could be enough to have you longing to get out. The will to escape was not countered especially strongly by the Wind’s interior, either. 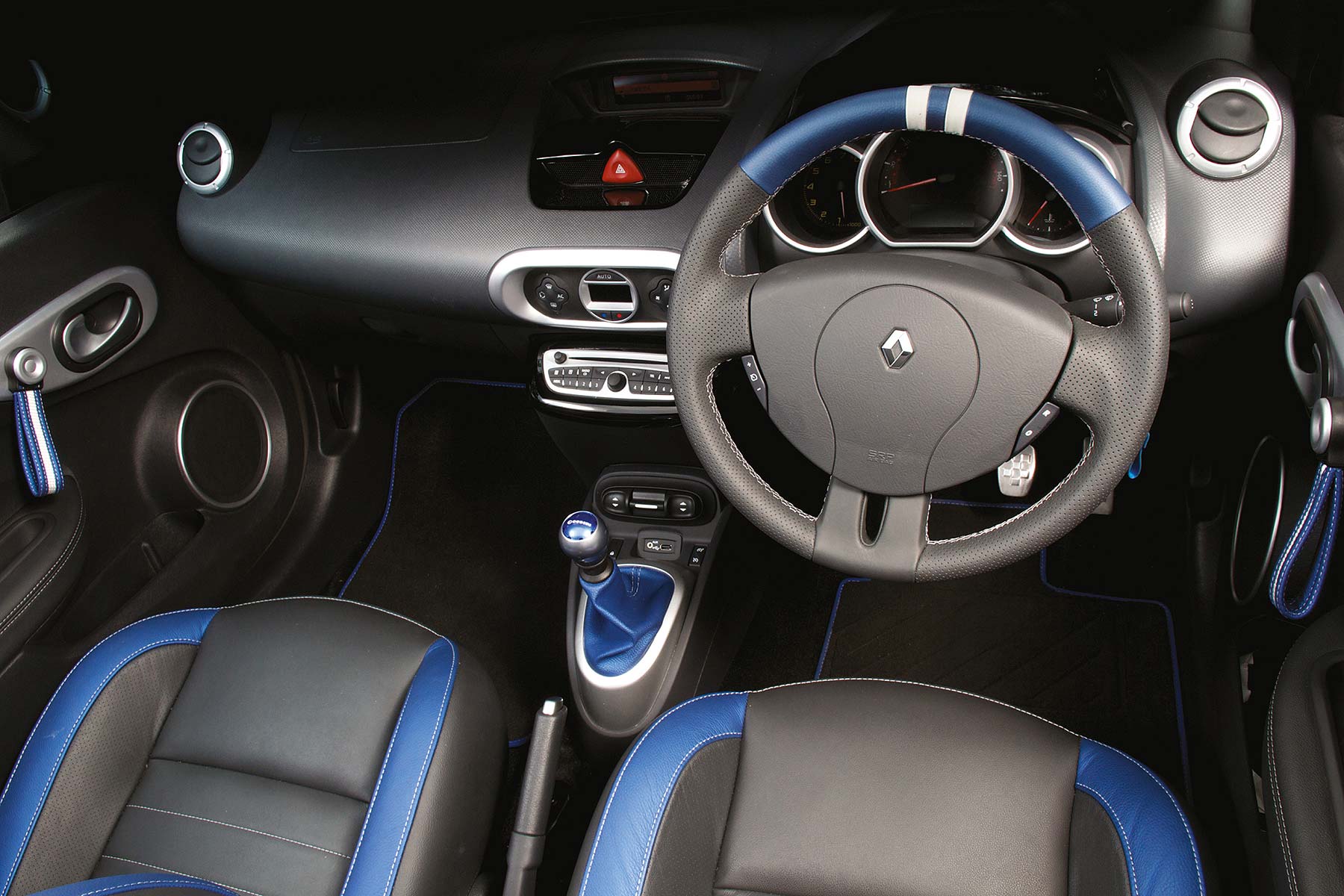 It may have been bespoke, and flaunted an instrument binnacle shrouding some rather sexy dial shrouds, but the low-grade plastics surfacing much of its cabin were almost as disappointingly as the steering wheel, which could have come from one of Renault’s vans.

But for all that it was quite an agreeable car, a lot more fun than your average cabrio on the right roads, and it looked pretty different. Renault launched the Wind in the middle of the summer of 2010 with prices starting from £15,500 and a range of no less than six models, later expanded when the GT Line and Gordini were added.

That turned out to be a lot of derivatives for relatively few buyers, the Wind’s life abruptly cut short by the sales and profitability crisis engulfing Renault UK during 2011. 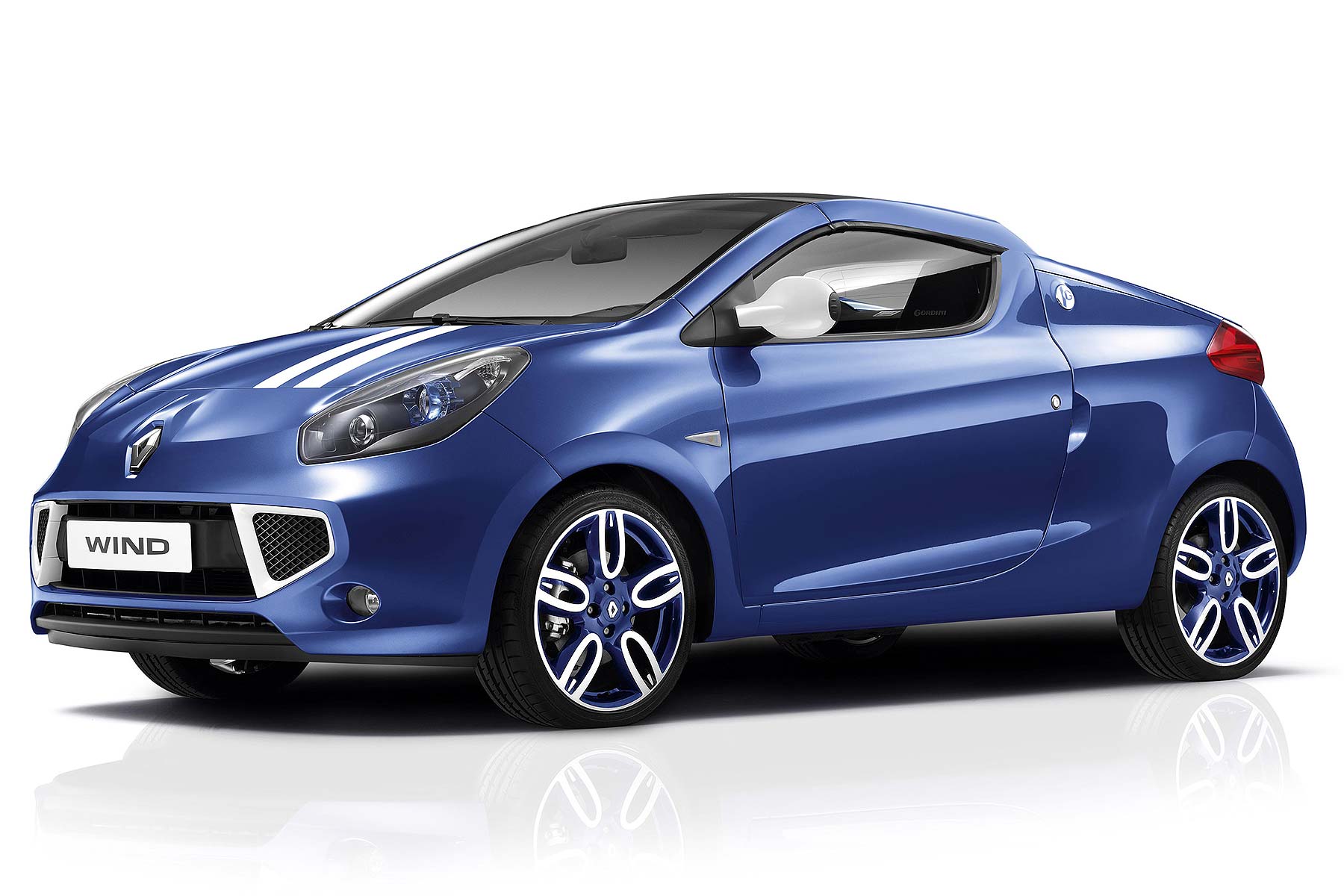 A persistently unfavourable pound-to-euro exchange rate meant that models had either to be sold at a loss-making competitive price, or the reverse. And the effect was to trigger a sharp decline in sales and profits, prompting Renault’s UK managers to initiate a rather brutal cull of their range.

All the company’s low volume models were to be deleted, including several supposedly high-volume cars that weren’t, like the Laguna, Modus and Kangoo, besides the niche Wind and Espace.

So early in 2012, after not much more than 18 months on sale, Renault’s unusual sports two-seater had gone from the UK, and would only live another year in mainland Europe, being deleted in June 2013.

The result was that the Wind made as much impact on the British car market as the softest zephyr nuzzling a doldrum-marooned yacht. Only 2300-odd were sold, because the Wind’s UK life was cut short. 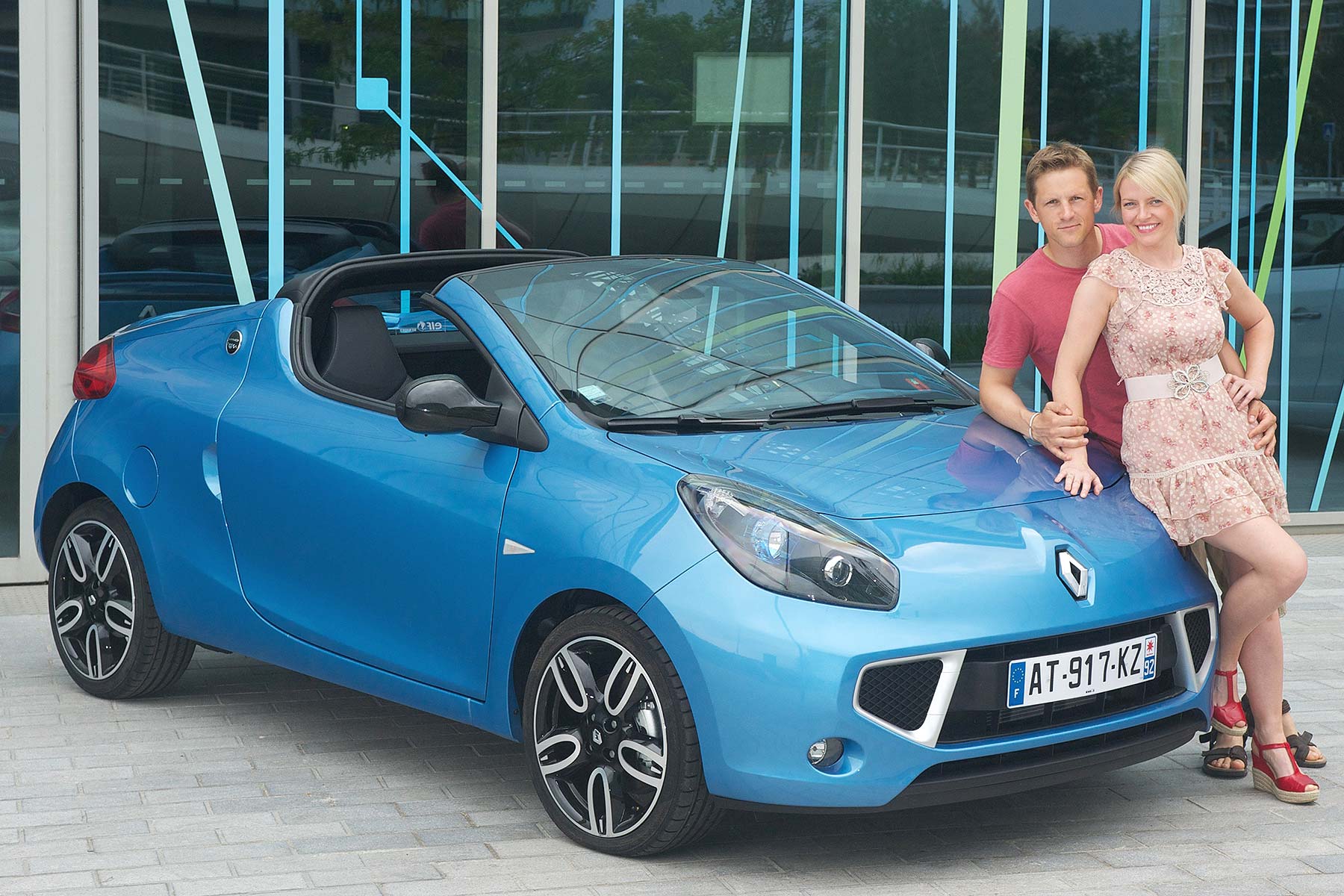 Like many specialty models it was a bit of a firework car, sales climbing high at first, only to fall to earth like a spent rocket. You could see that in its sales graph, the Wind initially registering around 300 sales per month, then 200, then 100 by the end of 2012. So it was already fading out when it was dropped.

That Renault also terminated around a third of its dealers around this time can’t have helped, but neither did the Wind’s slightly effete look, which ran counter to its more dynamic innards. It was not a bloke’s car, and that closed it off to plenty of sales.

Now it’s almost forgotten, unsurprisingly given that the already small pool (or should be whirl?) of 2300 Winds is now being reduced by attrition. You don’t often see one.

For Renault the Wind was ultimately an ill one (sorry), but the good news is that the company has not been discouraged from selling niche models, the next to arrive stemming from the rebirth its sporting Alpine marque.