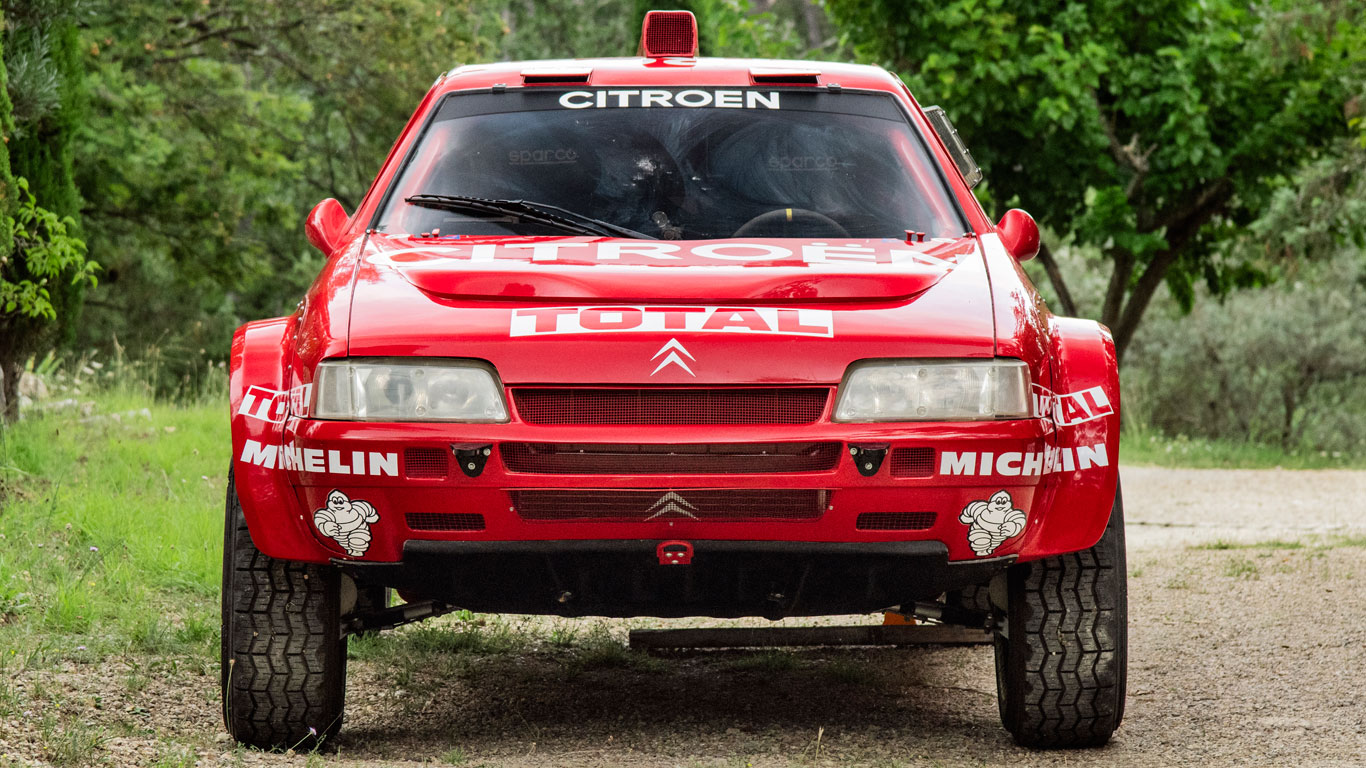 Around 65 classic and vintage French cars will go under the hammer at the Leclere Motorcars sale later this month. The sale will feature rare and exotic Citroen, Peugeot, Simca and Talbot vehicles, including a movie star Peugeot 406, a rallying Citroen ZX and an extremely rare Simca 8 Gordini. Here are some of our favourite lots. 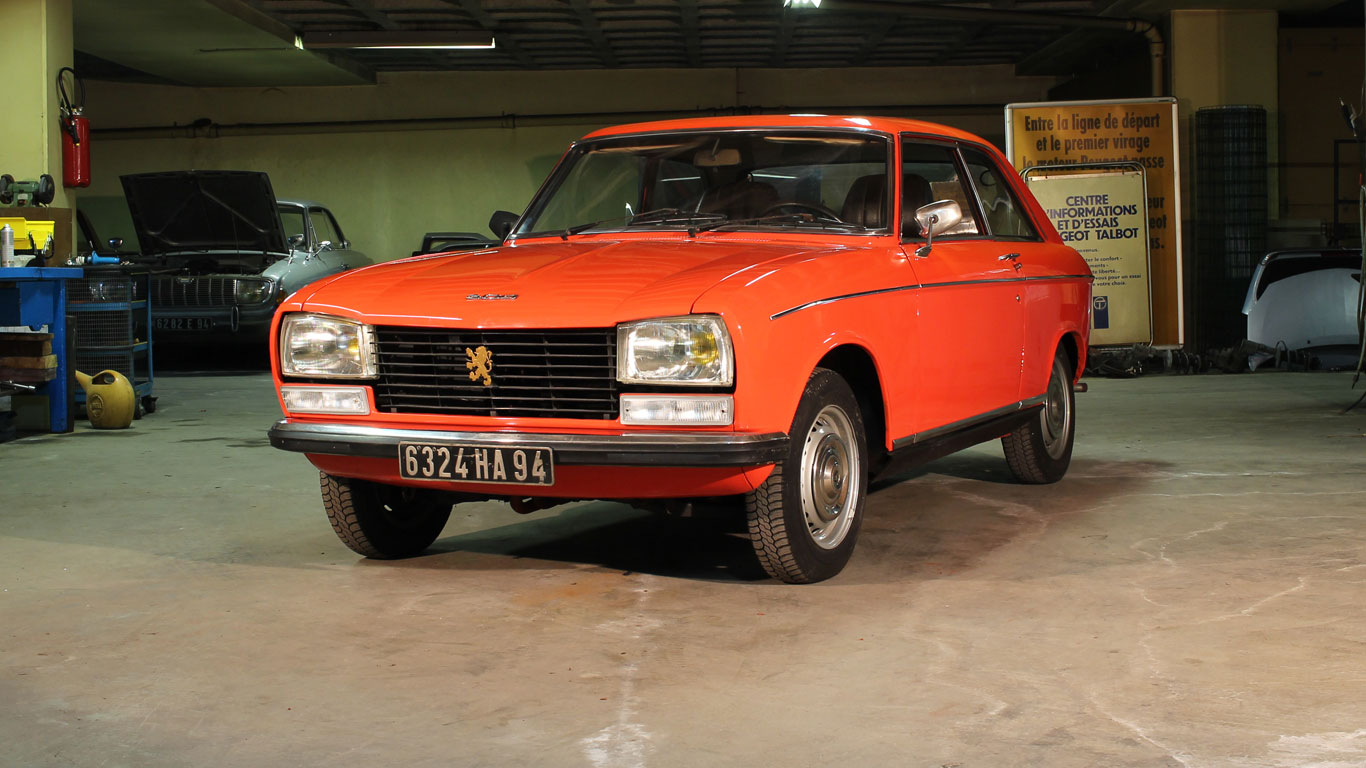 There was a time, not too long ago, when Peugeot had a knack of making the mundane look beautiful. The 304 is a case in point, especially in Cabriolet form, or in this case, the stylish Coupe. You can thank Pininfarina for the elegant lines. This 1978 example was restored in 1995 and dry-stored at a Peugeot dealer. 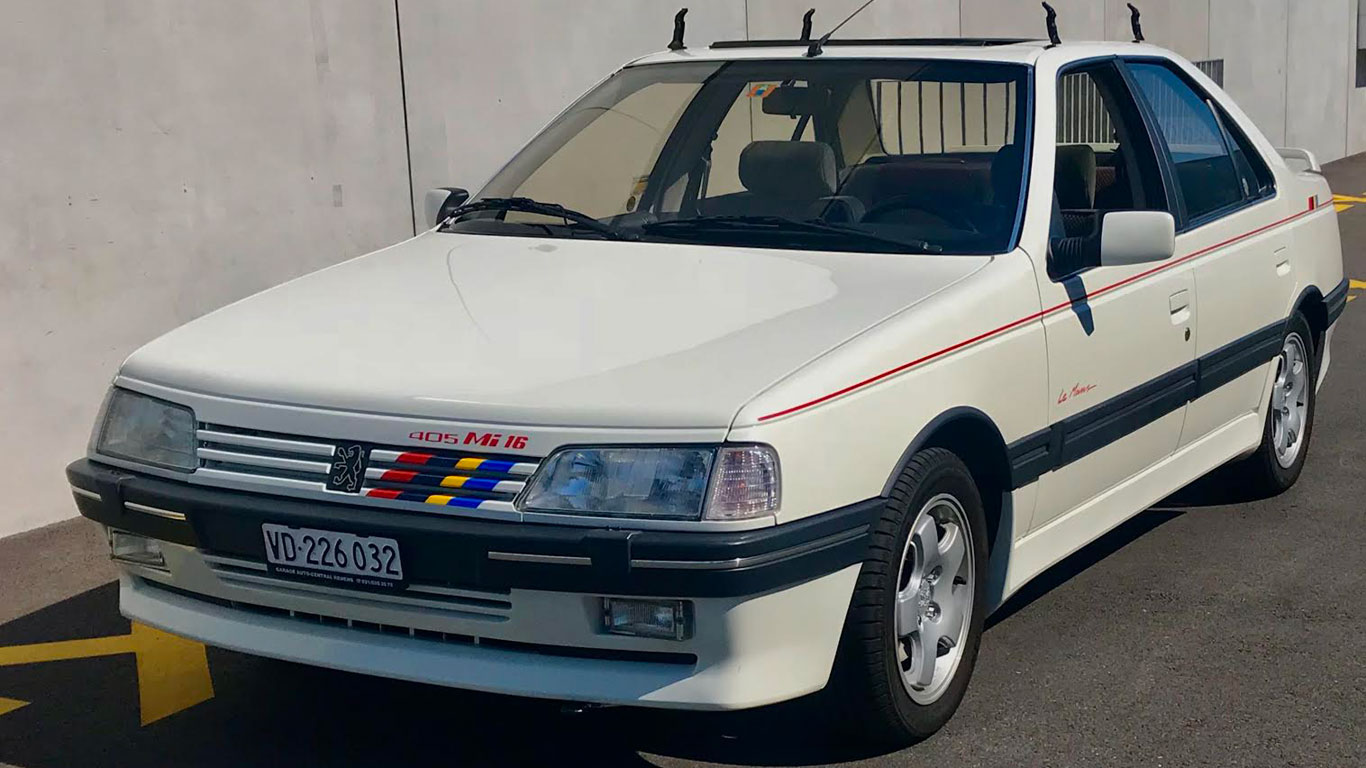 Even in standard form, the Peugeot 405 was one of the best drivers’ cars in its segment, but nobody could have predicted quite how good the Mi16 would be. At its heart was a new 16-valve engine, which combined with a brilliant chassis to create one of the best performance cars of the 90s. This 1992 Swiss-market Mi16 Le Mans, in white, rather than the familiar Diablo Red, has covered 65,000km and is said to be in exceptional condition. 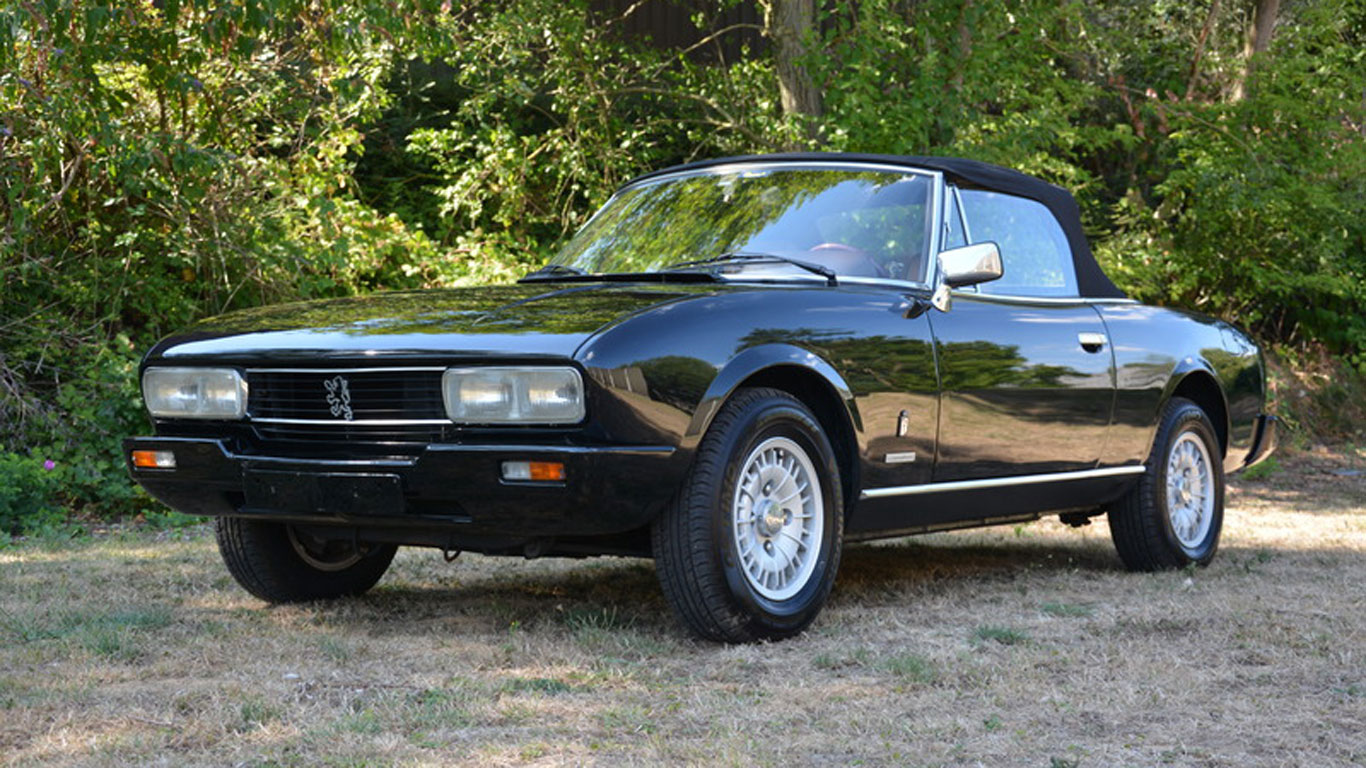 Launched in 1968, the Peugeot 504 was one of the most versatile and dependable cars to emerge from France. In the Coupe or Cabriolet guise, it was also one of the most beautiful. This late 1983 example offers four full-size seats, elegant Italian styling, classic French charm and a delightful interior. 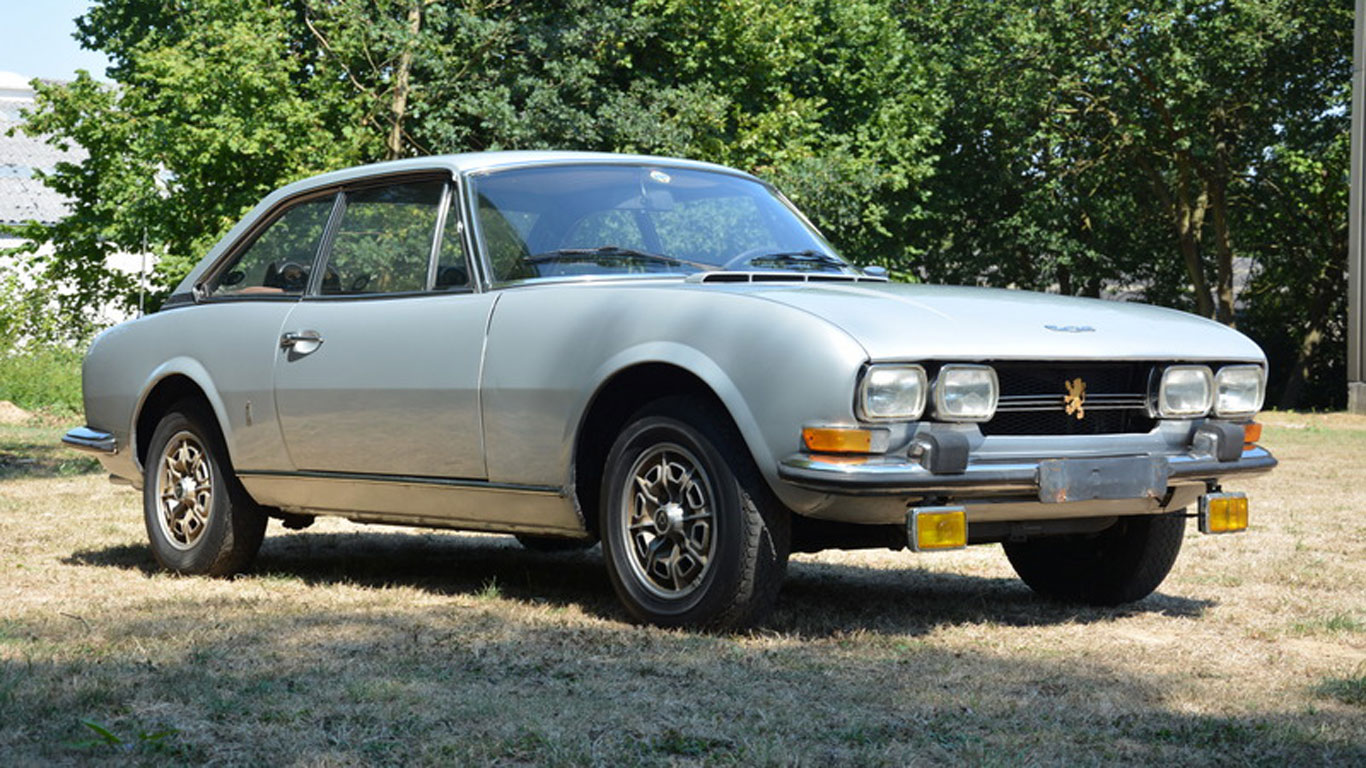 Here’s a much earlier Peugeot 504, this time in Coupe guise. The elegance remains, but the look is enhanced by a set of twin headlights, yellow fog lights, velour seats and some of the coolest rear lights of the 1970s. An absolute snip at around €10,000. 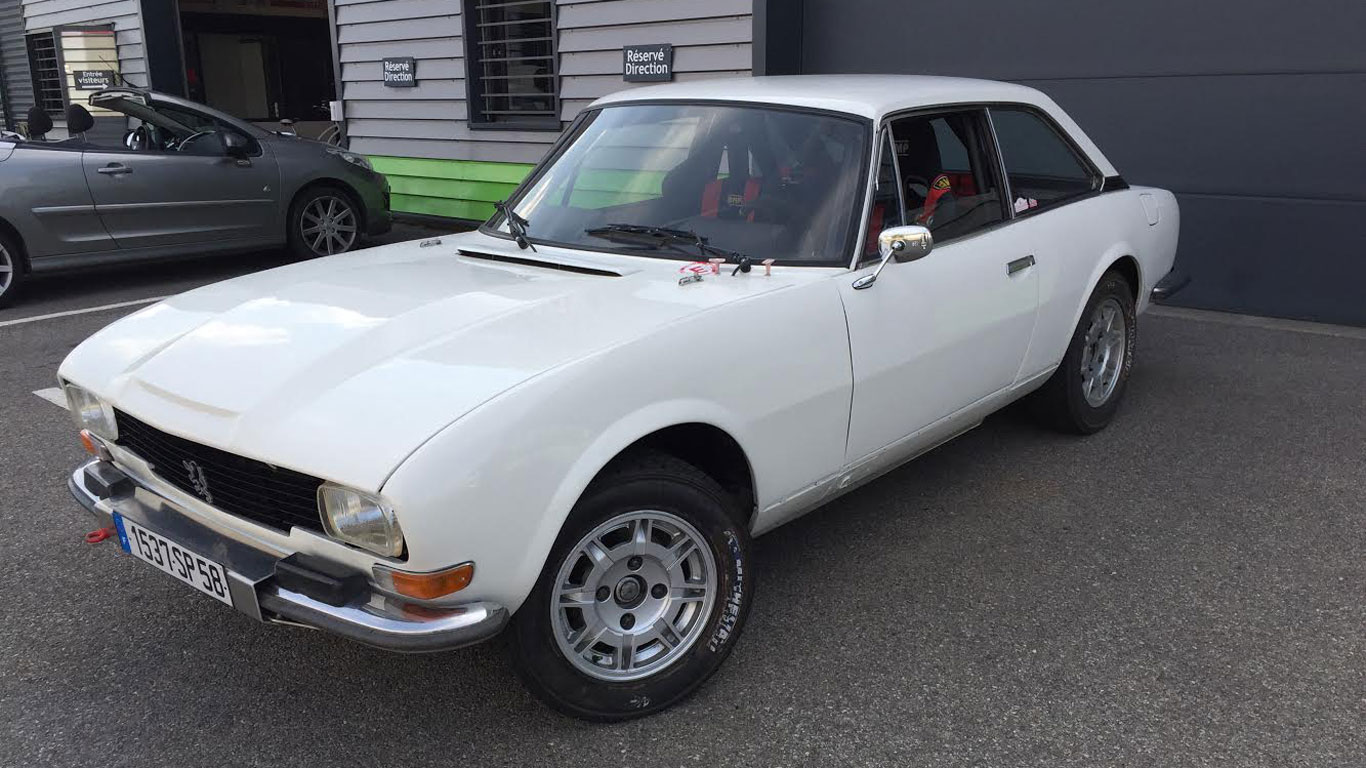 If only to demonstrate the versatility of the Peugeot 504, here’s a historic rally car conversion. This V6 Coupe was transformed under the direction of Michel Nandan, the former technical director at Peugeot Sport, ‘father’ of the 206 WRC and current team principal of Hyundai Motorsport. In the 504’s 50th year, this rally-prepared Coupe invites you to buy, race and enjoy. 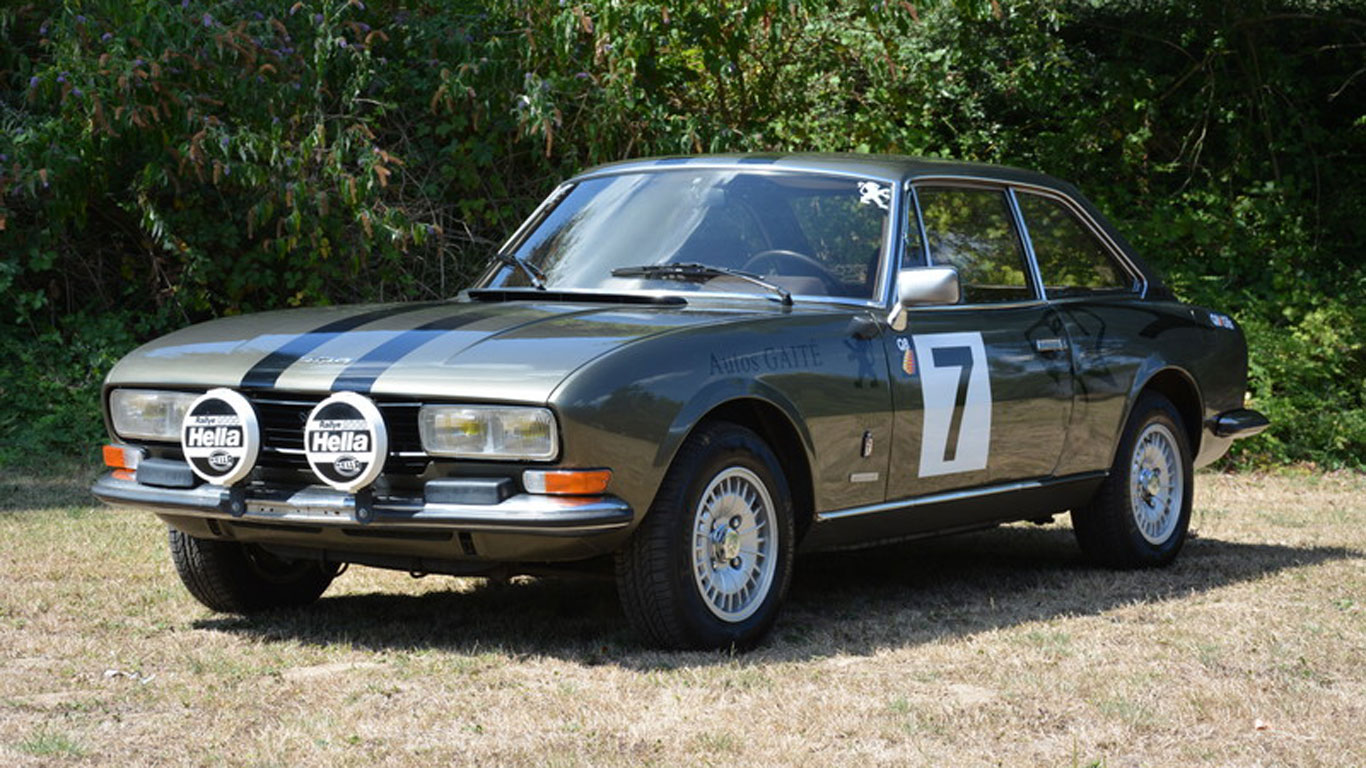 We make no apology for showing a fourth Peugeot 504, because this Coupe V6 is bite-the-back-of-your-hand beautiful. We’re not sure if it’s the elegant Pininfarina lines, the yellow headlights, the PRV engine, the interior, the racing stripes or the Hella spotlights, but we’re totally smitten. 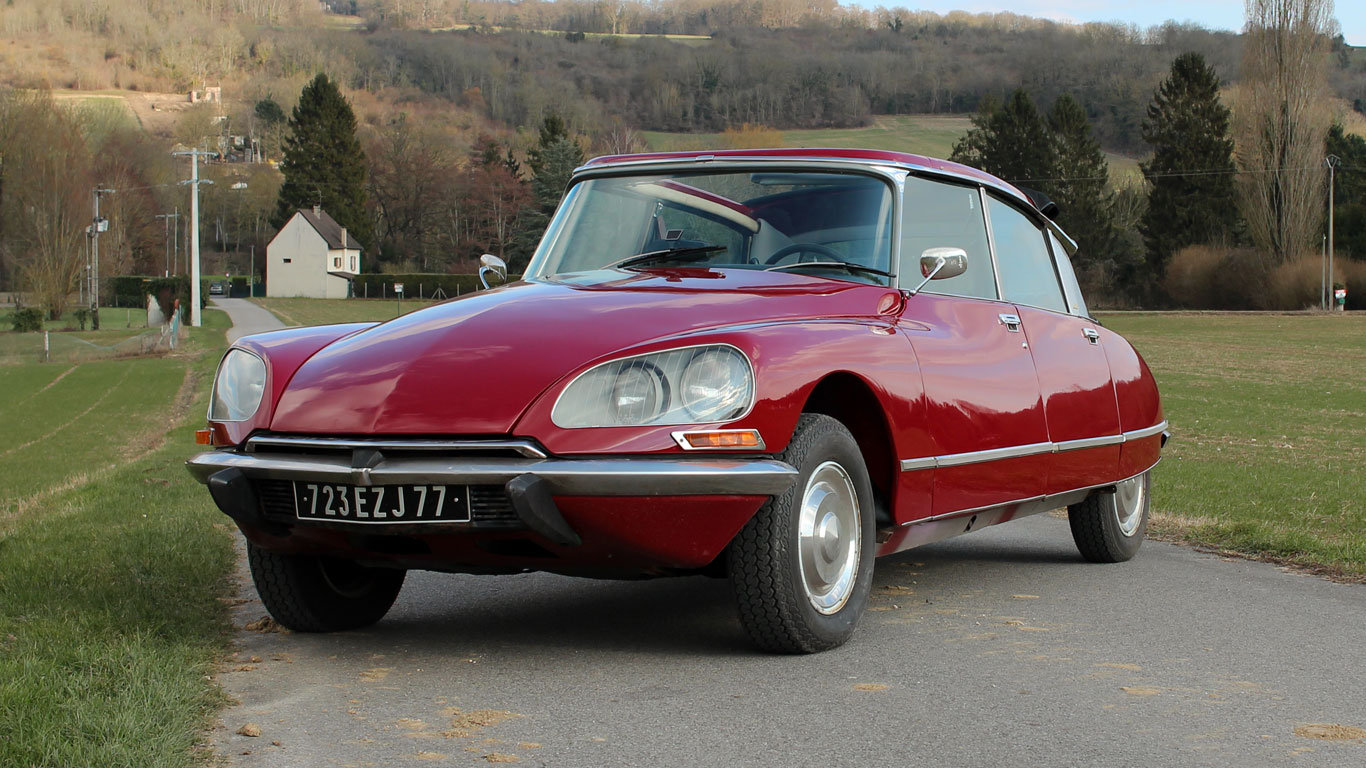 No sale of PSA classics would be complete without a Citroen DS, and this DS 20 Pallas is a peach. Highlights include a ‘decouvrable’ roof conversion carried out by Ansart & Teisseire (AEAT), a DS 23 engine and a complete restoration in 2013. Find a modern car with this much style, grace, elegance and innovation. 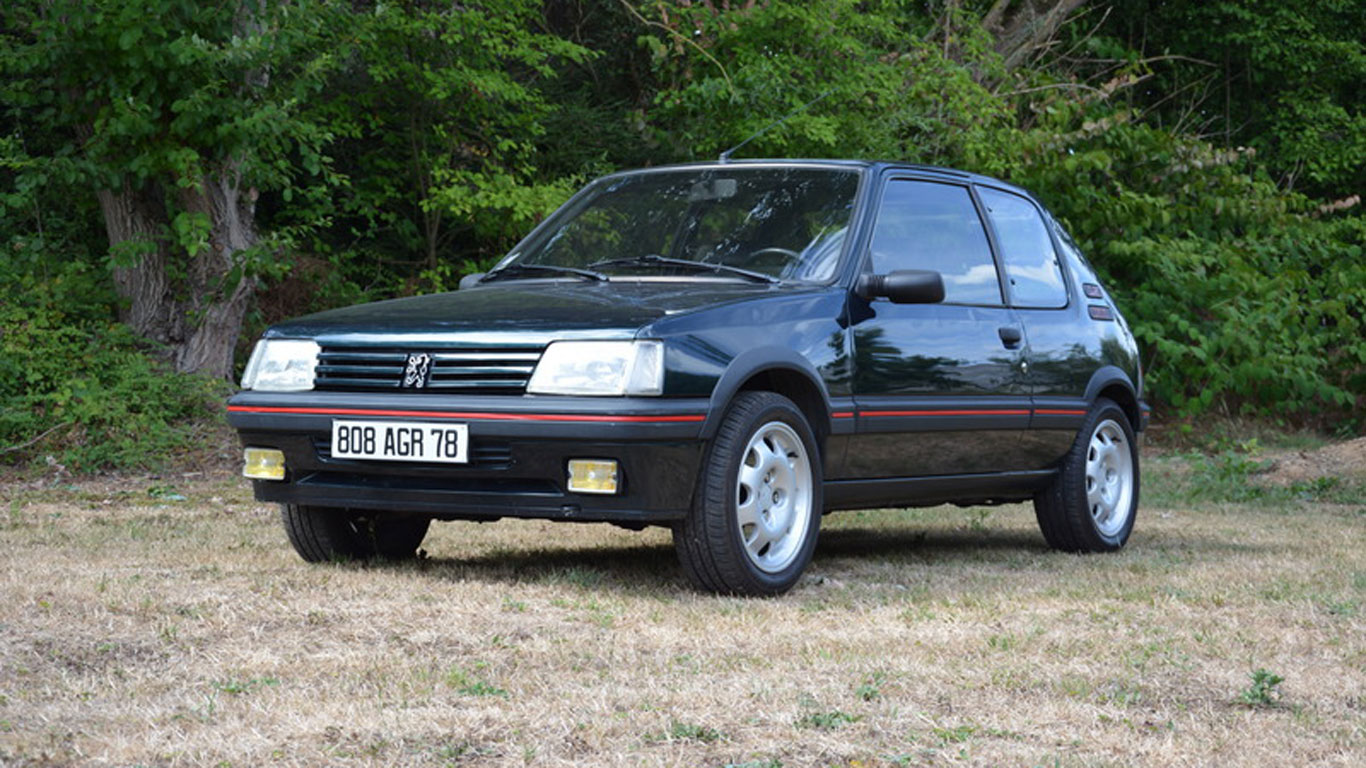 The pin-up star of classic car auctions, this Peugeot 205 GTI ticks all the right boxes. A desirable colour (Sorento Green), owned by the vendor for 22 years, no corrosion, yellow fog lights and a 1.9-litre engine. The only potential negative is the high mileage: this 1992 car has covered 263,000km (163,000 miles). 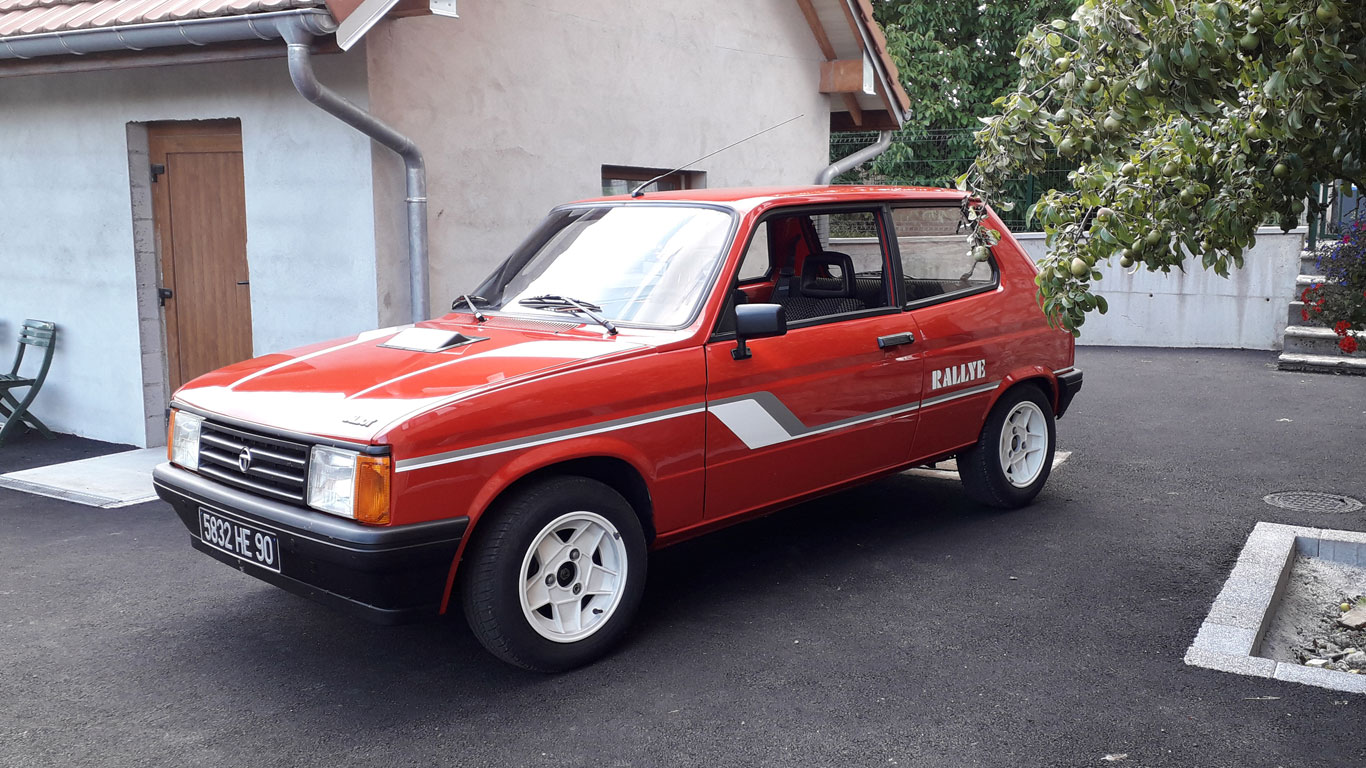 Remember the Talbot Samba Rallye? This was the precursor to the rally versions of the Peugeot 205 and 106, designed as an entry-level racer for young motorsport fans. Available in either red or white, the bonnet scoop and side decals were standard equipment. If you don’t look at this and feel the urge to take it for a spirited drive on a local B-road, you have no soul. 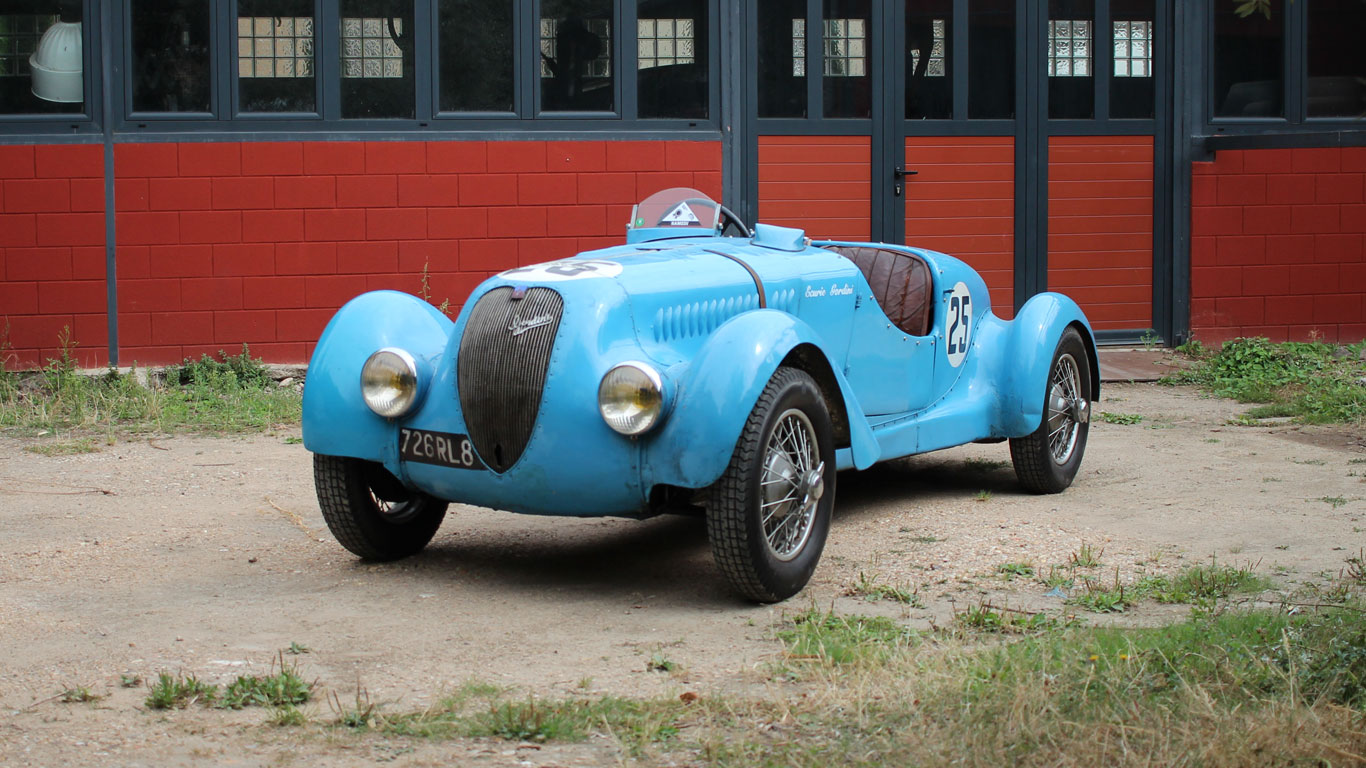 Only three Simca 8 Gordinis were built – one is in the Schumpf Collection, another is in the private collection of Christian Huet, leaving this 1937 car as a rare opportunity to purchase one of Amédée Gordini’s creations. With a different chassis and body to the other two, this is a genuine one-off, which is reflected in the pre-auction estimate. 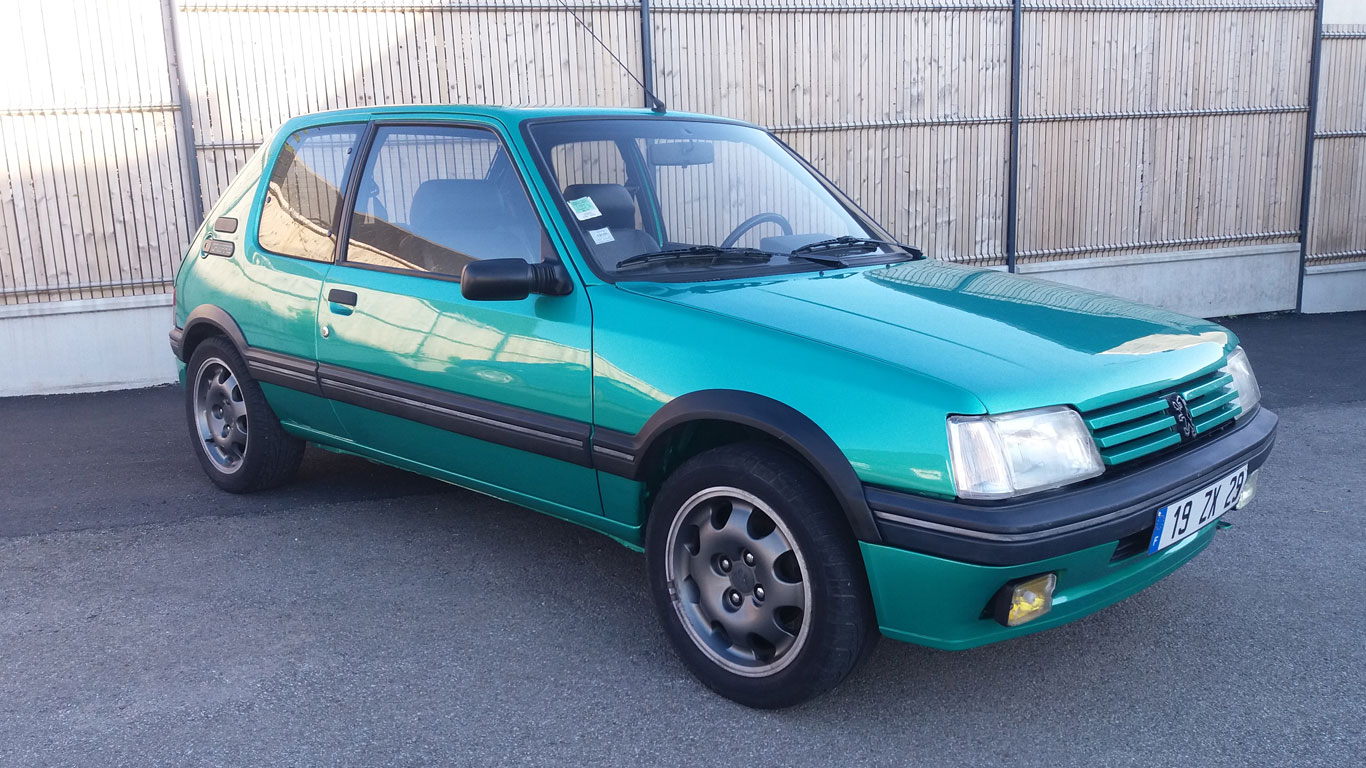 The Peugeot 205 GTI Griffe was a special edition sold in France, Germany and the Netherlands, with production limited to 3,000. All were finished in Laser Green, with grey pinstripes in the side mouldings and bumpers, full black leather, ABS brakes, power steering, sunroof and dark grey anodised alloys. 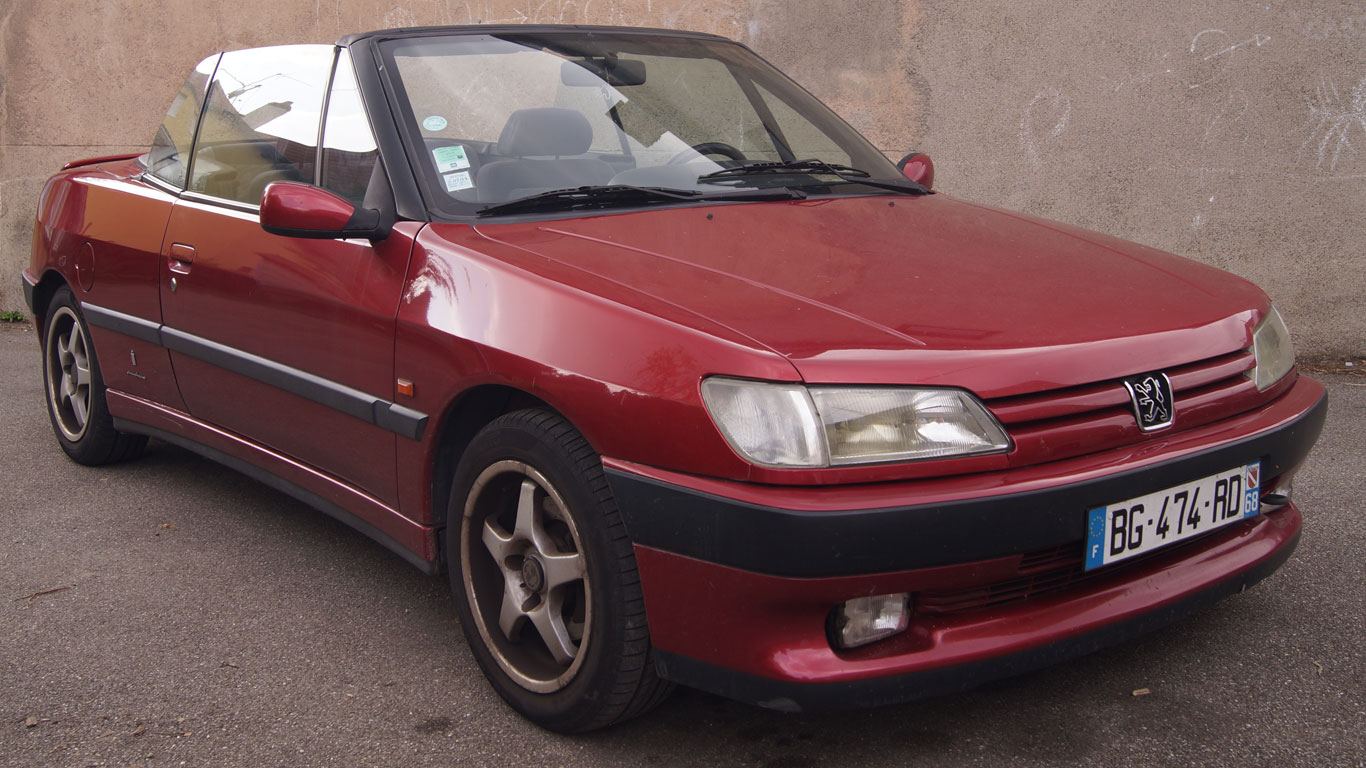 One of the cheapest lots also happens to be one of the best looking. This is a rare pre-facelift Peugeot 306 Cabriolet, powered by a 2.0-litre 8-valve engine and with 118,900km on the clock. 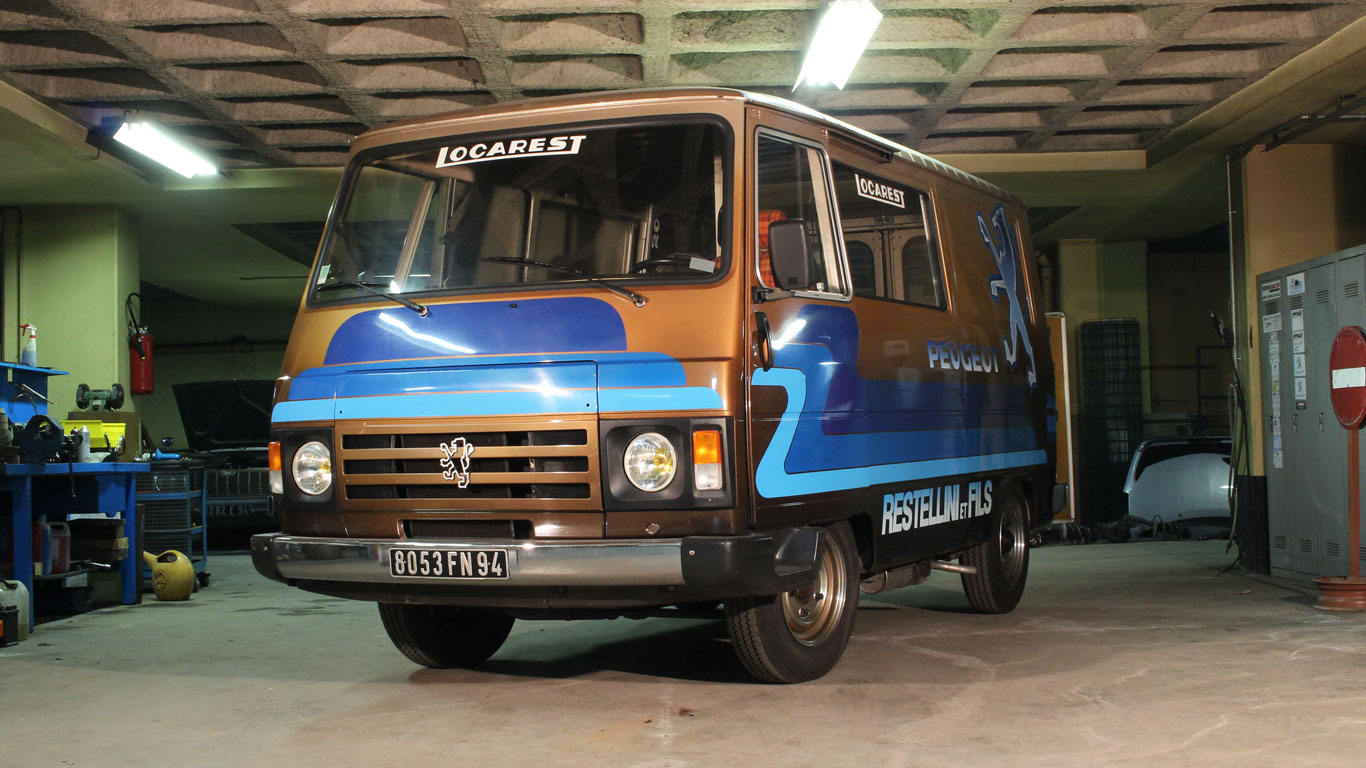 One to file under ‘we don’t know why we love it, but we do’, this Peugeot J9 Confort is truly amazing. First registered in April 1980, there are just 4,620km on the clock and it comes straight from a Peugeot main dealer. 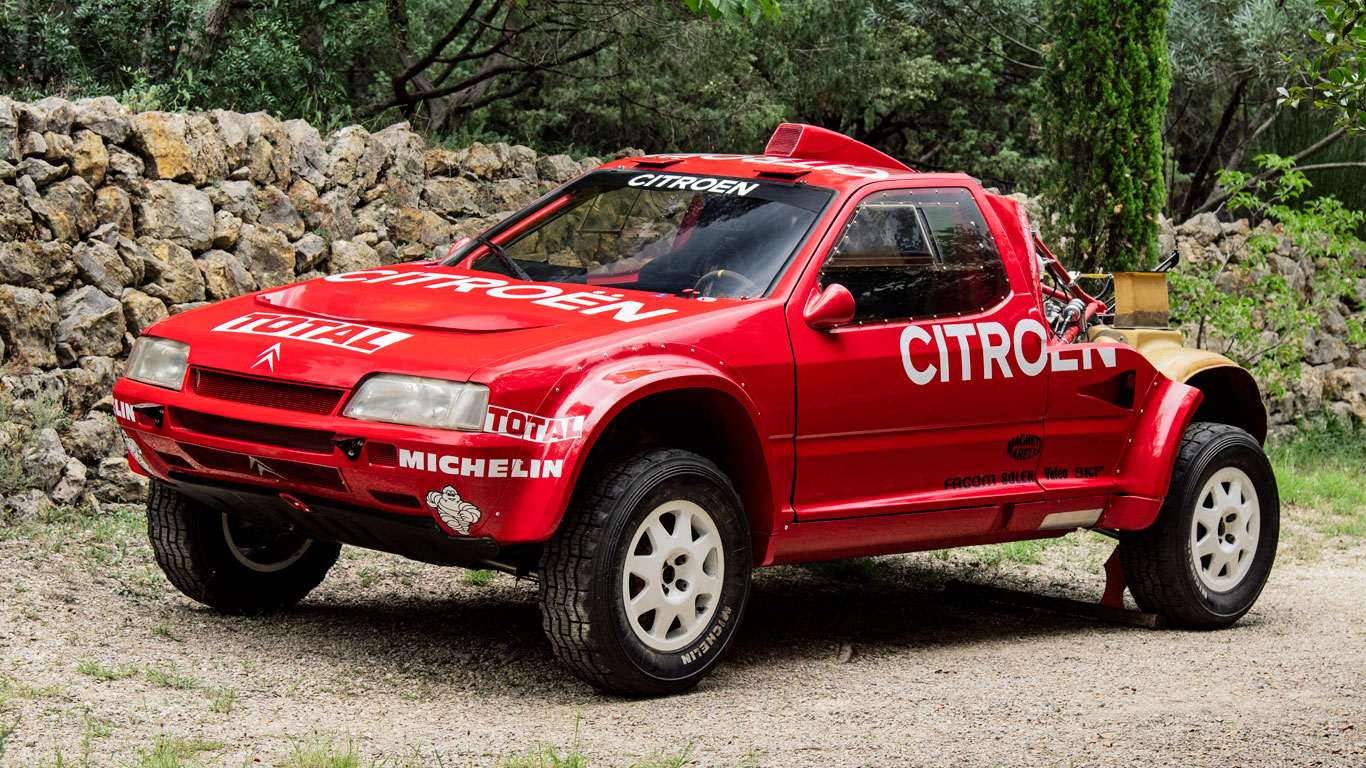 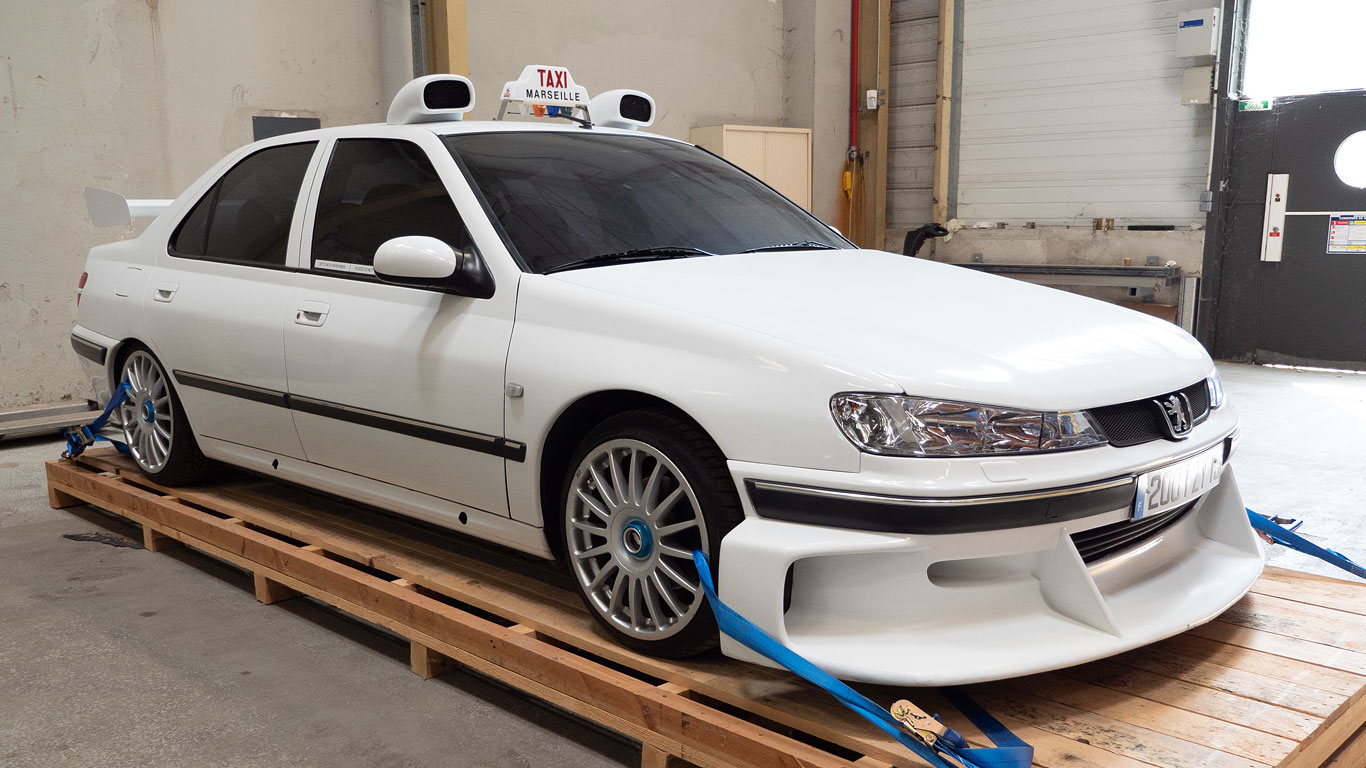 Here’s one for fans of the cult film Taxi 2. Supplied directly from Peugeot to director Luc Besson, the car is not registered and there is no possibility of homologation in Europe. Which rules out a trip to Marseille for a date with Marion Cotillard. 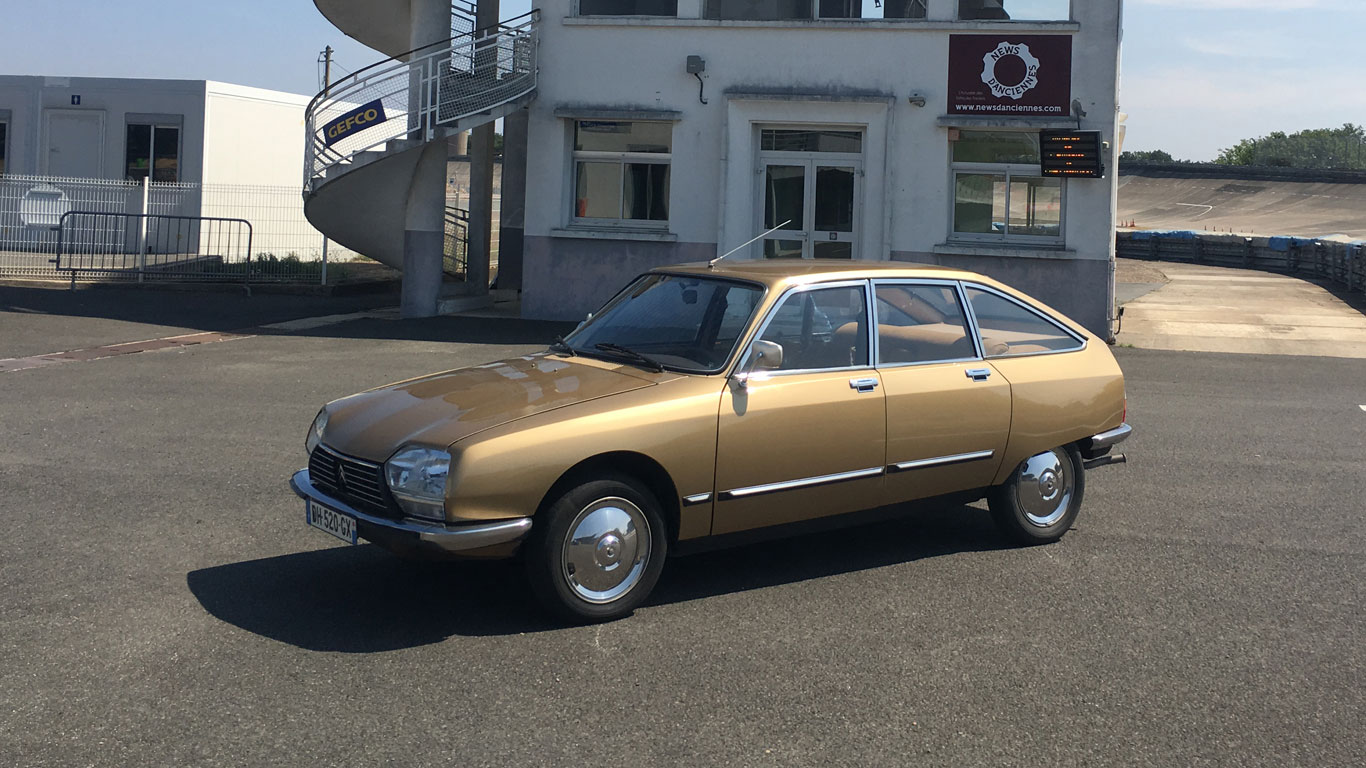 The Citroen GS remains criminally undervalued, which is why this low-mileage Pallas could be yours for less than €5,000. This is a Citroen DS for the masses, a former European Car of the Year that was quite unlike anything else in its sector. The second owner of this example was one of the heads of Citroen Heritage. 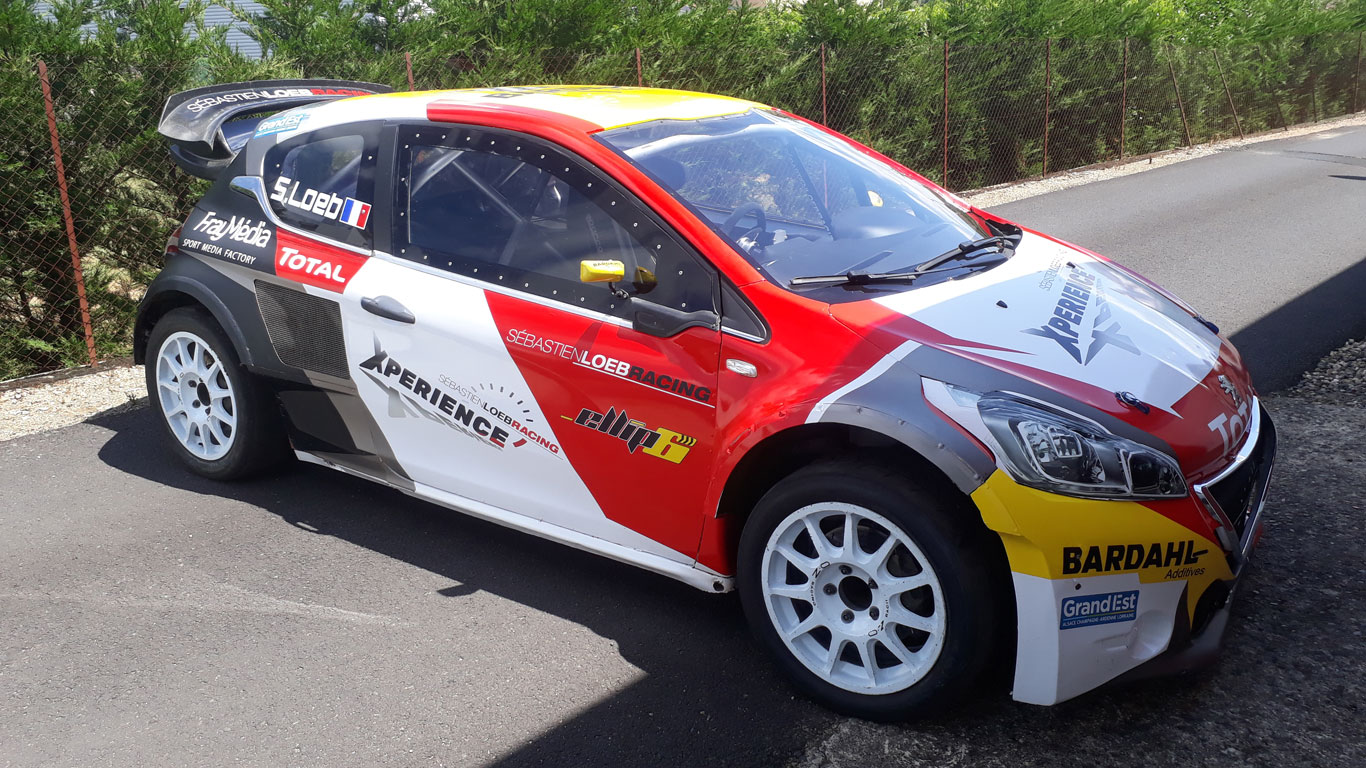 This is the actual Peugeot 208 Rallycross built for the first season of the 2014 Rallycross World Championship, in which the team finished fourth in the Drivers’ Championship. In 2017, Sebastien Loeb used the car for a short movie. 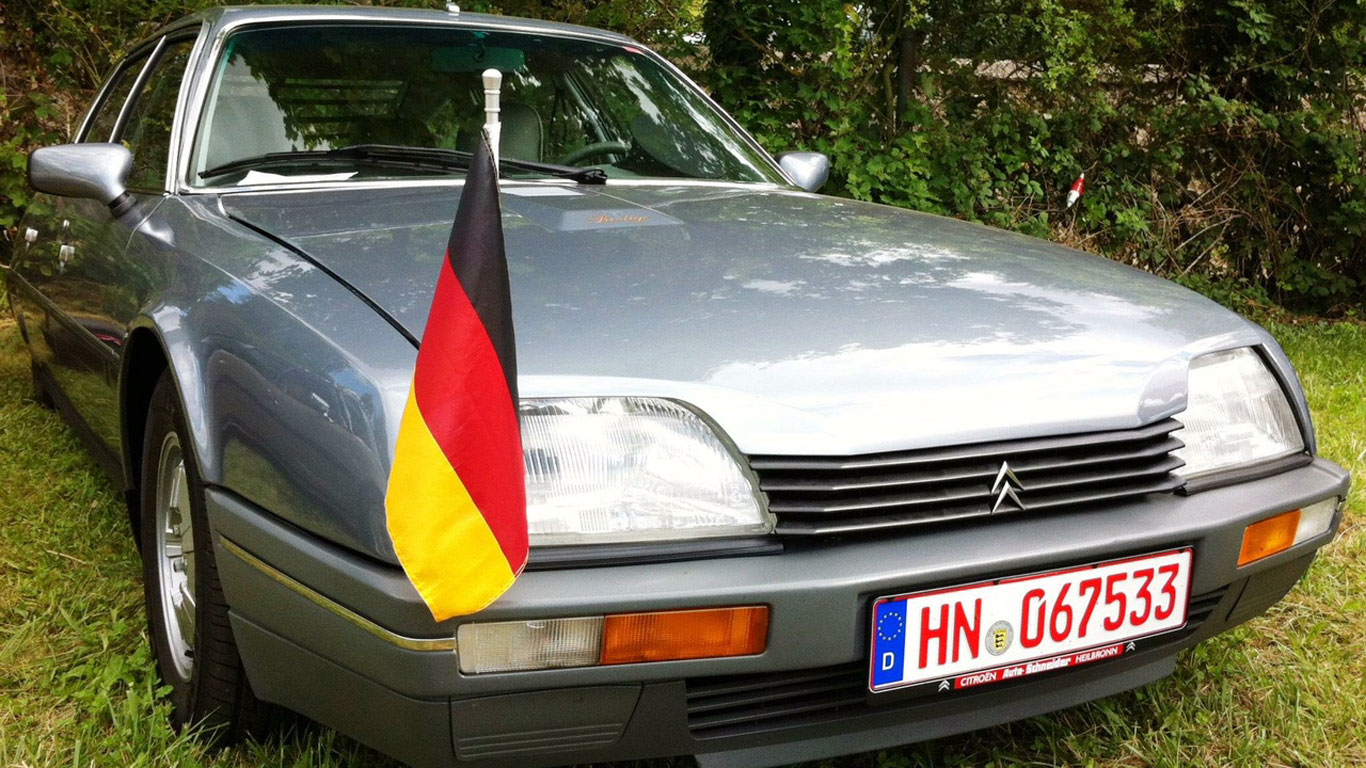 It’s time to break out the Ferrero Rocher because this Citroen CX Prestige is an ex-vehicle from the Yugoslavian Embassy in Paris. The perfect car for an Ambassador’s reception? The car is registered in Germany, hence the off-brand flag. 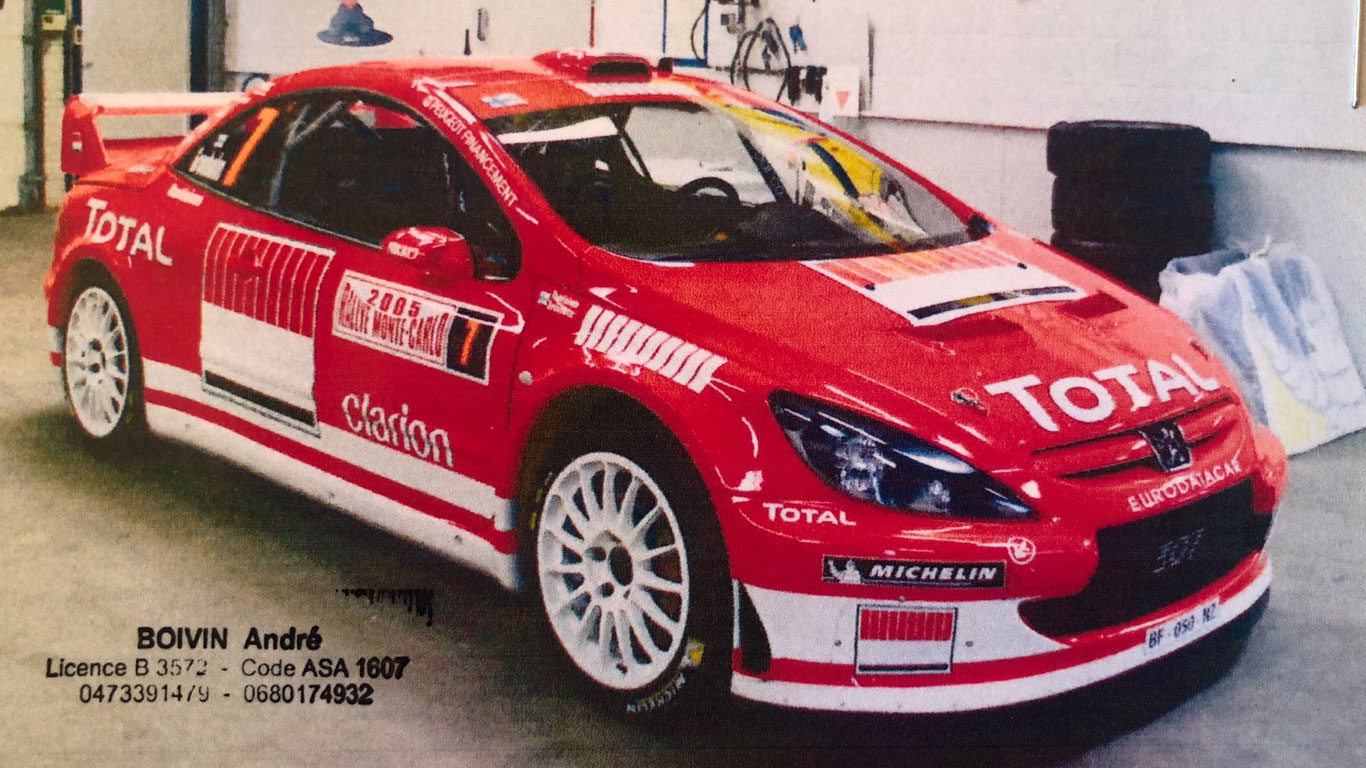 Harri Rovanperä drove this Peugeot 307 in the 2004 World Rally Championship, with Peugeot finishing fourth overall. It’s one of four ‘works’ 307 WRC cars and is powered by a 350hp 2.0-litre turbocharged engine. 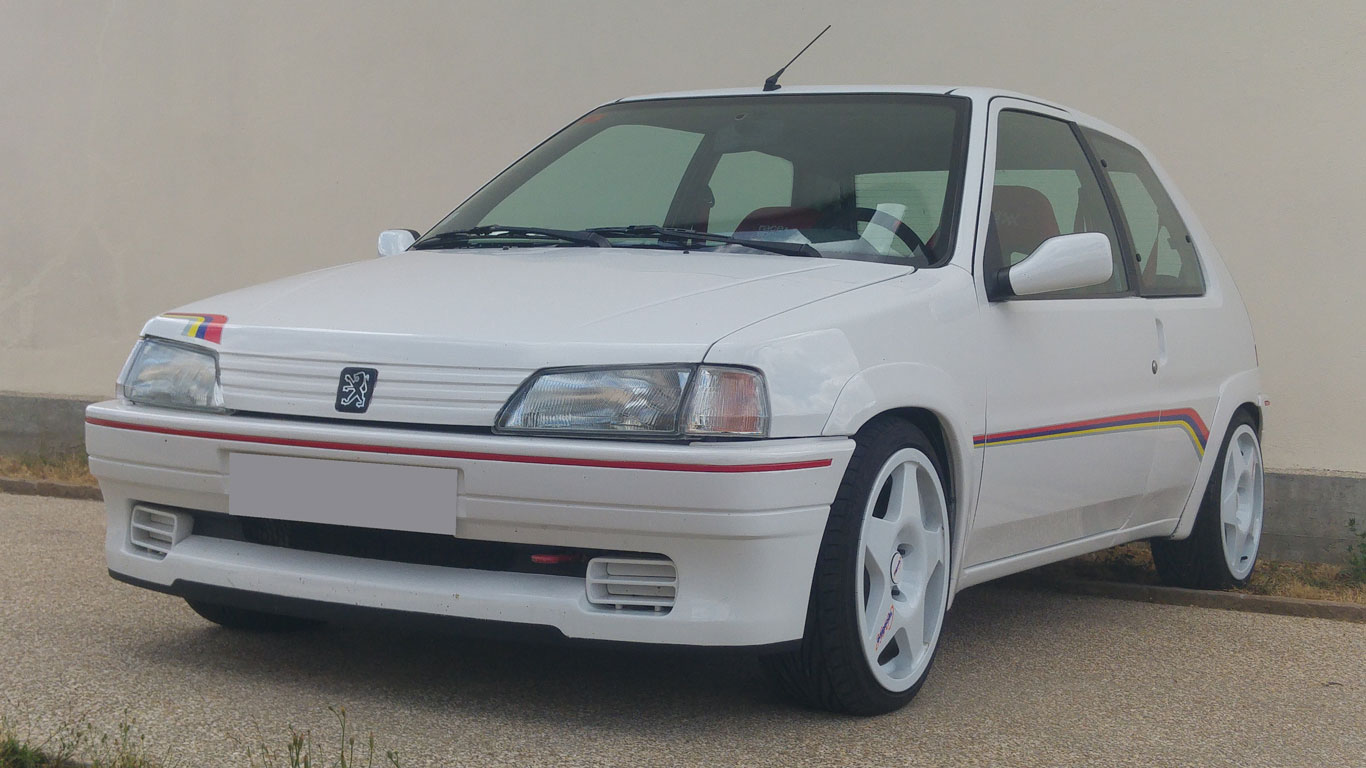 We suspect this Peugeot 106 Rallye could attract interest from all over Europe, not least because it has spent its entire life in the south of Spain. Here, it has covered 200,000 kilometres without fear of rust, with the engine treated to a new timing kit, water pump, clutch, front discs, rear drums, tyres, fuel tank and head gasket. 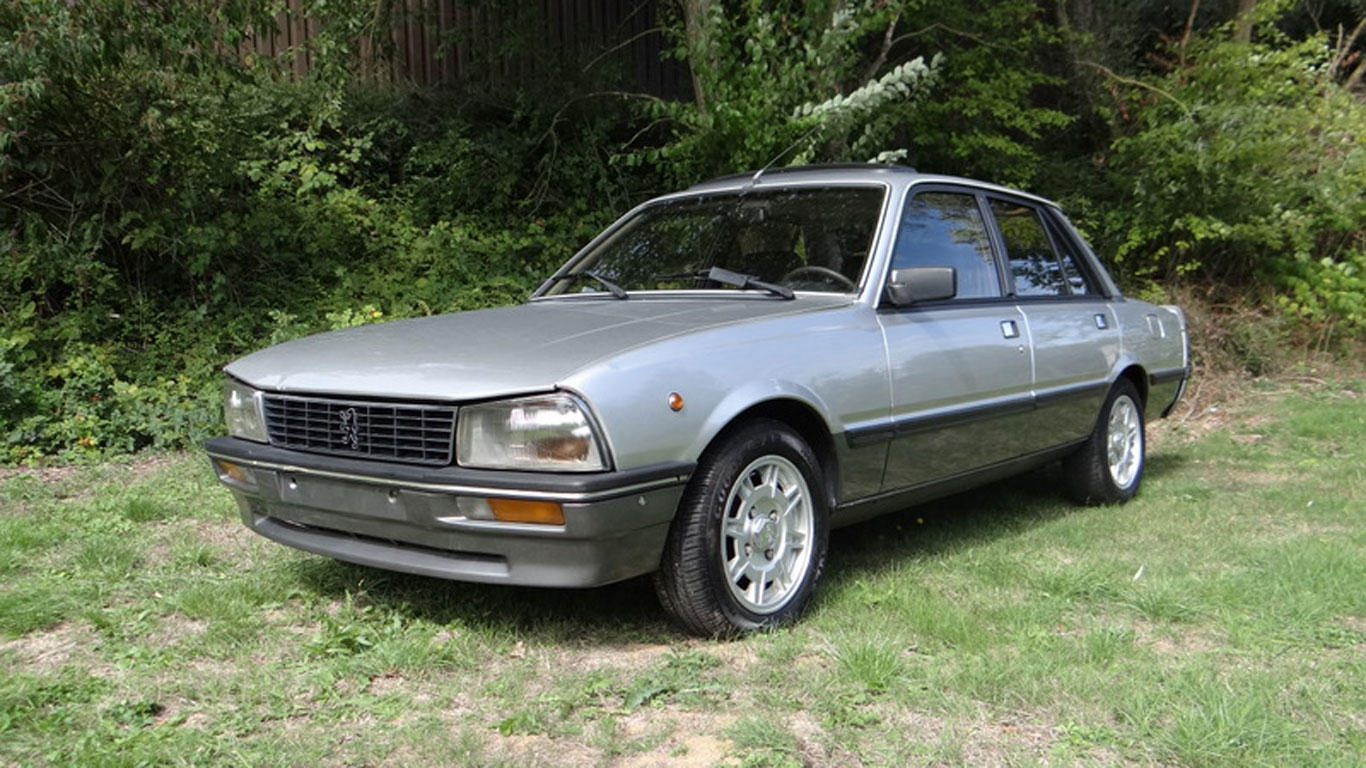 This is one for the Peugeot purists, as the 505 was the firm’s last rear-wheel drive car and is one of the most underrated cars of the 1980s. In any guise, the 505 rode and handled as well as any car in the segment, but when powered by a V6 or turbocharged engine, it was an absolute firecracker. A car sadly missed on the roads of Britain. 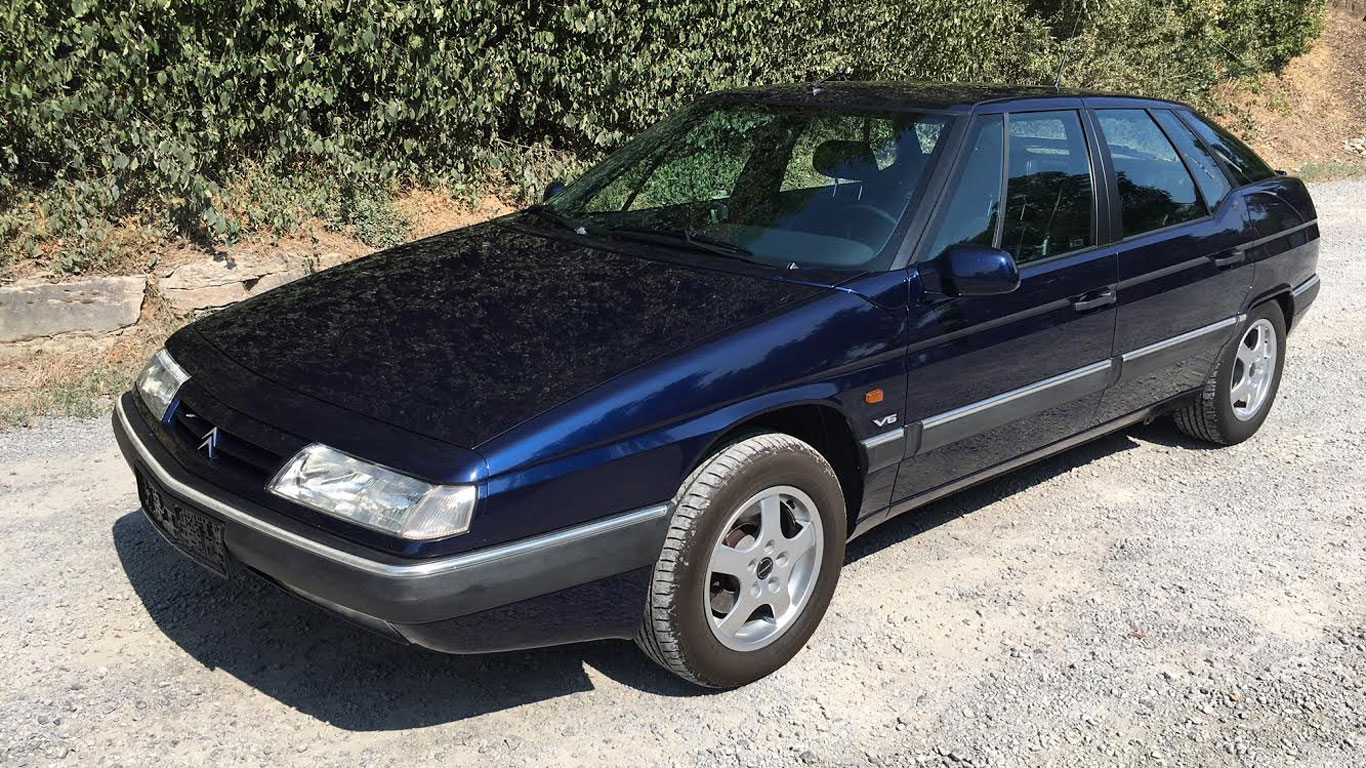 This car is said to be in “perfect working order”, which isn’t always a given when it comes to the Citroen XM. As a 1997 example, the electrics should be less troublesome than those found on the early XM, while the V6 engine is perfect for those long schleps along the French autoroutes. 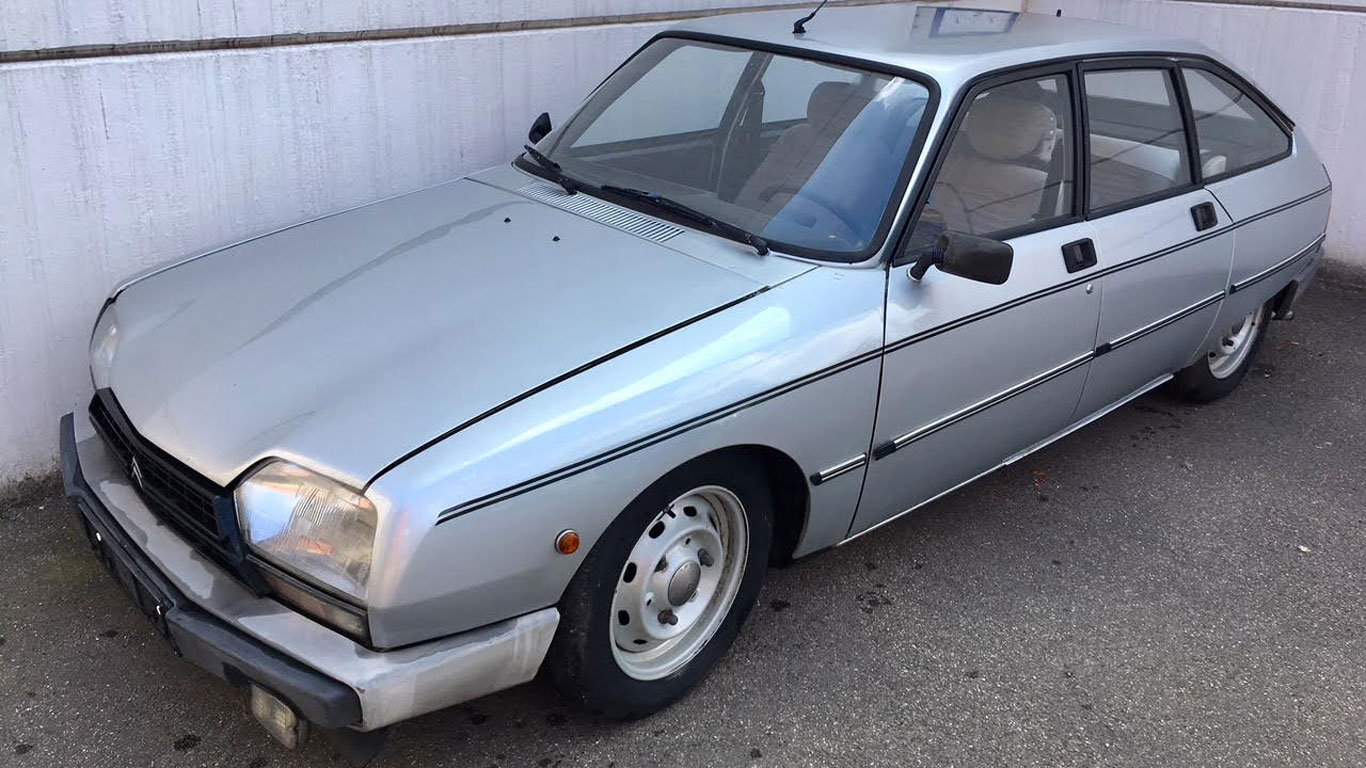 Registered in 1986, this is an extremely late Citroen GSA and is said to be totally original. Sure, it looks a little untidy in places, but there’s nothing a good clean, a pair of resprayed bumpers and an interior retrimming couldn’t sort. Just look at the pre-auction estimate – what’s not to like? 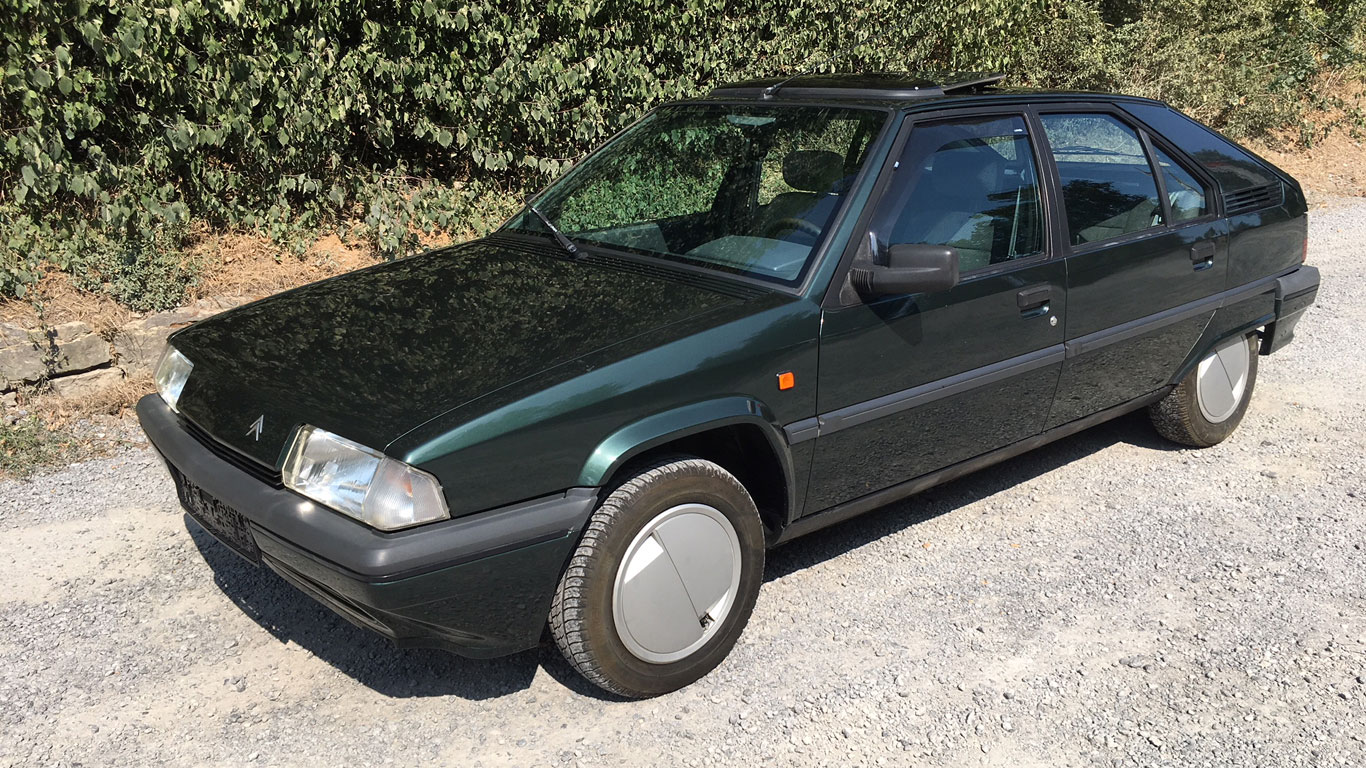 We conclude this auction preview with a Citroen BX TZD, which benefits from air conditioning, a Webasto sunroof, a velour interior and a sensible estimate. Remember, the auction takes on Sunday 16 September at Terre Blanche, France.