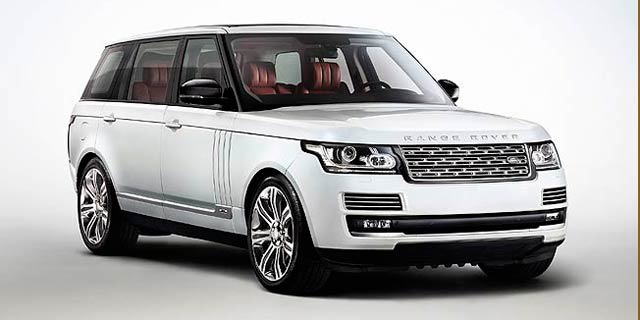 Land Rover is already planning for the 2016 arrival of Bentley’s new SUV – and intends to make the Range Rover even more exclusive and expensive in order to do battle.

The firm believes there’s even more room to expand though – and has charged its newly formed Engineered To Order division to investigate the potential and develop the solutions.

Highly rated former Land Rover brand manager John Edwards was recently revealed as the new head of ETO – a move that initially surprised some in the industry but which is now being seen as an important move to a division that Land Rover will be relying heavily on to deliver its upmarket expansion.

“The (Range Rover) brand has more equity,” said Owen. The challenge now is to capitalise on this before the new Bentley arrives.

Land Rover’s plan is to create a broad range of models with clear ‘walks’ up the range. The potential is at the upper end of the range, with Mercedes-Benz providing an enviable template with the progression of the S-Class range.

Taking on Bentley will thus require something more bespoke even than the new Autobiography Black range-topper.

But although this may include a high performance range-topper, we shouldn’t expect something too sporty and aggressive. “Any higher performance machine has to fit in with the rest of the Range Rover brand,” said Owen.

“Something too extreme wouldn’t work.”

What would you like to see from an expanded Range Rover line – and how do you think a high-performance Range Rover should look? Share your thoughts below…