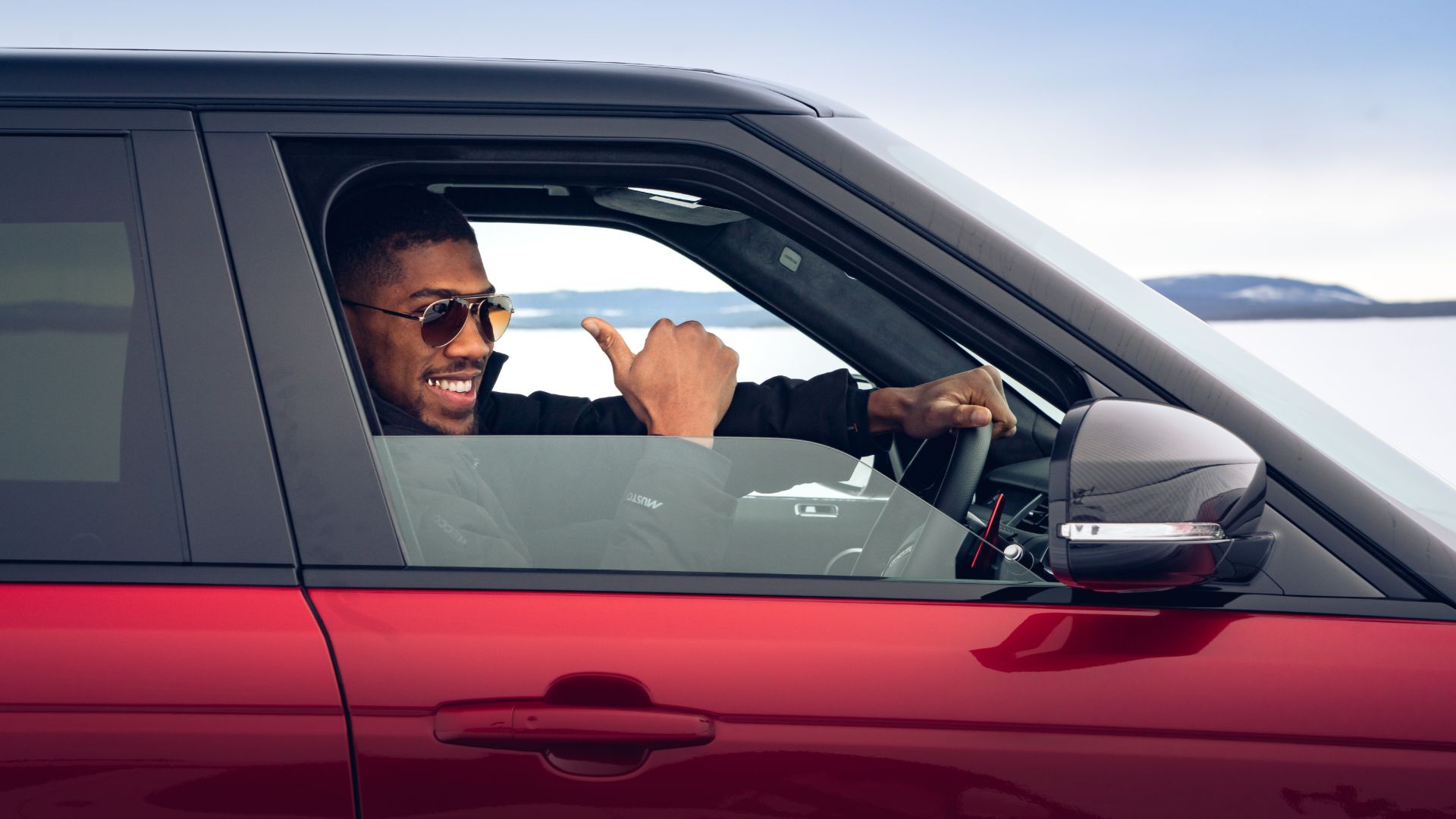 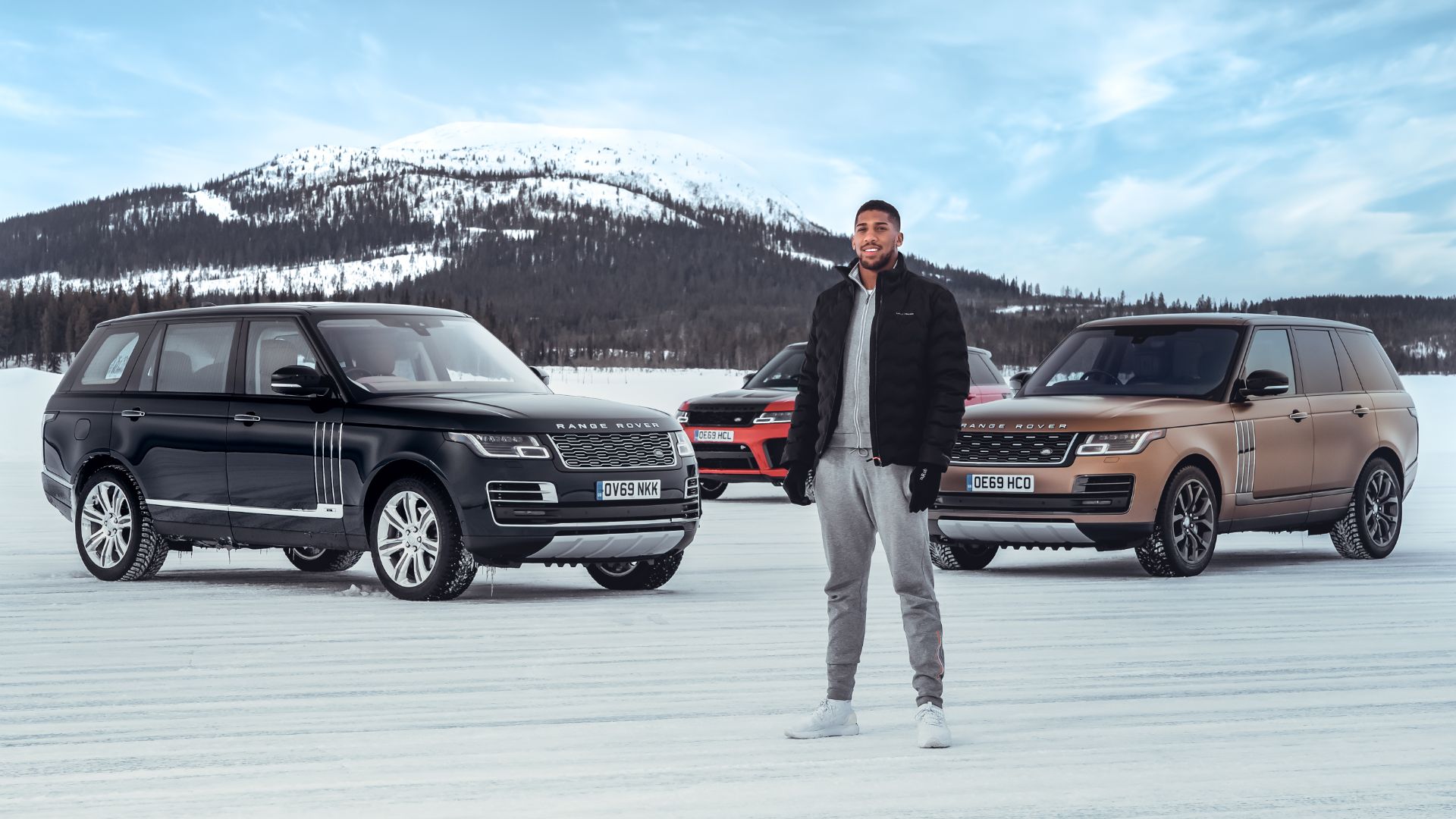 Anthony Joshua has been helping celebrate the 50th birthday of the Range Rover. The World Heavyweight Champion boxer tackled some ice driving in Sweden.

Joshua has just taken delivery of his own customised Range Rover SVAutobiography. 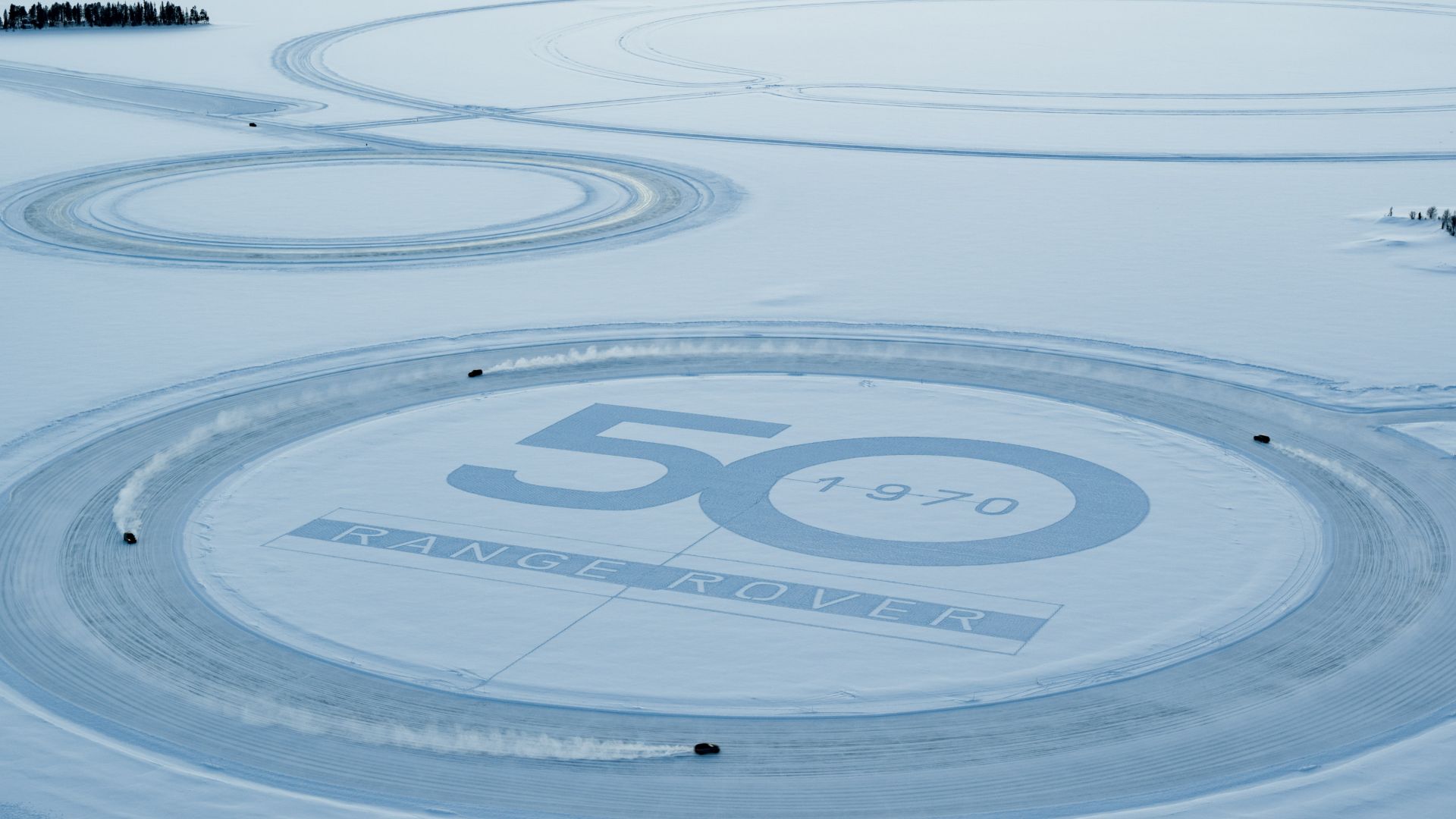 We hope Joshua and the instructors didn’t slide their way through Beck’s artwork. The special anniversary logo and script required no less than 45,000 steps across the snow.

Land Rover says full celebrations of the model begin in June, on the anniversary of the introduction of the two-door Range Rover in 1970.

June is also when Anthony Joshua will be riding in his SVA, on the way to fighting Kubrat Pulev in London.

“Over five decades the Range Rover has evolved into the most desirable luxury SUV in the world,” said Gerry McGovern OBE, chief creative officer at Land Rover.

“Its peerless combination of sophisticated design, refinement and capability has struck an emotional chord with customers all over the globe.”