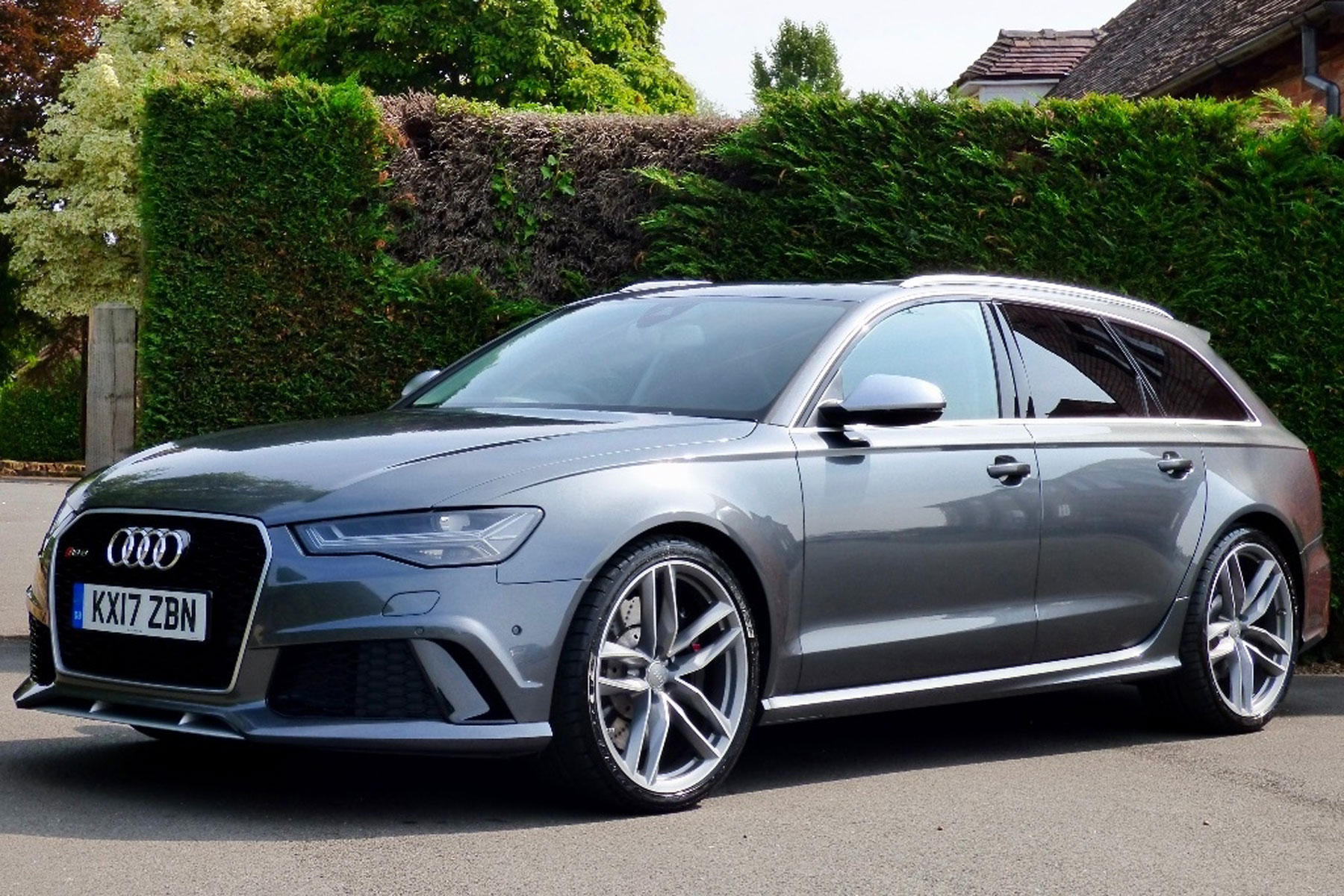 Like mother, like son. Princess Diana caused quite a stir when she ditched her British wheels for something German – most famously an Audi 80 Cabriolet – and her youngest son has certainly followed in his mother’s footsteps.

Scan the gossip columns and you’ll spot Prince Harry behind the wheel of a number of Audi models, including this: a 2017 RS6 Avant. It was used by Harry and Meghan Markle on the way to Pippa Middleton’s wedding reception last year, and now, it could be yours.

So which car will be the choice for the #royalwedding ?

Will Harry and Meghan drive away in his father's 1969 #AstonMartin DB6 Mk2 Volante as Prince William did with Kate, or maybe his own #Audi RS6?

What car would you choose ❔ pic.twitter.com/jKCYJXmk6p

For sale on Auto Trader for a not unreasonable £71,900, the superfast wagon comes with £11,330 worth of options and 4,464 royal miles on the clock. Factory-fitted accessories include a panoramic sunroof, privacy glass, night vision and – because Harry is a lad – a speed limiter removal.

Well, you need to get a wiggle on if you’re being hunted by the paparazzi.

Refreshingly, the dealer doesn’t appear to be charging a premium for the connection to the Duke of Sussex, and is offering “excellent funding solutions to suit your needs.” Needless to say, Harry wouldn’t have struggled for funding when he took delivery of the Audi, even if he was saving for a rather lavish wedding.

Erin Baker, Auto Trader’s editorial director, said: “This is a smashing car perfectly suited to any aspiring Royal. The Audi RS6 Avant is one of the fastest estate cars on the market doing 0 to 60 in 3.9 seconds, and it has a roaring exhaust to excite any petrol head.”

“The car boasts a 17 reg and low mileage, so it begs the questions why is the Prince selling so soon?”

While you spend all of four seconds pondering that question, we’ll leave you with a warning against buying the RS6 in the hope of making a quick dollar. In 2014, independent dealer Baron Cole paid over the odds for Harry’s old Audi RS3, before selling it to another dealer without making a profit.

We suspect Baron was royally flushed with embarrassment and he won’t be going anywhere near this RS6. You, on the other hand, can view the advert on Auto Trader here.