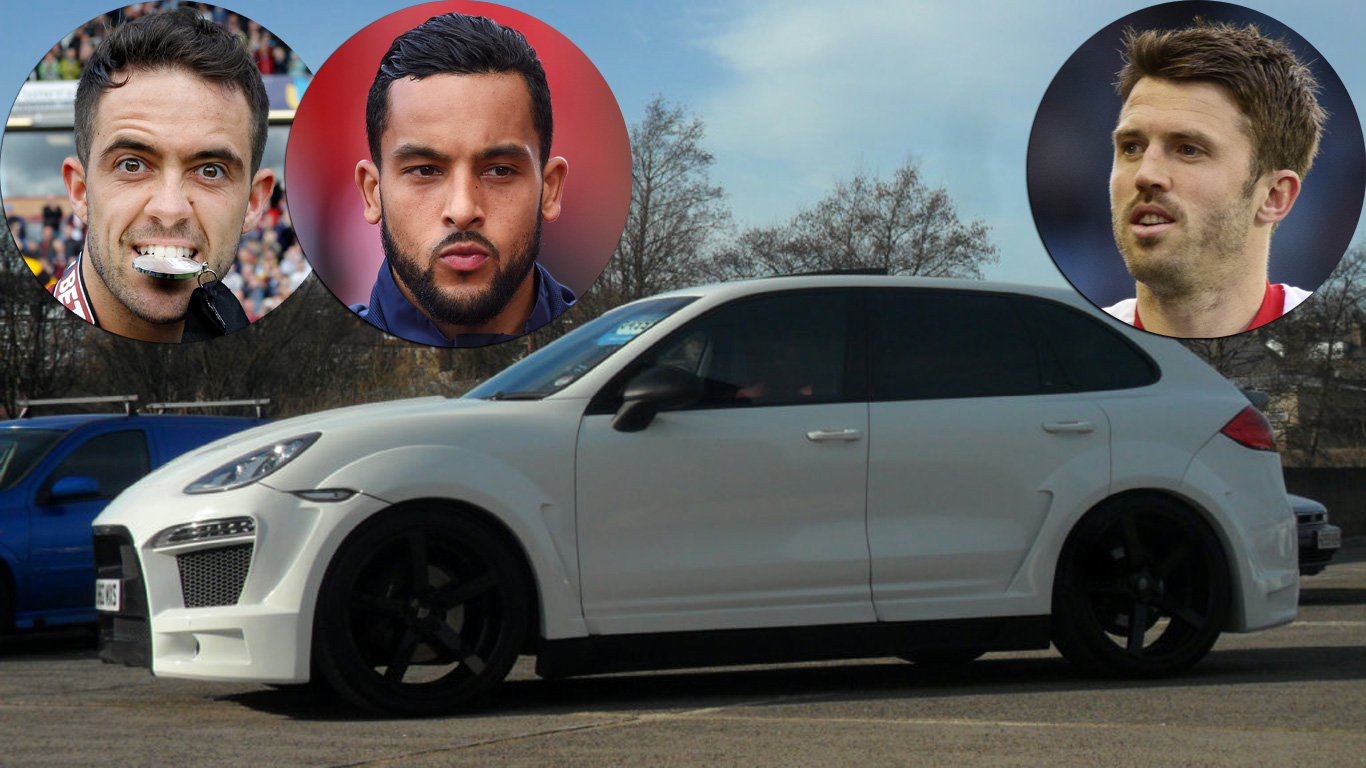 Many ex-footballer’s cars are sold through Auto Trader and, as the Premier League season reaches its climax, the new and used car marketplace is showing off 10 footballer’s cars you can buy right now. Read on… 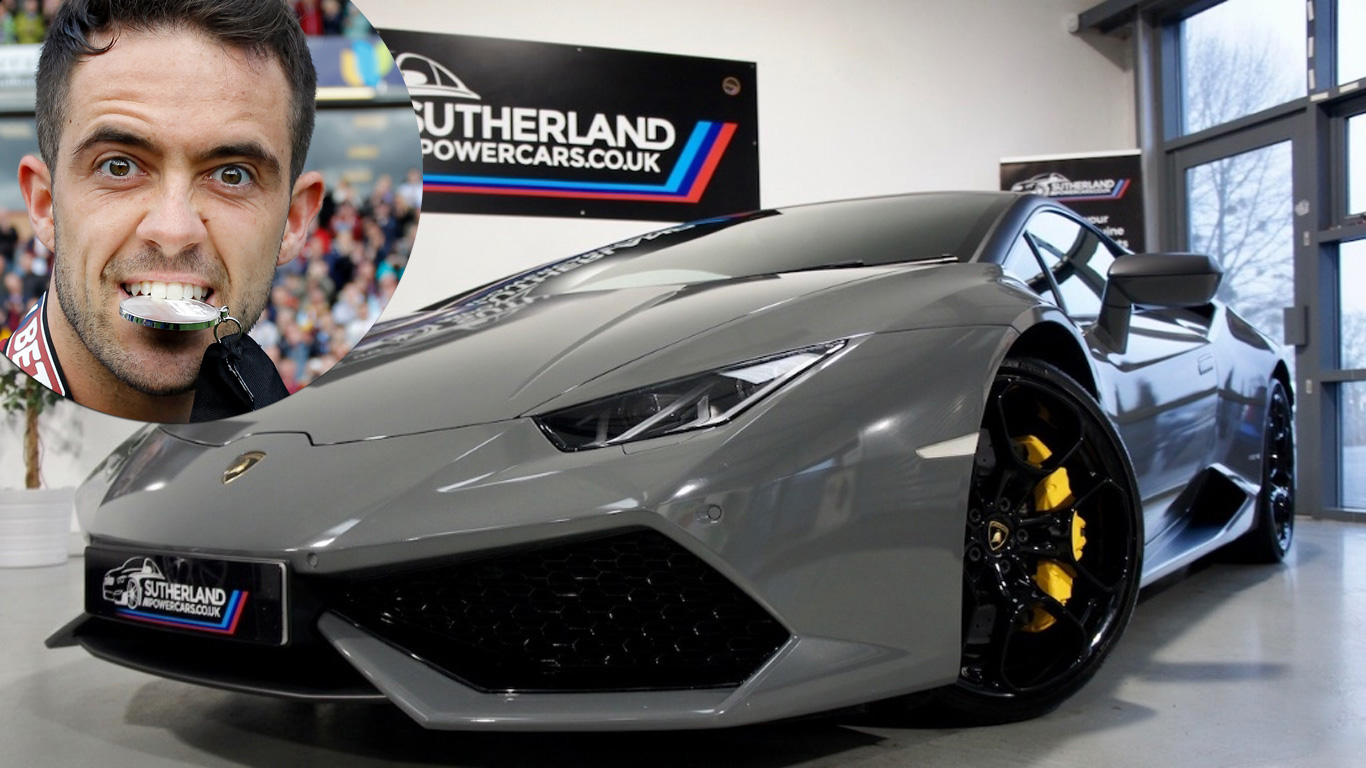 Danny Ings has been plagued by injuries since he joined Liverpool from Burnley. This Lamborghini Huracan was registered in 2014, a year before he arrived in Merseyside for an initial £6.5m. We’re not sure if he arrived at Anfield in the Nardo Grey Huracan, but you’ll need a Premier League wage to be able to afford the £167,990 price tag. 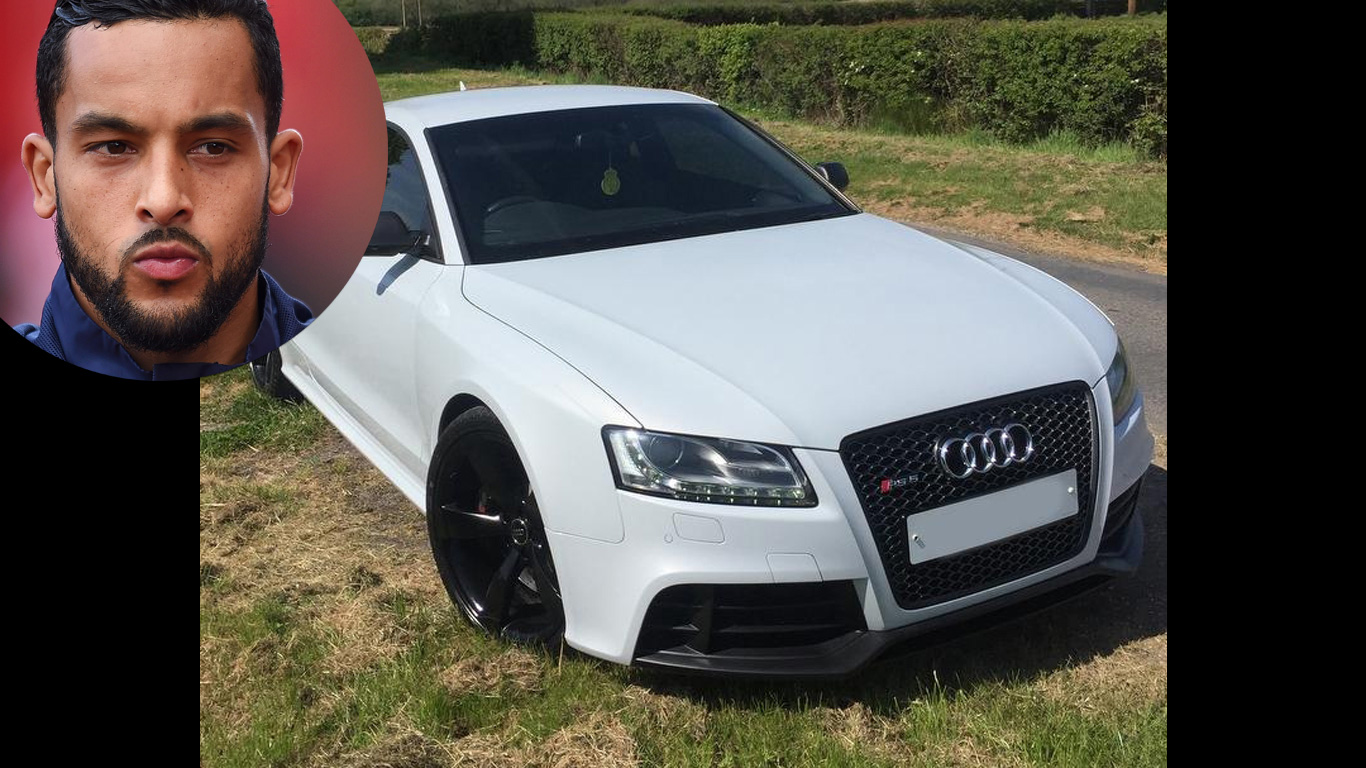 “This is a proper Premier League footballer’s car,” says the advert for this Audi RS5, although we’d have to disagree. No, this is far too restrained and subtle to pass as a proper footballer’s car. It was formerly owned by Arsenal and England star, Theo Walcott, who splashed out on all the toys. Yours for £27,995, which is about a quarter of what Theo earns in a week. 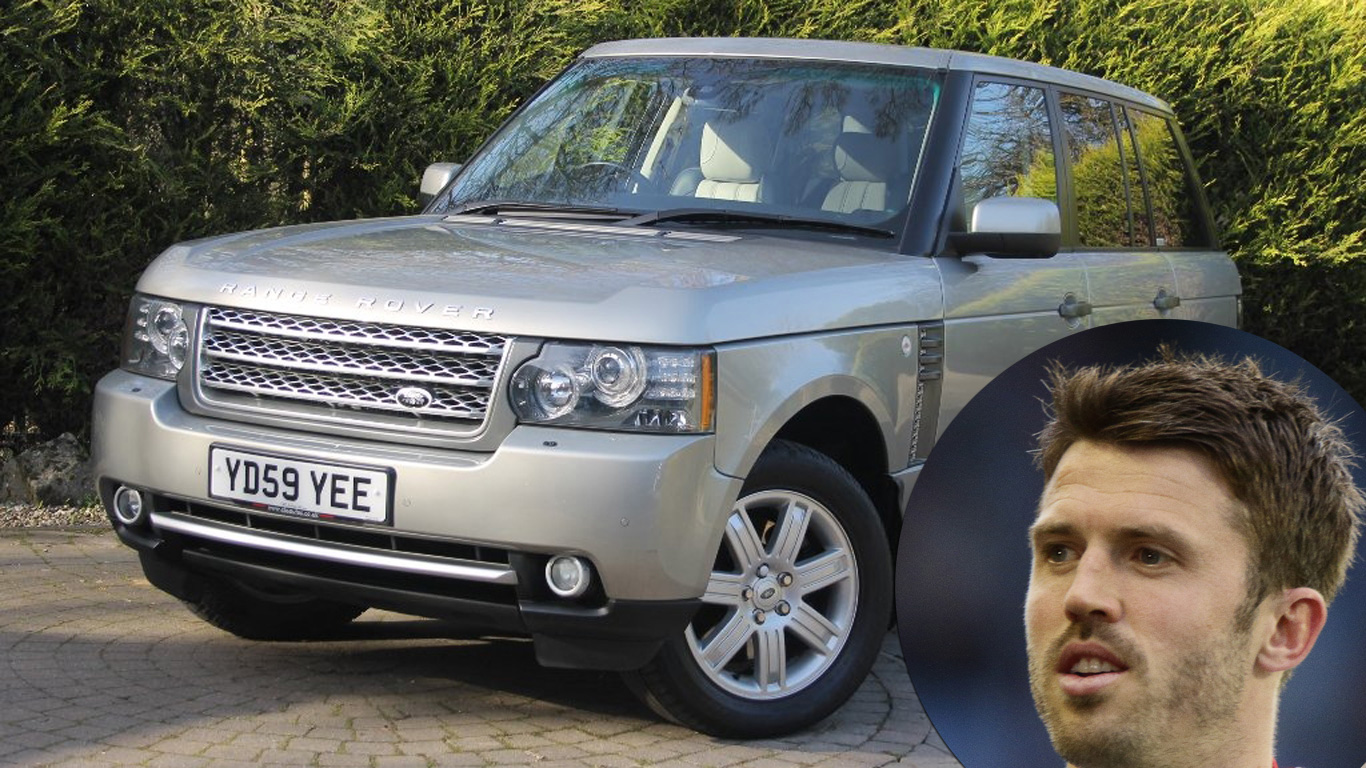 Tough, measured and gritty: three words that could be used to describe Michael Carrick and the Range Rover. The Manchester United and England midfielder paid more than £110,000 for this Autobiography, which is on sale for a reasonable £18,995. The gold Range Rover diesel passed an MOT in February with just one advisory. 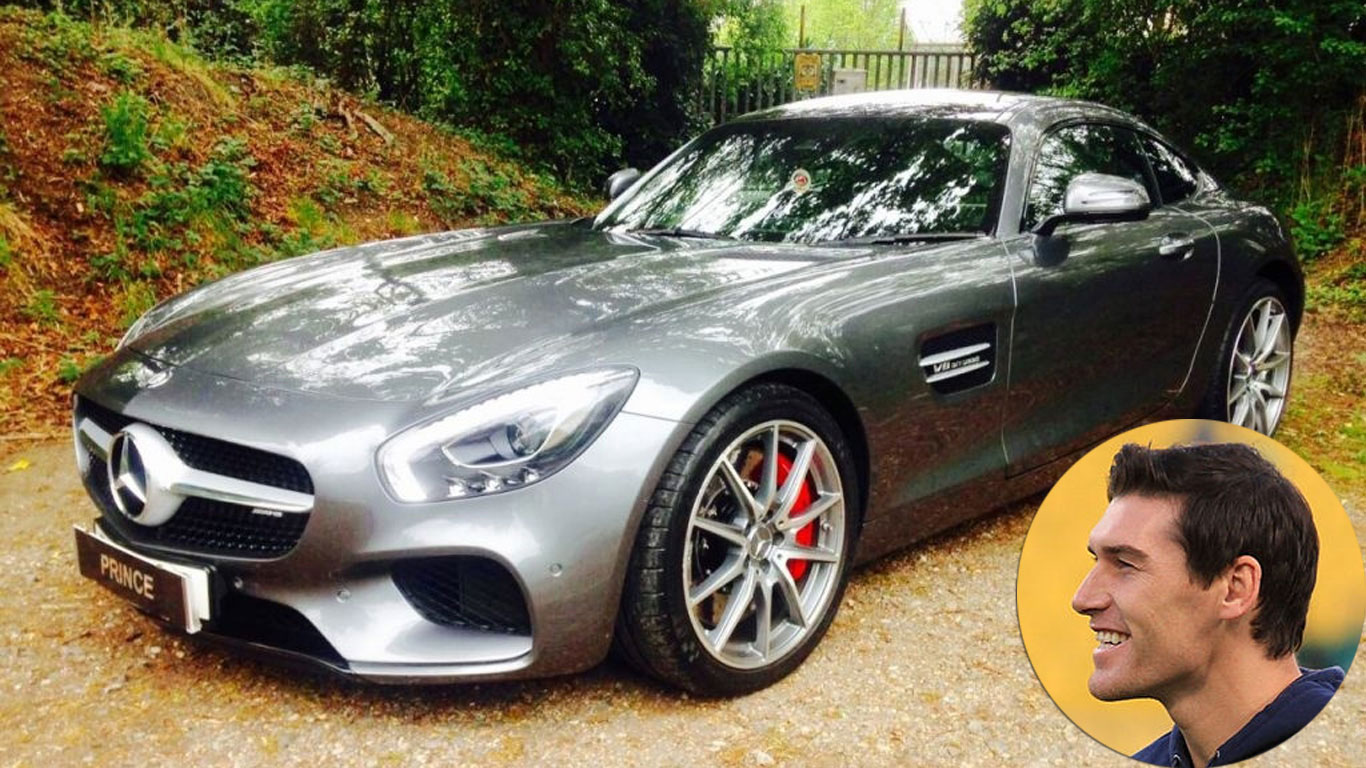 Gareth Barry made his debut for Aston Villa back in 1998 and has since played for Manchester City and Everton, as well as winning 53 England caps. New, you’ll pay just under £100,000 for a Mercedes-AMG GT, but Barry’s 2016 car is up for £92,995. The car has travelled 9,846 miles, which is around the same amount of ground the midfielder covers while playing for Everton. 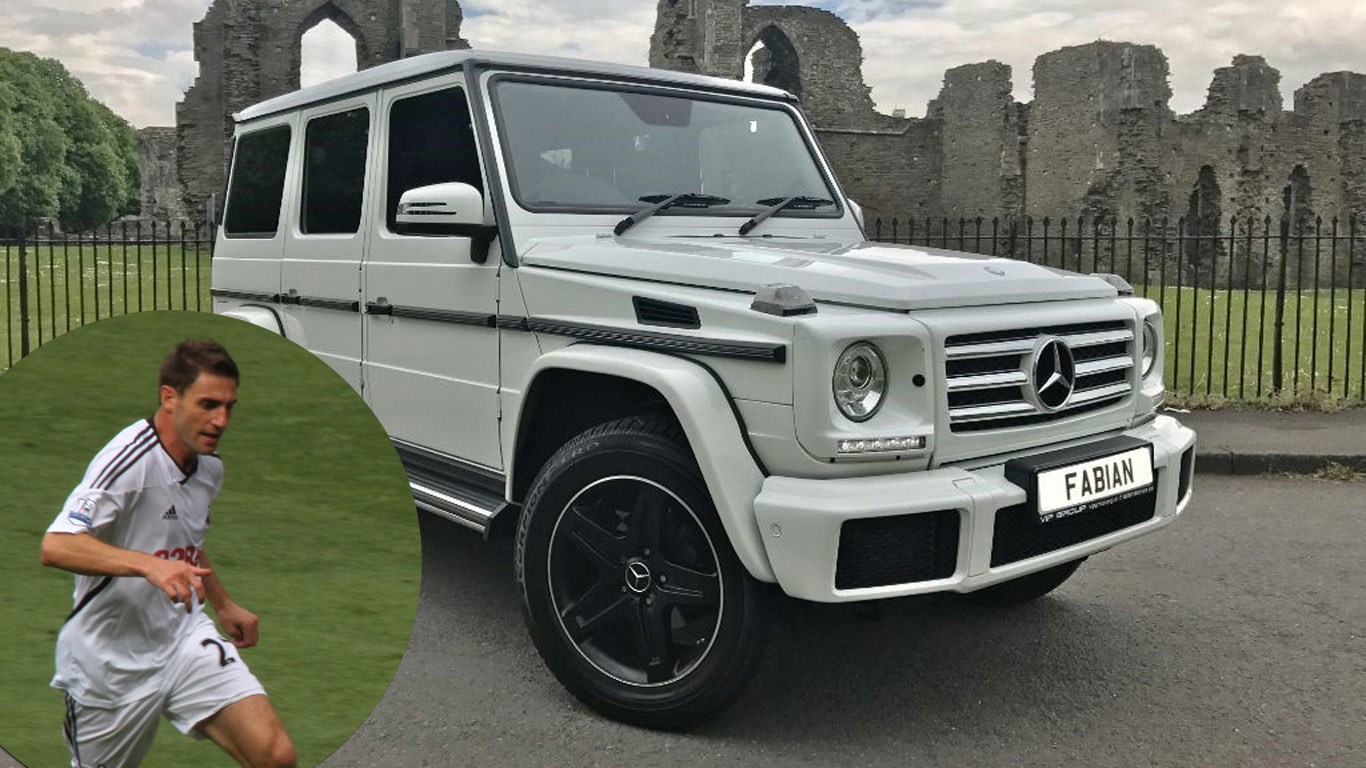 Spanish footballer Angel Rangel joined Swansea City in 2007 and has since made 324 appearances for the club. Last year, he splashed out on this Mercedes-Benz G-Glass, but has clearly had enough. Let’s face it, it’ll be hard to blend in South Wales when driving a Persil white G-Glass. 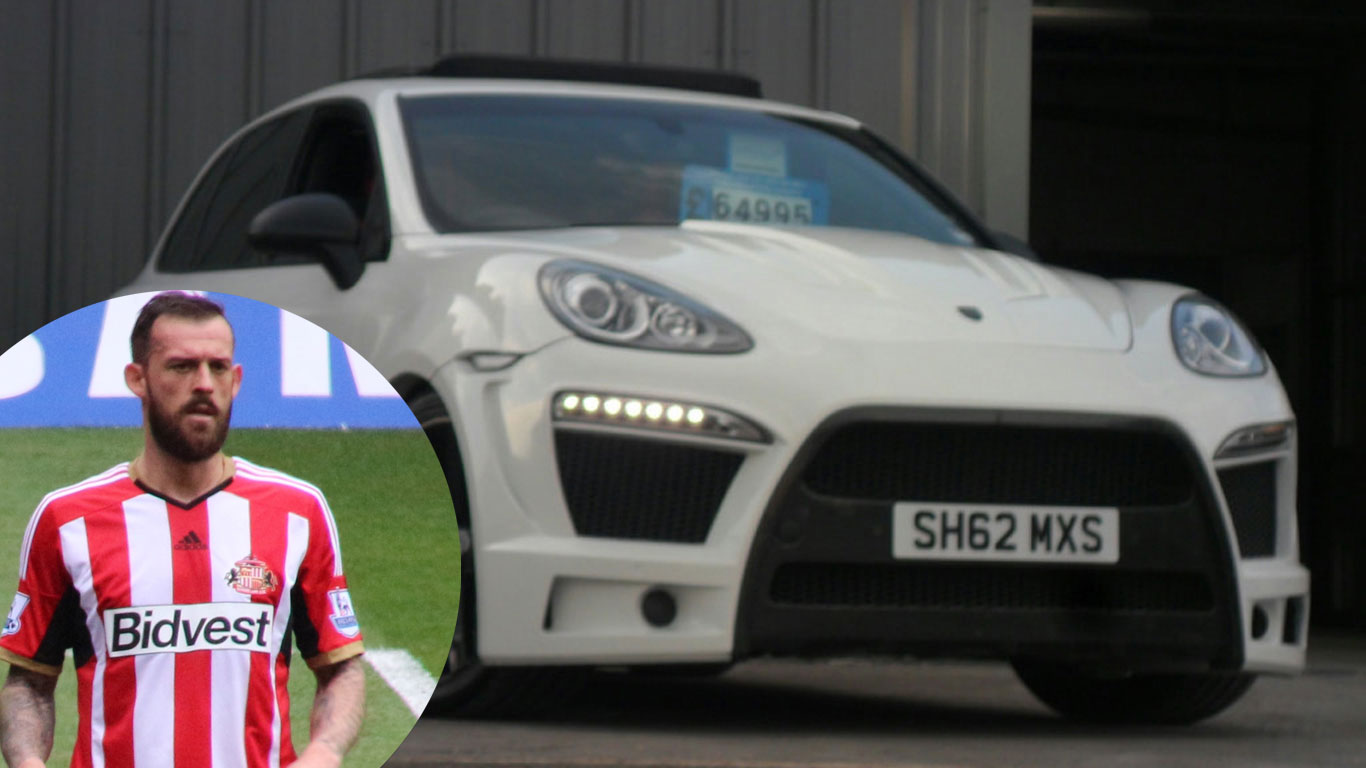 Dig out your copy of ‘Classic Footballers’ Cars Vol.1’ and you’ll find the Onyx Porsche Cayenne in chapter one. It was formerly owned by Steven Fletcher, who upset Sunderland fans in 2015 when he posed alongside his new Lamborghini Aventador while the club battled relegation. Fletcher now plays for Sheffield Wednesday in the Championship. 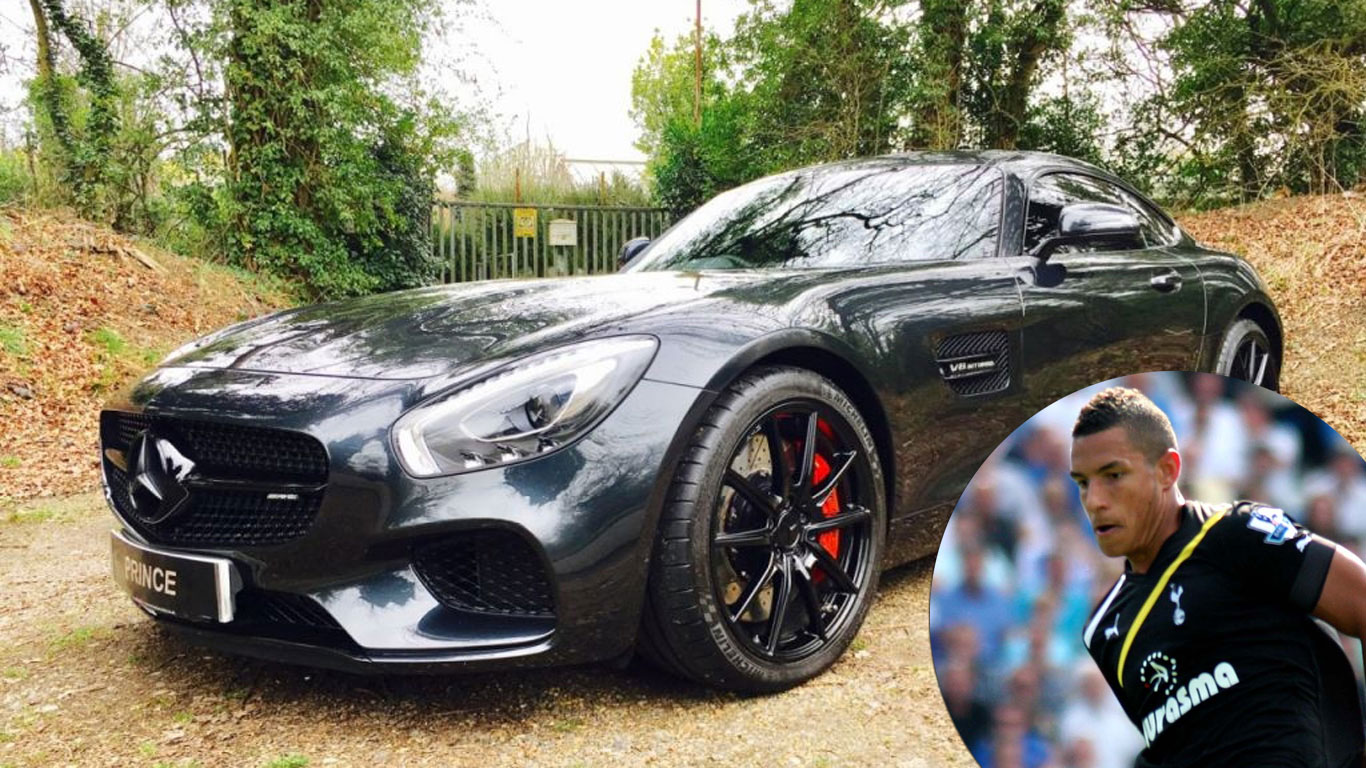 Jake Livermore has enjoyed a terrific season with West Bromwich Albion, which earned him a recall to the England squad. The 27-year-old has had enough of his Mercedes-Benz AMG GT S, which is on sale for £87,995. With 6,531 miles on the clock, it has covered fewer miles than Gareth Barry’s old Merc. 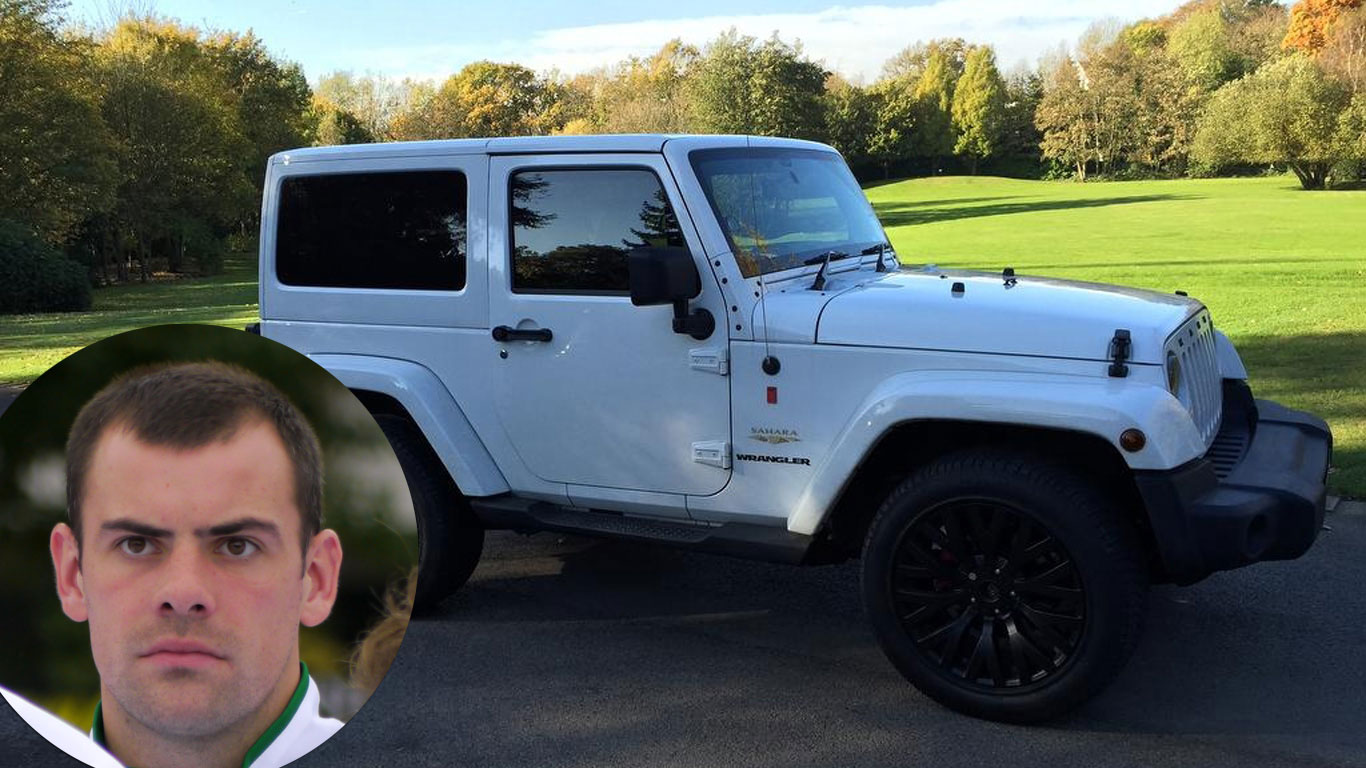 This Kahn Jeep Wrangler was formerly owned by Sunderland and Republic of Ireland midfielder, Darron Gibson. The 2011 car is actually rather tasteful, with red leather seats, 20-inch alloys and rather neat dials. The vendor is selling the Wrangler to fund a business start-up. The price: £19,999. 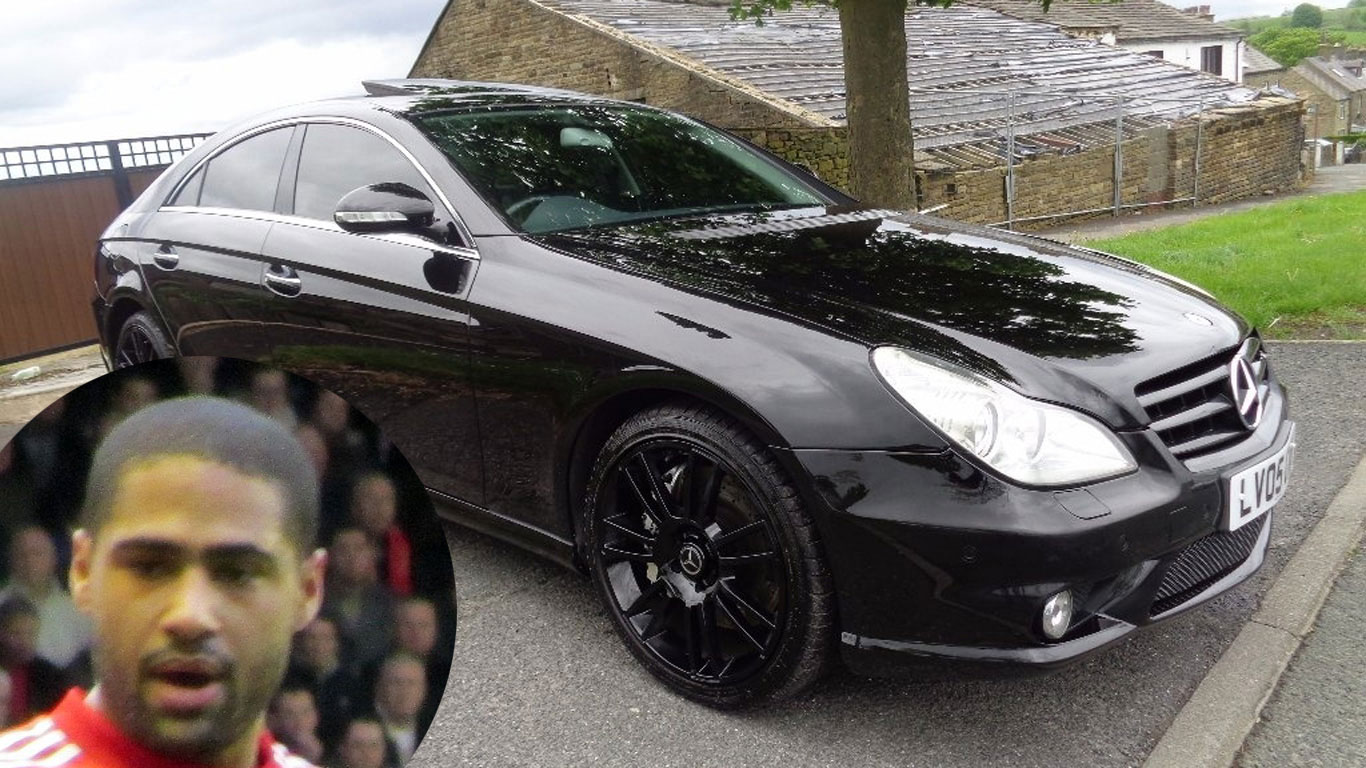 “No great entertainer,” is how Evo magazine summed up the Mercedes-Benz CLS55 AMG when it reviewed the car in 2004. The same couldn’t be said of Glen Johnson, who enjoyed some great spells at a host of clubs, winning 54 England caps along the way. The MOT history for this CLS55 AMG doesn’t make for particularly good reading; you might want to check for water in the boot… 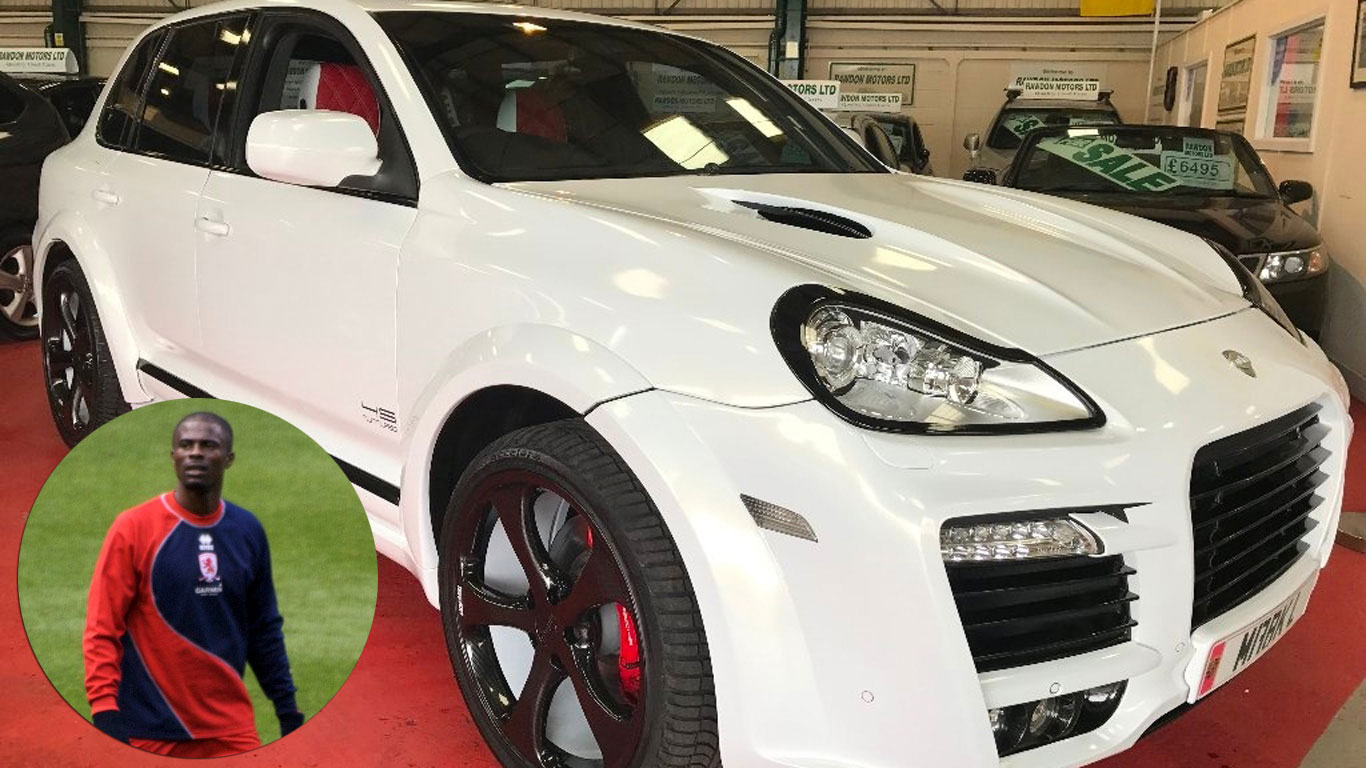 It’s a while since 41-year-old George Boateng played in the Premier League, but this is a quintessential footballers’ car. If you’re not a footballist, you’re unlikely to find the Techart Magnum conversion attractive, but the 4.8-litre turbocharged engine is said to offer “shattering performance”. You might want to find an MOT-friendly set of number plates, mind.