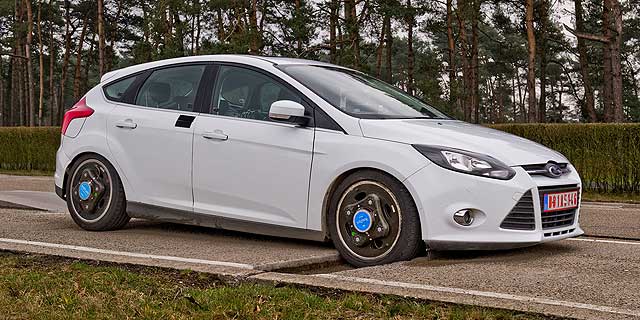 The Government has pledged £30,000 to help fund the further development of a smartphone app that reports potholes.

The Cyclists’ Touring Club initially developed the ‘Fill That Hole’ app for iPhones, which can be used by 9 million users.

Government cash means the organisation is now able to develop it for Android users too – meaning more than 26 million people will be able to use it and report potholes.

Although originally intended to be used by cyclists, who are at particular risk from potholes, the organisation has found all road users are downloading and using the app.

The new developments for the app, which sends pothole location information to local authorities, will be ready by February. That’s just in time for the start of  ‘pothole season’, when winter damage to roads will be at its worst.

Roads Minister Robert Goodwill said: “The Government is serious about tackling potholes. That is why we want people to tell councils where to find them so they can fill them in.

“This app means more people are going to be able to report potholes more easily.”

CTC Chief Executive Gordon Seabright said: “We are delighted to have the Government’s support for our ‘Fill That Hole’ website and app, which are already highly effective ways for road users to get potholes filled.

“This partnership with the Department for Transport will enable us to provide this free service to far more cyclists and other road users. It’s also a great example of CTC and the Government working together to get Britain cycling.”