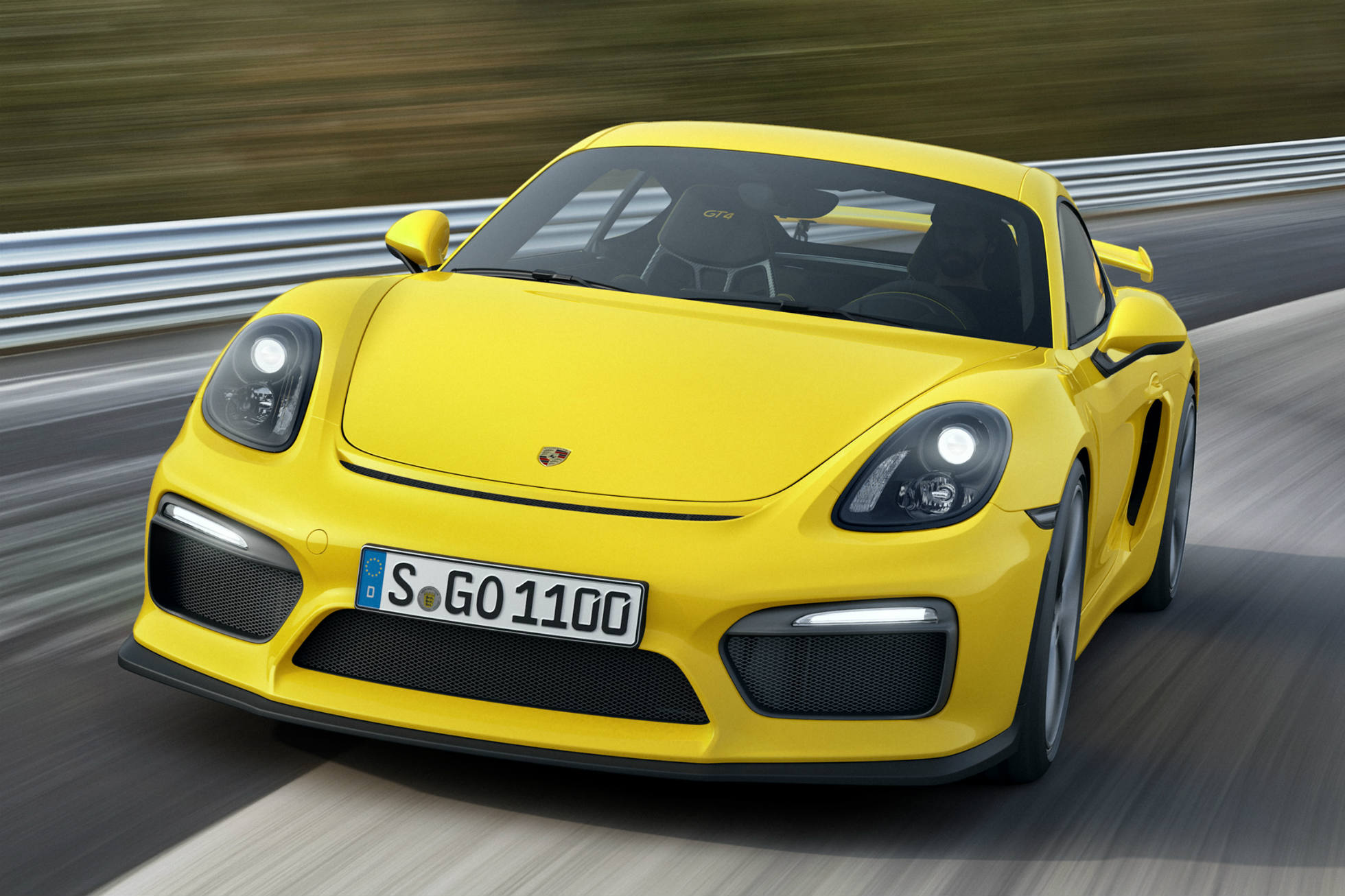 Good news – that yellow Porsche Cayman with the big spoiler we spotted in an official video just a week ago was the Cayman GT4.

After a day of hot releases in advance of the Geneva Motor Show 2015, including the Ford Focus RS and Ferrari 488 GTB, Porsche’s decided to top it all with details of its 385hp Cayman GT4.

The Cayman GT4, which has been rumoured for some time, is powered by the same 3.8-litre flat-six as the 911 Carrera S.

Output’s down from 400hp to 385hp (well, Porsche needs to give people a reason to buy the 911) – and it’s only available with a six-speed manual gearbox. No PDK here, like it or not.

As a result it’ll hit 62mph in 4.4 seconds (half a second faster than the Cayman GTS), and a top speed of 183mph. Apparently it can lap the Nurburgring in 7 min 40 sec.

The Cayman GT4 shares many chassis components with the 911 GT3, while it sits 30mm lower than a regular Cayman.

Aesthetically, the Cayman GT4 boasts three inlet openings in the nose and that rear wing to generate downforce.

Inside is a little more ‘race car’ than a standard Cayman, with leather and Alcantara sports seats, along with a unique sports steering wheel.

Orders are now open, with prices starting at £64,451. That’s a lot of money for a Cayman, and worryingly close to a 911… we’ll see one in the metal for the first time at next month’s Geneva Motor Show. 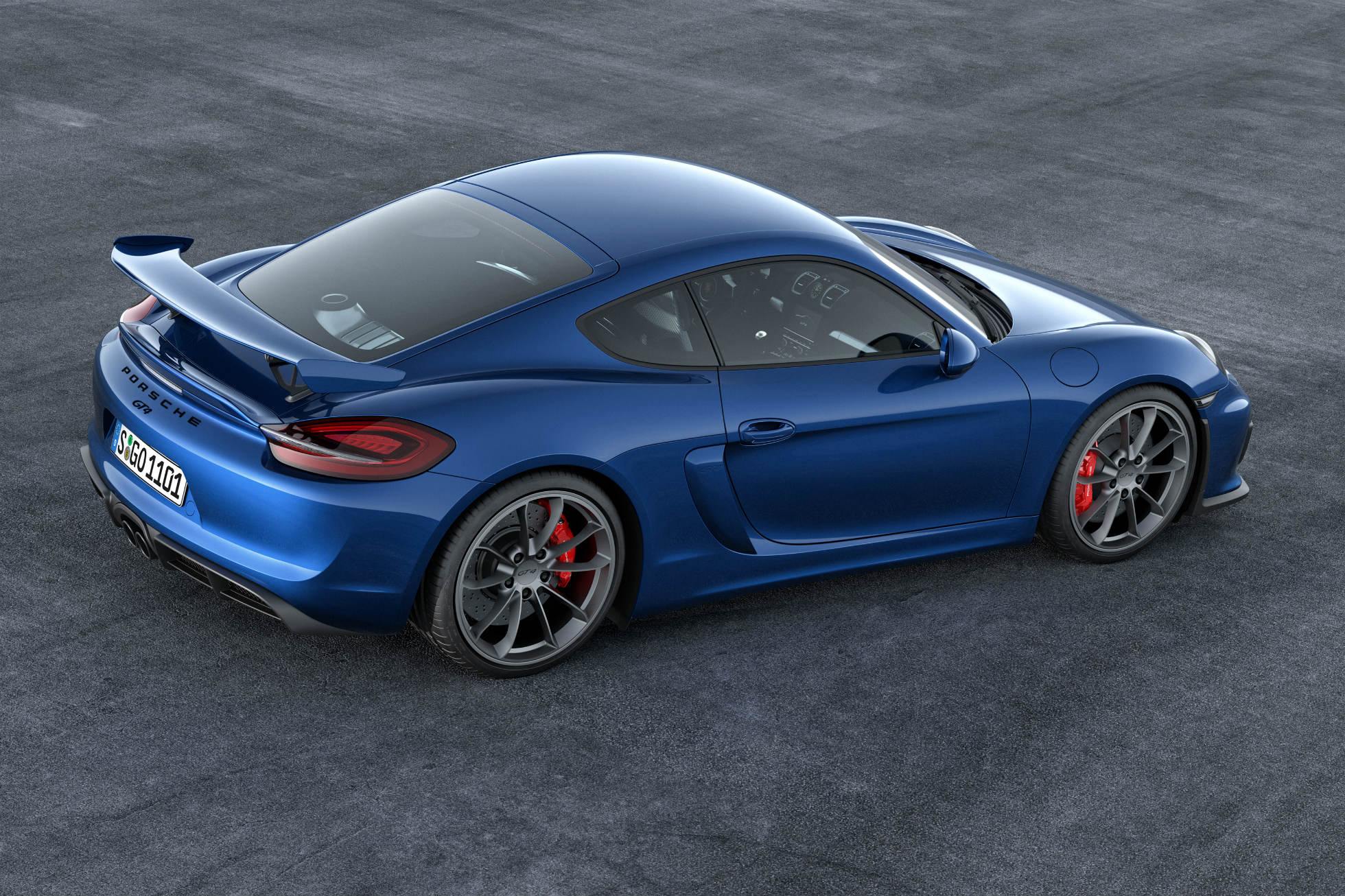