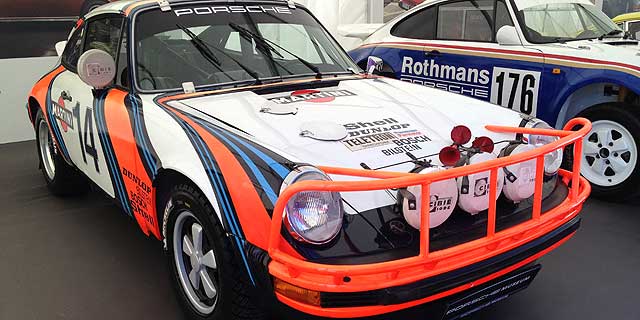 Porsche is set to reveal a 911 ‘crossover’ with a raised ride height, increased ground clearance and tough body cladding.

The new concept will be similar in concept to Audi’s A4 and A6-derived Allroad models and be revealed at the 2014 Beijing Motor Show in April.

Car and Driver says the new concept will be called 911 Safari and, if well received, could make production by 2016 – timed to coincide with a facelift for the 991 911 range.

The idea is to appeal to potential drivers in areas such as Russia, China and South America, where roads are poorer and the traditional low-slung supercar struggles. Such thinking led to another VW Group crossover supercar concept a few months ago at the 2013 Frankfurt Motor Show – the Audi Nanuk.

MR actually drive the fiendishly loud 911 3.0 SC Safari at the Goodwood Festival of Speed earlier this year: we can report there was nothing reserved about the welcome it received. People were convinced.

If the firm can create a suitably convincing modern-day interpretation, then the multifaceted 911 range could be set to receive another new variant…