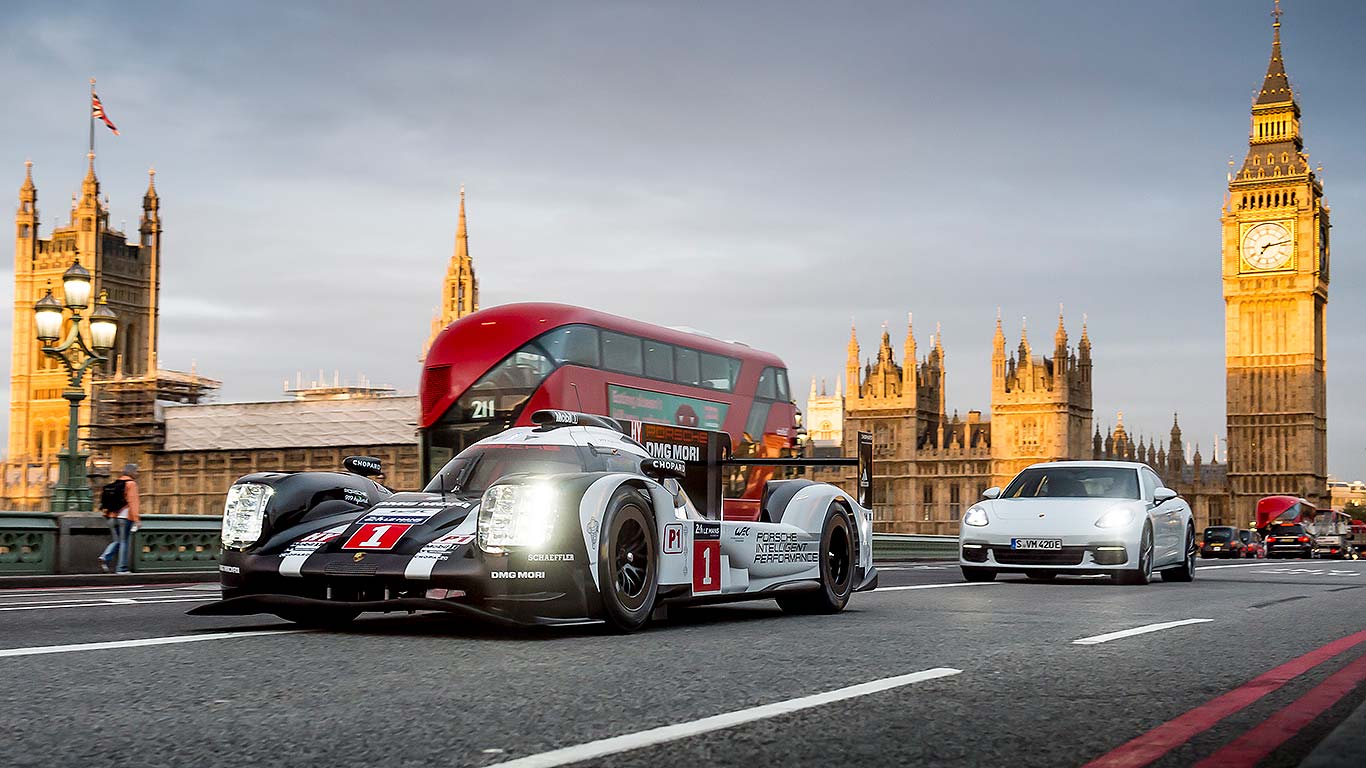 Porsche has staged an incredible stunt on the streets of central London. Driver Mark Webber has demonstrated the Le Mans-winning 919 Hybrid racing car on the road in a four-mile early-morning dash from Park Lane to Westminster Bridge. Join us to see how the world-first event unfolded…

Why was Porsche doing it? 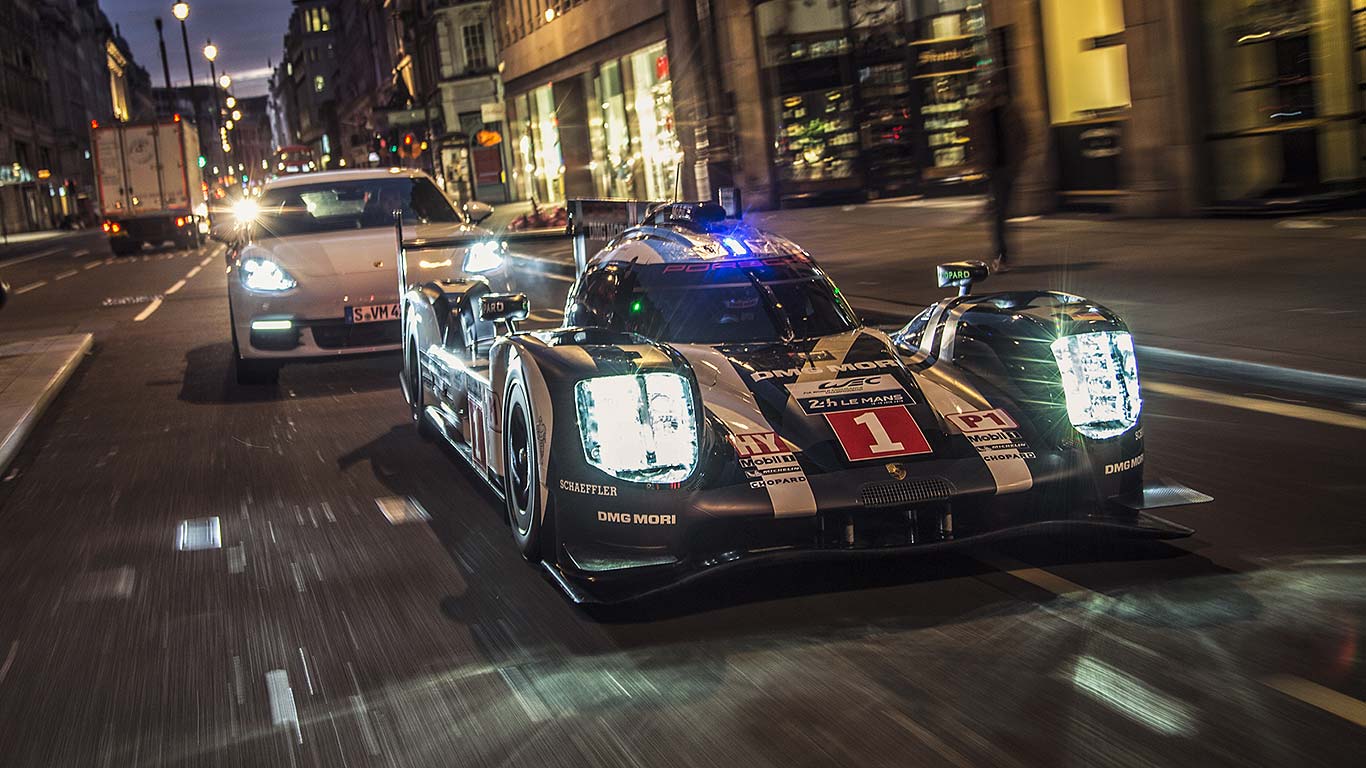 Porsche staged the radical demonstration run to showcase its hybrid technology. In convoy with Webber’s 919 Hybrid was a new Panamera 4 E-Hybrid, which makes its official debut later this week at the Paris Motor Show. “The starting point is the track and we transfer it to the road,” said a Porsche spokesman. “We want to show Porsche hybrid technology can enhance, rather than hinder performance”. And what a way to do it.

Were the roads closed? 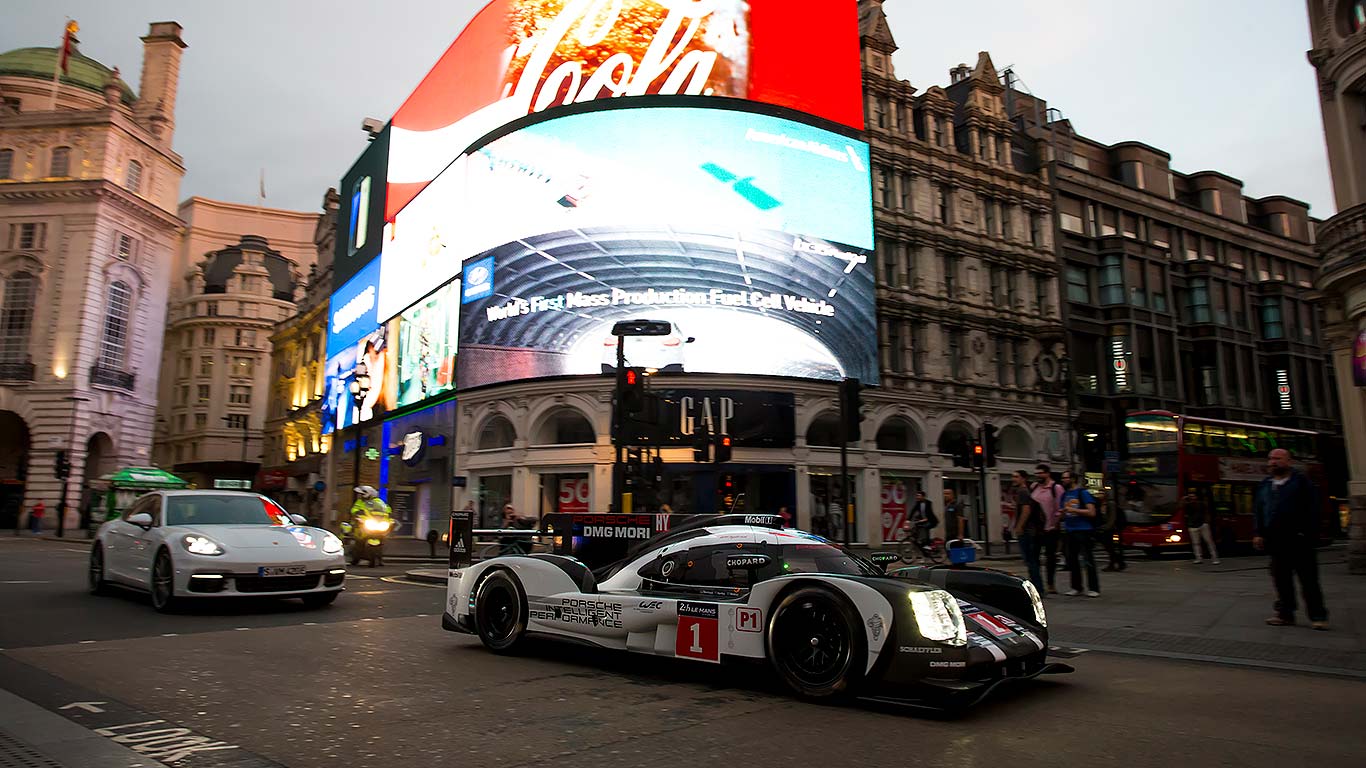 Even at 6am, it’s almost impossible to close roads on a weekday in London. Porsche’s solution? A full team of outriders giving Webber’s 919 Hybrid a police escort throughout the course. Just one slight problem: the rolling roadblock meant Webber had to stick strictly to the speed limit, despite having almost 1,000hp under his right foot…

Where did the course go? 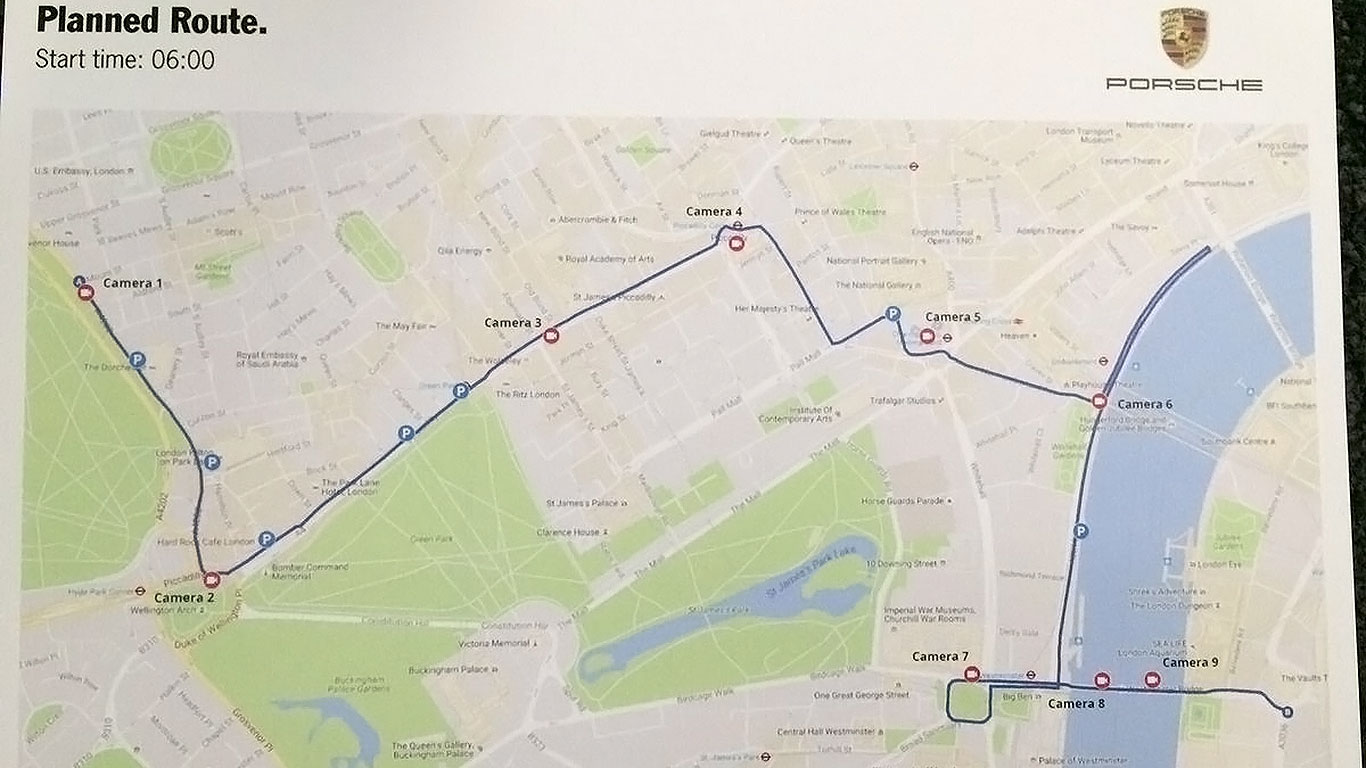 After starting in Park Lane, Webber drove his 919 Hybrid south and onto Piccadilly, heading into London’s West End and through Piccadilly Circus. He then went down towards Charing Cross and Embankment, past Parliament Square and over Westminster Bridge. 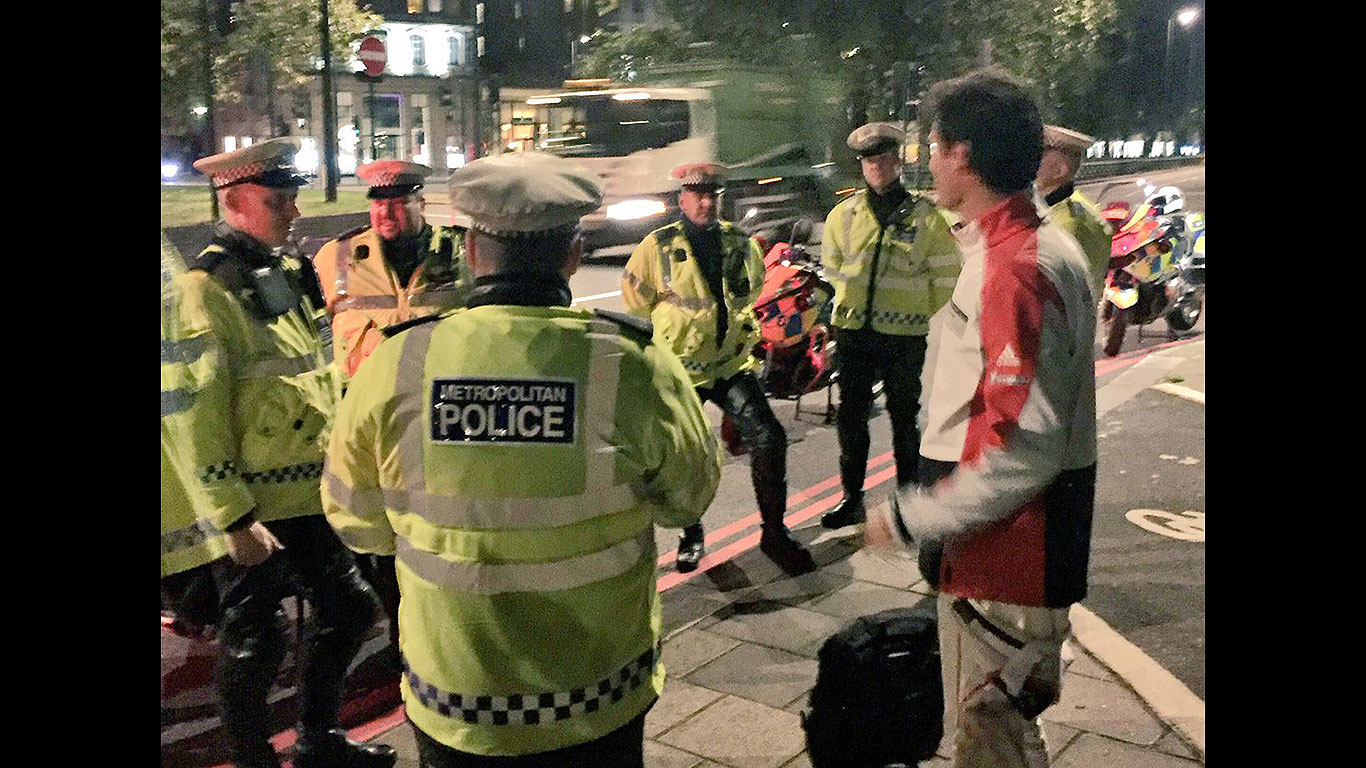 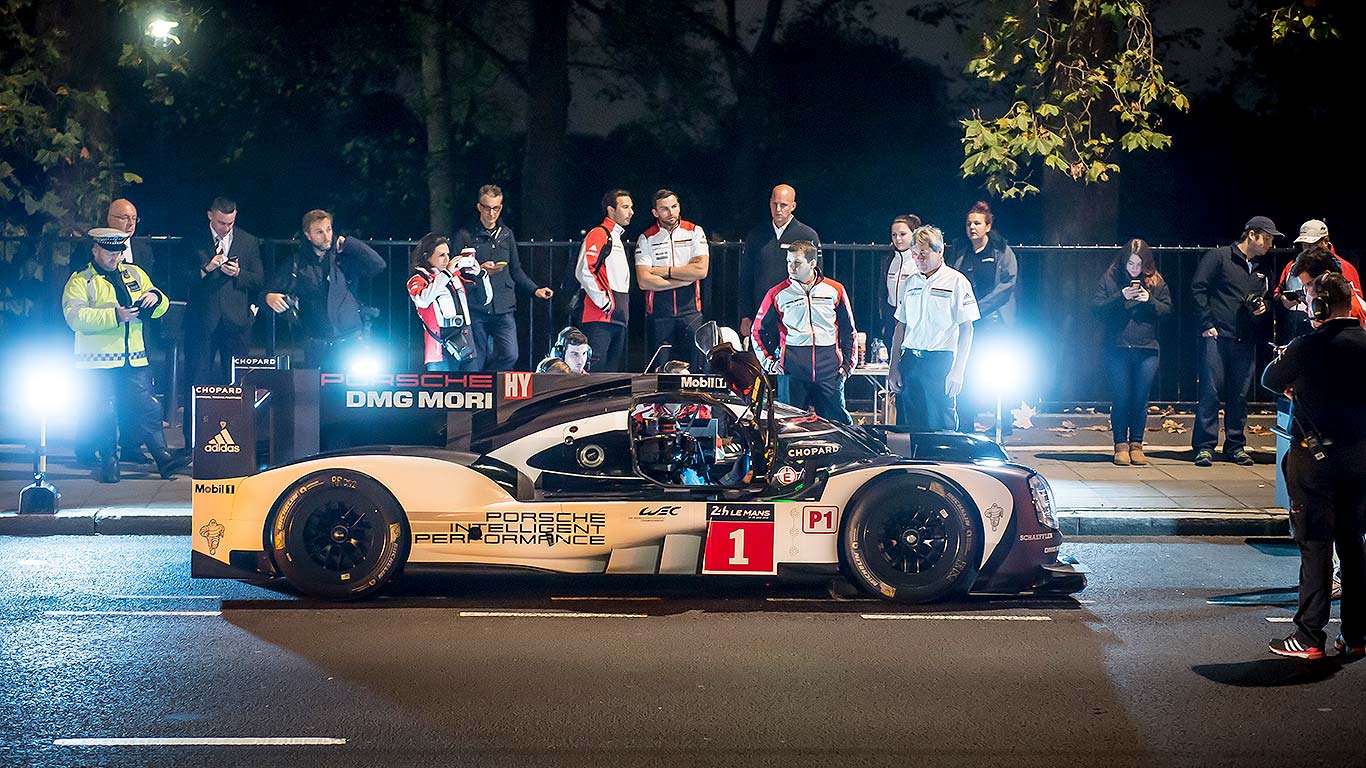 After setting up through the night, Porsche fired up the engines of the 919 Hybrid at 6am, providing rather a loud wake-up call to the wealthy residents of one of London’s most exclusive postcodes.

Did Webber just do the one run? 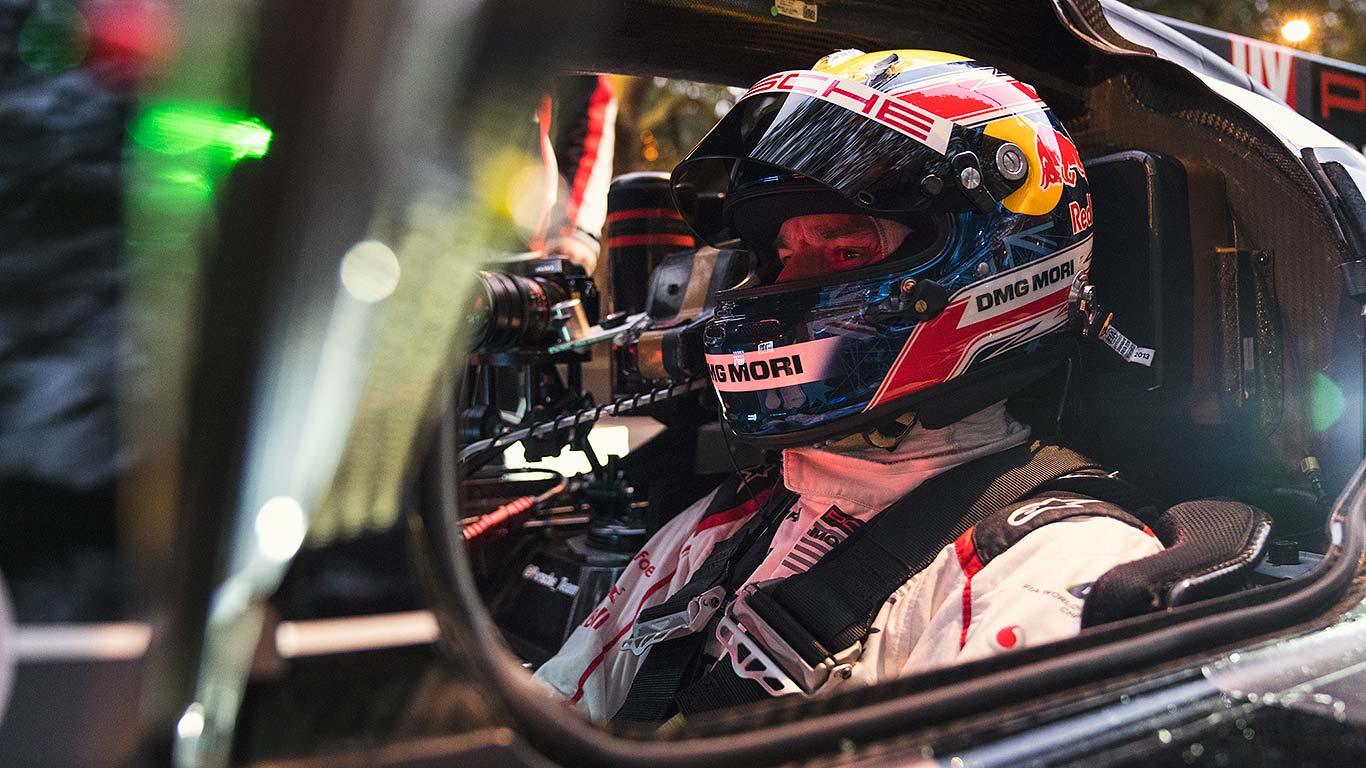 Amazingly, after reaching Westminster Bridge, Webber turned around and headed back to Park Lane, before repeating the run. This was despite the early morning traffic. Webber really did mingle among the commuters rushing to beat the London Congestion Charge start-time at 7am.

What is the Porsche 919 Hybrid? 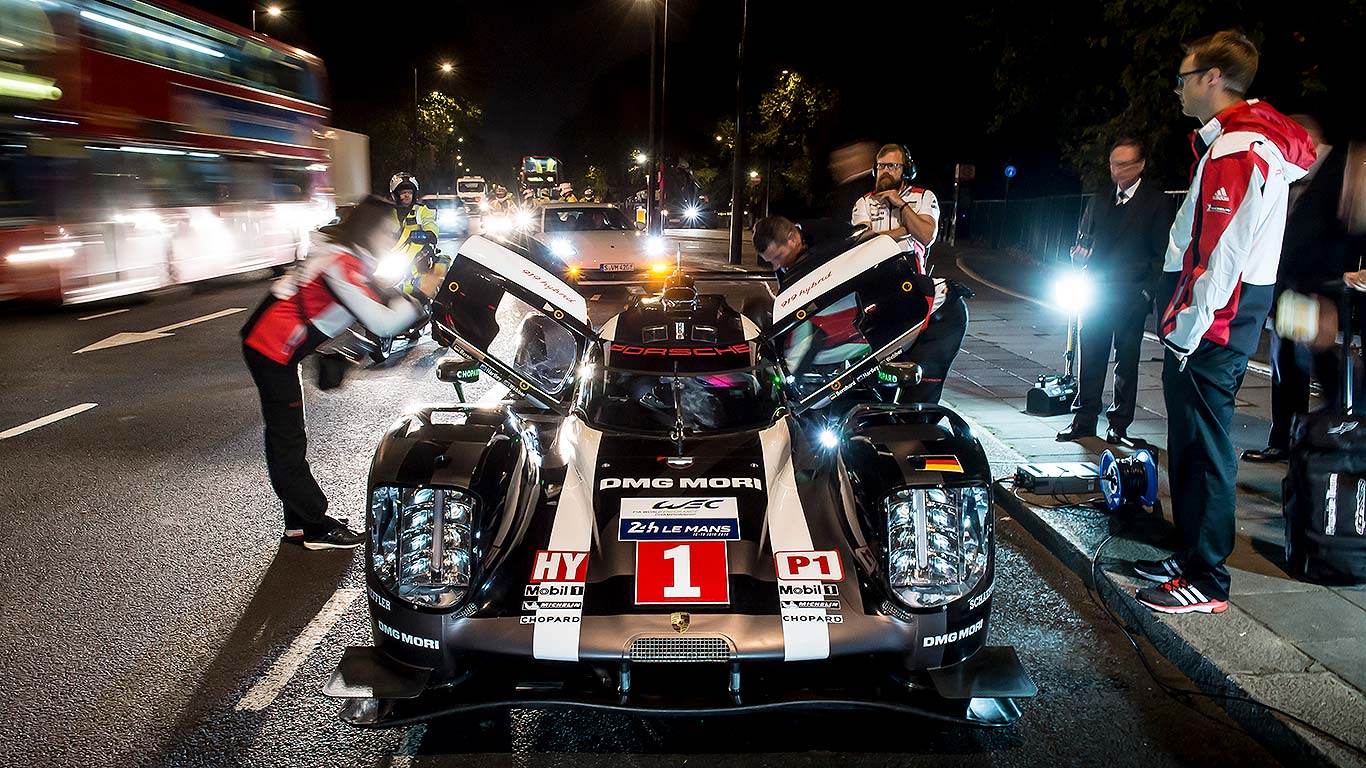 The Porsche 919 Hybrid is the firm’s LMP1 racer in the World Endurance Championship for sportscars. It combines an innovative 2.0-litre V4 petrol engine with an electric motor to produce well over 900hp, giving it unbelievable performance and economy on the racetrack.

Is the Porsche 919 Hybrid successful? 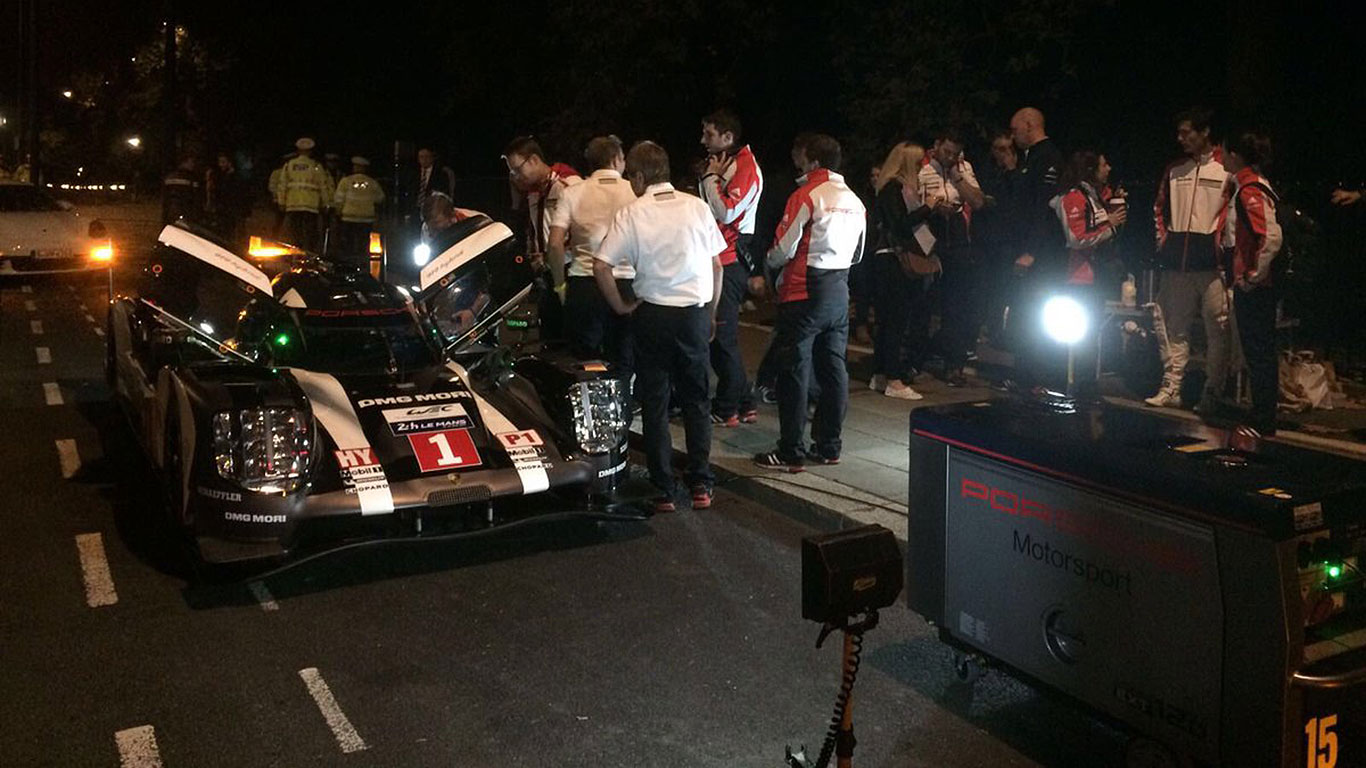 The 919 sports-prototype racer is very successful indeed. It made its race debut in 2014, won the driver’s championship and constructor’s championship in 2015, and is currently on course to do the same in 2016. The 919 Hybrid has also won the world-famous 24 Hours of Le Mans race two years running.

Porsche racing car on the streets of London: in pictures