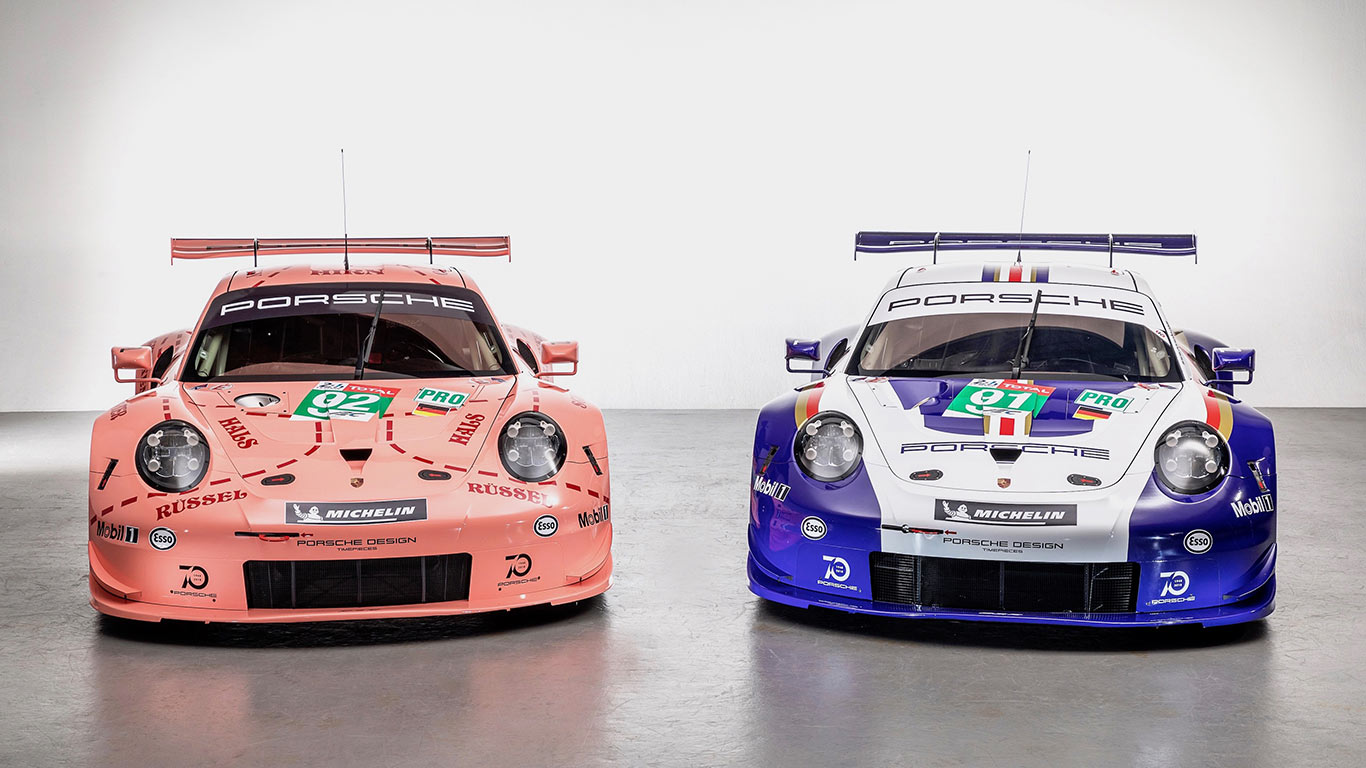 With 10 911 RSR set to compete in this year’s Le Mans 24 Hour endurance event, Porsche has made sure two cars will certainly stand out.

As part of the celebrations for the 70th anniversary of Porsche sports cars, Zuffenhausen has dipped into the back catalogue for some retro colour schemes. Unveiled at the official test session for the upcoming 24-hour race, fans are already getting excited. 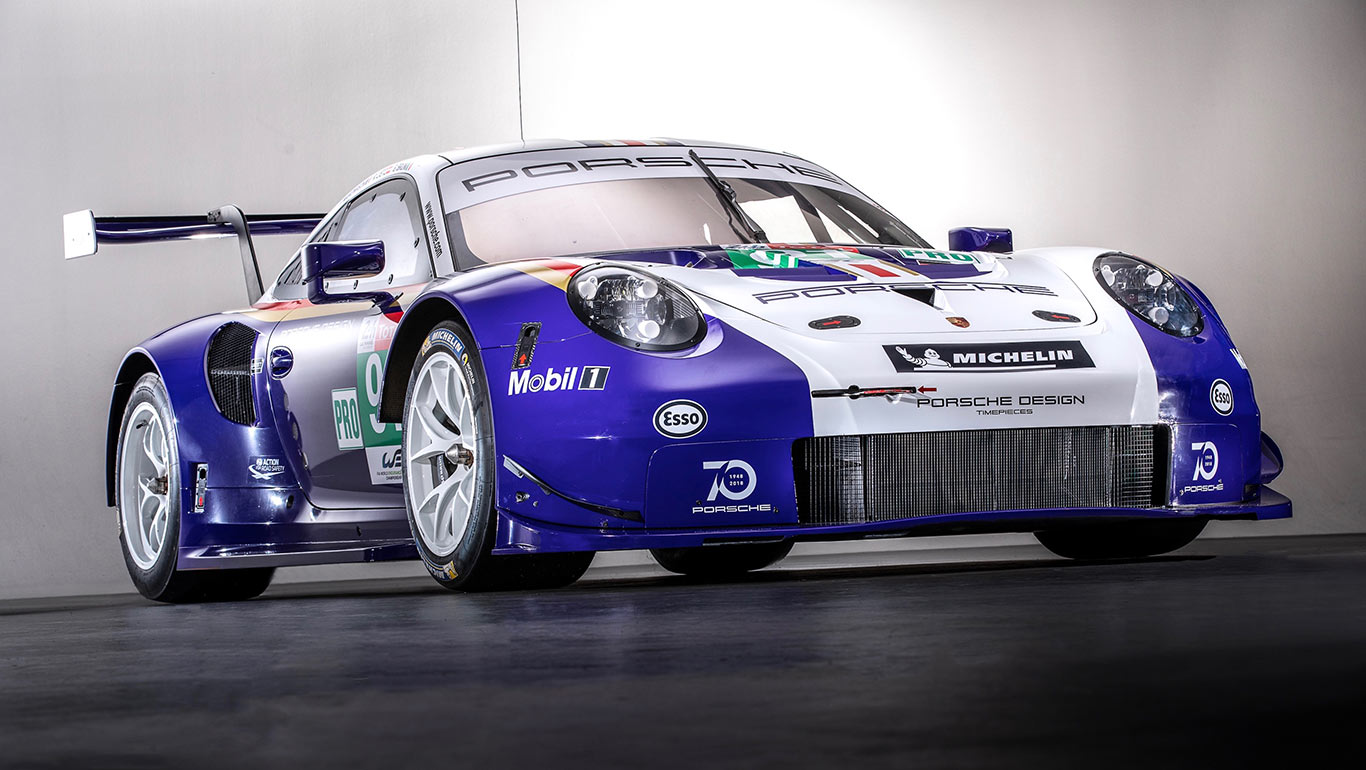 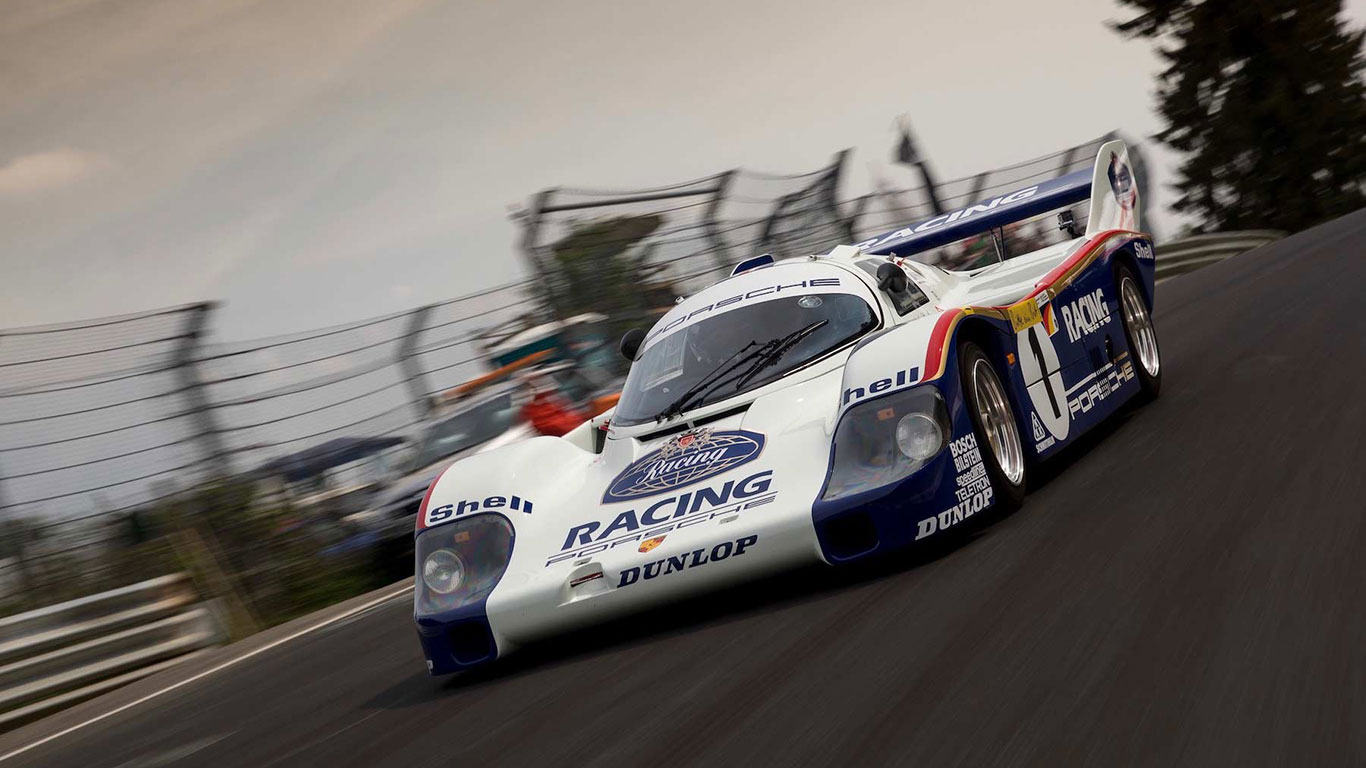 Although tobacco sponsorship is no longer permitted in most forms of motorsport, it did create some iconic liveries. The blue-and-white colour scheme of Rothmans International was worn by a number of Porsche racers during the 1980s.

Most famously worn by the fearsome Le Mans winning 965 C and 962 C prototype racers, Rothmans coloured Porsches won the event four times between 1982 and 1987. The Porsche 959, winner of the 1986 Paris-Dakar rally, also featured the blue-and-white livery. 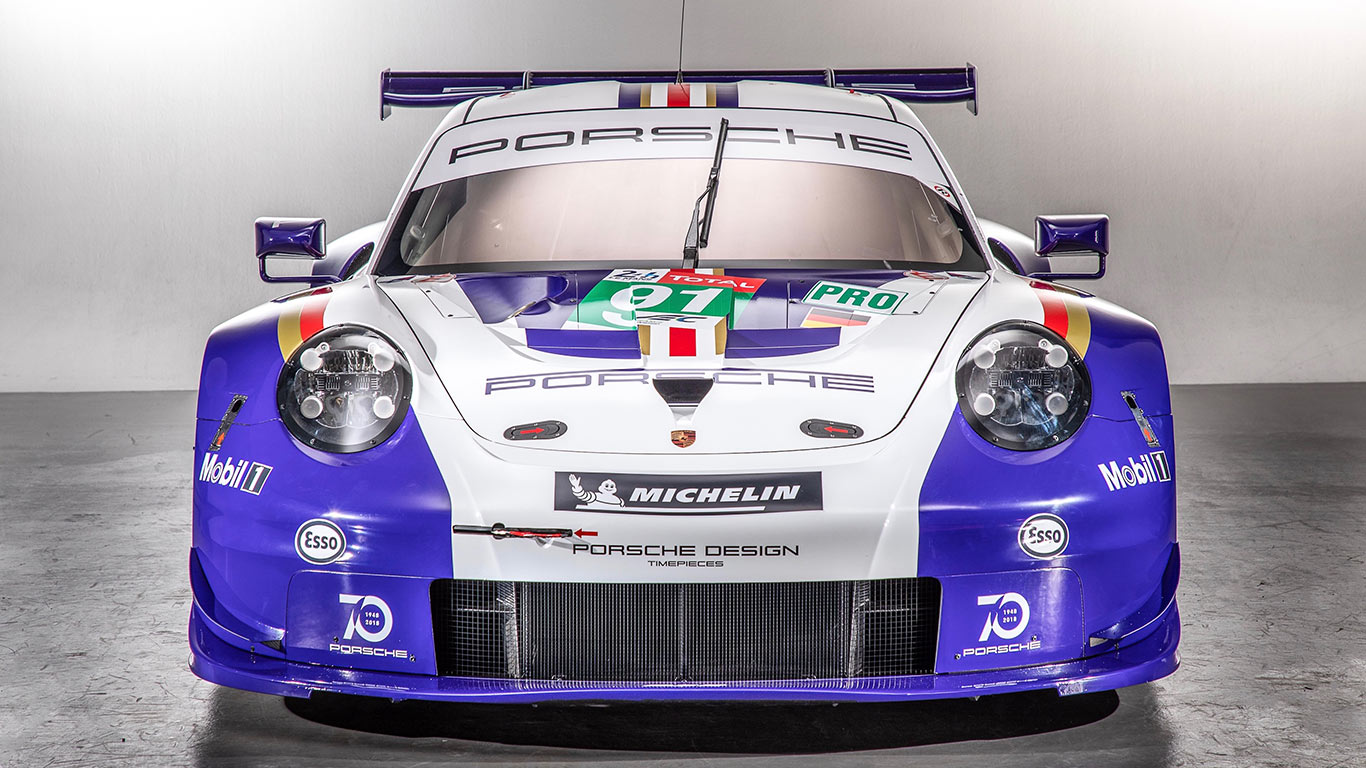 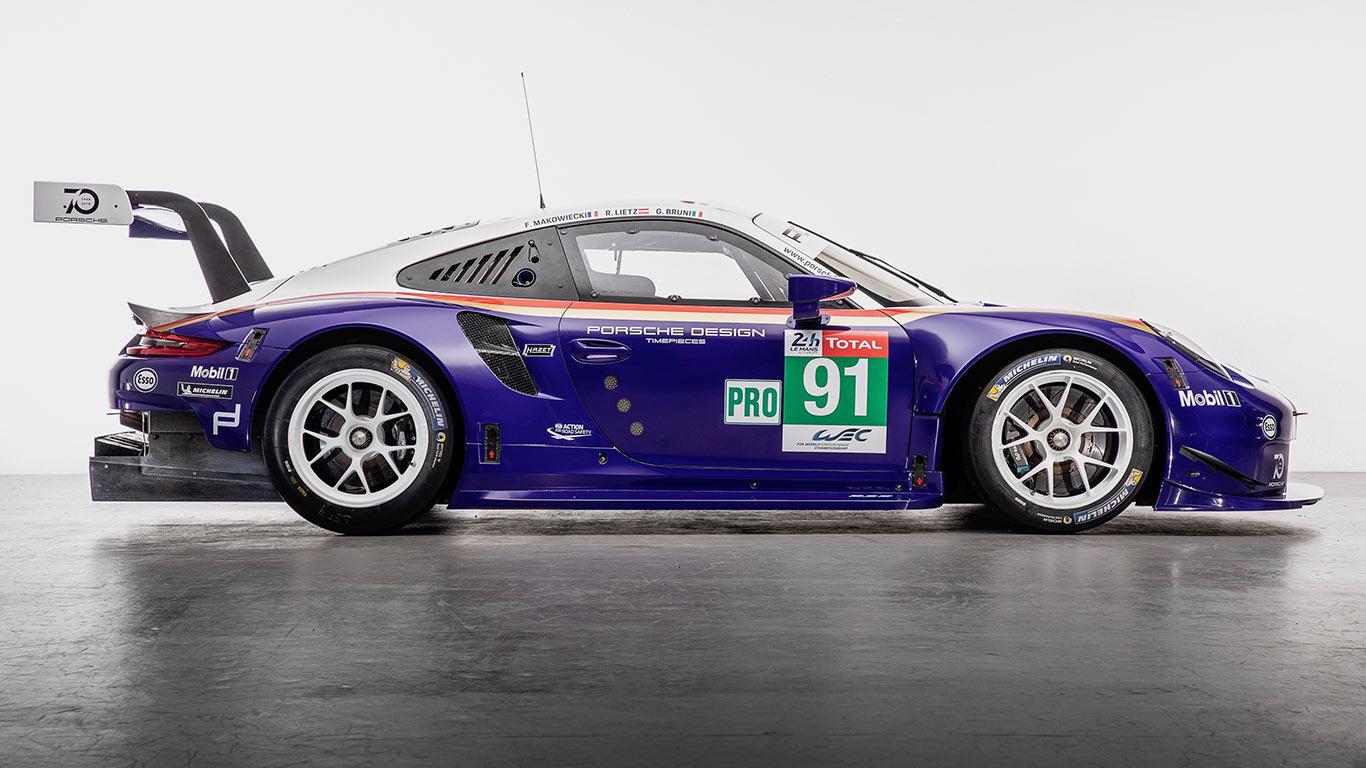 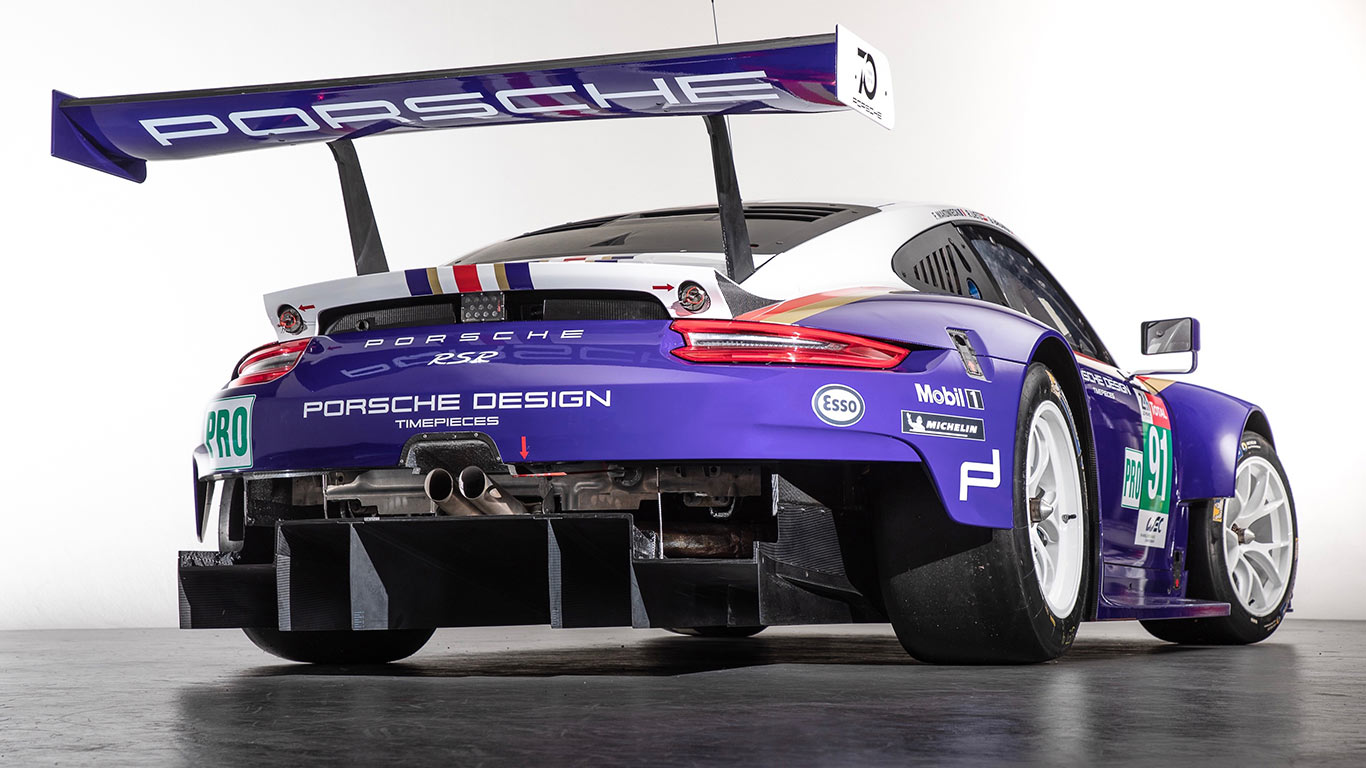 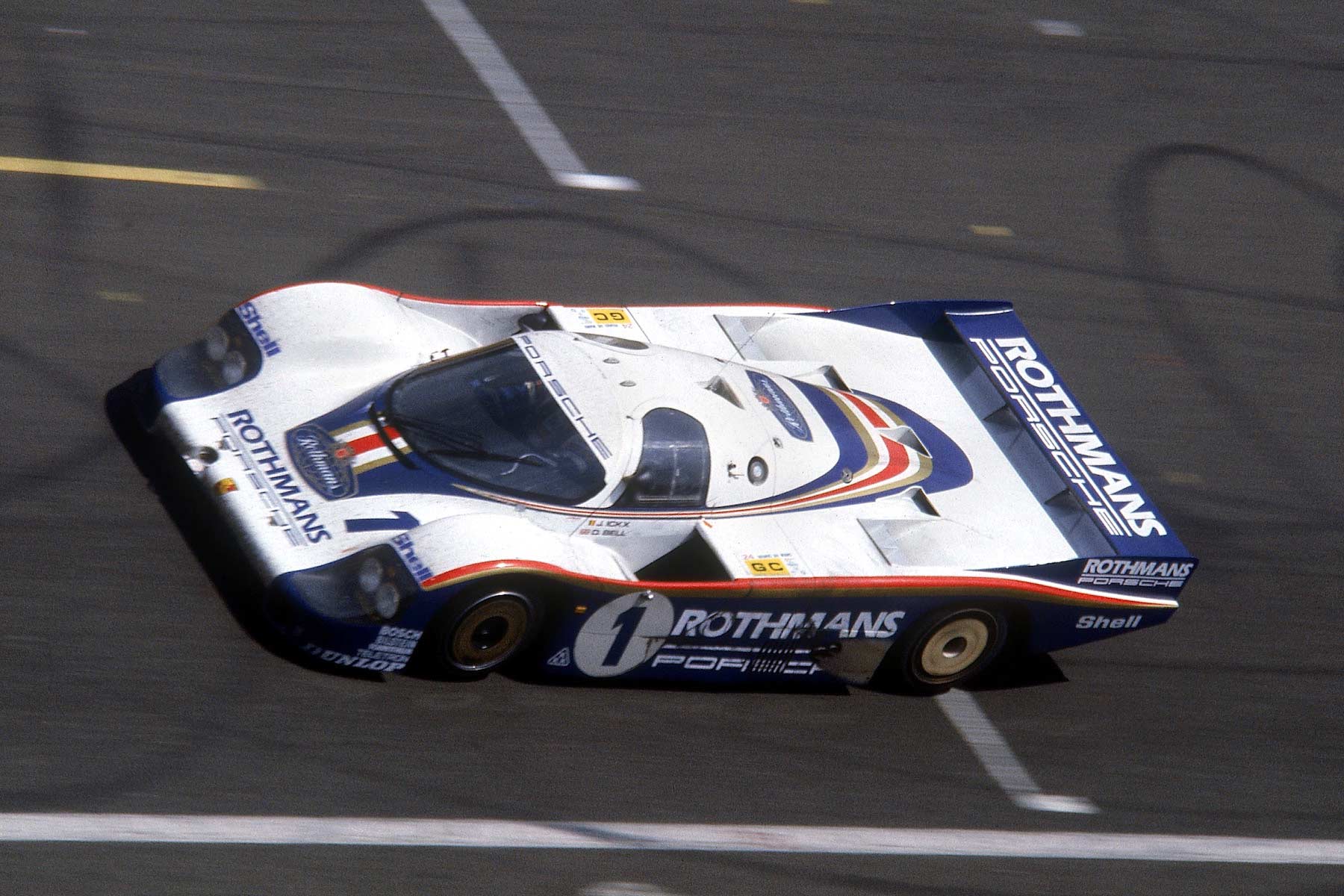 This year it will be Porsche 911 RSR number 91 dressed in the former Rothmans International colours. Drivers Gianmaria Bruni, Richard Lietz, and Frederic Makowiecki will be hoping it brings them the same good fortune as it did for those in 1980s. 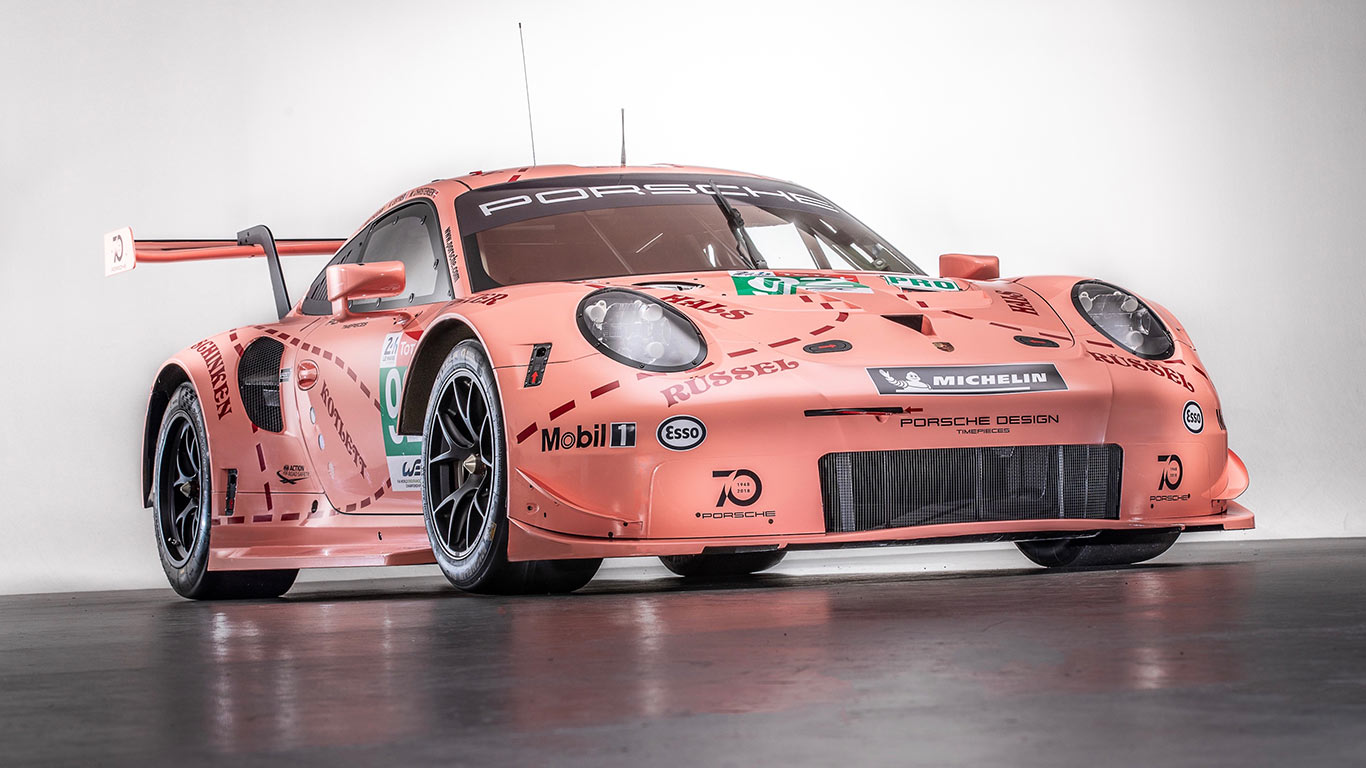 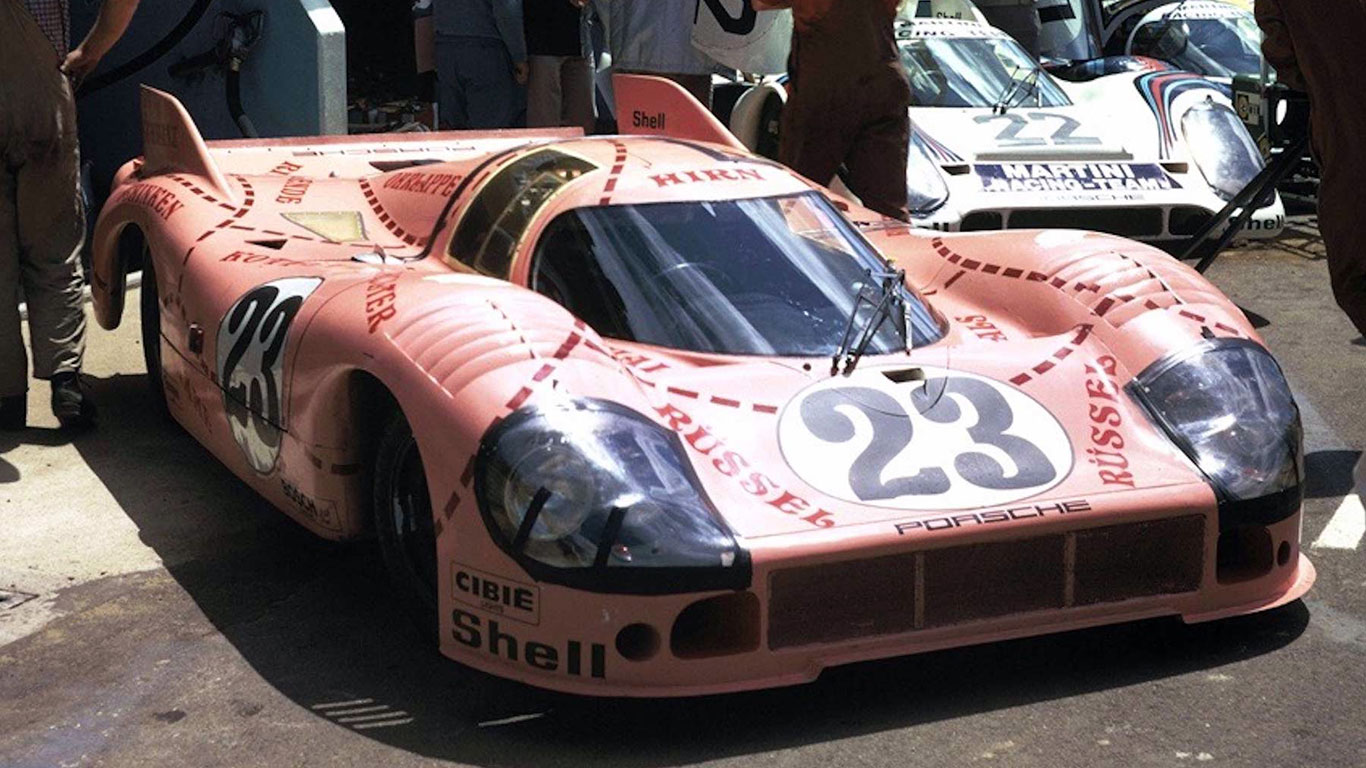 A Porsche Le Mans racer painted pink, and with sections of the car labelled to look like a butcher’s diagram? Well, it was the 1970s! The one-off 917/20 took part in the 1971 Le Mans 24 Hour event, and was an experiment combining two versions of Porsche’s prototype racer.

The 917/20, also known as the ‘Trufflehunter of Zuffenhausen’, failed to finish the 1971 event, retiring during the night with brake failure. Despite initial promise shown in qualifying 7th on the grid, the 917/20 would never race again, furthering the iconic appeal of the crazy livery. 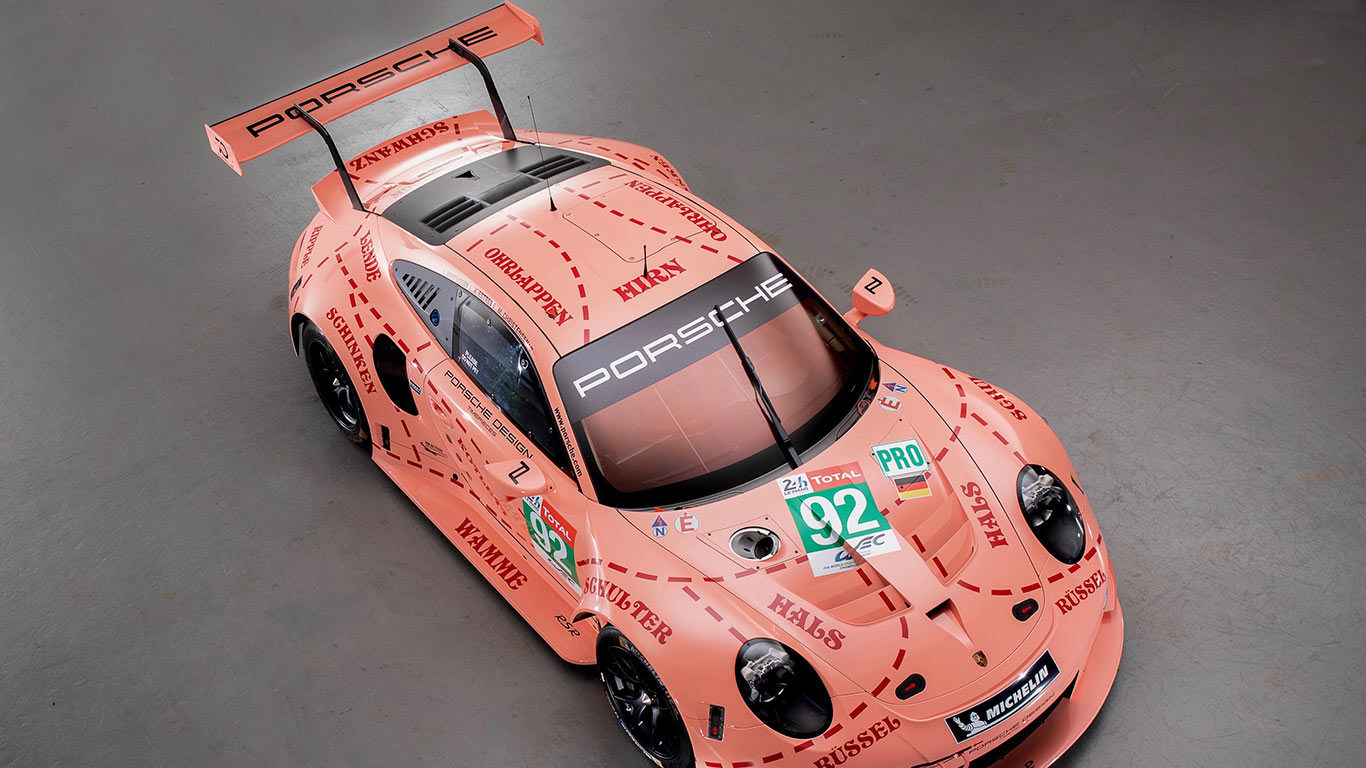 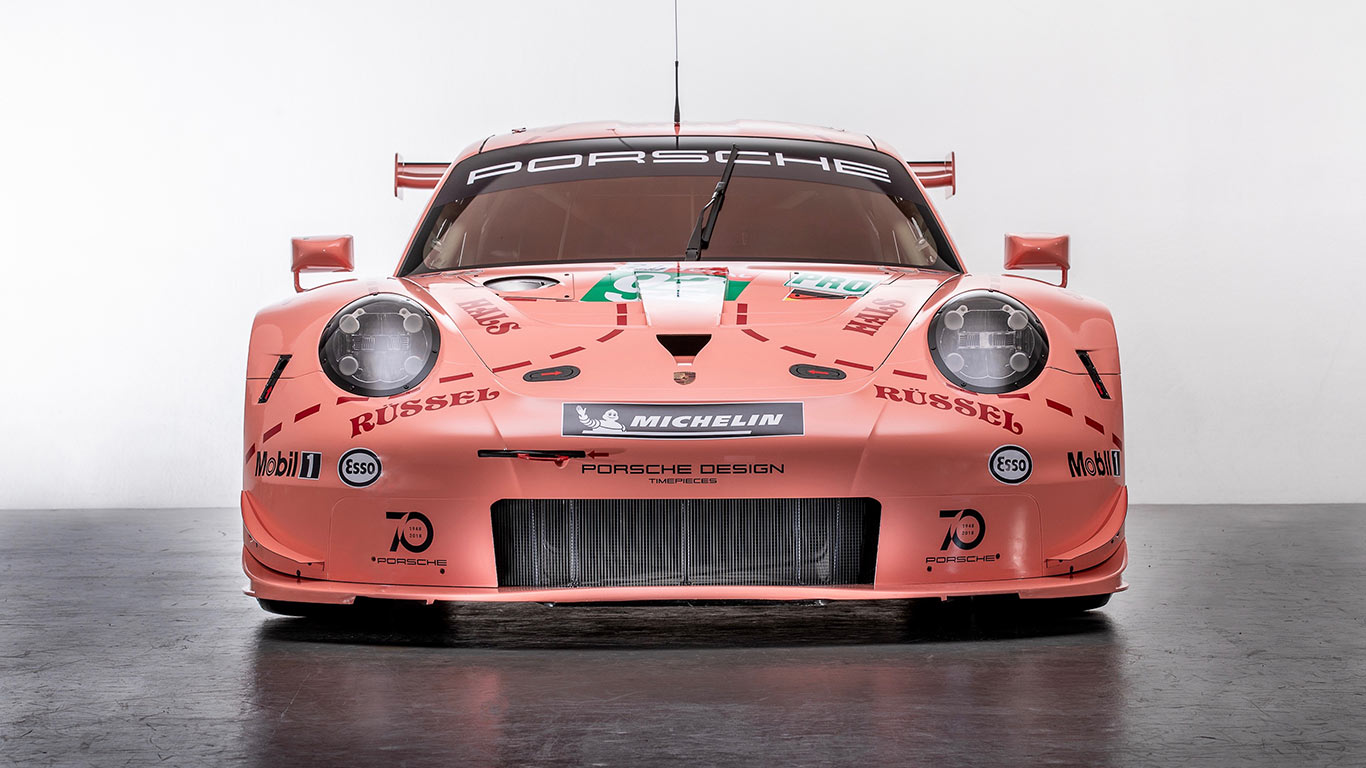 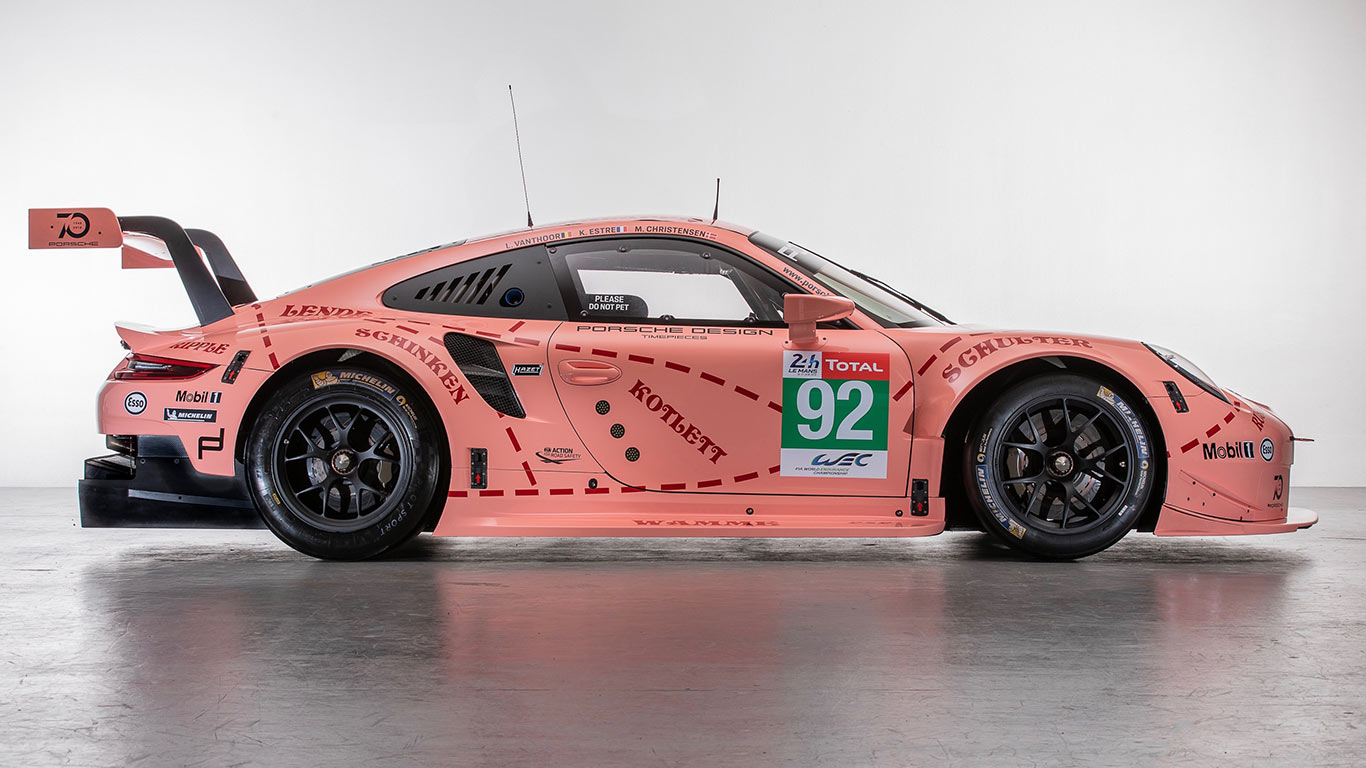 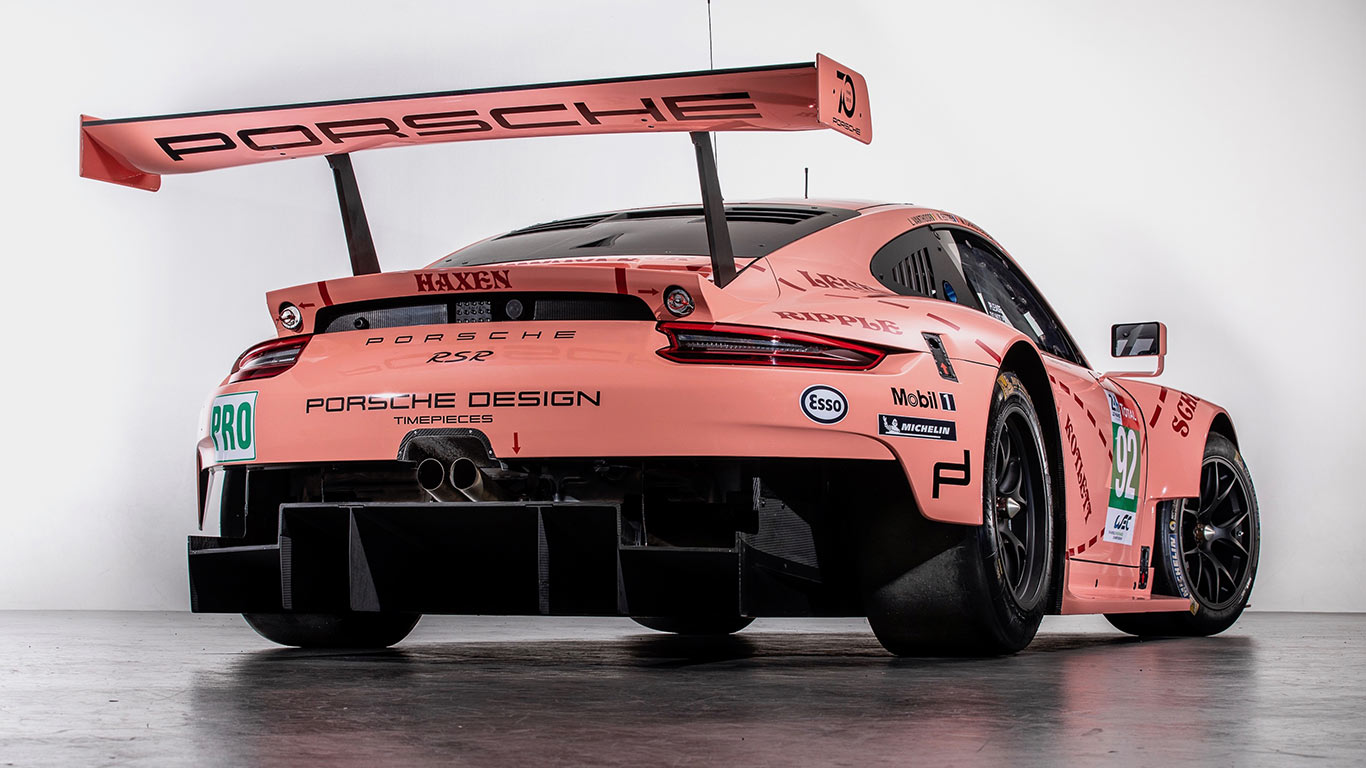 Aiming to bring home the bacon this year, Kevin Estre, Michael Christensen, and Laurens Vanthoor will be driving the number 92 Porsche 911 RSR. 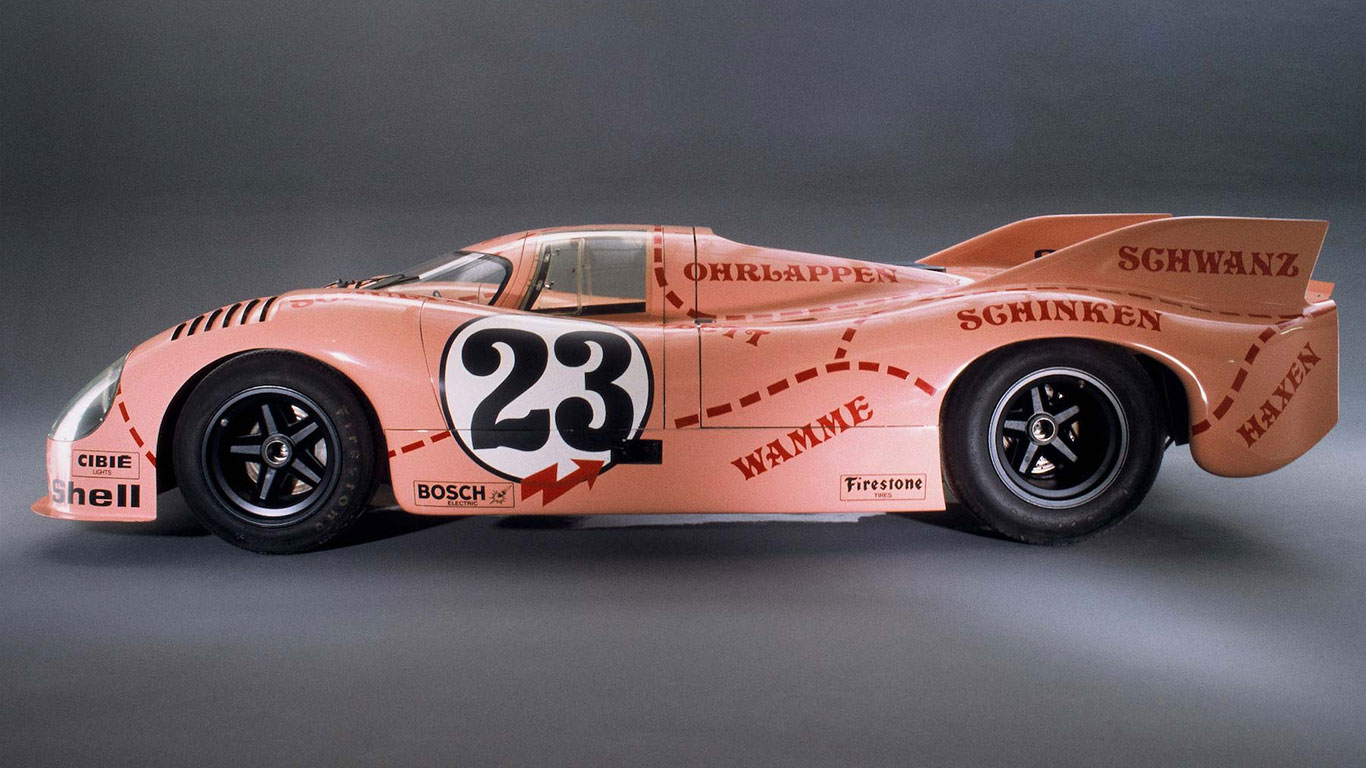 Porsche is not competing in the premier LMP1 category at Le Mans this year, having withdrawn to focus on entering Formula E.

However, with ten 911 RSR contenders split between the LMGTE Pro and Am categories, Porsche has a strong chance of adding to the more than 100 class-win trophies it already has.

We’ll see if the classic colour schemes bring good luck on the 16th and 17th June.