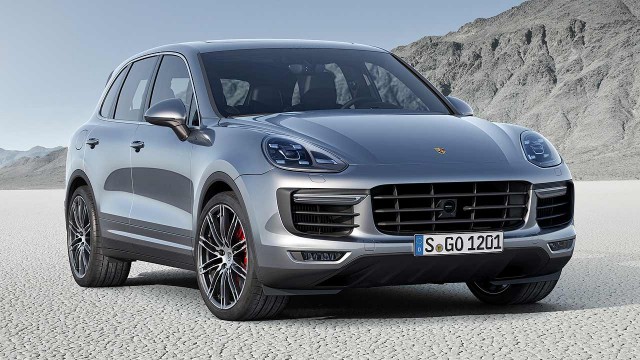 Porsche has revealed an extensive update for its most important profits-generating car on sale, the Cayenne – one inspired by the model that may become its profit-generating epicentre of the future, the Macan. 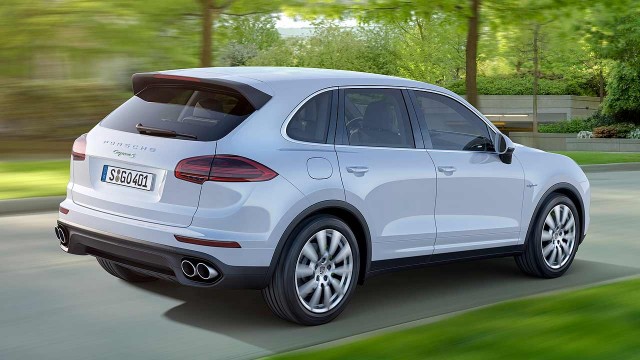 The most staggering statistic is fuel economy: 83mpg, and 79g/km CO2. Wow. Even a new Toyota Yaris Hybrid can only go 4g/km better.

What about the other engines in the facelifted Porsche Cayenne range?

The non-hybrid Porsche engines boast incremental gains. The 3.0-litre V6 Diesel now produces 262hp and can return up to 42.8mpg, while also being Euro 6 compliant. The 385hp 4.2-litre V8 S Diesel isn’t Euro 6 yet, but can reach 62mph from rest to make up for improving 35.3mpg economy. The V8 petrol alternative, the Cayenne Turbo, now produces 520hp for 0-62mph in 4.4 seconds with the optional Sport Chrono pack; it can now just crack the 25mpg barrier. 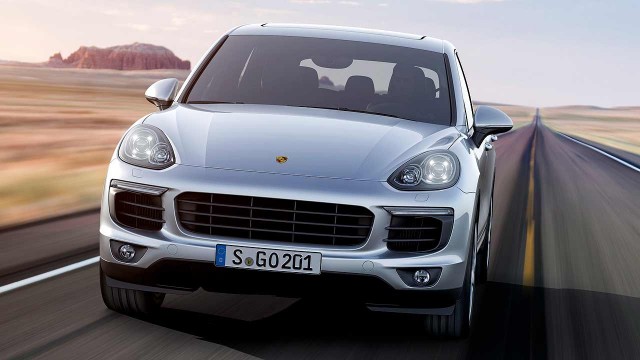 Visually, for a mid-life facelift, Porsche has done a lot to the Cayenne. New front wings and bonnet ease the shut line outwards, to the tips of the wings; this gives a bigger bonnet opening, presumably to help drop in those new and more ancillary-packed engines. It also has air blades in the nose, and offers a set of Porsche 918-look four-point LED headlights. 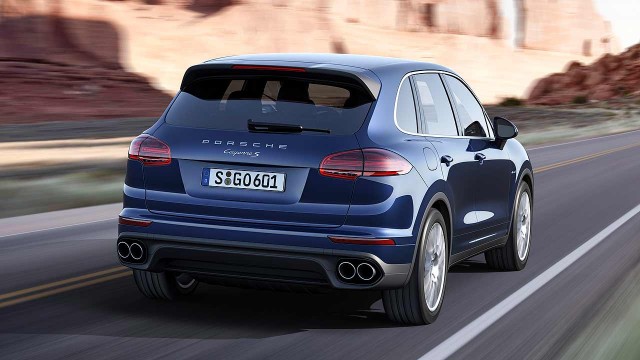 The rear end has been tidied up and made to look visually wider, and Porsche says it’s also tidied up the interior, albeit without actually showing us any images of it. Dang. Key upgrades include a 918 Spider-style steering wheel with paddle shifts as standard, plus more comfortable rear seats which are now offered with seat-cooling.

Is the new Cayenne any more expensive?

In the middle of the line-up are the Cayenne S Diesel and Cayenne S E-Hybrid, both costing £61,474. This is done on purpose, says Porsche, to give customers “a clear choice depending on how they intend to use their car”. Is it just us that predicts the S E-Hybrid will prove most popular, even though it’s 1.5 seconds slower 0-62mph? We shall see…

You sense even Porsche itself can’t quite believe how the Cayenne has taken off. The original sold 276,000 units between 2002-2010; already, 303,000 examples of the current one have been sold, in half that time. The firm admits the Cayenne “is not only boosting profitable growth at Porsche, it is also creating a solid economic foundation for investments in future generations of sports car”. The future of Porsche sports cars depends on this generating the profits. How pleasing to read it’s so much improved, then.