The Porsche 917 and Concorde are two titans of speed that share a 50th birthday this year. A great excuse for an artsy photo shoot featuring both... 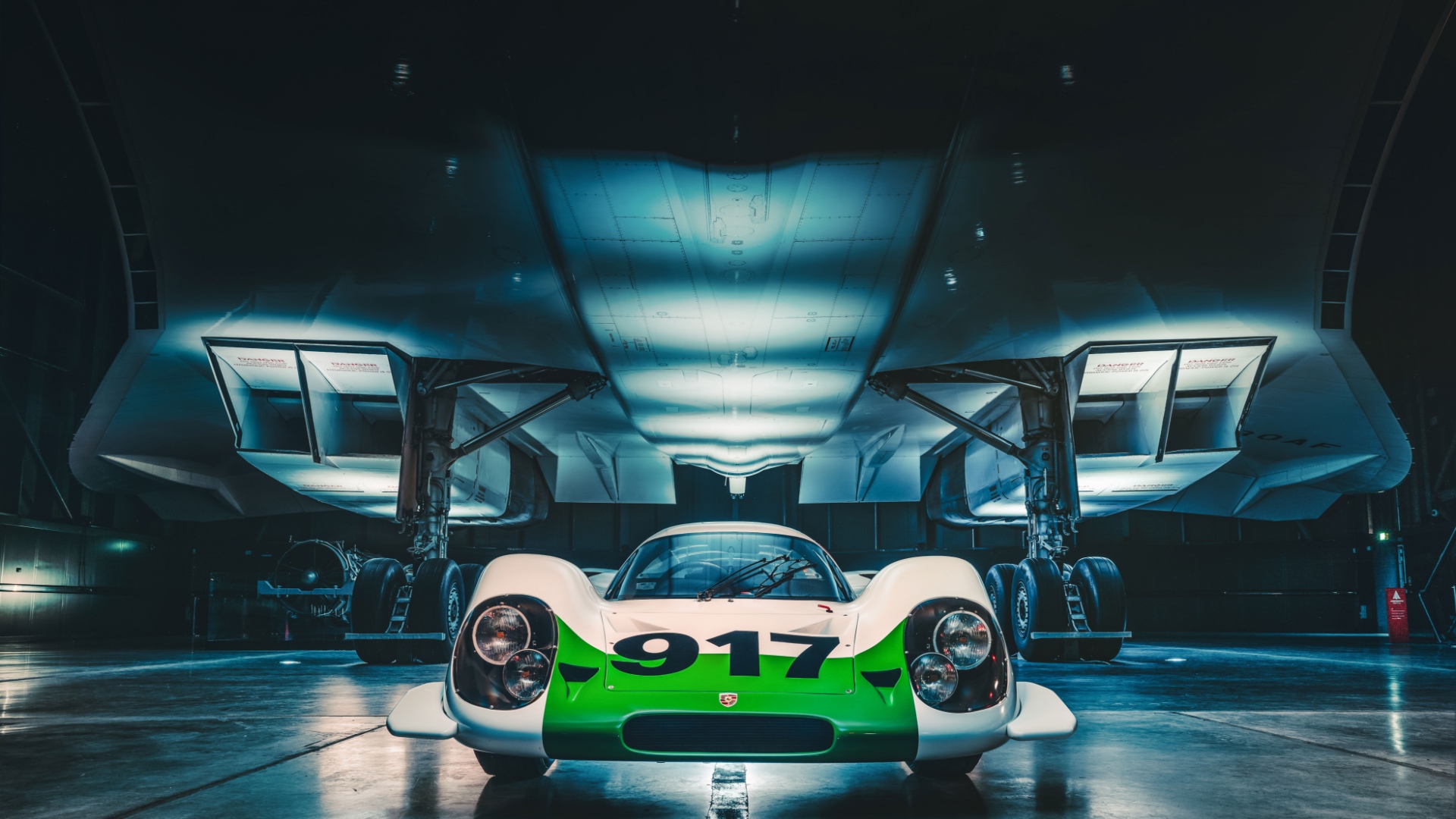 The Porsche 917 and Concorde are two titans of speed that share a 50th birthday this year. It’s a significant anniversary and in no small part, a great excuse for a gratuitously artsy photo shoot featuring both. 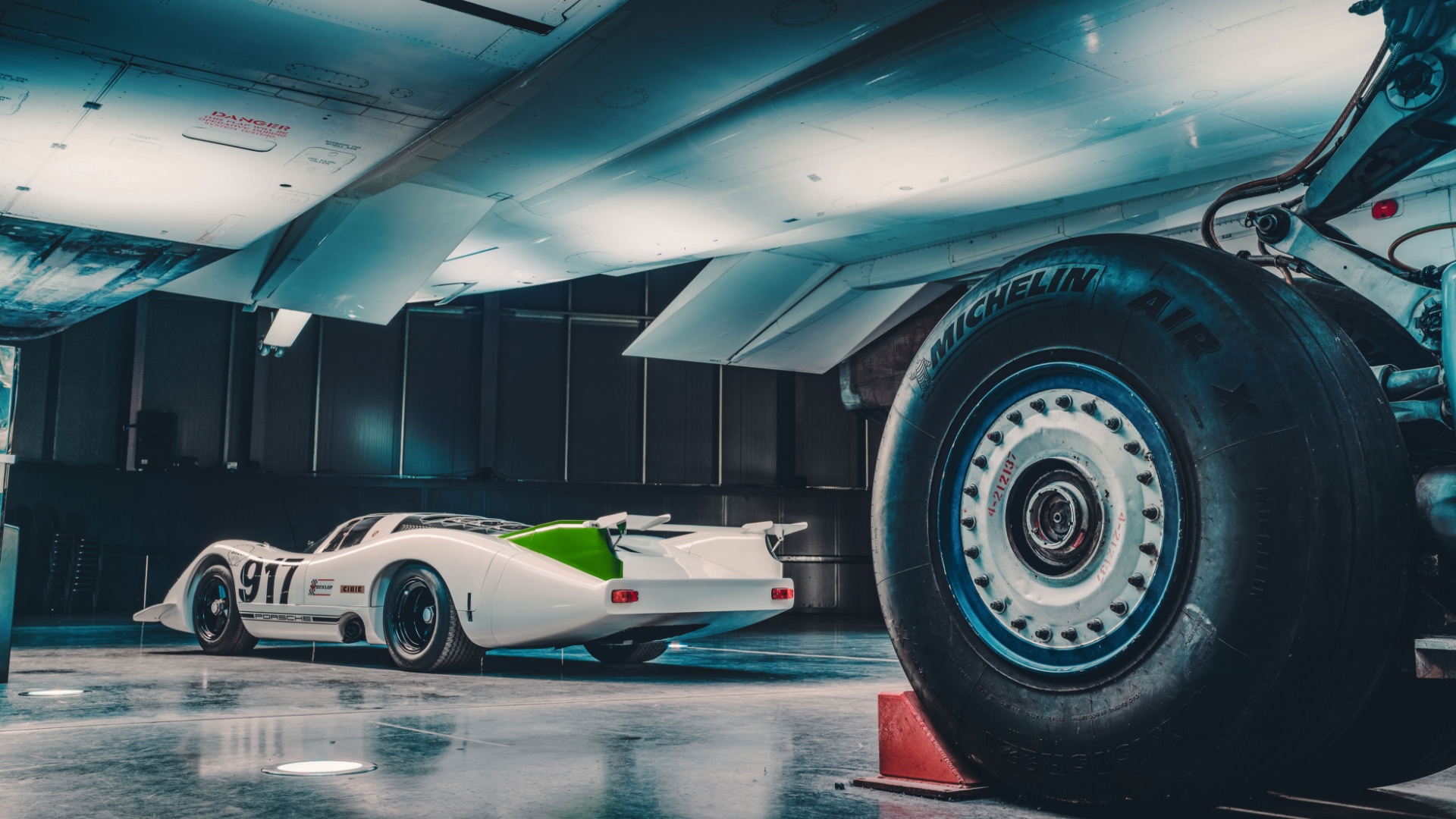 We’ll start in our comfort zone, on four wheels. The particular 917 in the photos (thanks for reading this instead of continuously gawping – we wouldn’t blame you) is chassis 001. Yes, the first of the epic Le Mans-winning racers to be built. Some of the pigs were pink, some of them are timeless winners of the greatest race devised by man.

This one was the unloved pig. It just didn’t work, with poor handling that ‘scared’ those that tested it. It led to the development of the 917K ‘Kurzheck’ or short-tail. It featured a docked rear end for better handling and stability at speed. 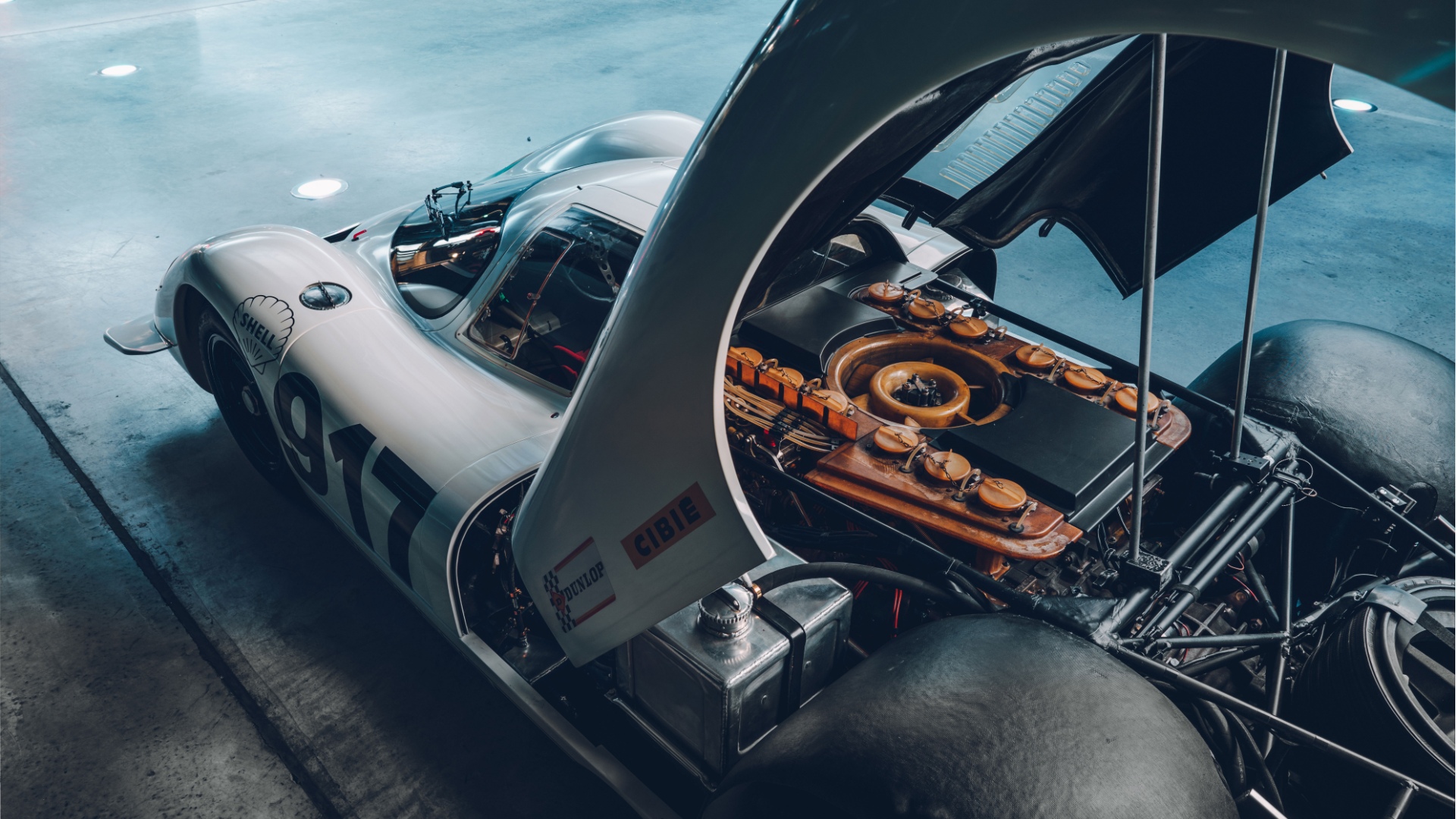 Being chassis 001, it was the car that introduced the 917 to the world at the 1969 Geneva Motor Show and is, as it was then, complete with a green and white livery and the black ‘917’ emblazoned across it.

The 917, with its sonorous flat-12 engine, became one of the fastest cars ever to race at Le Mans, reaching peak speeds of over 240mph down the Mulsanne straight. This, just a few years after the GT40 ‘just’ cracking 200mph was considered significant. The 917 was and still is, an otherworldly beast. 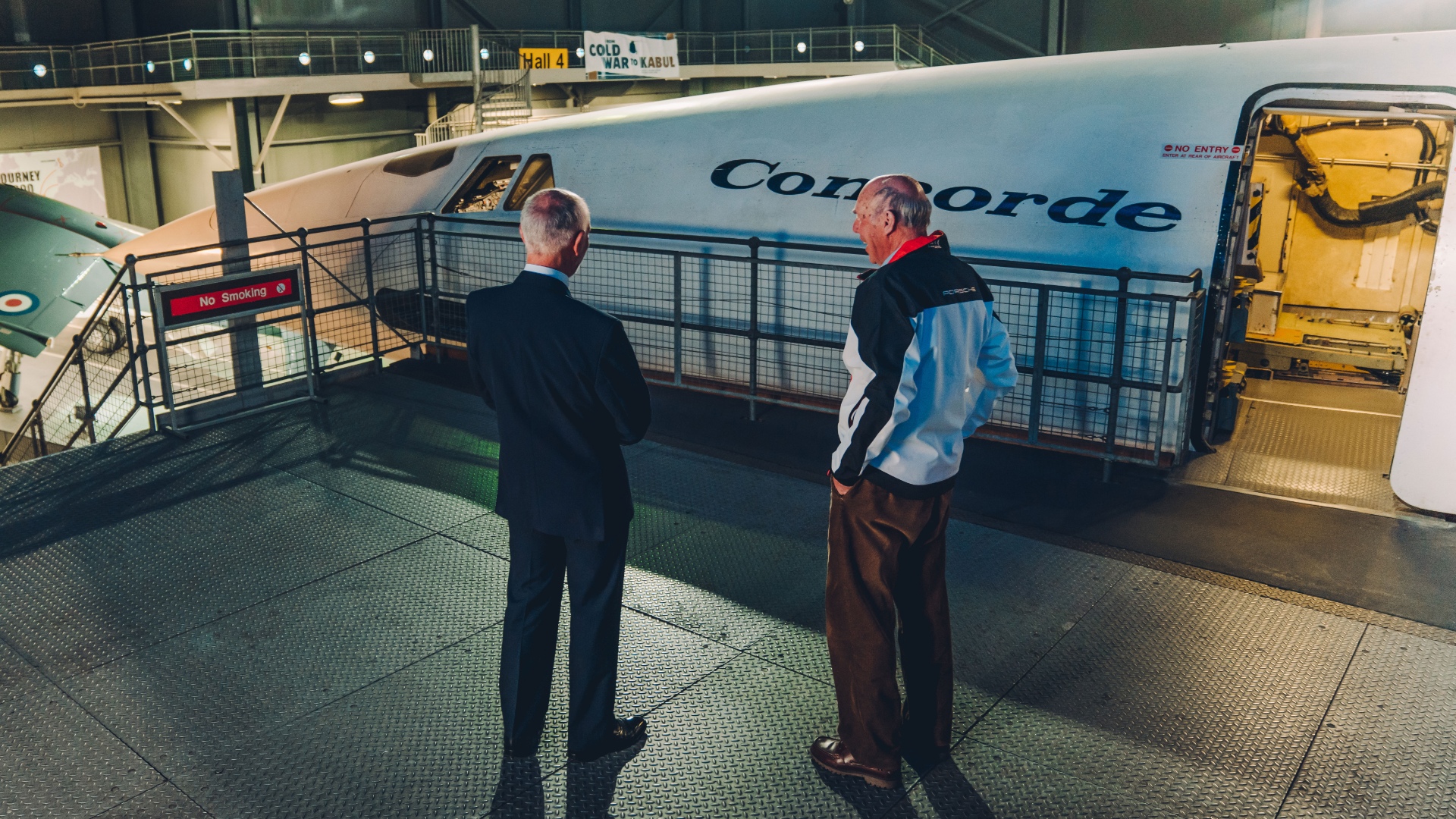 Much like the be-winged machine that lauds over 917 chassis 001 in this photo shoot. Concorde is as much one of the most beautiful pieces of aeronautical engineering ever devised as it is a mind-scrambling collection of numbers.

Especially when you consider that the first British Concorde took to the skies just a day over 50 years ago (on 9 April 1969). Concorde achieved a world record for the shortest time of flight between New York and London, at two hours and 52 minutes. That is comfortably half the time it would take today in a modern Airbus A380 or Boeing 747.

Needless to say, it’s the fastest passenger aircraft ever created, topping out officially at 1,353mph. Today, you’ll be lucky to crack half that if you’re running with the Jet Stream. 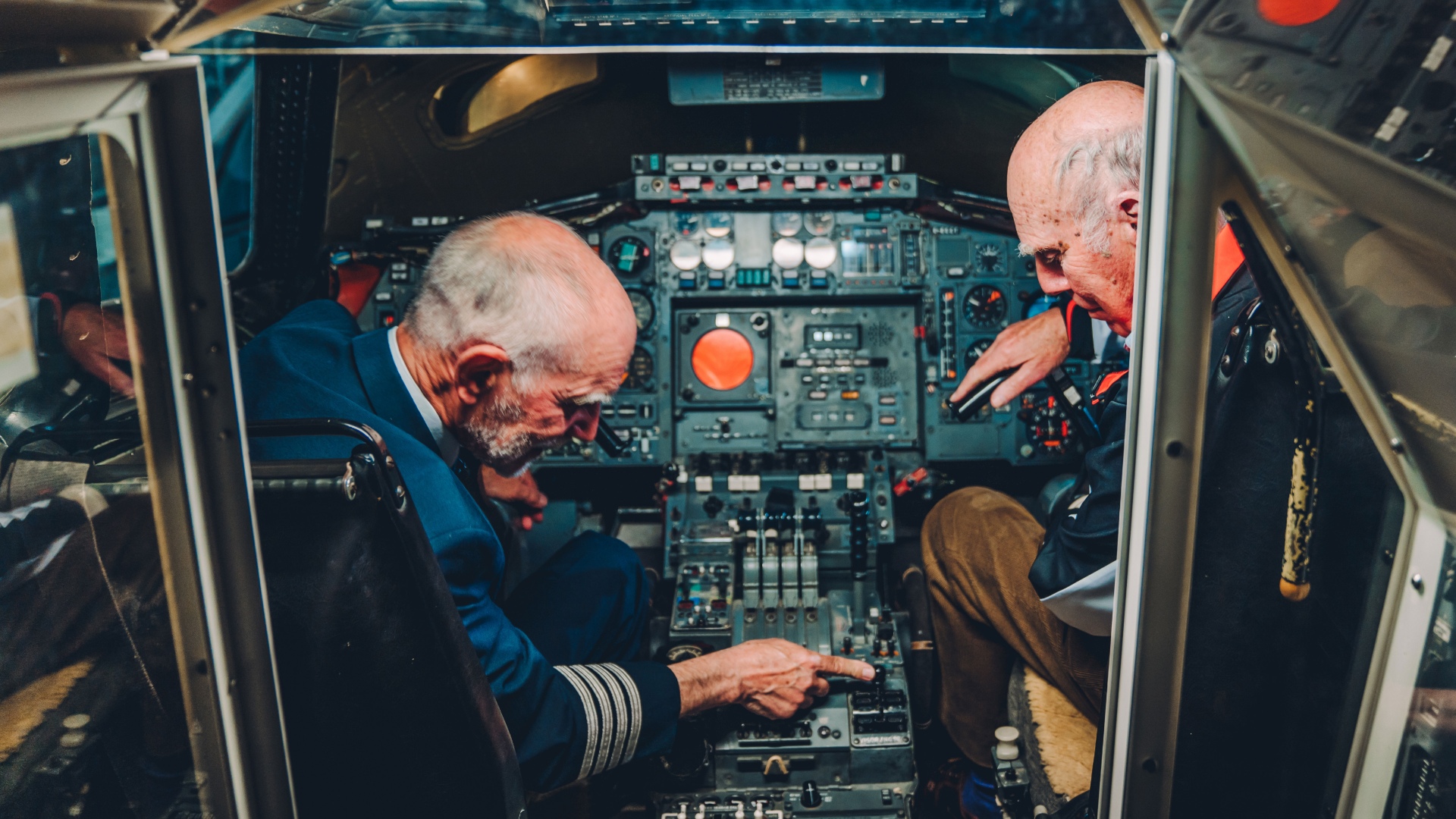 It’d be fascinating to listen to the pilots of these incredible machines sit down and chat. Luckily, Porsche is quite good at organising such things.

Here are some comments from Richard Attwood and Tim Orchard. Each took their respective steeds to their greatest achievements. The former brought home Porsche its first Le Mans victory in 1970 in a 917k. The latter took the Concorde to that incredible New York record flight time. 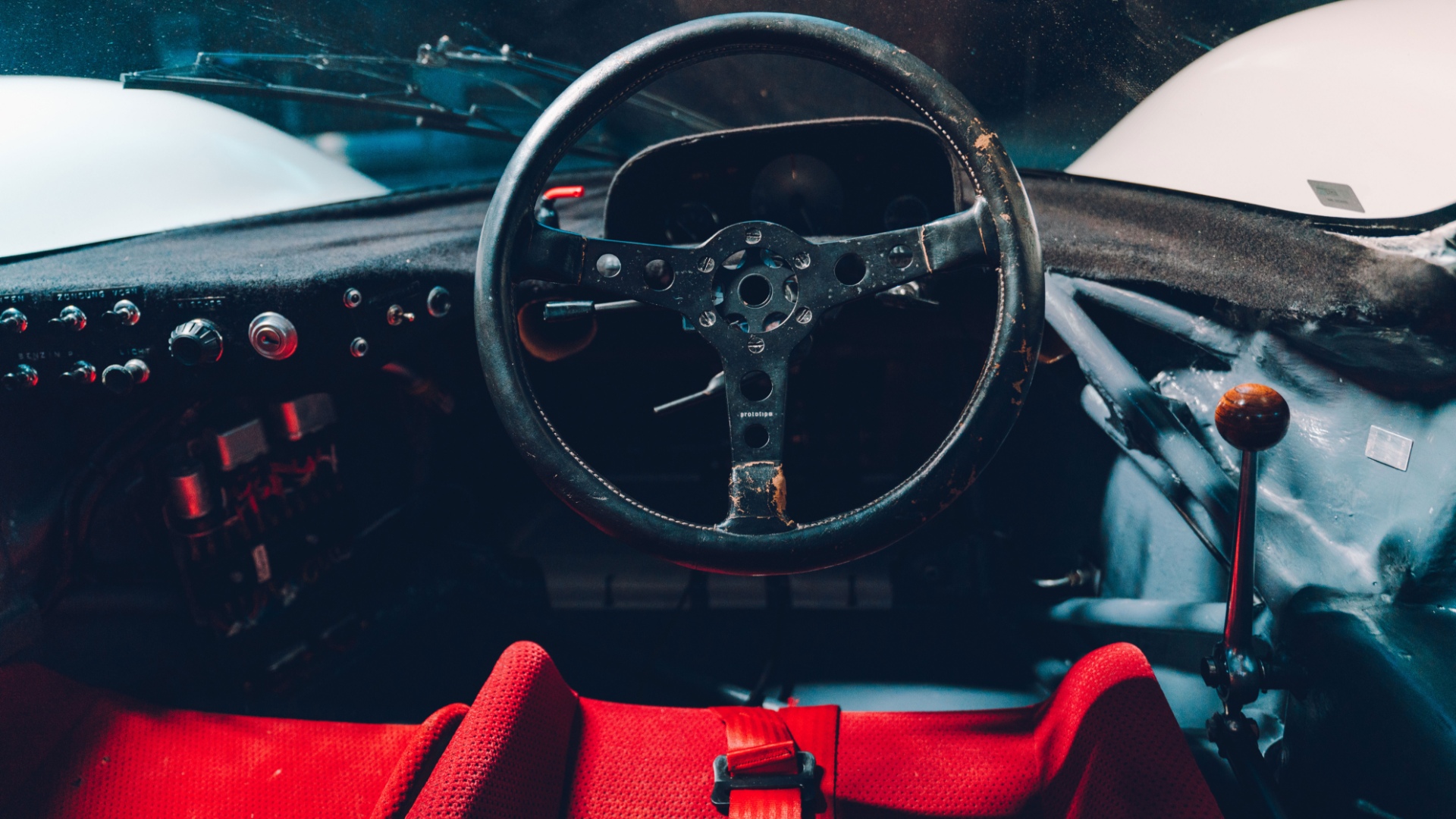 “It was fascinating to be shown the 917, which was very much a car of Concorde’s era and I think developed with the same devotion and focus,” said Orchard.

“The Porsche and Concorde are kindred spirits, both created with enormous care by a small team of passionate people – yet capable of performance that was unheard of before they arrived.”

“The 917 and Concorde seem so pure and simple from the outside, but both mask an array of engineering ingenuity that is still extremely impressive by today’s standards,” said Attwood.

“I would like to thank Tim for his time and patience in showing me around – I so enjoyed reminiscing about what it was like in the late 1960s and early 1970s and our belief that we could achieve just about anything if we put our minds to it.”

We hear you, Richard. Some of us will have seen and heard some 917s in action at Goodwood last weekend. It’s been a long time, however, since a Concorde has taken to the skies.

Maybe on their 60th they can share runway space. We can only cross our fingers…

The new Vauxhall Mokka is on sale now with first deliveries beginning in April 2021. There is also a new Mokka-e EV with a 201-mile range
Read more
Previous articleMulti-million-pound recreation Aston Martin DB4 Zagatos go into production
Next articleBMW is going to Coachella festival with art-covered i8s

Eat Out To Help Out: the motorway services taking part

The major motorway services operators are taking part in the government's ‘eat out to help out’ scheme, with 50 percent discounts available to visitors.
Read more

Volkswagen has put a Golf GTI engine in a Tiguan

The hot hatch of SUVs? Well, why not?
Read more

Ferrari Evoluto: is modifying a classic common sense or sacrilege?

The debut of the Pininfarina PF0 hypercar at Monterey will be a milestone for the revered Italian styling house, as it becomes a marque in its own right
Read more

The £100 million question: why is car tax evasion rocketing?

As research finds that excesses are among the most misunderstood elements of car insurance, we explain the two main types you need to understand.
Read more
Car News

A faulty Tyre Pressure Monitoring System (TPMS) now results in automatic MOT failure – even if your tyres are in good condition and correctly...
Read more

Car accidents are an upsetting experience, but there are certain things you need to do immediately after having one. Here are the steps you must take.
Read more
Advice