Porsche has debuted a restyled, Guards Red version of its Speedster Concept in Paris, with a 1,948-car production run to follow soon 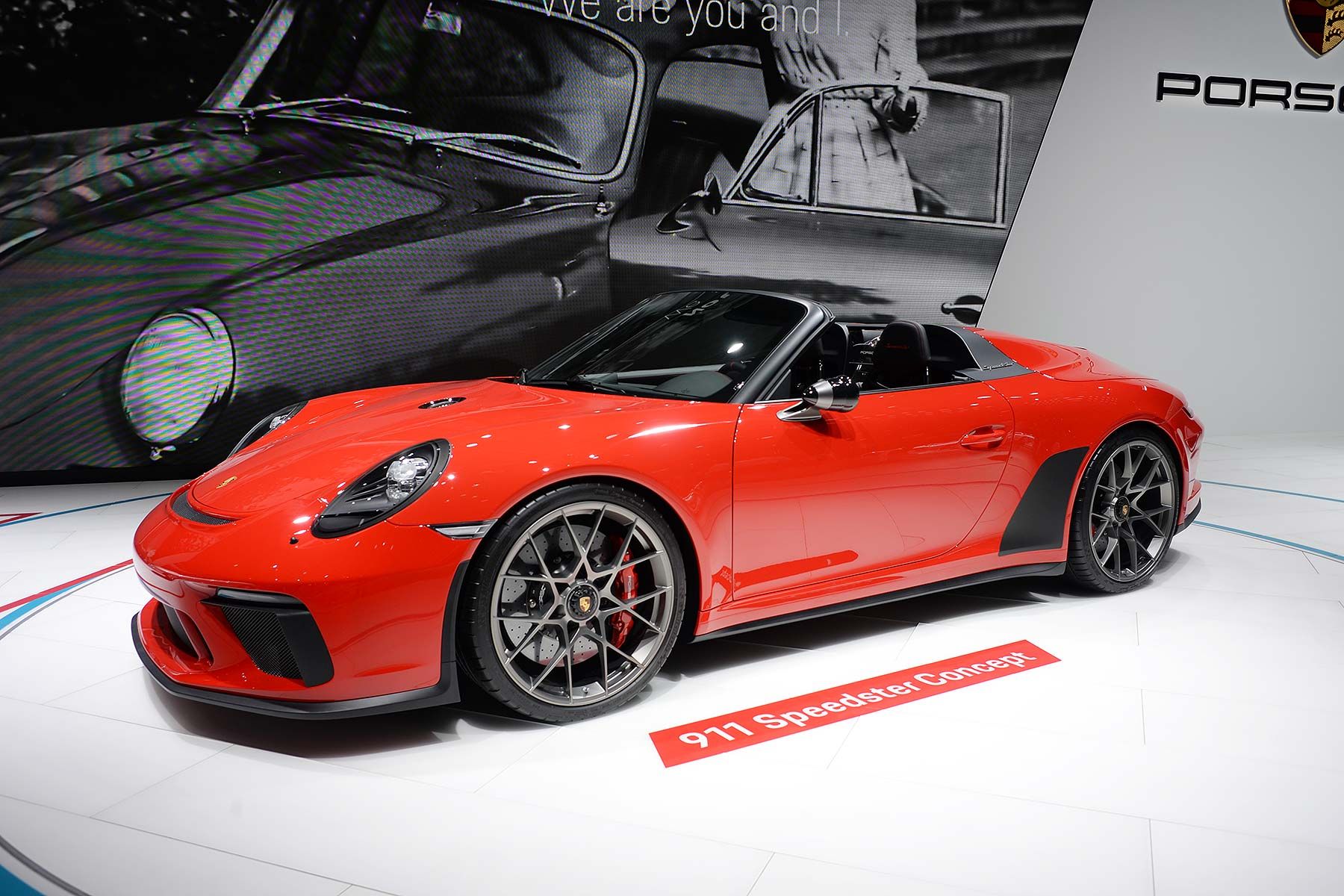 Porsche has confirmed that the 911 Speedster will go into production next year, joining the new, track-only 935 as a final farewell to the current ‘991’ 911.

A second iteration of the Speedster Concept has just been revealed at the Paris Motor Show. The original was initially presented at Porsche’s 70th anniversary celebrations in Zuffenhausen on June 8 – 70 years to the day since the very first Porsche 356 was produced.

The Paris concept differs somewhat from the Heritage version shown previously, although it’s not without its own unique nods to the past. The most obvious difference is the Guards Red paintwork, intended as an homage to the G-Model 911 Speedster of 1988 – first revealed in the same hue.

The day-running LEDs in the headlights are highlighted in red, presumably for the show car only. Flashes of red also adorn what is quite a spartan interior. The infotainment screen is gone and the Speedster has a manual gearbox only.

Also new are the cross-spoke alloy wheels, inspired by those fitted to the GT3 R and 911 RSR racing cars. The ‘Talbot’ retro mirrors remain, though – let’s hope they make it to the production version.

Underneath, the Speedster has a GT3 chassis fused with a Carrera 4 Cabriolet body, plus bespoke Speedster modifications. That includes extensive use of carbon fibre for the bodywork, shortened window frames, lower top panels, smaller side windows and, of course, the iconic ‘double bubble’ deck panel. 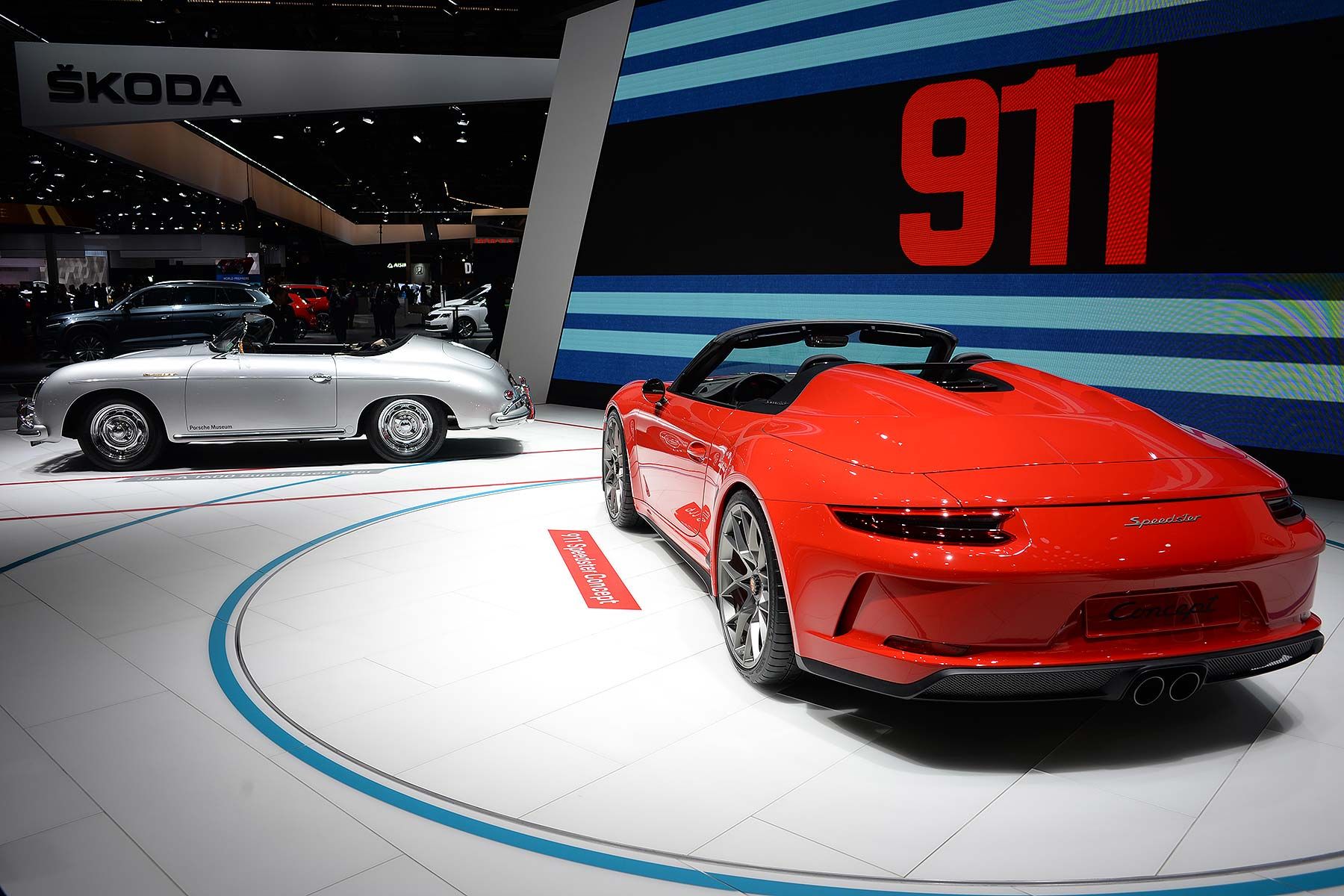 Power comes courtesy of Porsche’s GT department. The seminal 9,000rpm-capable 500hp 4.0-litre flat-six with a six-speed manual ‘box is fitted as standard. As announced back in June, there will be 1,948 units produced, to mark the year of the first Porsche. Production will begin in the first half of 2019.

It’s the most wonderful time in a 911 life cycle. When mad run-out versions of the current model are stopping the presses while near-undisguised prototypes of the next-gen car do the rounds. There’s no word yet on the price of the Speedster, or indeed if the whole run is sold out. Our guesses are ‘a lot’, and ‘almost certainly’…

Revealed: the worst areas for vehicle crime in 2018

New police figures show that the Metropolitan Police recorded 113,114 vehicle crimes in 2018 – around 25 percent of the total for England and Wales
Read more

Second-hand cars are getting more valuable, and it's mostly thanks to the popularity of PCP finance deals for new cars
Read more

Which cars are in the running for the world’s biggest automotive awards in 2019?
Read more

Former Nissan, Mitsubishi and Renault chairman rearrested, less than a day after taking to Twitter and vowing to 'tell the truth'
Read more