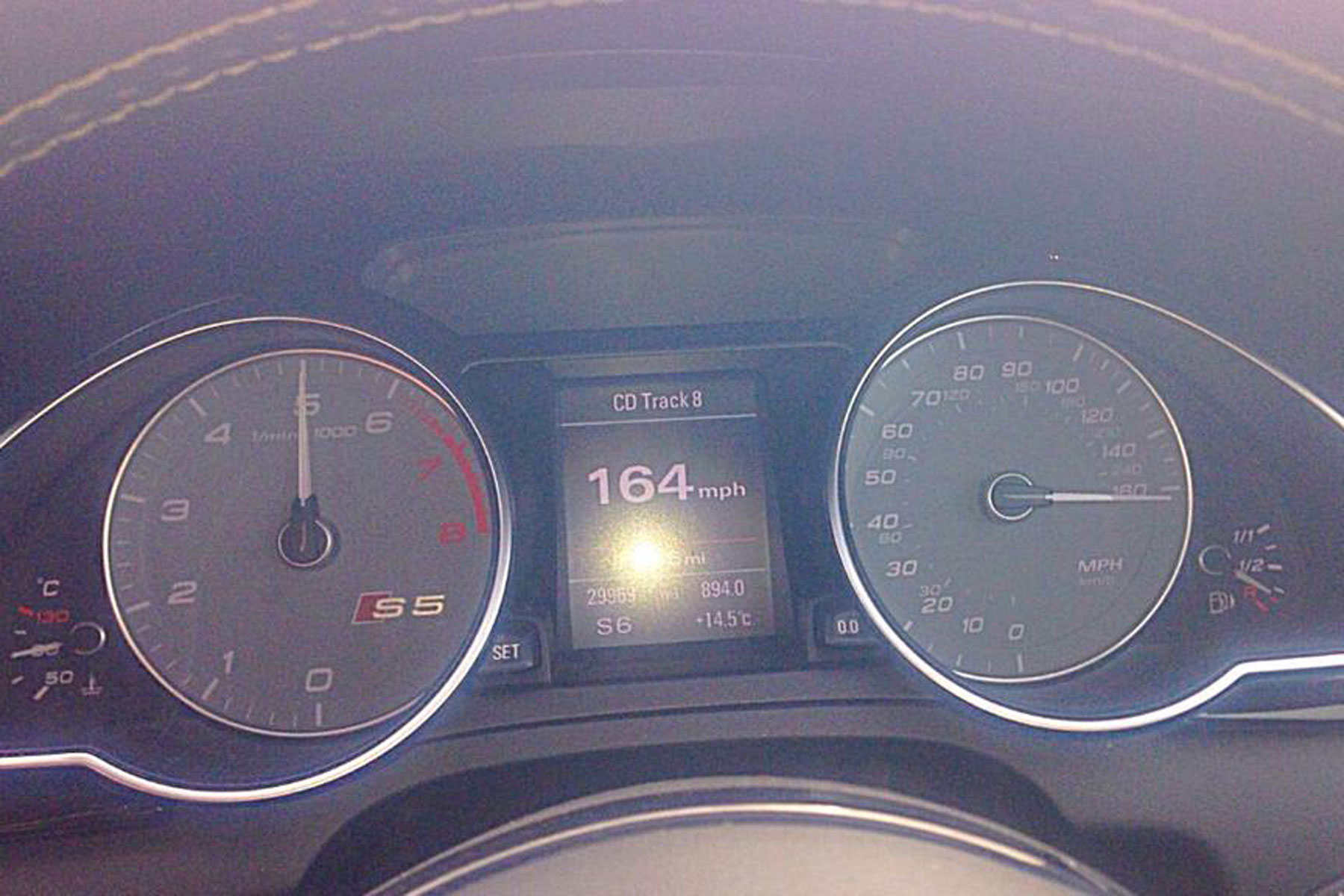 If you exceed the speed limit by more than double, it’s perhaps not the best idea to post photographic evidence on social media.

But that’s exactly what boxing promoter and lorry driver Jamie Syndercombe did after hitting speeds of 164mph on the A1 in his Audi S5.

As standard, the Audi S5 is electronically limited to 155mph. However, it is possible to get it derestricted.

Syndercombe tweeted a photo of his car’s speedometer at 164mph and added on Facebook: “I had to back of [sic] mate cars in my way this will hit 170 no probs.”

Lincolnshire Police have said they are investigating the incident but Sydercombe has since responded to reports saying “don’t believe everything you read in the papers.” He has also advertised his car for sale on Twitter, boasting of its top speed.

If police can prove he hit speeds of 164mph Syndercombe is likely to face a driving ban.