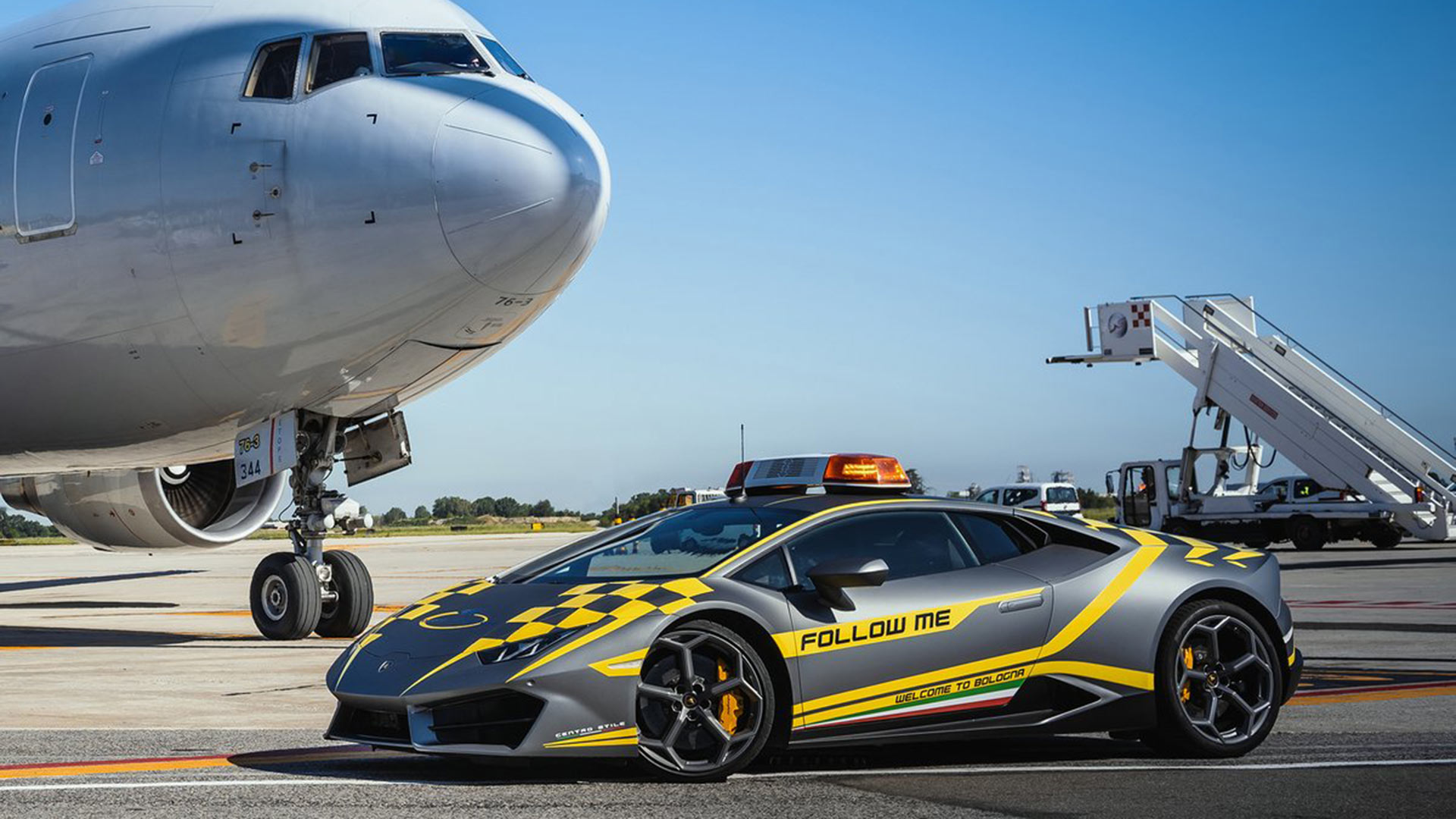 Travellers visiting Bologna Guglielmo Marconi Airport in northern Italy will get to see a special surprise on the tarmac.

A Lamborghini Huracan is again taking on the ‘Follow Me Car’ duties, helping aeroplanes find their way around the seventh-busiest airport in Italy.

The supercar manufacturer took to social media to show off the Huracan’s new livery, which has been designed by the official Centro Stile Lamborghini styling department.

A Huracán RWD gets on the runways: it’s called “Follow Me Car”, and you can see it at the @BLQairport helping airplanes to takeoff with its new livery designed by Centro Stile Lamborghini. #Lamborghini #HuracanRWD #Bologna #CentroStileLamborghini pic.twitter.com/k4NSeqoURs

Lamborghini’s hometown of Sant’Agata Bolognese is only a few miles away from the airport, making it the perfect place to advertise its creations.

Doing the hard work on the airport apron is a rear-wheel drive Huracan LP 580-2, featuring a 580 horsepower V10 engine. The ability to hit 0-62mph in 3.4 seconds, and a top speed of almost 200mph, might be a little underutilised, though.

Helping the mid-engined Huracan do the work are a set of special flashing lights, warning signs, and a radio linked to the airport control tower 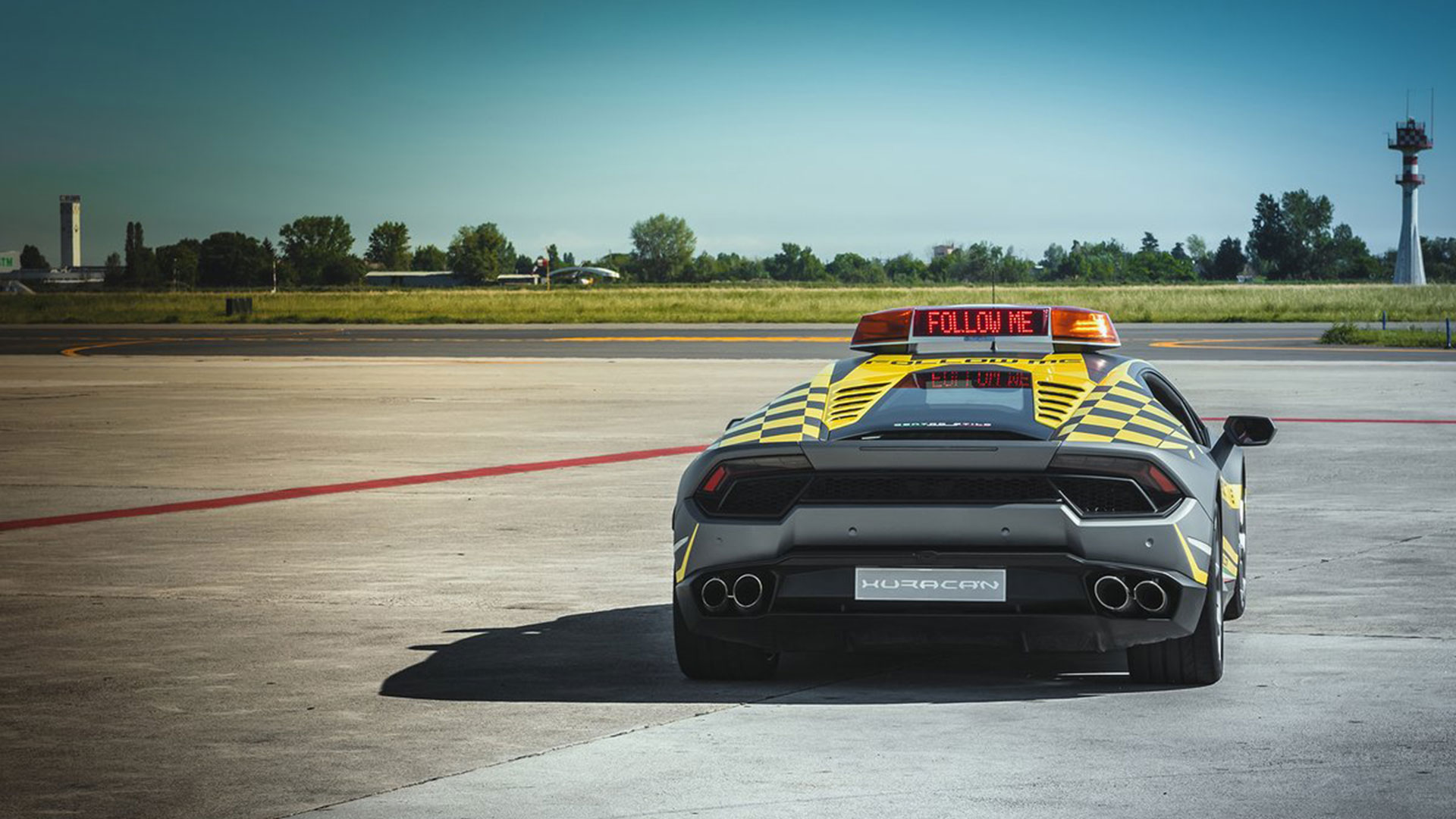 At least the low body of the Huracan will allow it slip neatly beneath the wings and bodies of planes on the ground, should it need to get out of the way in a hurry.

The new announcement is the latest in a series of collaborations between Bologna Airport and the car company, and one of several times that a Lamborghini has taken the ‘Follow Me Car’ job.

A V12-powered Aventador marked Lamborghini’s 50th anniversary in 2013. The Huracan first undertook the role between November 2016 and January 2017, followed by another stint in 2018. 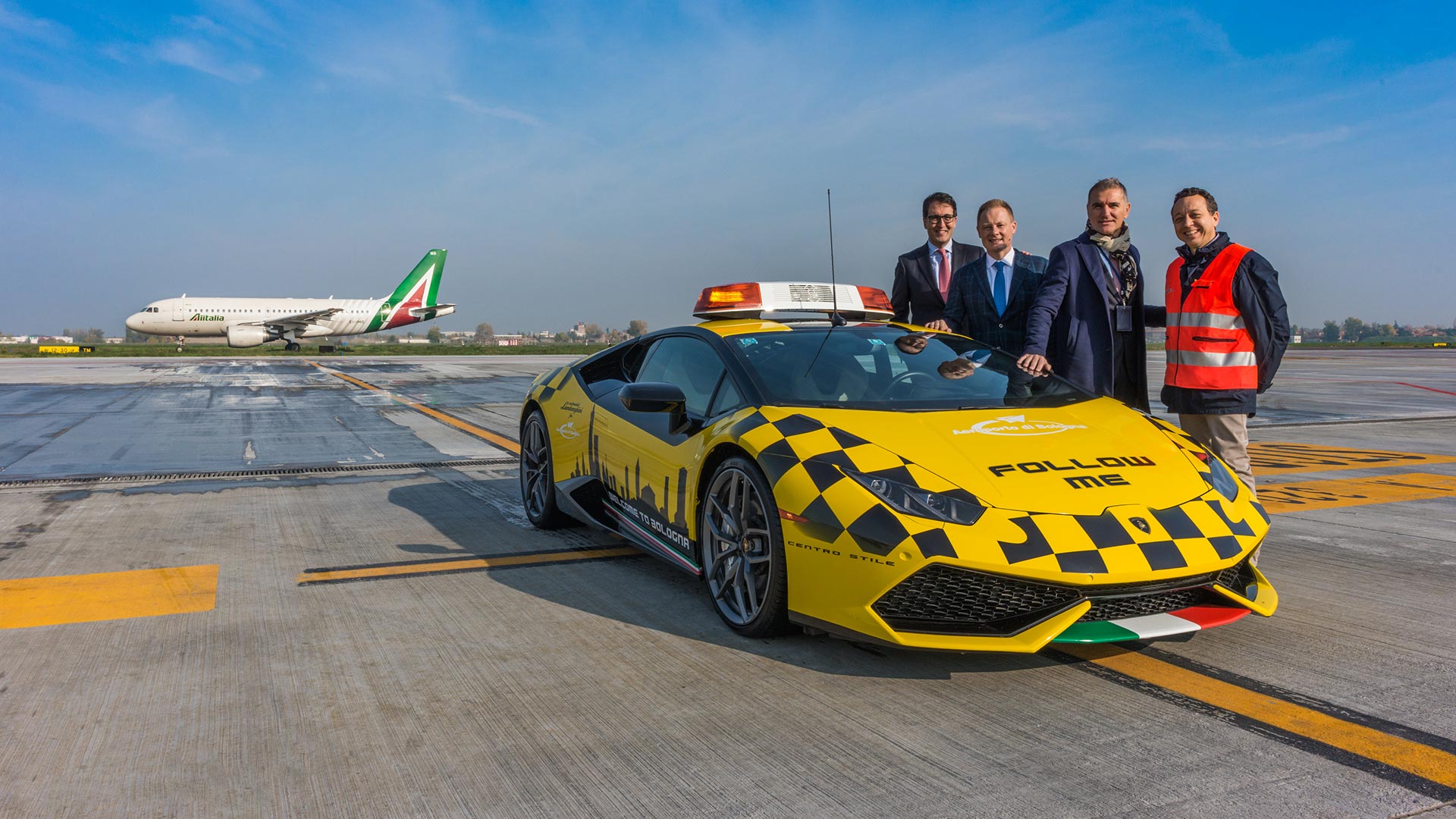 The Emilia-Romagna region is also home to Ferrari, Maserati, Pagani and Ducati. Whether we will witness another manufacturer to rival Lamborghini in the slowest race around an airport remains to be seen.