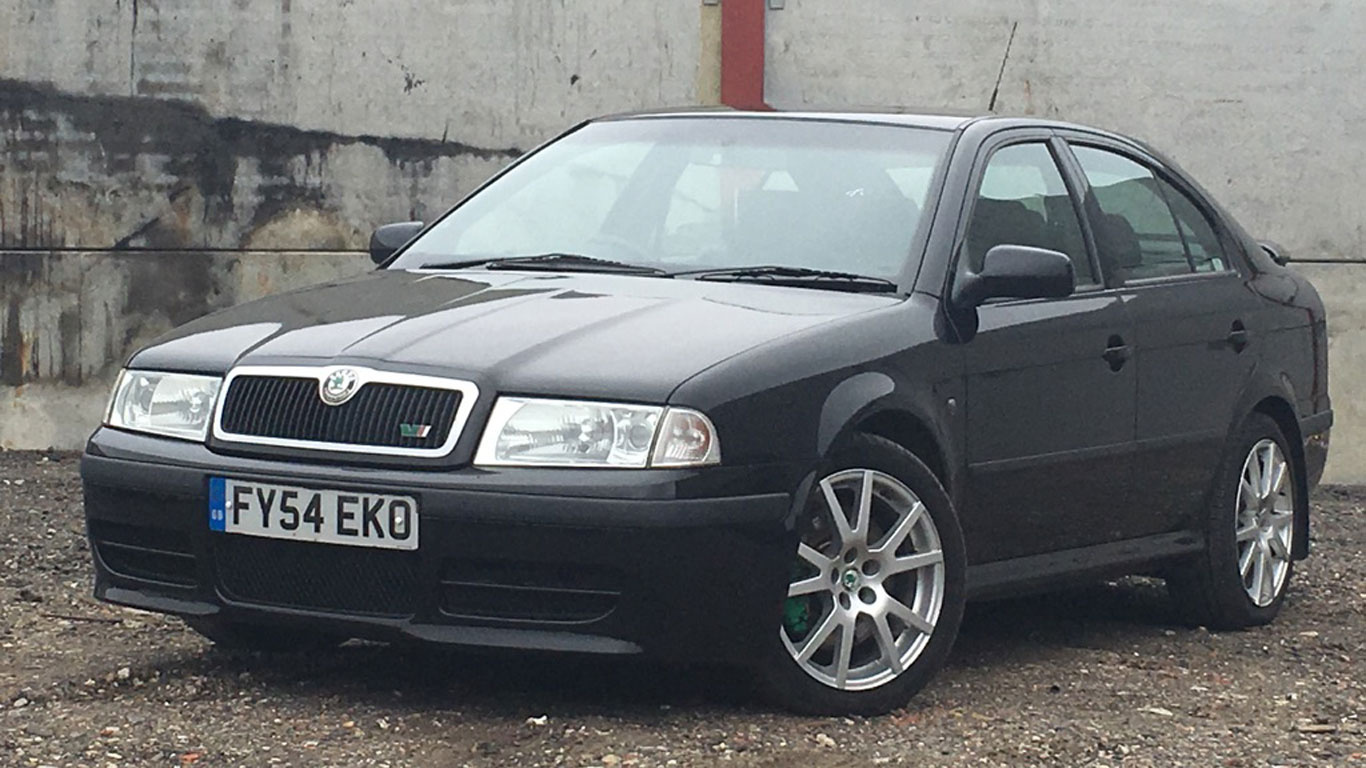 Feeling slightly mischievous this week, we set ourselves a particularly challenging, er… challenge. Armed with a virtual wad of £2,000, we wandered through the lower reaches of Auto Trader in search of performance bargains. We emerged with everything from a pint-sized hot hatch to a lazy, all-American Cadillac. As always, inclusion does not represent an endorsement. 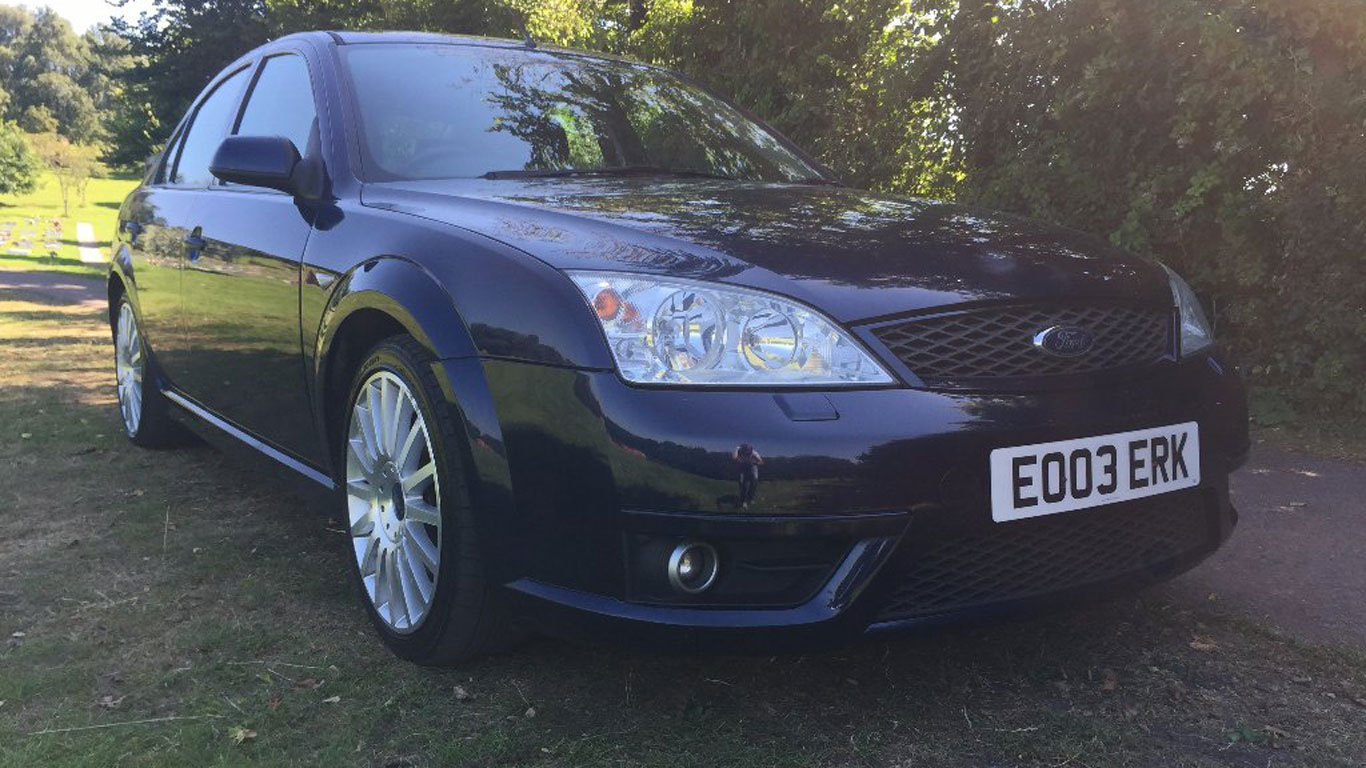 We’re tempted to conclude this gallery here and suggest you go out and buy a Ford Mondeo ST220. This thing has got it all: a delightful 3.0-litre V6 engine, a terrific chassis and – just as importantly – a bargain basement price tag.

This is one of a number of ST220s available on Auto Trader, but it looks like an absolute steal. The Essex number plate is a bonus, too. 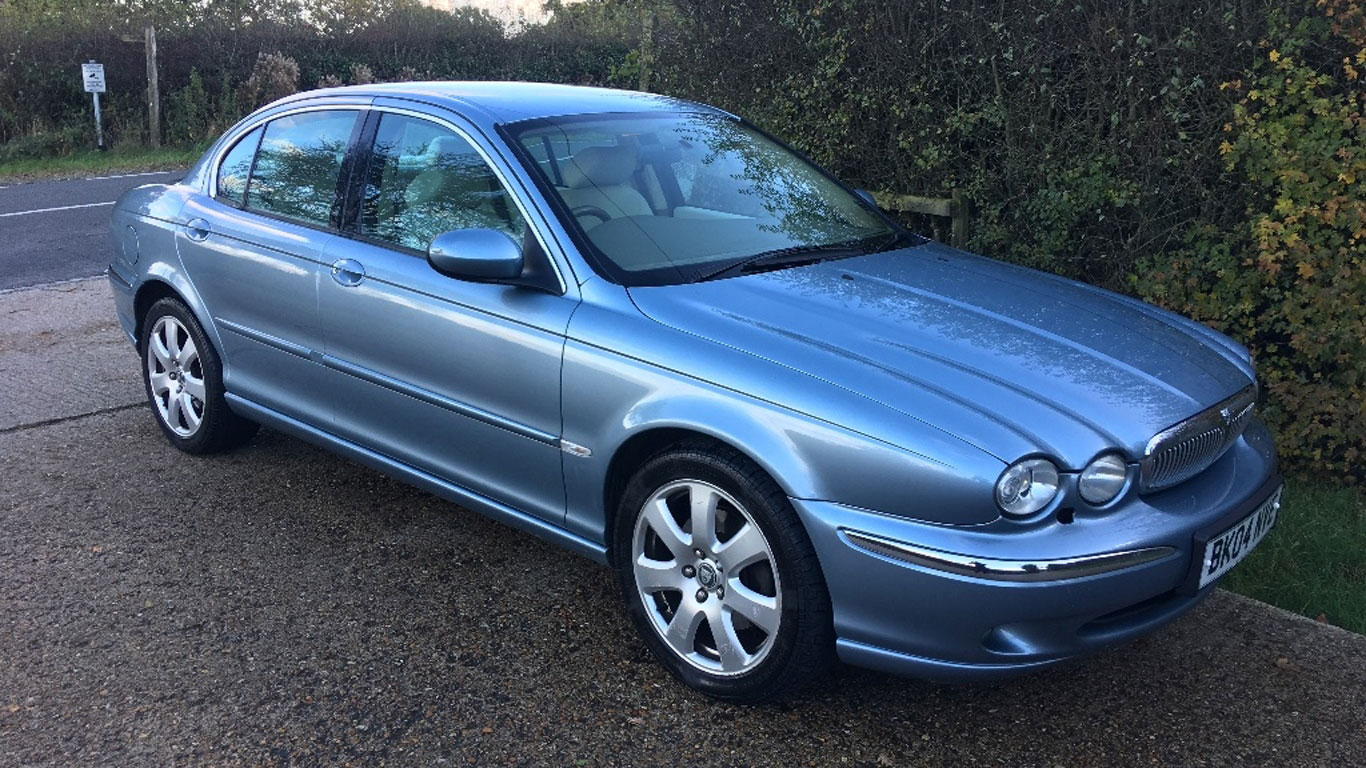 Fancy a sleeper? The 3.0-litre V6 in the Jaguar X-Type is significantly faster than the 2.5-litre version, with only a marginal difference in terms of economy. You also get the benefits associated with all-wheel drive in a body that could pass as a standard diesel repmobile.

This 2004 example benefits from the lavish SE spec, including upgraded 17-inch alloy wheels, full leather, climate control, and electric everything. A steal at just under £2,000 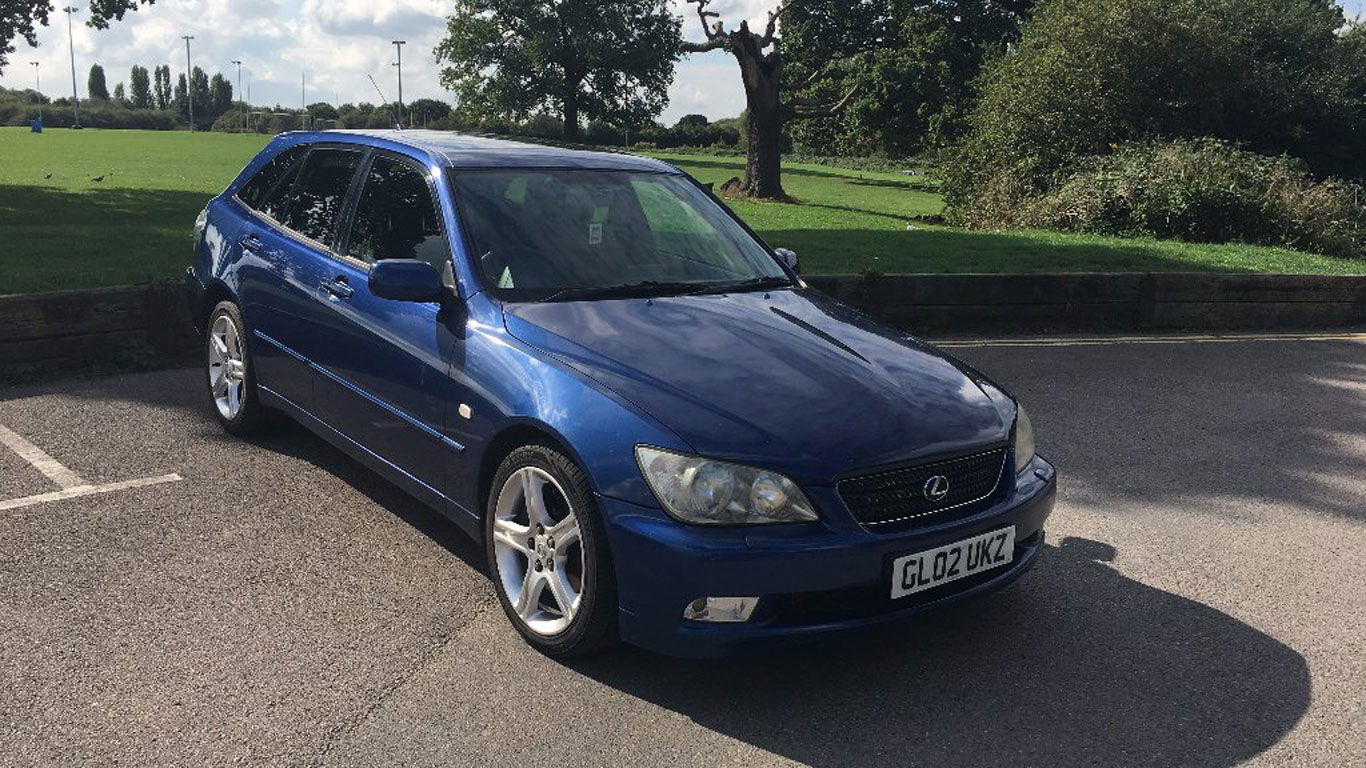 The Lexus IS300 SportCross won’t be able to offer proper estate levels of practicality, but if your idea of ‘lifestyle’ extends to carrying the odd mountain bike and space for the dog, it could be the ideal chariot.

It’s another 3.0-litre V6 engine, although the SportCross is able to add rear-wheel drive to the mix. The 0-60mph time is polished off in 8.4 seconds, but don’t ask about fuel economy. It’ll only put you off. 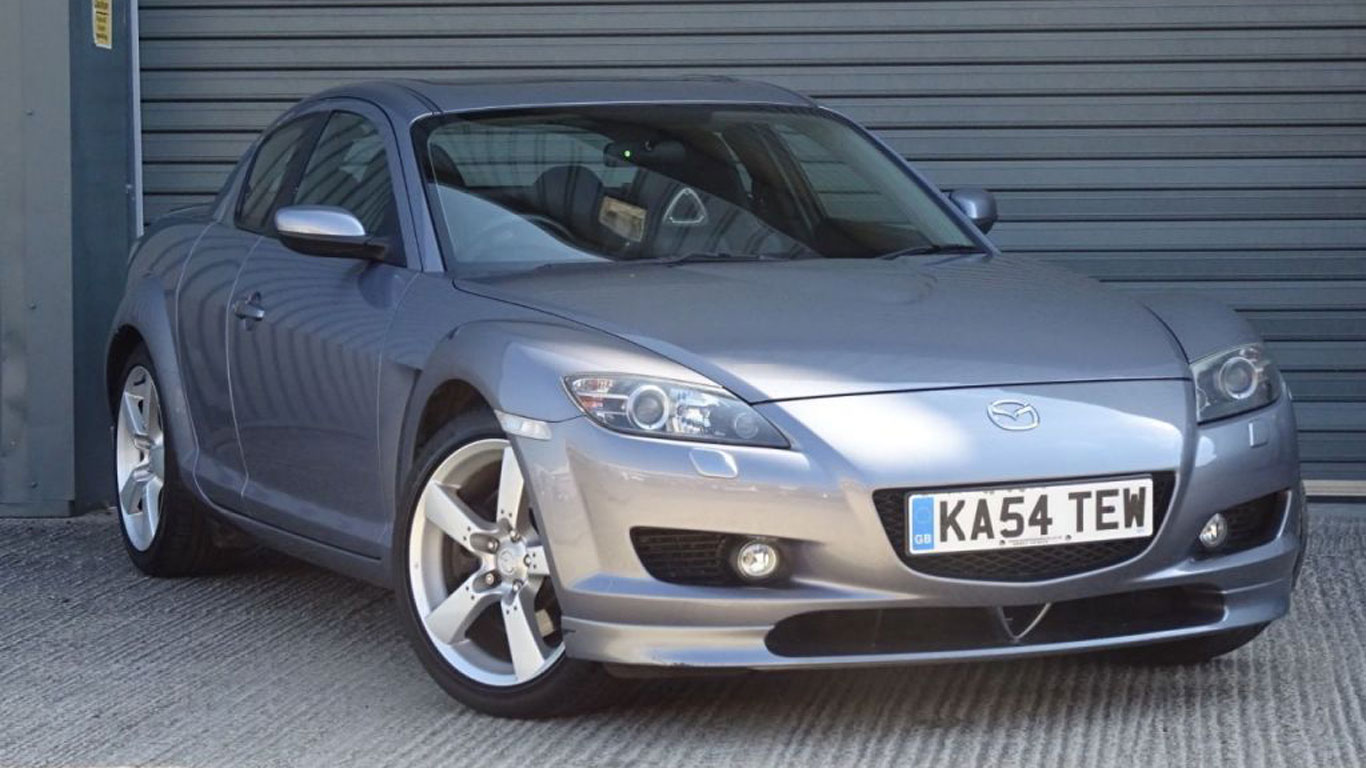 We recently covered the Mazda RX-8 as a Retro Road Test and concluded that, if you buy a good car, it’ll be an enjoyable (and unusual) car to own. We appreciate a RX-8 is more of a heart than a head purchase, but good cars do appear in the classifieds.

This might be one such car. Yes, it’s an earlier RX-8 – some folk advise buying a later car – but it has three things going for it. Firstly, the mileage is sensible. Secondly, it has had just one previous keeper. And finally, the MOT history check is rather promising. Worth a look? 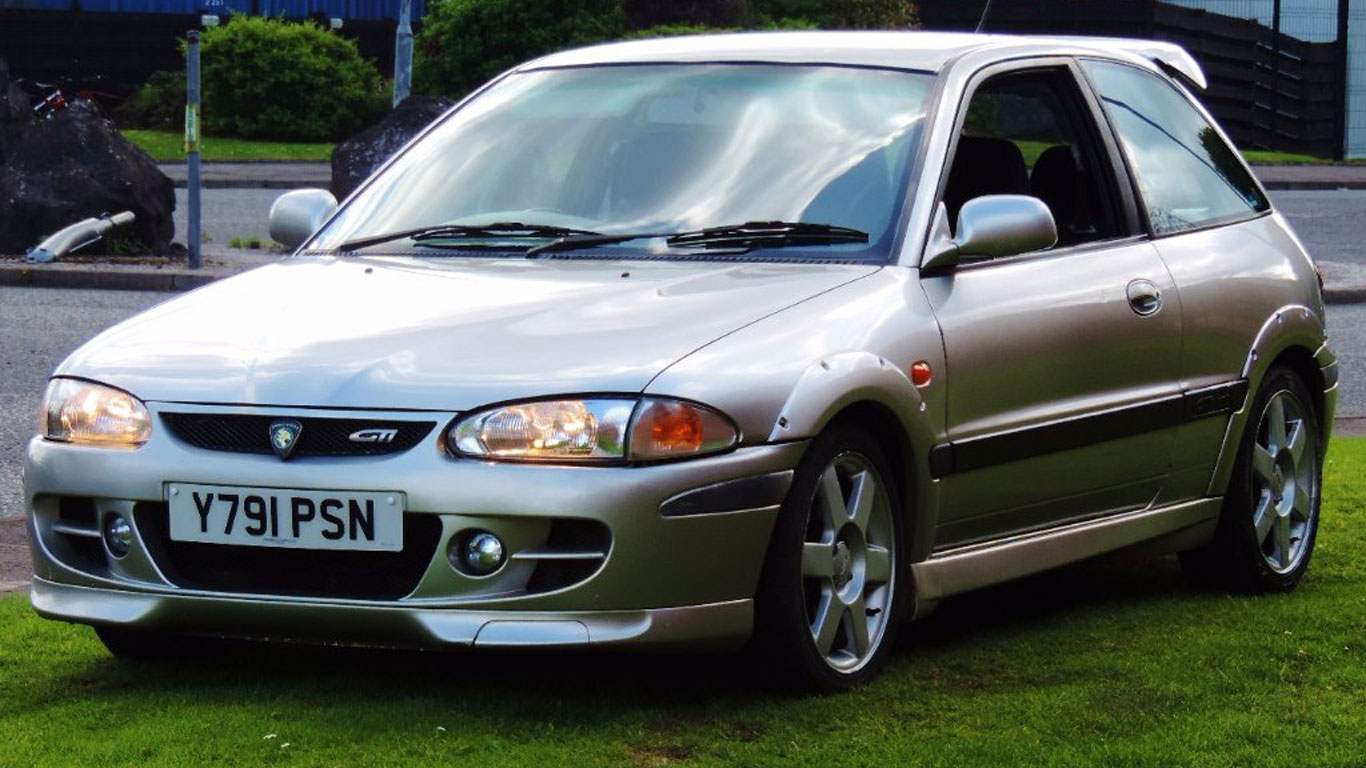 You don’t need a gazillion horsepower to have fun. With the right chassis, even a mediocre hot hatch can provide the necessary thrills – and none of the spills – on a British B-road. Cars like the Proton Satria GTi, then?

You might not like the styling and the cheap-looking bodykit. You probably won’t be too keen on the quality of the interior. The Mitsubishi-sourced 1.8-litre engine isn’t the most refined unit, either. But Lotus worked some magic with the chassis, which is something you’ll discover when you reach the first corner. Try it. You might like it. 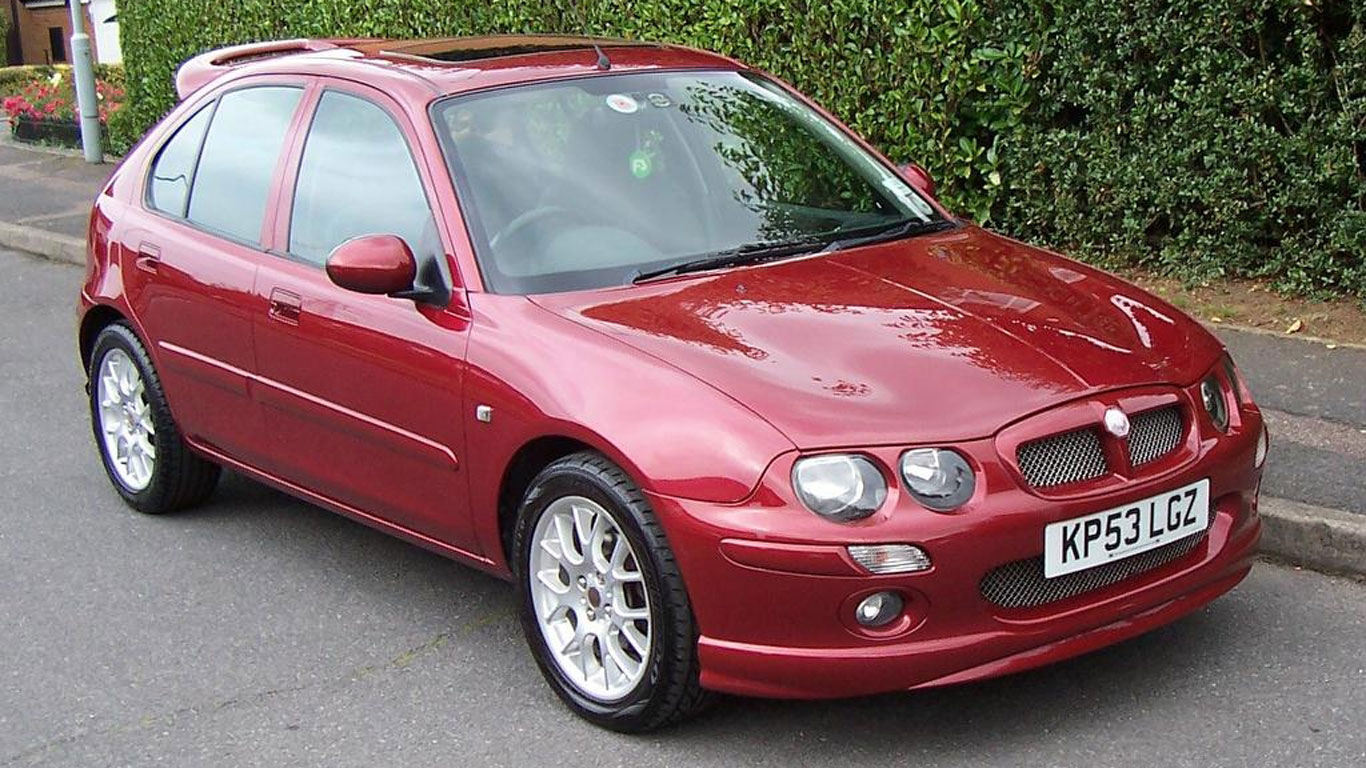 The MG makeover could only achieve so much, which is why the ZR still has the look of a Rover 25. You’ll know about the issues associated with the K-series engine, but in ZR 160 guise, this was a properly quick car.

Sadly, this example isn’t powered by the 1.8-litre engine, meaning you’ll have to make do with the 105 1.4-litre unit. But look on the bright side: it’ll be cheaper to insure, it has had “one careful owner from new” and there’s only 43,900 miles on the clock. 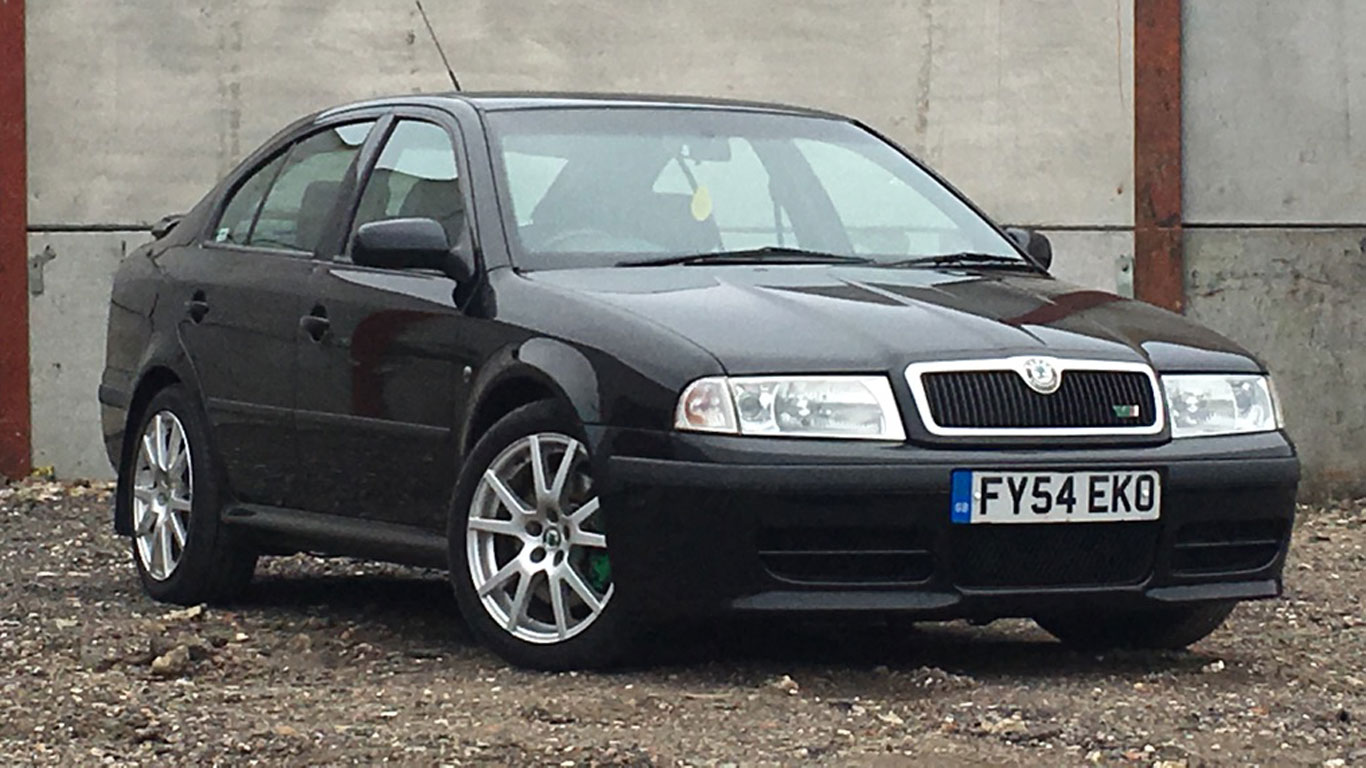 The Skoda Octavia was the first car to wear the vRS badge, taking its running gear from the Volkswagen Golf GTi of the time. This means you get a 1.8-litre turbocharged engine developing 180hp, although some cars have been tuned to 225hp, giving them Audi S3 levels of performance.

We like the look of this 2005 example as it has had just one owner from new and comes with full Skoda service history. If it’s as good as it looks, this might be a performance bargain. 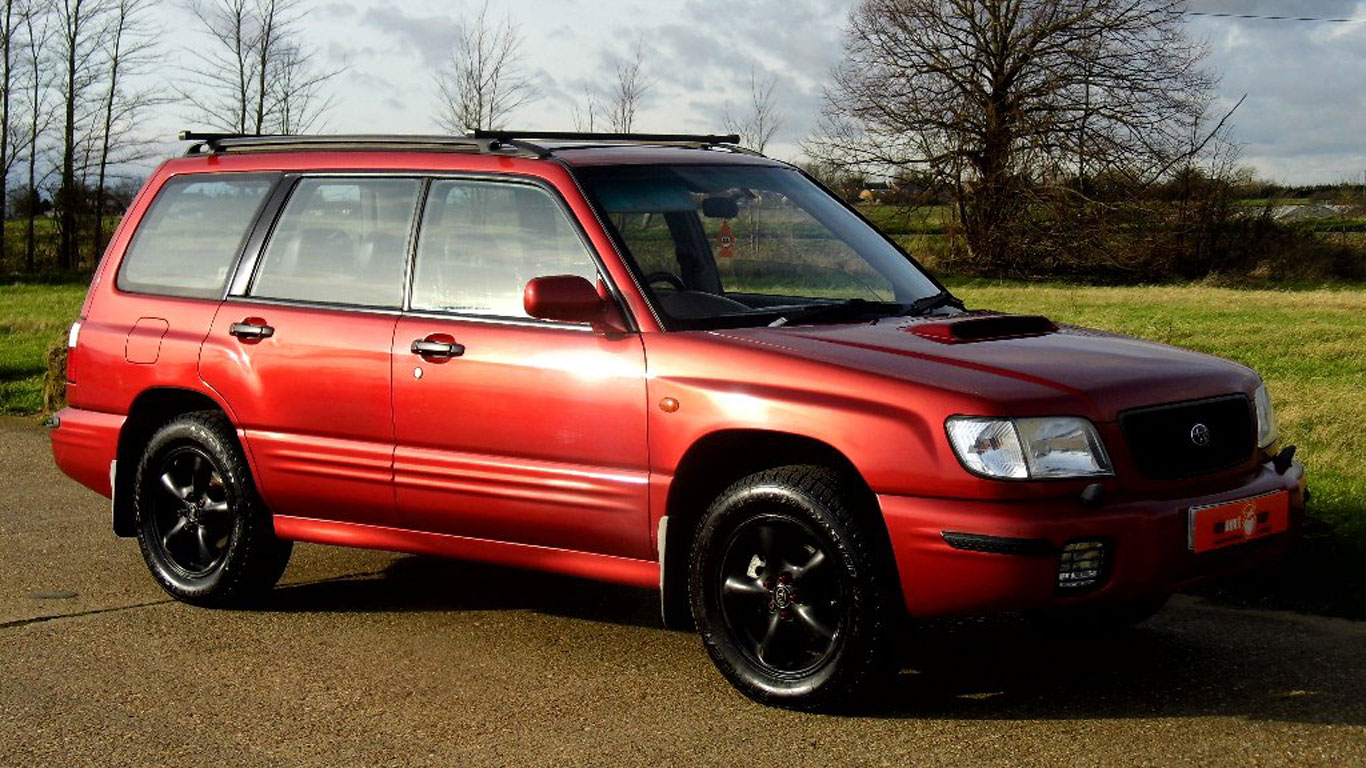 And now for something completely different. Back in the day, the Subaru Forester S-Turbo was a bit of a (sound the cliché klaxon) wolf in sheep’s clothing, thanks to its 170hp ‘boxer engine’ and ability to cover ground – rough or smooth – at an alarming pace.

The black alloy wheels and aftermarket exhaust suggest this Forester may have been owned by an ‘enthusiastic’ owner, but it looks to be in great condition. The perfect winter hack? 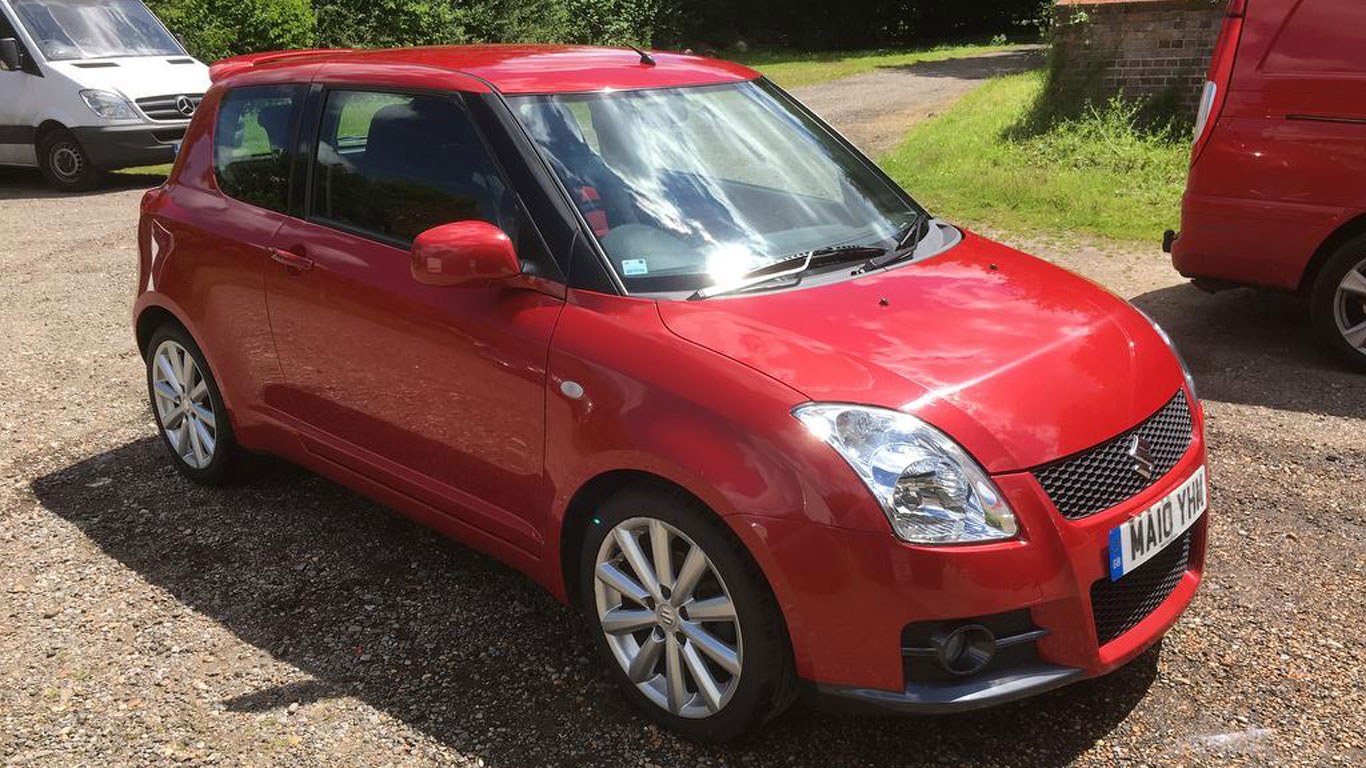 The Suzuki Swift Sport is one of our favourite junior hot hatches of all-time, with an ability to deliver ‘scruff of the neck’ old-school thrills. Prices of the earliest cars are edging temptingly close to the £2,000 mark.

Some, like this 2010 car, are already at the £2,000 mark. OK, so the category D status might be an issue (the seller claims it has a dent on the boot lid), but the MOT history is almost faultless. What’s more, it has a mere 47,000 miles on the clock. Further investigation is required, but this might be a bargain. 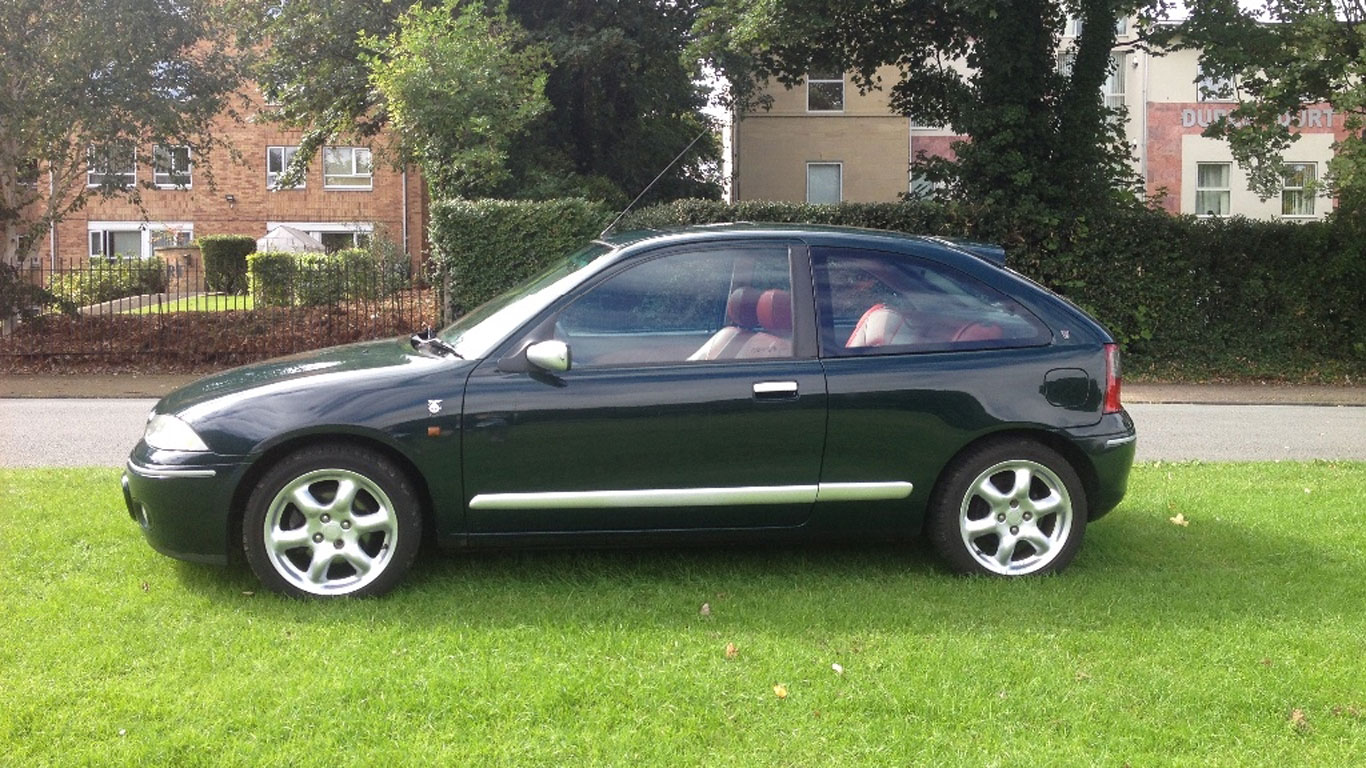 Before the MG ZR there was this: the Rover 200 BRM. The special edition was based on the Rover 200vi and featured a Torsen differential from the 220 Turbo. A bright orange grille was added to pay homage to the BRM F1 cars of the 1960s.

Sadly, somebody has painted the orange grille on this example, but fortunately the ‘Marmite’ red interior remains in place. A future classic for £1,995. Where do we sign? 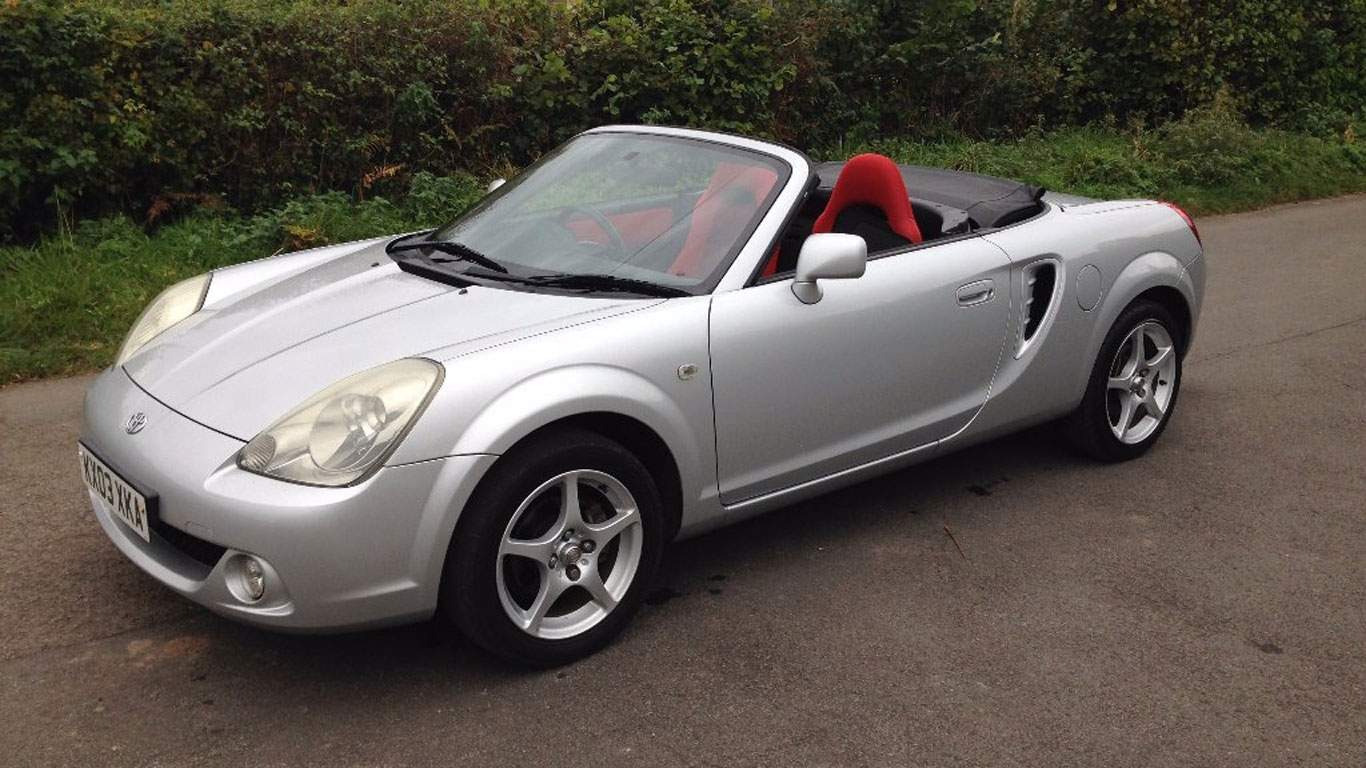 The Mk3 version of the MR2 is the last one Toyota built and is therefore the most sensible choice if you intend to use it everyday. Unless you want to carry any luggage, that is. There are dozens of similarly priced MR2 for sale on Auto Trader, but this has strong appeal.

Silver over red is a classic combination, while the MOT history makes for good reading. Winter is a good time to buy a roadster, so get haggling. 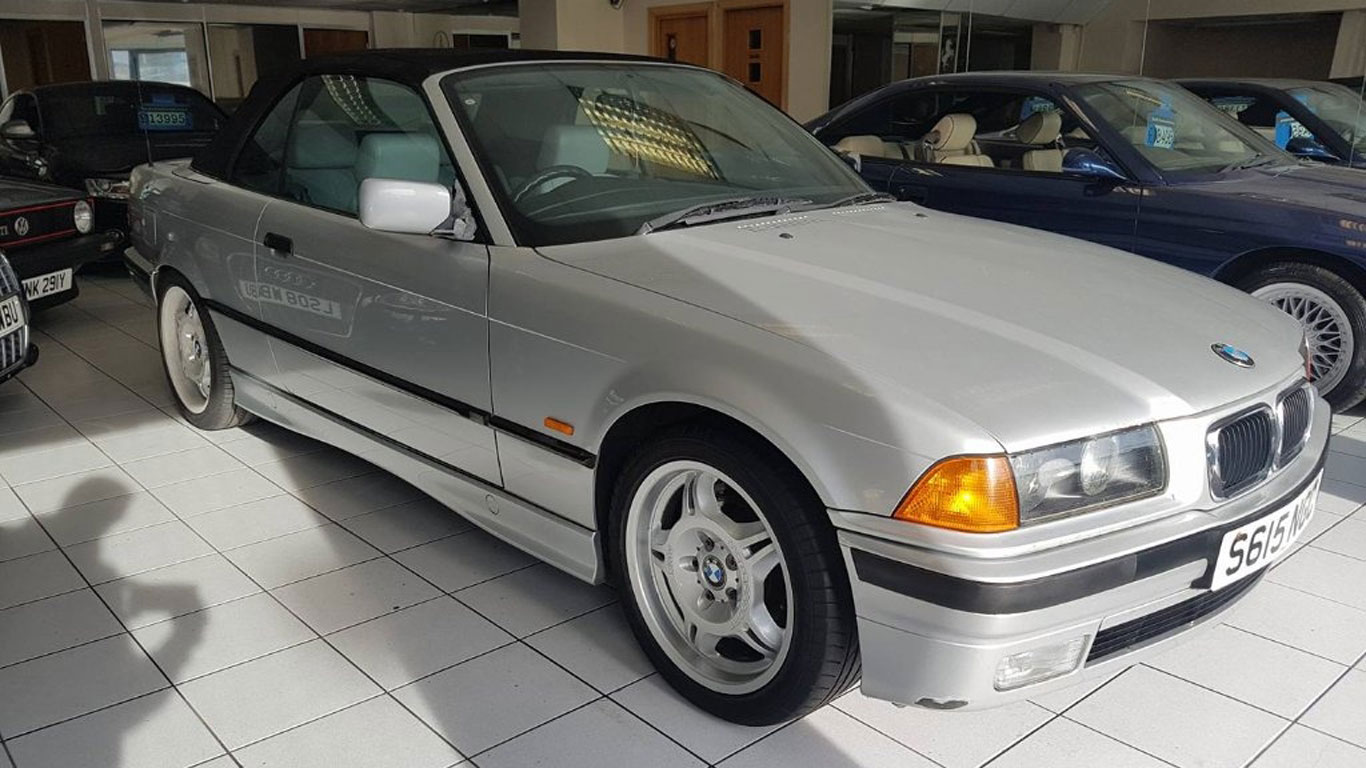 A gallery on cheap fast cars – ideal territory for the BMW 328i and 330i. Or so you might think. Sadly, a few minutes desktop research suggests that many of the cars on sale haven’t exactly been treated to a pampered lifestyle.

Which is why we’re proposing a 328i convertible. The chances are it will have led a more relaxed life, while the seller claims it comes with full dealer history. The one downside is that it needs a new roof. But look on the bright side: it’s only £895. 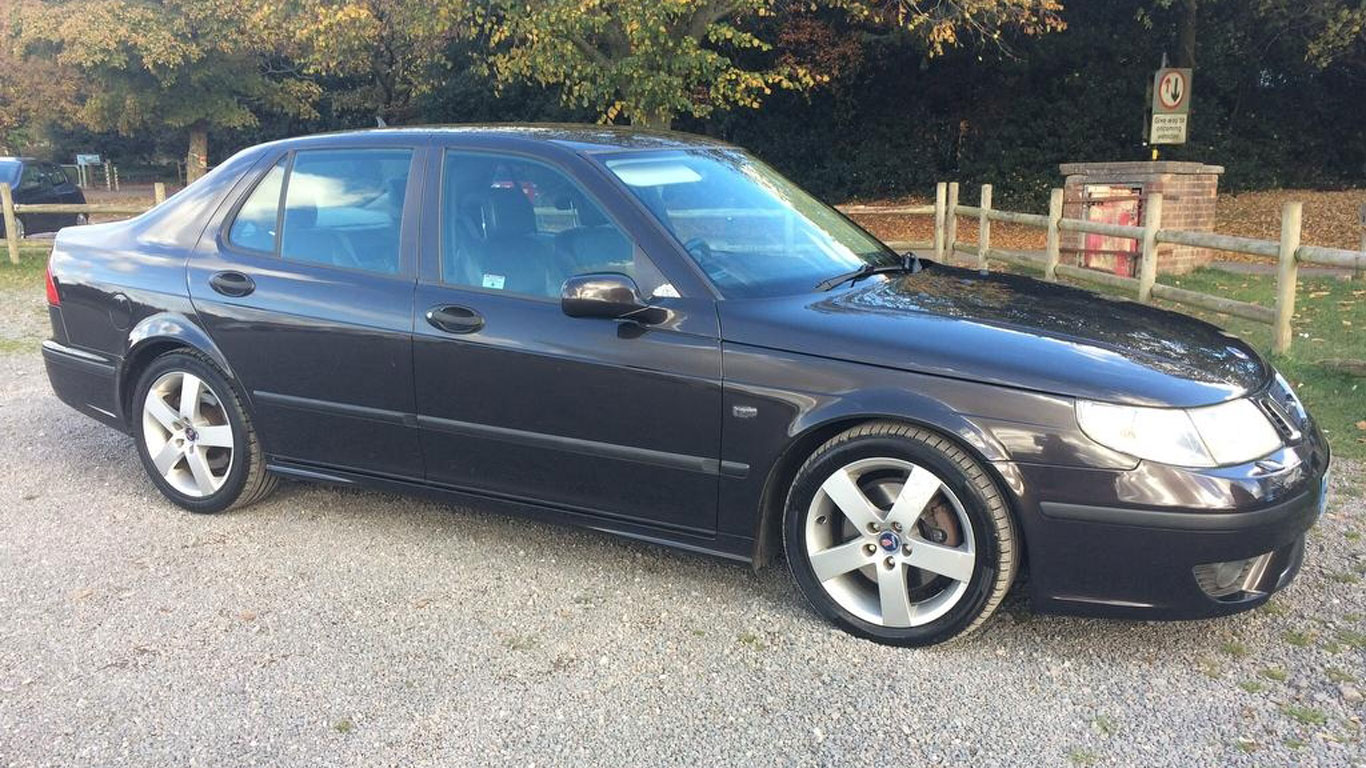 There was a time, in the not too distant past, when Saabs were driven by nice people. You always knew where you stood with Mr Saab (the majority were driven by men). Buying a Saab from a main dealer or directly from a seller was a pleasurable experience.

Sadly, those days have gone, not least because the majority of cars have fallen into banger territory. But gems do exist, like this 2004 Saab 9-5 HOT Aero. The description reads like it has been written by a seller who’s rather reluctant to part with the car. This is always a good thing. 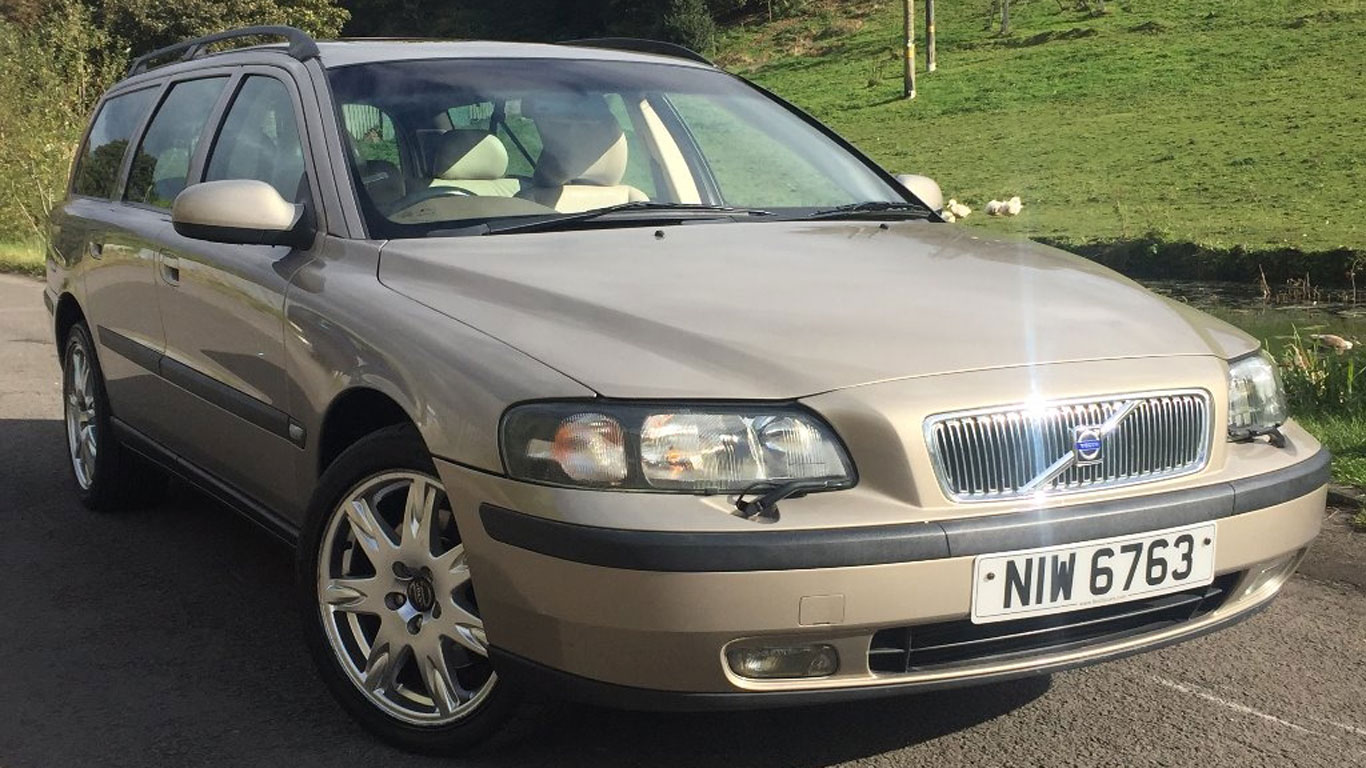 From one desirable Swede to another: this Volvo V70 T5 ticks many boxes. With acres of space and 250hp on tap, it’s little wonder they were firm favourites of the nation’s traffic cops.

The gold paint gives this 2002 added stealth appeal, while the specification and seven-seat factor means this could be all the family car you could ever need. Few cars offer such a compelling mix of space, comfort and pace. 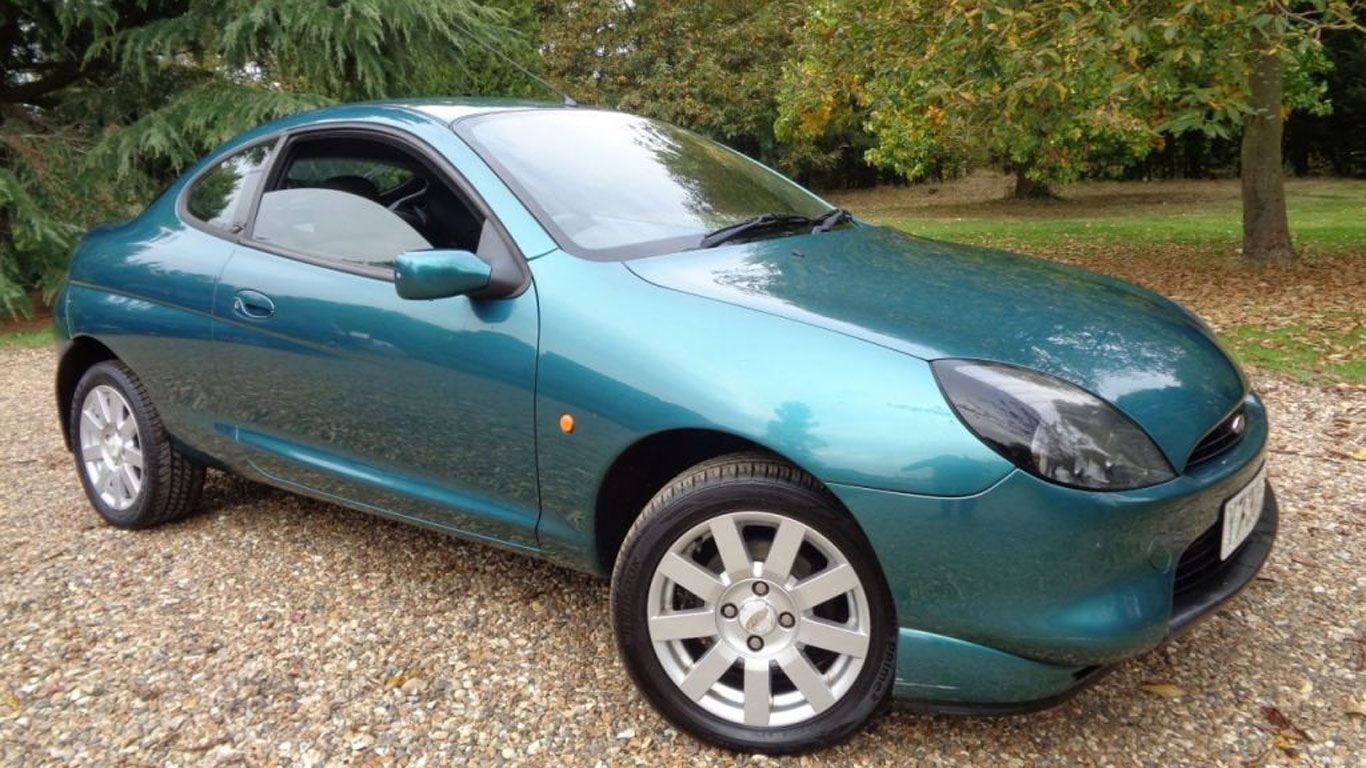 Again, the Ford Puma isn’t the fastest car on the planet, but its chassis means you can cover ground rather quickly. If it’s not the best front-wheel-drive coupe ever built, there can’t be too many cars above it.

A price tag of £1,495 is punchy for a Puma, but sub-£1k cars tend to be high-milers with more than a little body rot. Which means paying extra for a 26,000-mile car might be a wise investment. Green isn’t the Puma’s nicest colour, but the 1.7-litre Yamaha engine is the one to have 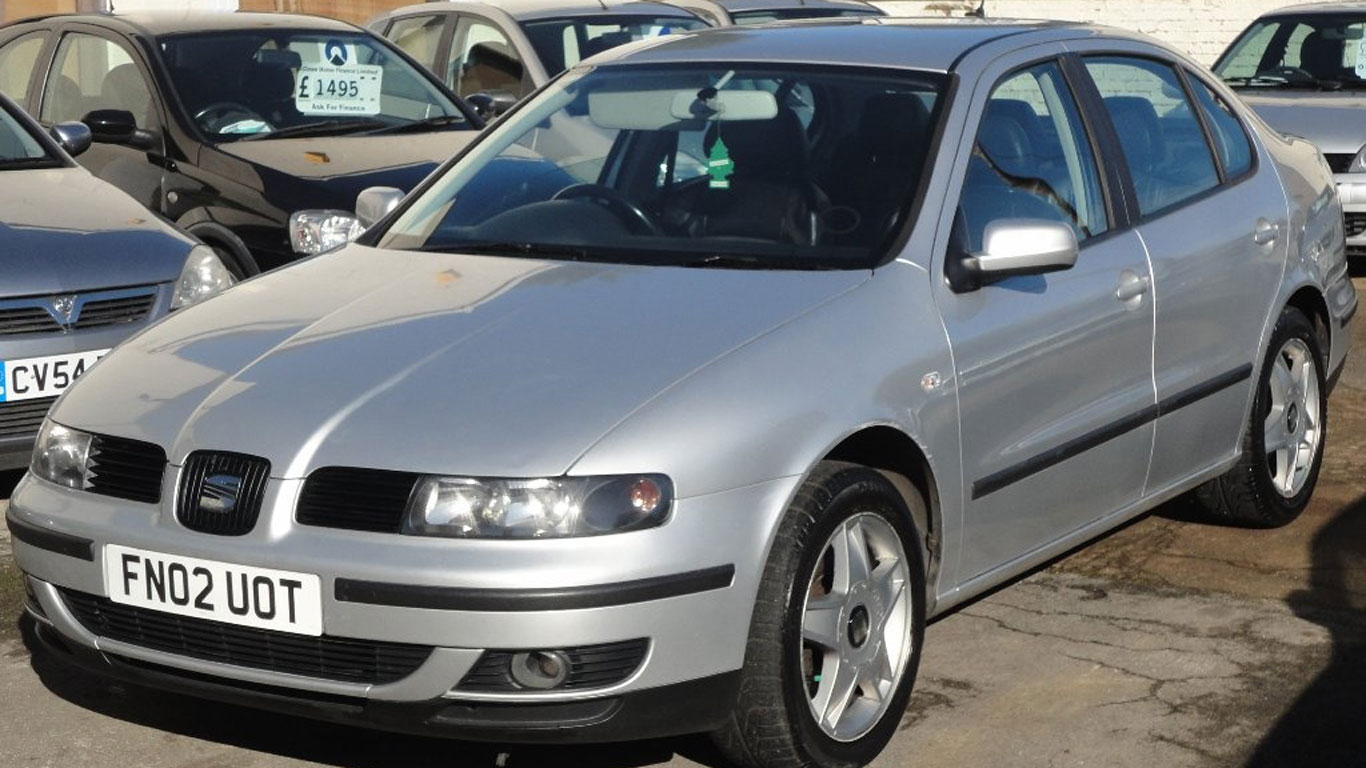 You want a sleeper? Have we got a sleeper for you. The SEAT Toledo V5 is essentially a Volkswagen Golf V5 in a more sombre and less desirable suit. All of which means nobody will know you’re packing a 170hp 2.3-litre five-cylinder engine until you disappear into the distance.

This 2002 car has covered 131,605 miles, which won’t be an issue if it has been serviced correctly. There’s an old-school performance saloon feel to the Toledo V5 and we’re very tempted to make an enquiry about this stealth weapon. 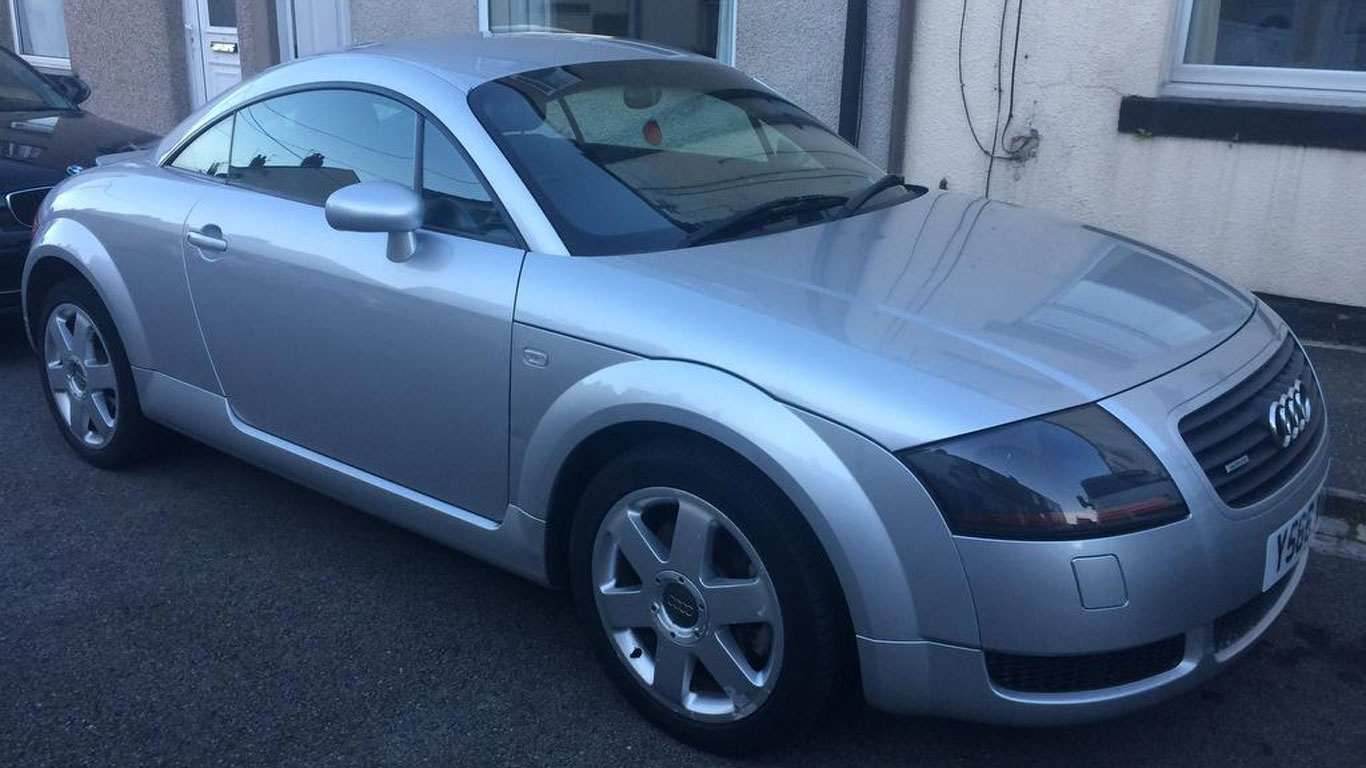 In standard 180hp form, the 1.8-litre Audi TT is more pose than power, but with 225hp on tap, things get a little more interesting. There are many TTs available for this sort of price, so you can afford to be selective.

This 2001 example looks to be in good condition. As for its performance credentials: bank on a 0-60mph time of 6.6 seconds. 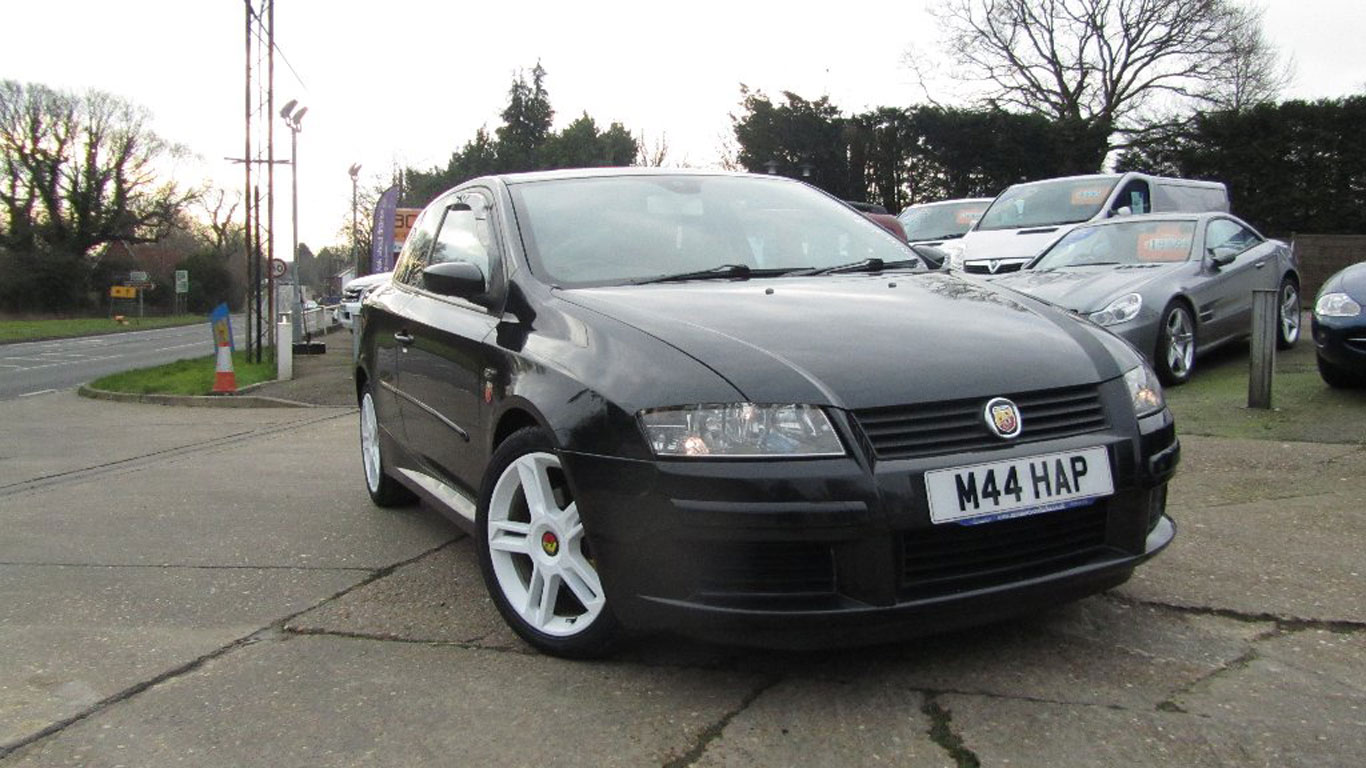 If you’re looking to stand out from the crowd, the Fiat Stilo Abarth could be the car for you. Contemporary reviews criticised the Italian warm hatch for looking a little plain, but to our eyes it has aged rather well. You’ll also be able to enjoy the soundtrack from a 2.4-litre five-cylinder engine.

Sadly, the engine only manages to rustle up a mere 170 raging horses, delivering a 0-62mph time of 8.5 seconds. On the plus side, this 2003 car has been treated to some subtle modifications and looks to be in good order. 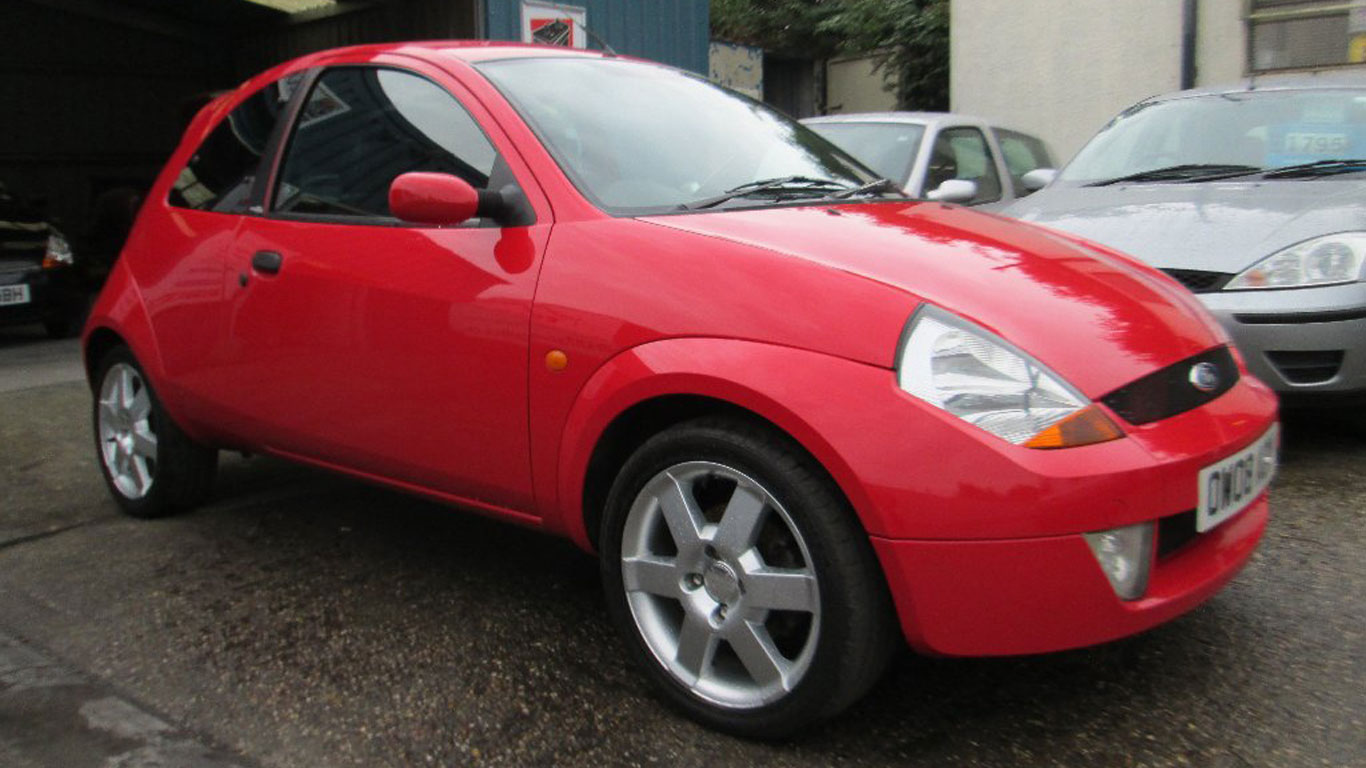 Much like the aforementioned Ford Puma, it might be worth spending a little extra to secure a good SportKa. Rust is the big issue, while many cars will have been well used and abused. Find a tidy SportKa and you’ll be rewarded with a terrific junior hot hatch. 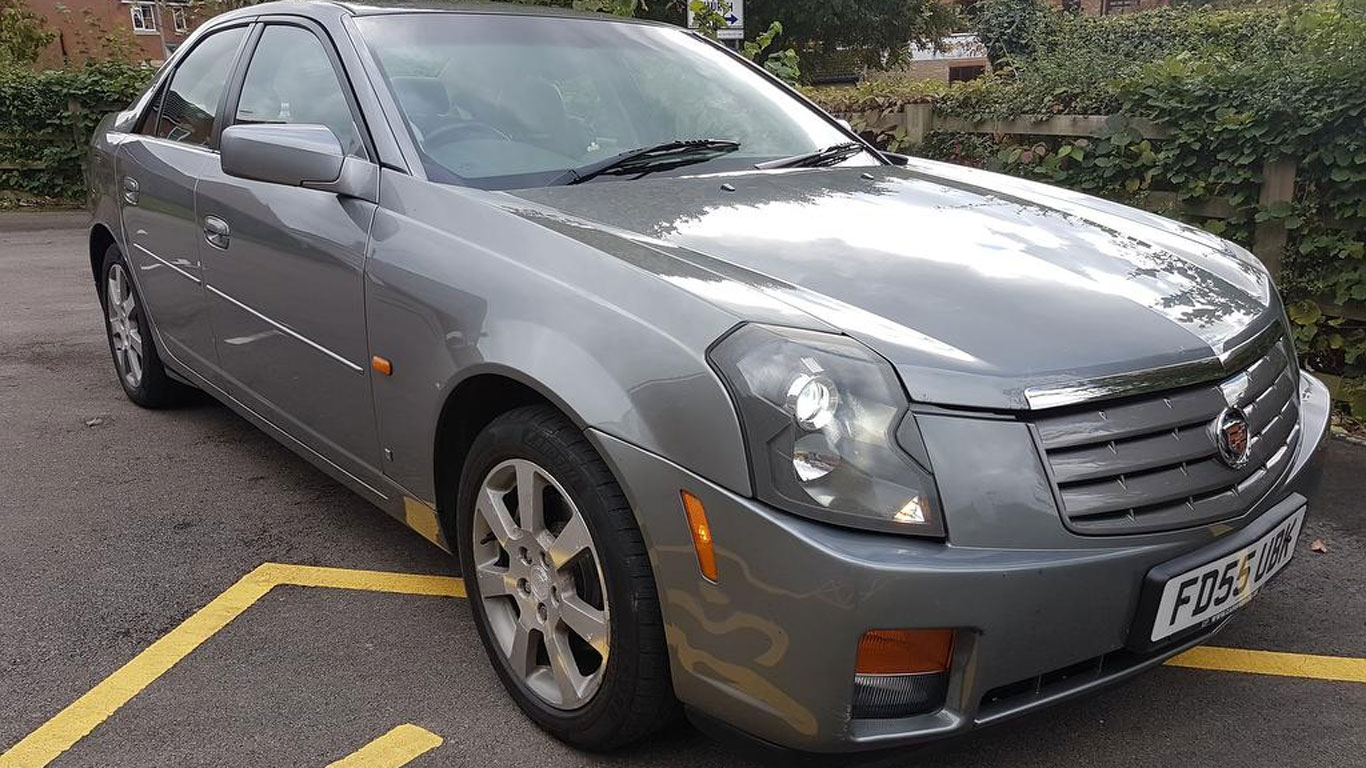 And so to our final car: the curveball, or leftfield choice. This time we’re offering something American: the full-fat Cadillac CTS 3.6-litre V6. Check out the performance figures: 0-60mph in 7.0 seconds and a top speed of 145mph. Best we gloss over the 24.4mpg and 275g/km CO2 figures.

As you’d expect, the Cadillac CTS is a rare sight in the UK, with many customers preferring the more economical, but rather lethargic 2.8-litre version. But if straight line speed and the ability to waft floats your boat, a CTS might be an inspired (if brave) choice.