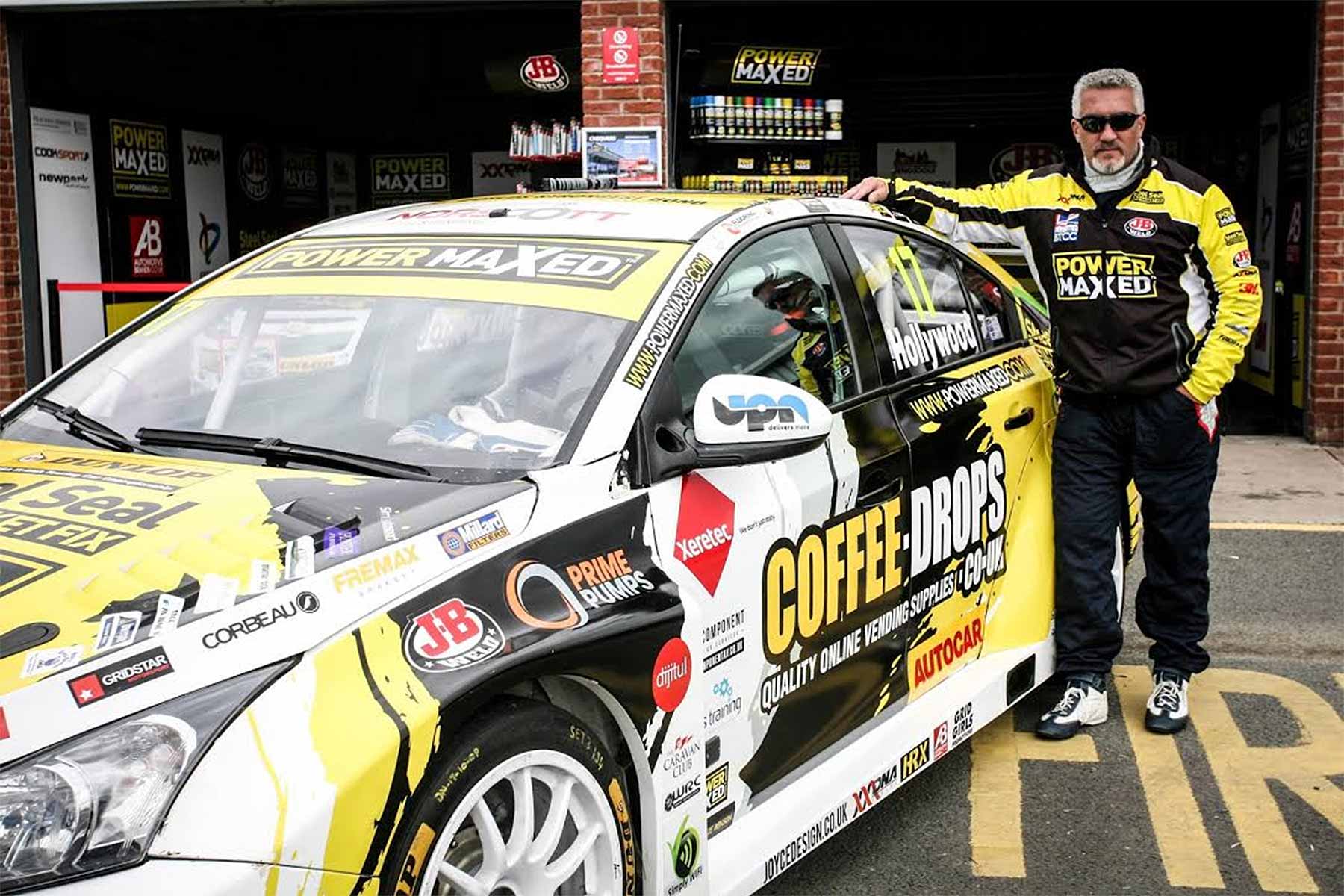 Hollywood will drive the turbocharged BTCC car on the Motofest sprint circuit during the event, running on 3-4 June, sharing the car with team boss Adam Weaver. The car will come fresh from the 2017 BTCC circuit after already scoring points and fastest laps in the team’s debut season.

Indeed, the car scored a podium in the hands of regular driver Senna Proctor during the most recent BTCC round at Thruxton last weekend. Luckily, Hollywood is no beginner racer. He has actually raced in the British GT championship, and was formerly part of the title-winning Beechdean Aston Martin team.

“When Paul takes to the track, he will be following in the tyre tracks of our previous celebrity drivers which include Red Dwarf’s Robert Llewellyn and actor Rupert Grint’s rally driver brother James, all of whose participation shows the profile Coventry Motofest now enjoys as an event,” said festival director James Noble.

He adds the channel-hopping Bake-Off star won’t be the only attraction at Motofest 2017, either. As ever, multiple pop-up showcases and demonstration events will be taking place in what organisers say is now the largest free motorsport festival and automotive fringe event in the UK.