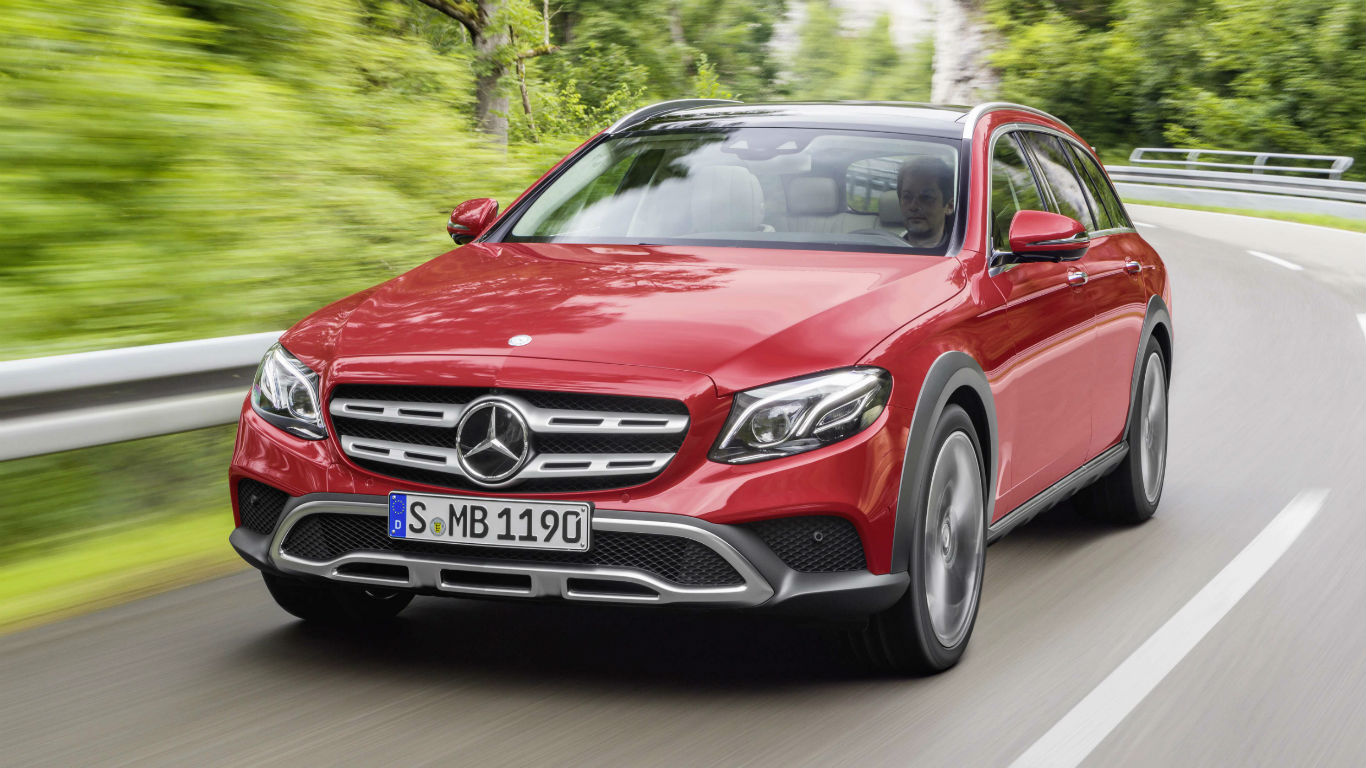 Apparently there is a market for chunky off-roader versions of premium estates – see the Audi A6 Allroad and Volvo V90 Cross Country as examples – and now upmarket Mercedes wants in on the action.

Revealed in these pictures ahead of its official Paris Motor Show debut next week, the E-Class All-Terrain boasts an extra 29mm of ground clearance compared to the regular E-Class estate.

Around half of this comes from fitting 19- or 20-inch alloys with chunky sidewalls, while the rest comes from the air suspension which sits 15mm higher during normal driving.

A beefier grille gives it an SUV look, while a revised front bumper, black plastic wheel arches and new side skirts complete the roughty-toughty appearance.

Of course, most E-Class All-Terrain buyers will want the car’s abilities to live up to its appearance (for times when a visit to a National Trust property requires venturing into the countryside, perhaps). It uses the firm’s 4Matic four-wheel-drive system as standard, along with air suspension which can be raised (up to 156mm) at a touch of a button.

It also features an all-terrain driving programme which has a special indicator in the vehicle display. This includes information such as the steering angle, vehicle level, angle of slope and angle of inclination.

Initially the All-Terrain will only be available with the new E220d four-cylinder diesel engine producing 194hp, while a six-cylinder diesel will follow in the near future. Unfortunately there’s no talk of a hot AMG version. 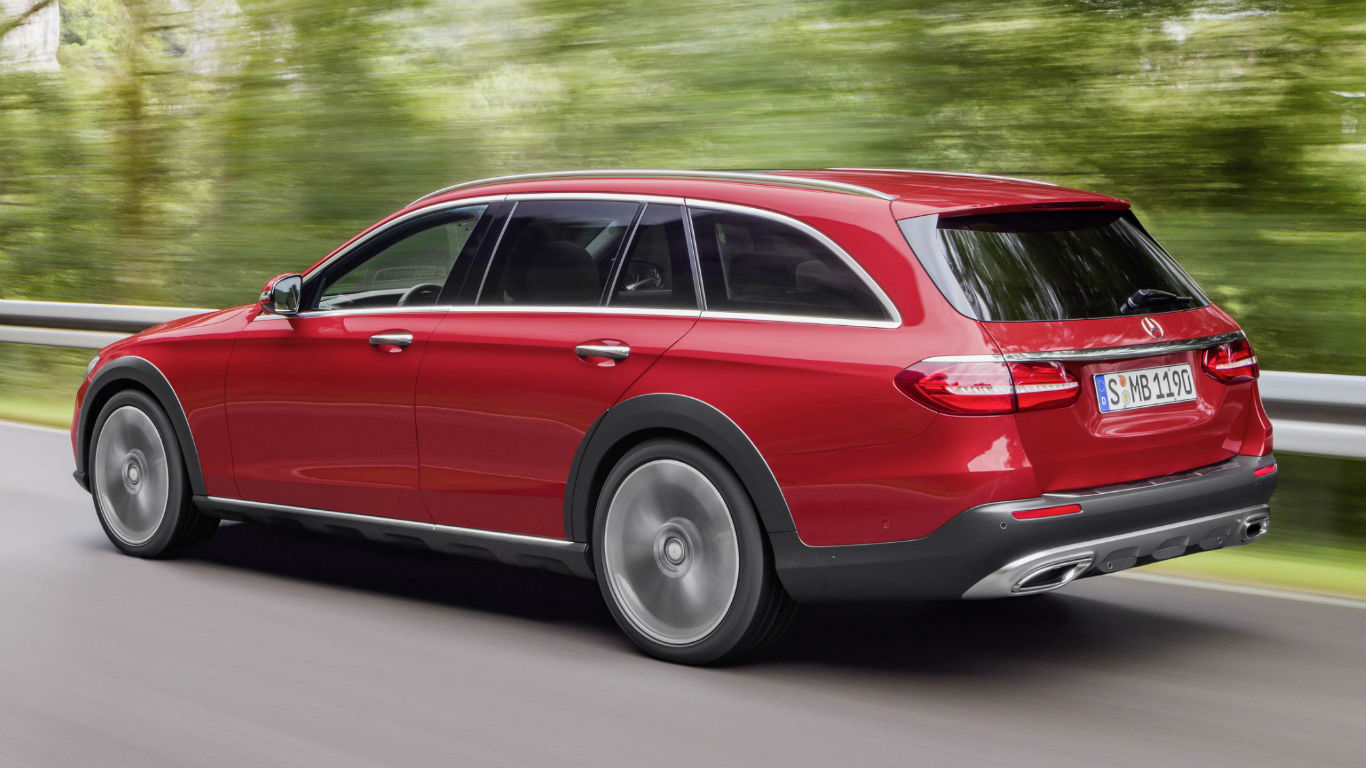 Prices are yet to be confirmed but it’s likely to be taking on the Audi A6 Allroad, which starts at £46,505. That puts it slightly above the Volvo V90 Cross Country, which is expected to be priced from less than £45,000.

We’ll see the Mercedes-Benz E-Class All-Terrain in the metal at the Paris Motor Show 2016, where Motoring Research will be reporting live.