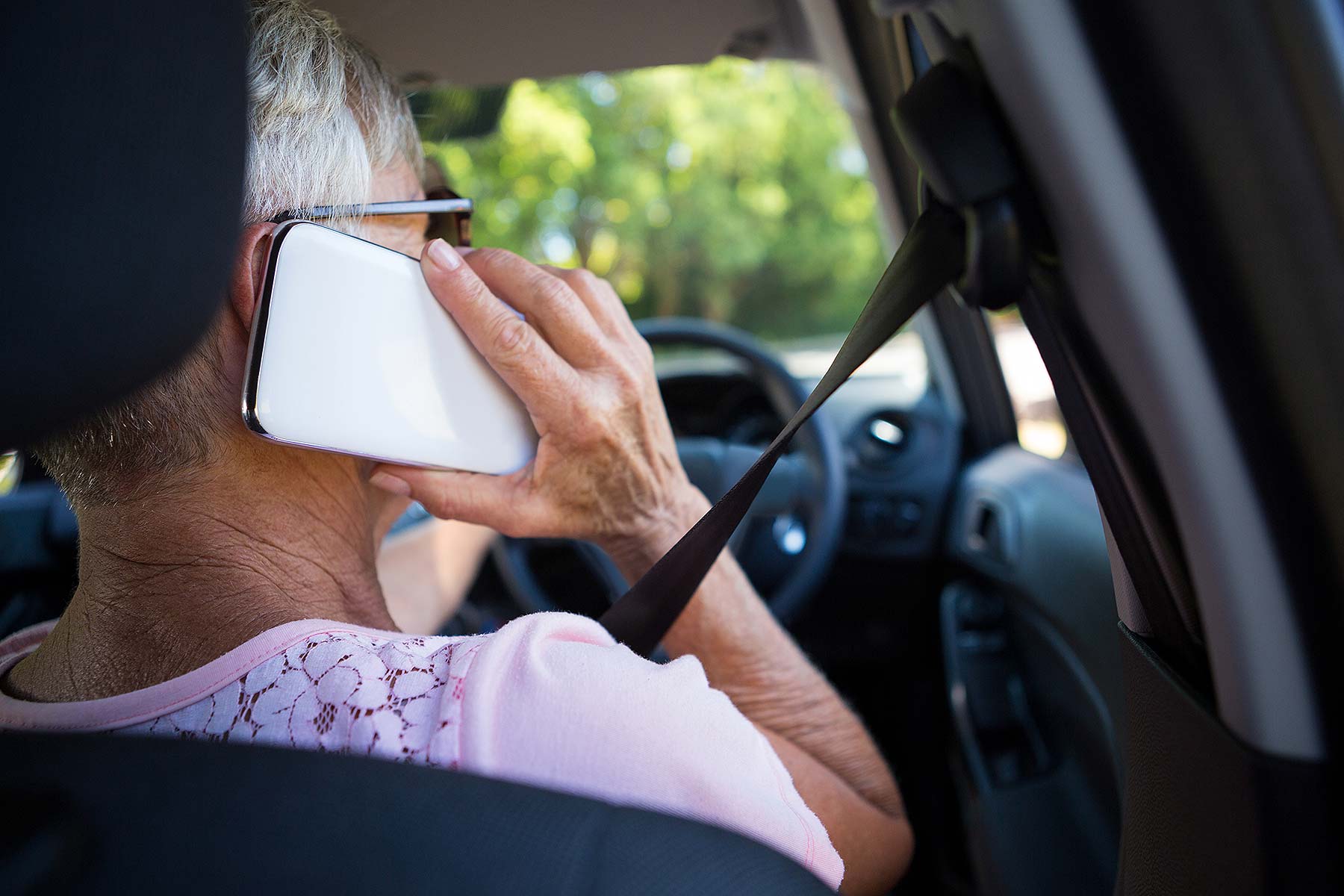 It’s been described as a problem of epidemic proportions. But sadly for most of us, there’s no single shot in the arm that can be administered to drivers convinced they can safely use a handheld smartphone while they’re driving a one-and-a-half tonnes of metal and plastic on Britain’s busy roads.

The stats make for grim reading. The latest UK Government figures show a year-on-year increase in crashes in the UK where a mobile phone was a known cause. And that’s just those instances where the police were sure a phone was a major factor – which means it almost certainly underestimates the problem. Yes, there are plenty of other threats on the road, from speeding drivers to those who drink and drive. But few are as prevalent as the menace of the handheld smartphone – at least if my daily commute is anything to go by.

There’s surely no excuse for it, yet at the same time I think many drivers think there really is. Here’s why.

Do you remember the first time you got behind the wheel of a car? The nervous rush of energy as the instructor took you out? The intense concentration? The dry throat at the end of the lesson (that might just have been me)?

As the months went on, you built your confidence until you were ready to take your test. By this point you were no longer thinking consciously about when to step on each pedal, or how to physically change gear. The whole process had, miraculously, become automatic. And it is the intuitiveness of the whole experience that is surely one of the great pleasures of driving.

The problem is that a lot of drivers see that automation as a pass to do other stuff. The practice of driving becomes the easy bit – and creates a false sense that we have some mental space to fill with thinking about and doing other things.

Don’t get me wrong – the car can be a distracting place at the best of times. Even without my phone demanding my attention (thank you Apple for Do Not Disturb While Driving in iOS 11, and Waze for letting my loved ones know if I’ll be late because of traffic), a screaming child in the back of the car or a heated conversation with my partner can be enough to move anyone’s mind from driving.

However, the opportunities a phone gives you for distraction takes things to a whole new level. I’d argue that in 2018 there can be few greater temptations than reaching for your phone when it rings, pings or buzzes, especially if you’re crawling in traffic.

I have a genuine worry that things are getting worse. Even though the penalties in the UK for using a handheld phone at the wheel recently got tougher, I’m pretty sure I see more people doing it now – not less. And I reckon most of them are well aware of what they’re doing, well aware of what might happen while they’re preoccupied on the phone, but are still happy to do it because they consider it nothing more than a minor misdemeanour.

At the same time, the availability of potentially distracting tech in our cars is increasing. Most modern vehicles come with Apple CarPlay or Android Auto – so suddenly technology that we’re normally just using on a phone has made its way into the car. But with this comes more temptation for us to do something other than driving – and right now, that’s a bad thing because regardless of how much current tech you have fitted, it’s still you driving a car, not the car driving you.

What we really can’t do is wait until a time when the car is fully in charge, finally giving us the chance to kick back and watch Netflix or spend our commutes checking our phones. And that’s presuming the day when our roads are solely occupied by fully autonomous cars actually arrives – some carmakers remain sceptical about the whole idea. We’re each going to have completed many thousands of journeys before we get there, if we ever get there. So we need to take (urgent) action on unnecessary distractions now.

So, what’s the answer? Call me gloomy, but I’m not certain there is one. Shock tactics have a big part to play – but I can’t see serious money ever being spent on billboards across the country to emphasise the potentially tragic consequences of someone causing a crash because they glanced at their phone. Finger wagging by the authorities is also unlikely to convert those intent on flouting the law.

For me, the best chance is for all of us to be willing to have a conversation about the issue. It’s asking a lot to say everyone who has ever used a phone at the wheel should see a therapist, but we do need to give ourselves the space and time to really think about why we believe we can still be in control of our cars when our eyes – and our minds – are so clearly on something else. I don’t think it’s necessarily a technology problem.

The best hope of stemming a further, unnecessary increase in mobile phone-related crashes, then, is for each of us to take much more individual responsibility. Because, when all is said and done, picking up a phone while we’re in the car is still a choice we make, no matter how ‘urgent’ that feeling to talk or text is.