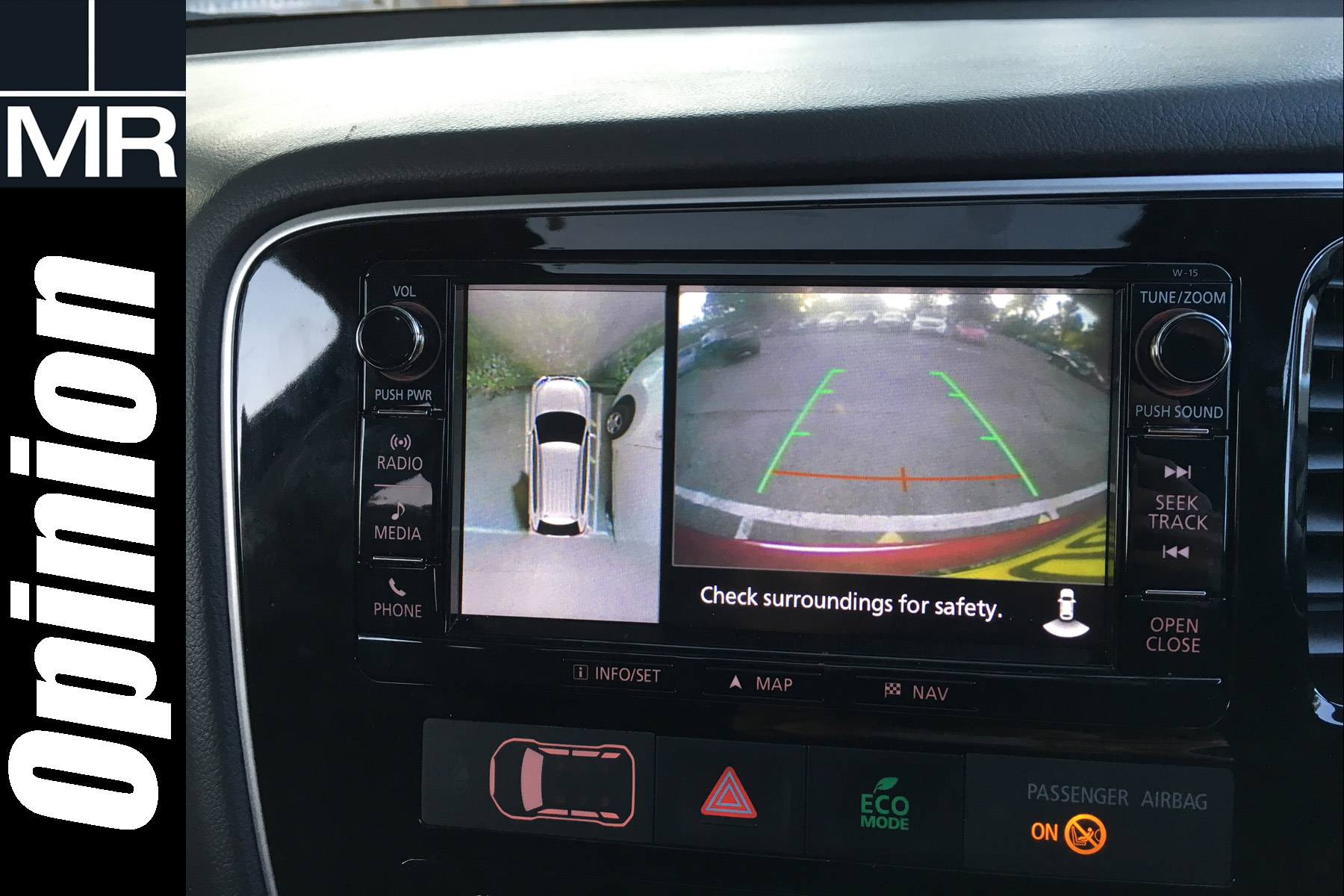 The amount of safety kit fitted to modern cars is ever-increasing. From the legally-required stability control and seat belts to the more advanced collision avoidance and lane guidance systems, most of us take it for granted these days.

But there’s one feature which is only ever seen as a ‘nice to have’: the reversing camera.

Our long-term Mitsubishi Outlander is equipped with a 360-degree surround-view camera system as standard. It’s clever – but it’s only available on higher-spec models.

I recently realised I’d be really nervous reversing a car of that size, with its huge blind spots, without a camera. Yes, you could argue that I’ve simply got too used to the Outlander’s rear-view camera and we managed for years reversing cars fitted without sensors, never mind an actual camera.

But cars are getting bigger and as they’re being increasingly packed with safety kit, they’re getting harder to see out of. Gone are the thin window pillars of old.

You could be the most alert, safety-conscious driver in the world. But if there’s a small child standing behind the (silent) Mitsubishi Outlander when it’s reversing, if it’s not fitted with a camera, you haven’t got a chance.

Even on the expensive (and huge) Audi Q7, you have to spend an extra £500 for a reversing camera on lower-spec models.

I do wonder if more should be done to encourage rear-view cameras fitted as standard on certain vehicles. Or am I pandering to the nanny state?