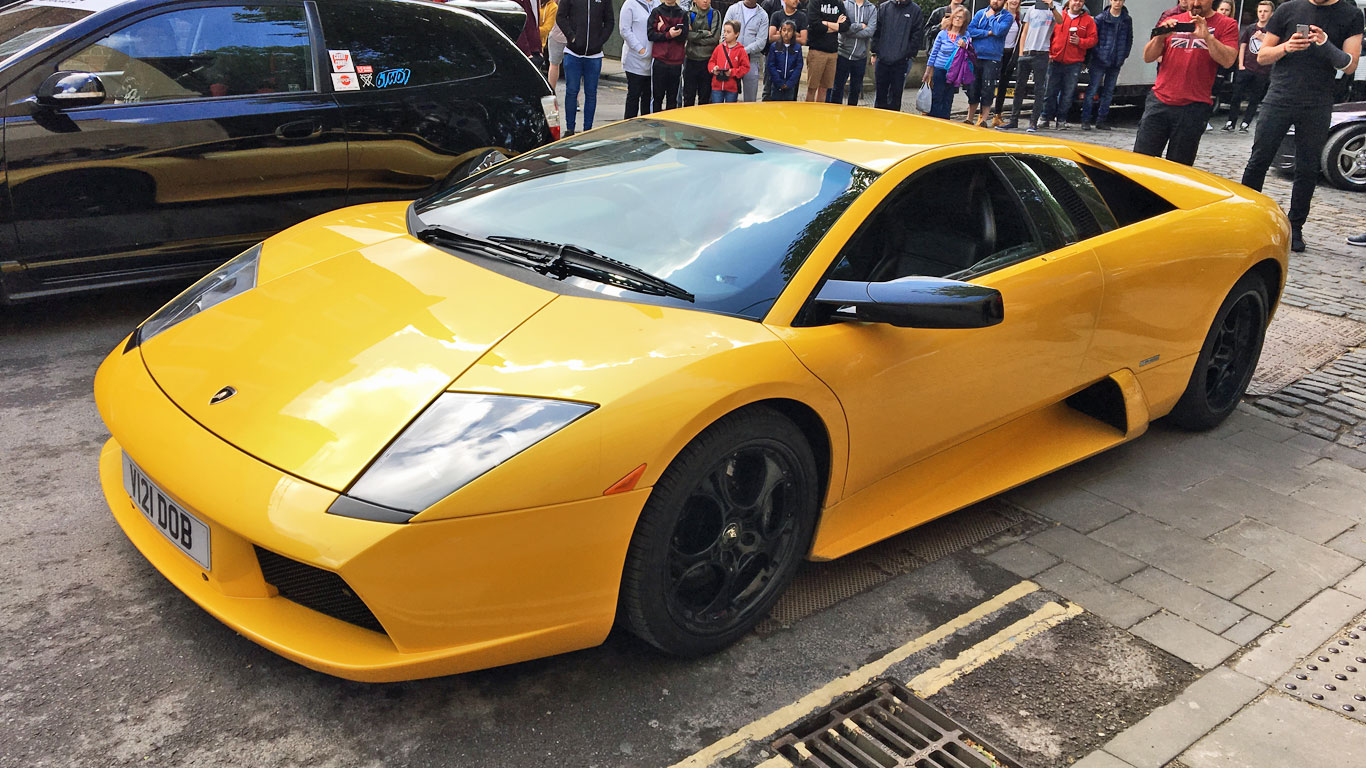 What’s your favourite kind of car event? I used to be a regular visitor to classic car shows, but always found them a bit stuffy. Local ones often featured the same cars, parked up with their owners sat behind on chairs and told they absolutely must not move their vehicles before 5pm when the great unwashed have left. And, of course, there are the exorbitant fees charged for entry and, once you’re inside, you’re restricted to on-site catering, which will turn a visit to a local show into an expensive day out.

We’ve held a few Retro Live events now which, I think, hit the spot well – formalities kept to a minimum, nothing more than a few hours of car chat on a Sunday morning and breakfast provided. But this Sunday, blurry-eyed after an evening of Eurovision excess, I was dragged along to Bristol’s Queen Square where I was promised a few cool cars would be meeting up for an event like no other. And it was brilliant.

A modified Fiat Uno Turbo rubbed shoulders with a Lamborghini Murcielago, while spectators gathered to watch cars coming and going. There was no strict organisation, no requirements about what constitutes a car worthy of displaying. Arrive when you like, leave when you like. Police were on hand in case anyone got carried away (a few couldn’t resist using a little too much throttle when leaving), but most were well behaved.

My personal favourites included a Guards Red Porsche 944, driven by a middle-aged lady who almost looked like she’d stumbled into the show by accident (a possibility, as it’s held on deserted public roads). A Bond Bug prompted smiles all round, while a man with a Tesla moved it back and forth along the Queen Square cobbles using an app on his phone.

My only concern about the event is that it appears to be teetering on the edge of being a victim of its own success. Friends who are regular visitors tell me it used to be much smaller and more exclusive, and didn’t need a police presence to keep things sensible. Based on that, I’m not going to tell you when the next one is. You’ll have to go and find out.

Tell us about your favourite car events in the comments section below.