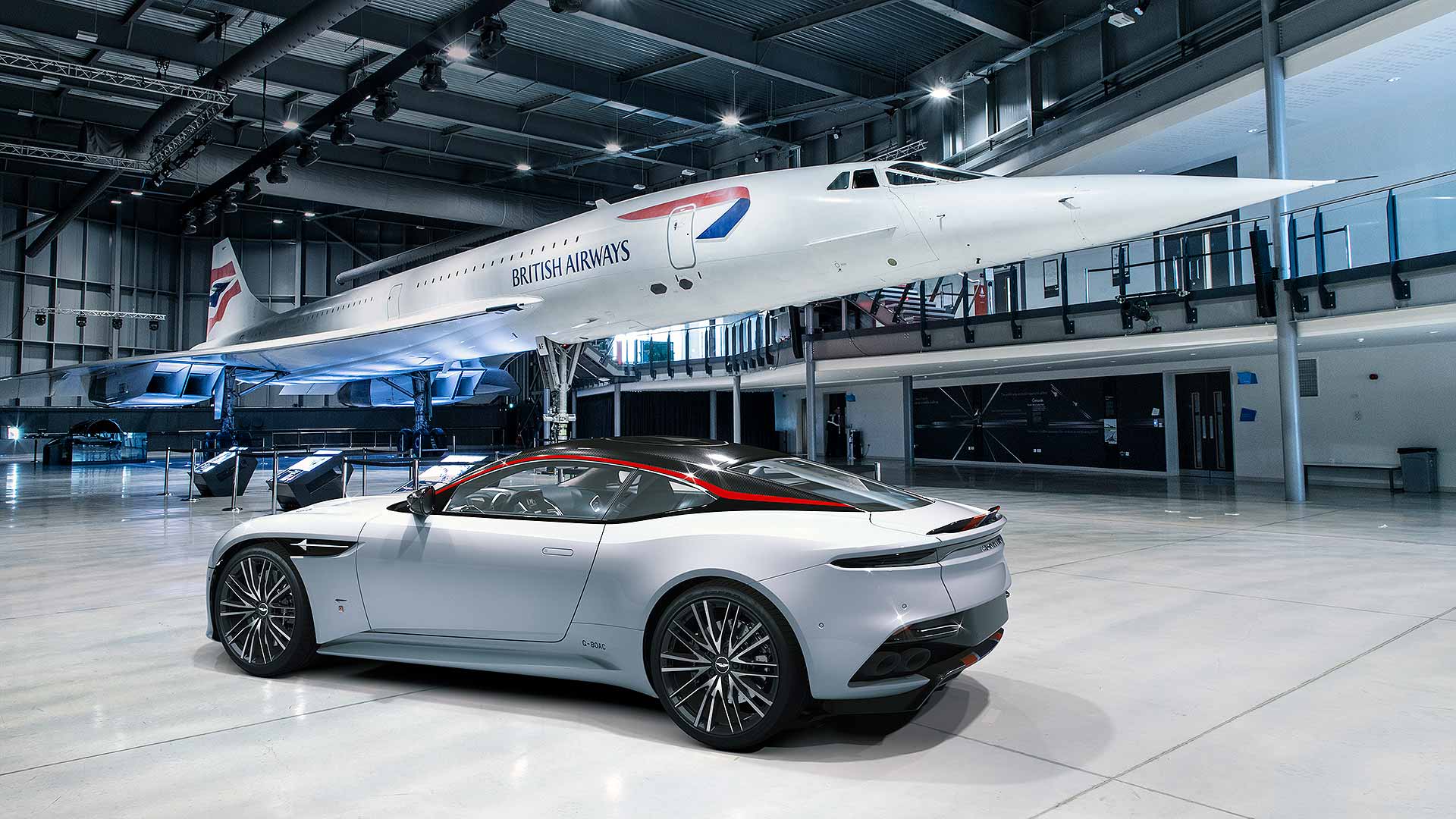 From what I can make out, the primary justification for Aston Martin’s Concorde tribute act is that there’s a dealer ‘just a long runway’s length’ from the British home of the supersonic icon.

Two miles, as the crow flies. That’s the distance between Aston Martin Bristol and Filton – where the last Concorde to fly is seeing out its enforced retirement like a former pilot shunted into a care home.

The fact that its launch coincides with the 50th anniversary of Concorde’s maiden flight appears to be of secondary importance to the proximity of the Bristol showroom. 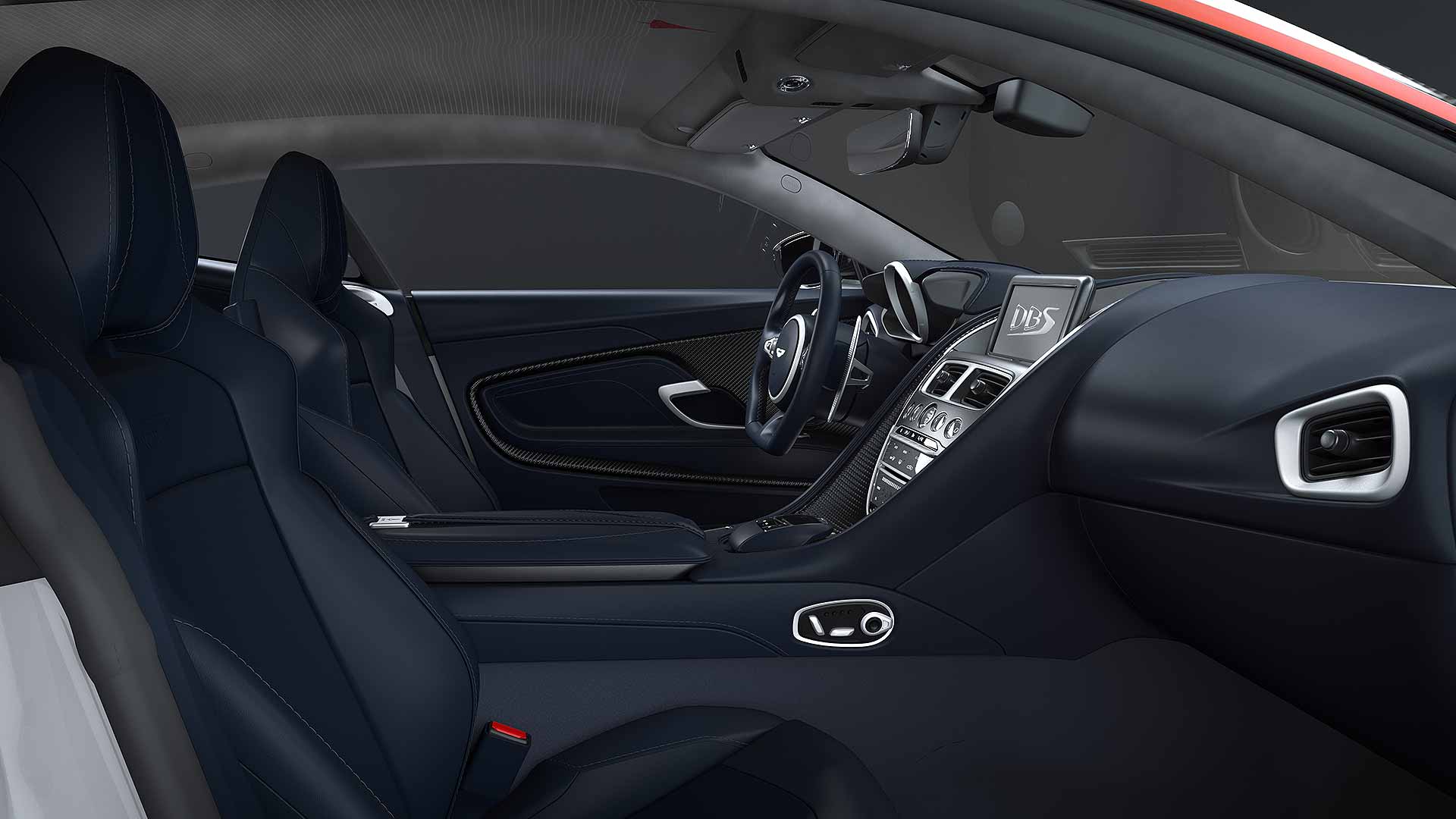 The dealer also happens to be two miles from the Bristol Golf Club, so presumably we can look forward to another Aston Martin special edition to mark 20 years since the club opened in June 2000.

Highlights will include a dashboard swathed in Pringle, a (dis)tasteful bonnet ornament, women barred from the best seats in the car, and a waiting list as long as the bar tab being run up by the club captain.

This may even open the floodgates for other Aston Martin dealers to get in on the act. Aston Martin Wilmslow will be considering the Golden Triangle special edition, complete with perma-tan orange paint, a botox-injected grille surround and a Swarovski-lined cabin.

Maybe Aston Martin Cheltenham will consider the GCHQ edition. It’s like the existing DBS Superleggera OHMSS, but the spec list is a closely guarded secret and the infotainment system is impossible to operate without access to a code-breaking machine. The car will be available exclusively in Russia. 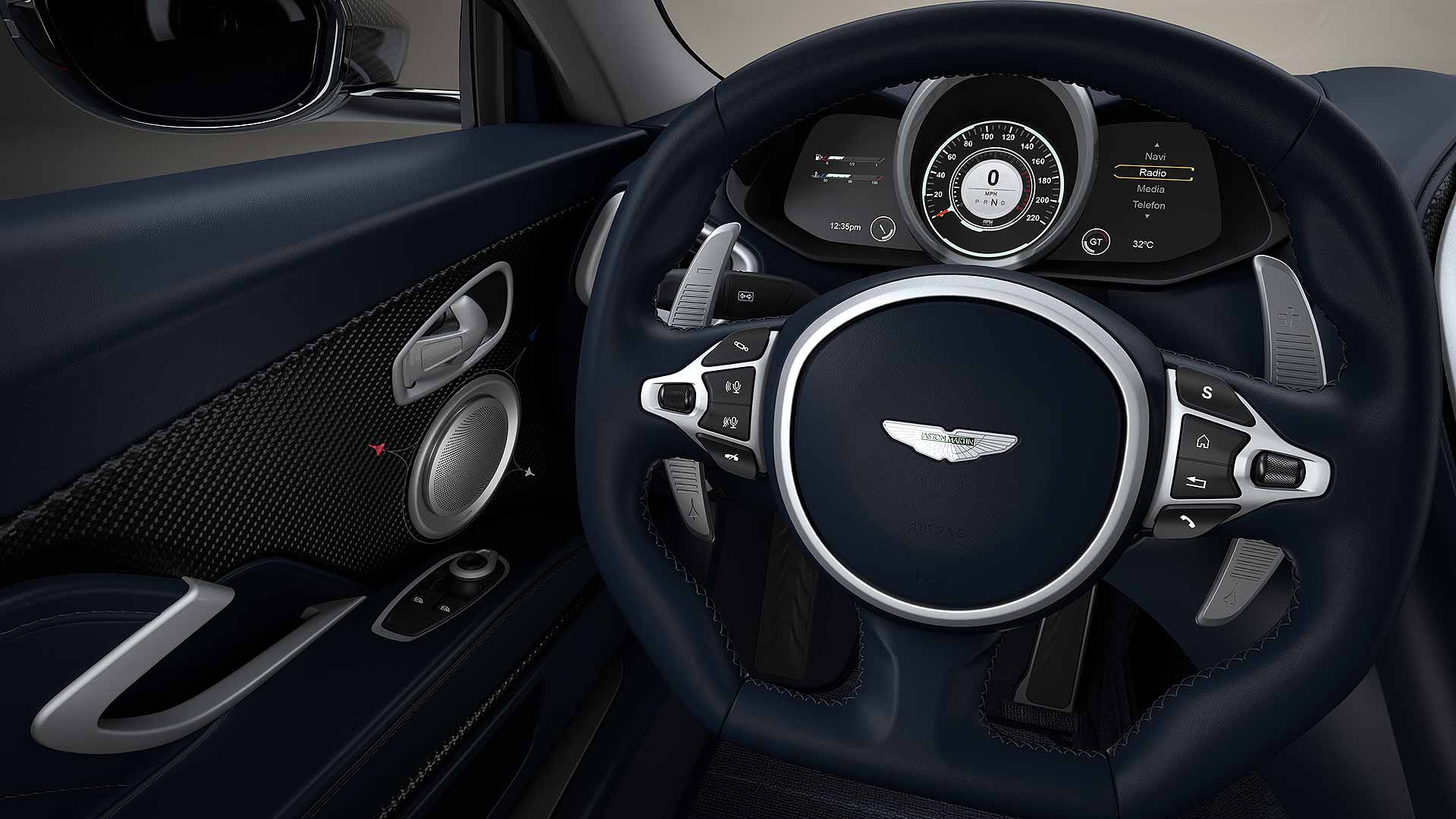 Granted, I’m not the target market for the DBS Superleggera Concorde. I’m not about to furnish Aston Martin Bristol with the £321,350 required for one of the 10 special edition models.

Think about that price for a moment: that’s nearly £100,000 more than the standard car. That seems like an awful lot, even if some of the proceeds are going to charity.

Concorde was a technological marvel. A pioneer. An innovator. I’m not entirely sure the Aston Martin is a fitting tribute, even if the paddle shifters are sourced from actual Concorde engine compressor blades.

Did somebody actually approve the Mach Meter graphic for the sun visor? 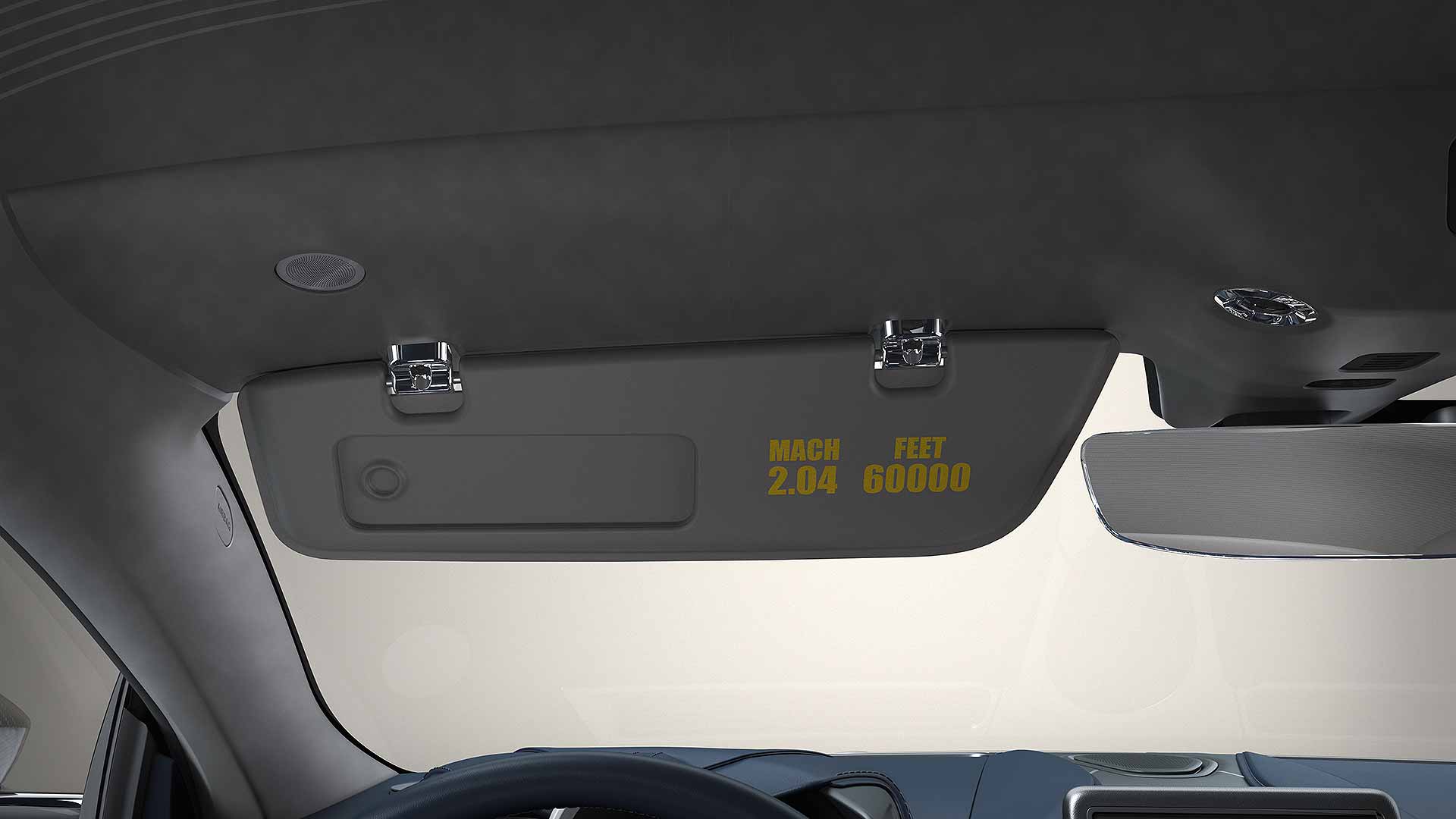 Few cars are fit to sit in the shadow of the Anglo-French masterpiece. The Mini, perhaps, although supersonic speeds are light years away from the little car, even in the hands of Paddy Hopkirk.

No, there’s only one car that deserves to share the limelight with Concorde. There are no chintzy decals or naff graphics. No limited edition plaque or Terence Conran floor mats.

Mesdames et messieurs, witness the splendour of when the most innovative car of the 20th century met its aeronautical equivalent. The Citroen DS and Concorde – the ‘Goddess’ and the ‘Queen of the Skies’. 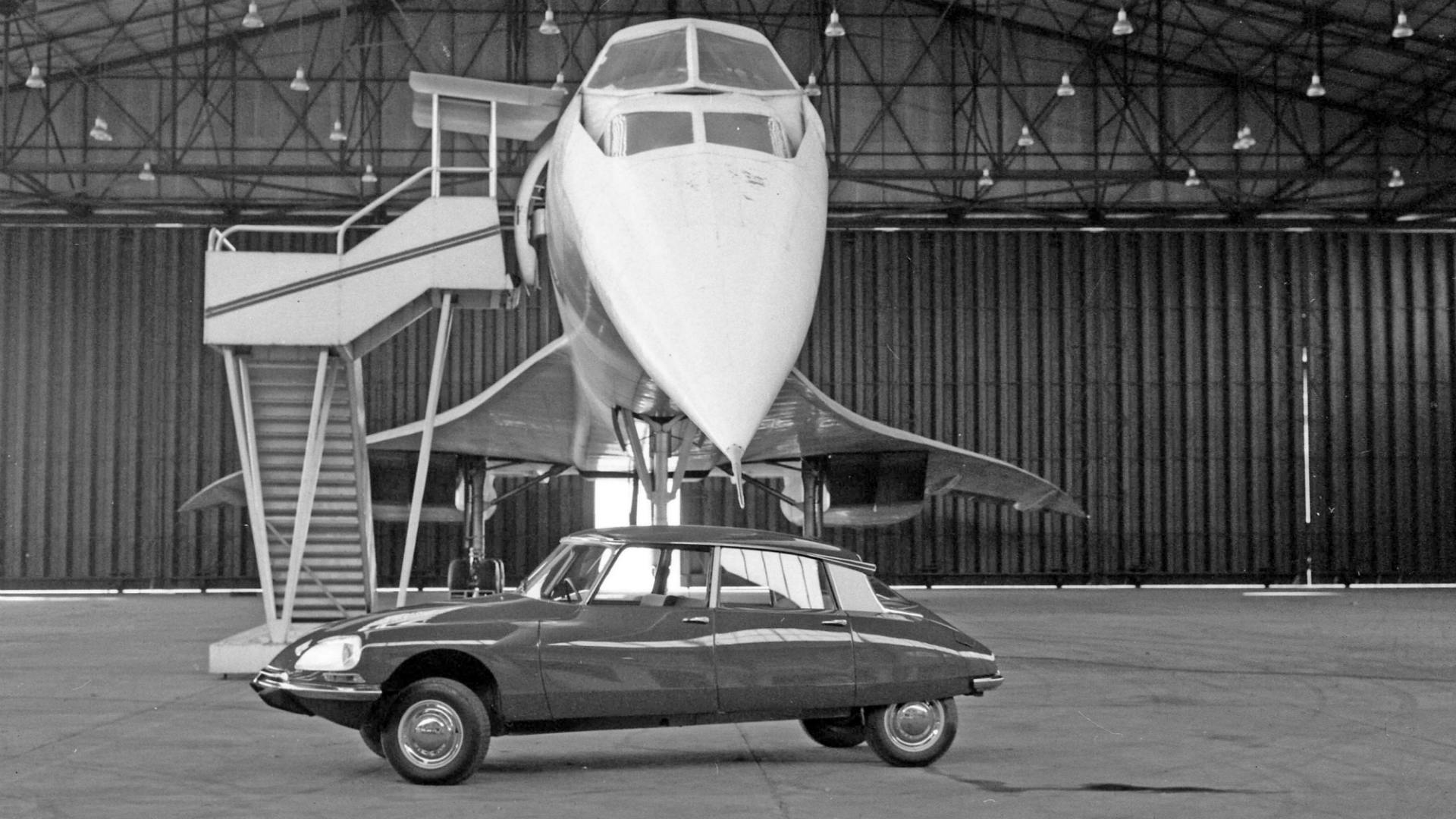