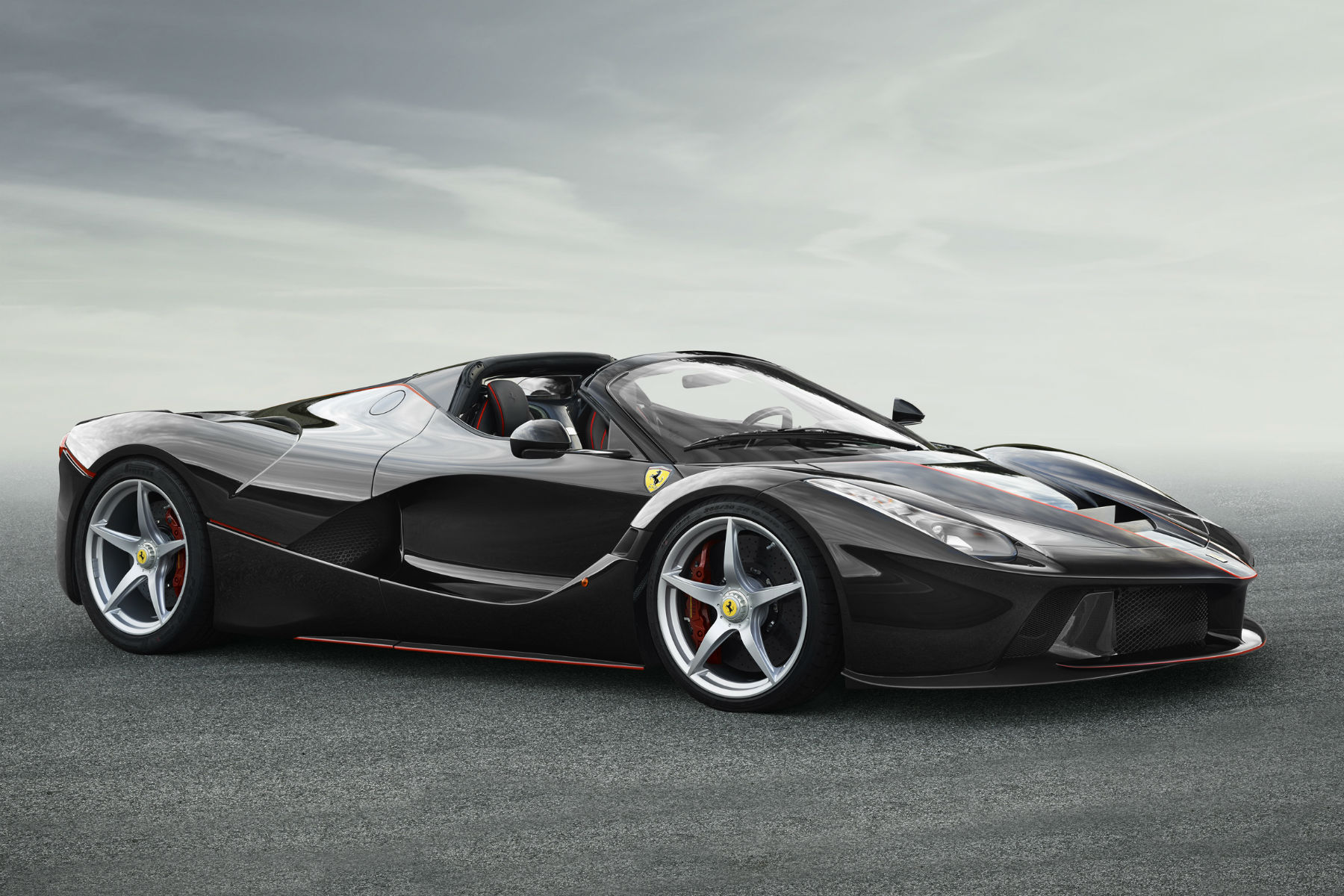 It’s a day of exotic unveilings – first, the incredible Aston Martin Red Bull 001 hyper hypercar (no, that’s not a typo), and now Ferrari’s taken the roof off its LaFerrari.

We suspected it was coming (a trickle of leaked spy shots ruined the surprise), but now Ferrari has released these three official pictures, along with the news that the soft-top LaFerrari is already sold out.

The boys in Maranello are keeping very quiet about details – we don’t know how many they’re building, for example, or even what’s it going to be called (because LaFerrari convertible just doesn’t cut it).

We do know, however, that selected clients were invited to a special preview event and now all available examples have already sold.

Powered by the same 800hp V12 petrol engine as the regular LaFerrari, combined with an electric motor, the LaFerrari spider boasts the same performance figures as the standard car. That means 0-62mph in 2.9 seconds, and a top speed of 217mph.

The manufacturer says buyers have been given a choice of a removable carbonfibre hard-top and a more conventional soft-top. Apparently the chassis has been heavily tweaked to “retain the same torsional rigidity and beam stiffness as the coupe version.” 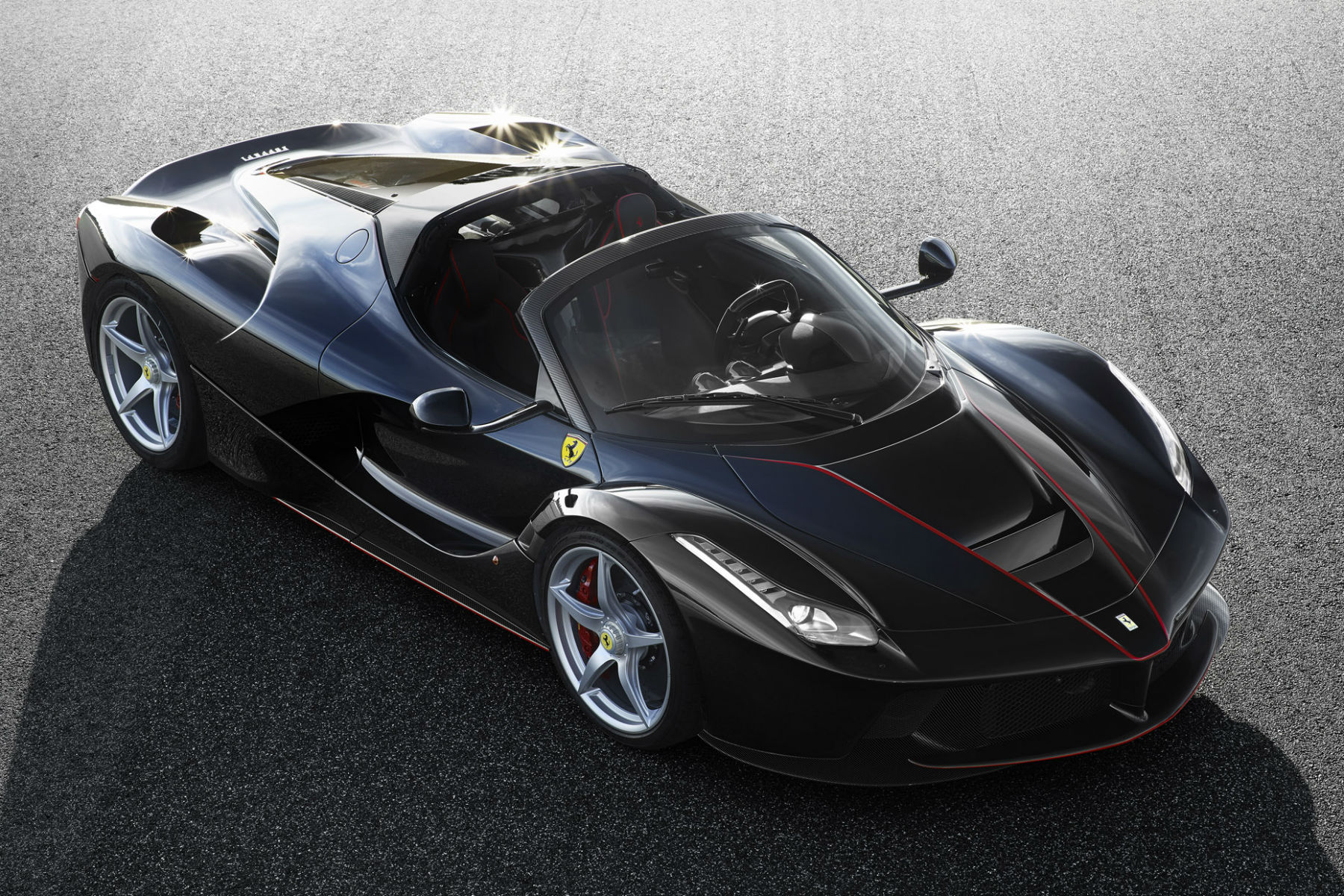 The soft top LaFerrari’s aerodynamics have also been further honed to guarantee the same drag coefficient when driving in the open configuration, says Ferrari.

We’ll find out more when the LaFerrari Aperta (or whatever it’s called) is revealed to the press and public at this year’s Paris Motor Show. As for the price? If you have to ask… (it’ll be more than the £1 million of the standard model).