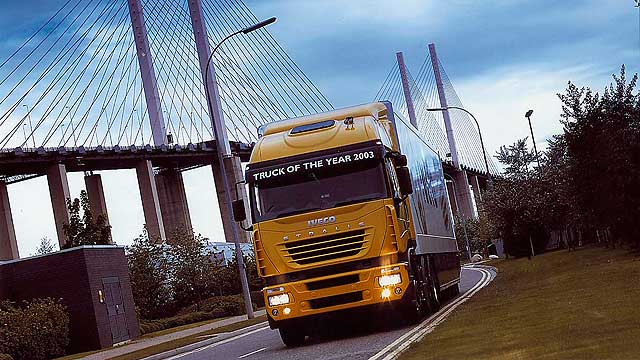 The government will make a rare speed limit INCREASE today when it raises the speed limit for lorries on rural roads from 40mph to 50mph.

Ministers have reportedly described the 40mph limit as ‘antiquated’ and are quashing it to reduce tailbacks – and also bring Britain in line with the rest of Europe, where an 80km/h limit for trucks is commonplace.

The Sun newspaper, for one, is delighted.

On speed limit change for truckers, The Sun says… pic.twitter.com/kRhcyAzEuL

The 40mph speed limit was originally set back in the 1960s and the congestion it causes costs hauliers millions of pounds each year. It means lorries are legally capped to driving 10mph slower than other large vehicles such as coaches and caravans.

Upping it to 50mph is being described as a safety measure. With trucks limited to 40mph, the 20mph speed differential between cars and lorries means that many motorists make risky overtaking manoeuvres to pass the slow-moving HGVs: this has proven to be very dangerous on rural roads.

Edmund King, the President of the AA, told the Telegraph: “We know from our members that quite often trucks doing 40mph on rural roads not only causes congestion but actually causes added danger.

“If the truck is doing 50mph, all the evidence suggests that the driver will be quite content to stick behind it rather than try to overtake.”

The new 50mph speed limit for HGVs on rural roads, which takes effect from January 2015 may not be the only speed increase truckers may benefit from, either: the government will also today announce it’s consulting to increase the speed limit on dual carriageways from 50mph to 60mph.