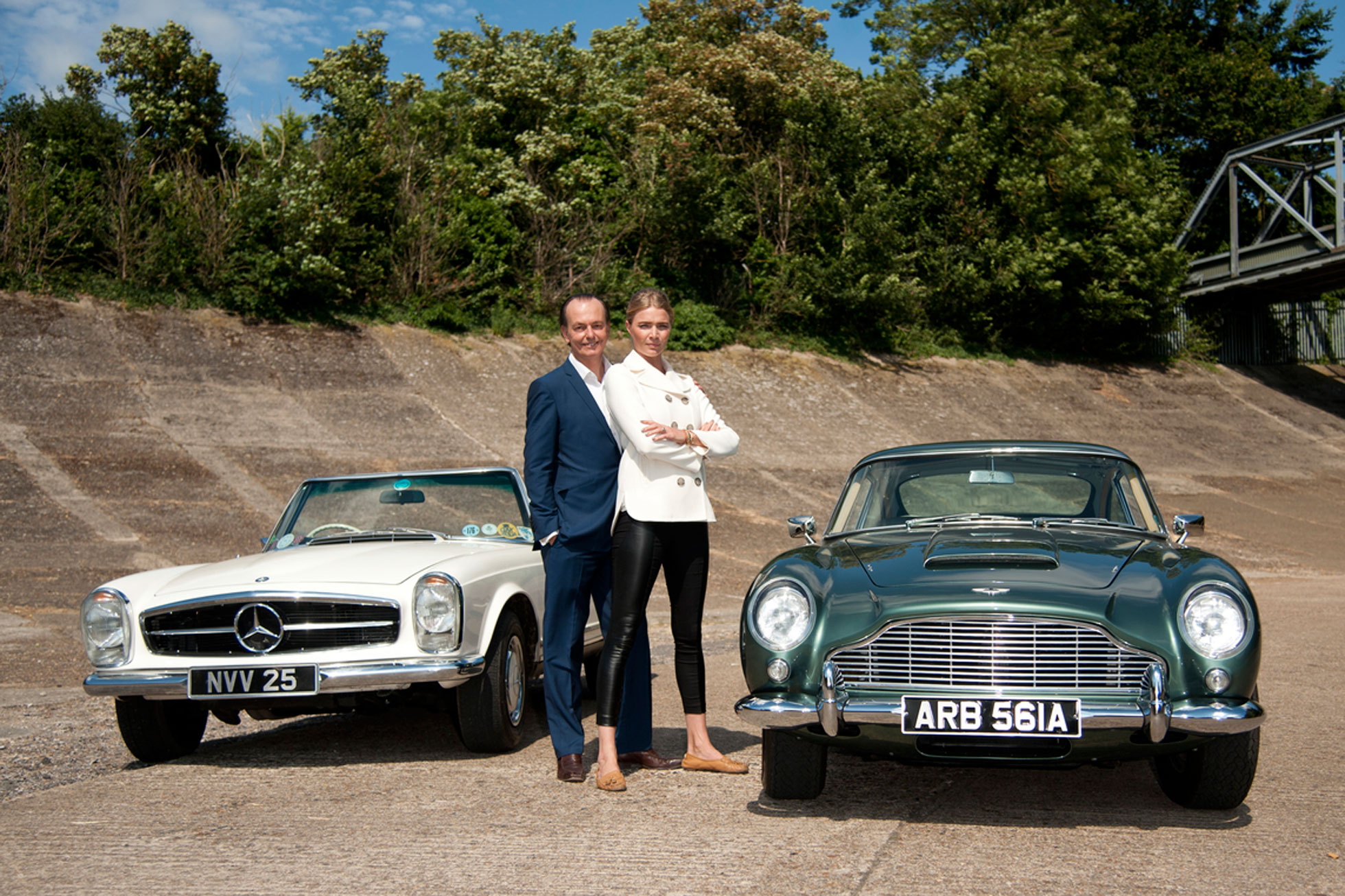 A new TV programme is broadcasting on Channel 5 this week, featuring a host of celebrities from Tinie Tempah to Steve Coogan.

Presented by ex-Top Gear presenter Quentin Willson and model Jodie Kidd, The Classic Car Show will cater for a mainstream audience – but “no cars will be hurt.”

In an interview with Motoring Research, Willson said: “There is room for The Classic Car Show and Top Gear. We are not trying to compete with them – they don’t really do classic cars.

“But in our show, we will never shoot, sink, crash or burn anything. Cars are to be respected and enjoyed.”

Willson also said he wanted to tackle the thorny issue of women drivers in the show, in a bid to appeal to all of the family and dispel any image issues the classic car hobby has.

He said: “We’ve got Jodie doing an excellent job of driving a variety of very expensive cars.

“And Jennifer Saunders also puts in an appearance. There’s no room for outdated stereotypes in our show.”

The programme, which airs at 7pm on Thursday 5 February, has been produced by Jim Wiseman and Stephanie Fox, both of whom have previously worked on Top Gear and Top Gear Live.

The series consists of 13 hour-long episodes, featuring a broad scale of classic cars, from sub-£5,000 bargains, to multi-million pound Ferraris.

Enthusiasts will be well catered for, despite the mainstream target audience, with features including Jodie Kidd driving a Jaguar XK120 on the Mille Miglia and racing driver Bruno Senna driving classics around the legendary Brooklands circuit.

Willson told Motoring Research: “I hate programmes that have no depth to them. Classic car enthusiasts are a knowledgeable bunch, and even though this is a programme for all the family, we don’t want to alienate anyone.

“We’ve done our research, everything is 100% accurate, and I’m sure will be enjoyed by everyone.”