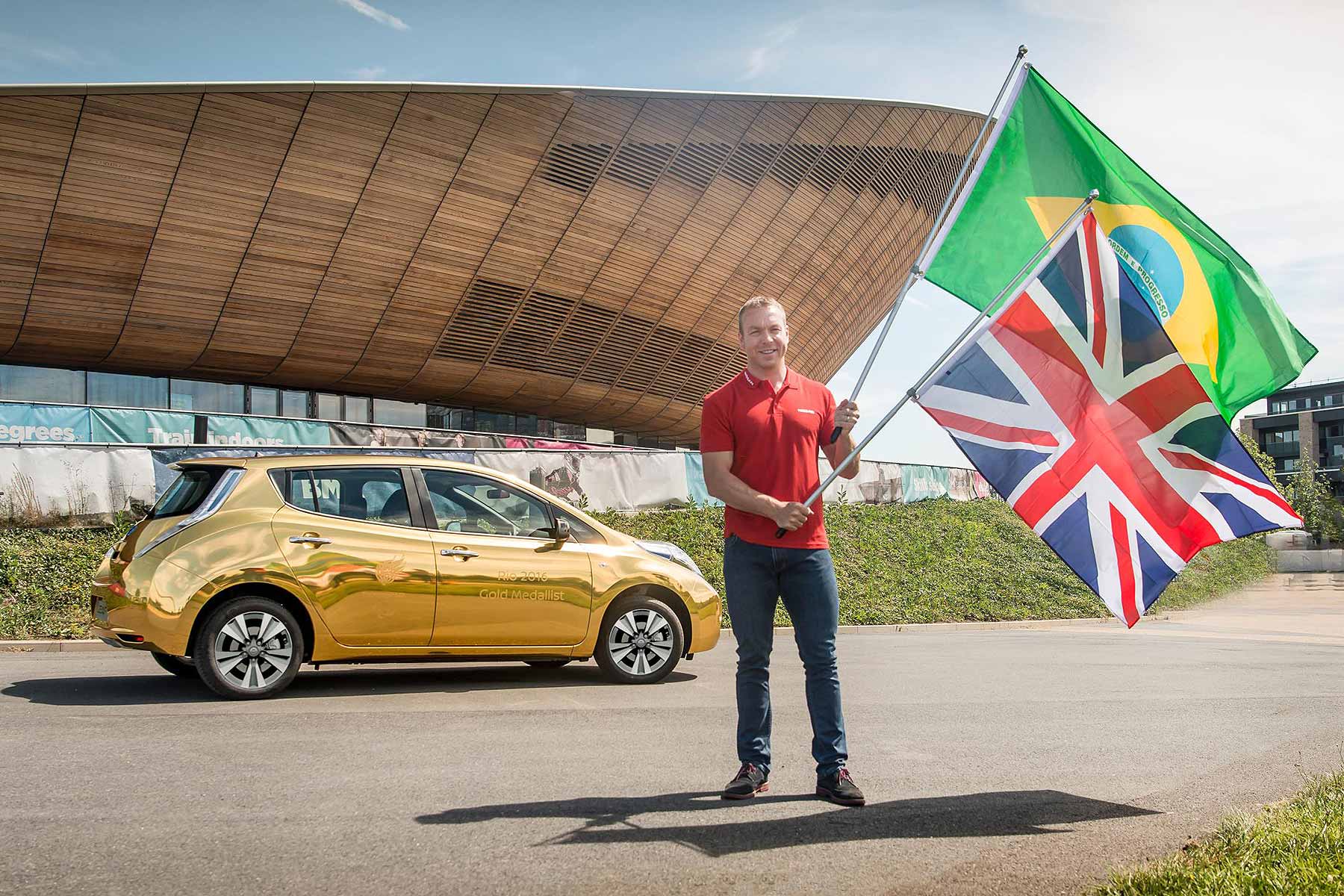 Nissan is offering each of its Olympic ambassadors the opportunity to win a gold-wrapped Leaf EV. All they have to do is… win a gold medal at the Rio Olympics.

The prize athletics competition has been launched by Sir Chris Hoy, himself a Nissan ambassador who knows a thing or two about winning Olympic golds: he has six of them (plus a silver).

Speaking at the launch of the competition at the Lee Valley Velopark (where he himself won a few of his own golds), Sir Chris said “it would be fantastic to hand over one of these special gold Nissan Leafs on their return”.

Nissan’s athletes include heptathlete Katarina Johnson-Thompson, gymnast Max Whitlock, David Weir CBE and Richard Whitehead MBE: “Nissan is fully behind all of the GB athletes heading to Rio,” said Nissan GB marketing director Chris Marsh, “but will of course be keeping a close eye out for those we have individually supported over the course of the Games’ cycle on their road to Rio 2016.”

To remind everyone of the prize its athletes are in the running for, Nissan will be displaying a gold Leaf at the Nissan Innovation Station at The O2 in London throughout the whole Games period.

There’s just one line in the small print Nissan’s Olympians need to be aware of though: it’s only one Nissan LEAF per Nissan gold medal winner, regardless of how many gold medals they actually win.

Sir Chris himself, of course, won a total of thee gold medals at the 2008 Olympics alone. Maybe Nissan is mindful of this…

Nissan athletes who could win a gold Nissan Leaf