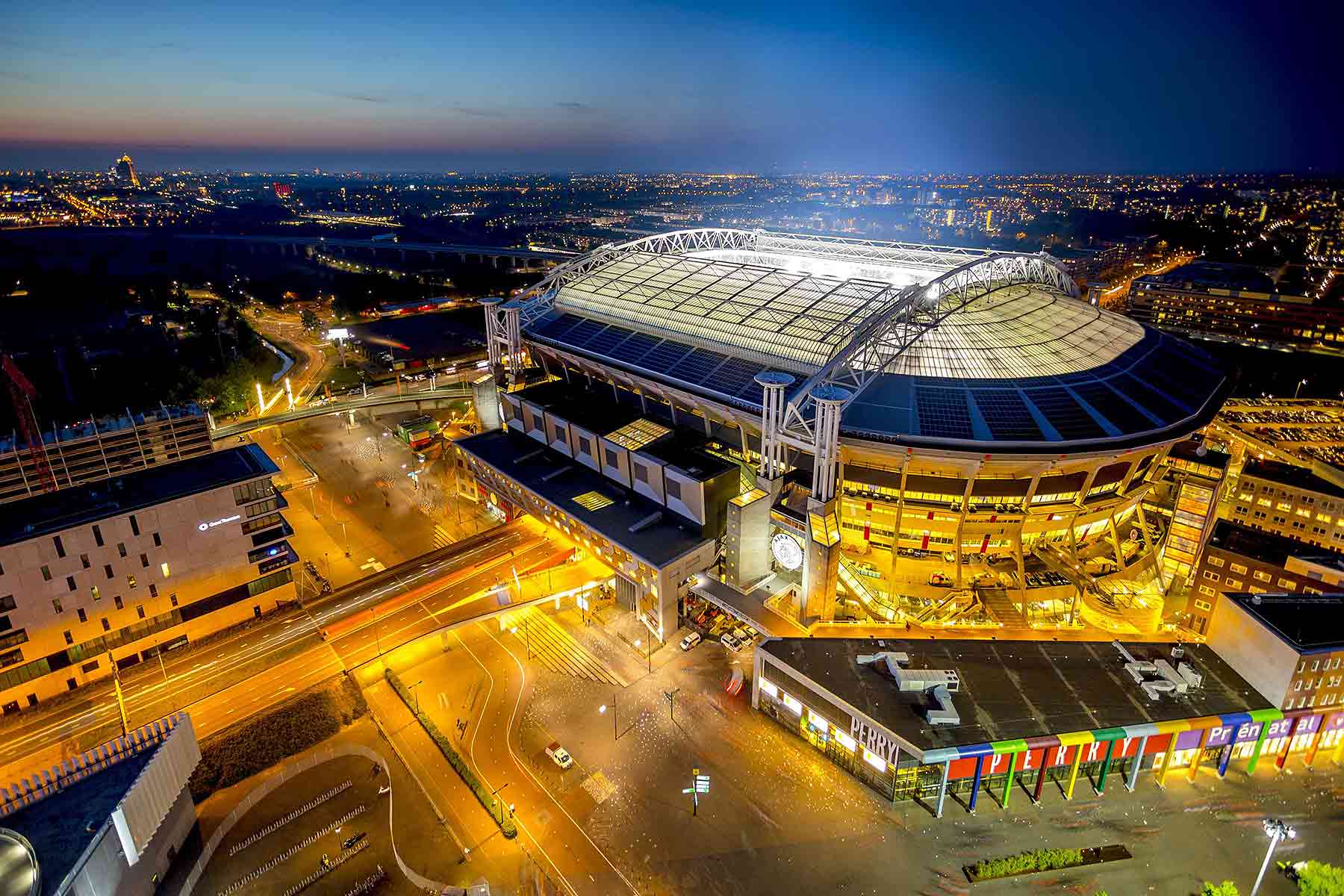 Old and new Nissan Leaf batteries have been used to create Europe’s largest energy storage system at the Johan Cruijff Arena in Amsterdam.

It’s a 3-megawatt storage system which comprises 148 Nissan Leaf batteries and Eaton power conversion units – and it can store enough energy to power the stadium (named Dutch after football legend Johan Cruijff), its visitors and the stadium’s neighbours, with enough left over to feed energy into the Dutch energy grid.

All the power is generated through 4,200 solar panels on the stadium’s roof, and the total capacity is such that the energy grid can be stabilised even when the stadium is hosting high-demand events such as concerts.

Nissan is championing it because it’s not only a more sustainable energy system, it’s a great example of how electric vehicle batteries can be given a ‘second life’ as part of a circular economy.

“Thanks to this energy storage system, the stadium will be able to use its own sustainable energy more intelligently and, as Amsterdam Energy Arena BV, it can trade in the batteries’ available storage capacity.” says Henk van Raan, director of innovation at the Johan Cruijff Arena.

“The Arena is assured of a considerable amount of power, even during an outage.”

“Thanks to the Johan Cruijff Arena we can demonstrate today that re-purposing the batteries of Nissan electric vehicles can contribute to make the whole energy system more efficient and sustainable.”