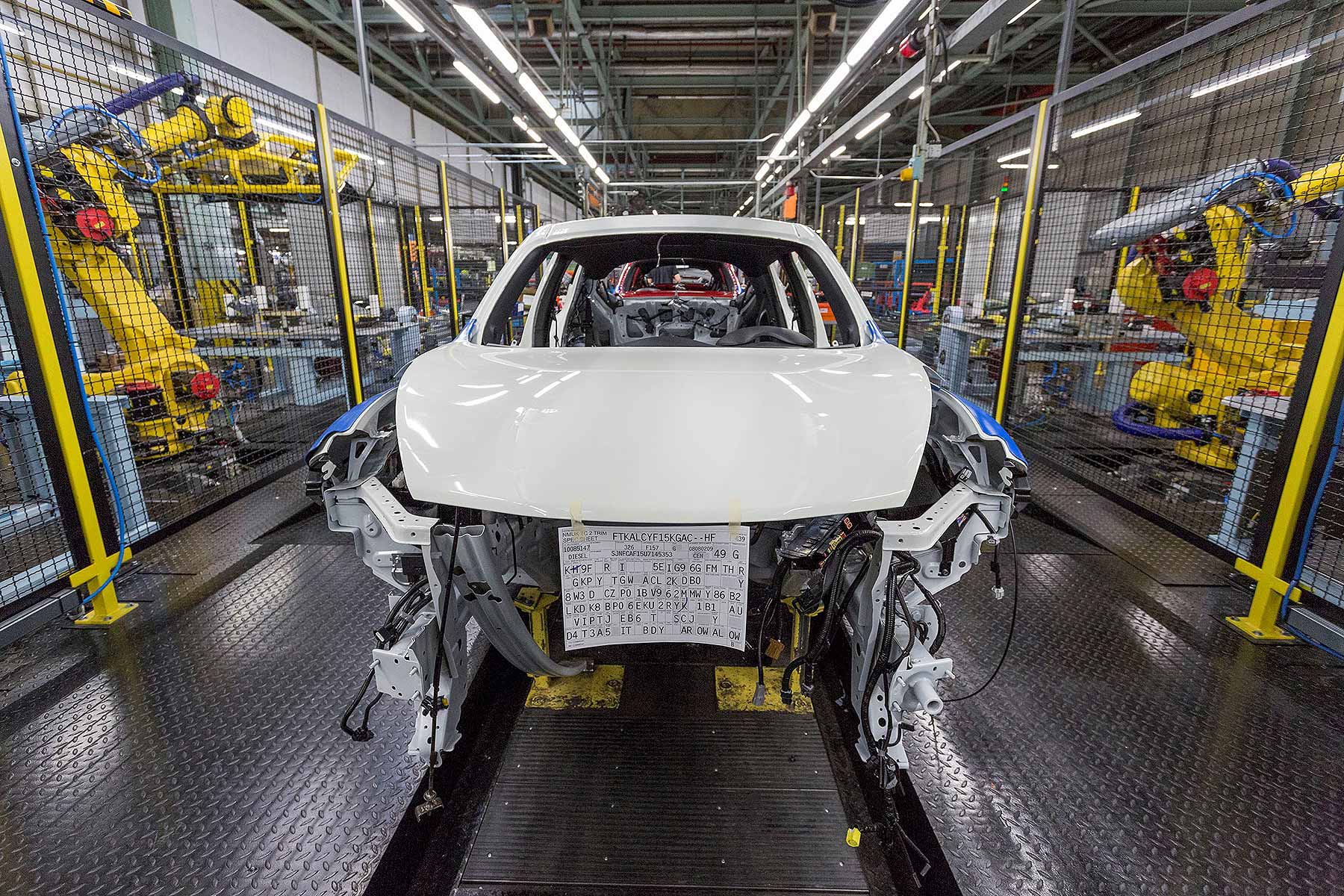 Nissan has secured 7,000 jobs at its Sunderland factory, and a further 28,000 in the supply chain, by confirming the next-generation Qashqai and X-Trail will be built there. The Unite union says this is thanks to the “world class” workforce employed there.

It is a “massive vote of confidence in Britain’s world-beating car industry”, claims Unite.

The surprise announcement, which came today ahead of a decision previously expected next month, confirmed the next-generation Qashqai for Sunderland. In an added surprise, Nissan announced the X-Trail seven-seat SUV will also now be built there.

Unite assistant general secretary Tony Burke said: “Nissan’s decision is a massive vote of confidence in the skills and expertise of a world-class workforce and testament to their hard work which has made the Sunderland plant one of the most productive in the Nissan family.

“The decision to build the new Qashqai and X-Trail in Sunderland is recognition of the UK car industry’s status as a world leader and secures tens of thousands of jobs at the Sunderland plant and throughout the supply chain.”

Burke also sounded a warning for the government, though, as discussions around Brexit continue. “It is vital that the government supports the car industry and secures tariff-free access to the single market to ensure other manufacturers follow Nissan’s lead and invest in the UK car industry.”

Although the future Qashqai has been secured, several other car manufacturers are due to make investment decisions for UK facilities, said Burke. Tariff-free access to the single market, stresses Unite, will play a key role in these decisions.

The next major UK car factory due to make an announcement regarding future product is Toyota. Its Burnaston facility makes the Auris hatchback and Avensis large family car. It’s unlikely the slow-selling Avensis will survive: all eyes are therefore on what Toyota decides to do with the Auris.