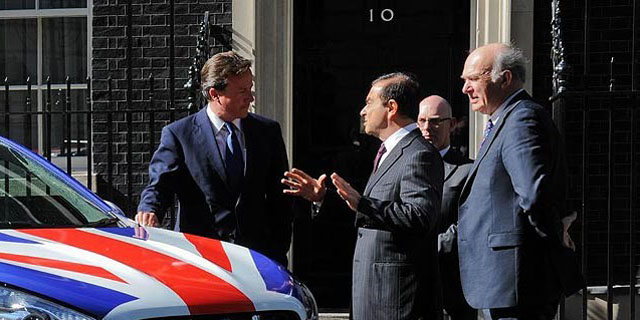 Nissan chief executive Carlos Ghosn has warned that Nissan could leave the UK if the public vote ‘yes’ in the EU referendum promised by the Conservatives should they win the 2015 General Election.

Ghosn gave the warning to the BBC while he was in London to launch the new British built Nissan Qashqai.

“If anything has to change, we [would] need to reconsider our strategy and our investments for the future,” he told a reporter.

He did, however, add that he believed Britain’s exit from the EU ‘to be unlikely’.

Nissan is a huge automotive employer in the UK, with the Sunderland plant alone accounting for 6,500 jobs. Nissan directly employs 11,000 people in total and supports a further 24,000 jobs in UK suppliers (add in suppliers to those firms and the total is even higher).

Last year, Sunderland built more than half a million cars. One car in every three built in the UK is a Nissan and it’s been the country’s biggest car producer since 1998.

The Renault-Nissan Alliance chief executive has been a public supporter of EU membership for Britain in the past, arguing that the threat of import tariffs between the UK and the rest of Europe would be an ‘obstacle’.

The new Qashqai is a model solely designed for and built in Europe.

However, Ghosn did add that the UK is, right now, one of the best places in the world to invest.

This is why Nissan is doing just that: in recent years, a new electric car battery plant has been built at Sunderland, production of the Nissan LEAF began there, and premium Infinitis are also going to be built there in a further development of the site.

He also praised the Wearside factory. “I’m not worried about Sunderland. Sunderland is a very competitive plant, it’s a very productive plant and it’s a European plant based in the UK.”