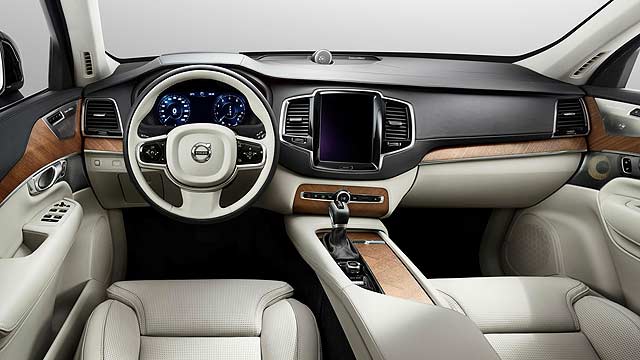 Volvo has shown the first official images of the all-new XC90 – but instead of the usual tortuous teaser buildup shots, it’s taken a different approach to the gradual reveal of the car…

It’s showing the interior in full first, before later revealing the exterior.

The approach is neat and underlines just how important the interior is to this car. Indeed, the firm says it’s the most luxurious ever seen in a Volvo, with plenty of soft leather, wood, diamond-cut controls and a crystal glass gearlever from Swedish brand Orrefors.

At its centre is Volvo’s all-new touchscreen system, that’s centered on a tablet-like screen in the centre of the dash. It replaces nearly all the car’s buttons and allows access to both vehicle systems and internet products.

MR tried this new system at the 2014 Geneva Motor Show, while in discussion with Volvo Cars interior design director Robin Page: we were impressed, and certainly think it’s convincing on the safety front too. 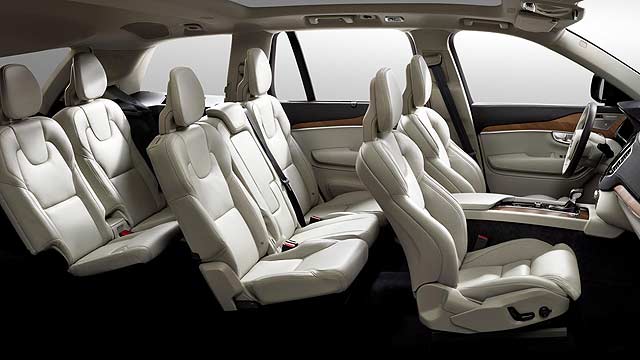 The interior shots also confirm the new XC90 will continue to offer seven seats, and also shows it will boast at least four-zone climate control: could it include controls for the third row, making it a five-zone climate car?

Note the Swedish flag sewn into the seats too: Page told us harnessing traditional Swedish materials is one of his aims for future Volvos, so we can expect plenty more to follow the Orrefors gearknob. 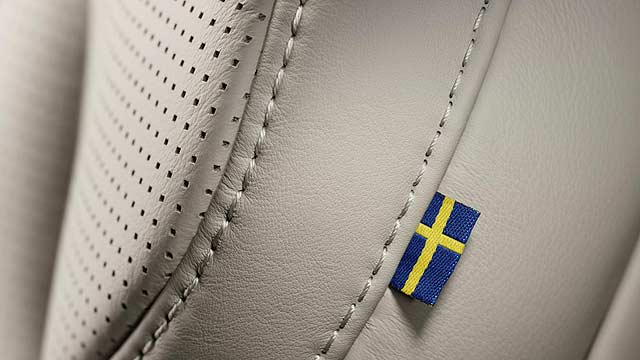 What next for the Volvo XC90?

Volvo has also released a timetable for what’s coming next with the new XC90. In late July, it’ll tell us more about the car’s safety features plus, interestingly, “interior air quality” features (suggesting some clever new air filtration gadgets?).

Chassis and engine details will begin in mid-July and continue through the summer; the full exterior launch will come at the end of August.