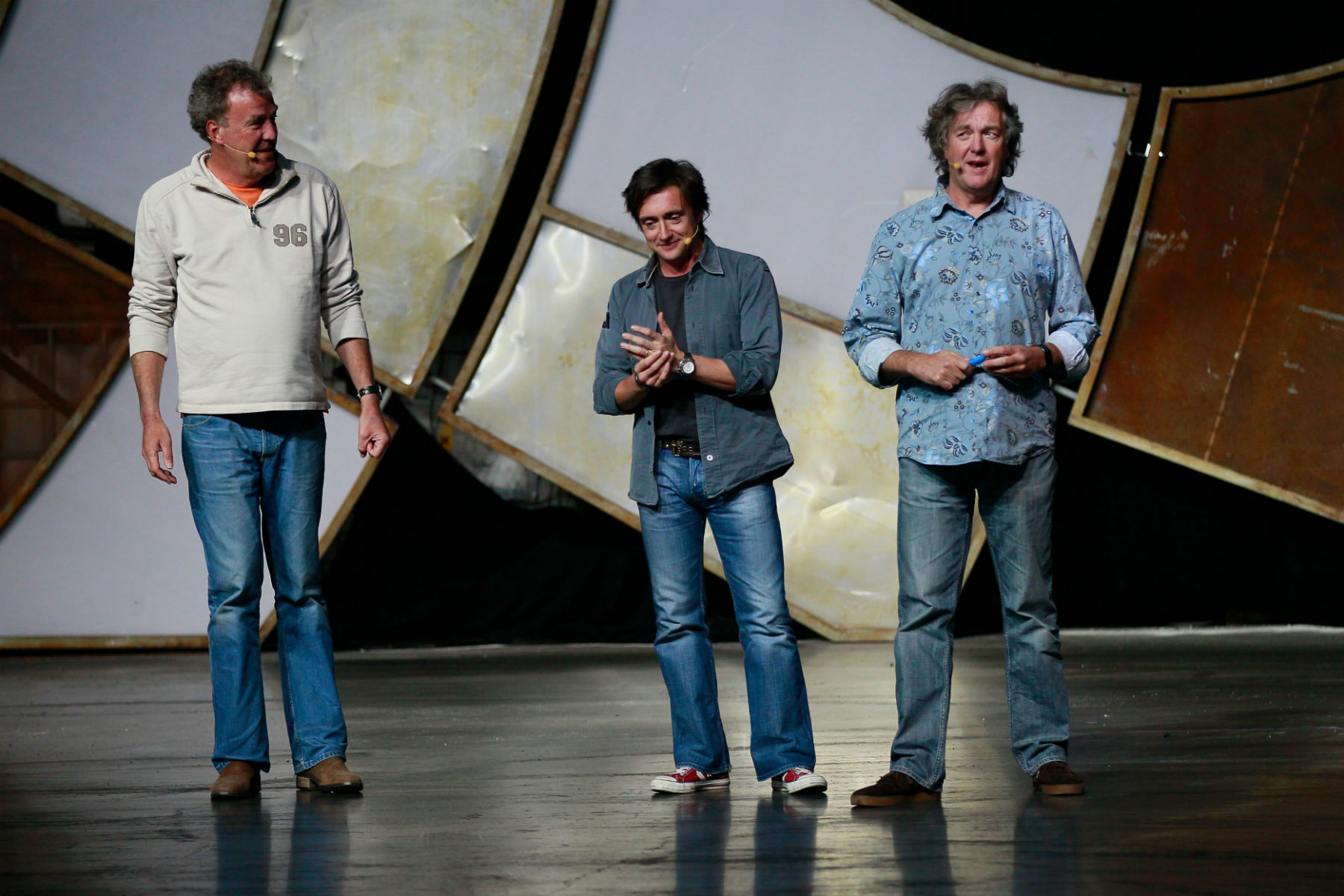 The new Amazon Prime TV show set to rival the BBC’s Top Gear has been named: The Grand Tour.

The programme will be presented by former Top Gear stalwarts Jeremy Clarkson, Richard Hammond and James May. Only those who have signed up to Amazon Prime’s £79-per-year streaming service will be able to watch it.

Clarkson announced The Grand Tour on Twitter by saying: ‘Start the smoke. We have a name.”

The controversial presenter then explained: “We’ll be travelling the world hosting each episode in a different country, from a giant tent. It’s a sort of “grand tour”, if you like. So we’ve decided to call it ‘The Grand Tour’.”

Clarkson later tweeted: “So, The Grand Tour (GT for short) will come from a tent, which we will put up in a different location every week. Your town?”,  although it’s not yet clear if fans can nominate their town to host the show,

Hammond and May seemed less enthusiastic about the name. Hammond said: “We’ve got a name. And it was bleeding obvious cos it’s what we’re doing: coming from a different place every week.”

And James May remarked: “I wanted to call it ‘Nigel’, or ‘Roger’. We needed a name, and they’re names.”

With the three presenters, plus former Top Gear producer Andy Wilman on board, it’s likely the show will have many similarities to the old BBC Top Gear.

And we know the new series will start with a bang: namely a group test of the Ferrari LaFerrari, McLaren P1 and Porsche 918 Spyder hypercars.

In a similarity with the forthcoming, Chris Evans-hosted Top Gear, several Reliant Robins will feature, too.

A 12-episode series of The Grand Tour will begin on Amazon Prime this autumn.